When you sit back home and watch a chess tournament, you see the players, their moves, their games and their scores. However, when you are present at the venue, you not only watch the games, but you try to soak in the environment. On 25th and 26th of May 2019 an extremely strong six round rapid event was held at Lindores Abbey in Scotland. Magnus Carlsen, Vishy Anand, Ding Liren, and Sergey Karjakin were the players. IM Sagar Shah was invited to the tournament as a journalist. Sagar's main aim was the coverage of the event, but at the same time he met a lot of different personalities. In this article he talks about the people whom he met and his overall experience of attending the strongest tournament ever held on Scottish soil.

I have seen chess tournaments taking place at weird locations - inside a restaurant, or a mall, or even on the streets, but I never thought that a world class tournament could take place inside a whisky distillery. Why was Lindores Abbey Distillery, based in Scotland, all of a sudden organizing a chess tournament? And not just any normal event. They invited the best players of the world to make sure that the entire world took notice of what they were doing.

Chess inside the distillery! Not very common. 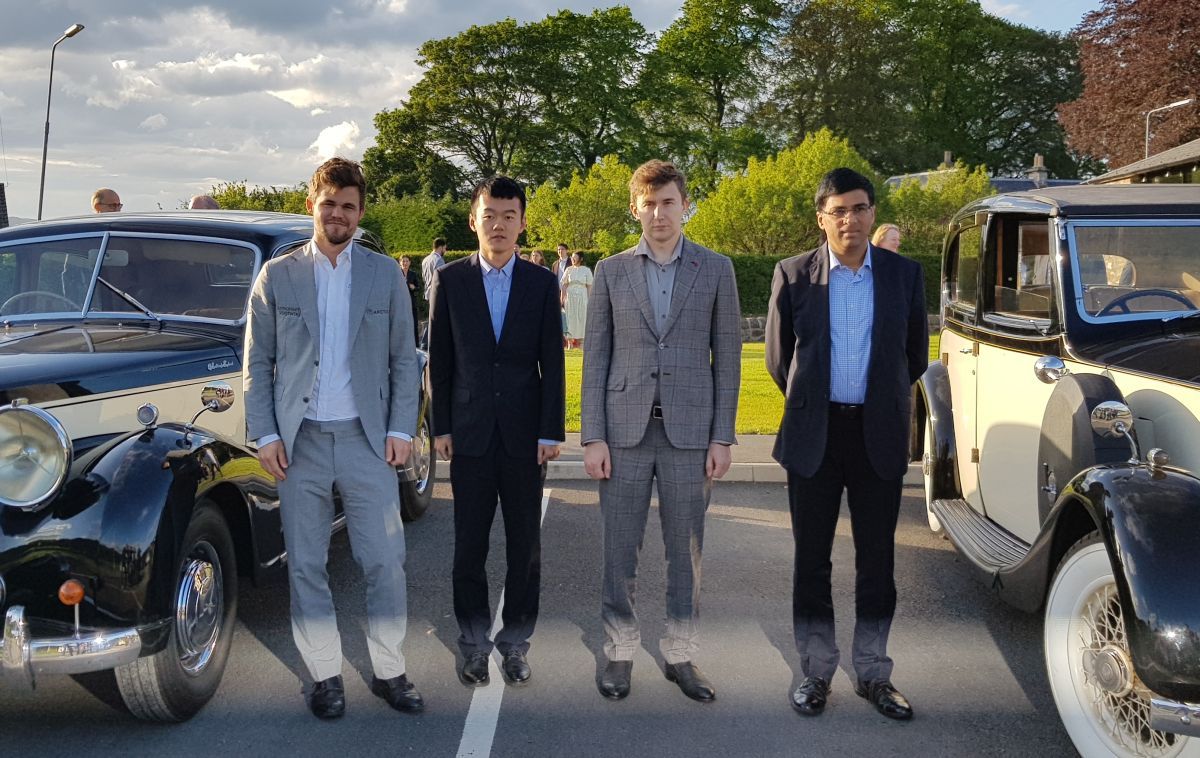 It's never easy to get hold of these top players with their busy schedules. But the organizers found a sweet spot between the Abidjan leg of the Grand Chess Tour and Norway Chess. Besides the event was only held for a couple of days and was quite relaxed in nature. Coming to the reason why the chess tournament was held in the distillery - While going through the history books of Lindores Abbey, which were written over 500 years ago, a quote was found: 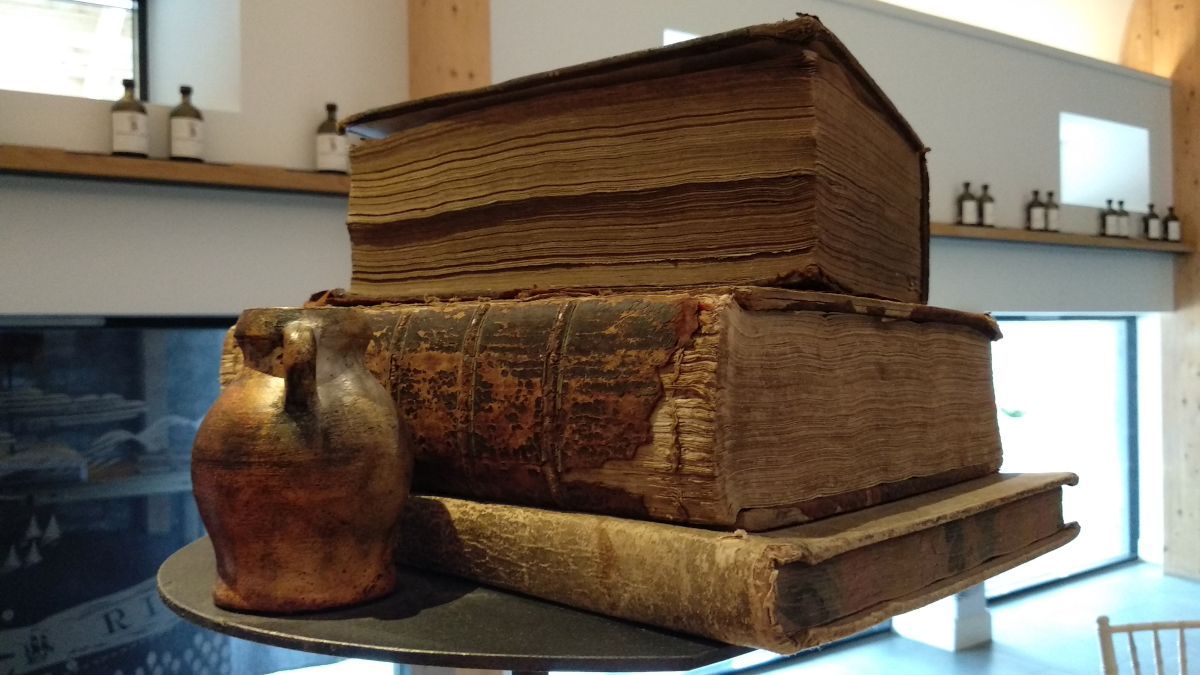 "Two thabills wt thair men" translates to two chess boards with their pieces! The monks back in 1490s not just made whisky in the Lindores Abbey, but they also were playing chess! This was a good enough reason to link the Lindores Abbey brand with chess. Whisky for the smart!

The interest generated by a super tournament being held in Scotland was quite huge. Hundreds of people visited the tournament hall and what I found really amazing was how the organizers wanted to give the visitors a good time. An experience that they wouldn't forget for the time, money and effort that they had spent to come to the Lindores Abbey to witness the tournament live.

The choice of commentators - Daniel King and Genna Sosonko was great. Both had plenty of stories to share along with some hardcore chess analysis. The fact that people could watch their heroes at such a close distance was truly once in a lifetime opportunity. 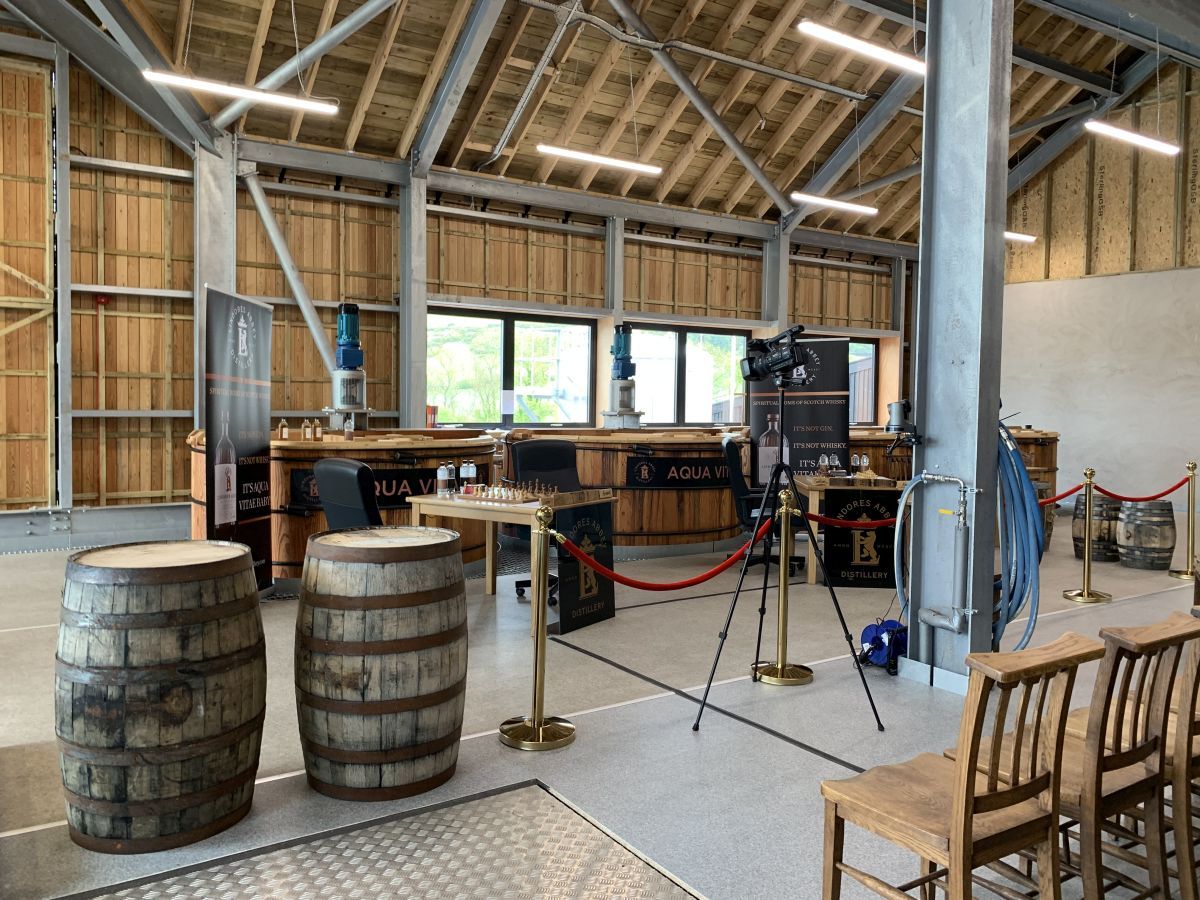 The playing hall was not allowed to be accessed by the visitors | Photo: Kallia Kleisarchaki 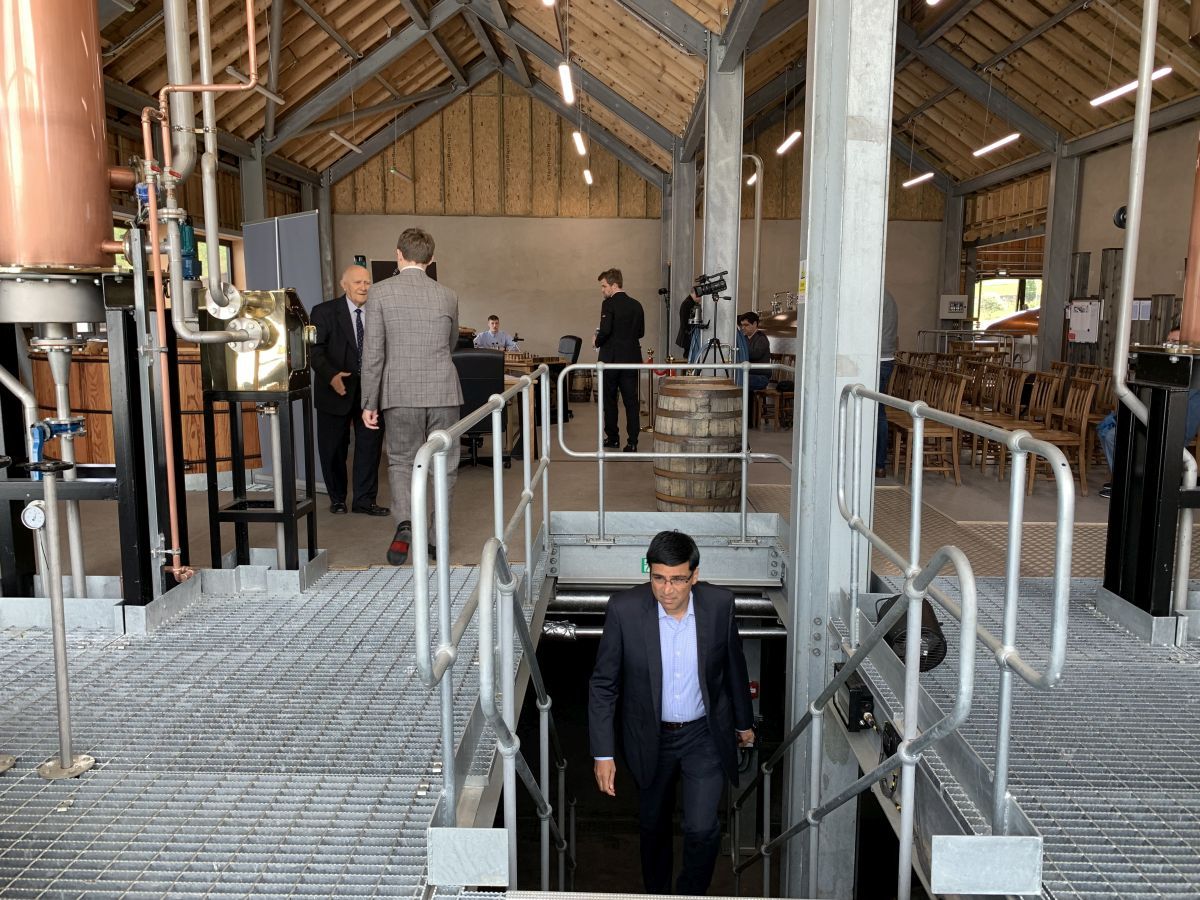 The players would come to the playing hall from the staircase. Next time this can surely be used for a dramatic entry! | Photo: Kallia Kleisarchaki 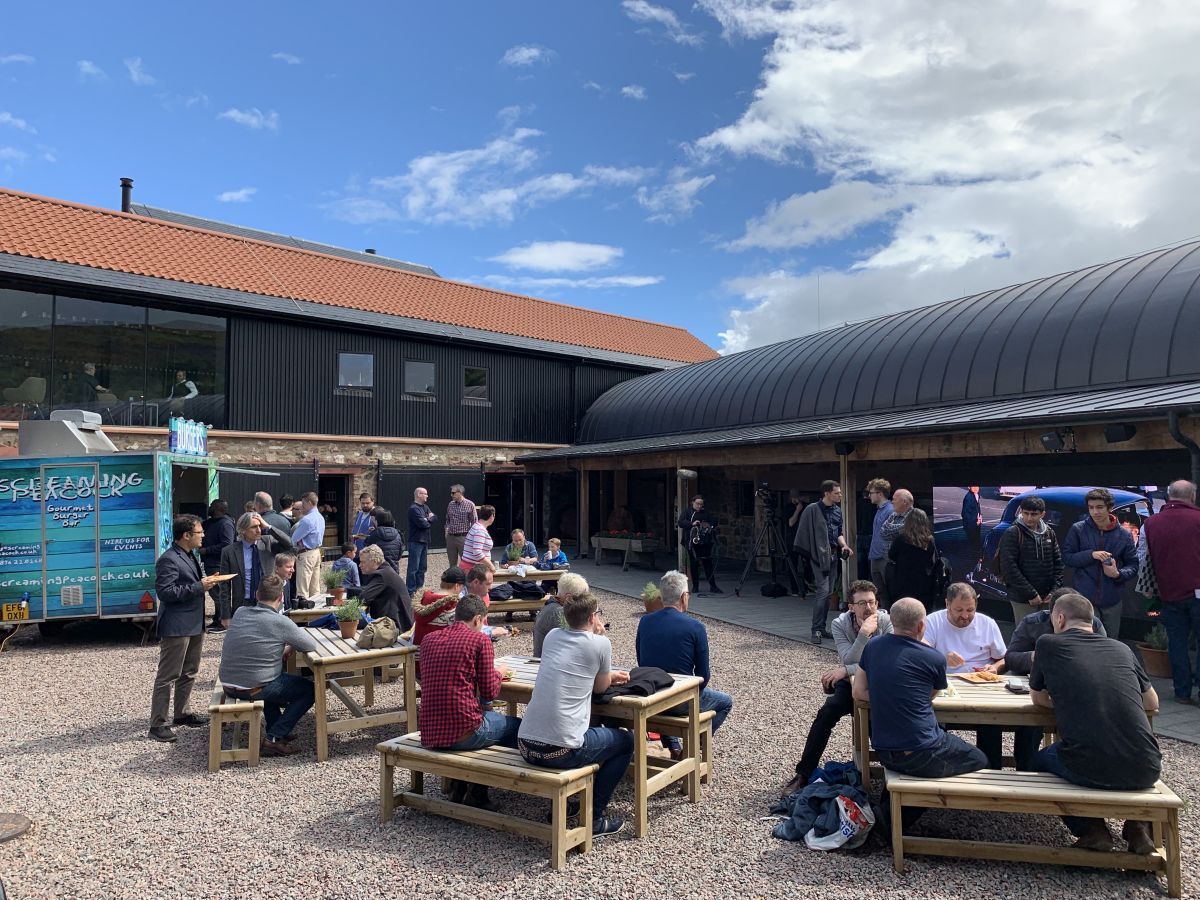 The thing I loved the most were these open air tables where people could sit and enjoy a drink as well as a some food and... | Photo: Kallia Kleisarchaki 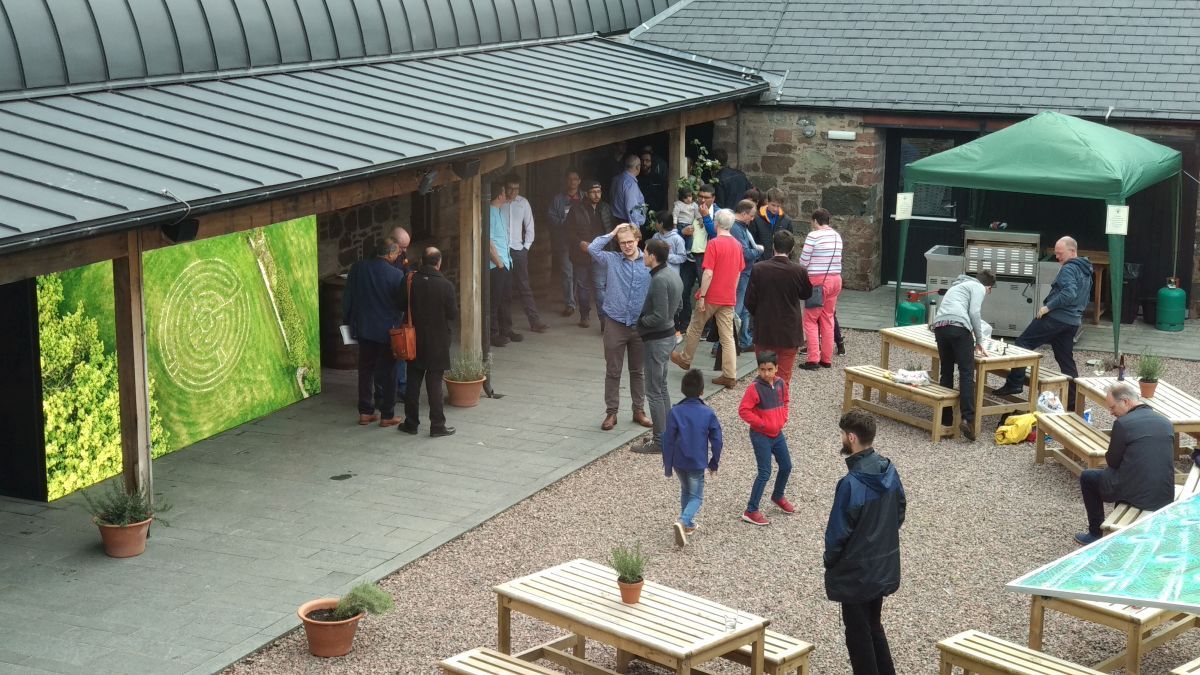 ...watch the commentary on a big screen! | Photo: Kallia Kleisarchaki 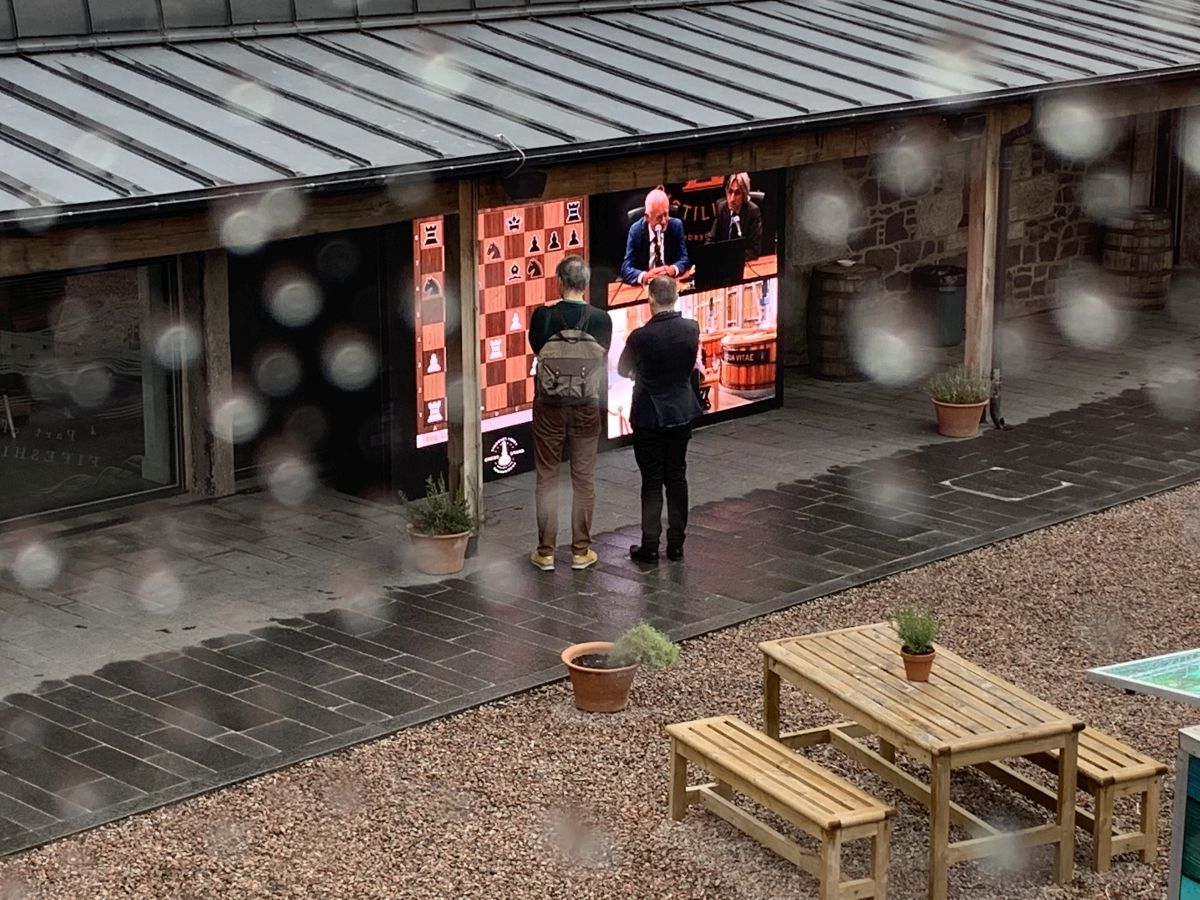 In Scotland you can never predict the weather! A nice sunshine can turn into an overcast day, just like how we chess players are used to seeing our winning positions turn 180 degrees every now and then! | Photo: Kallia Kleisarchaki 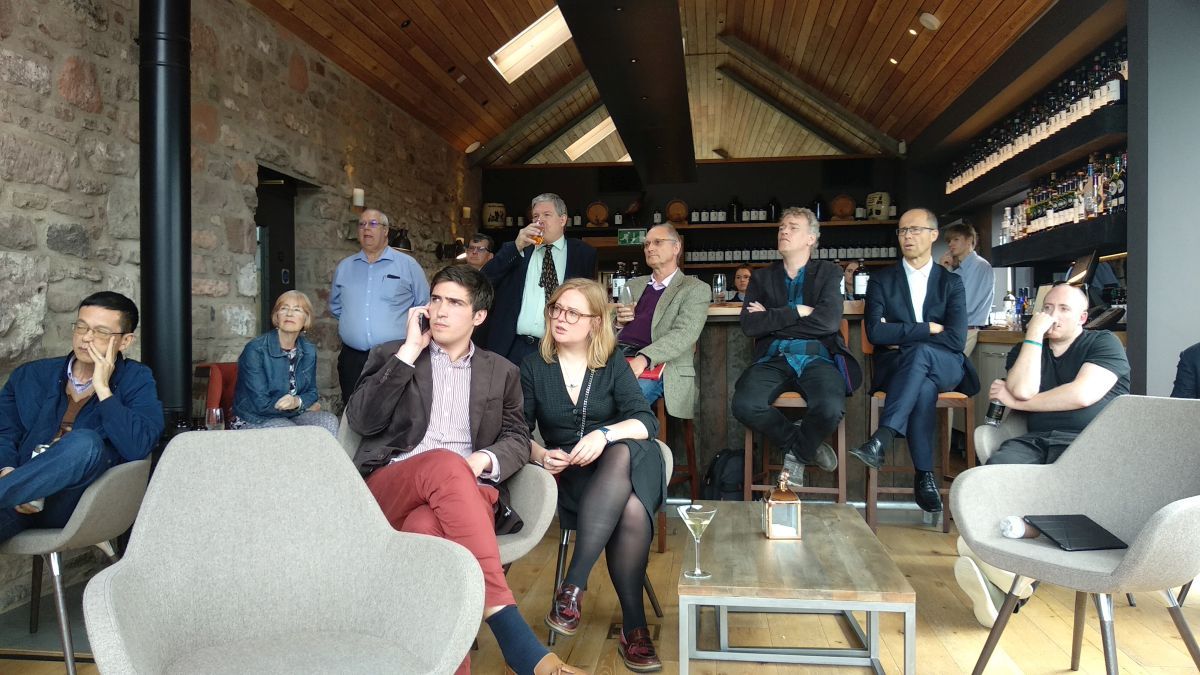 There was also VIP bar where you could enjoy the drink and watch the game on a big screen | Photo: Kallia Kleisarchaki 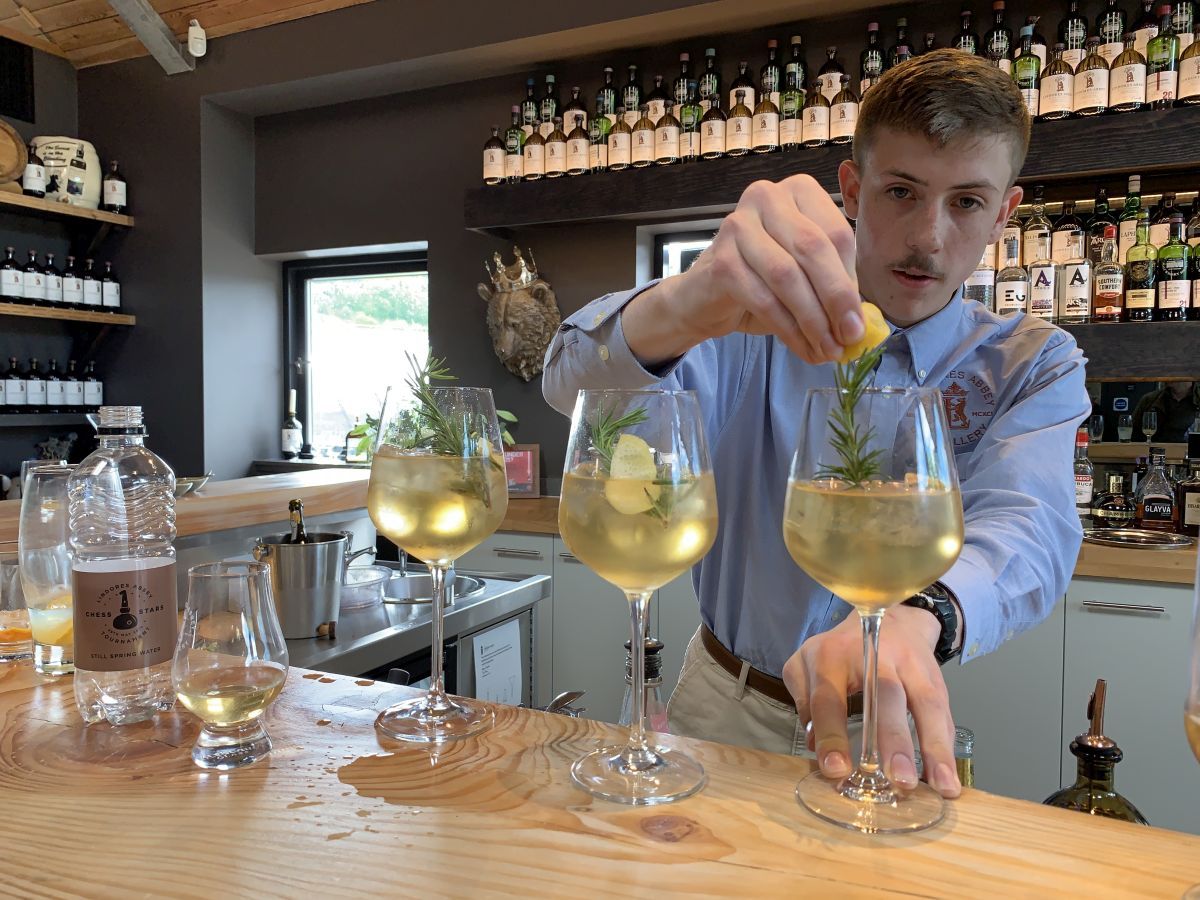 When you are in a distillery, you are sure to get a nice drink for yourself! | Photo: Kallia Kleisarchaki 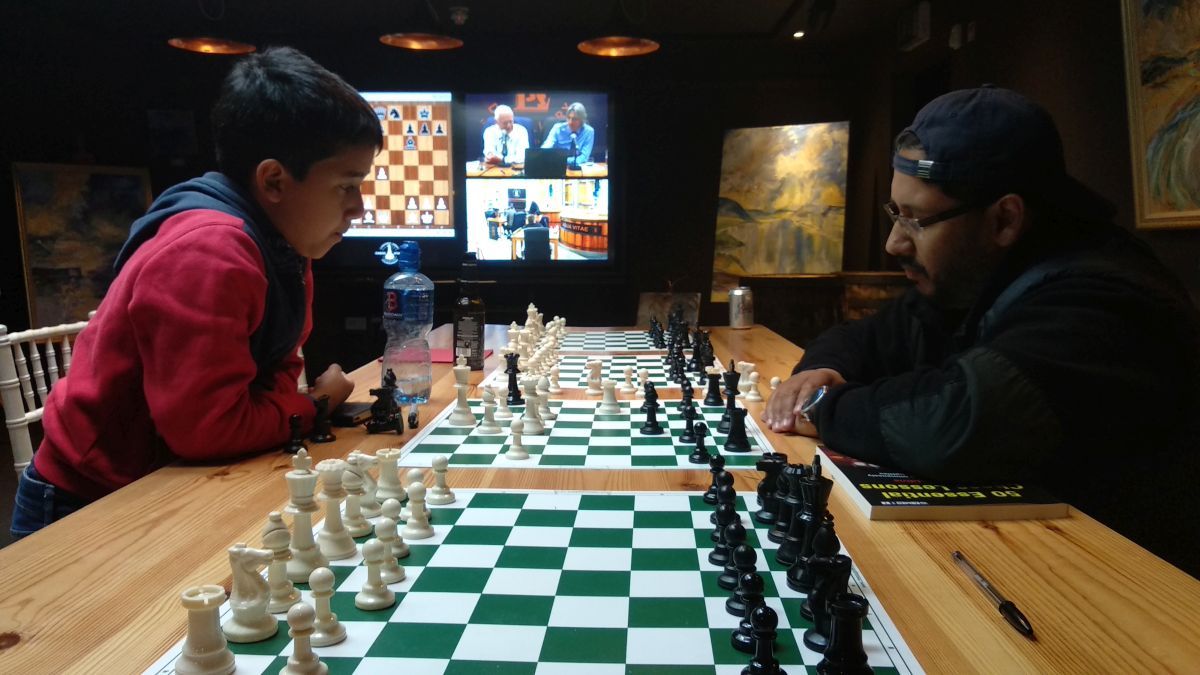 The organizers had taken care to have some chess boards so that people who came to visit could also play or analyze on them | Photo: Kallia Kleisarchaki 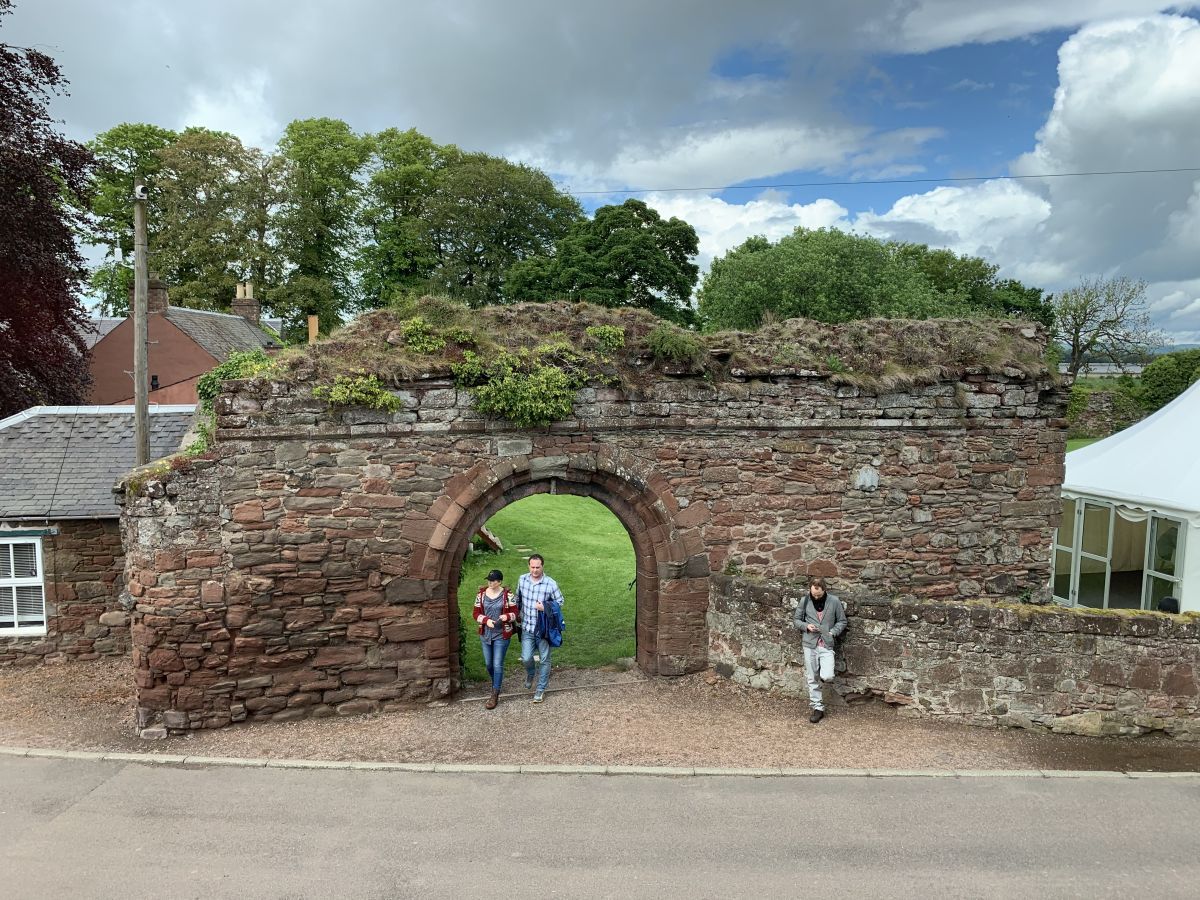 The Abbey Ruins were right opposite the playing hall | Photo: Kallia Kleisarchaki 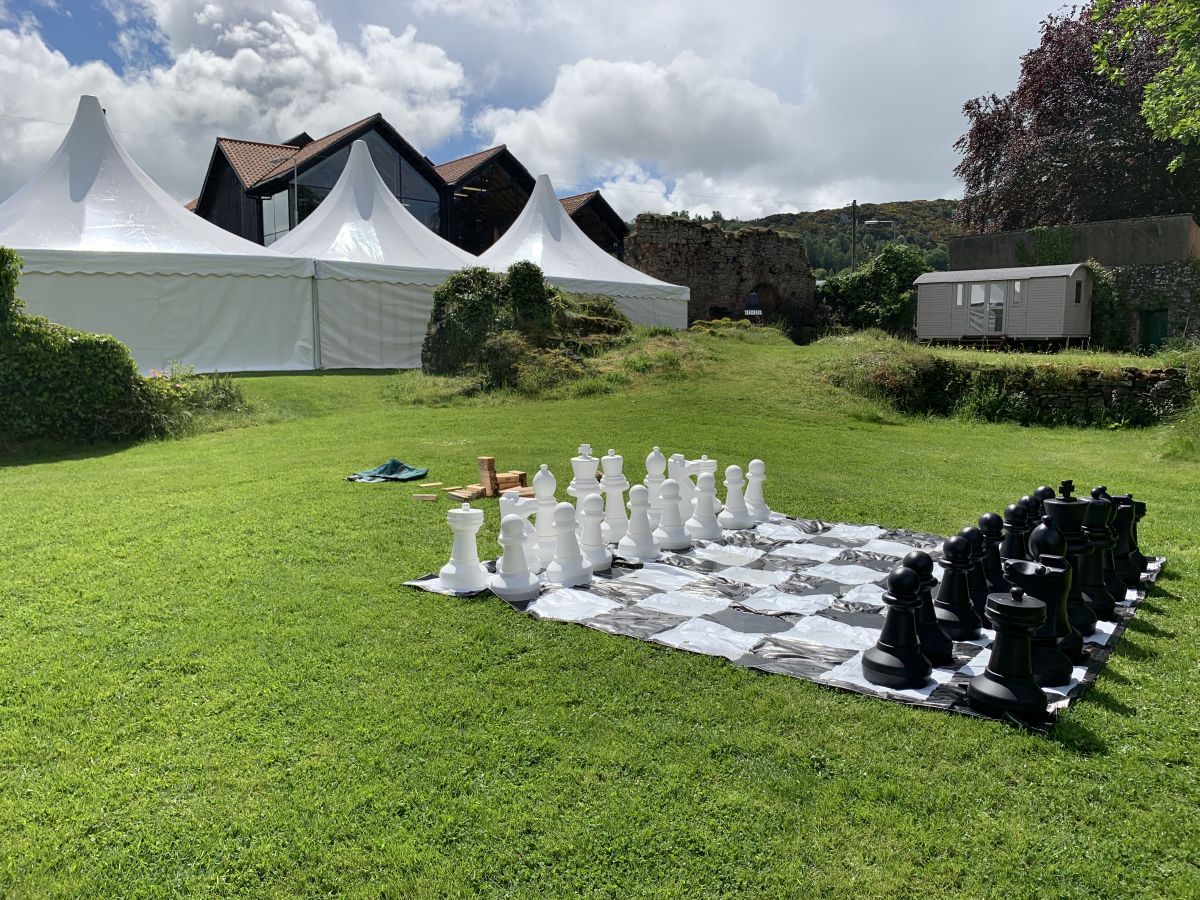 The personalities at the event

A chess event is always memorable and special because of the personalities involved. The players being world class ensured that the event grabbed the attention of chess fans across the globe, but apart from the players, there were plenty of interesting personalities that I met and interacted with and would like to mention about them here. 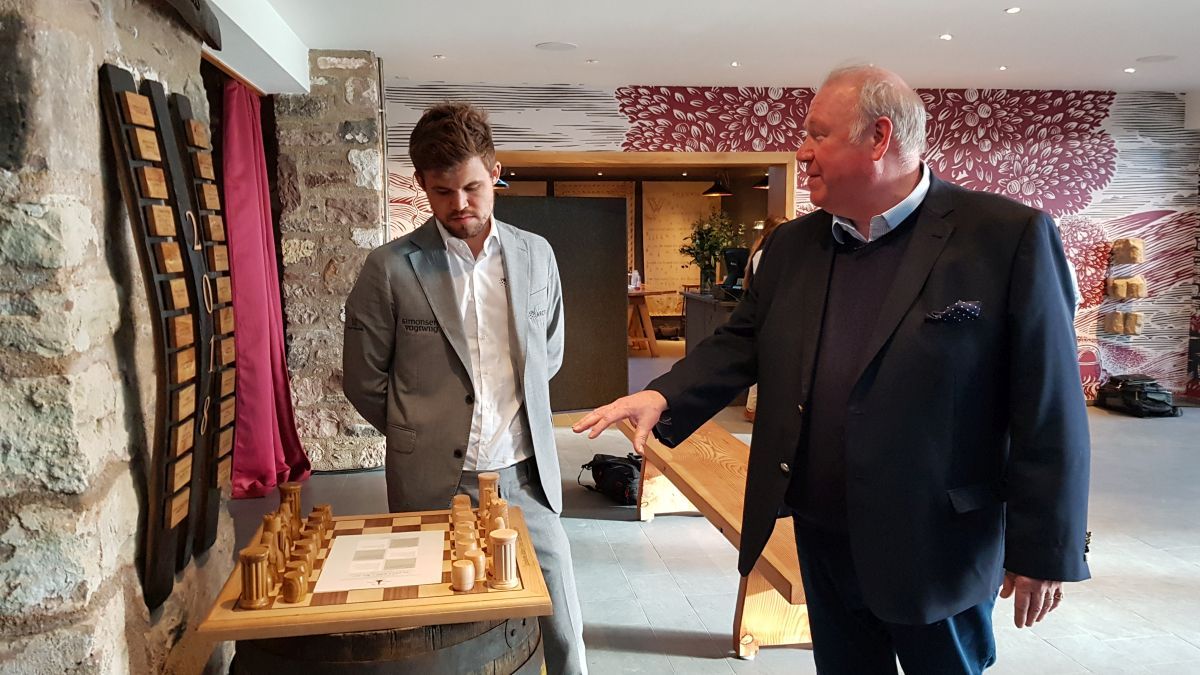 Drew Mckenzie Smith, the CEO of Lindores Abbey Distillery held up quite amazingly well for a man who had never been close to the game of chess in his life. Within a couple of days he had interacted with some of the best players in the world and put up an event which would be remembered by the Scottish fans for years to come.

Drew's wife Helen welcomes Daniel King. Drew and Helen together founded the distillery and were the kindest of hosts. Their hospitality is something from which I learnt quite a lot. 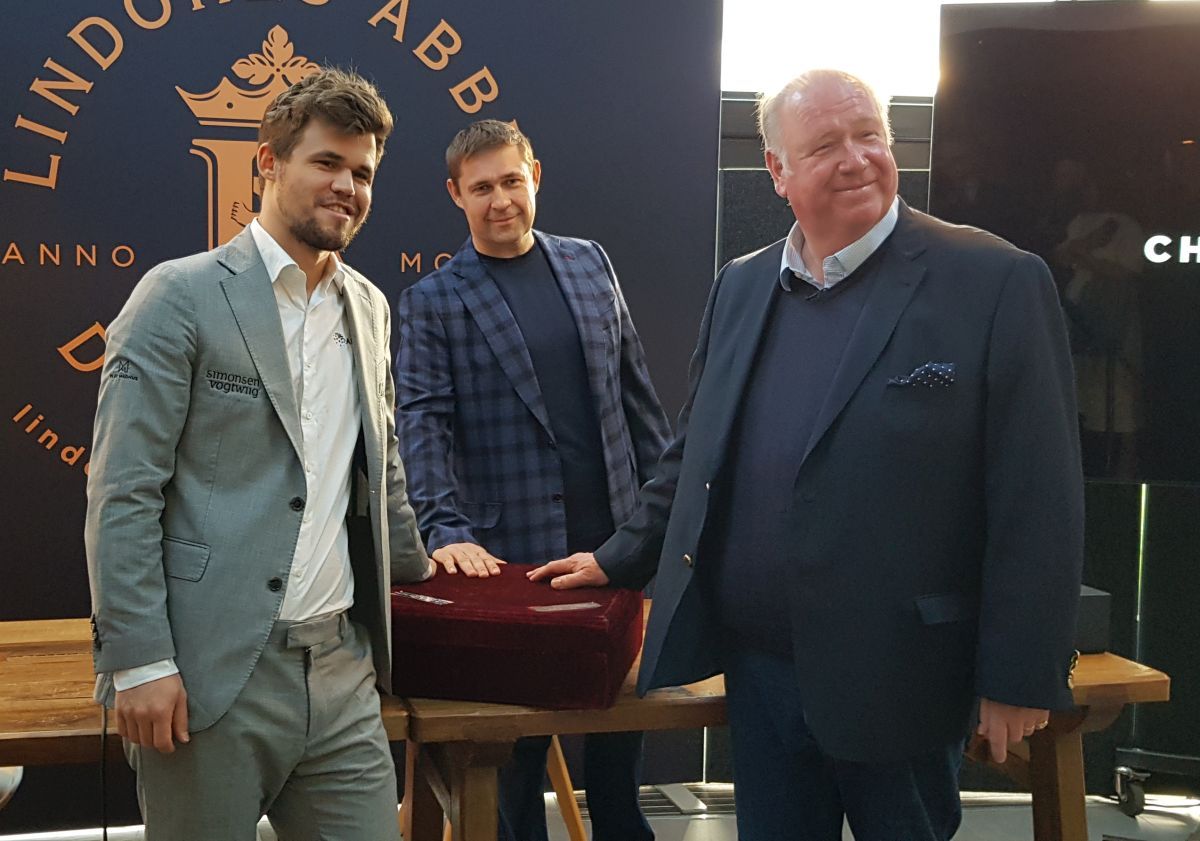 The man in the centre is one of the main reasons why the entire tournament took place. His name is Anton Buslov and he is a Russian entrepreneur. Being a chess lover and an investor in the Lindores Abbey Distillery, he brought the two together - chess and whisky! 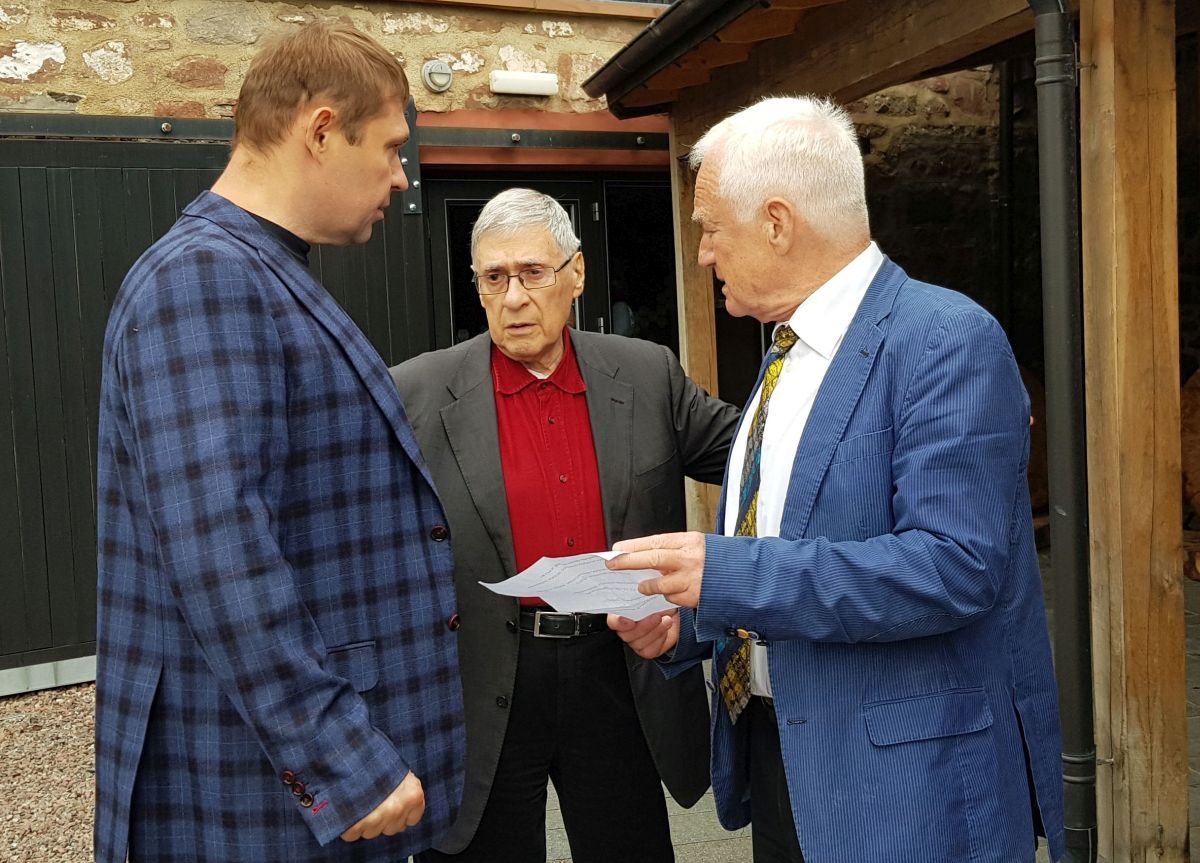 You have a sponsor for the event, you know the place that is going to host it, but you definitely need a tournament a director who can talk to the players, bring together commentators, arbiters, journalists and more. This role was performed to perfection by Alexander Bakh (centre), who is now 80 years old! 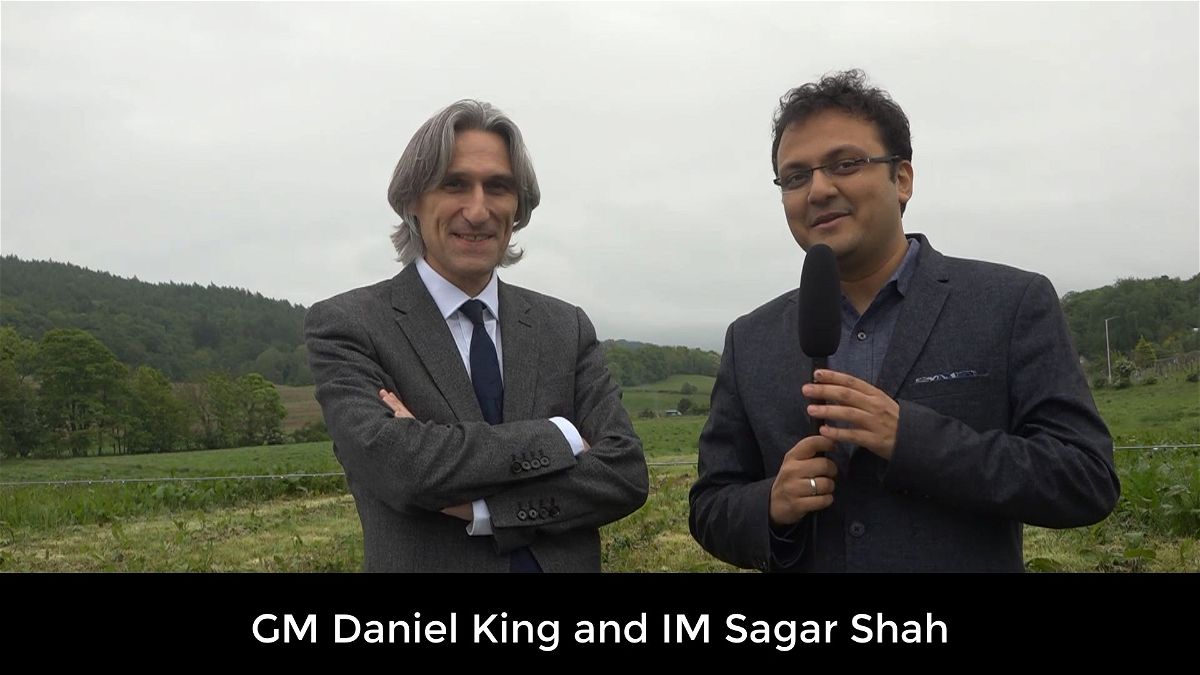 As a youngster, I feasted on Daniel King's Powerplay series. It helped me to improve tremendously as a player. Back then, it was my dream to do a video together with Dan. Turns out that at the Lindores Abbey tournament, we recorded not one, but two round up videos together! Day 1 and Day 2. 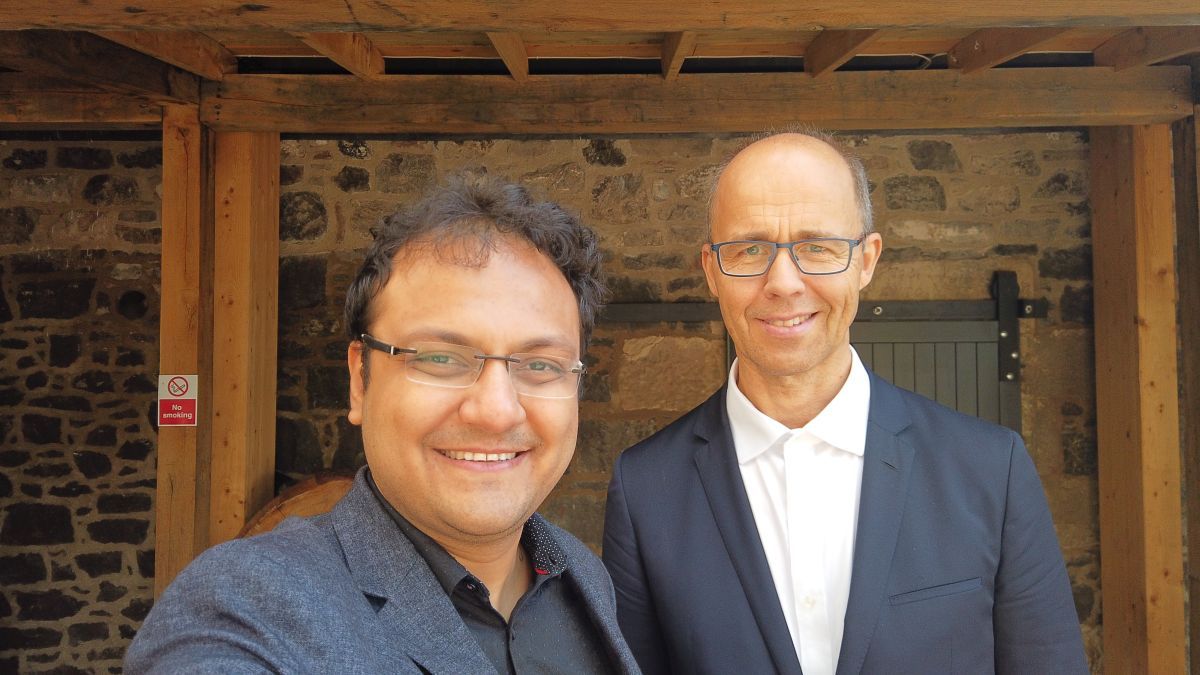 Meeting Henrik Carlsen was one of the biggest pleasures for me in the trip. I was able to do a 35-minute interview with him, which was quite memorable for me. 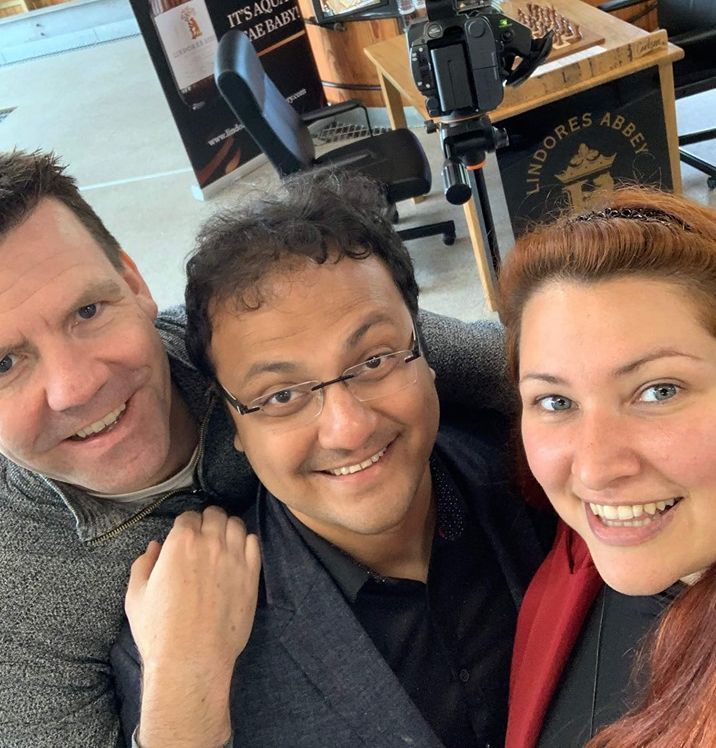 My good friends Jacob Aagaard and Kallia Kleisarchaki travelled from Glasgow to meet me and watch the event. Although there wasn't much time that we could spend, it was great to catch up with them. 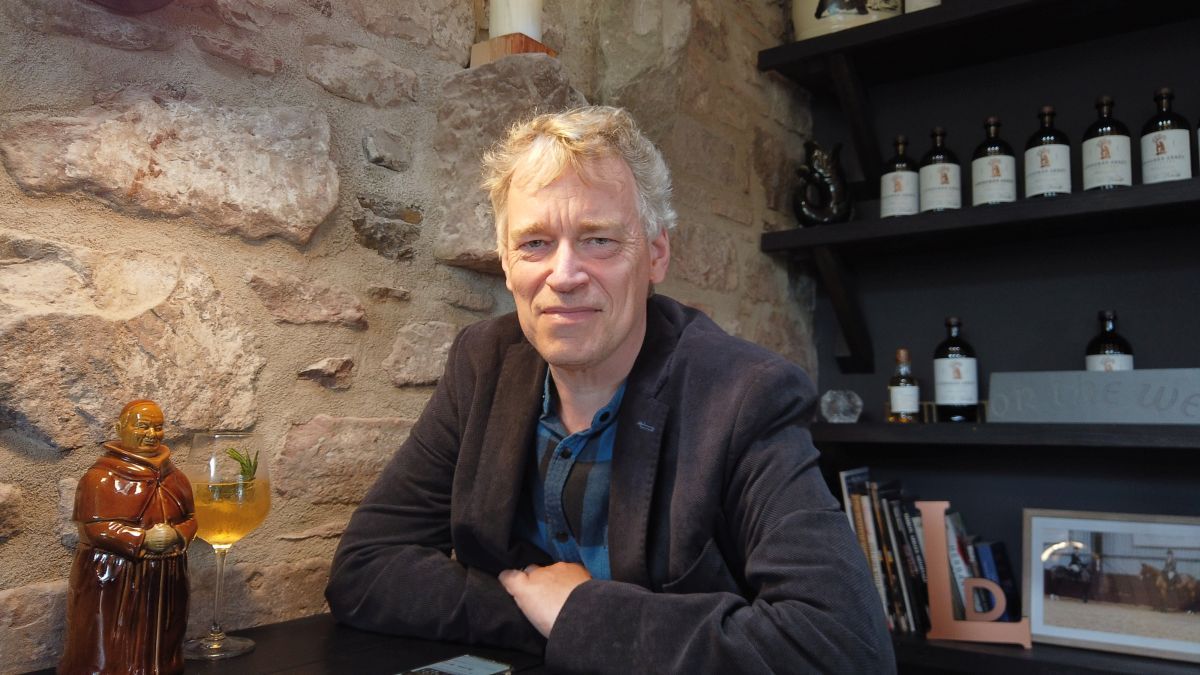 Jeroen van den Belt works as a programmer in ChessBase. He was present at the venue and we worked together trying to make the videos more exciting. The current ChessBase video technology, including interactive training in DVDs is programmed by him. 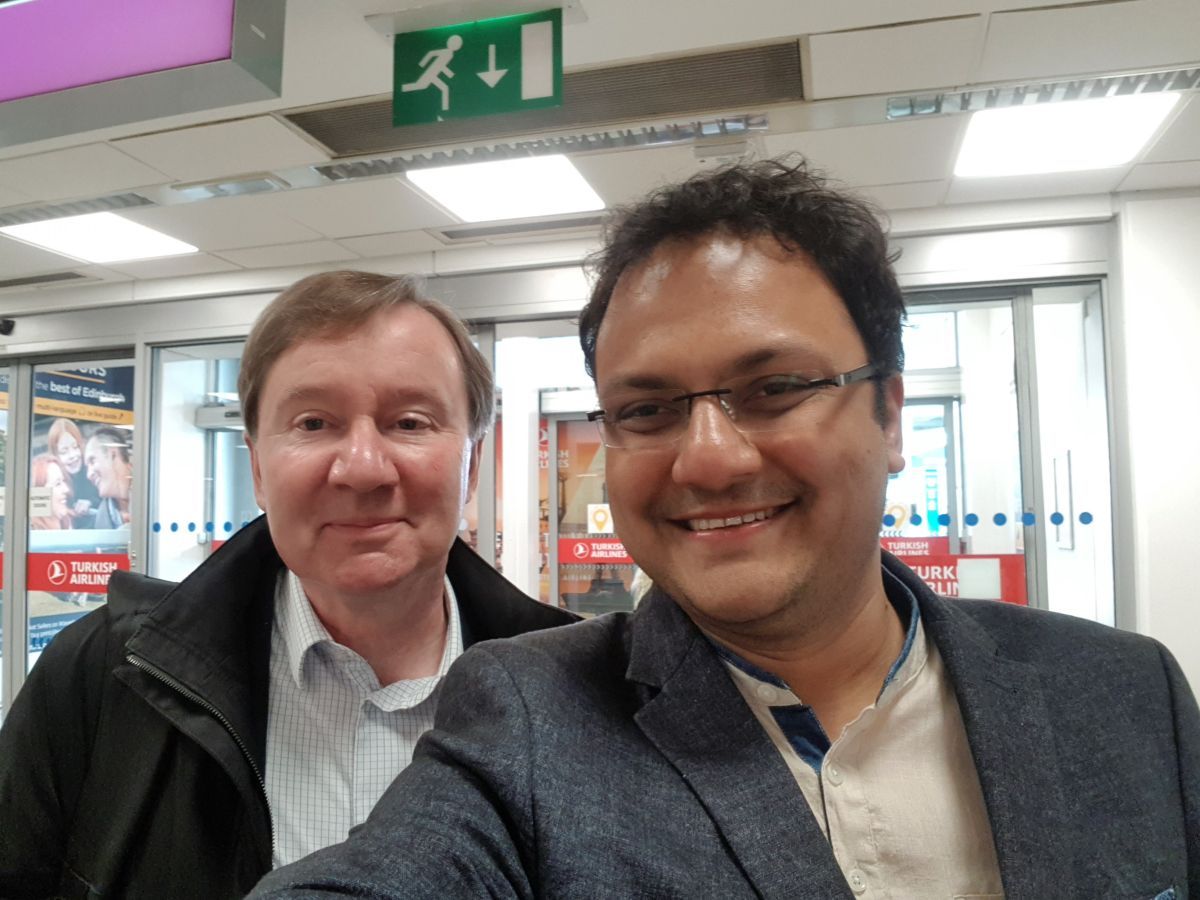 I had the pleasure of spending nearly an hour talking to Dirk Jan Ten Geuzendam, the editor-in-chief of New in Chess Magazine. He has been working in the field of chess journalism for over 35 years now. His interviews with top players have been loved by the chess community and his contribution to chess journalism has been immense. 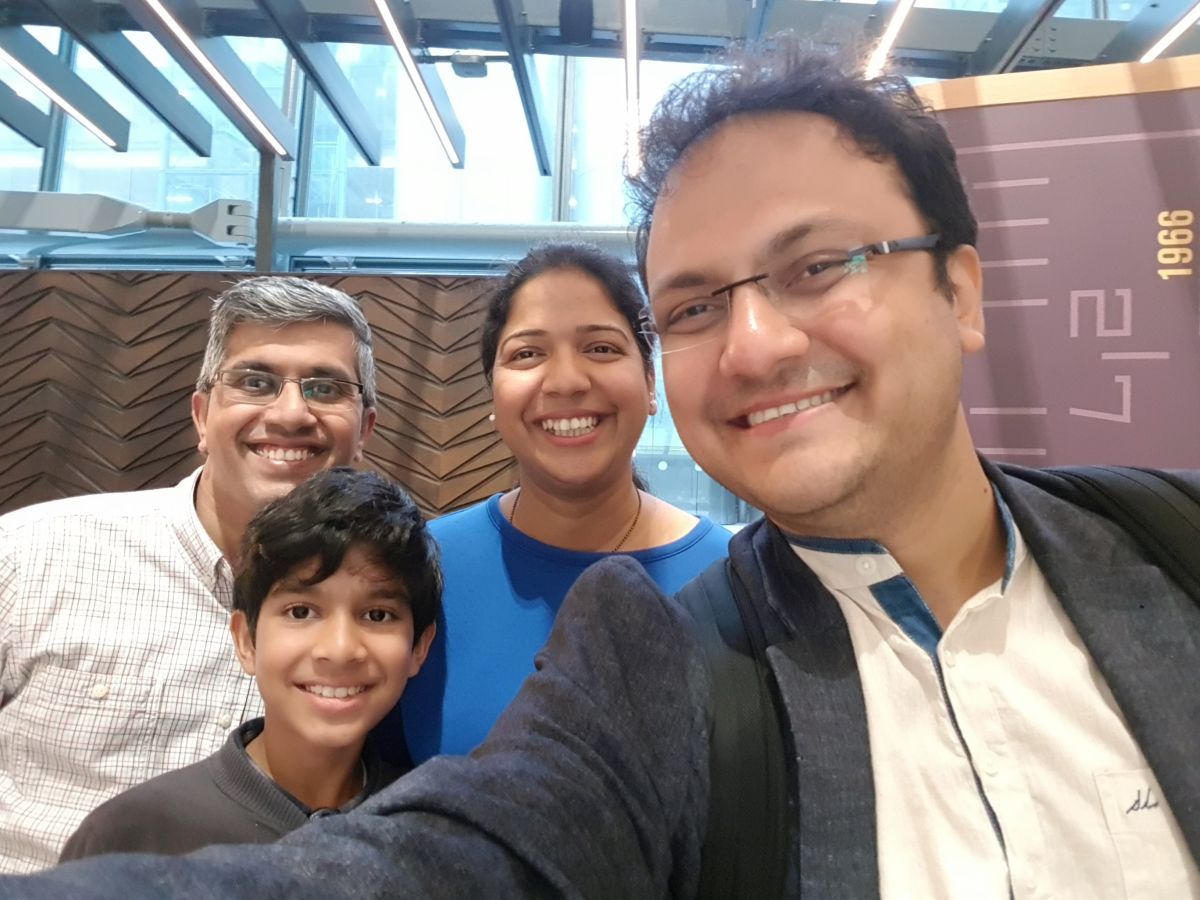 On my way back to Mumbai, I had a two hour halt in London. The Vaidya family Pranav, Raghav and Tulsi came to the airport to specially meet me! In 2015, when Amruta and I visited the London Chess Classic we had stayed for a few days at the Vaidya house. Ever since they have been excellent friends. Watch out for 10-year-old Raghav who is currently rated 1524, and is improving very quickly!

I am back in Mumbai and the normal life has begun once again, but I miss the Pitcairlie house (above), the mansion which had become my home for four days in Scotland! 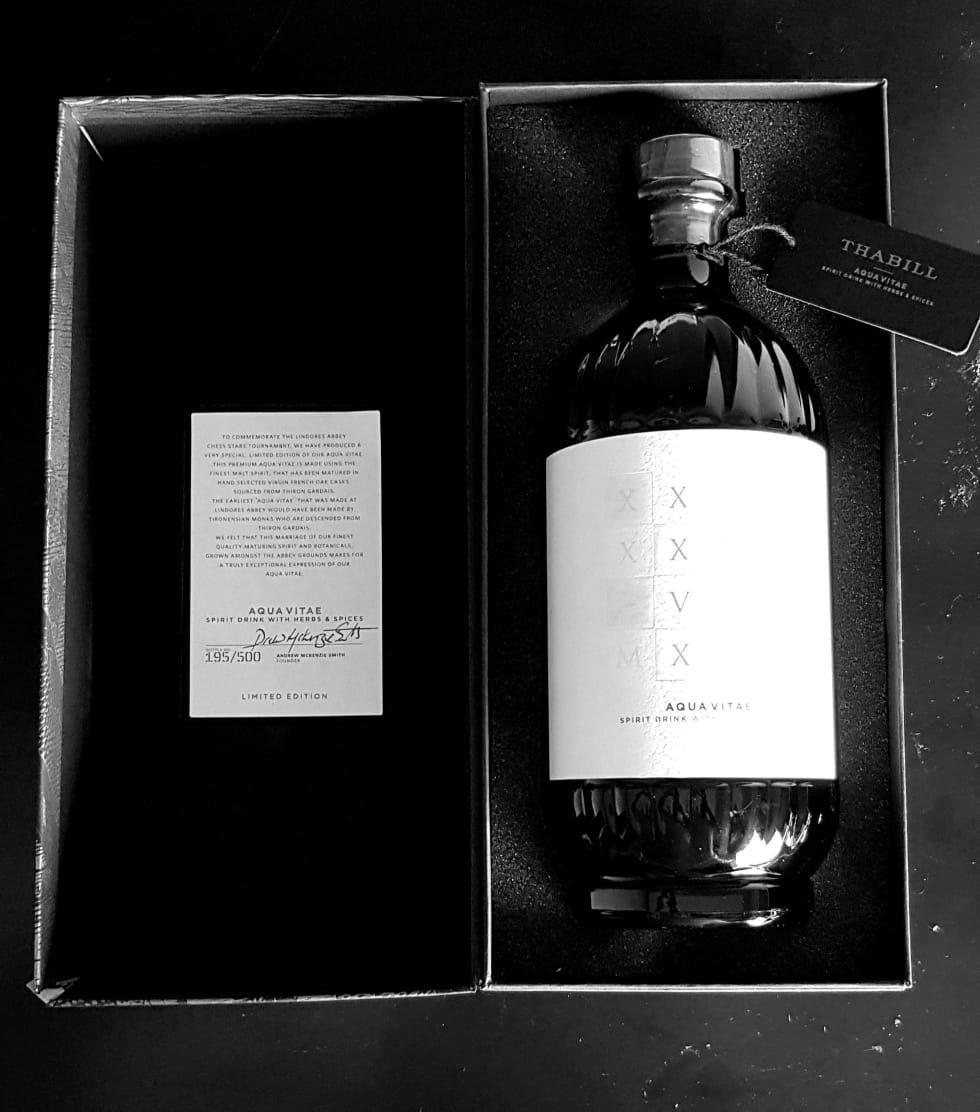 I did bring back memories in the form of Thabill, a special type of Aqua Vitae (a drink which is special to Lindores Abbey Distillery) which was launched during the tournament. Only 500 bottles were produced and the organizers were kind enough to gift me one of them! 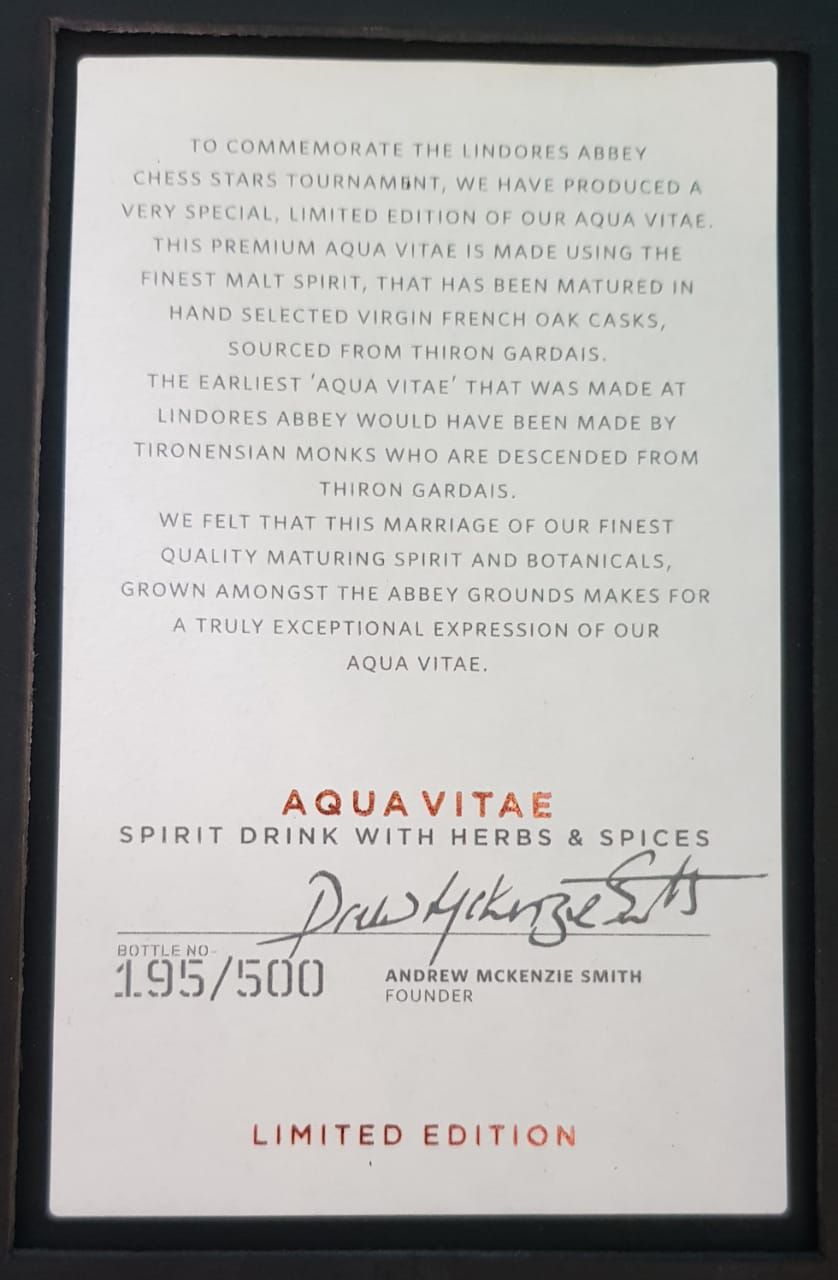 This one will always remind me of the wonderful time I had in Scotland! 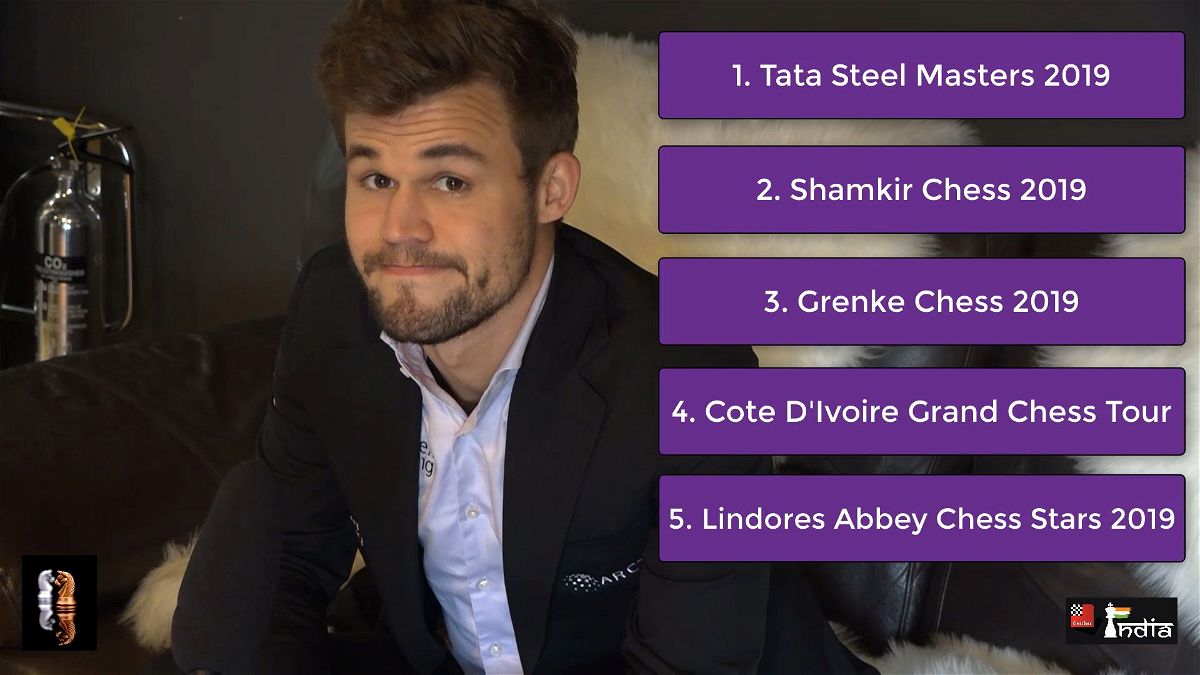