Indian origin 15-year-old FM Tarun Kanyamarala scored 5.5/6, remained undefeated to win Limerick Open 2019. He finished a half point ahead of the runner-up FM Gabriel Voiteanu and FM Henry Li, both scored an unbeaten 5.0/6 each to secure second and third position respectively. In the under-1400 section Atharva Paibir scored an unbeaten 5.5/6 to win it. He finished a half point ahead of the runner-up Akshay Ranade. Dylan Murphy scored 4.5/6 to be placed third. The tournament was organized by John Cassidy from 26th to 28th October at South Court Hotel, Limerick in Ireland. Total 75 players participated this three-day rating tournament. Here is a pictorial report of the event. Photo: Limerick Chess Club

Starting out as the fourth seed of the tournament, FM Tarun Kanyamarala scored an unbeaten 5.5/6 and finished a half point ahead of the remaining podium finishers to win Limerick Open 2019. FM Gabriel Voiteanu and FM Henry Li scored an undefeated 5.0/6 each to secure second and third position respectively. 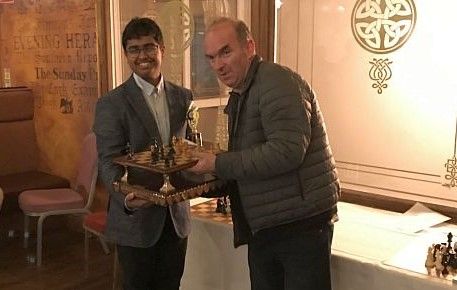 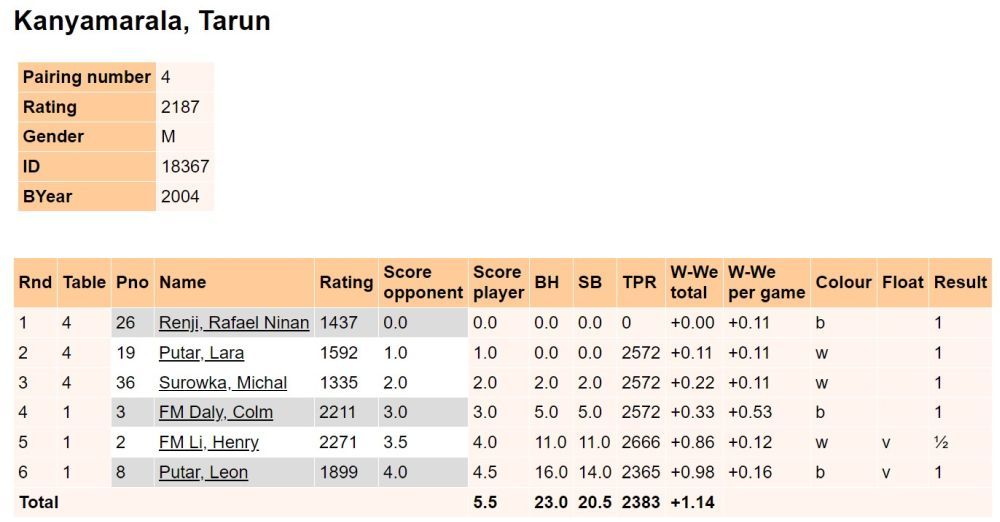 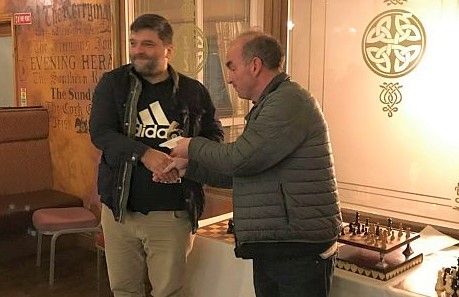 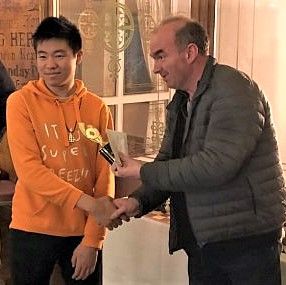 12-year-old Atharva Paibir scored an unbeaten 5.5/6 to win Limerick u-1400. He finished a half point ahead of the runner-up Akshay Ranade 5.0/6. Dylan Murphy scored 4.5/6 to claim the third position. 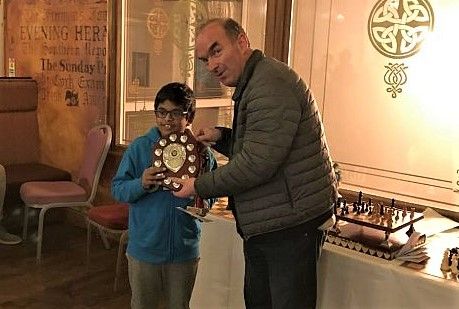 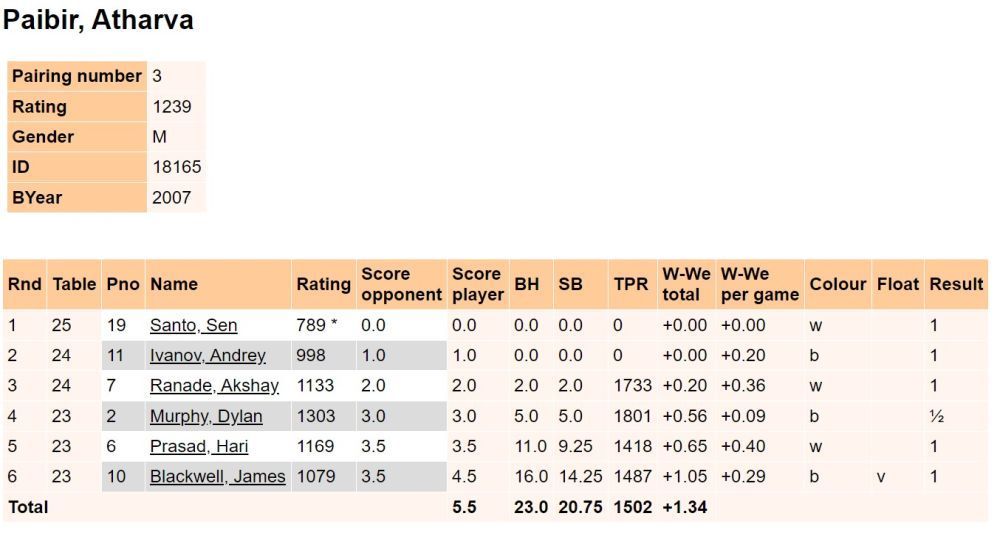 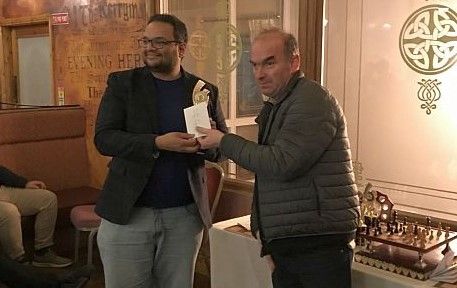 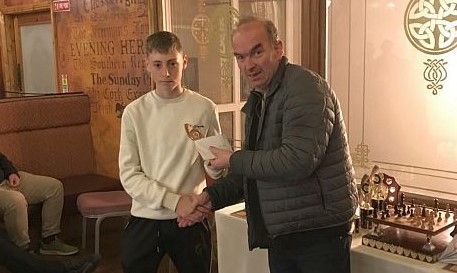 The Limerick Open 2019 was held on the October Bank holiday weekend between 26th and 28th October at the South Court hotel Limerick organized by John Cassidy. There were 75 entries in both the Philip Hogarty Open 44 players and the Under 1400 section had 31 players.