Was it just another game of chess?

Ever wondered what just one game of chess could do to you? In the third round of the Isle of Man Open, James Tarjan scored what was perhaps the biggest upset of the year.  He had managed to pull out a win against former World Champion, Vladimir Kramnik. Of all the things he might have expected, this was the last. Needless to say, he was elated. In essence, this was just one game of chess. But for Tarjan, this was different. He had played a game that he would remember until the end of time; a game that would bring a smile on his face whenever he thought about it. Below is a passionate account of what happened in Douglas that day from the eyes of a spectator who was enchanted watching how delighted the veteran Grandmaster was.

The third round of the Isle of Man Chess Open was about to begin. James Tarjan walked up to board number 28 in the playing hall for the biggest game of his life. He was paired against the former world champion, Vladimir Kramnik. The fact that the second-seeded Kramnik was playing on the 28th board in an open tournament was in itself remarkable. But the random pairing of round one had put Big Vlad in this position. He was paired against Fabiano Caruana, the third seed in the tournament, in round one and had lost. This gave a few lucky mortals, who played in the usually overlooked corners of the playing hall, a chance to get paired against the legend and get a taste of his flair. For Tarjan, the question wasn’t whether or not he will win. He was rather wondering how long he would survive. 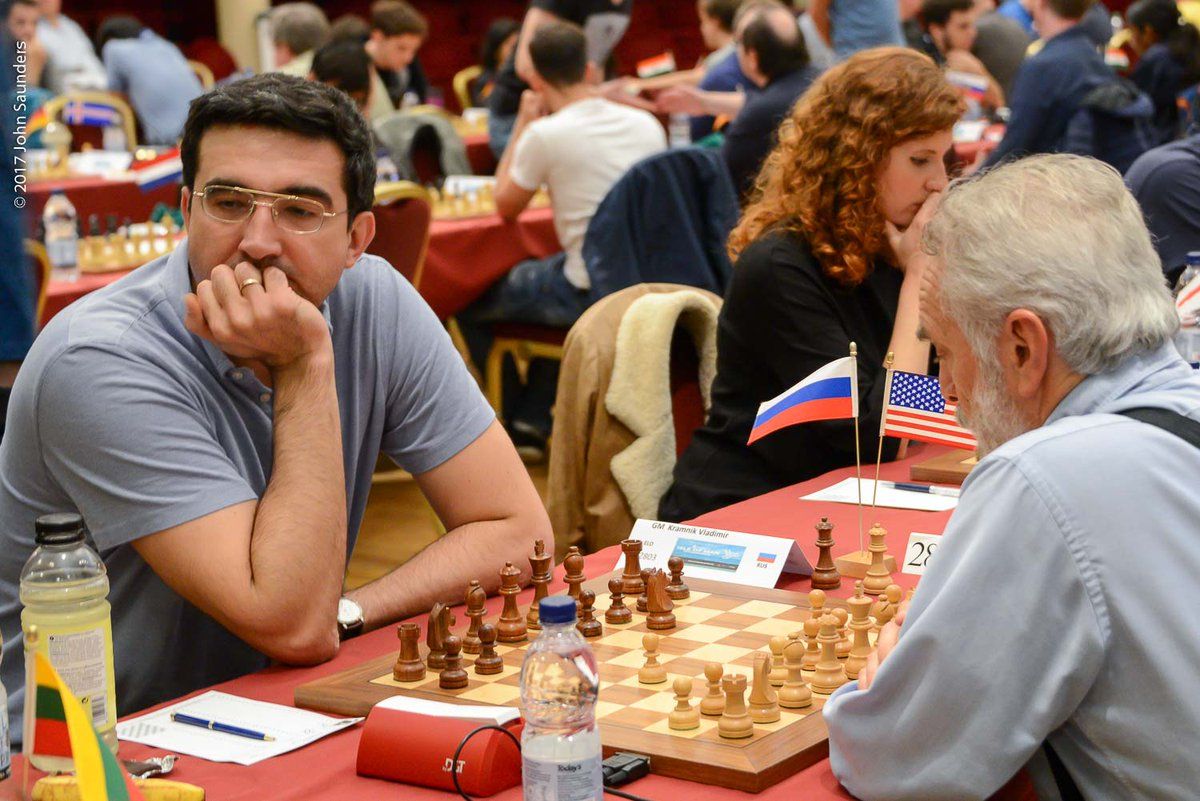 The big game in action | Photo by John Saunders

Of course, Tarjan is a good player in own right. He’s a grandmaster and has won several Olympiad team and individual gold medals for his country, the United States, in the seventies. But now, time has changed; he is 65. He isn’t the young man he used to be, back in the seventies. And even if he were, Kramnik was not an opponent he might have dreamt of beating. After all, sitting across the table from him was the man who had dethroned the mighty Garry Kasparov to become the world champion. 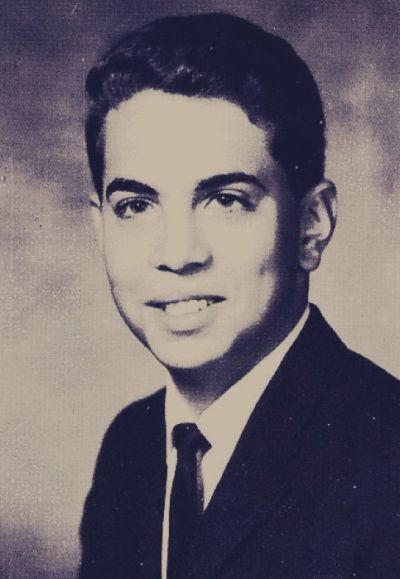 It was time for the game to begin. Kramnik, who had the black pieces, started the clock. The opening turned out to be the English. The middle game began. On every move, Tarjan awaited being swept off the board. He could see that Vladimir was coming to get him. He knew why Kramnik had lifted his rook from a8 to a6; he knew why the e4 pawn break was played – a kingside attack was on the cards. He’d need pieces around his king for defence, he thought. The bishop was brought back to e1 where it defended the king along with two other minor pieces and a rook. One of the rooks was slightly out of play because of this. But that's a concession he was willing to make.

It looked safe now. A pair of minor pieces was exchanged. But wait, what just happened? 30…Bf3? Did Kramnik really play that? Well, it’s Kramnik who had played the move. There might be more to it than what meets the eye. Let’s check again, he thought. 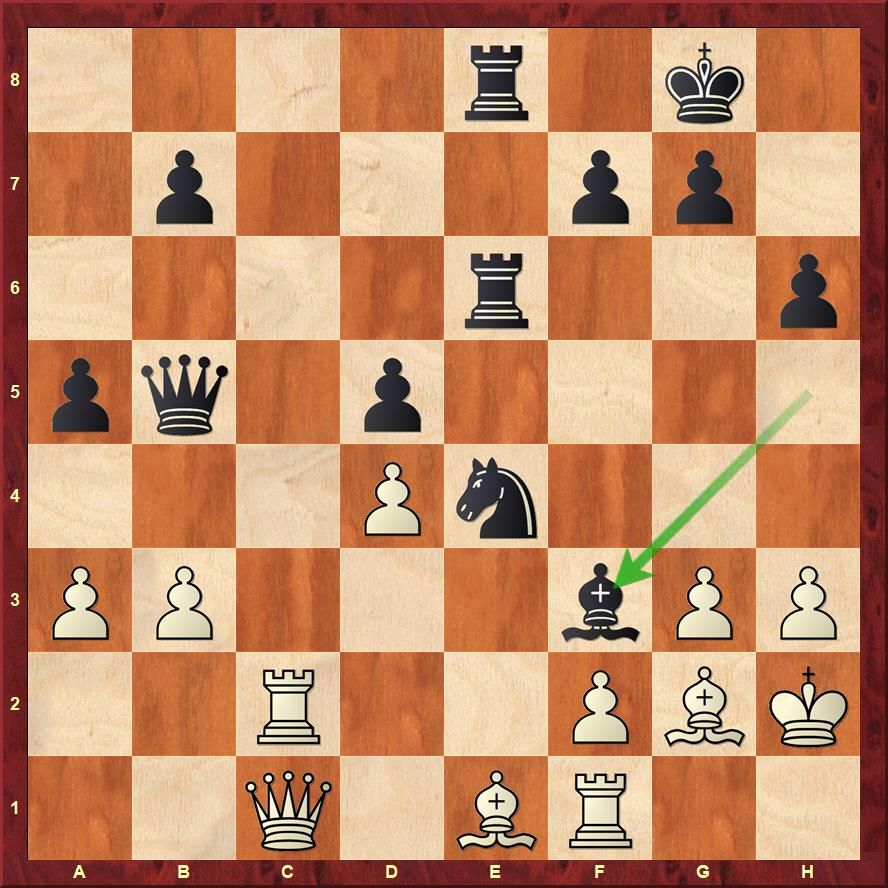 Yes, if he took the bishop and Kramnik took his rook, the black queen could be trapped with Be2 and to get out alive, Kramnik will have to sacrifice his queen with ...Nxf3 Bxf1 Nxf1+ Kg2 and so on. Was Tarjan going to hold Kramnik to a draw?

Tarjan took the bishop. Kramnik, too, saw what was coming. So he hacked off the g3 pawn with his knight instead. But that’s a blunder! Tarjan couldn’t believe his eyes. Now his two bishops were far more powerful than Kramnik’s rook. There wasn’t enough compensation. Play progressed, more pieces were exchanged. First, the rooks went off the board, then the queens. Kramnik tried promoting his passed pawn. But with the two bishops and a king to block it, the defence was easy-peasy. The king blocked the pawn while the bishop blocked the line of the rook. The passed pawn was now under lock and key.  A move later, it was executed.

Now it was Tarjan’s turn to get his pawns rolling. Kramnik knew he couldn’t stop them. But the former world champion had a reputation to live up to. He could not lose. More importantly, what about the Candidates qualification? He was about to lose a lot of rating points. Will he still qualify? Well, there are six more rounds and two more tournaments to go before that’s decided. But wait, Tarjan’s passer is about to queen. It’s time to resign.

Tarjan sat there staring. Kramnik too was sitting right across with one of his hands tucked under his cheek. This was real. He was about to beat Vladimir Kramnik! The pawn was swiftly placed on b7 – one square away from queening. The clock was pressed. Kramnik wrote the move down and offered his hand in resignation.

“Don’t ask!” Tarjan said when he was asked how he felt as he sat gasping, still trying to take in what had happened. “You know it’s just one game of chess. But it’s a little different,” he said. Of course, it is different. Of course, it is far more than just one game of chess. He now has a story to tell to his grandchildren, and to everyone else, about the day he beat Big Vlad. He now has a memory that would soothe him until his last breath.