Seven-time British champion, former World no.4 and current England no.1 Michael Adams was on the brink of winning Caplin British Online Championship 2020, but the 17-year-old Tanmay Chopra delayed his triumph by putting up a staunch defence and held him to a draw after a 122-move long game. It was a tournament played in almost a classical time control of 1 hour + 15 seconds increment for all games. Adams had to play Playoffs against IM Ameet Ghasi because of this draw, although Adams won it comfortably 1.5-0.5. Check out the annotations from Tanmay Chopra himself.

17-year-old Tanmay Chopra was up against seven-time British champion and the current England no.1, also the top seed of the tournament GM Michael Adams in the final round of Caplin British Online Championship 2020. This was neither a Blitz nor a Bullet game, it was a 1 hour each + 15 seconds increment and Adams needed a victory to win the tournament. However, Tanmay had a different plan altogether.

Tanmay felt the position after 11...Nd7 was a critical moment of the game

For those who are looking for a 2D diagram, here you go: 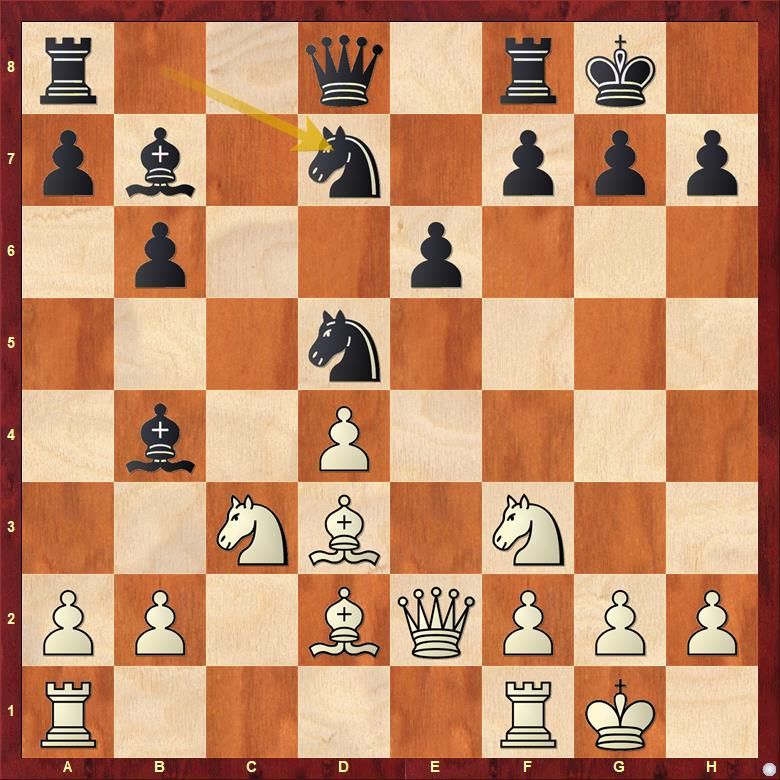 The game went on with 56.Bc4 Rd4 57.a4 which gave black the option to create some chances.

White can still hold this position but 57...e5 would have kept some hope alive for black. The game went on for another 65 moves before ending up in a draw. Tanmay put up a brave fight and managed to save the game. Check out the detailed analysis by Tanmay himself to know about his preparation and the game too.

Tanmay finished at shared fifth position with a score of 5.5/9

GM Matthew Sadler and WIM Natasha Regan commentate on the final round of the tournament| Video: Game Changer