The Tal Memorial has begun witnessing some fascinating chess on its very first day. On day one, Vishy Anand was the first one to rise to the top. Winning both of his first two games, he was the sole leader. But the 3rd round had a sad shocker awaiting him as he went down making almost unbelievable mistakes against Shakhriyar Mamedyarov. Daniil Dubov who had lost to Anand in round 1, made a strong comeback outpreparing and eventually outplaying Hikaru Nakamura. Another curious game of the round was the one between Kramnik and Grischuk wherein the former went on a sacrificial spree on the grounds of a miscalculation. It didn't take too long for the game to end after the end of the tactical sequence. We have an illustrated report with annotated games by IM Sagar Shah

Every year since 2006 – with the exception of 2015 – the Tal Memorial chess tournament is organized in Moscow as a requiem for the eighth world champion of the game. Every year, the tournament attracts some of the strongest players in the world.

In its 11th edition this year, the Tal Memorial will be played in the Museum of Russian Impressionism in Moscow which one of the leading private museums in Russia. The tournament is a part of the international program implemented by Russian Chess Federation (RCF) in collaboration with the Charitable Foundation of Elena and Gennady Timchenko since 2012. It all started with the world championship match between Viswanathan Anand and Boris Gelfand held in the same year and, since then, Chess in Museums has been going strong. 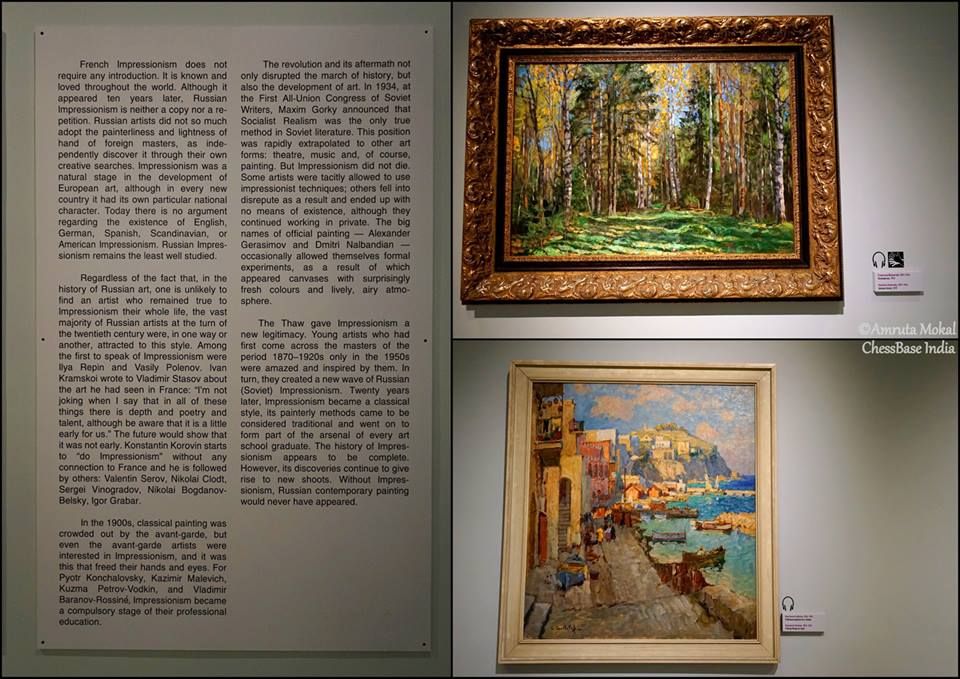 Some paintings from the museum | Photo: Amruta Mokal

The rapid leg of the event has attracted some of the best Russian as well as international players. Four of the world’s top 10 – Shakhriyar Mamedyarov, Vladimir Kramnik, Hikaru Nakamura & Viswanathan Anand – are in Moscow right now. The other participants include Alexander Grischuk, Peter Svidler, Sergey Karjakin, Boris Gelfand, Ian Nepomniachtchi and Danil Dubov. Four more participants – Vladislav Artemiev, Dmitry Andreikin, Vladimir Fedoseev and Alexander Morozevich – will be joining in for the blitz event.

In the light of Anand winning the World Rapid Championship a couple of months ago, he is clearly one of the favourites to win the rapid leg. But with such a strong field, it’s definitely not going to be easy.

Interview with Vishy at the opening ceremony

On the first day, Anand got off to a flying start winning both of his first two games. In round one, he played the lowest ranked player in the field, Danil Dubov. With the white pieces, Anand countered Dubov’s Sicilian Defence with the Rossolimo System. Dubov had come up with a new idea in the opening but Anand denied his opponent any counterplay. Dubov tried complicating the position but this only worsened his position. 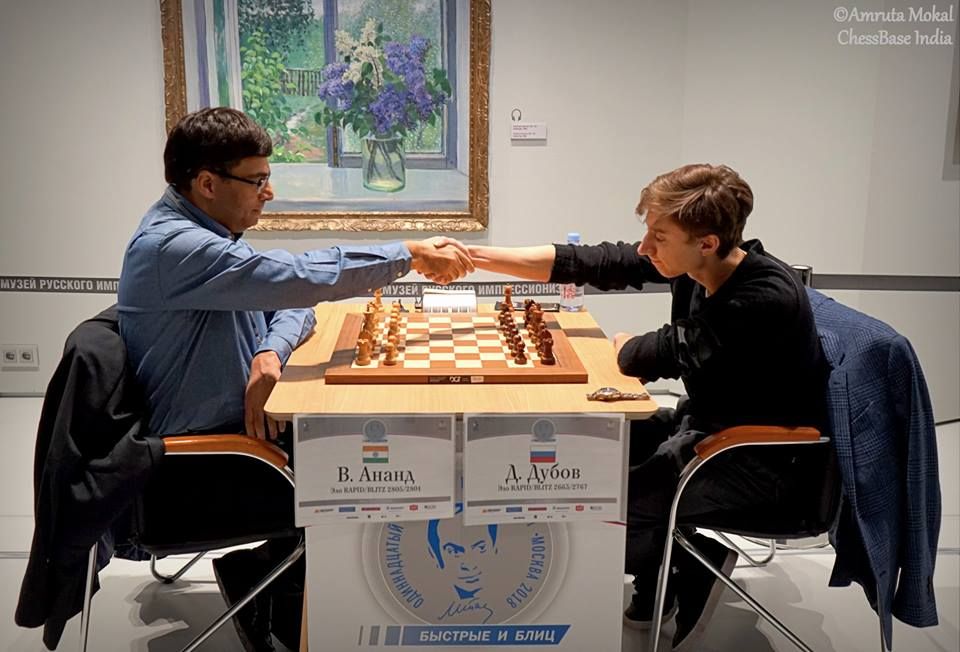 Anand during his first-round game against Dubov | Photo: Amruta Mokal

By the 19th move, the Russian GM had several pawn weaknesses and was obliged to shed a couple of pawns soon. With two extra pawns and a dominating position, Anand had no problems converting. 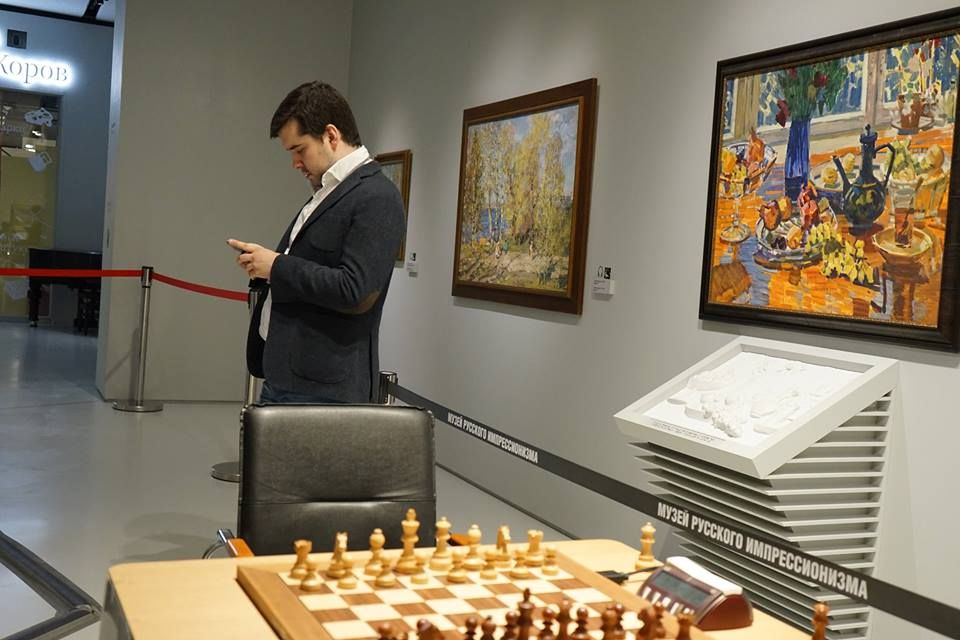 In round two, Anand was pitted against the only player who had managed to beat him at the Rapid World Championship in Riyadh: Ian Nepomniachtchi | Photo: Amruta Mokal

Anand, who had the black pieces in this game, repeated the same 3.Bb4 variation of the English Opening with which he had lost to Nepo, back in Riyadh. However, this time, Anand chose a different setup and was able to win a pawn out of the opening. Nepomniachtchi sought counterplay on Anand’s king but ended up losing another pawn while Anand also succeeded in trading queens. The position looked clearly better for Anand but with his piece activity, Nepomniachtchi was trying hard to hold his position together. With his active king, he was even able to equalize in the rook endgame that ensued. The position soon turned into a pawn race where, on the 48th move, Nepomniachtchi, with little time on his clock, blundered and gave Anand a winning edge. This time, Anand made no mistake and brought home the full point soon afterwards.

With 2.0/2, Anand was the clear leader of the tournament. Just one more round remained for the day. Anand was to play Shakhriyar Mamedyarov who was half point behind him on the leaderboard. That’s exactly when disaster struck. 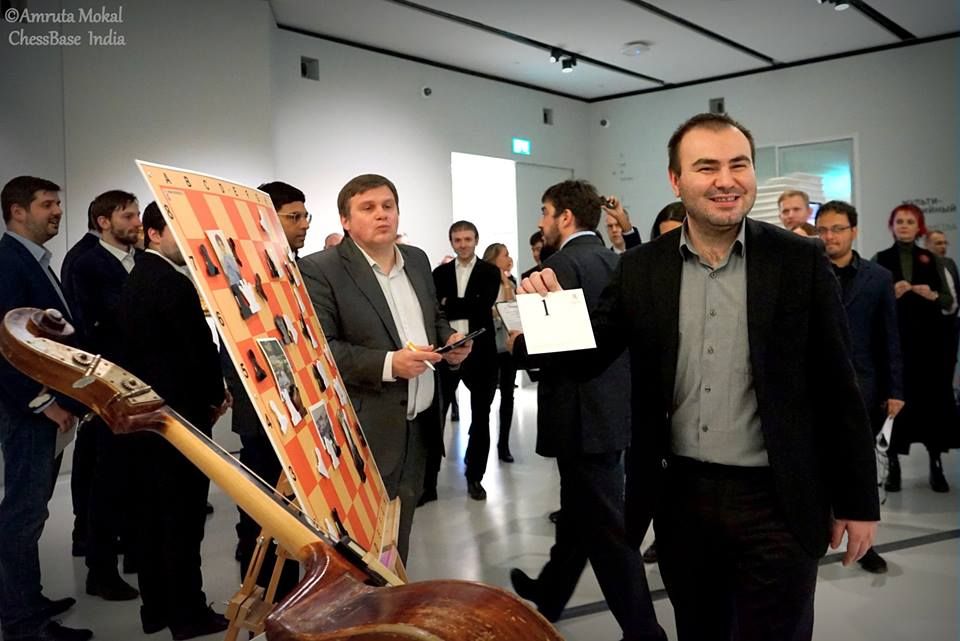 Shakh  Mamedyarov did justice to the number he got on Day 1 | Photo: Amruta Mokal

The grandmaster from Azerbaijan essayed the French Defence with the black pieces and was able to equalize comfortably. Anand managed to disrupt Mamedyarov’s pawn structure but, with his well-placed pieces, Mamedyarov was able to exert substantial pressure. As play progressed, Anand allowed Mamedyarov to exchange his knight for Anand’s bishop, something which was unanimously disliked by both commentators. More so, he decided to give up another pawn, just two moves later. Clearly, Anand was hoping that his ‘f’ pawn would advance and provide him counterplay but with his active pieces, Mamedyarov was able to both advance his pawn down the board while keeping Anand’s pawn in check. On his 46th turn, Anand decided to throw in the towel. 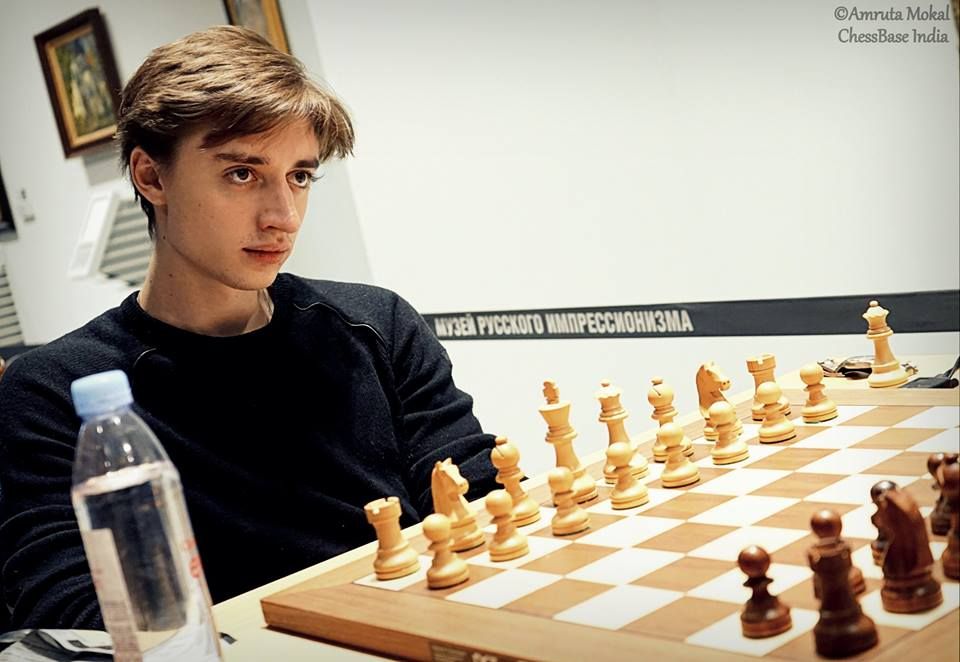 After losing to Anand in the inaugural round, Daniil Dubov made a strong comeback in round two beating Hikaru Nakamura. | Photo: Amruta Mokal

Daniil Dubov might be the lowest rated player of the tournament but he's definitely not an opponent to be taken lightly. The young Russian GM gave an example of his flair in his second round game against Hikaru Nakamura where 'Naka' was outprepared in the opening and, therefore, outplayed in the game.

In the Flohr-Mikenas System of the English Opening, Dubov gave up a pawn early in the game to grab the initiative. Taking a few free hits on the black queen, Dubov caught Nakamura's king in the centre while gaining a developmental advantage simultaneously. Nakamura tried clinging on by giving up his queen for two rooks but white's initiative was too strong. On move 36, Nakamura lost on time. But even if the game had continued, he was about to lose a full rook in a simple one move double attack.

The second round featured another incredible game. But this one was incredible not because of enterprising play by one player but a horrible blunder. 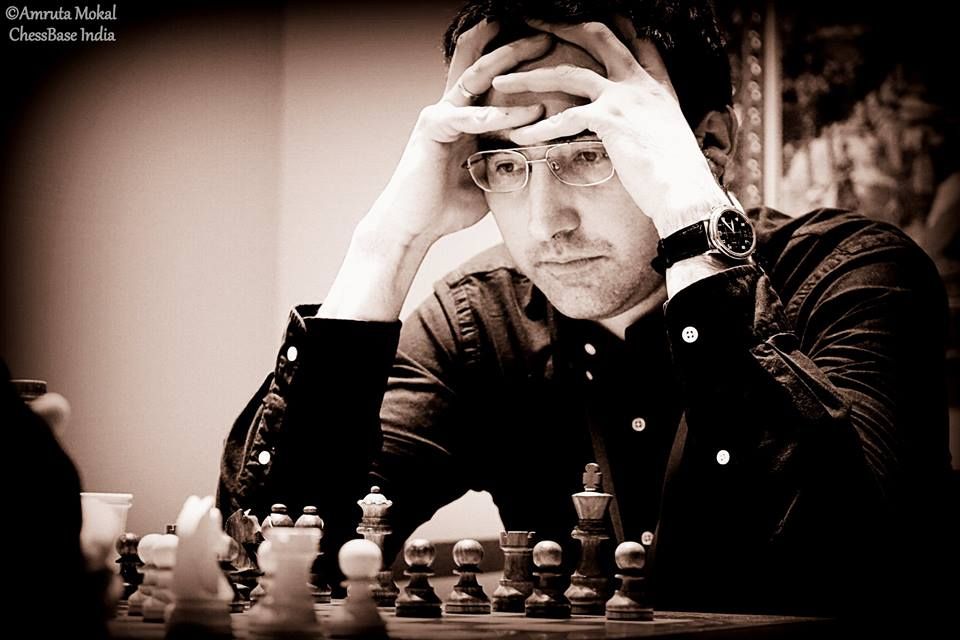 While Dubov impressed with his opening prep, Kramnik shocked with his oversight in the second round | Photo: Amruta Mokal

In the game between Vladimir Kramnik and Alexander Grischuk, the former essayed the Torre Attack with the white pieces and played a rather solid game. By the 44th move, he had even begun taking over the initiative thanks to his passed c-pawn. It looked like Kramnik could cruise to victory. But just then, Vladimir started seeing ghosts. In an attempt to expedite the queening of his passer, he gave up not one but two minor pieces, only to find that the new-born queen was vulnerable to a simple double attack. Kramnik still had a rook for Grischuk's two bishops in the resulting position. But along with his two bishops, Grischuk also had a far advanced extra pawn which made his position overwhelming. Kramnik resigned on the 55th move.

With his final round win, Mamedyarov overtook Anand as the tournament leader with a score of 2.5/3. Anand, along with Grischuk and Nakamura is in the joint second place. Danil Dubov, Sergey Karjakin and Vladimir Kramnik share the third place with 1.5/3.