Since the struggle is worth a lot more than records

R Praggnanandhaa had been making headlines ever since he became the world's youngest IM in May, 2016. All eyes were on the little genius; each eager to see if he could make it to become the world's youngest GM from here. The kid, too, gave it his all. As the deadline to break the record approached closer, Praggna travelled across the globe playing every tournament that offered him the possibility of scoring a norm but, in the end, lost the race against time. In this time, however, Praggna earned heaps of admiration and love. Most importantly, his zeal to excel remained undeterred. So, all things considered, wasn't the struggle worth a lot more than the record?

Just a couple of years ago, the world of chess was abuzz with the news of an eleven-year-old boy becoming the world’s youngest International Master (IM) ever. To be accurate, he was not even 11; he was only 10 years and 10 months and 19 days old and already the boy was making headlines. His name: Praggnanandhaa Rameshbabu. The umpteen syllables in his name discouraged many from even trying to pronounce his name. But they knew they would have to, sooner or later. After all, the boy was rewriting record books. 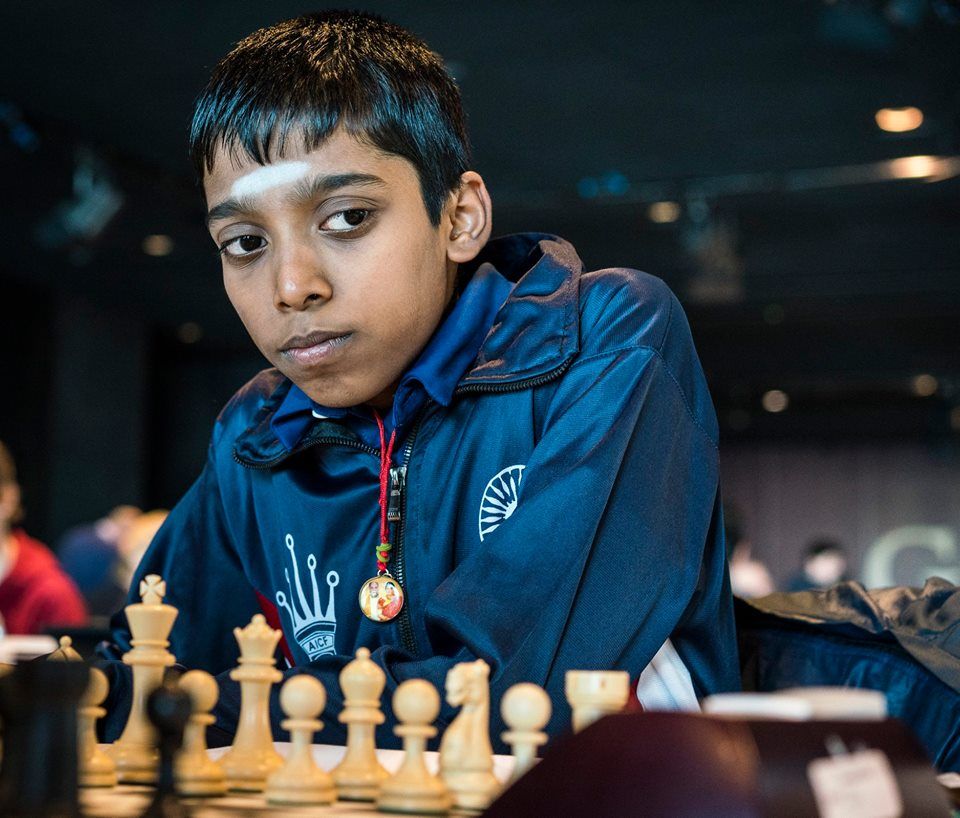 Now that he was the youngest International Master in the history of the game, the next big question was if he will break Sergey Karjakin’s record and become the youngest Grandmaster (GM) as well. He had almost a year more than Karjakin did back in 2002. Karjakin had become an IM at the age of 11 years and 11 months and about eight months later, he completed all requirements for his GM title. By this time, Karjakin was 12 years and 7 months old. So the target for Praggnanandhaa was clear. He had to complete all his GM norms and reach 2500 Elo before the 10th of March 2018.

This new chase was a long and arduous one. Beating several Grandmasters along the way – most notably, his 18 move win against GM Alex Bachman at the 2016 Isle of Man Masters – Praggnanandhaa reached the rating milestone of Elo 2500 in the August of 2017. No norms were scored yet but Praggnanandhaa still had seven months.

A big opportunity arose at the World Junior Championship that was held later in the year in the month of November. As per the rules of the tournament, the winner is awarded the Grandmaster title if the winning player isn’t already a GM. The big hurdle, however, was the field itself. Despite being rated above 2500, Praggnanandhaa was the 25th seed in the tournament. Not to mention, this was an Under-20 event. Praggnanandhaa was merely 12; most of his opponents were much more experienced and, in most cases, even higher rated. But Praggnanandhaa, too, hadn’t reached this far without beating odds.

He went off to a strong start winning two and drawing one out of his first three games. And in the fourth round, he beat the top seed of the tournament Jorden van Foreest. By this point, it seemed that the lad might just make it to the title. But in the second half of the tournament, he slowed down. In his last five games, Praggnanandhaa scored only one win and drew four. Of course, for a 12-year-old, this performance was remarkable. But it was not enough to win the tournament and, along with it, the GM title. Scoring an unbeaten 8.0/9, he finished fourth and earned his first GM norm.

Now he had only four months and fifteen days to break the record. Since the last few months, Praggnanandhaa has almost been living out of a suitcase. Since December, he has travelled to four continents playing norm tournaments but has been missing out every time. After the Aeroflot Open which was held in Russia recently, it became clear that he will not be able to break Karjakin’s record. However, he did get to play two games against Karjakin in the Blitz tournament that was held on the last day of Aeroflot. 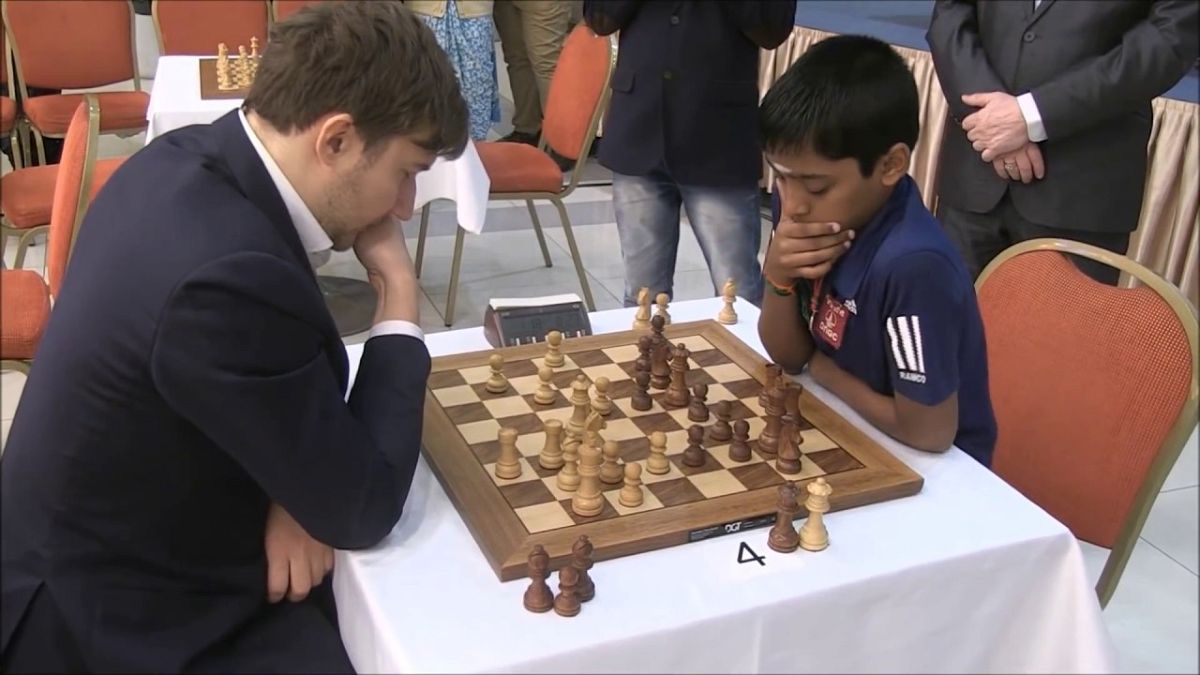 Prag battling it out against Sergey Karjakin

In the first game, Praggnanandhaa had the upper hand in the position and gave Karjakin a run for his money. There was no doubt that Praggna had dominated throughout the game. However, he blundered at a crucial moment and allowed Karjakin to wriggle out with a draw. In the second game, Karjakin knew what he was faced with and played accurately with the white pieces to come out victorious in the mini-match with a score of 1.5-0.5.

After the tournament, when Karjakin was asked about Praggnanandhaa, the former world championship challenger said, “Of course, it’s very clear that he is a great talent and he has a big future in chess.”

What’s all the more important is that Praggnanandhaa is extremely passionate towards playing chess and has a fierce zeal to win. RB Ramesh, Praggnanandhaa’s coach, thinks that this drive is something that sets him apart from other kids of his age. “Praggu has immense drive, which is difficult to spot at this age. Generally, after a few rounds, many kids tire and stop. But there’s no stopping him. He keeps on playing, as if he’s unhappy if he couldn’t beat every player inside the hall,” Ramesh says.