It was a race to the finish between Harikrishna and Gawain Jones at the Tepe Sigeman & Co. 2019. In the final round Harikrishna on 4.0/6 was pitted against Gawain Jones who was on 4.5/6. Hari didn't really get a position that he could press and after 21 moves the players agreed to a draw. This meant that Gawain Jones became the champion with 5.0/7 while Harikrishna had to settle for the sole second spot with 4.5/7. He was followed by Nils Grandelius on 4.0/7. Nihal Sarin's first major round robin event was quite a success as the 14-year-old gained some experience and also 2.4 Elo points. This was enough to propel him beyond 2600. Detailed report from Sweden.

The way Harikrishna played in rounds three and four by winning his games against Nils Grandelius and Nihal Sarin, it seemed as if he would take home the winner's trophy. However, it turned out that Gawain Jones had that little bit of extra energy as he scored an important win in round five against Tiger Hillarp Persson. Harikrishna was tied with Jones after round four with 3.0/4, but in round five and six he couldn't breakthrough against Ivan Saric and Liviu Deiter Nisipeanu. In the final round Harikrishna was up against Gawain Jones and this was going to be a mouth watering encounter. Hari was close to tournament victory in Shenzhen. However, in the last round he had lost to Ding Liren while Anish Giri had won against Jakovenko. Hari had to be content with the second spot. Were things going to change in Malmo? 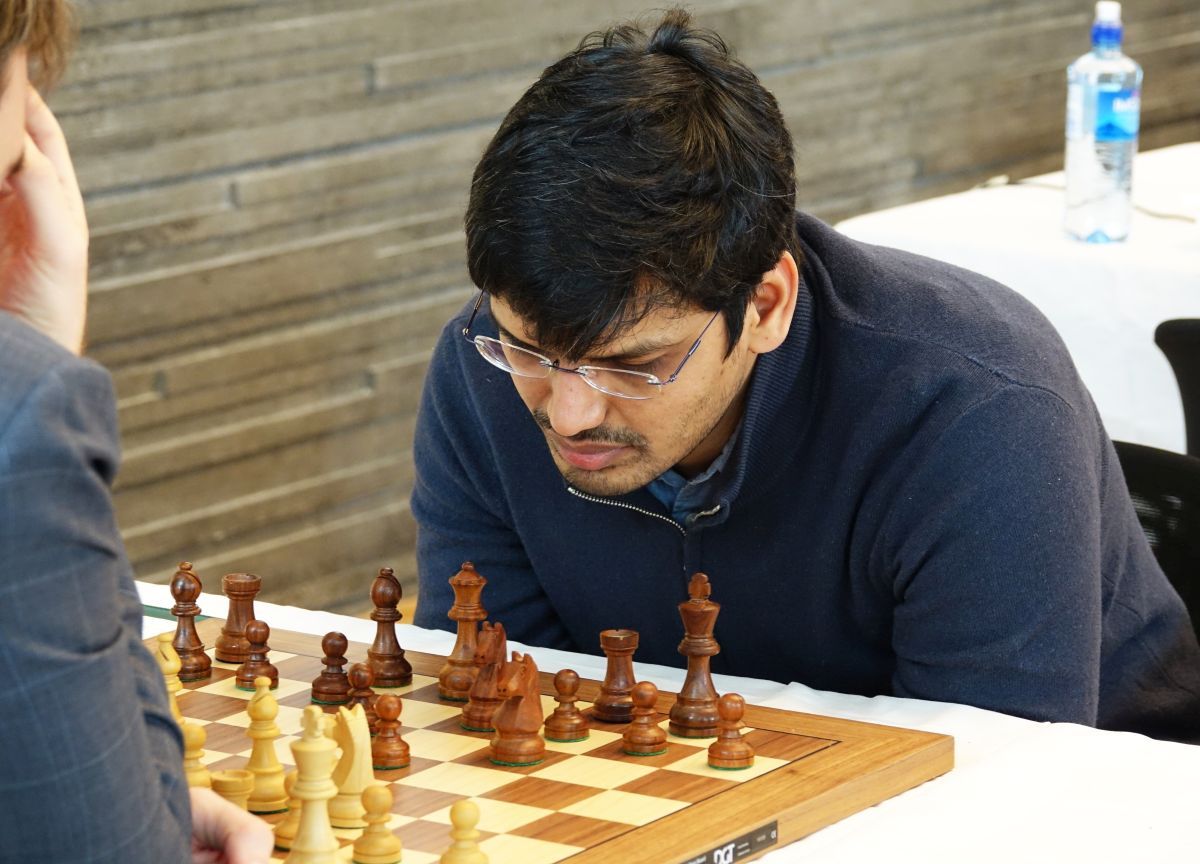 Harikrishna giving it his all against Gawain Jones

Gawain Jones played a solid line in the Italian from the white side and Harikrishna had no real chances. In fact in the final position, it is White who should be slightly better. 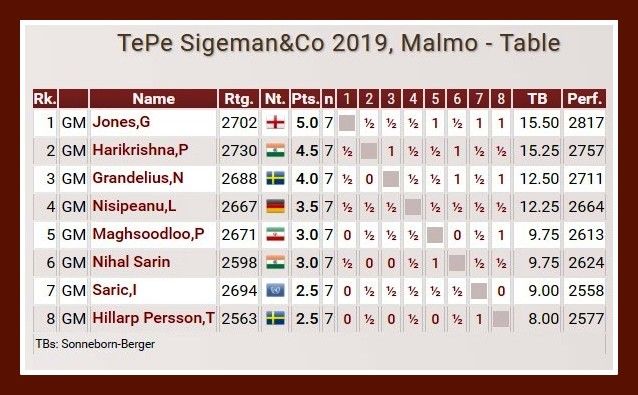 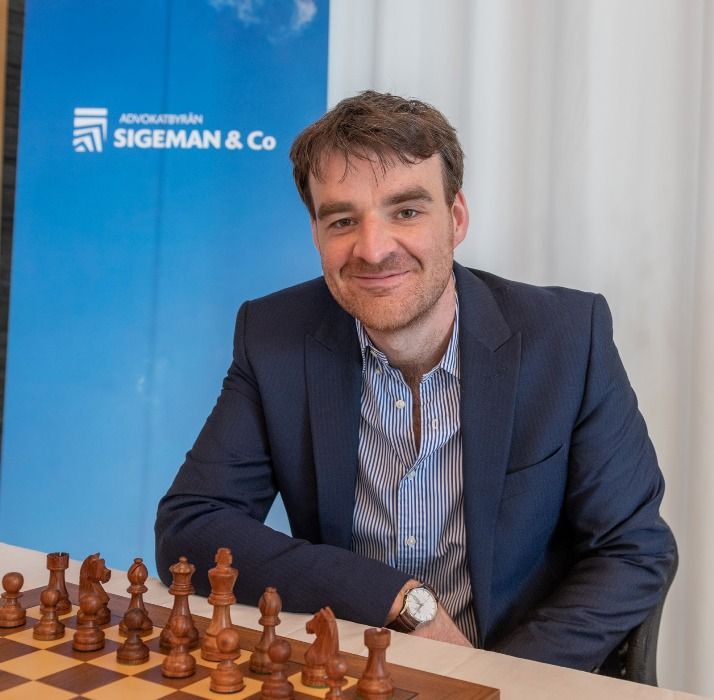 Here are two wins of Gawain Jones that were quite impressive. 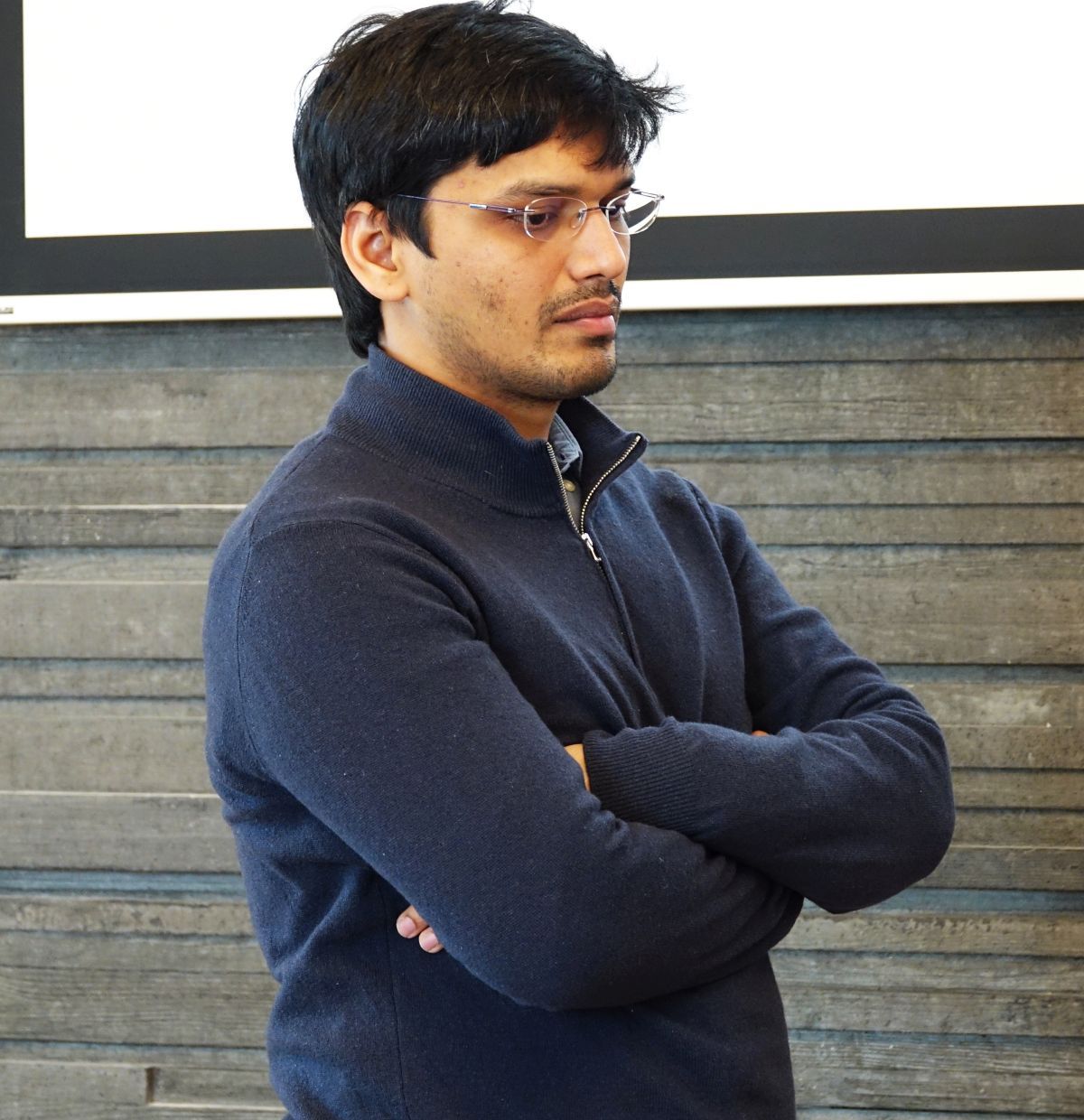 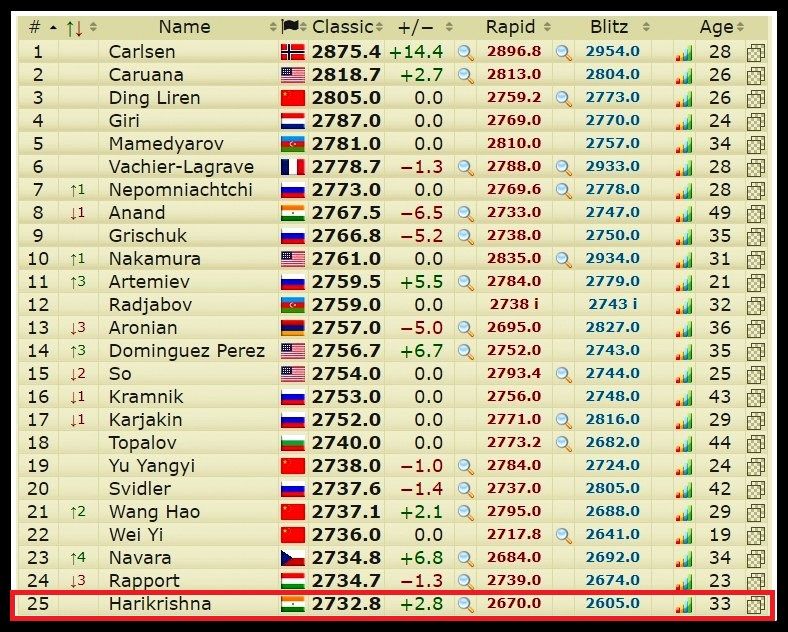 Harikrishna gained 2.8 Elo points and is now world no. 25

Played solid chess and finished 2nd with 2 victories @tepesigeman !! got some pretty interesting endgames and Bh6 will remain my favourite move...@NihalSarin pretty simmilar to GM Shirovs Bh3!! Hopefully not too much blitz or bughouse after Closing ceremony 😀 pic.twitter.com/SL3rsBSEQX 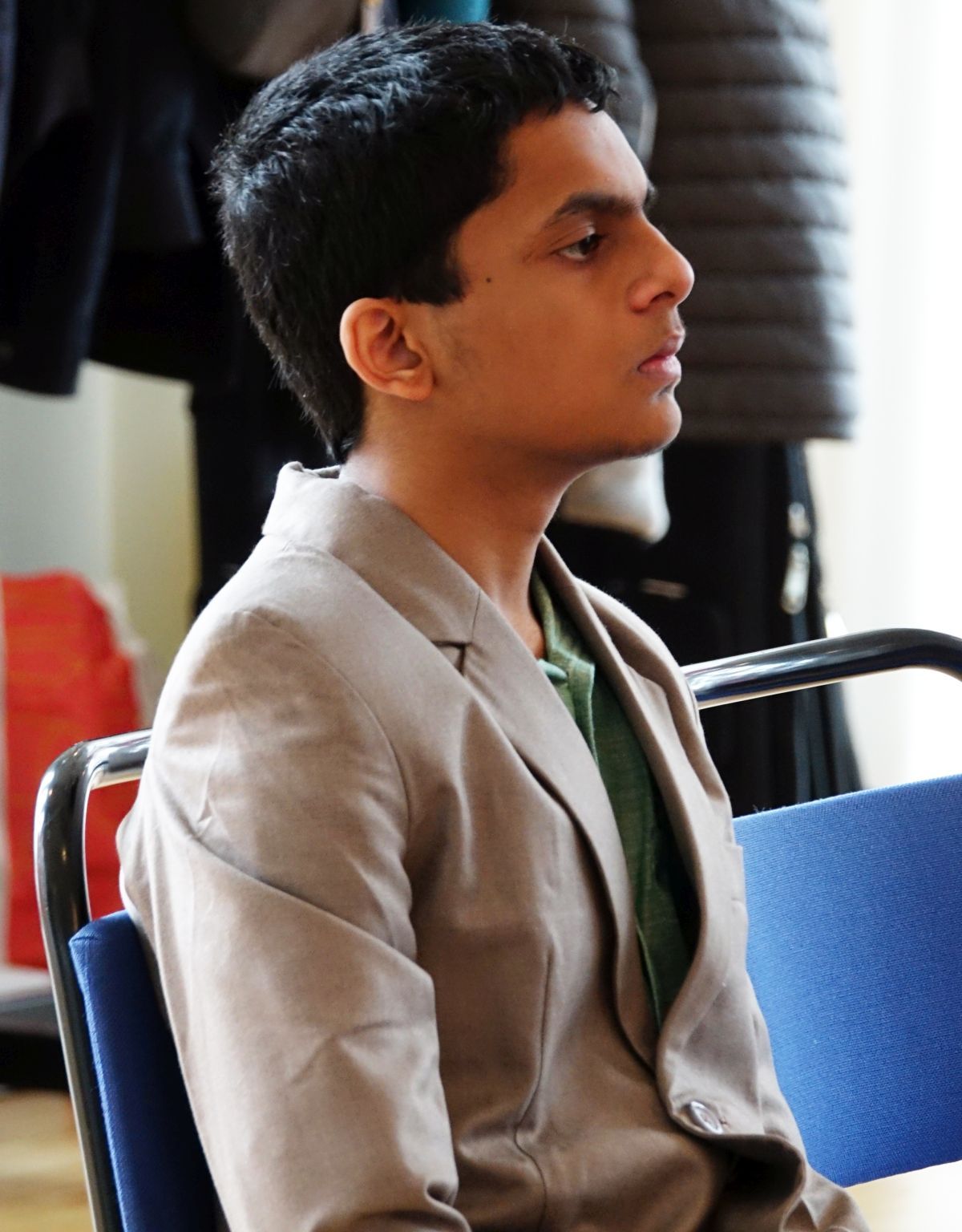 Nihal Sarin had a successful outing at the event. In spite of facing experienced campaigners, he came out strong, gained 2.4 Elo points and finished sixth 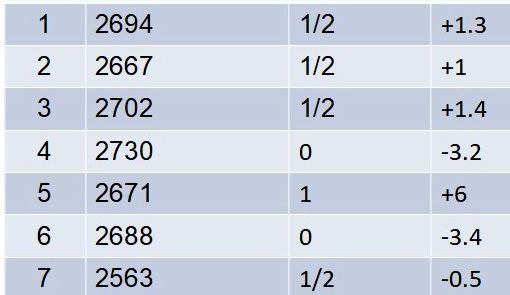 Finished with 3.0/7. Happy with my games overall, except for the last two games. I learned a lot with each passing day. I plan to put in some hard work to improve further. Look forward to more games against some of the best players in the world. Photo by Lars OA Hedlund. pic.twitter.com/FXlT2glZ4z 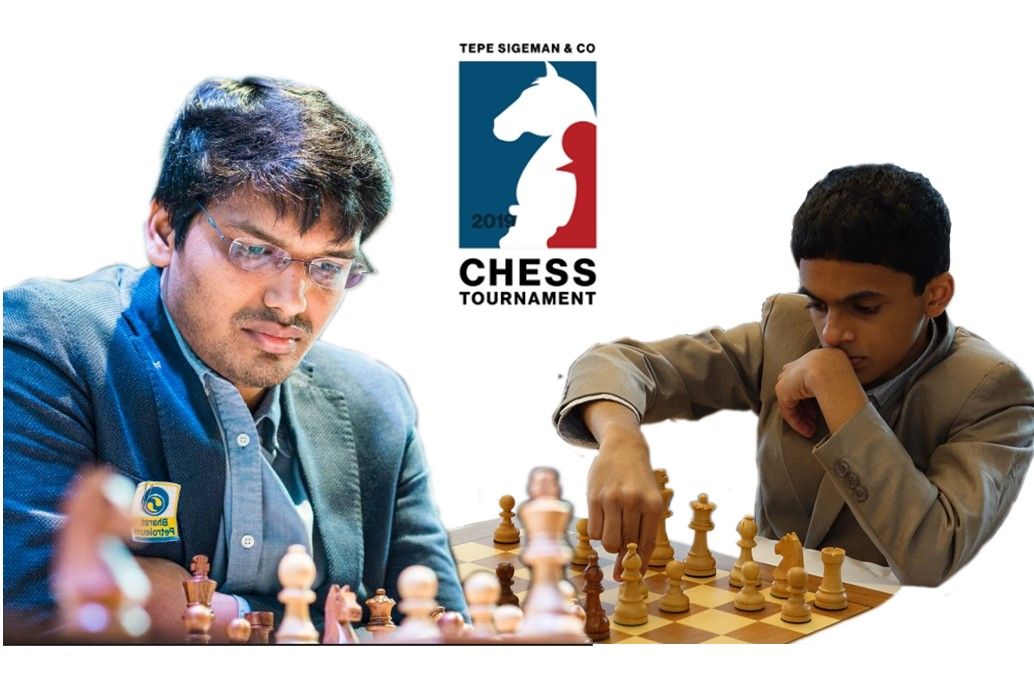 Final word: Both Indian players had a successful outing at the Sigeman & Co. 2019. Although both would have expected more from themselves.

The mandatory group photo at the #TePeSigeman closing banquet dinner 😊 Thanks for a fantastic week! Already looking forward to next year.. pic.twitter.com/icuUjhCVUa

All the live games of the event: