Krishnan Sasikiran was up against the Russian star Vladislav Mikhailovich Artemiev in the third round of the ongoing Karpov Poikovsky tournament. Widely hailed to be the successor of the recently retired legend Vladimir Kramnik, the 21 years old Artemiev is undoubtedly the next big thing in chess from Russia. A grandmaster only from 2014, he is already close to being in the top ten of the FIDE rating list. His recent victories include winning the Gibraltar masters in January this year, taking a clear first place and the European Individual Championship title in March. But when your opponent is Krishnan Sasikiran - one of India's finest and most experienced grandmasters - no matter who you are, you better be well prepared. In the present article we look into the brilliant game that Sasikiran played on Saturday to beat Artemiev and try to understand what took the 2761 rated chess prodigy out of his depth.

The 20th Karpov International Chess Tournament is a strong 10-player single round-robin event taking place from 6th to 15th June in the small Siberian town of Poikovsky, Russia. The time control of the event is 100 minutes for 40 moves, followed by 50 minutes for 20 moves, then 15 minutes until the end of the game, with a 30-seconds increment from move 1. Prior to round 3 both Sasikiran and Artemiev had drawn both their games in the previous two rounds. In the third round their encounter started off with a Sicilian Najdorf and by the eighth move itself it was clear that both players were in for a double-edged fight. 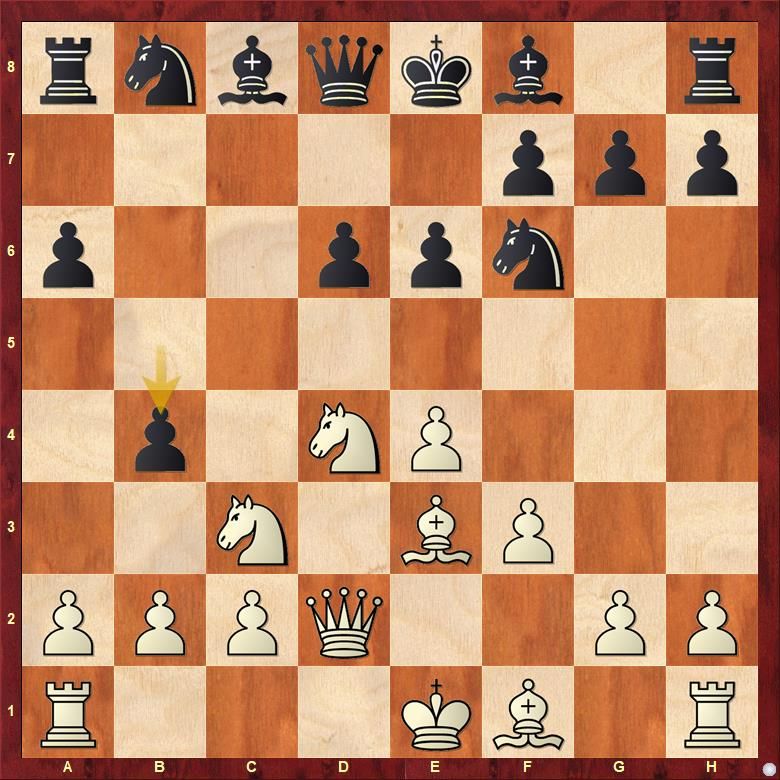 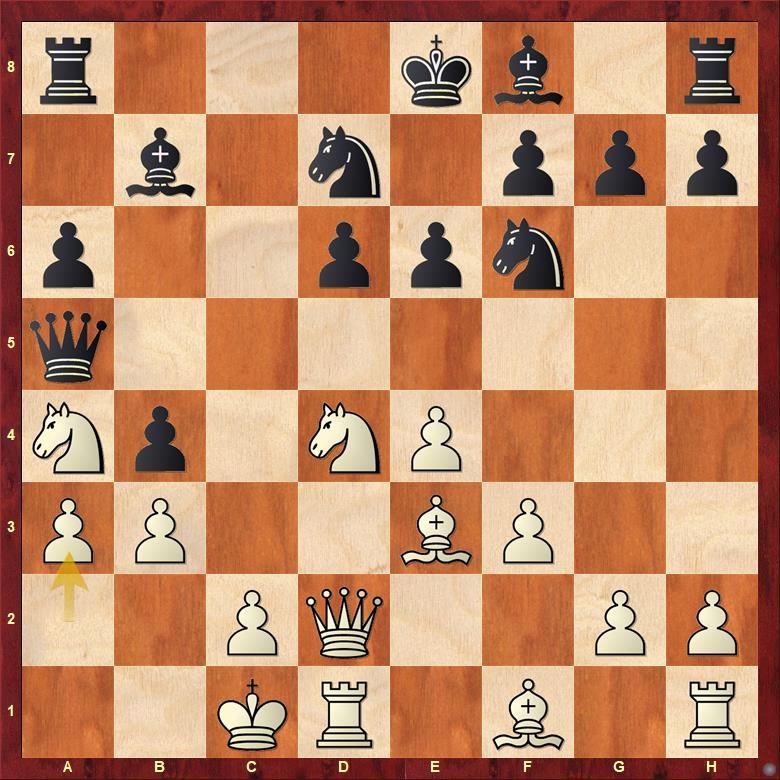 Now White is winning the pawn on b4 but Black really doesn't mind for axb4 also weakens the white king's position and gives Black a valuable tempo to make the d6-d5 break. 12...Qc7 13.axb4 d5 was played. 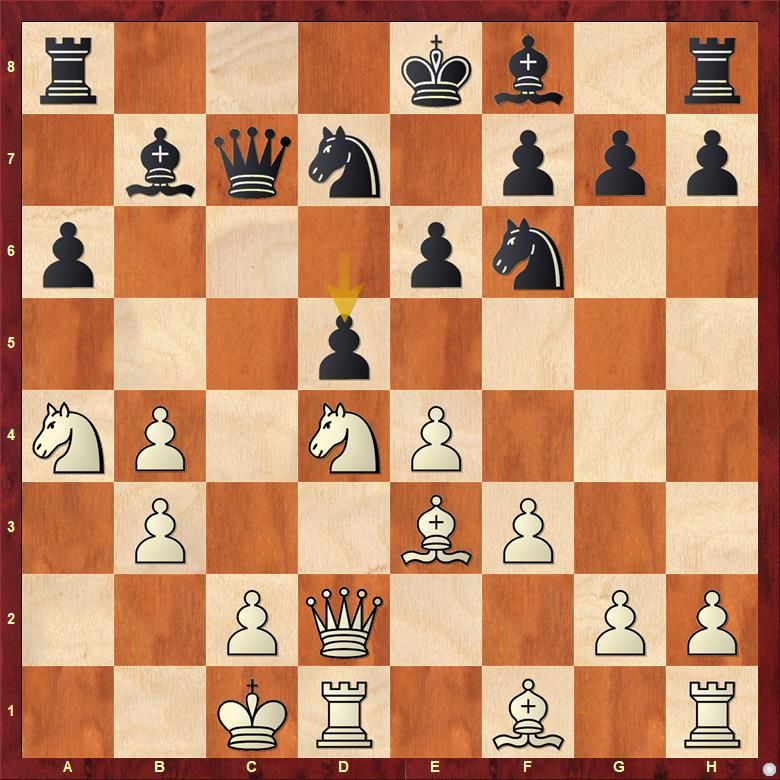 This is the whole point of Black's play. He gave up a pawn and also went back with his queen to have this d6-d5 break.

With 13...d5 Black asserts his central pawn majority. The f8 bishop's line is also opened and there is pressure on e4 and b4 - all in all, Black has good compensation for the pawn. White has a lot of options here, 14.Kb1 is the main move in this position, 14.b5 is also popular and has been tried by Caruana, Wei Yi among others, and even 14.c4 has been tried by likes of Ponomariov, Motylev, and Grandelius. But Sasikiran went for 14.Bf2!? - a subtle move that was played before by Nakamura against Grandelius in 2018. The point is clear, White would like to have his bishop on g3 and harass the black queen on c7. 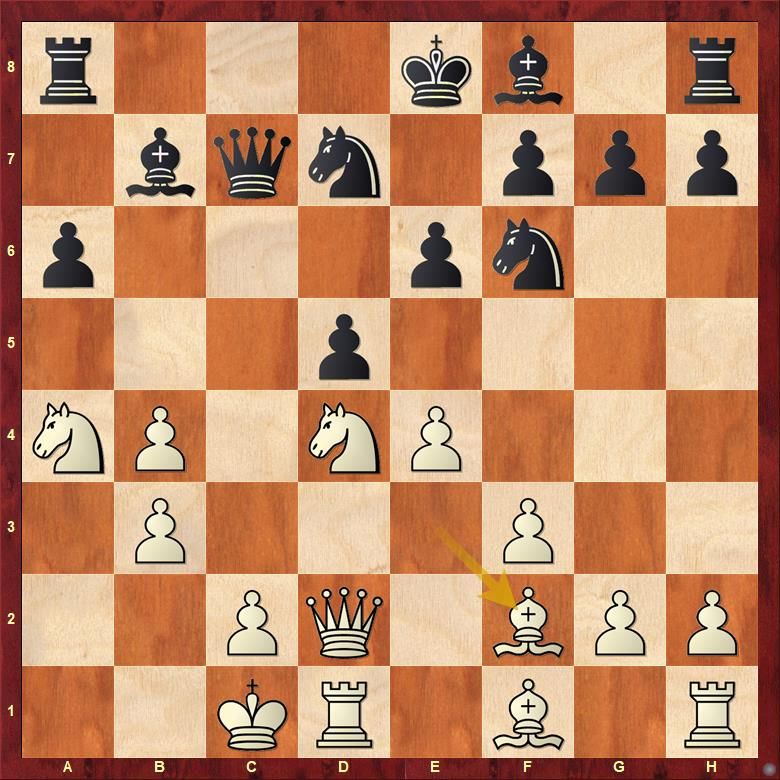 White has just played 14.Bf2 intending Bg3 next move. How should Black respond?

In the game Black went 14...Bd6?! Now, this looks very natural, shielding the queen from the white bishop. Even Grandelius played the same against Nakamura in 2018. But in fact, from strategic point of view this is a mistake. Why? Well, it allows White to force exchange of dark-squared bishops with 15.Bg3! and with no black dark-squared bishop on board the white king on c1 becomes much safer. 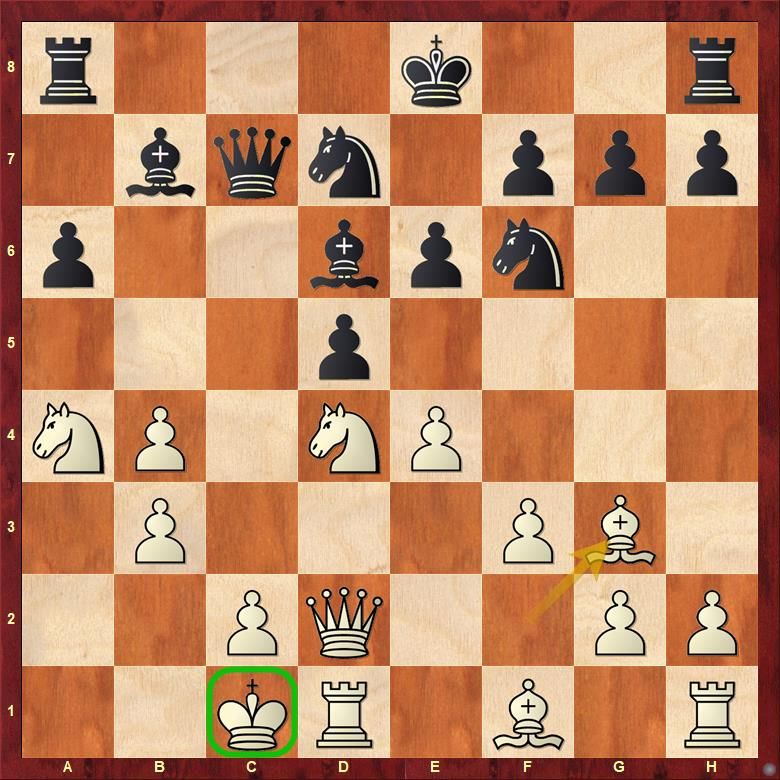 Now the black bishop on d6 - a key attacking piece on the queenside - will be exchanged off!

The game followed 15...Bxg3 16.hxg3 dxe4 17.g4! - after the exchange not only are the dark-squares on White's queenside safer but also the h-file is open for attack and the g-pawn ready to roll over. 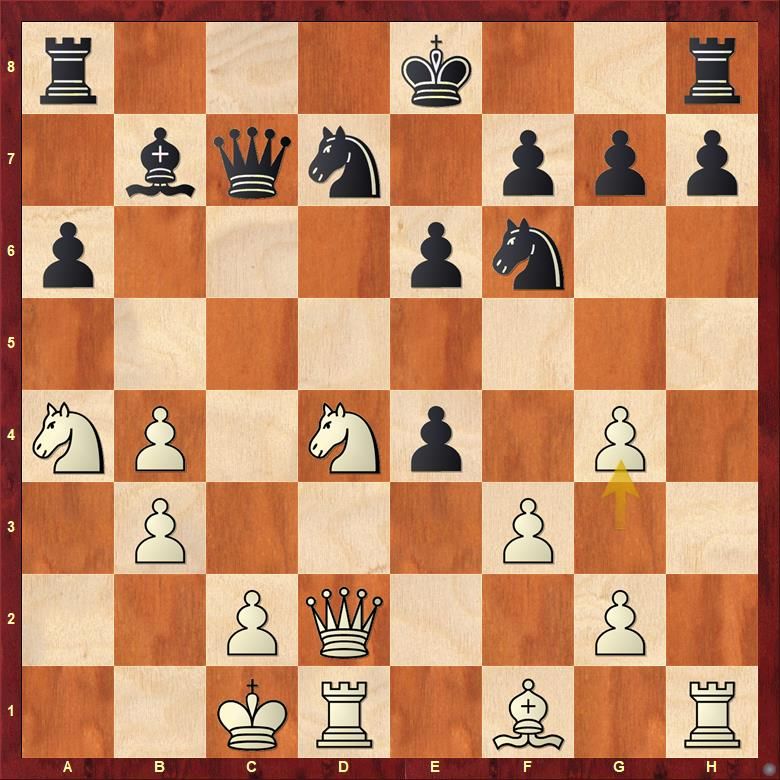 Sasikiran was still in his preparation when he played 17.g4! 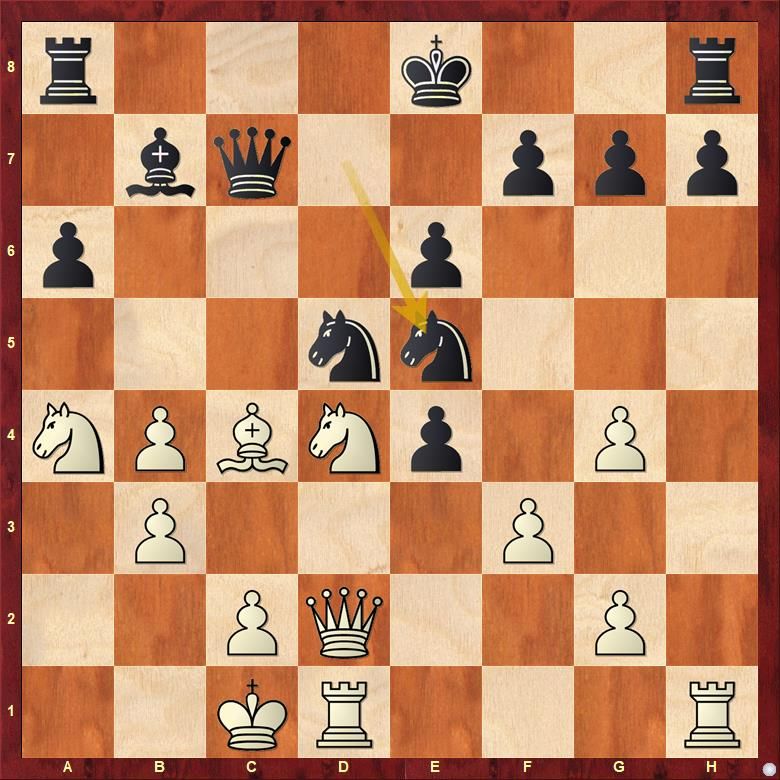 Sasikiran immediately seized the opportunity to open up the position with 19.Bxd5 exd5 20.fxe4 dxe4 21.Nf5! 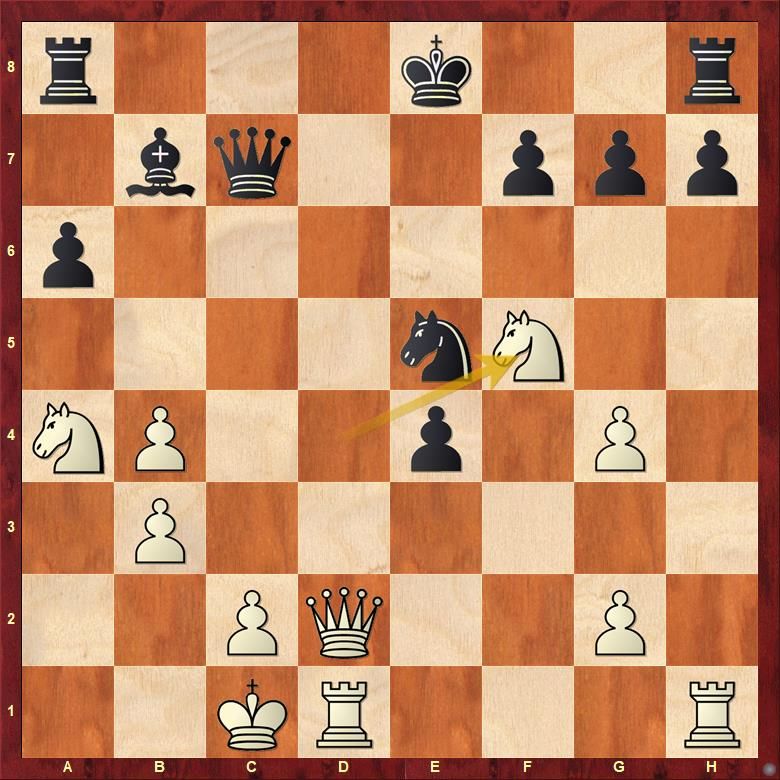 With 21.Nf5 the position has opened up and White is ready to launch a devious kingside attack! 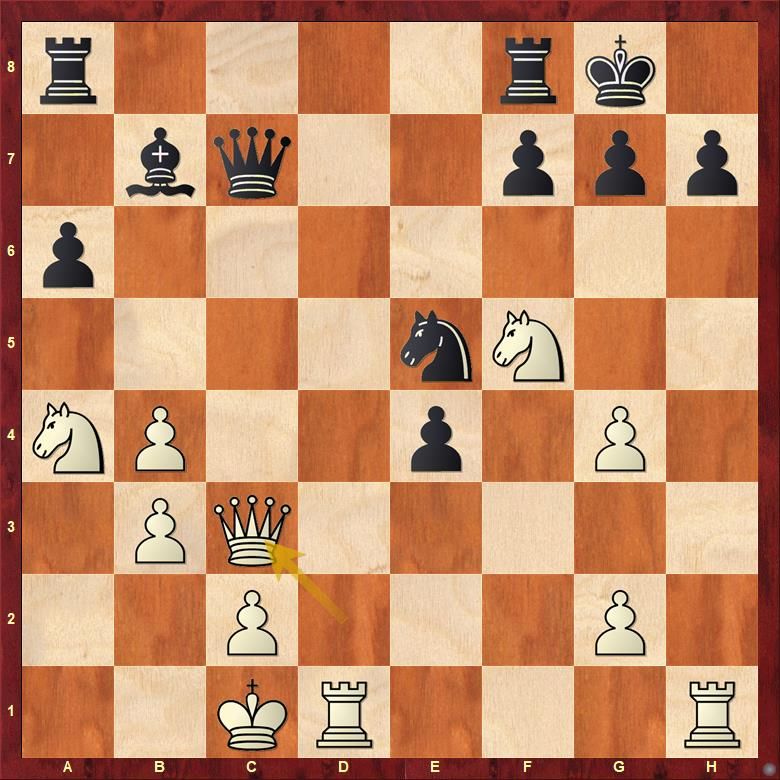 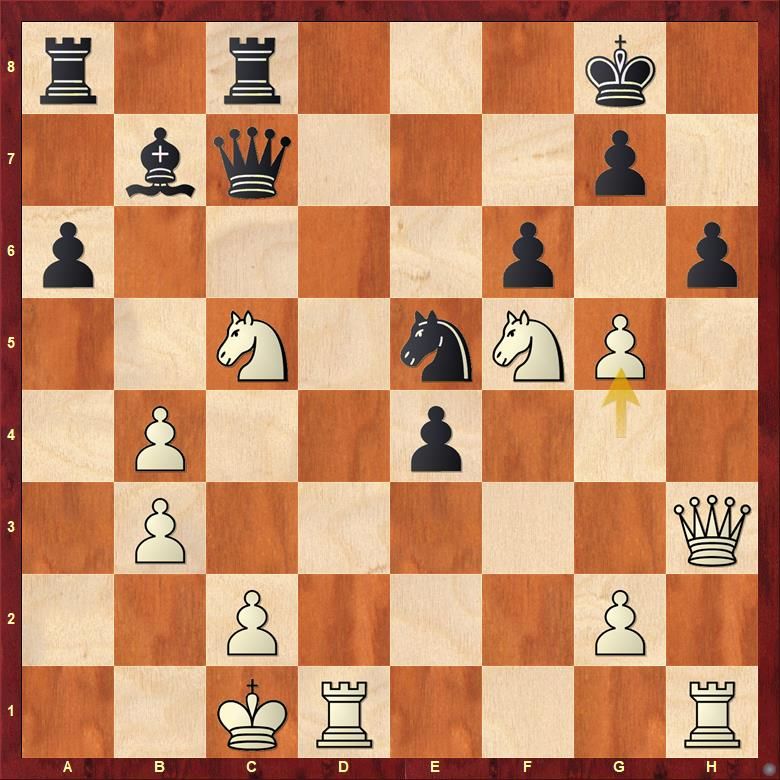 It was possible to go 25.Nxh6+ gxh6 26.g5 but Sasikiran opted the neatest continuation! 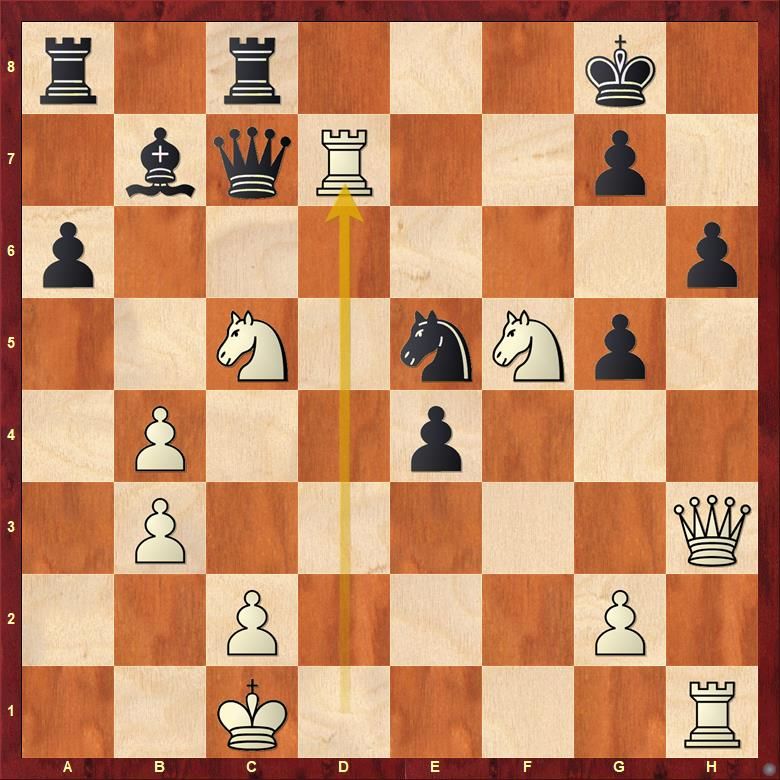 The point of this sacrifice is that after 26...Nxd7 the black queen is cut off from the defense of the seventh rank! 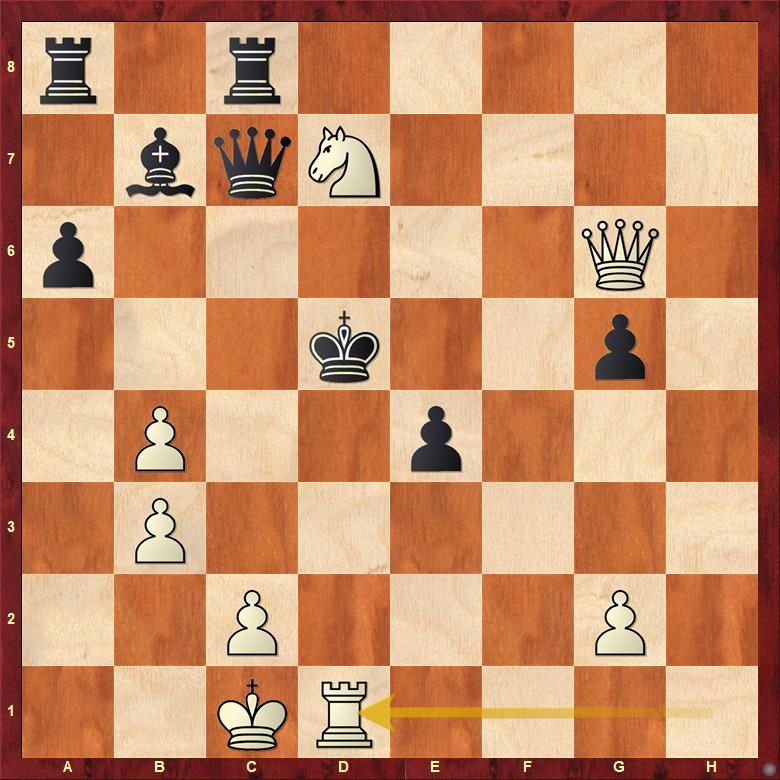 The final position (35.Rd1#) - a checkmate in the middle of the board!

The full game with detailed annotations is presented below:

Here is the video analysis of the game by IM Sagar Shah:

And finally Sasikiran himself sharing his thoughts after the game: 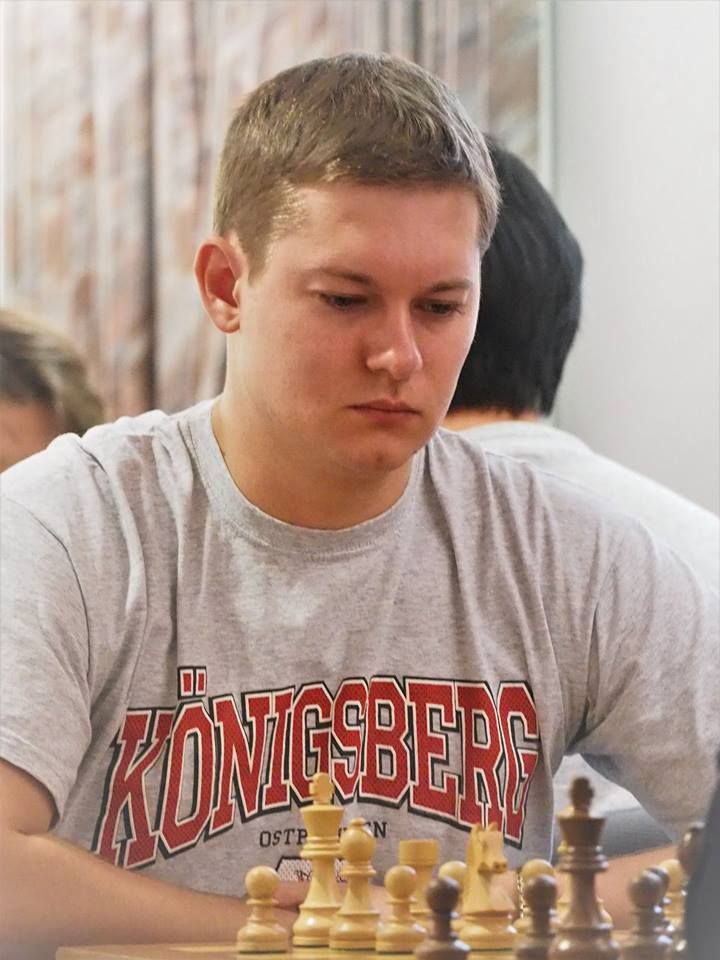 A special thanks to Vasily Papin, who interviewed Sasikiran after the game and sent the material to us for the viewers of ChessBase India to enjoy