25-year-old Rohan Joshi is a chess player from Pune with a rating of 1789. He always dreamed of playing outside the country representing the Indian flag. Studies, finances and many other reasons stopped him from playing international events. However, in February 2019 he decided to play two tournaments in Lienz and Graz in Austria. The initial nervousness of playing in a new environment was quickly converted into the determination of achieving what he was capable of. Rohan played a fantastic tournament in the B-group of Lienz Open 2019 and became a champion with 7.5/9. It was his first trip outside India and he won the tournament. How did he do it? In this article Rohan shares his experience.

Champion on my first international outing 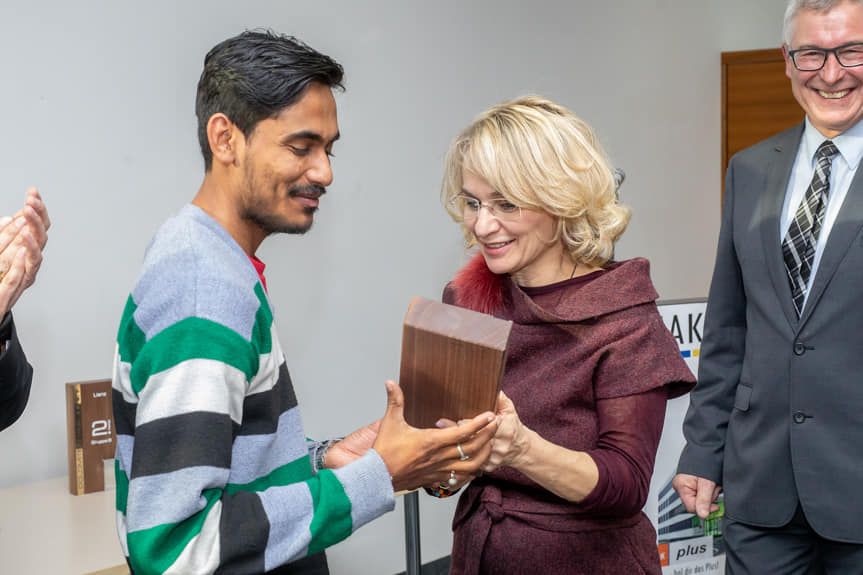 It was my first chess tournament outside India and in the days leading up to it I was extremely excited. I was planning to play outside India since a year or so but couldn't make it because of my education. I was studying for M.Com (Masters in Commerce) and right now am pursuing MBA (last year). Discussing with my coach Rakesh Kulkarni I finally decided in December 2018, that I should try to play a few events outside India. We planned events in Lienz and Graz in Austria. I decided to play in the B group because I thought that I had a good chance of winning the first prize.

I started off the Lienz B-group tournament as the 27th seed. I was confident that I would perform well and even the first three rounds where I had one win and two draws couldn't shake my confidence. There were four players on the score of 3.0/3, but I simply focused on my games. By playing one strong game after another I managed to notch up five wins in a row. With 7.0/8 I was already the tournament leader and with a draw in the last round I managed to win the tournament by a margin of half of a point. 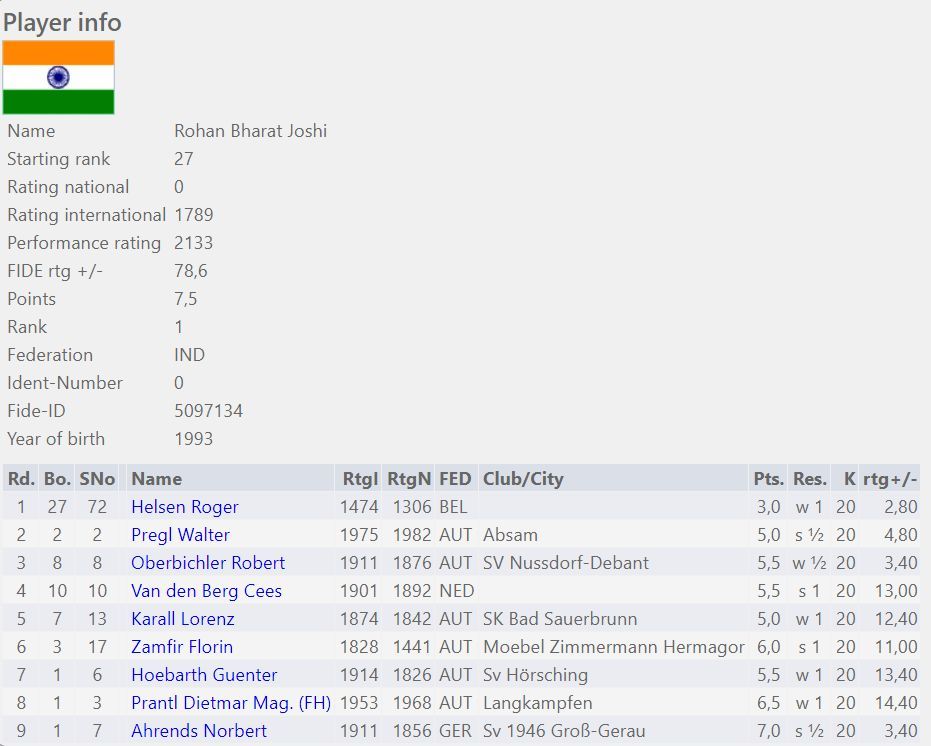 My favourite game from the tournament was against Lorenz Karall. I opened with my usual 1.e4 against a veteran Austrian opponent who was 79 years old! This game is truly memorable for me because apart from playing good chess, I had a wonderful time with my opponent after the game. He invited me to the analysis room to go over the game with my choice of beverage! Later on, he also presented me with 2 pens for playing good chess. Truly a Gentleman! 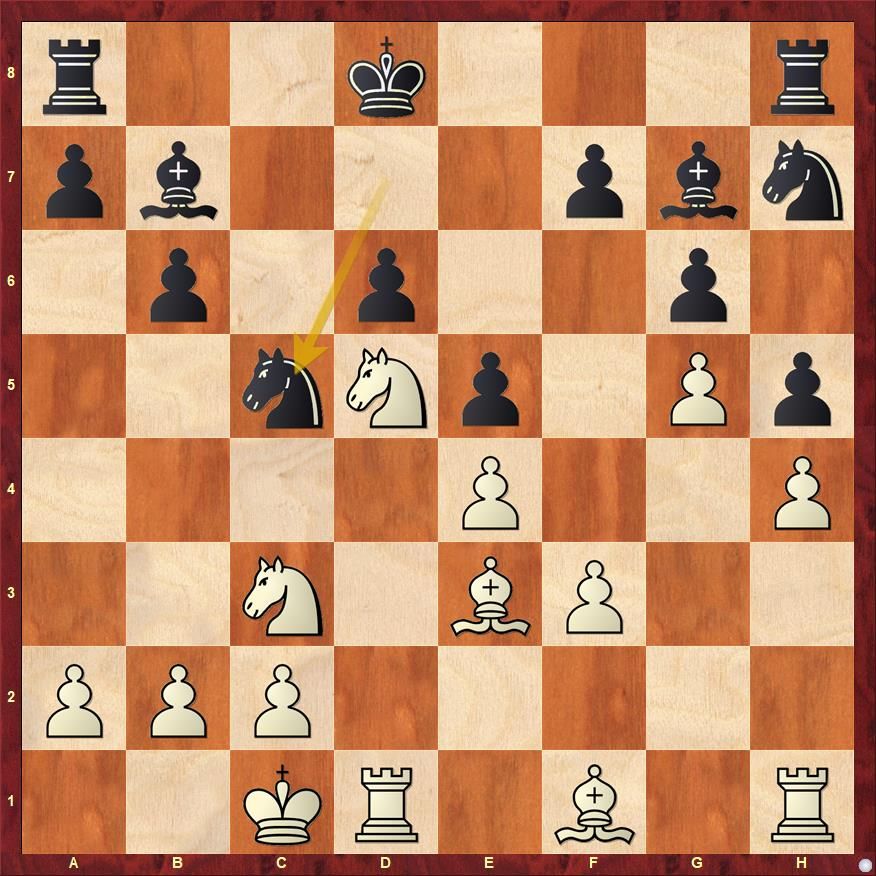 Black has his pieces clumsily placed. How should White proceed? 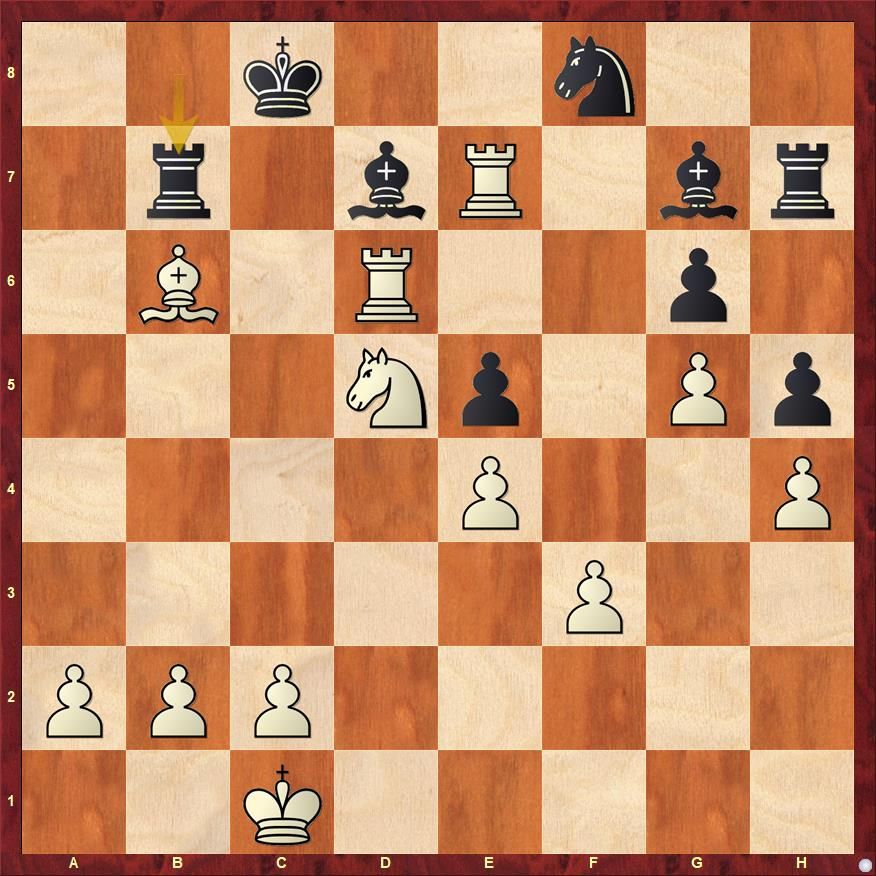 It's time to finish off the game in style! White to play. 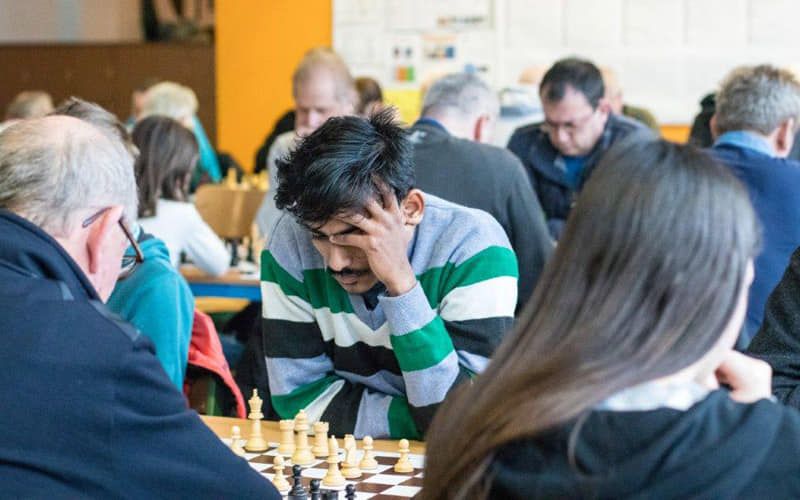 Giving everything that I had got! | Photo: Lienz Official website 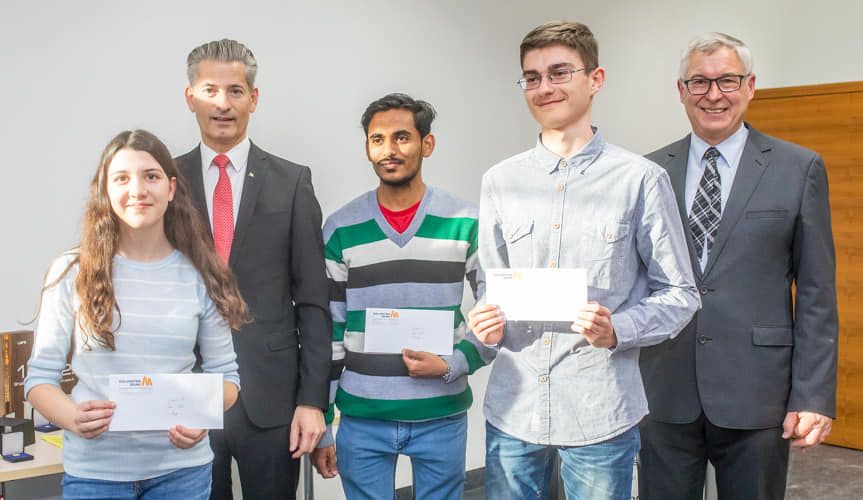 This was my first tournament outside India and I was so happy that I could win it! Along with the trophy I also gained 600 Euros! | Photo: Lienz Official website

There are a few people whom I would like to thank for my victory. My coach Rakesh Kulkarni who has always been a constant motivator. Chinmay Kulkarni, who has always helped me to improve whenever I have had some doubts. A big credit for my victory goes to my parents who have always been with me. I would also like to thank Ranveer Mohite, my room mate. He was playing in the A group and having him by my side was very helpful. I would like to dedicate this tournament win to the soldiers of India who were martyred in Pulwama terror attack. 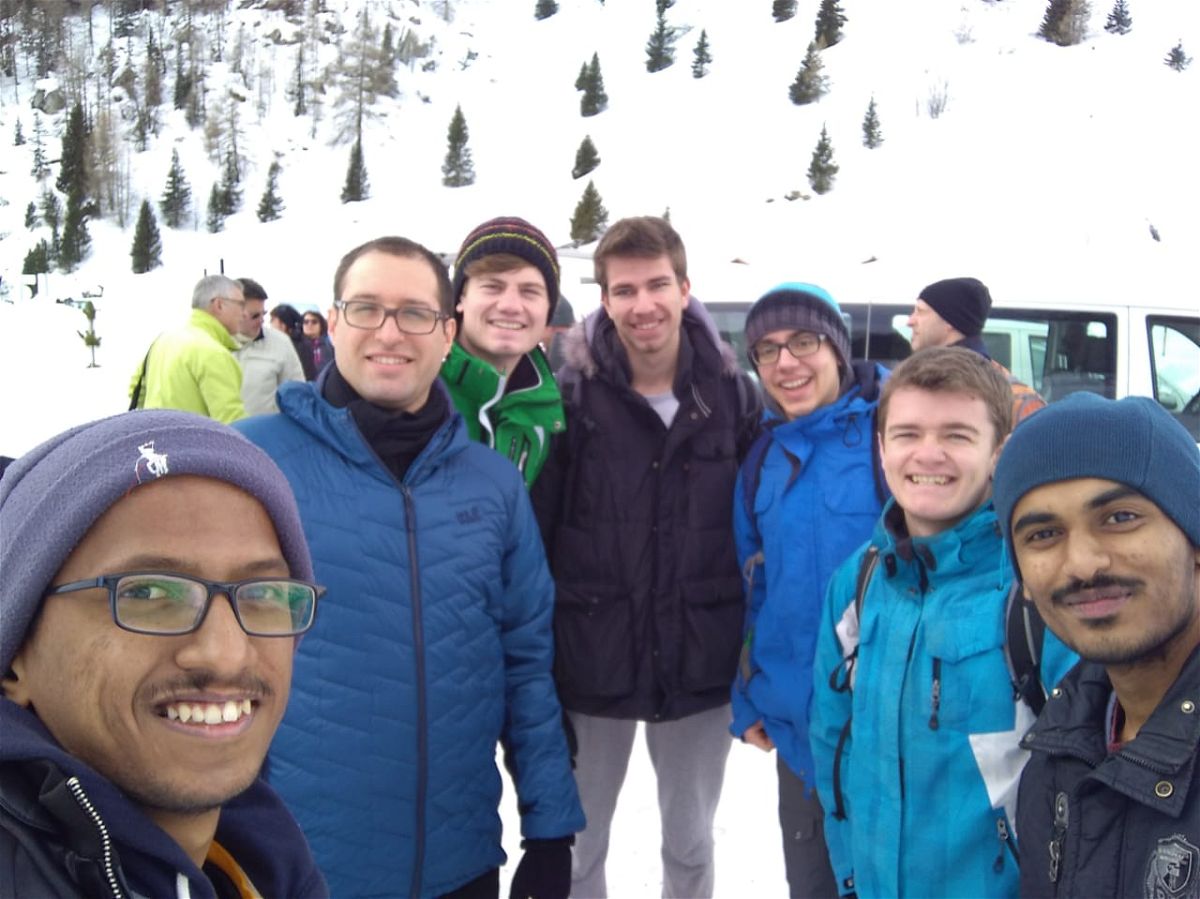 I have finished level 1 of German language. This surely helped me to make new German friends! 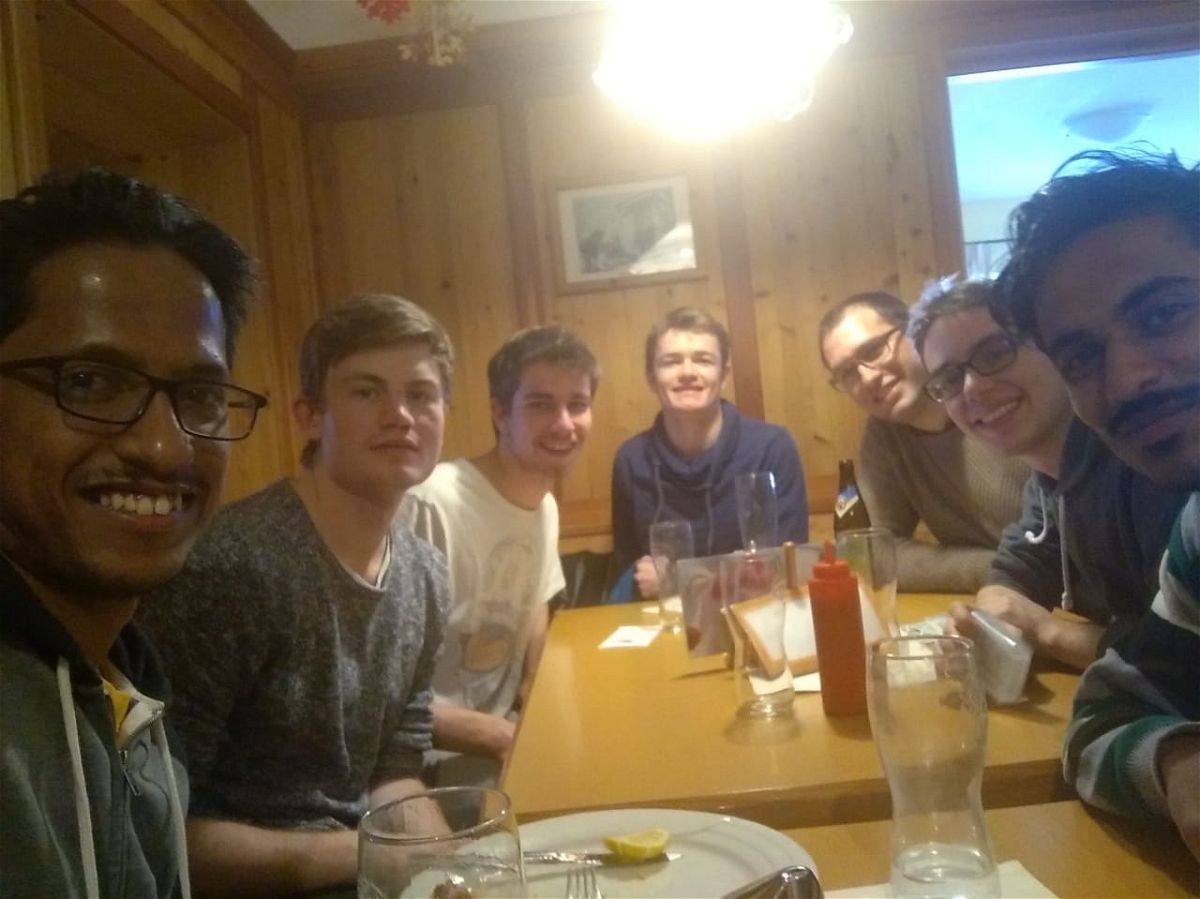 What is celebration without friends! 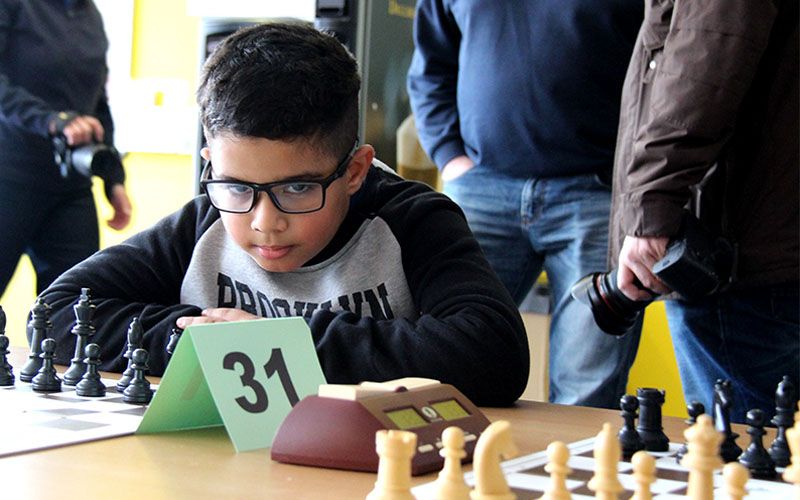 Watch out for this young talent Jaivardhan Raj. He is sure to make it big in the years to come! | Photo: Lienz Official website 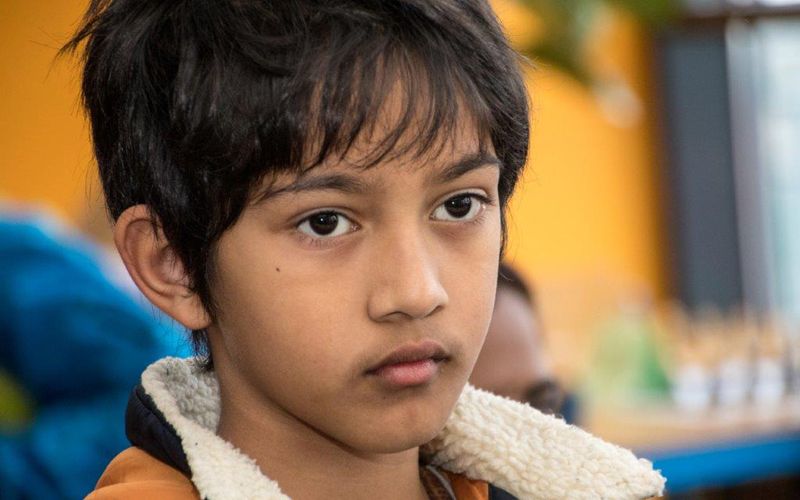 Lakshyesh Gupta was at one point the youngest rated player of India. He has kept up his pace and played really well at Lienz | Photo: Lienz Official website 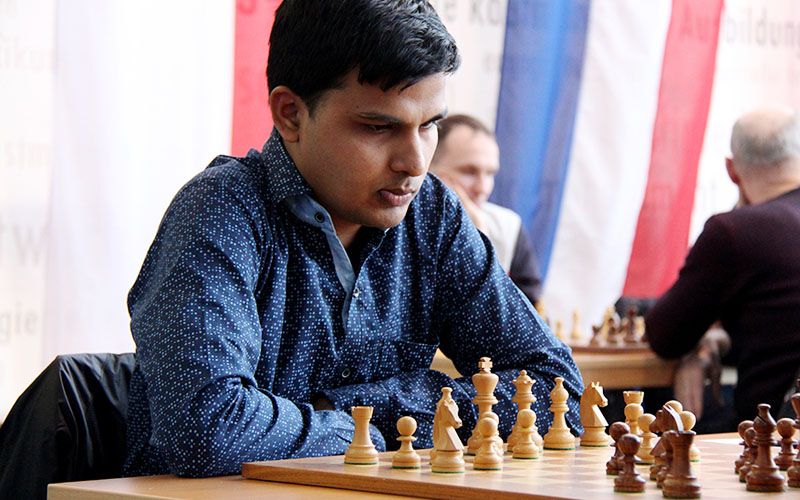 I would also like to congratulate Ankit Rajpara for a fine performance and finishing joint second in the A group | Photo: Lienz Official website 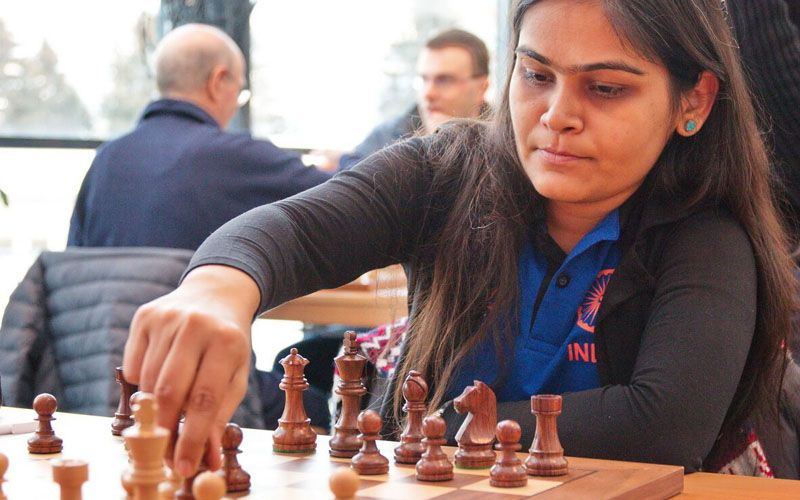 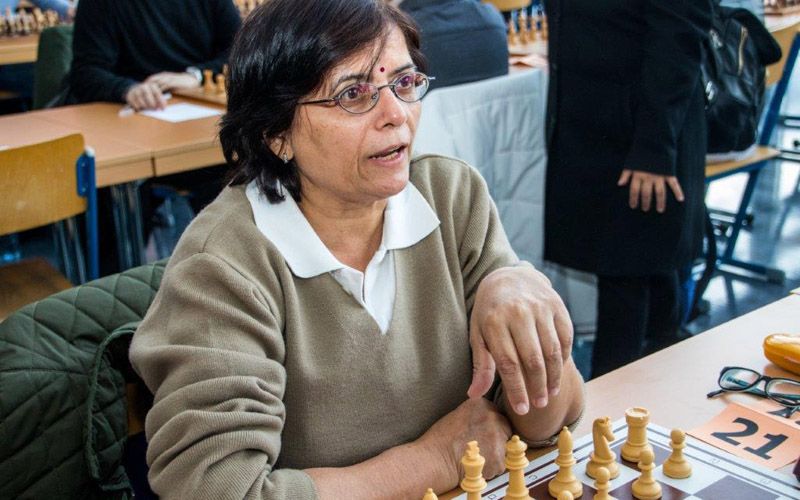 It's inspiring to see Bhagyashree Thipsay giving it her all even at this age and performing so well. Check her scorecard below: | Photo: Lienz Official website 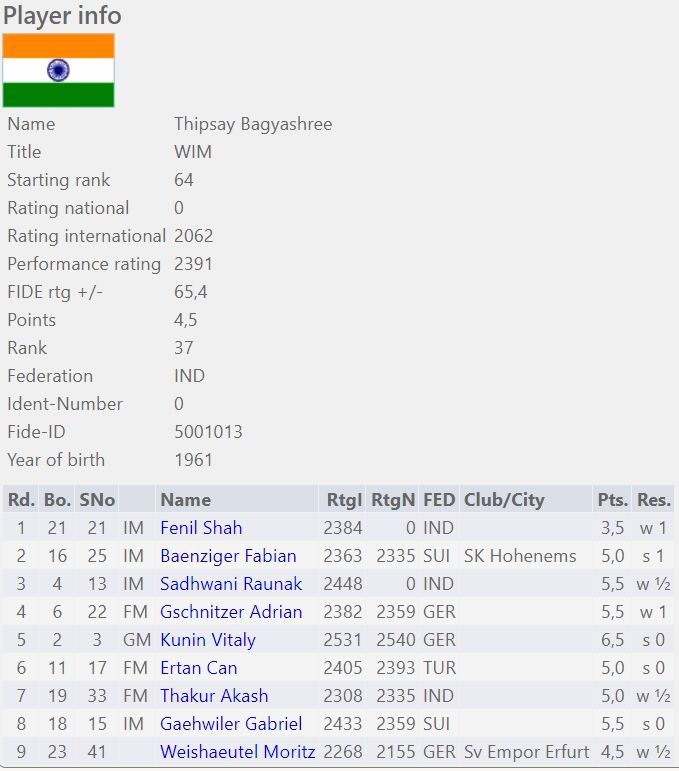 Narrowly missing out on a WGM norm

Final standings of A group 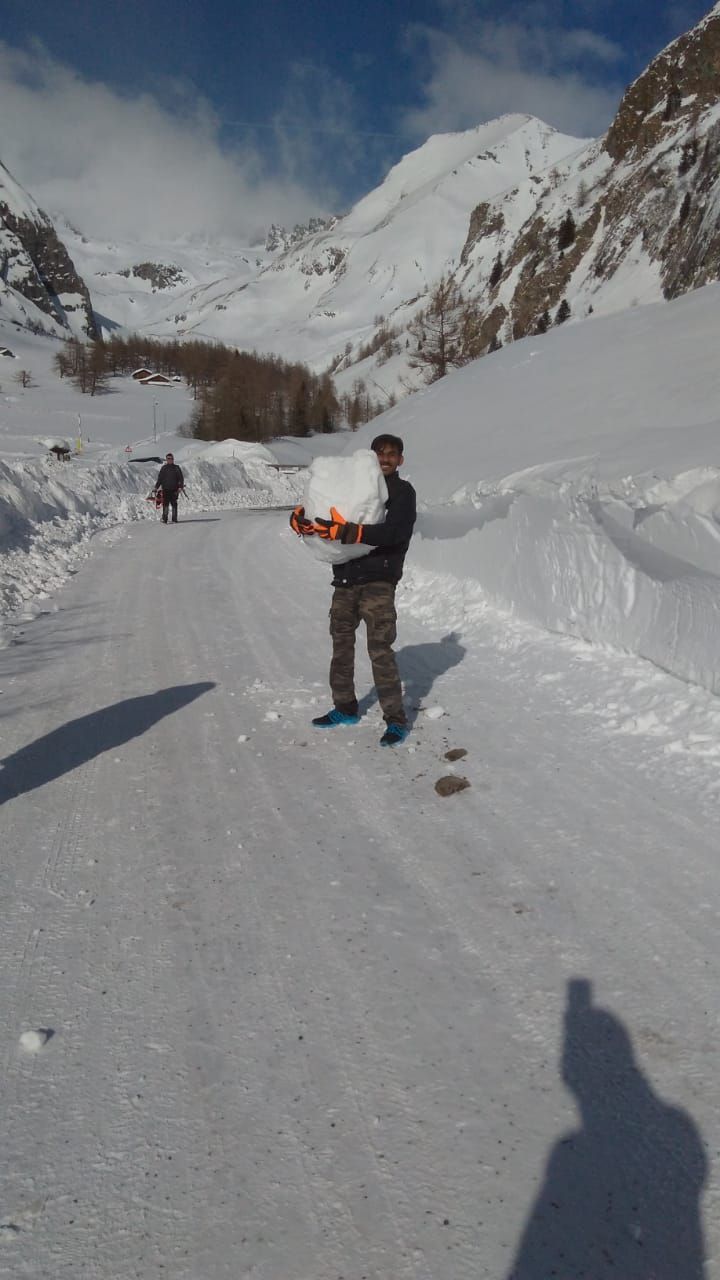 What a bliss it is to play in the snow! 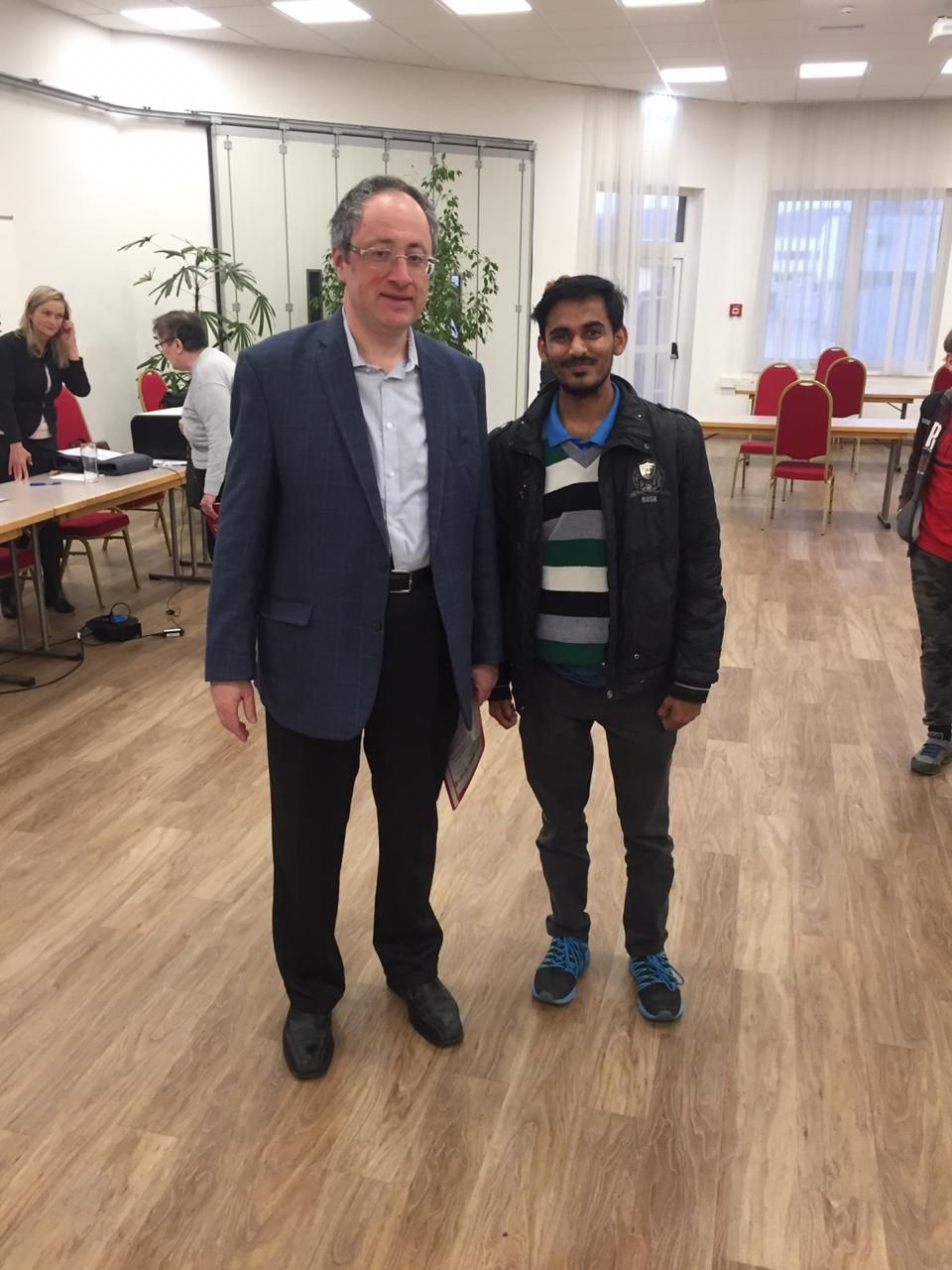 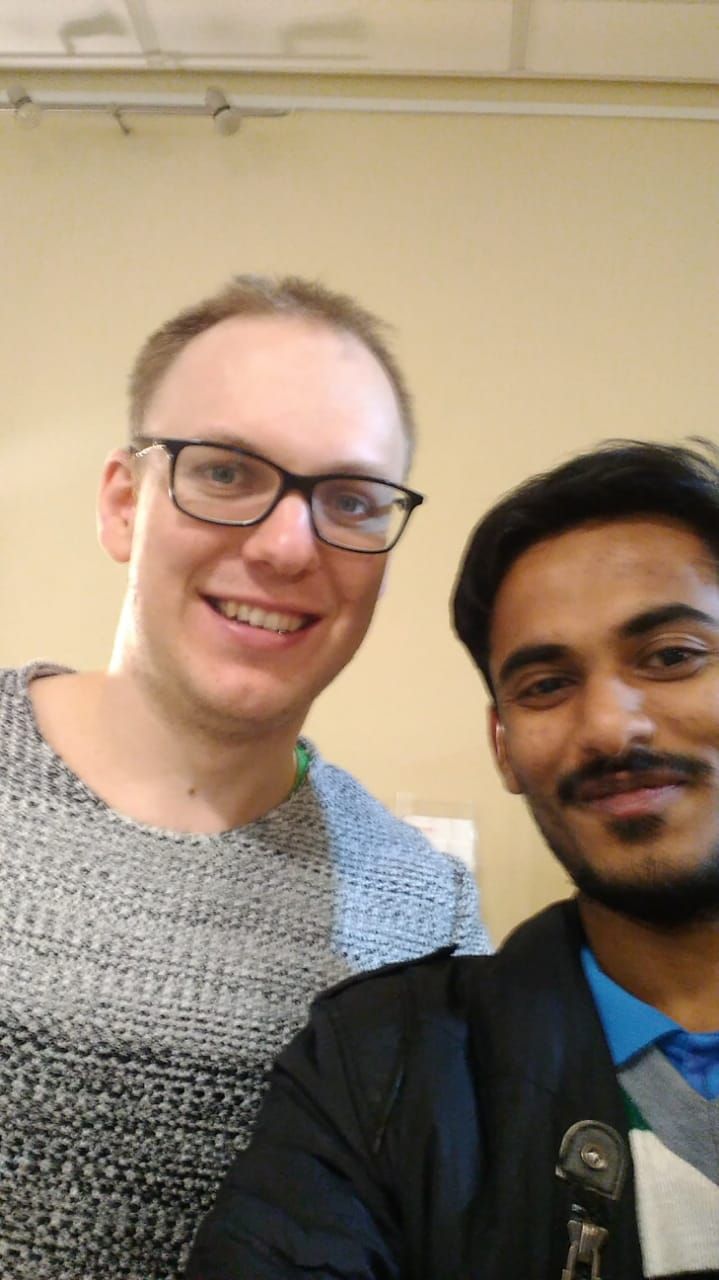 Just to get an idea of how strong Markus Ragger is - he beat Gelfand 4.5-1.5 in their match!

After my tournament in Lienz, I played in the B-group of Graz. I am happy with the quality of my games there as well and finished seventh. I won 50 euros and a prize in the rating category of 1700 to 1799. 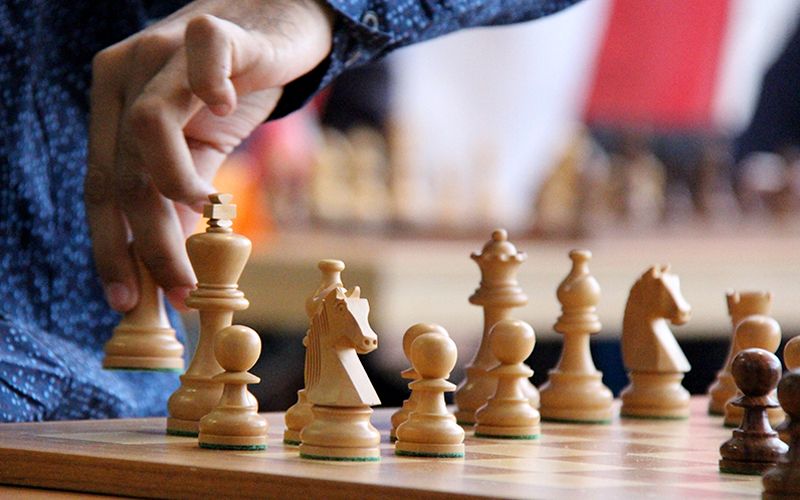 To all my friends out there in India, who haven't travelled to tournaments abroad, I would like to say - Go ahead, plan a trip if you can make the finances work. Apart from the chess, it will be a great cultural experience for you. You will see new places, make new friends, the new chess environment will invigorate you, and who knows, you might even win a tournament out there and make your country proud!