Top seed of the tournament IM Richard Pert of England and IM Antonas Zapolskis of Lithuania scored an unbeaten 4.5/5 to finish joint first at 37th Bury St Edmunds Congress Open at Suffolk, England. They both received £265 each as their prize money got shared between them. FM Martin Walker scored 4.0/5 and finished at sole third position. He received £100 as cash prize. Total 170 players participated in the tournament from eleven different countries including India. Ranjith Rk of India scored an unbeaten 4.5/5 in the U140 category. He received £200. Here is a pictorial report from the tournament director Steve Lovell himself. Photo: Steve Lovell 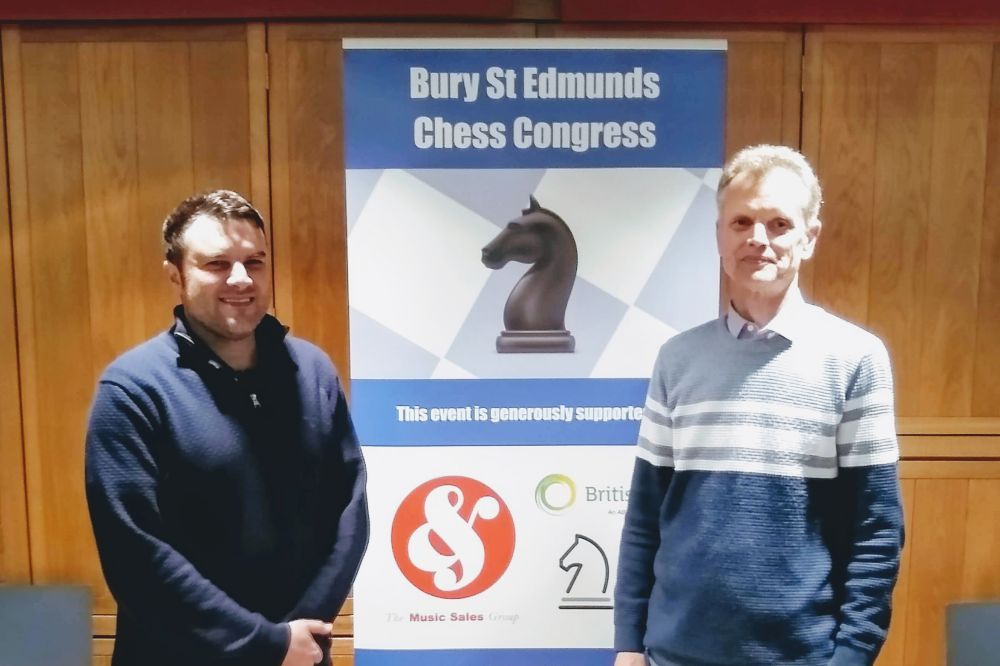 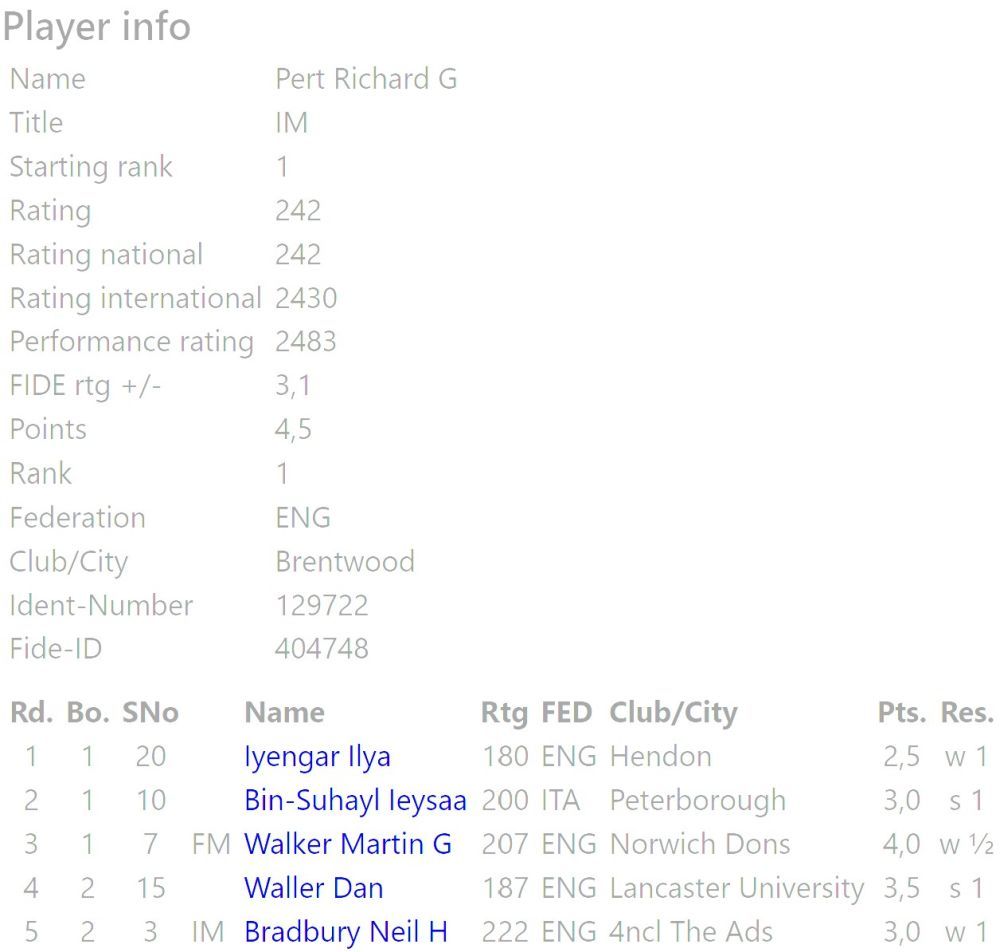 The 37th annual Bury St Edmunds Chess Congress took place over the weekend of 26th and 27th October 2019, attracting a field of 170 players competing across four tournaments of the five round swiss. Whilst the majority of the delegates were from the East Anglia region, a good number traveled further and we also had visitors from overseas, including from India, Denmark and Ireland.

The event was again generously supported by the Music Sales group and by British Sugar. Both firms have bases in the historic town of Bury St Edmunds. 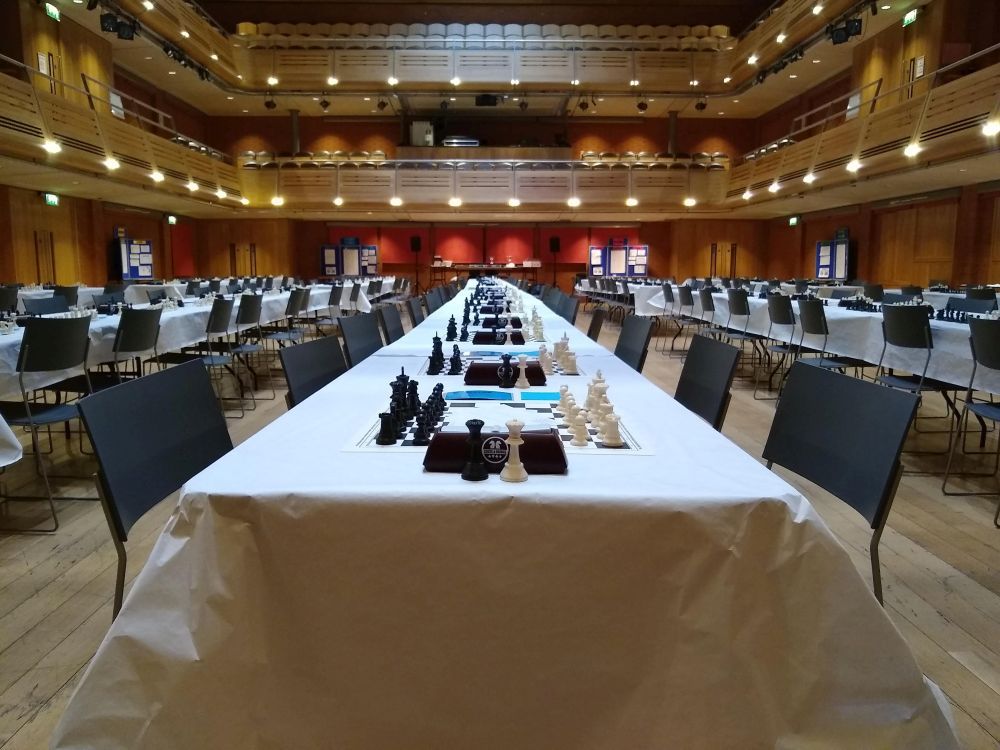 The tournament hall before the proceedings | Photo: Steve Lovell

The Open tournament saw more entrants than in recent years with a field of 39 players, including four IMs and one FM. The Major tournament, requiring an English Chess Federation grade of under 170 (equivalent to a FIDE rating of 1975) saw a total of 46 entries. Meanwhile, 41 players competed in the Intermediate tournament (ECF u140, FIDE u1750) and a further 44 in the Minor (ECF u110, FIDE u1525).

Entrants to the event were competing for their share of the £2000+ prize fund and for chess.com membership prizes. 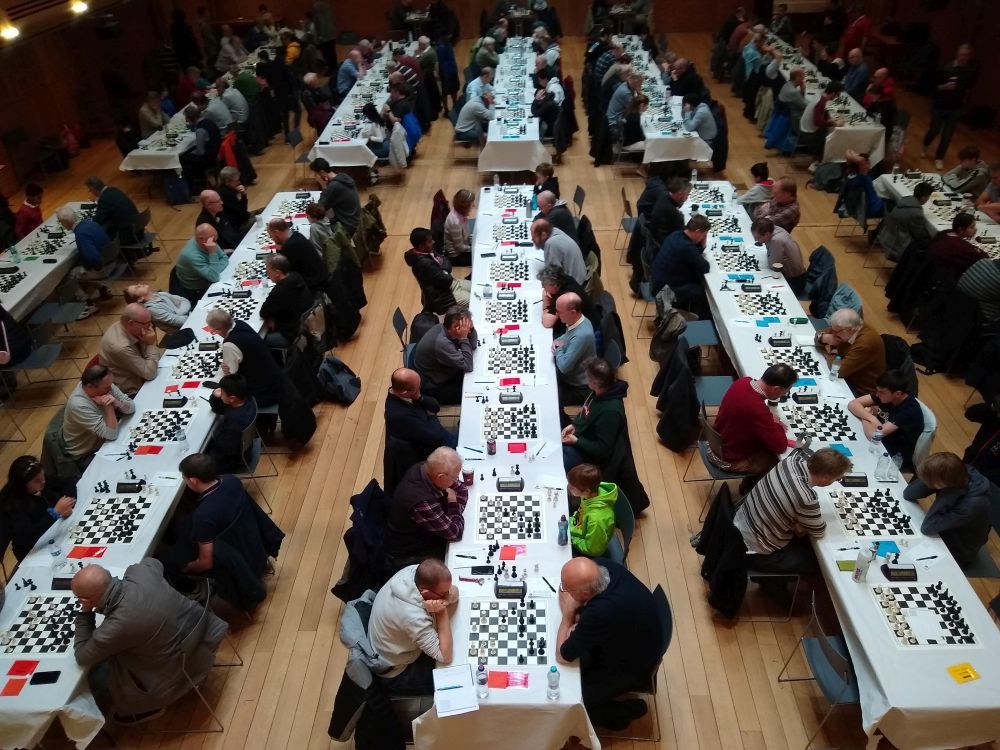 The tournament hall while the players are in action | Photo: Steve Lovell

Things were very tight in the Open section going into the final round. Three players, IM Richard Pert (ECF graded 242, FIDE rated 2436), IM Antanas Zapolskis (ECF 214, FIDE 2280) and Chris Davison (ECF 194, FIDE 2044), were tied for first with each having dropped just half a point. A further five players were just half-a-point behind, including IM John Pigott, FM Martin Walker and IM Neil Bradbury (ECF 222, FIDE 2326). Bradbury received the upfloat from those on three points. As Davison, a local player currently appearing for Linton chess club and for the Poisoned Pawns in the 4NCL, had held Bradbury to a draw in round two, that pair couldn’t meet again. Therefore, the final round pairings on the top boards were as follows:

While these events unfolded, players in the Major, Intermediate and Minor tournaments also battled for top places in their competitions. The Major section was won jointly by Paul Kenning (ECF 164, FIDE 1858) and Vladimirs Bovtramovics (ECF 157, FIDE 1804) on 4 points apiece. The Intermediate section was won outright by Rk Ranjith (FIDE rated 1746), our visitor from India, who achieved 4½. He was closely followed by a group of four players all scoring 4 points. In the Minor section there was a blanket finish with five players finishing in joint first place on four points. 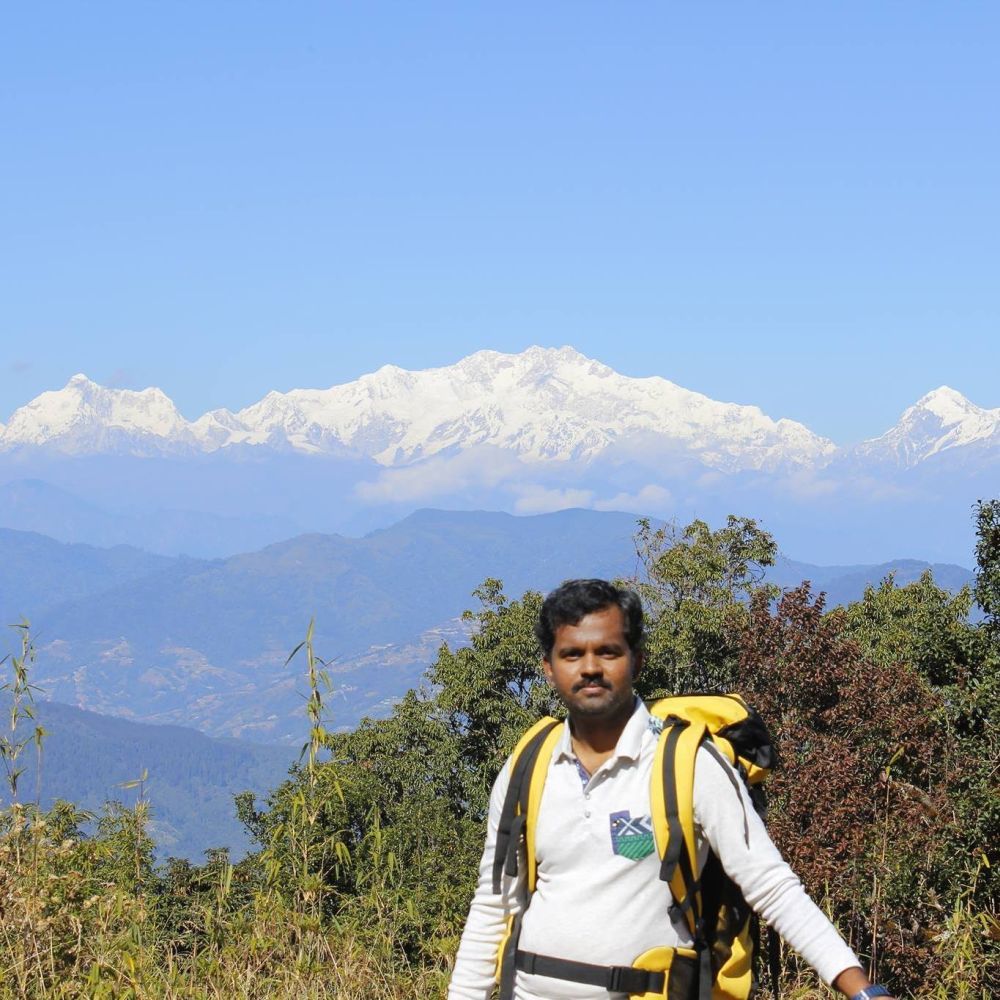 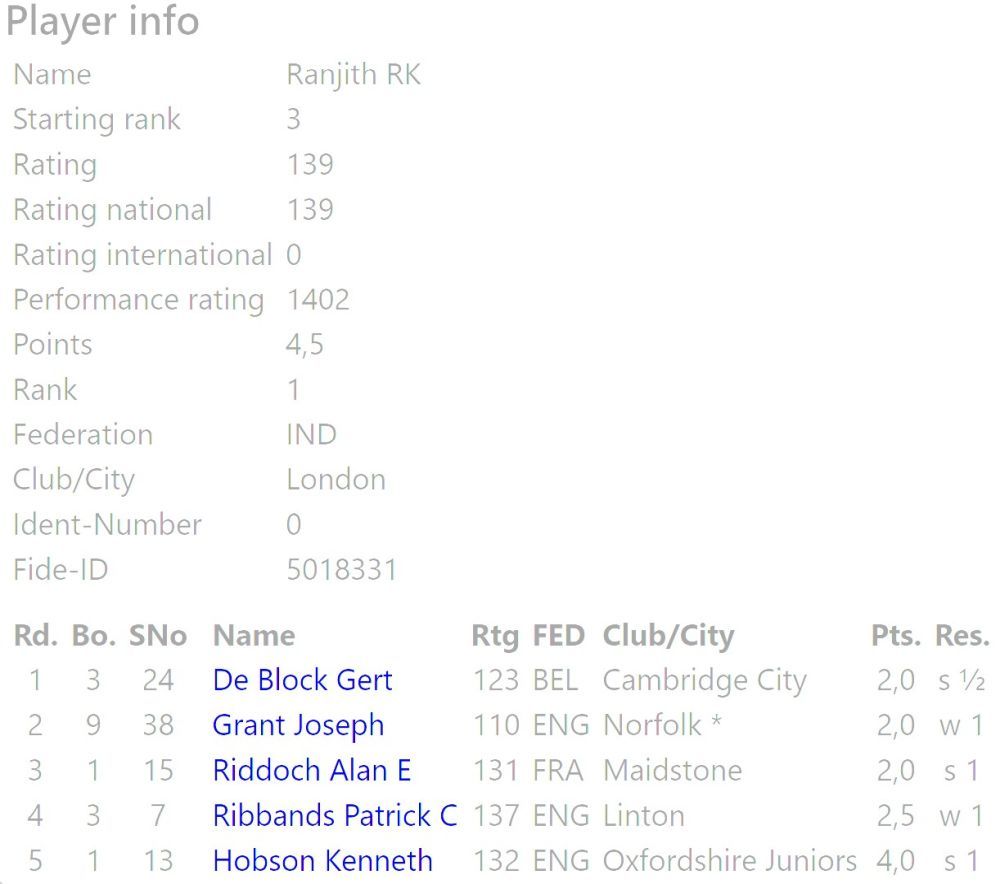 Returning to the Open, the result on the boards listed above were as follows

With Pert and Zapolskis both winning, they shared first place on 4½. Walker’s victory was sufficient to secure outright third place.

Total 170 players participated in the tournament from eleven different countries including India on 26th and 27th October 2019 at The Apex, Charter Square, Bury St Edmunds, Suffolk, England. The next edition has been announced on the official website and it will take on 31st October and 1st November 2020.