When the rook is as powerful as the queen!

" Fortresses in endgame always appeals to the spectator when a side with a material disadvantage holds his own in a seemingly lost battle. Like the attractiveness of sacrifice in chess, fortresses too capture the imagination of players and annotators alike," writes GM Sundararajan Kidambi. He saw the game between Lupulescu and Navara live from the European Club Cup 2017 and was drawn towards the beauty of the Czech grandmaster's tenacious play. In this article we discuss the fortress of rook versus queen, which is not only possible with one pawn per side, but also when the side with the queen is a pawn up! | Kidambi's image in thumbnail: Alina l'Ami.

Fortress in the Endgame by Sundarajan Kidambi

" In order to improve your game, you must study endgame before anything else" - Capablanca

The importance of studying the endgame in chess can never be overstated. As the Cuban World Champion has said, it is very important for every student of the game. I would like to deal with a couple of examples on the topic of fortresses in endgames. It always appeals to the spectator when a side with a material disadvantage holds his own in a seemingly lost battle. Like the attractiveness of sacrifice in chess, this too captures the imagination of players and annotators alike.

While watching the game Lupulescu-Navara from the European Club Cup a few days ago, I came across a wonderful example of a fortress. Immediately I was reminded of two examples from Averbakh's Best Games which I will share here. First here is a study by the great Composer Kasparian. 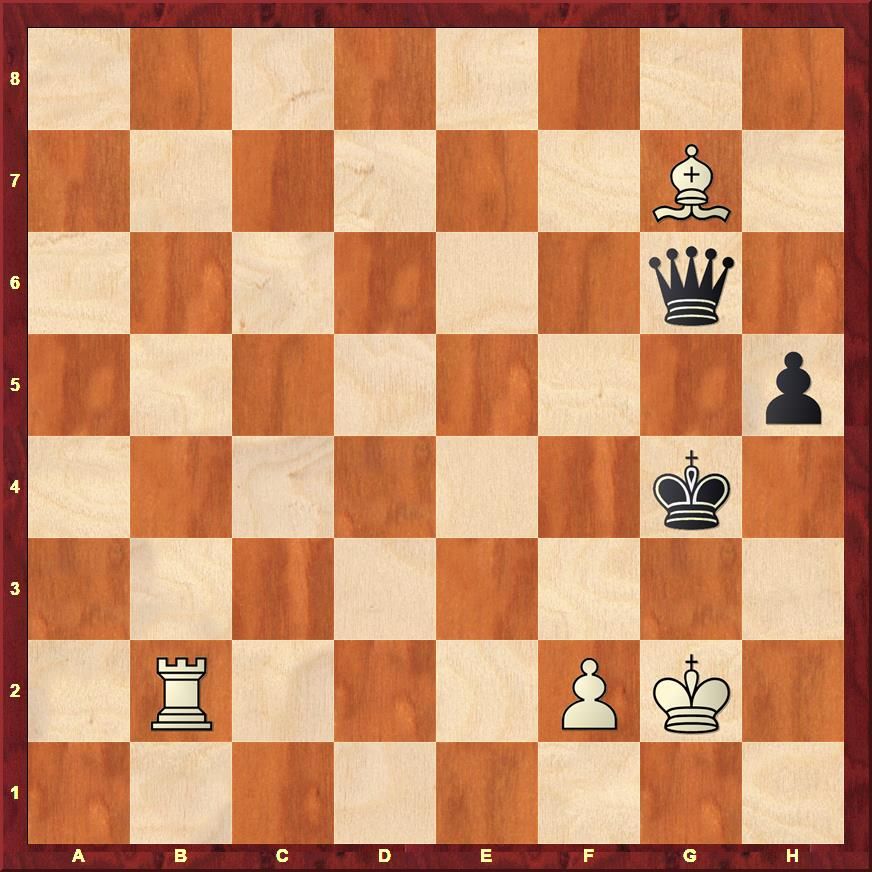 Try and find what should White do to save this game?

The solution to this study is very pretty. But (Un)fortunately there is a cook which was also found by Kasparian as mentioned by Averbakh which prevented the composition from winning a prize. Once you have tried to solve this study, take a look at the replayable board for the two solutions. 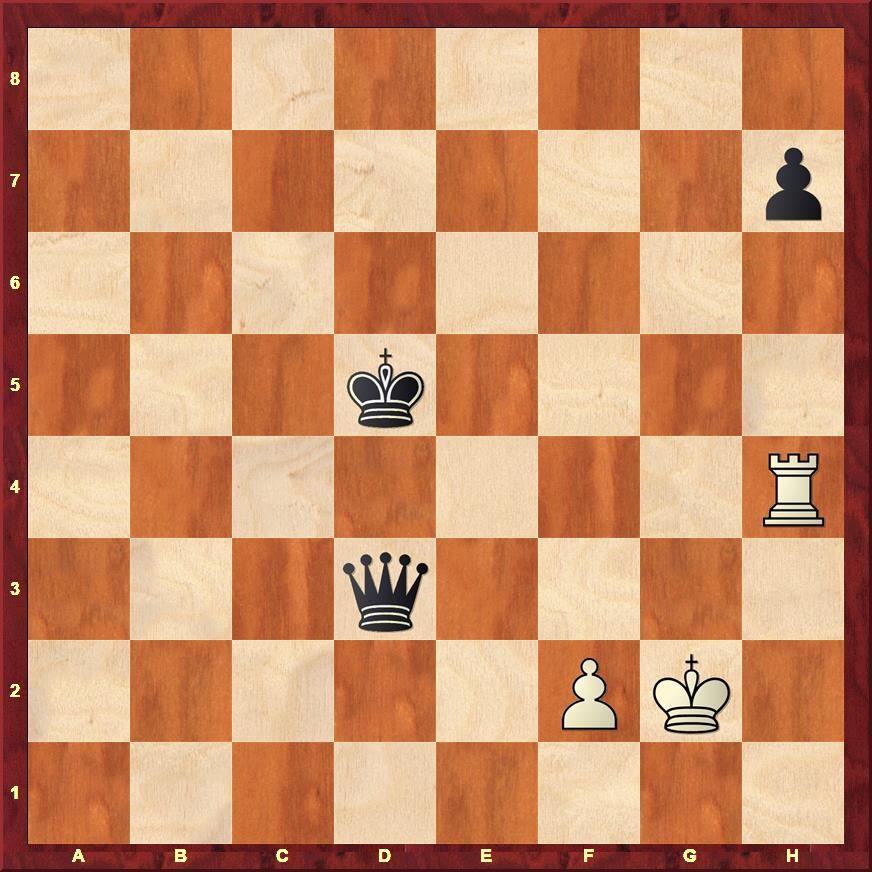 This is a critical moment from the game Averbakh-Bondarevsky USSR 1948. It's Black to move and there is only one way for Black to win the game. Can you find out what it is?

Averbakh explains in his best games as to how knowledge of Kasparian's study helped him steer his game towards a fortress. Here are the notes to the key moments of the game by the oldest grandmaster alive.

Finally coming to the Lupulescu-Navara game from the European Club Cup. This is one critical moment from the game: 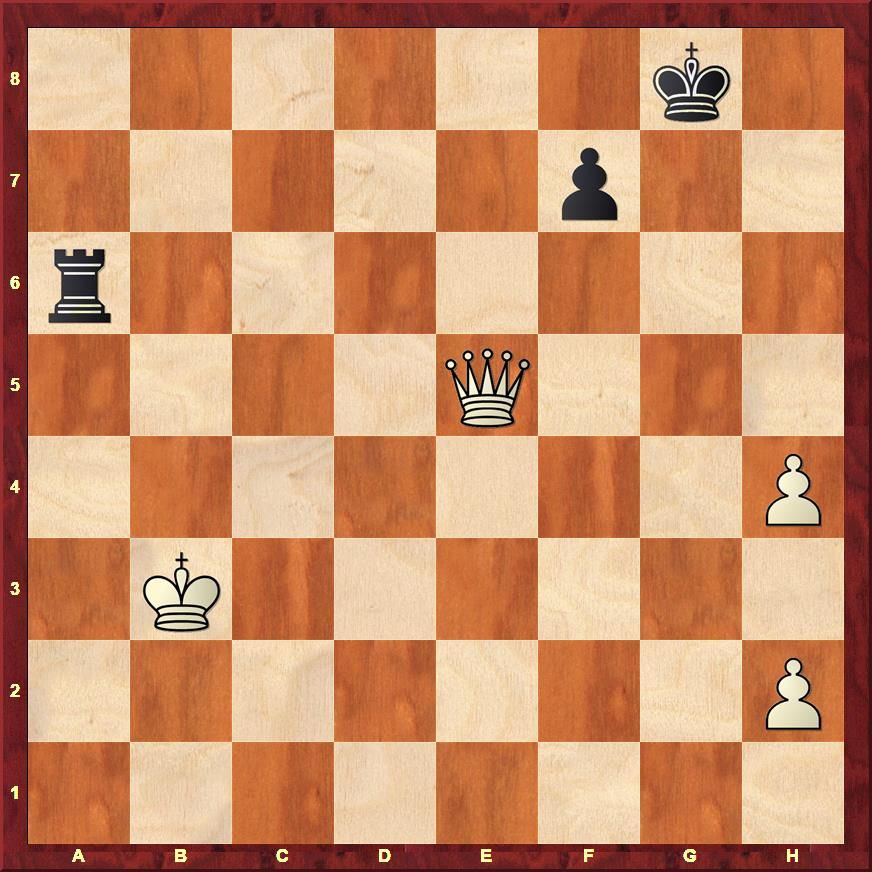 White to move has a unique way to win here. This was pointed out by International Master Sagar Shah.  White missed it and the game resulted in a draw later. I analyzed the endgame and then discussed it with grandmaster Sandipan Chanda. We found some interesting ideas just before reaching this endgame. There are still some unanswered questions left as always! I present the product of our analysis here. 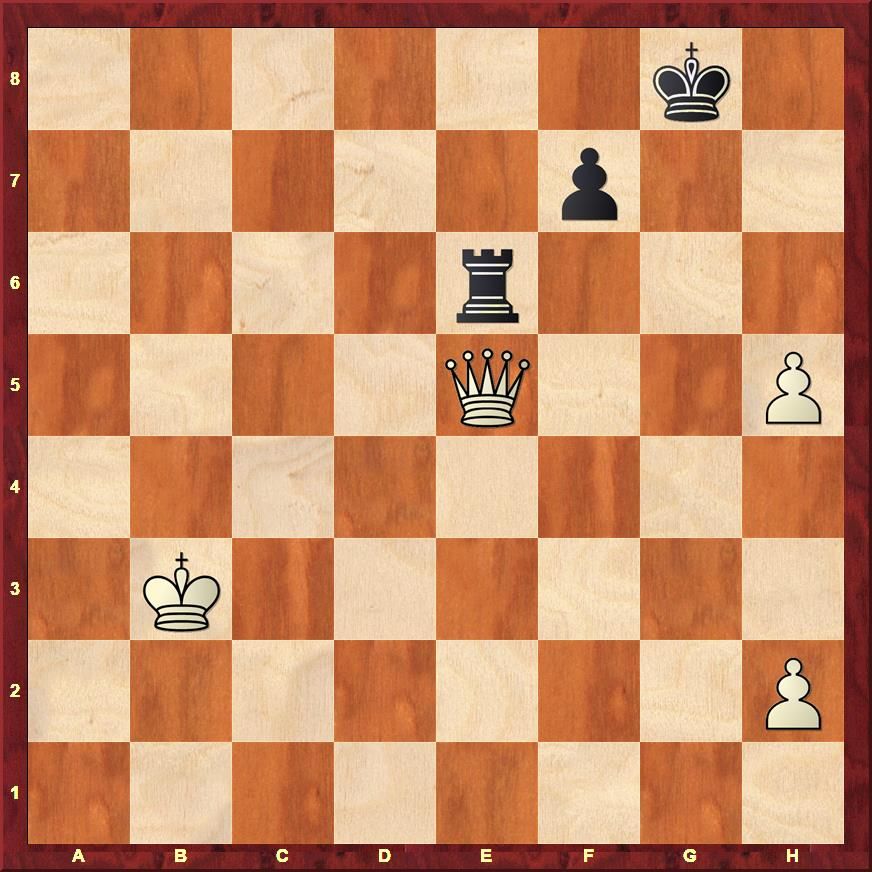 Despite the presence of an extra h-pawn. This position still seems to be an unbreachable fortress.

Some practical pointers derived from the analysis were:

2. Should not allow White's pawn to reach h6

4. If white has two h-pawns still the position is a draw if black reaches the safe squares e6 or h6 with King on g7 and h7. Black loses in that Qg3-h5 line because he is forced out of the safe square!

5. For the side, with the Queen, there are always tactical ideas even if it's just one tempo before the rook reaches the safe square, like in this example and also the Averbakh game.

My Thanks to Sandipan Chanda and Sagar Shah. Special thanks also to Averbakh and Kasparian for enriching chess literature through their works.

In Conclusion, I would like to mention that grandmaster Sandipan Chanda is one of the most creative minds of our country. Apart from being a fine player, he is also an avid composer. I give below his latest composition for the readers to solve and enjoy. 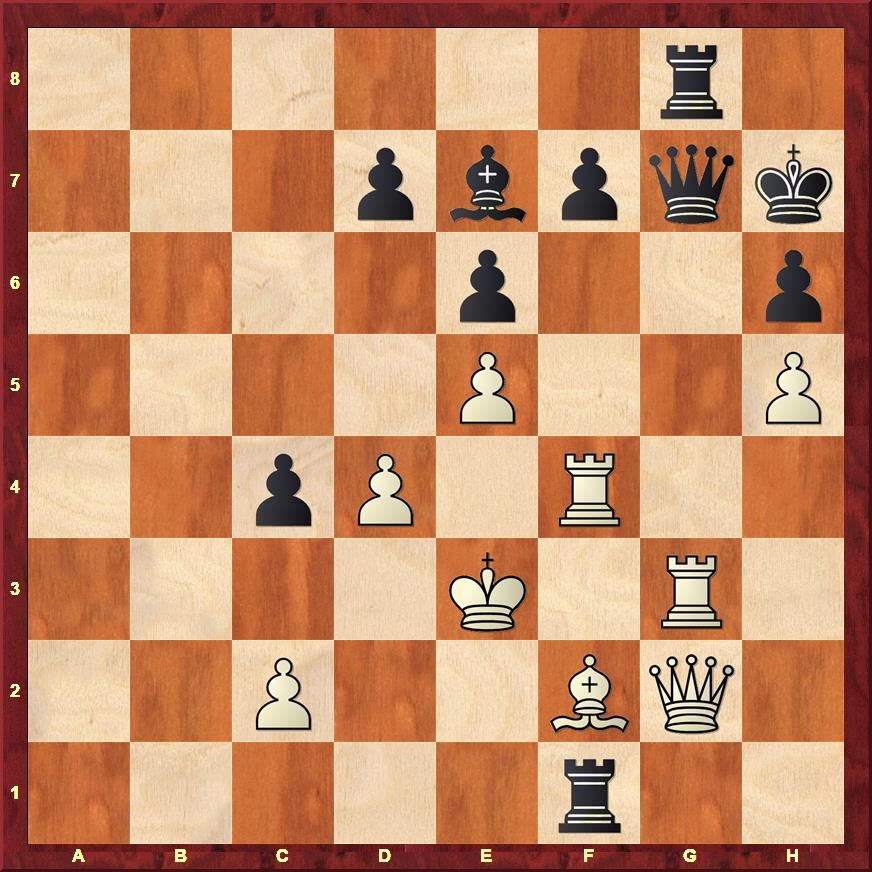 Black to play and draw

Ed: The solution to this position will soon be published. All we can say is that the solution slowly grows on you. Once you see the idea and think deeper about it you will realize what a brilliant composition this is. 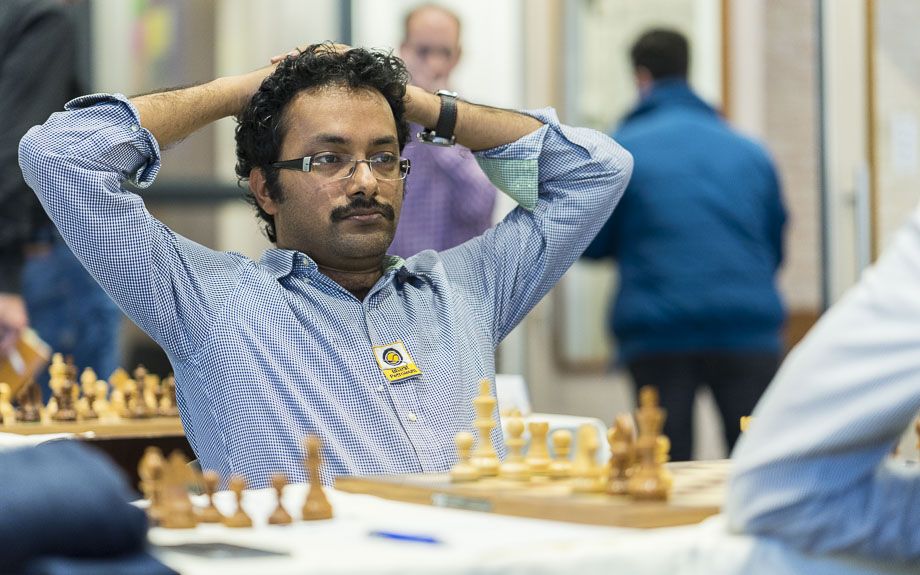 A serious student of the game of chess GM Sundararajan Kidambi doesn't use a chess engine for his analysis. In a world which thrives on computer analysis, Kidambi takes a holistic approach and makes use of his mind to analyze positions (like the one above) and annotate games. He is considered in the Indian chess circuit as the player with excellent knowledge of classical games.

Kidambi recently launched his own chess blog named Musings on chess and this article was originally published there. Visit Kidambi's excellent blog.

Chess as an Art by Sundararajan Kidambi (1/2)

Chess as an Art by Sundararajan Kidambi (2/2)