Pranav becomes the second 11-year-old to score an IM norm at First Friday!

The First Friday IM norm closed Round Robin tournament in Kuala Lumpur organized by Peter Long had reached its third edition in February. The tournament is a small one consisting of just 10 players, but its repercussions on Indian chess are pretty huge. Two of our biggest talents D.Gukesh and V. Pranav made their maiden IM norms at this event. Thanks to this achievement their chess careers get a tremendous boost! In this article, we tell you the story of how Pranav made his IM norm in the February edition and also bring to you two of his annotated games from the event.

Venkatesh was in a grave quandary. The question was whether he should make his 11-year-old son Pranav play in the First Friday tournament or not in Malaysia. On one hand, he was severely lacking funds, on the other, he had never compromised on the chess career of his son. Pranav has received great assistance from Velammal institute but to give the education a backseat at such a young age is a very bold decision. The 11-year old dedicates all of his time to chess. Venkatesh decided the risk had to be taken. He booked the flights, accommodation and Visa through ChessBase India Power and paid the 250 USD entry fee. His son whose rating was 2284 needed to score his first IM norm.

The field wasn't easy and to score an IM norm you needed 7.0/9. Pranav started well but slumped to two defeats and was on 4.0/6. That's when most of the players would have given up. The pressure would have been too much to handle for some. But not for Pranav. The boy thrives under pressure. He beat all his last three round opponents and reached 7.0/9 to score his maiden IM norm! His last three rounds opponents were rated 2209, 2455, and 2318. To score 3.0/3 was quite a feat. 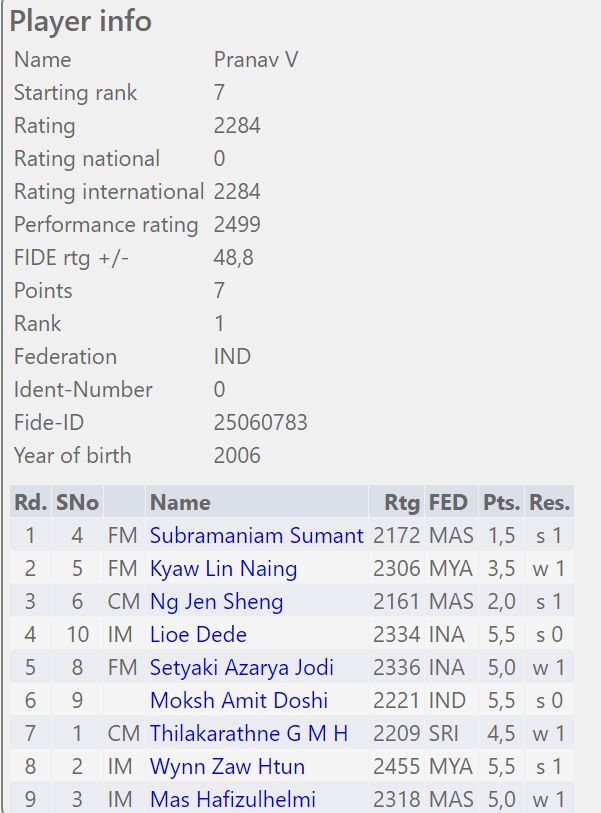 Pranav's performance at the February edition of First Friday

After achieving the norm when we spoke to Pranav's father, he said, "The risk I took paid off! This is one of the happiest days for me! I would like to thank my friend Mr. Kalidas who has been helping me with whatever sponsorship he can. I hope after Pranav's performance, someone will come forward and support him!" 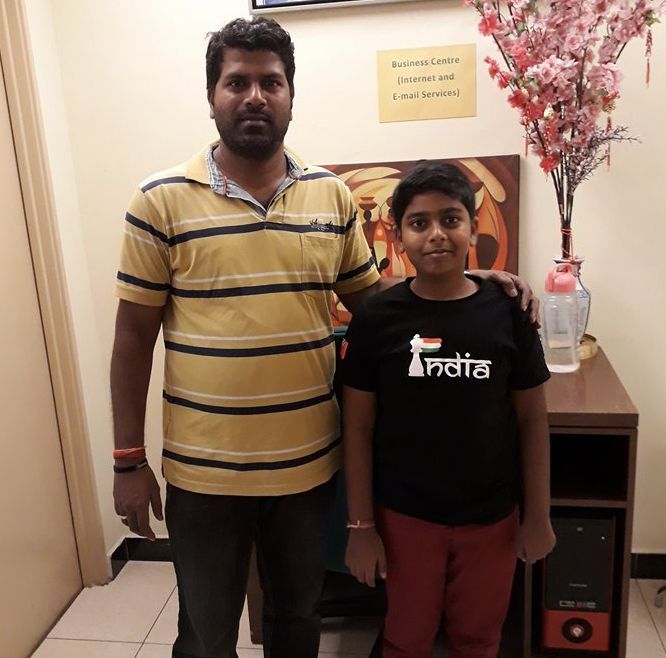 Congratulations to the father and son duo for believing in themselves and stretching their limits! They deserve the achievement for all the sacrifices that they have made. 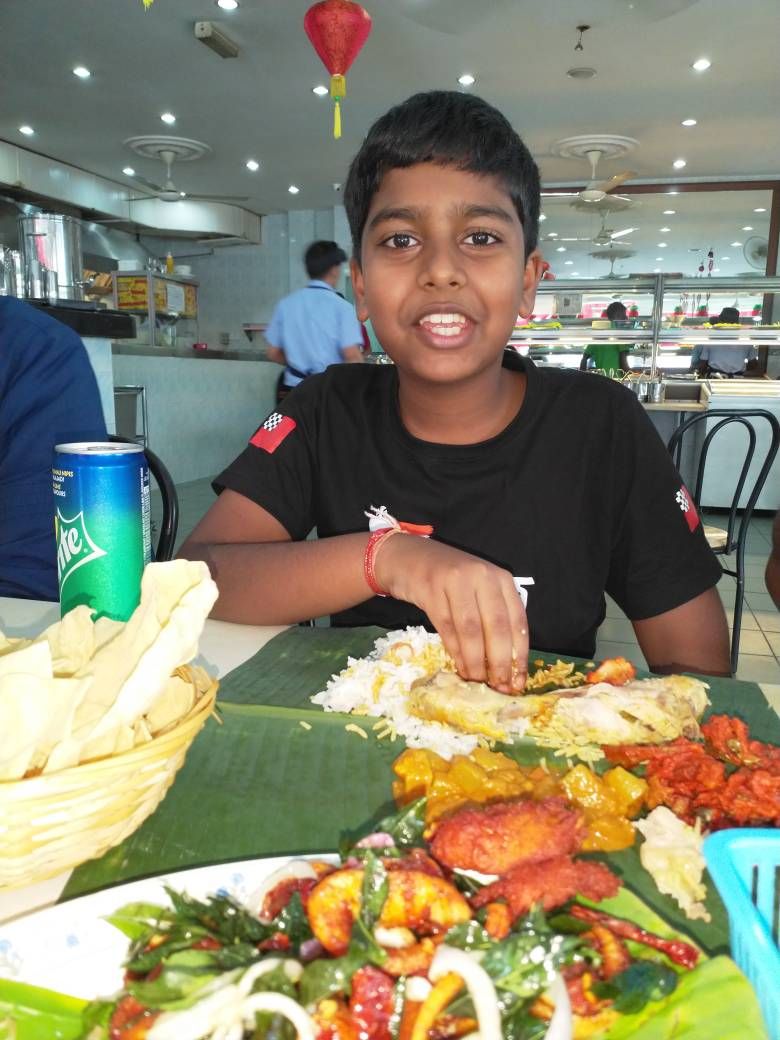 Pranav is treated to some delicious food after his performance! 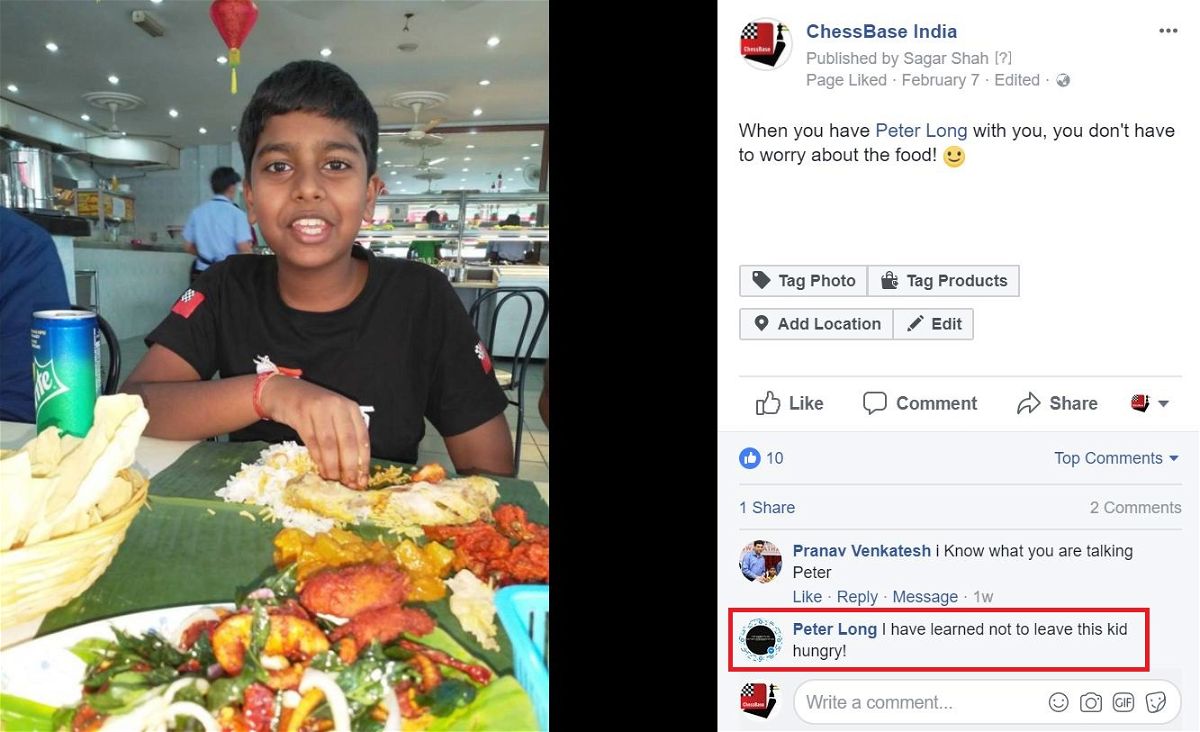 The inside joke between Pranav and Peter!

Does this ring a bell! This was after Gukesh scored his maiden IM norm at the October edition of First Friday 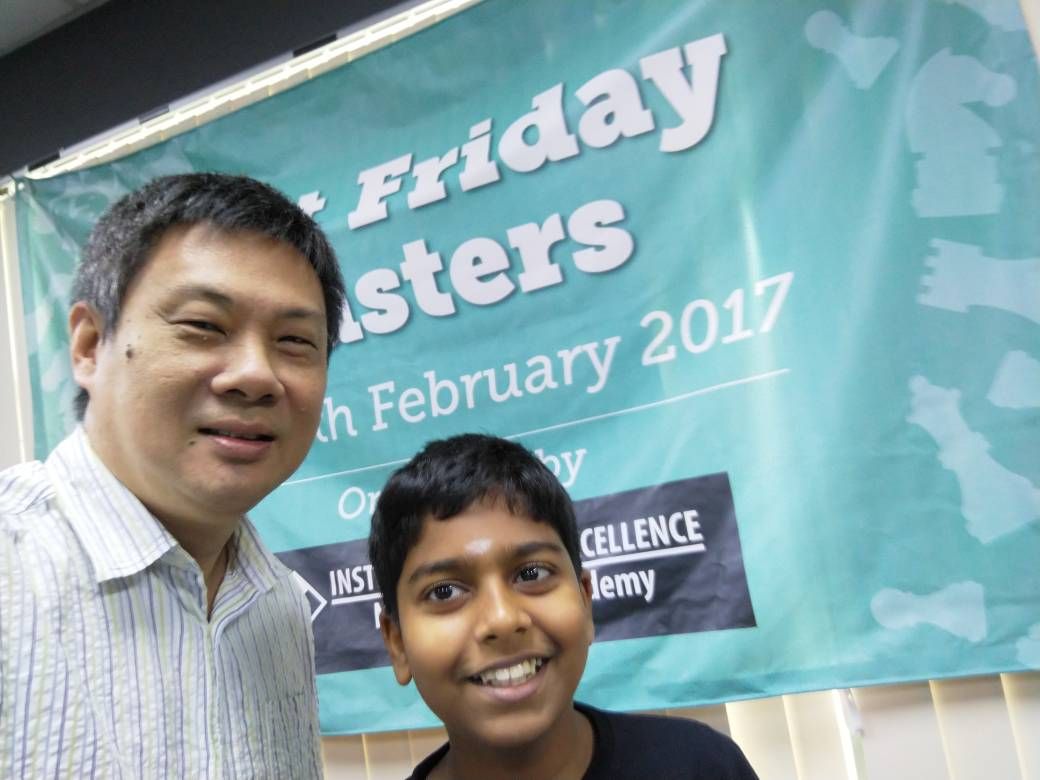 The big thanks to tournament director Peter Long who not only feeds our kids with excellent food, but also powers their careers by providing them with excellent opportunities.

We often wonder what is the secret behind the success of these youngsters? Well, the photo below should clear your doubt: 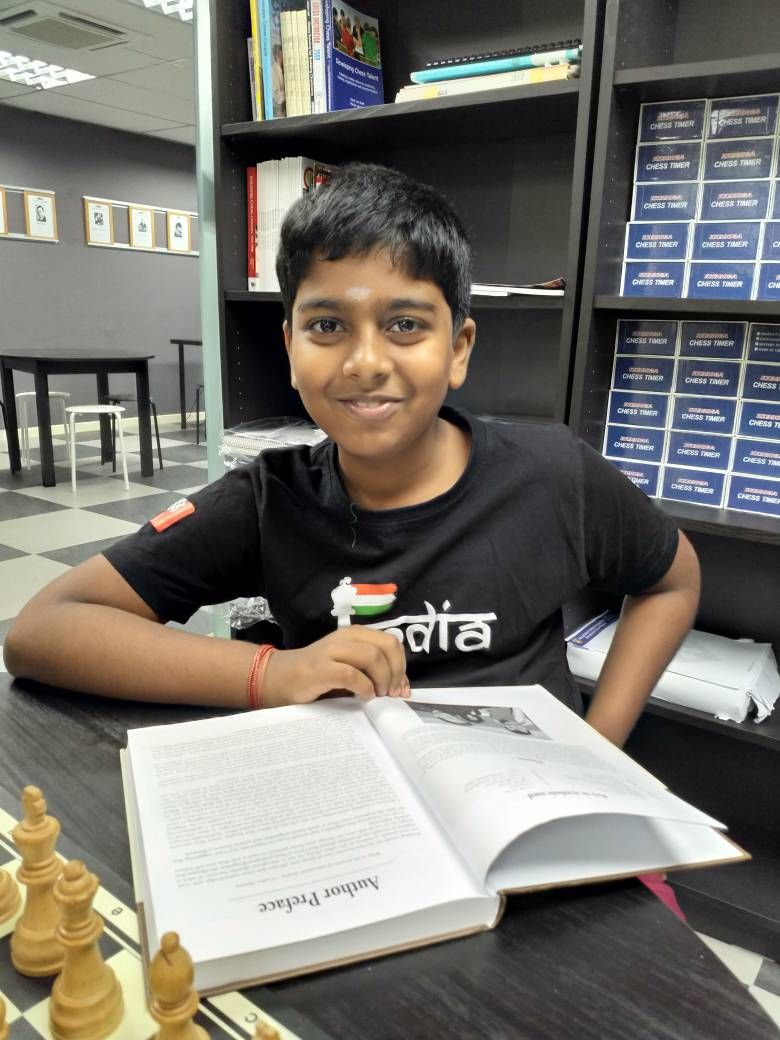 Pranav with Jacob Aagaard's "Thinking Inside the Box"

The tournament had ended. Pranav had been successful. It was time to celebrate! But after a nice lunch the boy was back looking at the books in Peter Long's library. It's this love for the game that makes them improve. It's the passion! Many of us rest on our laurels, but these youngsters don't really care much about norms and ratings! This incessant hard work (which is more like fun work for them!) is the secret of their success.

We asked Pranav to send us two of his favourite games from the First Friday. He sent us his wins over FM Jodi Steyaki and IM Mas Hafizulhelmi. The latter was his critical win in the last round when he was in a must-win situation.

The next game is the last round game against the very strong Malaysian IM Mas Hafizulhelmi: 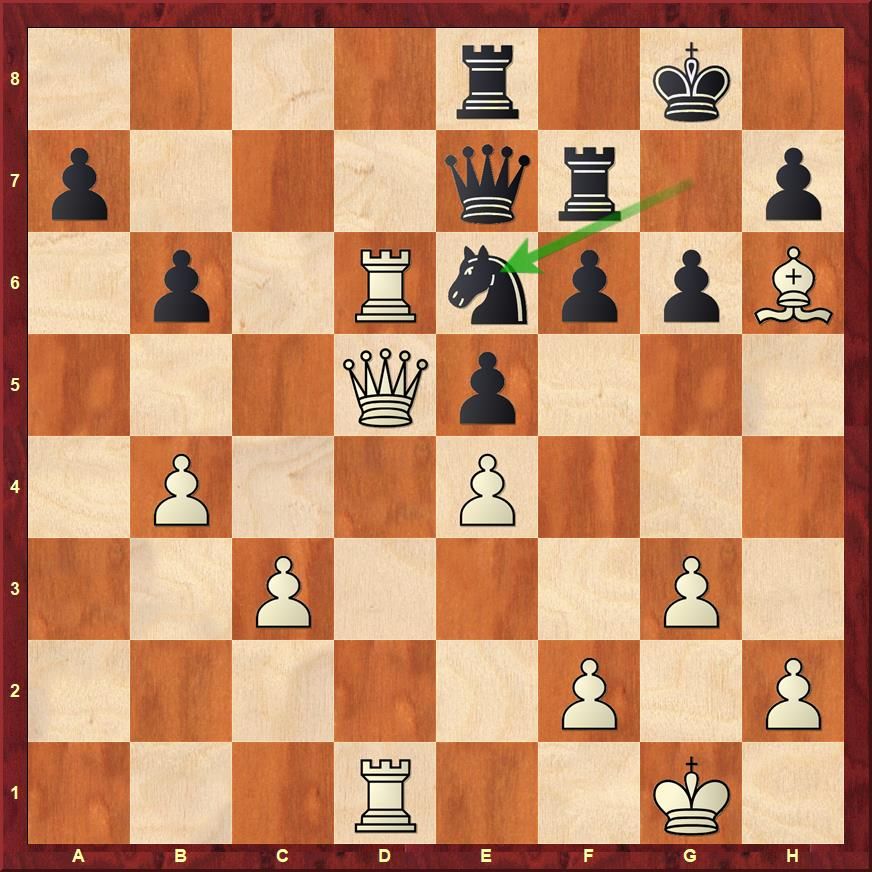 This is an easy one! White (Pranav) to play and make his maiden IM norm!

The March edition of the First Friday IM norm closed Round Robin will be held from the 2nd to the 7th of March in Kuala Lumpur. Malaysia. This is the confirmed list of players at the moment: 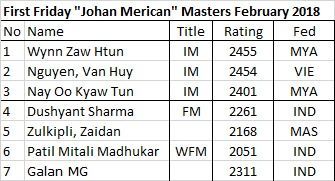 There are still three spots that remained to be filled. If you are interested, write to us at chessbaseindia@gmail.com along with a copy (cc) to peterlong@aol.asia . ChessBase India Power will take care of all your travel and accommodation issues and ensure that you have a smooth trip to the First Friday event.