When two sides play a perfect game of chess, the game more often than not ends up a draw. Today, while all the 5 games ended up as draws, 3 of them didn't follow the stated script. Alireza Firouzja exhibited passion and imagination, confusing Nikita Vitiugov with a speculative knight sacrifice to gain a decisive advantage, but made two inexplicable moves to gift the latter a draw. Duda was seriously worse after 9 moves, but his opponent David Anton failed to find the most incisive continuation, continuing his roller-coaster ride in the tournament. Harikrishna played the forgotten Sozin Attack, and had to soon defend for a while to see out the game to a draw. Markus Ragger was tortured by the exchange down David Navara for a while before concluding peace, and Nils Grandelius signed a rather tame draw with the tournament leader Vidit, who retains sole lead. A detailed report by Tanmay Srinath.

Has there been a pact with the Gods - wins in odd rounds and draws in even? Well, the players don't seem to think so, even if the results reflect the following statistic - 3 wins in Rounds 1 and 3, and 5 Draws in Rounds 2 and 4. Well, this tournament has had games that have made us feel as if chess is so abstract that it is completely impossible to predict what is happening and what can happen! The Russian Roulette tendency of the games has been really exciting for the fans, but the players are definitely aging at the speed of light! Before another philosophical outburst happens, I will quickly redirect the readers to the following position: 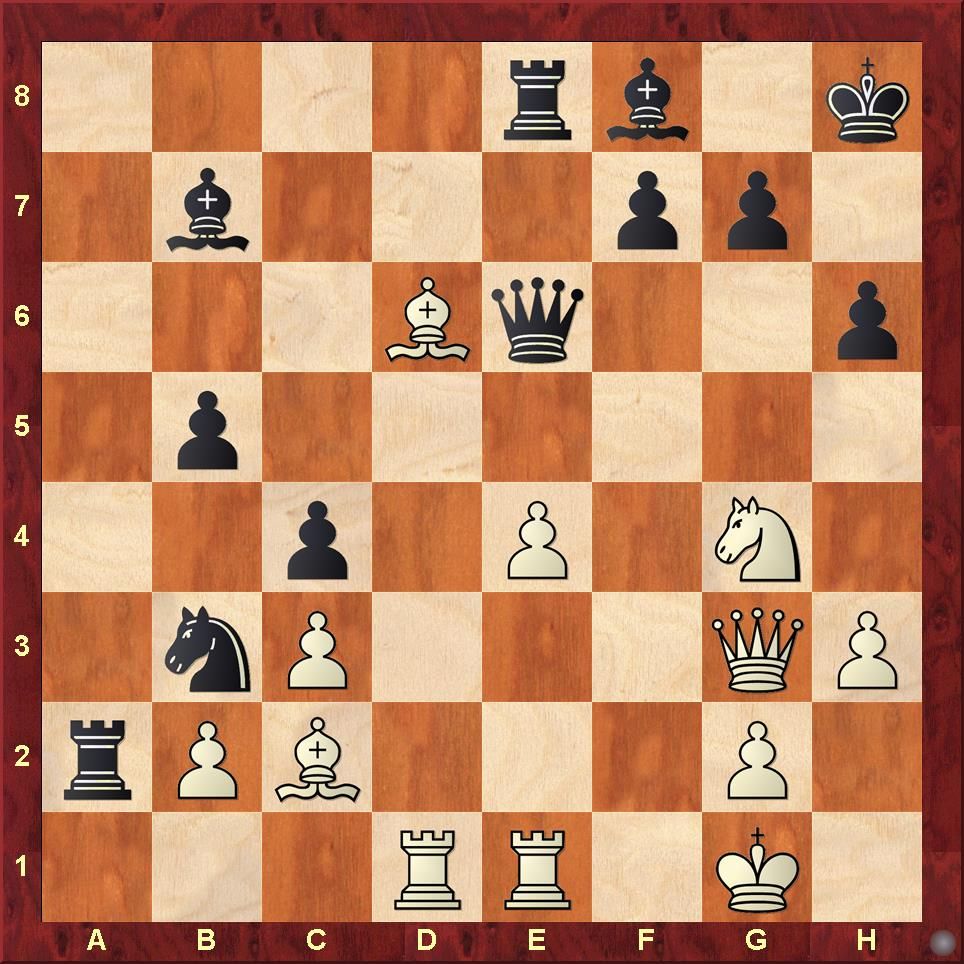 Black to play - what is the only move to diffuse White's initiative? This is from a variation that could have happened in the game.

Ivan Sokolov, former Iran coach, had remarked previously that Firouzja reminded him of a young Anand. Well, I don't disagree, but Firouzja also reminds me of a young Tal in the 21st century, with his amazing imagination, zest for the game, and penchant for sacrificial play. Today he played a crazily complex battle in a 6. d3 Ruy Lopez against Vitiugov, in what was clearly the game of the round, but the end must have left a bitter taste for the young Phenom. Let's have a look at one of the most complex games played in this tournament: Caissa is rewarding Vitiugov after the sad end to his World Cup. Can he use the momentum to win the event? | Photo: Petr Vrabec 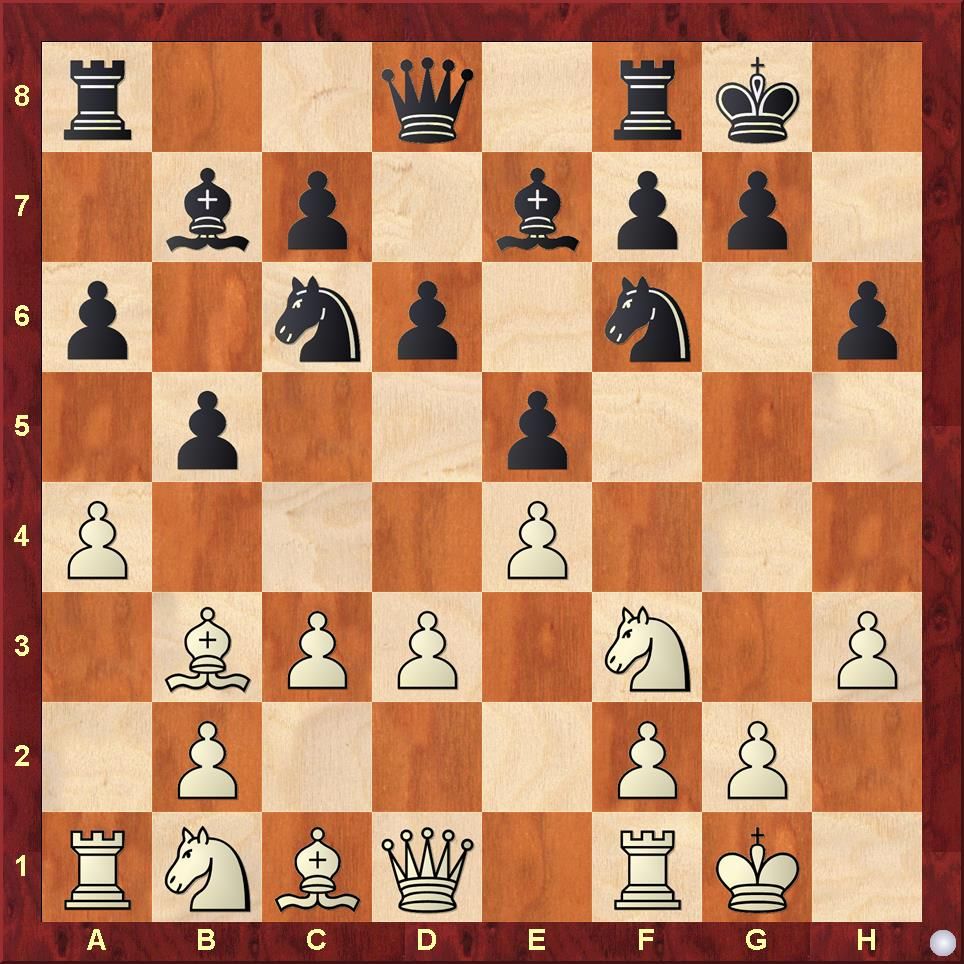 The game began with the 6.d3 Ruy Lopez. Since we have a lot to discuss I wanted to start from here. 10...Bb7 is not a move you make on general grounds, as with White's center is more of a restrictive nature (e4-d3-c3) Black is hard pressed to find counterplay against the e-pawn. However, Vitiugov has two concrete reasons for his decision - one is the fact that sooner or later White will try to play d4 to conquer space, which will be dissuaded by the Bb7, and the other is to play for the d5 break. 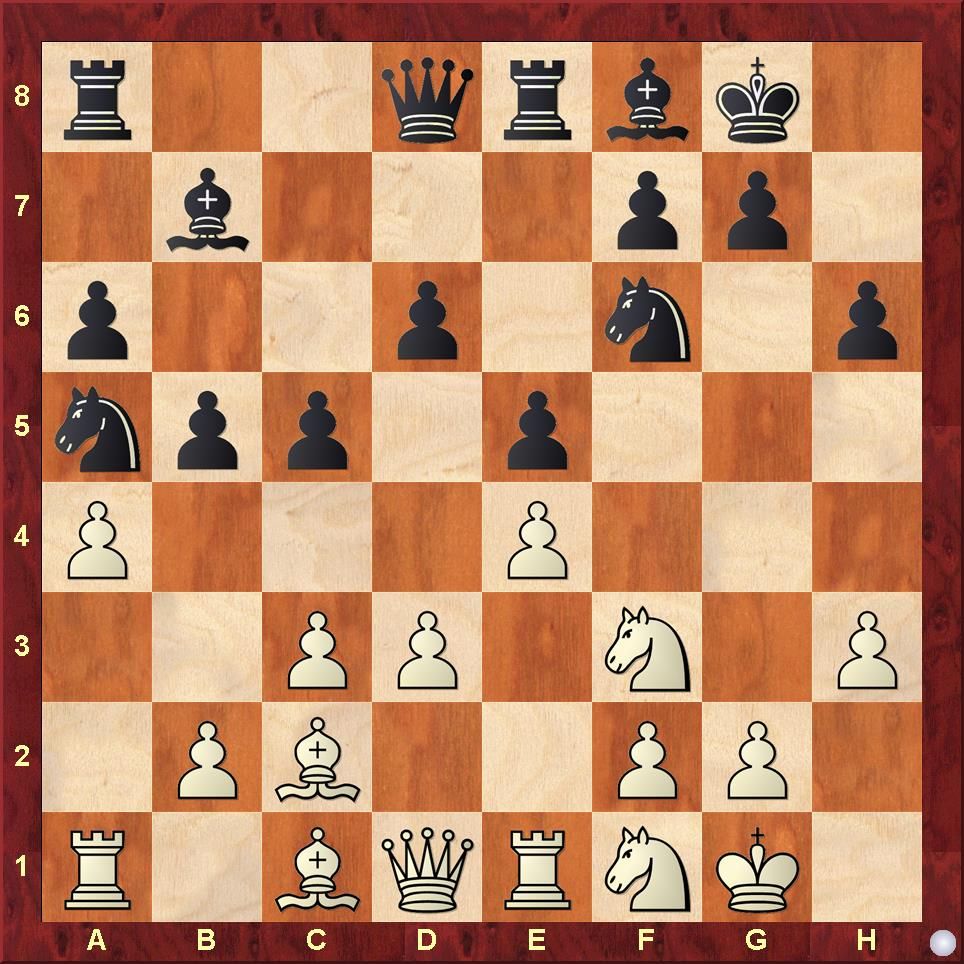 A very complex decision in front of you now. Which is better - 15.Ne3 as played by Alireza, or inserting 15.axb5 axb5 before going 16.Ne3? 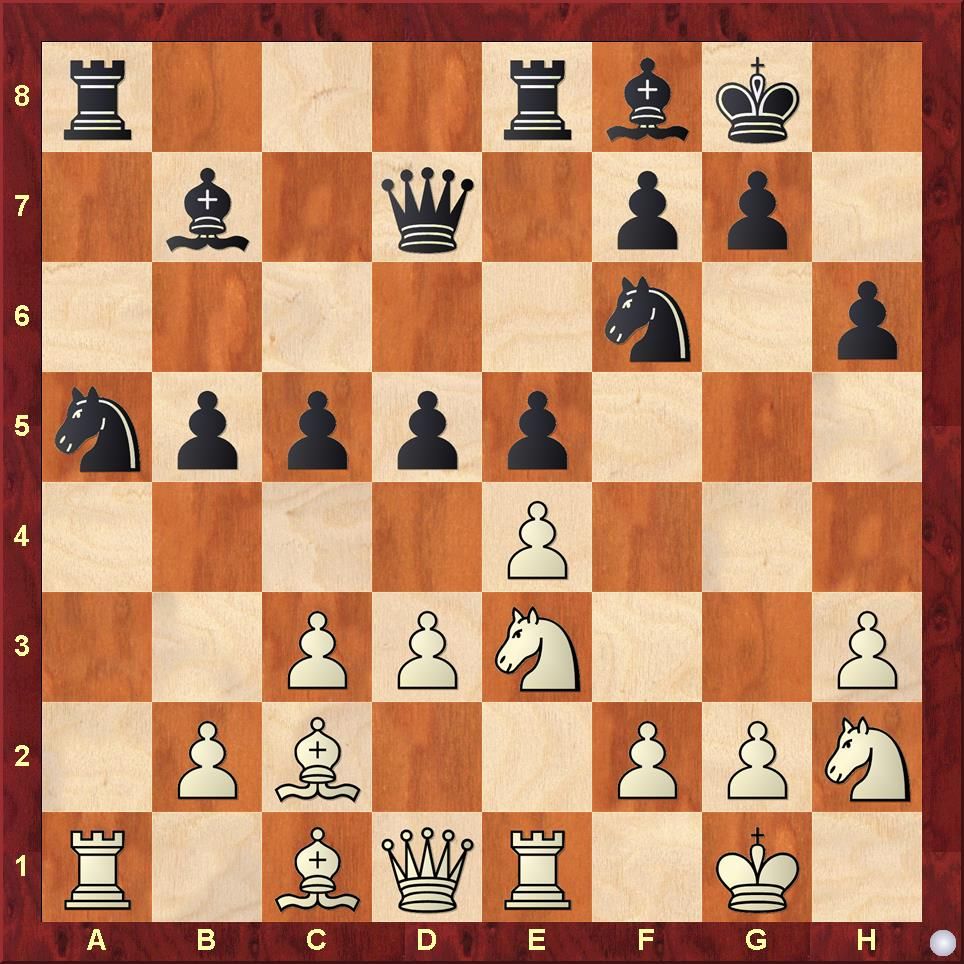 Alireza played the natural 18.Qf3?! in the game, which is an inaccuracy. White had to go 18.exd5! if he wanted to play for an advantage - see the notes to the game to understand why. 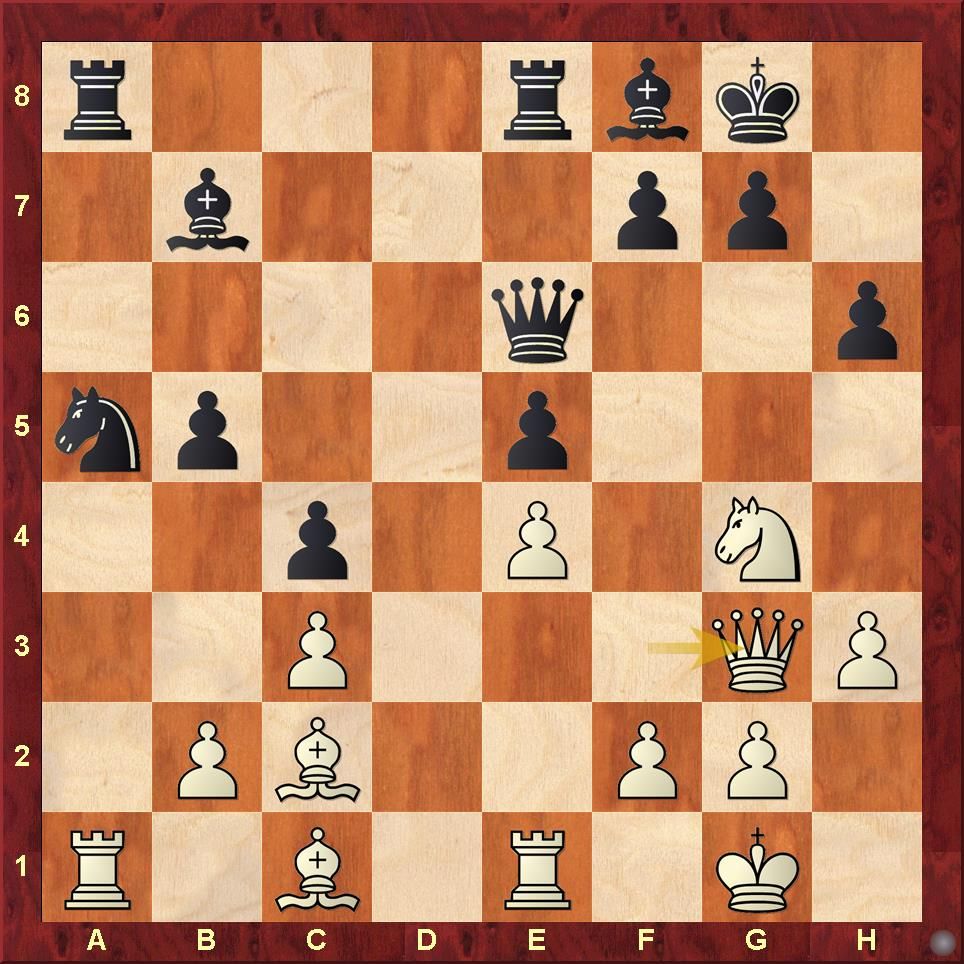 Another question - is 22...Kh8 as played in the game Black's best defense? 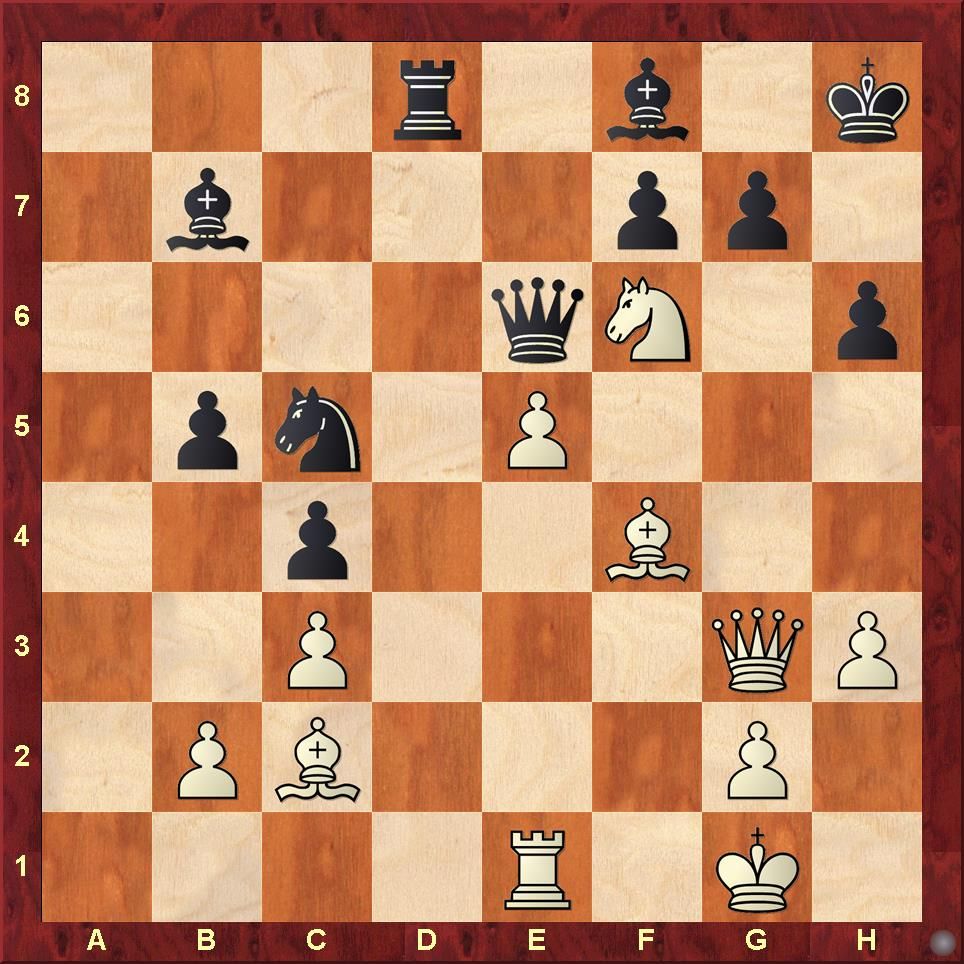 Alireza threw the dice with 28.Nf6!?, and luckily for him Nikita tried to call his bluff with 28...gxf6?, losing all his advantage. Instead, the counter-attack 28...Qb6 gives Black a large advantage. 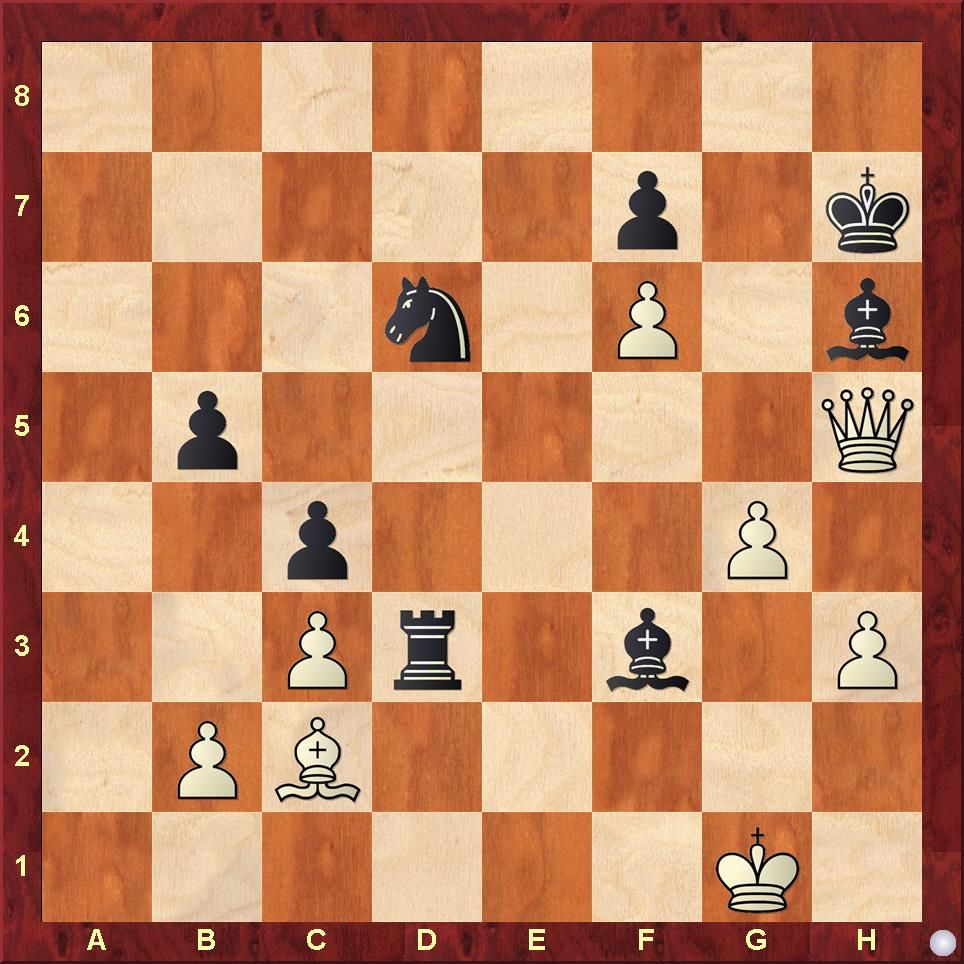 After Nikita panicked and blundered, the players reached this position - White to play his 36th move. Here Alireza went astray, but what is the best way for White to win? 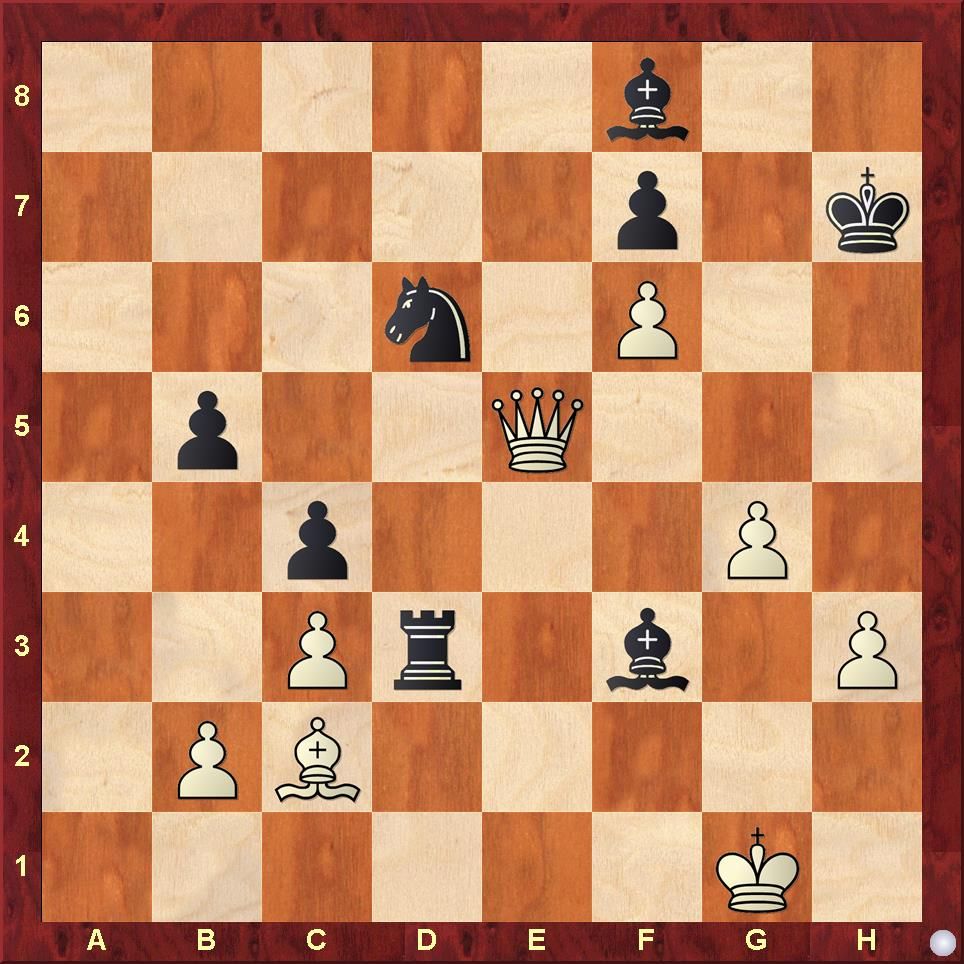 Okay, you've got the point now - how do you finish Black off? Is 37.Kf2 the only winning move in the position?

The notes to the game should not only give you an idea of what happened in this game, but also focuses on how to convert an advantage and understanding the Ruy Lopez: 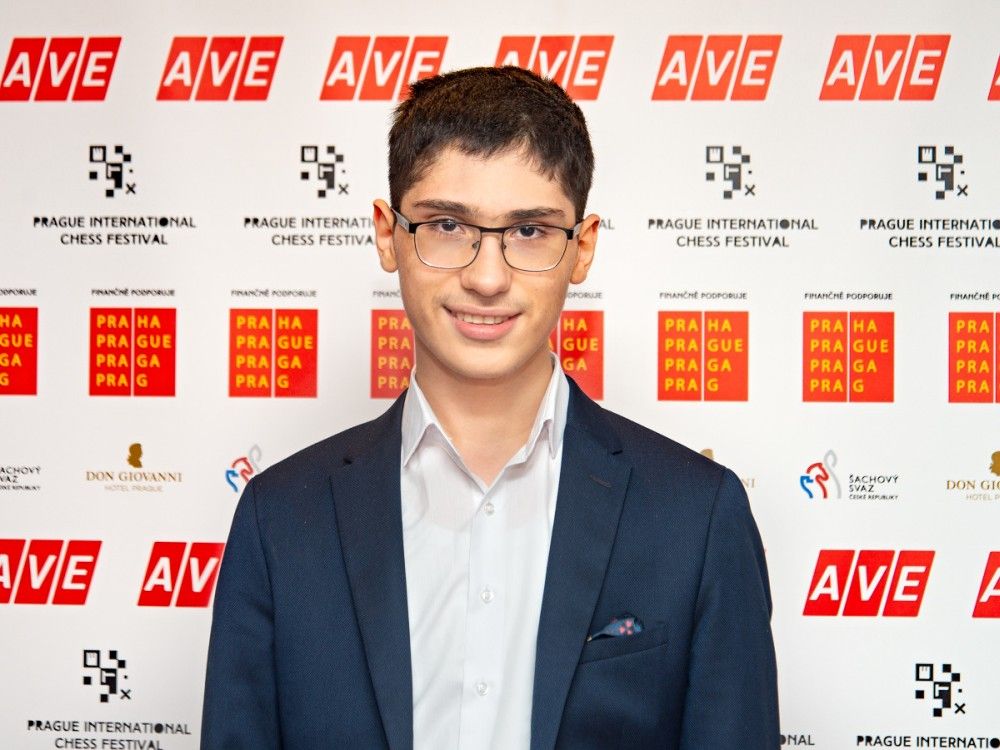 A lot to take away for Firouzja. | Photo: Vladimir Jagr

After his 1st round stunner, Duda has boiled off, making 3 successive draws. Today, he could have been in serious pressure had Anton found the best 10th move: 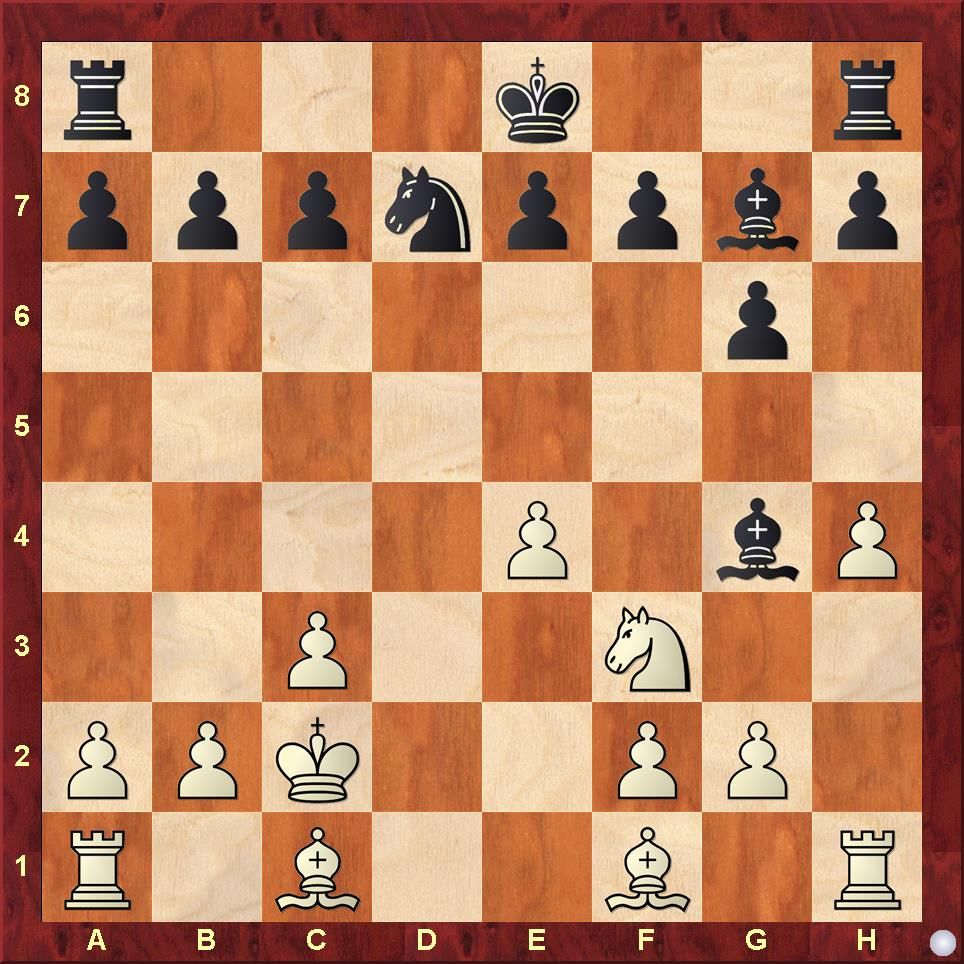 White's best move please. Note that the natural 10.Nd4?! played by Anton in the game allows Black to slowly equalise. 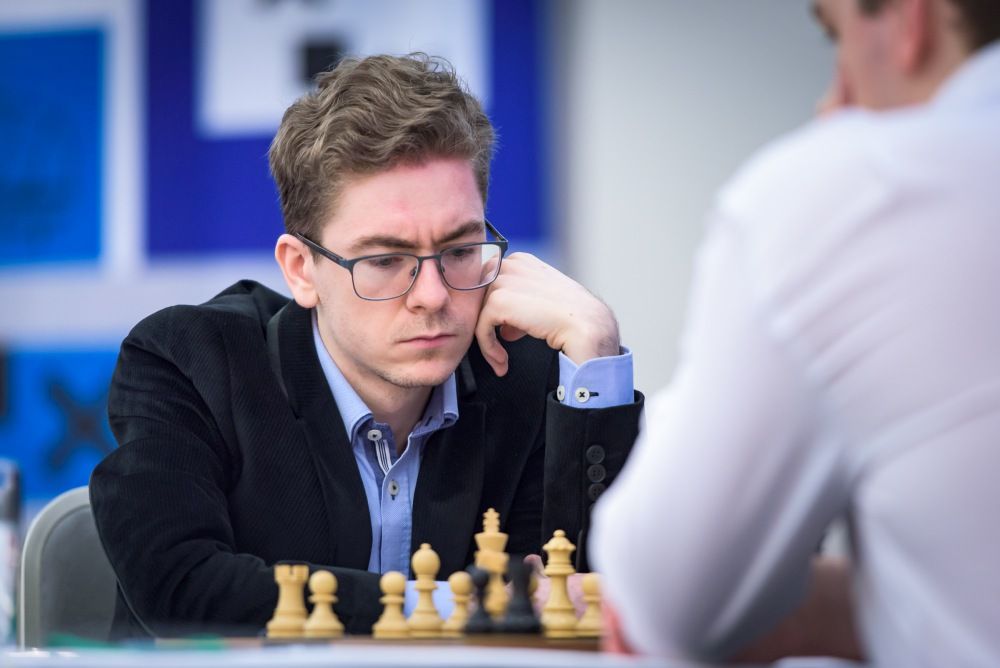 One's heart goes out for David Navara - he fought like a man possessed, but Markus Ragger wasn't perturbed, and managed to hold the draw. A few critical positions: 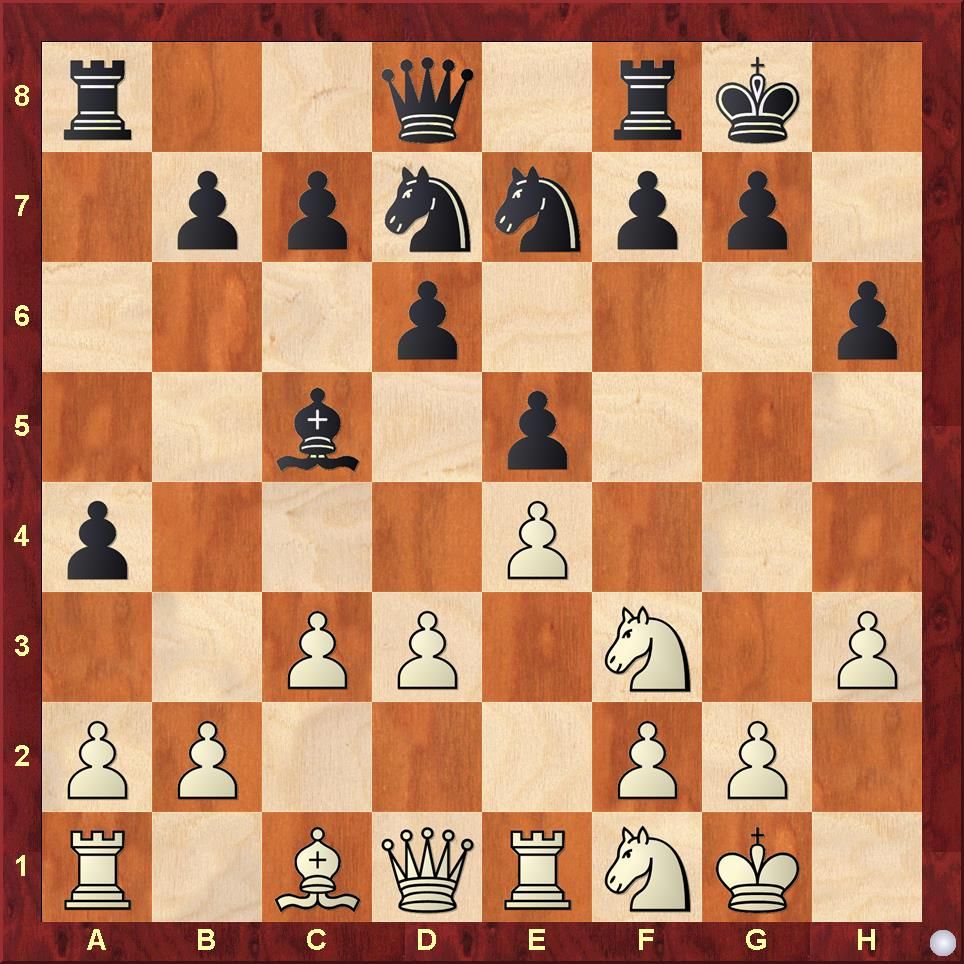 White's only chance for an advantage lies in 13.d4!. Instead, 13.Ng3 by Ragger allowed Navara to equalise slowly. 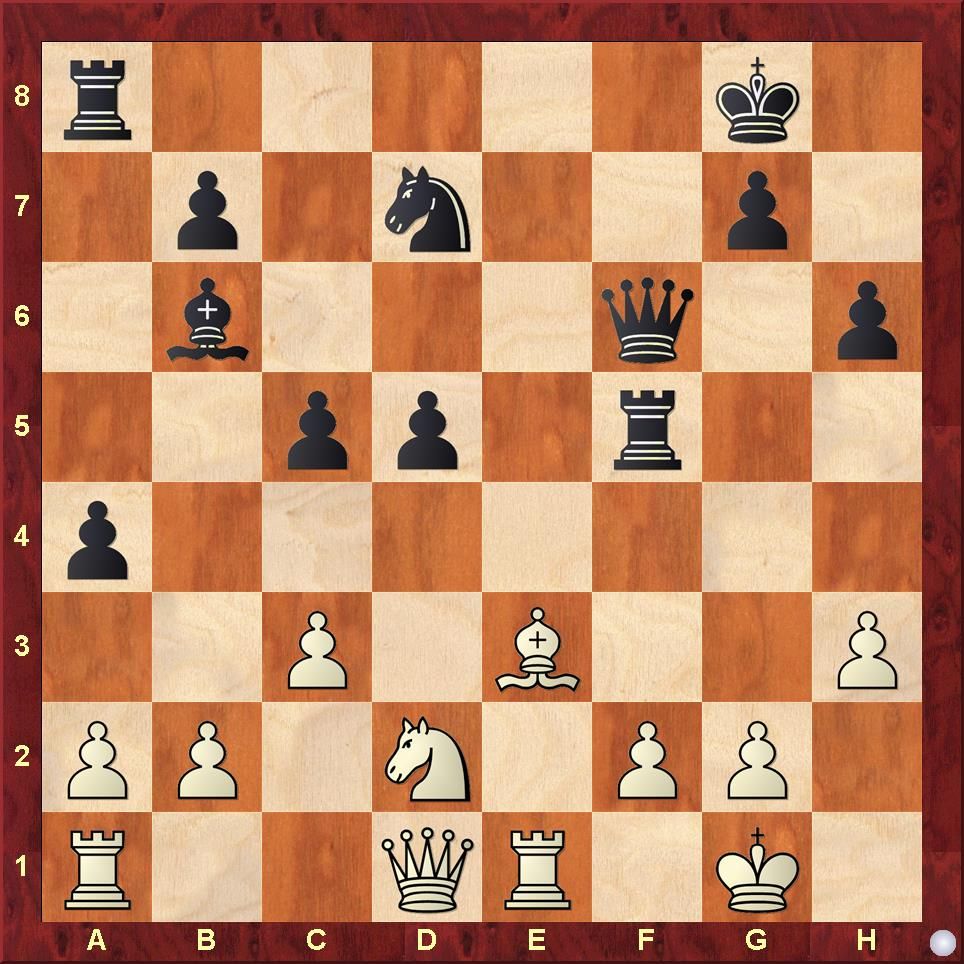 Here Black is forced to give up an exchange after g4!?, but Navara soon had excellent compensation. 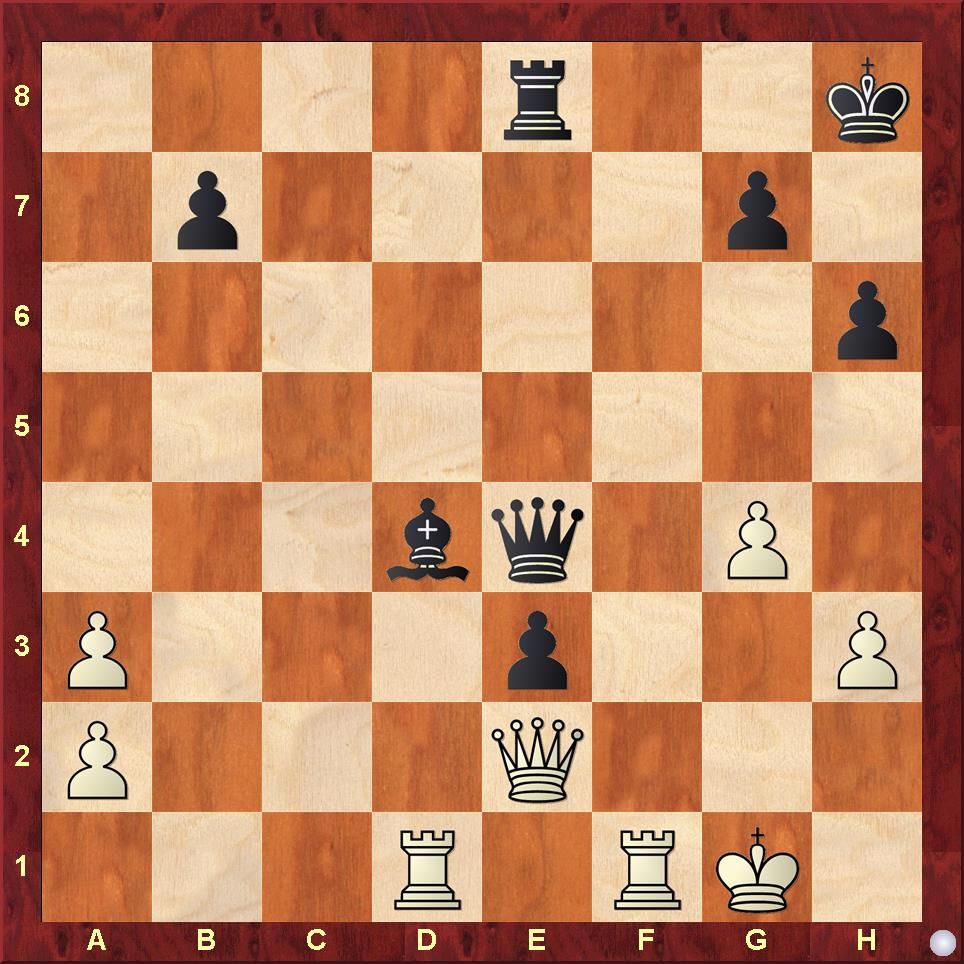 Can White strive for activity in such a position? 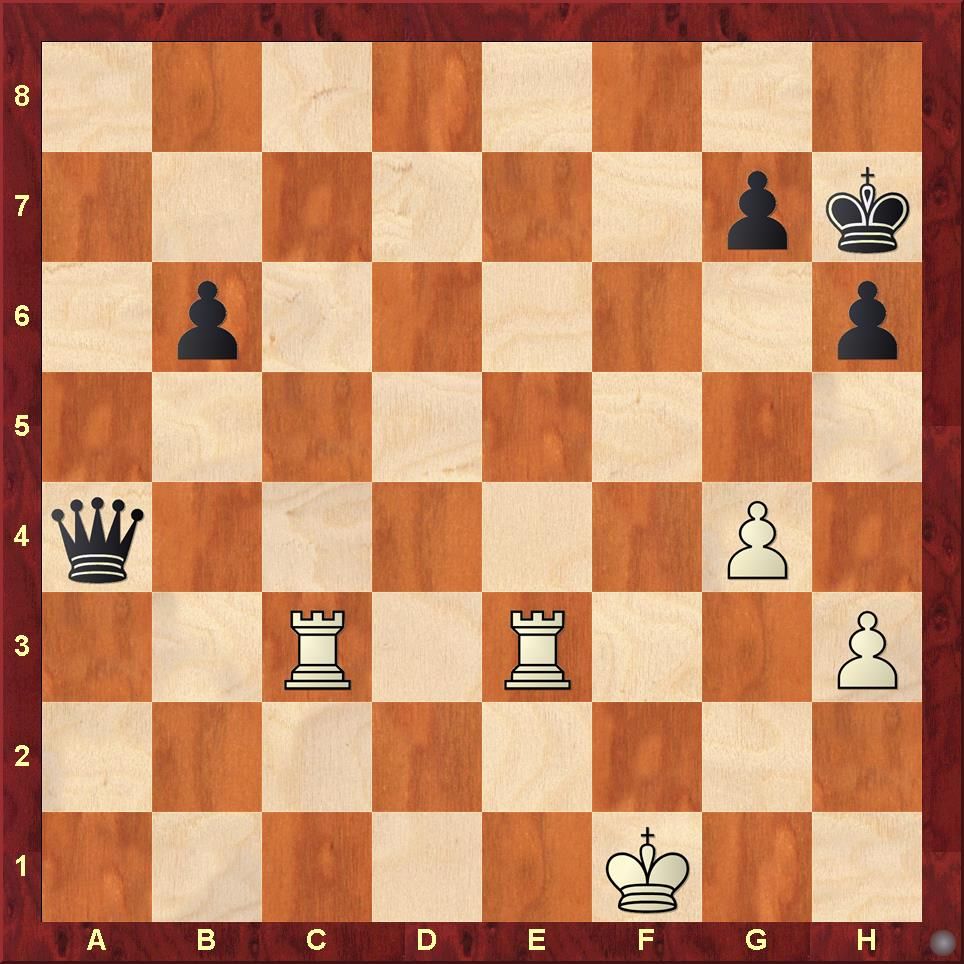 Ragger soon built a fortress, and the draw was signed. 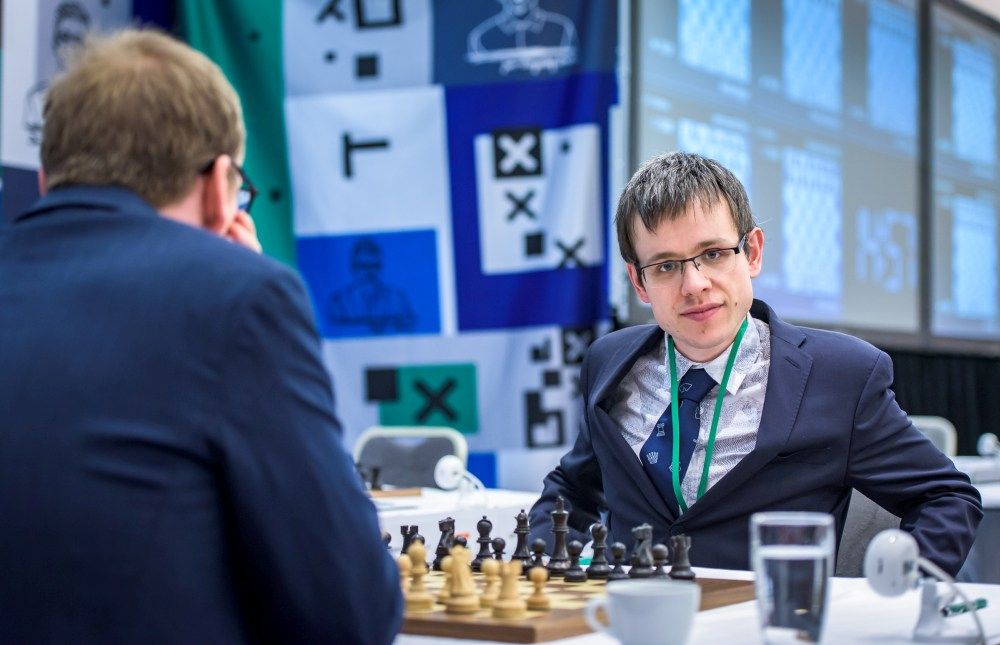 One of the most uncompromising players on the circuit - David Navara. | Photo: Petr Vrabec

Fischer's beloved Sozin attack was resurrected in this game, but apart from this nothing much happened - two players struggling for form signed a quiet draw. 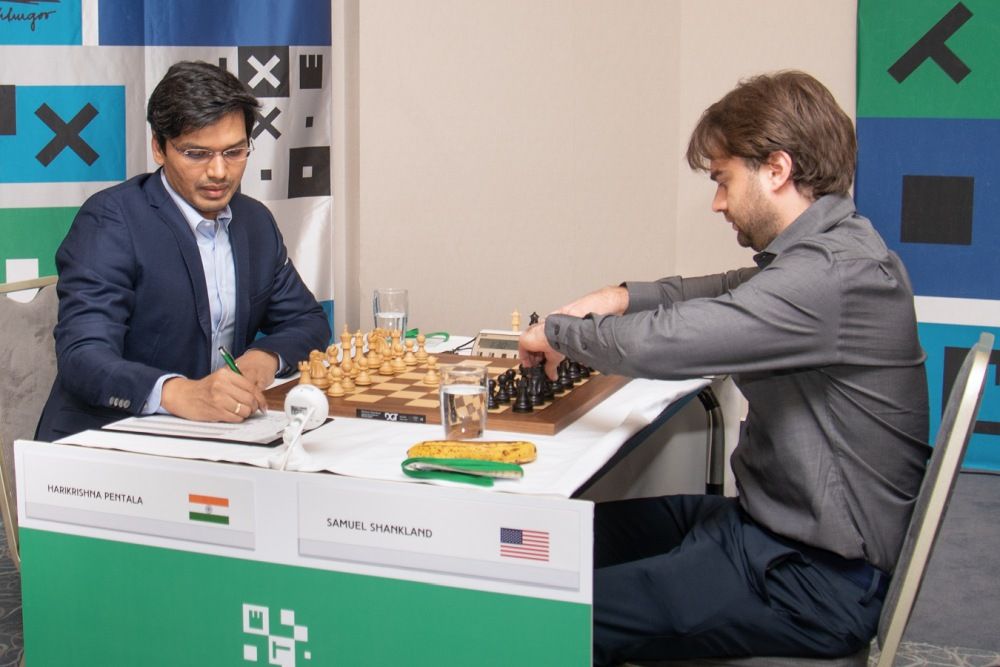 Hari's A game has been missing this tournament, and so is Shankland's. | Photo:Vladimir Jagr 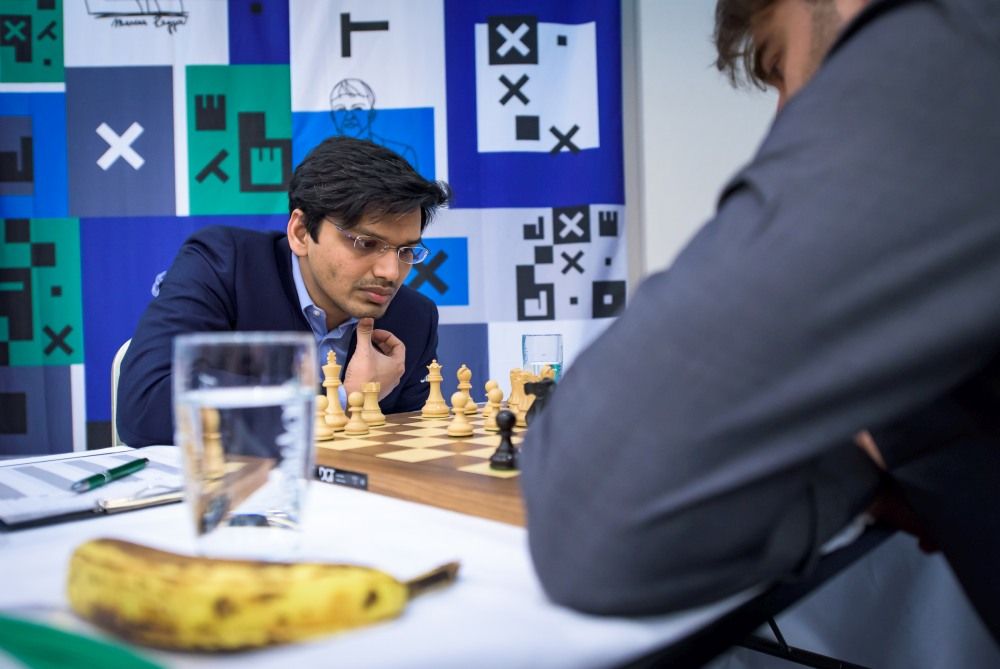 Not the ideal start for the Former World No.10, but with 5 rounds to go anything can happen! | Photo: Petr Vrabec 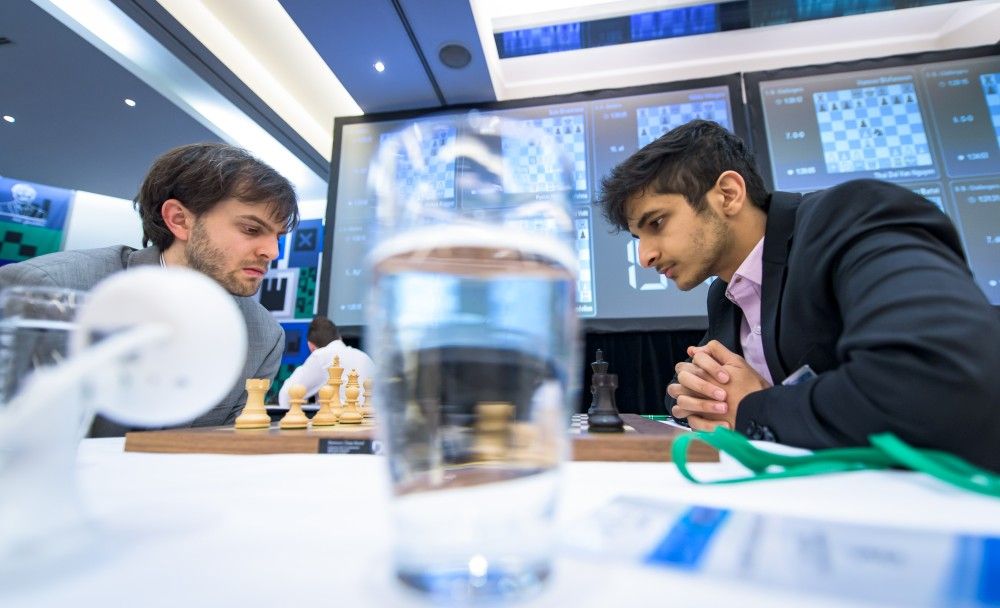 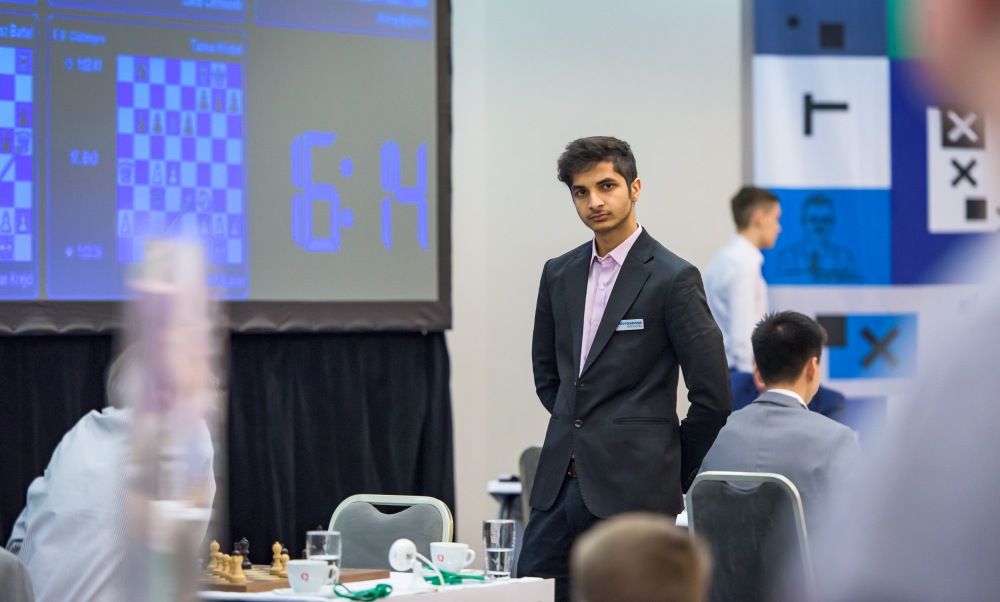 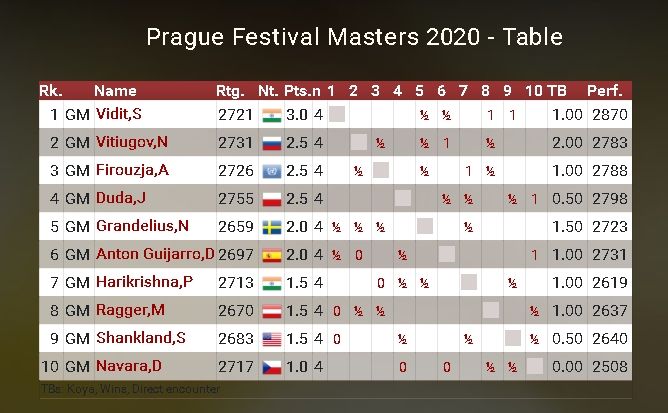 Standings after Round 4
Related news: