On 6th April 2018, a unique chess event titled 'Chess 'n' mate 2018' took place between India's 2nd Grandmaster in history, GM Dibyendu Barua and former Women's World Chess Champion, 'Chess Queen', Alexandra Kosteniuk of Russia. They played three Blitz matches online, the third being a Fischer Random match to commemorate International Day of Peace for Development and Sport to spread the message of White Card campaign. In this report, you can replay all three games played between Dibyendu Barua and Alexandra Kosteniuk as well as photos from the event and an interview. Photo: Saheli Dhar and Alexandra Kosteniuk

The original inception of the event took place few months ago after the successful completion of 2nd Queen's Gambit Rapid Chess Tournament 2018. Rahul Mukherjee, an ex-student of St. Lawrench High School and SLOBA alumni brought up this proposal of a unique chess exhibition match to yours truly which I of course accepted and made things set in motion. The exhibition match took place to inaugurate a worldwide online chess tournament between all Jesuit schools around the world to spread the message of peace through sport. The entire event was organized by St. Lawrence High School, Kolkata and SLOBA (St. Lawrence Old Boys' Association) with support from Peace and Sport organization. 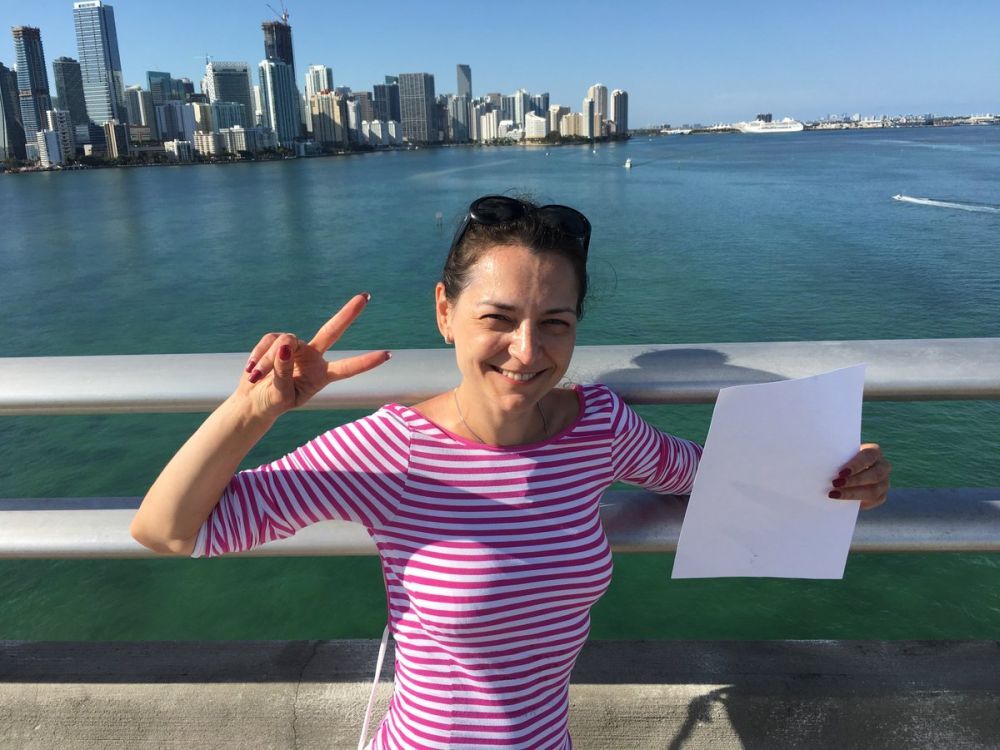 By supporting this day, I show my commitment to try to make the world a safer, more peaceful place with a hope to see in the future battles only on sports fields and chess boards. Let's raise the #WhiteCard and let's believe in our dreams and move towards our goals"
"I'm very happy once again as a Champion for Peace to support Ensemble and Chess 'n' Mate organized by St. Lawrence High School, Kolkata and St. Lawrence Old Boys Association - SLOBA partnered by Peace and Sport on #April6, to celebrate the International Day of Sport for Development and Peace. 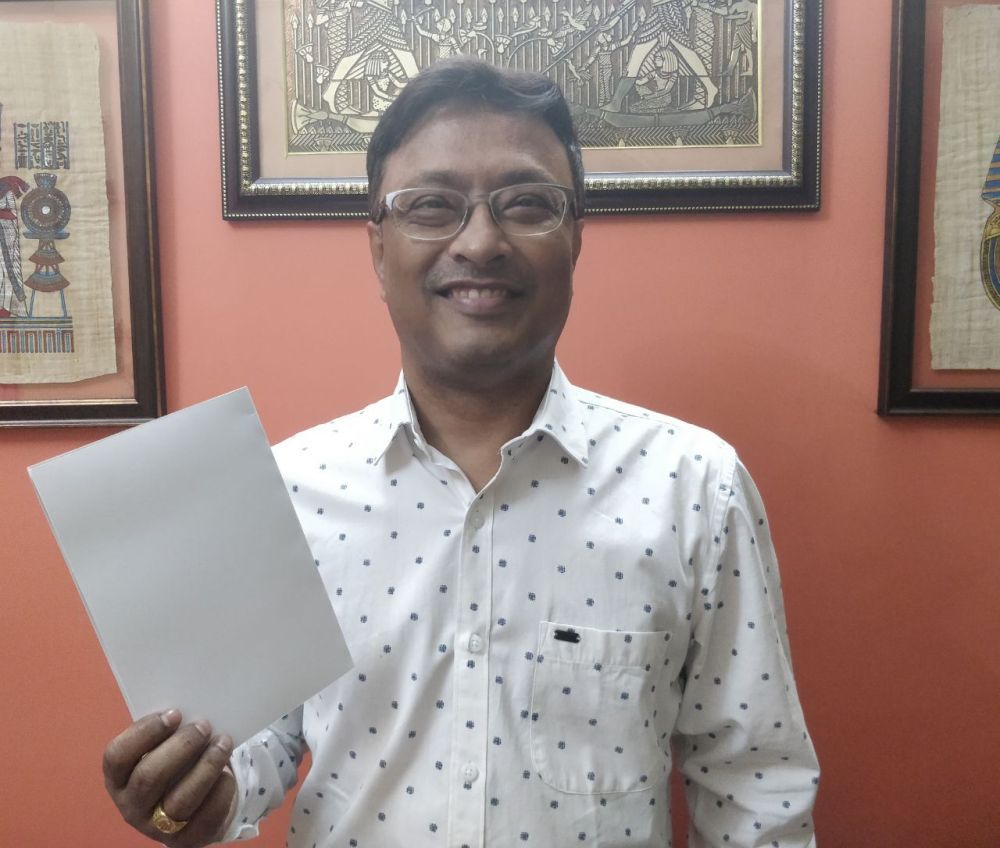 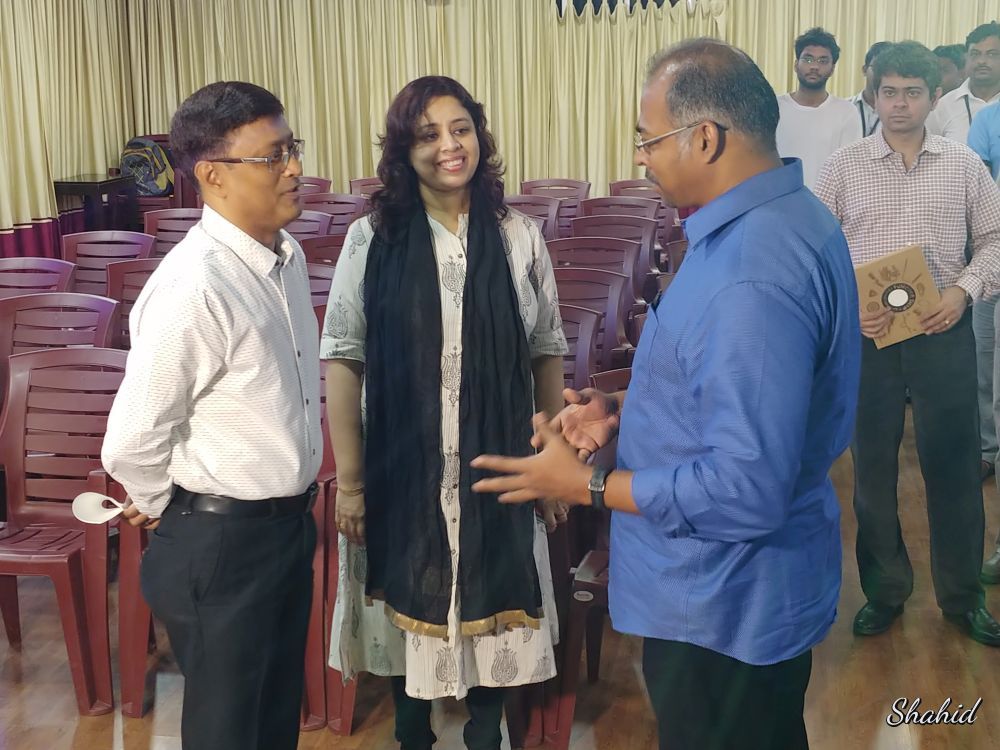 Dibyendu Barua and his wife Saheli Dhar have a conversation with Rev. Fr. Sebastian James SJ who is also the Principal of the school 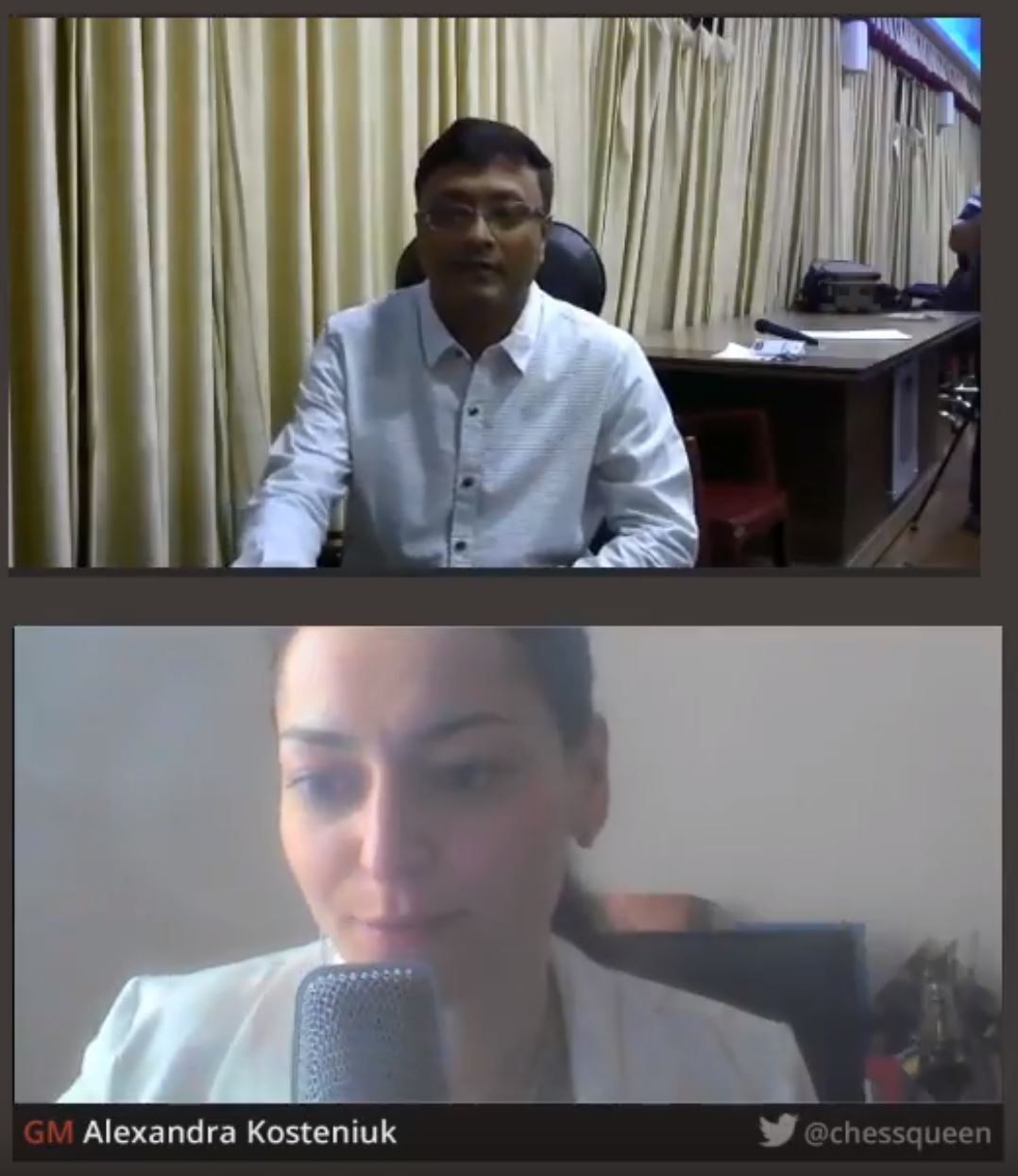 In game 2, Barua missed an opportunity to draw in the endgame which Kosteniuk mentioned after the game

The final game was a Fischer random match which Barua lost as he could not figure out how to do castling in an online Chess960 game on move no. 13 and instead of the intended 13. 0-0-0, it became 13. Kc1 which trapped his rook at b1 and he eventually lost the game. Here Kosteniuk castled correctly and played 12...0-0-0 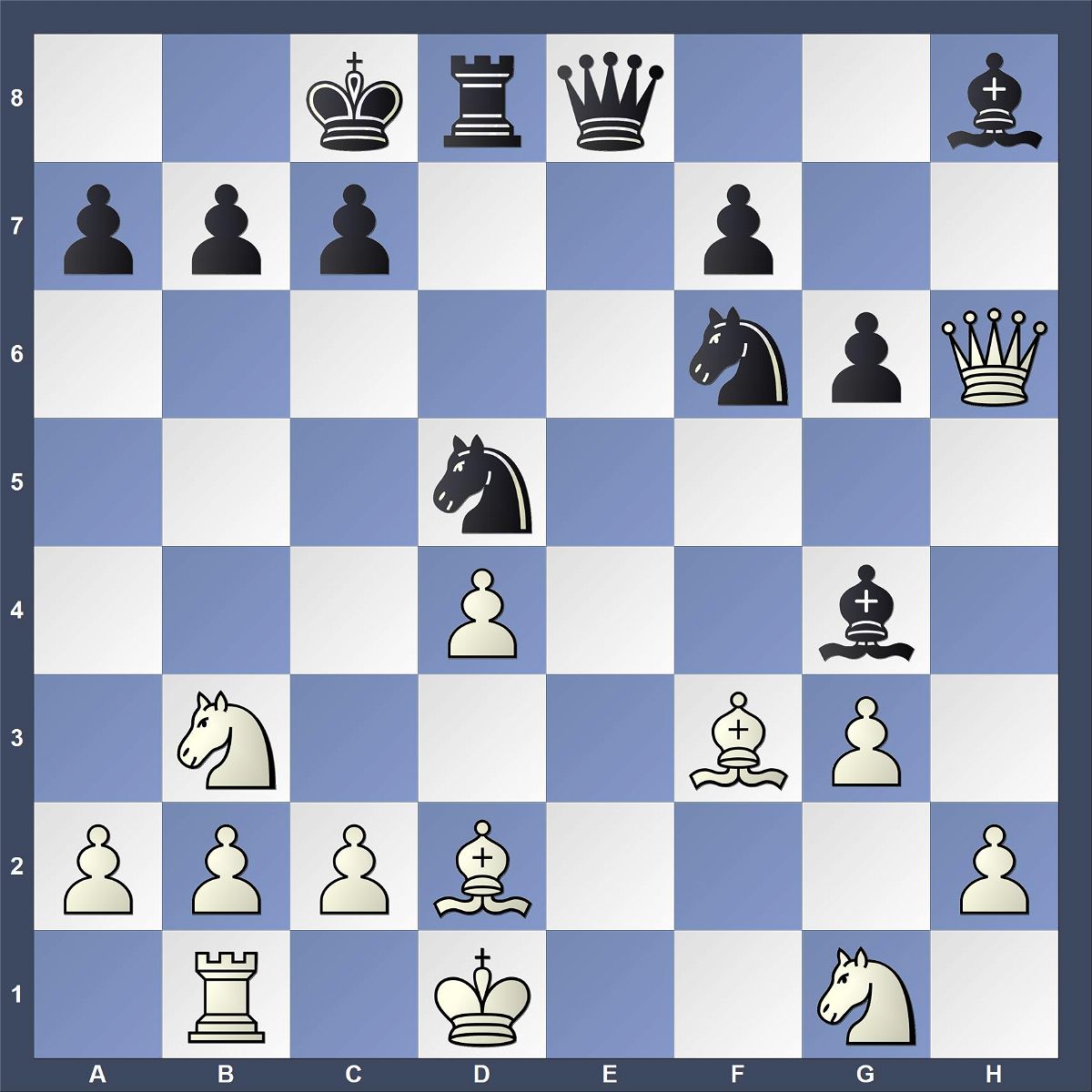 To do castling in this position, Barua needed to click on the King and then the Rook. However, he moved the King in a usual manner to c1 and then left, which made the move Kc1 instead of 0-0-0

Alexandra Kosteniuk won the Chess 'n' Mate three-match exhibition by 2-1, however the exhibition match was not about the score, it was about spreading the message of peace through sport. This was an inaugural match to start the Inter School Online Chess Tournament between Jesuit schools all over the world which will take place on Playchess server on 6th May 2018, exactly a month after the inaugural exhibition match.