Paritosh Bhattacharyya, a coach of Dibyendu Barua Chess Academy, met his untimely demise on 17th June 2018. Chess was his only way to make a living. He is survived by his wife and a college going daughter. To support his family in these tough times, DBCA is organizing a one day memorial chess tournament on 19th August 2018. People who wish to support his family can donate any amount towards the cause. Proceedings from the tournament and donation will go to his family. Photo: DBCA

Paritosh Bhattacharyya was known as 'Shyamal' by his friends and peers. He loved preparing lessons on the ChessBase software and his favorite version was ChessBase 11. He did not want to move on to the latest ones as he was comfortable with it. In his hey days he has defeated many strong players. He has taught many Grandmasters of West Bengal in their formative years including Surya Sekhar Ganguly, Sandipan Chanda, Neelotpal Das, Saptarshi Roy and Saptarshi Roy Cchowdhury. Sicilian Pelikan variation was his favorite as Black and when someone played Bc4, Nc3 against Sicilian Defence, he used to call it Sluico Piano (a mixture of Giuco Piano and Sicilian) 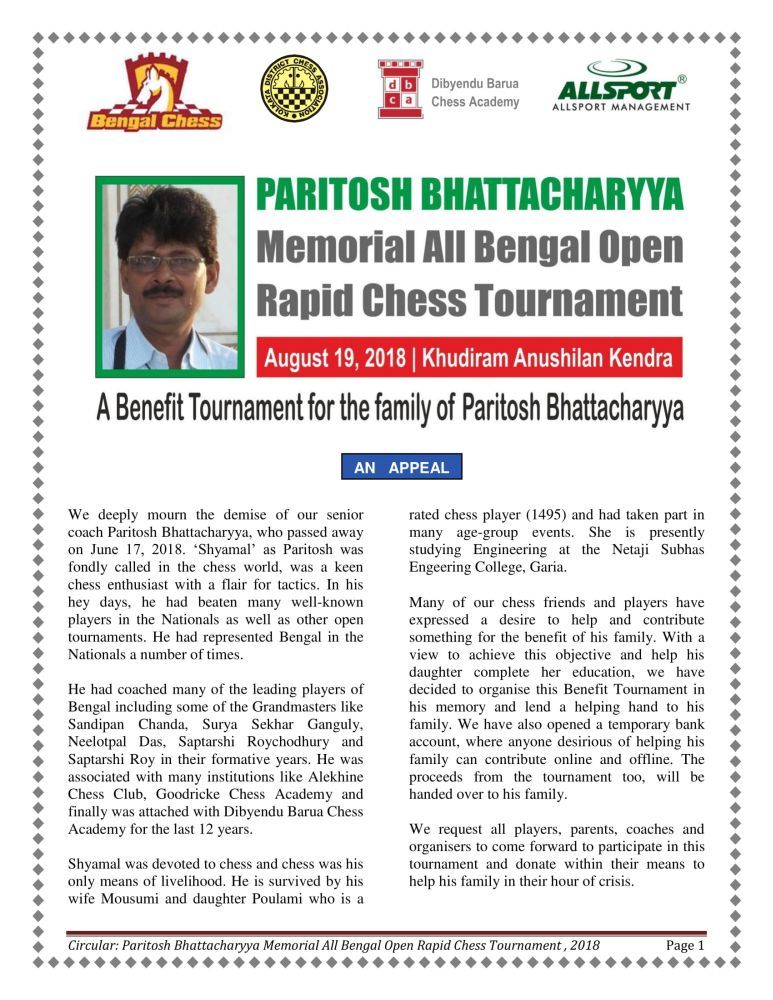 During practice sessions with the students, his favorite time control was 25 minutes each as he was used to playing without increment in analog clock era. He was waiting for himself to be eligible to play in DBCA's Benoy Bhusan Barua Memorial All Bengal Senior Citizen Chess Tournament and win it, but fate had some other plans for him. 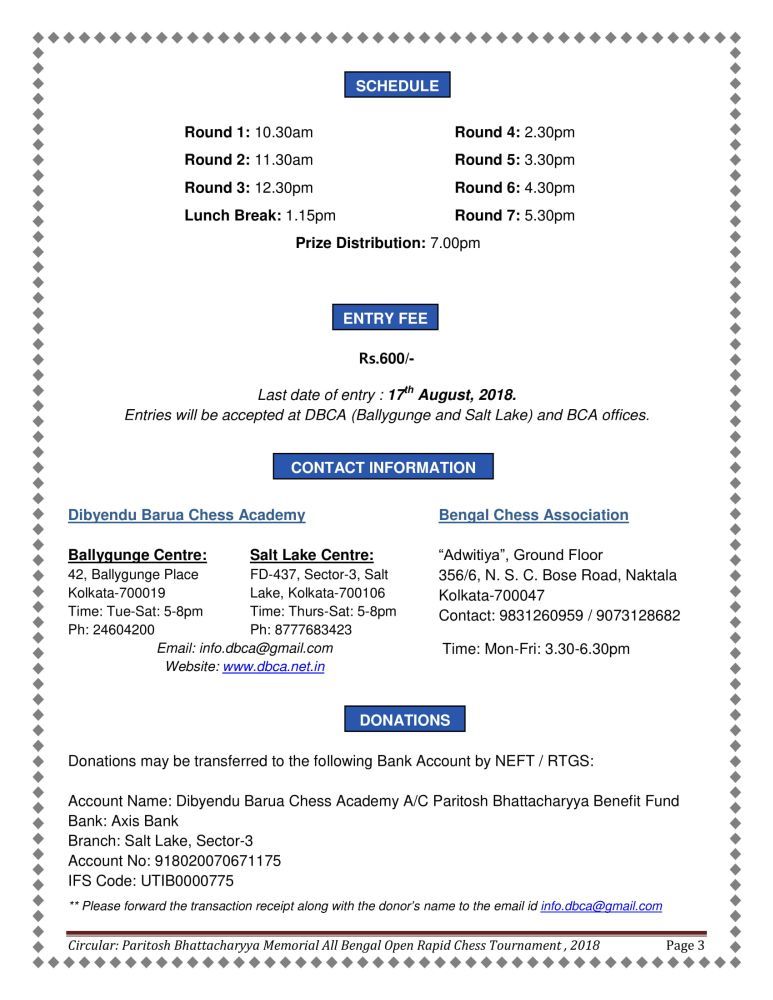 Khudiram Anushilan Kendra has been chosen the venue as that is the place where maximum number of tournaments used to take place back when Paritosh was actively playing chess tournaments.

Those who are interested in donation to support the family of Paritosh Bhattacharyya, they may do so at the temporary bank account mentioned above created by DBCA. All donors names will be mentioned at the tournament. Here's the bank account once again:

All those who contribute to the above account, please send a mail to info@dbca@gmail.com along with the transaction receipt so that your name can be mentioned during the tournament. 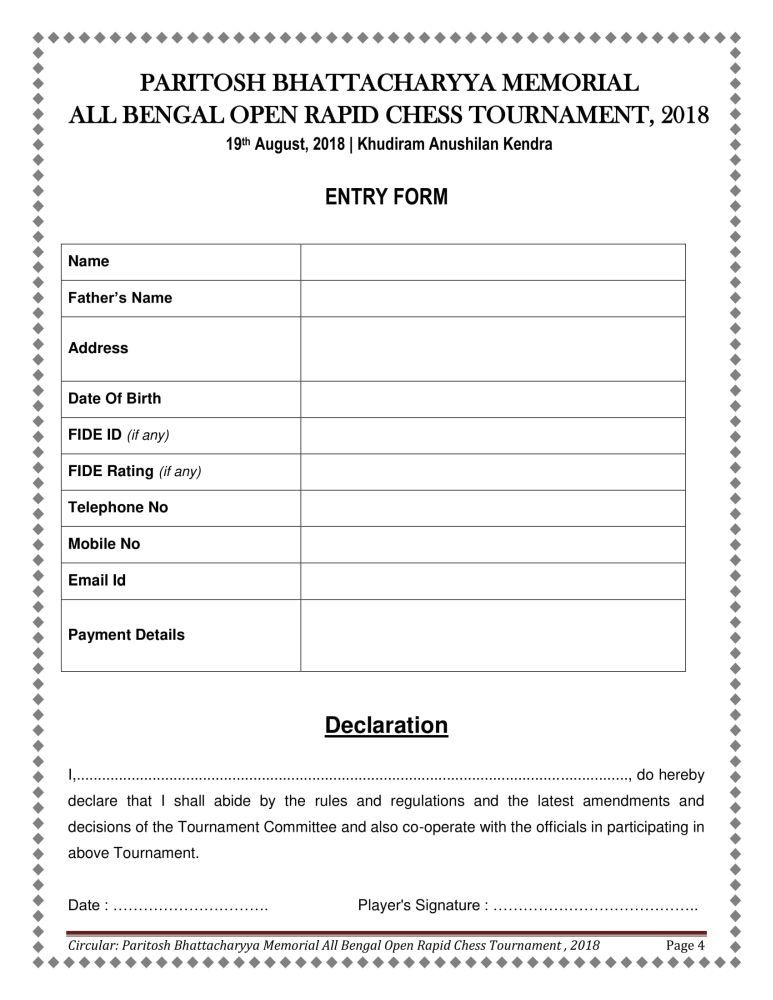 Entry form of the tournament

Back in the day he defeated IM Suvrajit Saha and IM Ravi Hegde, he also drew with GM Alexey Kuzmin of Russia, GM Al Modiahki Mohamad of Qatar before he became a Grandmaster, IM V Saravanan (drew with Saravanan in their second encounter in two years at the same tournament where Saravanan secured his 2nd IM norm), IM P Konguvel and IM D V Prasad. All this in Goodricke and Kolkata International Open in the 90s. Here are some of his best games collected from Mega Database.

The author of this article, yours truly was also taught by Paritosh Bhattacharyya during his formative years. He was the ChessBase software expert back then who taught him the ways around Fritz and ChessBase and its usefulness.