Off the Board Tales #13 – B. Vishweshwara Bhat

'Off the Board Tales' is a series by ChessBase India, where the premise revolves around people who are passionate about chess despite it not being their career. An emotional and short story is what you're up for, so read on for tales of joy, tales of aspirations, tales of sorrows, and tales of success. B Vishweshwara Bhat is an agriculturist residing in Puttur, a small town in Karnataka. He has an MA in economics, and closely follows the events of the chess world. He owns many chess books and has a vast knowledge of its theory and history.

The agriculturist with the hobby unheard of.

Back in the ’70s no one really knew how to approach the game, and we’d play in rudimentary ways. I wasn’t really looking to take it anywhere, until one day in my college, there was a chess tournament. It was a university selection tournament, and I took part in it. To my surprise, I beat most of the players present and got selected for the Mysore University’s chess team. I remember when I played against a lot of well-known players whom I could’ve beat, but I was so mesmerized by their shining blazers and immaculate dress that I couldn’t focus! 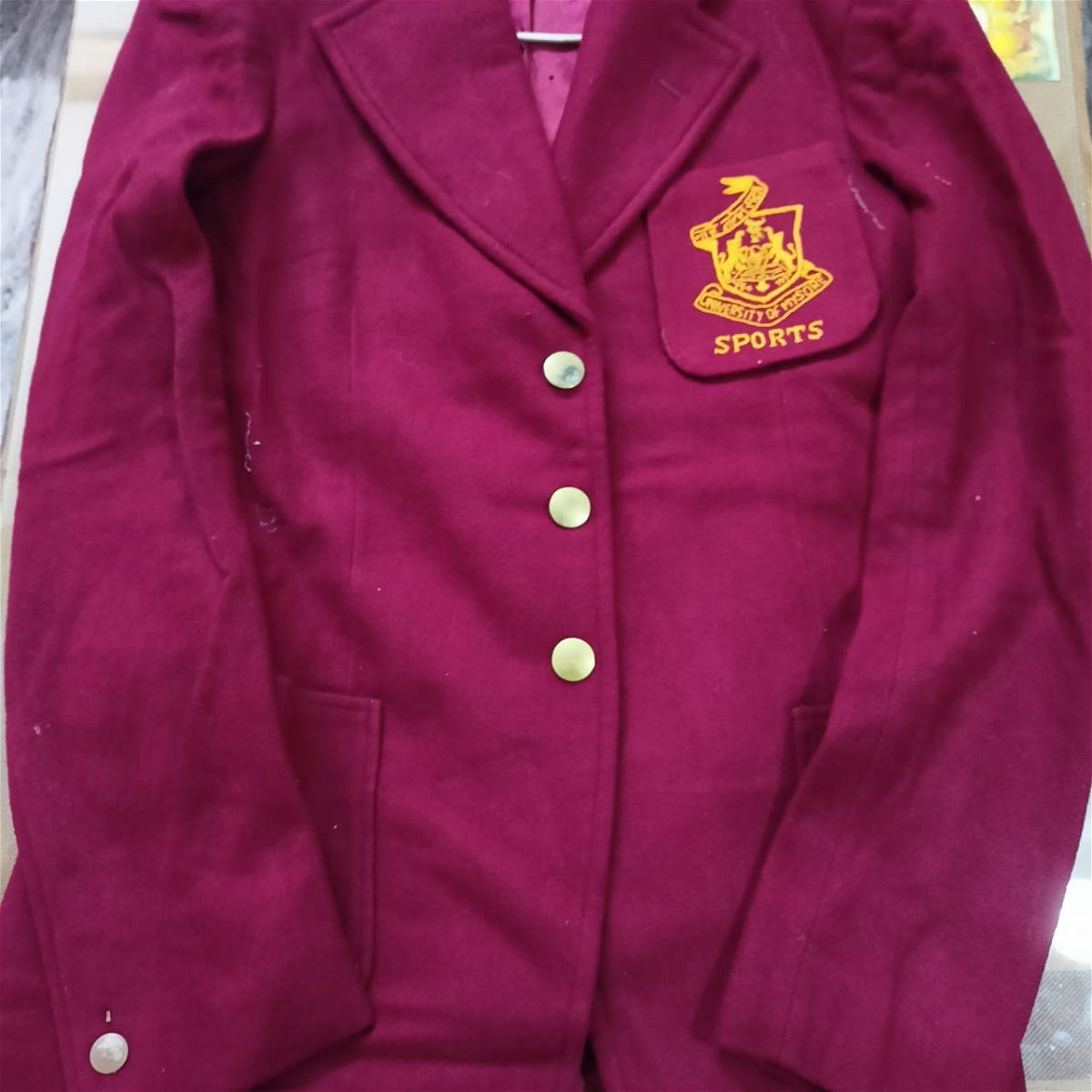 The university coat that Vishweshwara would wear as leader of its chess team, and face off against other school chess teams with!

I’d played all the way till the National level, and beat many players who are now very good at chess. It seemed like everything was going great, but problems soon arose. My town is rather small, and it was hard to even find people to play against of equal or higher strength; that was how scarce chess was! My family did tell me to focus on my job, but I pretty much left of my own accord. It was simply too expensive back then, especially with the emergence of the computer, arguably the most revolutionary tool for chess. I remember hearing about how even a newly crowned Indian Grandmaster could barely afford Fritz 1. The prizes at tournaments were also insufficient, and it was simply better to be realistic and go for a job. And thus, in 1985, I quit playing the game of chess competitively for good, and for 12 years didn’t glance upon it. 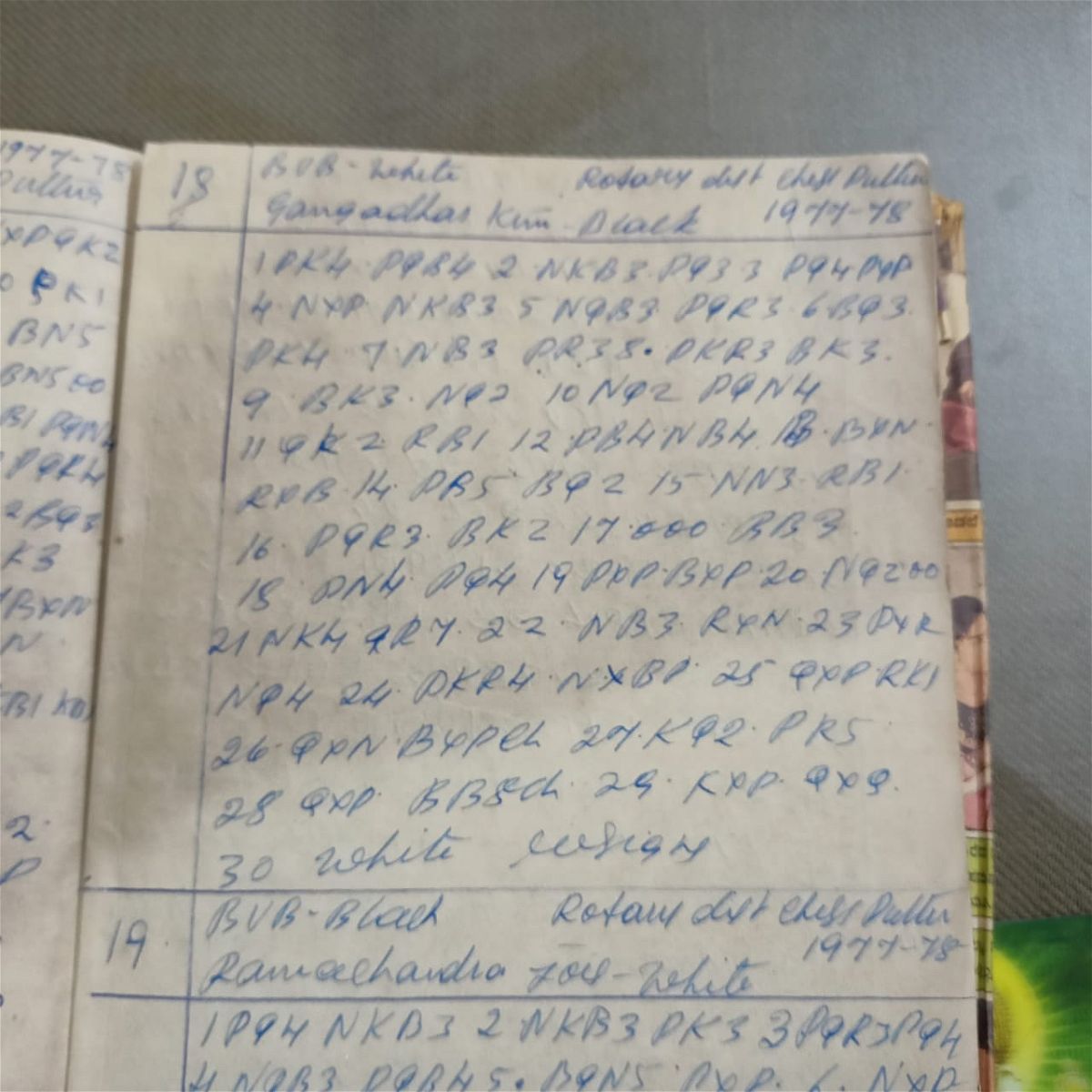 An old chess game notation that is now a relic of chess history.

Of course, I love following its progress and have studied many of the greats of chess, and their games. I play the game occasionally online now, and I look back at my time playing the game fondly. However, as cold as it sounds, I am glad that I was able to recognize how lucrative it was to pursue chess back then, and I am content as a farmer. While chasing a certain path may seem very tempting, priorities should always be clearly defined; it can lead to a lot of regrets if not set straight. 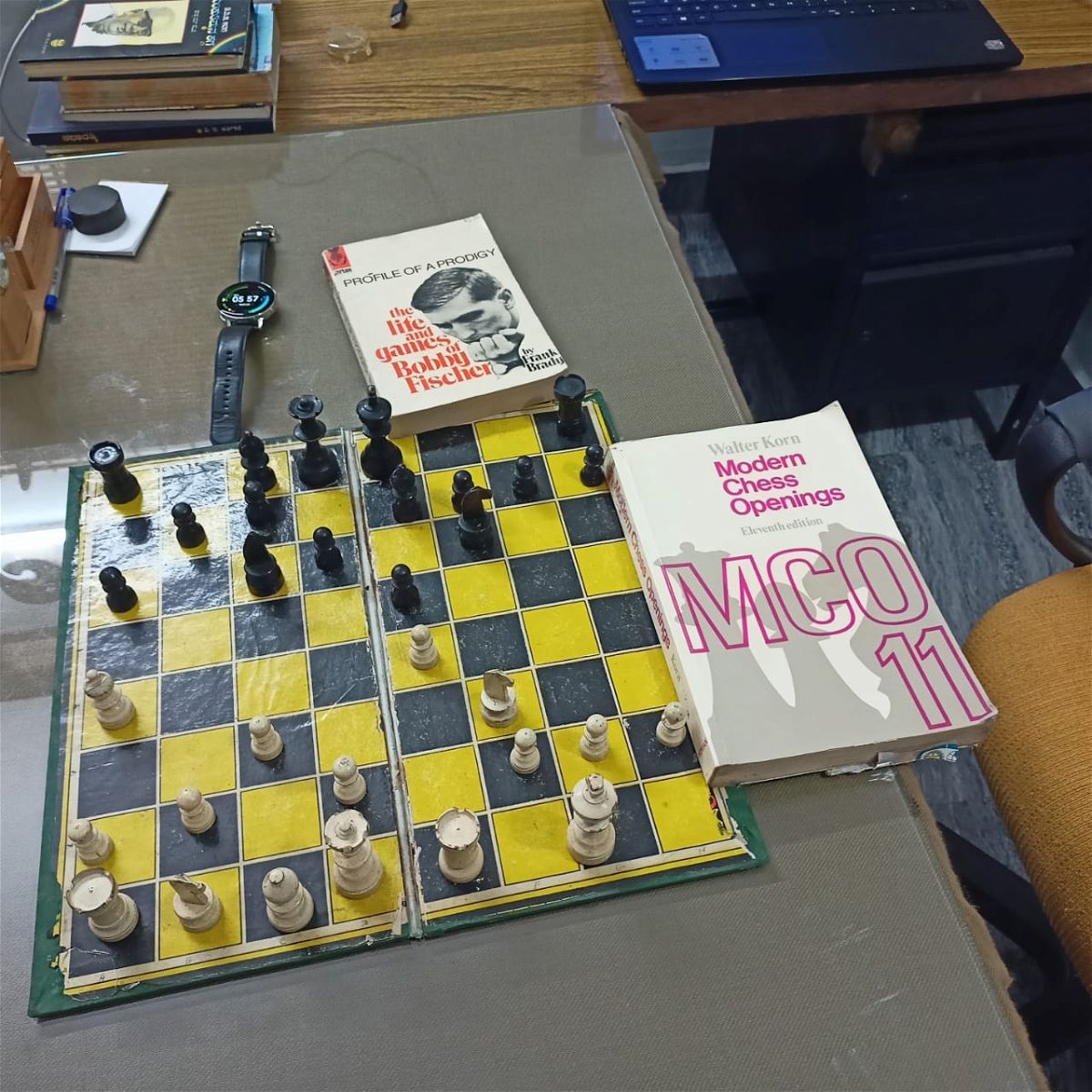 Every chess player has that one book they hold dear, that is worn and has accompanied them everywhere. For Vishweshwara that book was none other than Modern Chess Openings! What are your prized chess books?