Odisha Circle ended Tamil Nadu's dominant run at the 35th All India Postal Chess Tournament in the Team event as the home team edged past the last three editions' consecutive winner Tamil Nadu in the tie-breaks to assert a new champion. Both teams finished with 9.0/10 and the first three tie-breaks were same. It was the fourth tie-break which decided the winner. Rajasthan Circle finished third with 8.0/10. In the individual debutant Utkal scored an unbeaten 6.5/7 to win it. FM P Maheswaran and Shailendra K Bajpai finished second and third respectively with 6.0/7. Check out Utkal's success on his birthday with his annotated games.

Utkal wins a double on his 25th birthday

Odisha Circle beat Bihar Circle 4-0 in the final round to win theTeam event in 35th All India Postal Chess Tournament 2021. Both Odisha Circle and Tamil Nadu Circle finished with 9.0/10 and their first three tie-breaks were same. Odisha Circle edged ahead as their fourth tie-break was better. Rajasthan Circle secured the third position with 8.0/10.

Within three days after winning the team championship, Utkal won the individual event with an unbeaten 6.5/7 on his 25th birthday. 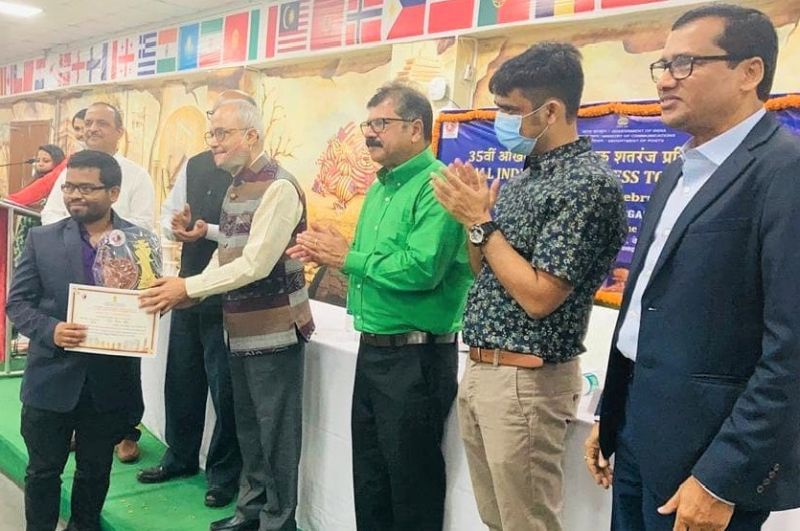 Winner of 35th All India Postal Chess Tournament Individual - Utkal Sahoo 6.5/7 | Photo: Utkal's fb
Sher Singh was the only one who held Utkal to a draw

After the conclusion of the tournament, when I tried to find out how it was for Utkal to win both individual and team event. he said, "It was really nice to play over the board tournament after long time and win it. The last tournament I played was National team in February 2020, so it was a yearlong gap from over-the-board chess.

Playing after such a long time was really good. We were maintaining many precautions like sanitising and wearing masks most of the time."

Utkal was kind enough to share a game each from his individual and team championship triumphs:

Birthday boy Utkal won the final round in the individual event with a nice tactic against Deepak Katiyar. 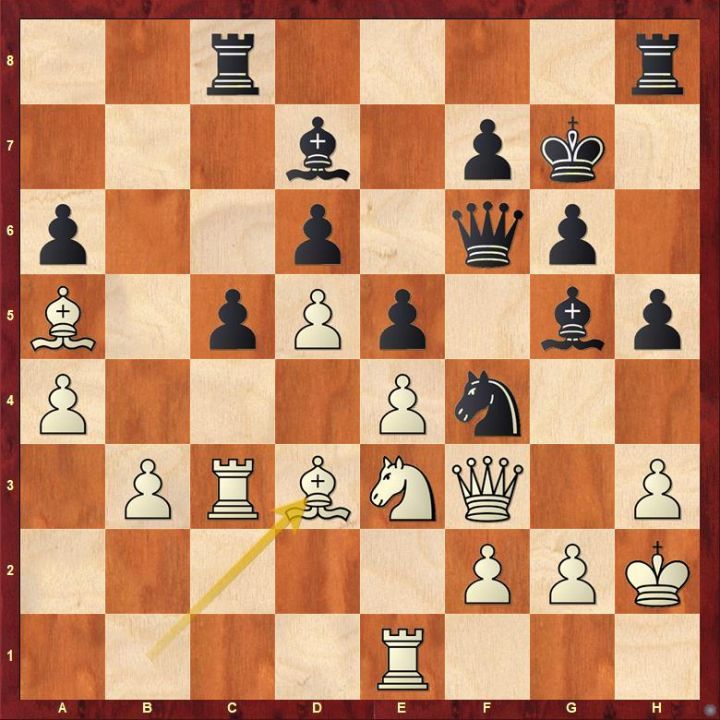 Find out the winning continuation for black after 33.Bd3

Total 17 teams from 17 states across the country comprising of 79 players participated in both team and individual event from 15th to 20th February 2021. The tournament was organized by Odisha Circle Postal Sports Board.