The Goa State Championship 2018 was held from the 8th to the 12th of July 2018. It was a strong event where there were four clear contenders for the title. Top seed Ameya Audi who has a rating of 2399, talented youngster Leon Mendonca (2241), Ritviz Parab (2235) and Niraj Saripalli (2179). It was an extremely hard fought event where in the end it was Niraj Saripalli who emerged victorious. In this article we tell you more about the event, but also have two deeply annotated games by the winner. Niraj shows us his wins over Ameya Audi and Ritviz Parab and also tells us his thought process behind the moves he had chosen. Checking these high intensity games with comments from the winner is sure to help you improve your chess understanding.

Goa is becoming one of the most prominent states in Indian chess. Recently they had their first GM in the form of Anurag Mhamal. WGM Bhakti Kulkarni is one of the best woman players in our country. Little Leon Mendonca is a big talent to watch out for. Goa is also holding the first GM international event later this year in October. It comes as no surprise that the state championship of Goa was looked forward to with great interest by players all over the country. The event had four players who were very strong. 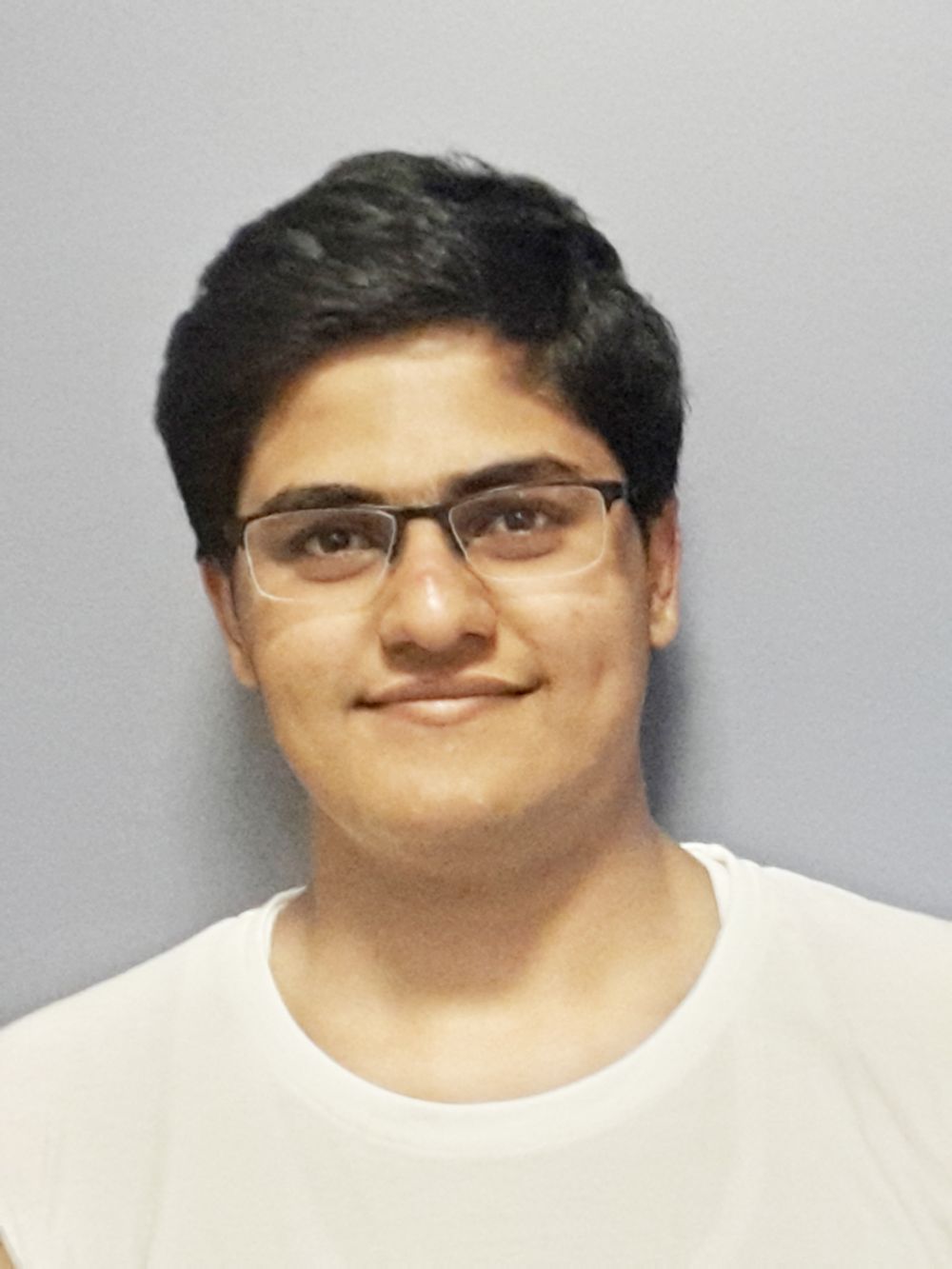 The top seed of the event was Ameya Audi 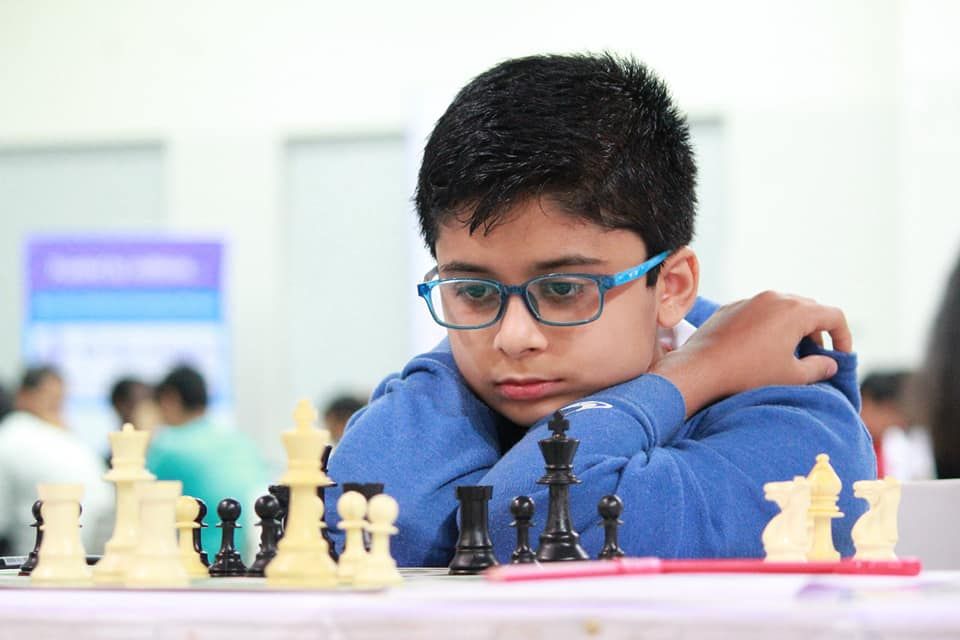 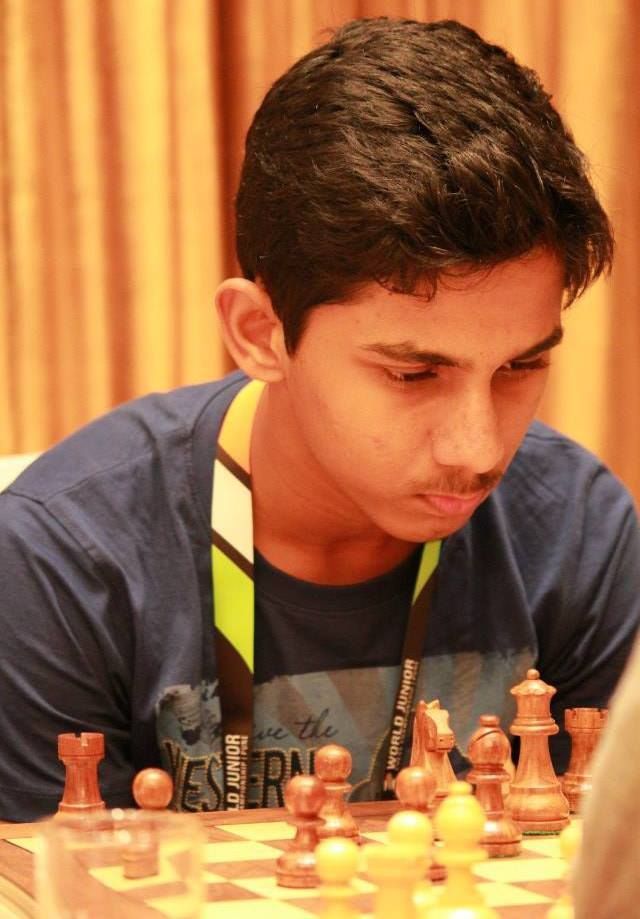 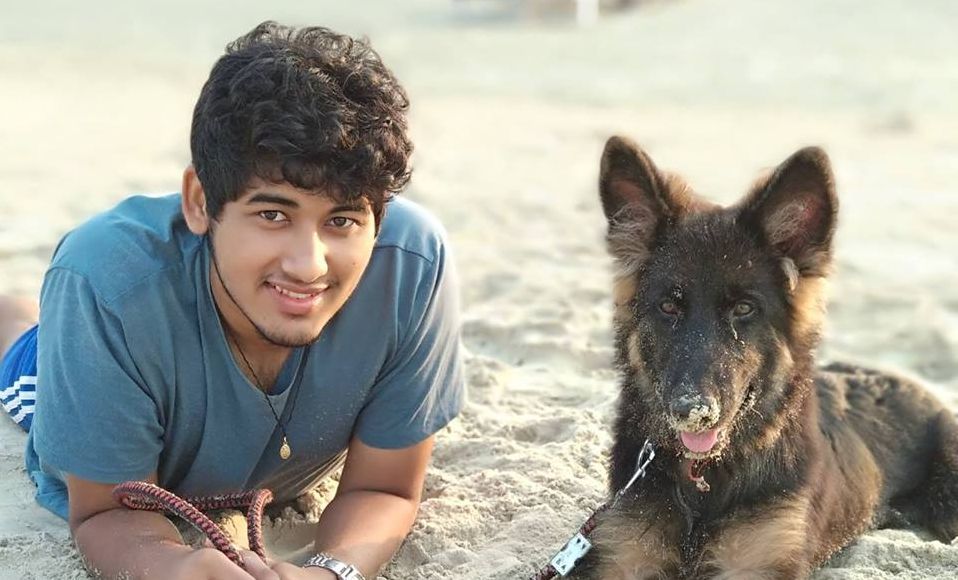 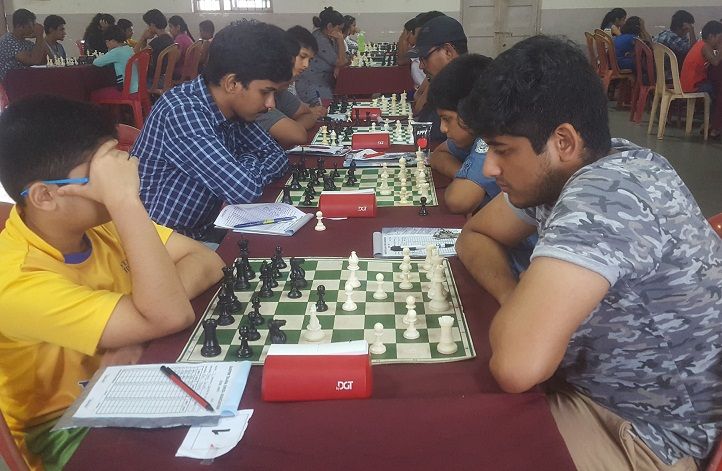 The State Championship was a nine round Swiss event and was held from 8th to 12th of July in CADA hall, Curchorem, Goa. A total of 104 players participated in the event. The tournament director was Kishor Bandekar.

The tournament was hard fought and in the end it was a tie at the top between Niraj Saripalli and Ritviz Parab. However, in their personal encounter Niraj was able to beat Ritviz and hence won the event. 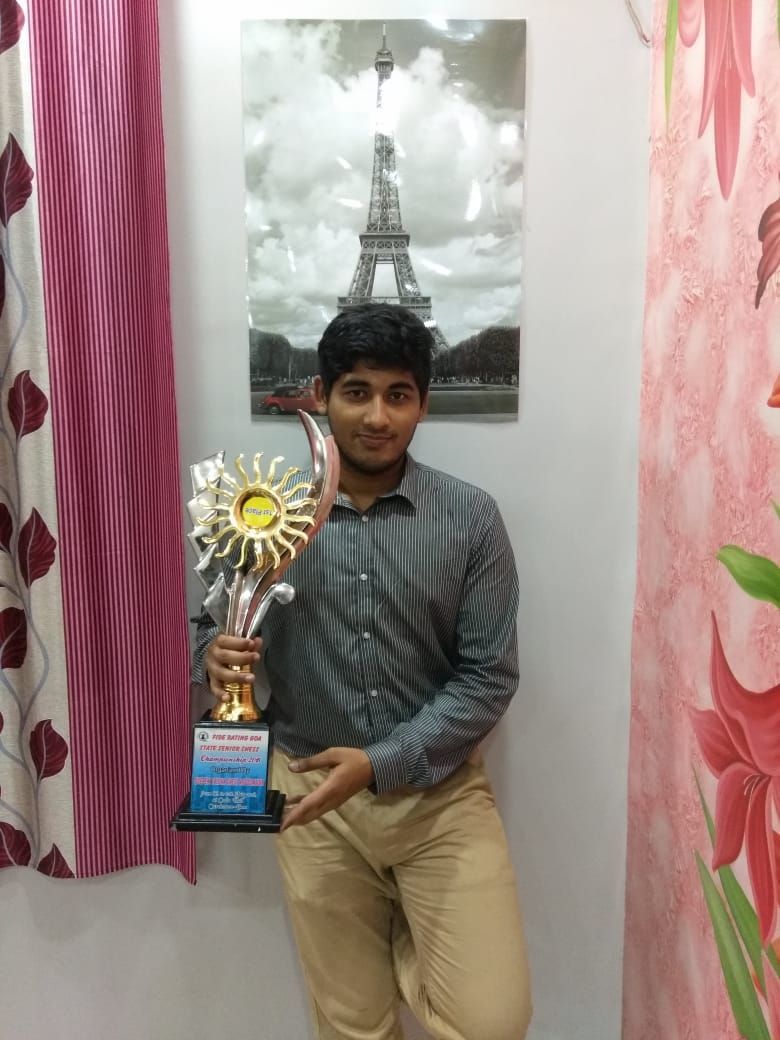 Niraj Saripalli with the winner's trophy 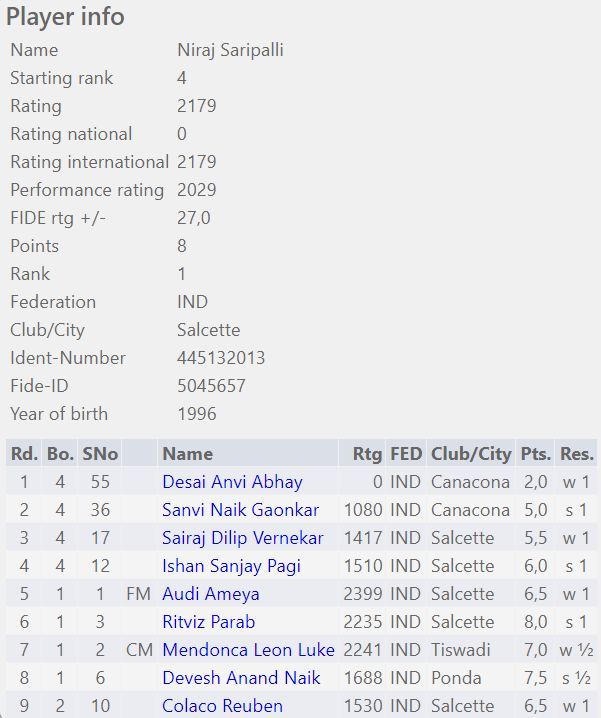 Niraj's best games from the tournament:

Niraj sent us two games which were his favourite in the event and has annotated them in quite some depth. The first one is against the top seed Ameya Audi, which was a long positional battle where Niraj was able to outplay Ameya with some nice tactics at the end.

The second game sent to us by Niraj is against his best friend Ritviz Parab in the sixth round. At this point both of them were leading with a score of 5.0/5. Saripalli managed to play a nice game from the black side of the Ruy Lopez and became the sole leader of the event:

1st Goa International Open GM Tournament will be played from 13th to 20th Oct. 2018 at the Shyama Prasad Mukherjee Indoor Stadium in Taleigaon, Goa. October also happens to be one of the best times to visit Goa. So once you’re done playing, you can kick back and enjoy a sunset at the beach, hit the casino or just ride around on a rented motorbike.