The Chettinad Public School 32nd National Under-11 Chess Championship took place from 28th July to 5th August 2018 in Chettinad Public School, Karaikudi, Tamil Nadu and it turned out to be one of the best organised national championship in India. The organizers provided facilities which you would not find in many national events which included GM simul, live streaming and much more. Fittingly, the strongest players in the tournament – Dev Shah of Maharashtra among boys and B Savitha Shri of Tamil Nadu among girls won the championship and qualified to represent India in the 2019 edition of the Asian and World Championship. IA Prof.Rathinam Anantharam sends us a detailed report of the event with some great narrative and pictures that gives you the feel of the entire event.

Chettinad, a southern region in Tamil Nadu is quite popular for its hospitality and rich culture and heritage and is also known for its local cuisine, architecture, and religious temples. The host Chettinad Public School, Karaikudi situated about 70 kms from Madurai and its Chairman Shri SP. Kumaresan made it a memorable tournament to the 400 players and more than 600 parents. Current National and World under-7 schools champion and National under-7 champion Lakshana Subramanian is from this school! 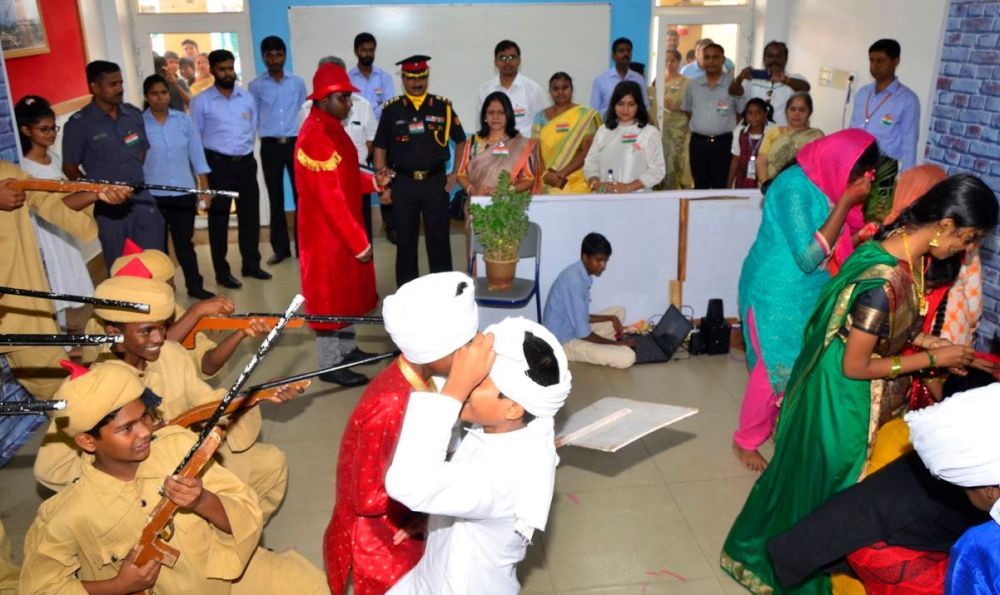 Chettinad Public School is the Best CBSE school of Karaikudi and it organised the 32nd National under-11| Photo: CPS archive

Top seed of the open event was Dev Shah of Maharashtra with a rating of 2184. Although Dev is just 11 years old he had given a Ted Talk on chess when he was just nine! Due to a draw against A. Vannsh Adalja of Gujarat in the second round, Dev was trailing for most part of the event until the penultimate round where he defeated Shreyash Shivam Patnaik of Odisha to share the lead with CM Shahil Dey of Assam. Shahil gave a strong comeback to lead the tournament after an initial defeat against Roshan S of Tamil Nadu in round 4. In the end it was a 4 way tie for the title but with better tie break scores Dev Shah became the champion of the event scoring 9.0/11 points. Mahendra Teja Mekala of Andhra Pradesh, Shahil Dey of Assam and Ilamparthi A R of Tamil Nadu came 2nd, 3rd and 4th respectively all with a score of 9.0/11 points. 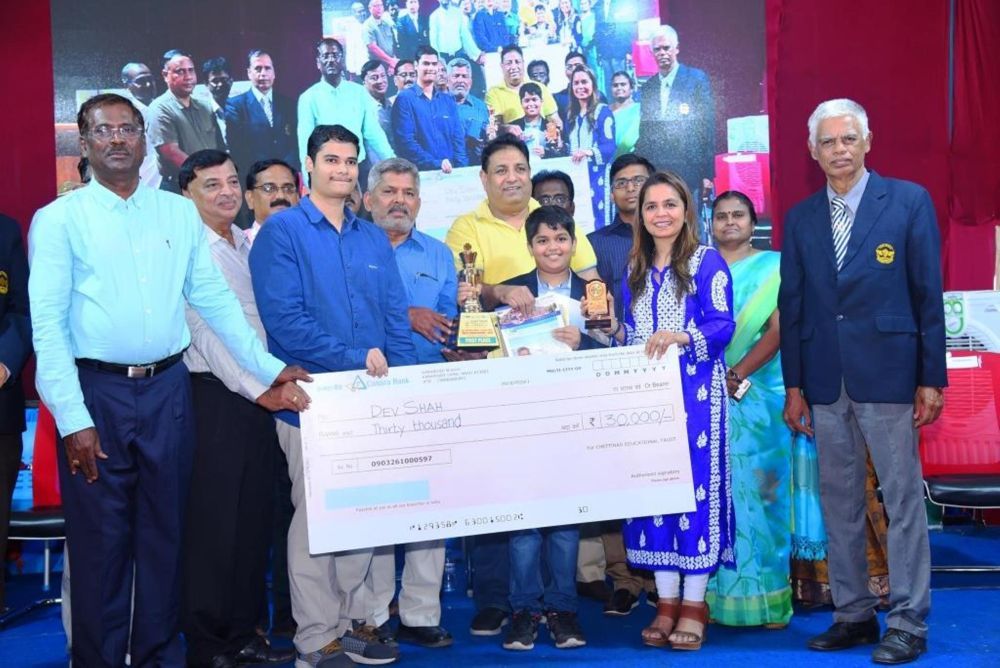 Here is a beautiful game played by Dev in the 5th round:

In the girl section the top seed was B Savitha Shri of Tamil Nadu with a rating of 1742. A draw against Harshavardhini M.S. of Puducherry in the 5th round put her on the back seat and 7th seed Tejaswi R of Tamil Nadu recorded seven consecutive wins to lead the event. Tejaswi, however, met her Waterloo at the hands of the formidable opponent Savitha in the eighth round. But she came back strongly in the tenth and penultimate round to share the lead with Savitha on 8.5 points. Though both registered final round victories and tied for the first place, the direct encounter result in the eighth round clinched the title to Savitha. Sinthia Sarkar of West Bengal and Harshavardhini M.S. of Puducherry came 3rd and 4th respectively with same score of 8.0/11 points. 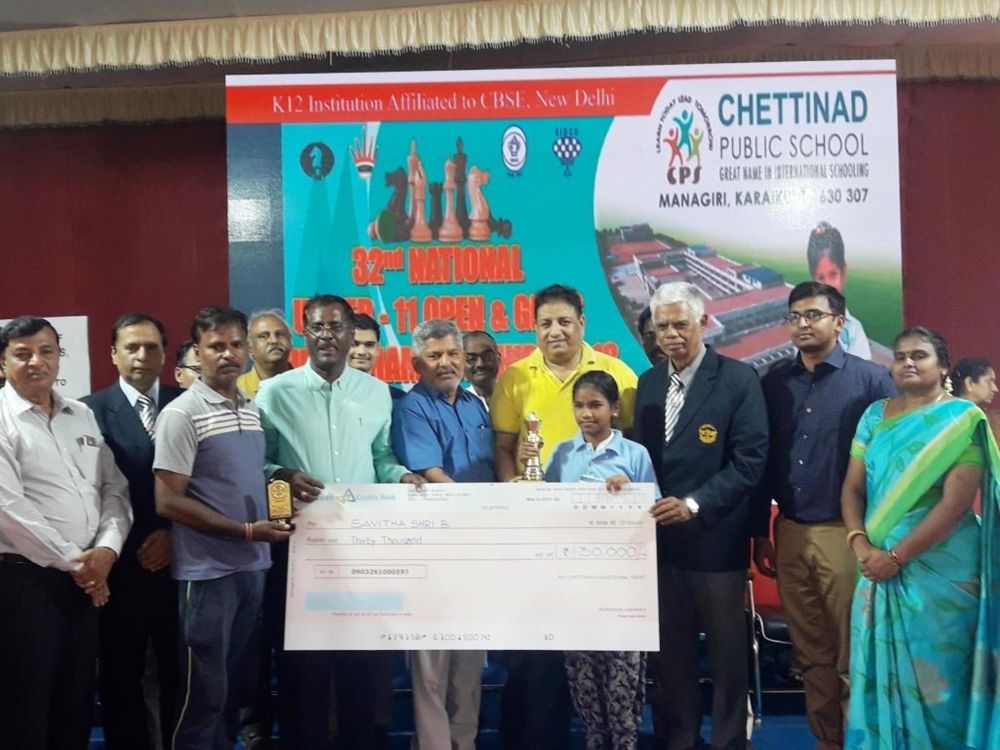 This the second consecutive title for Savitha Shri as she was also the champion last year with Gukesh : Photo: Rathinam Anantharam 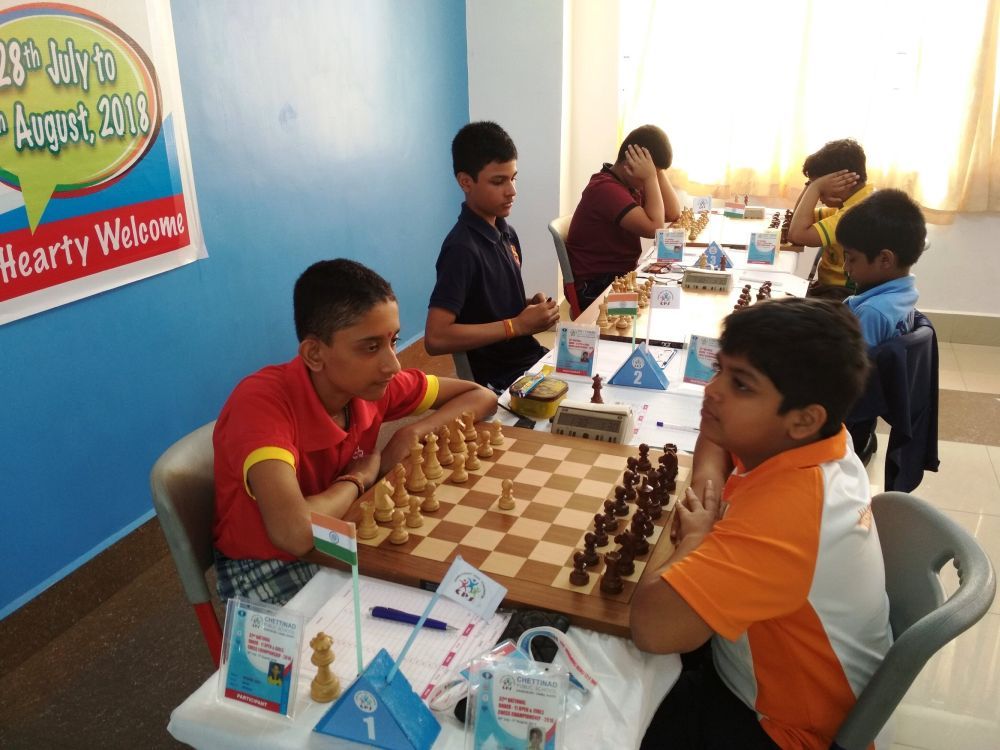 Shahil (left) and Dev (right) ready for the fight in the final round | Photo: Rathinam Anantharam 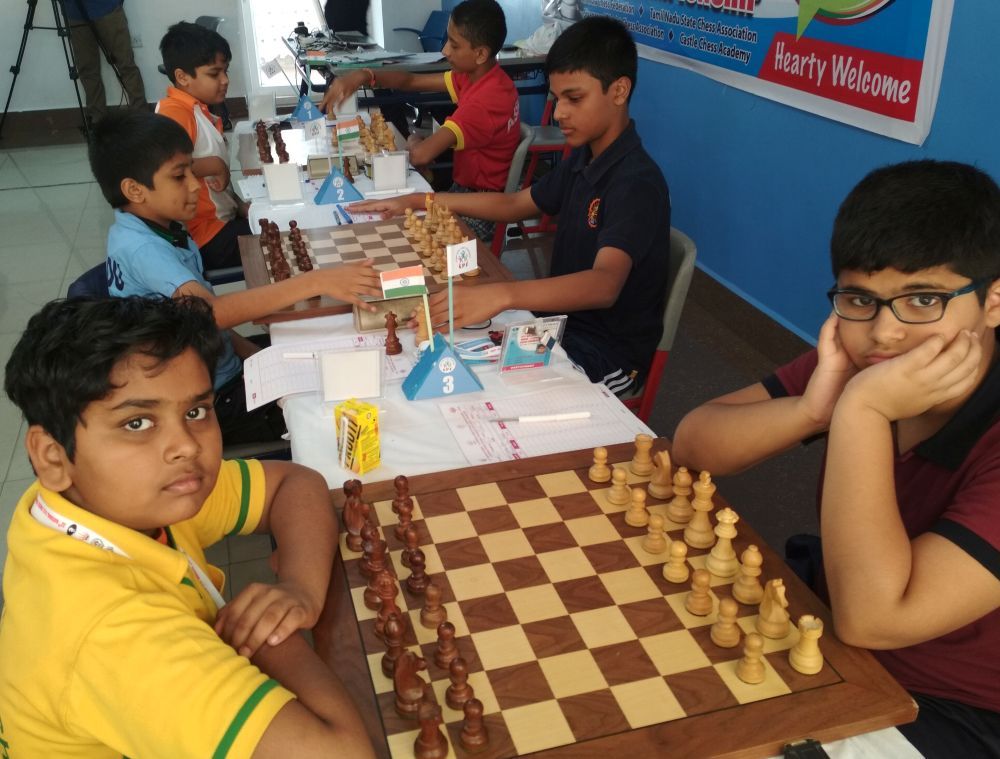 Mahendra Teja (left) defeated Tanmay Jain (right) in the final round to get the second place | Photo: Rathinam Anantharam 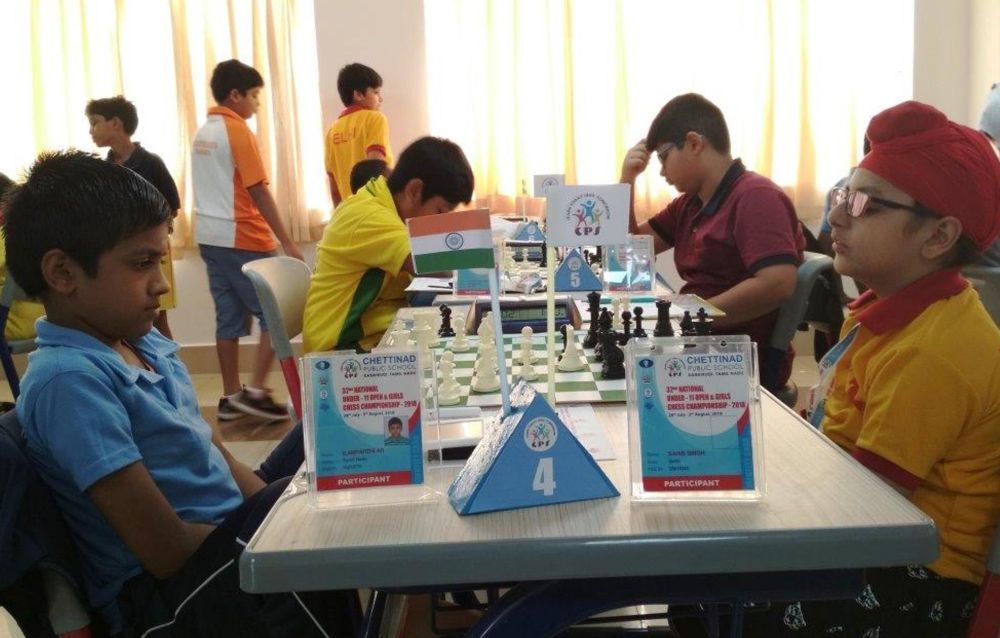 AR Ilamparithi (left) kept himself in the race by beating Sahib Singh (right) of Delhi in tenth round and he finished fourth | Photo: Rathinam Anantharam 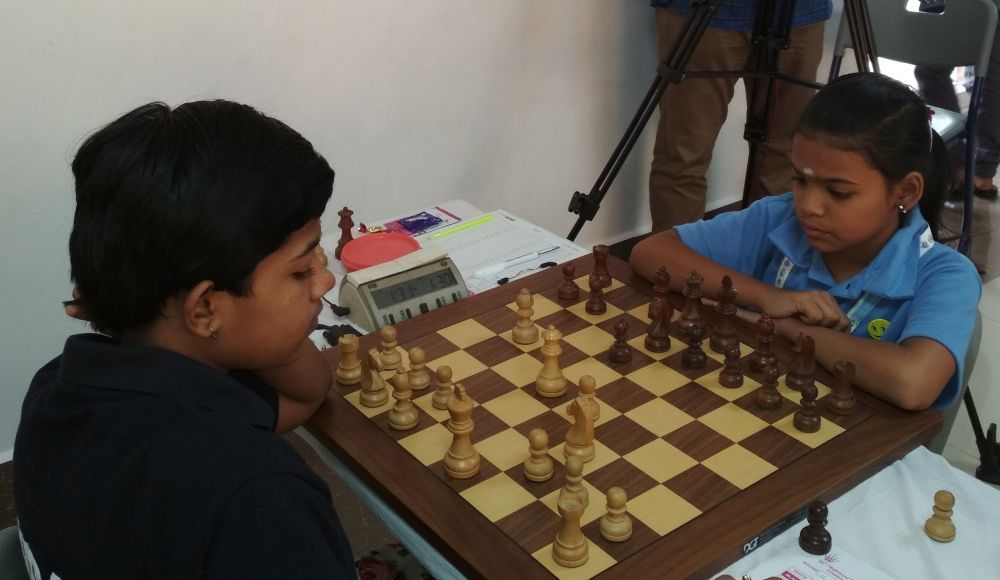 Tejaswi (right) defeated 6th seed Anupam (left) in the 10th round to finish joint leader and 1st runners up of the event| Photo: Rathinam Anantharam 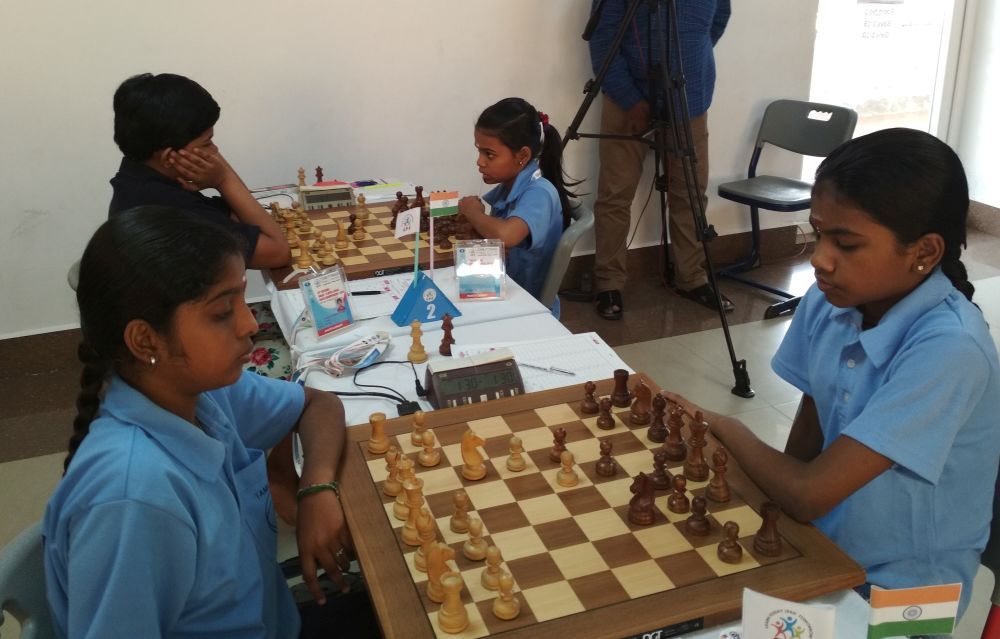 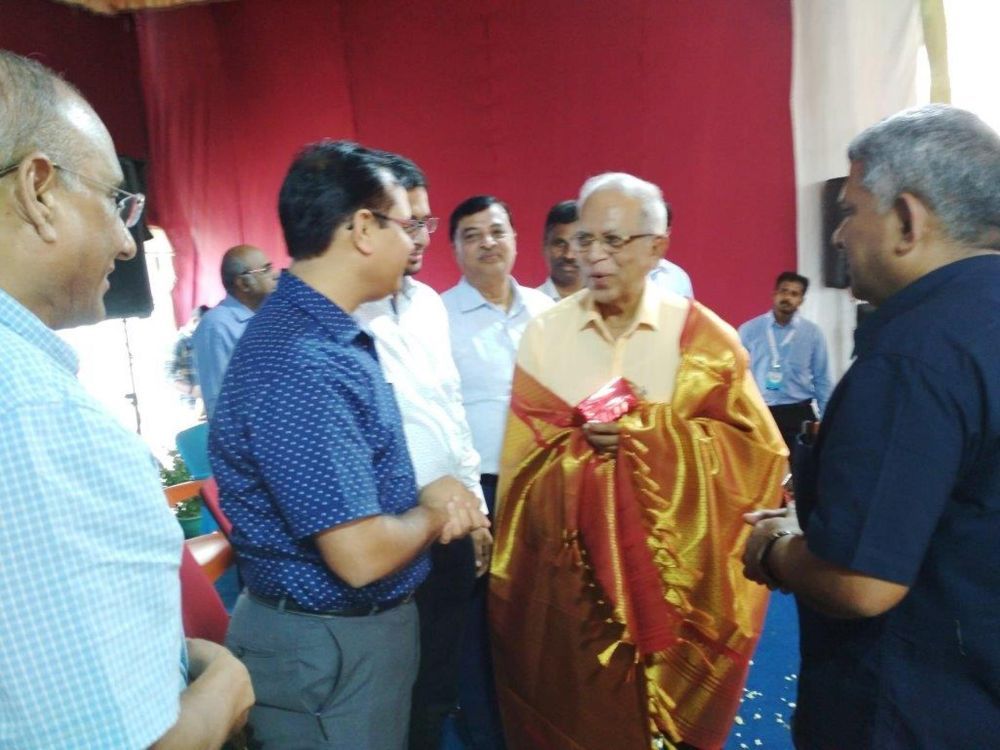 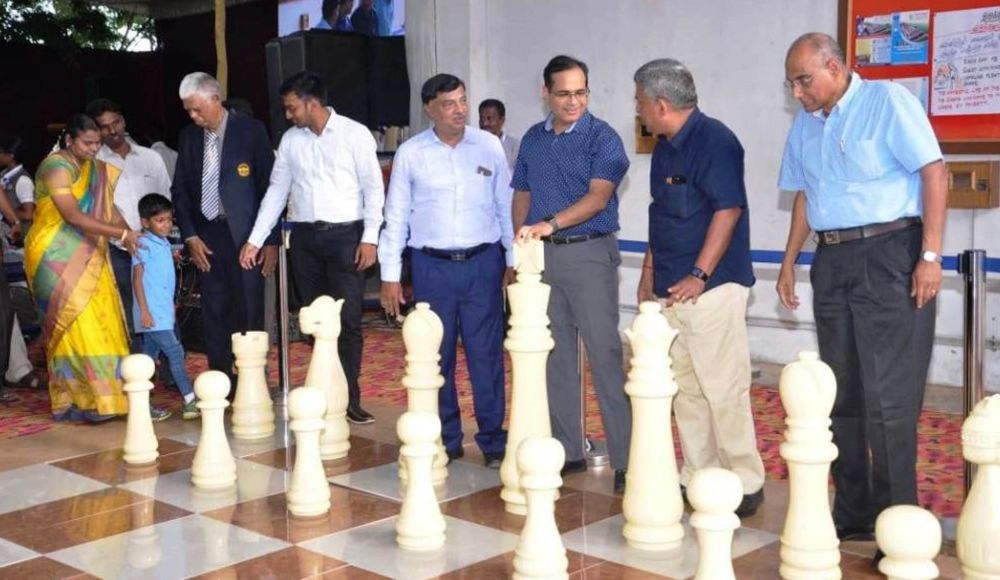 Earlier the inauguration of the event was done on a big chess board! | Photo: Rathinam Anantharam 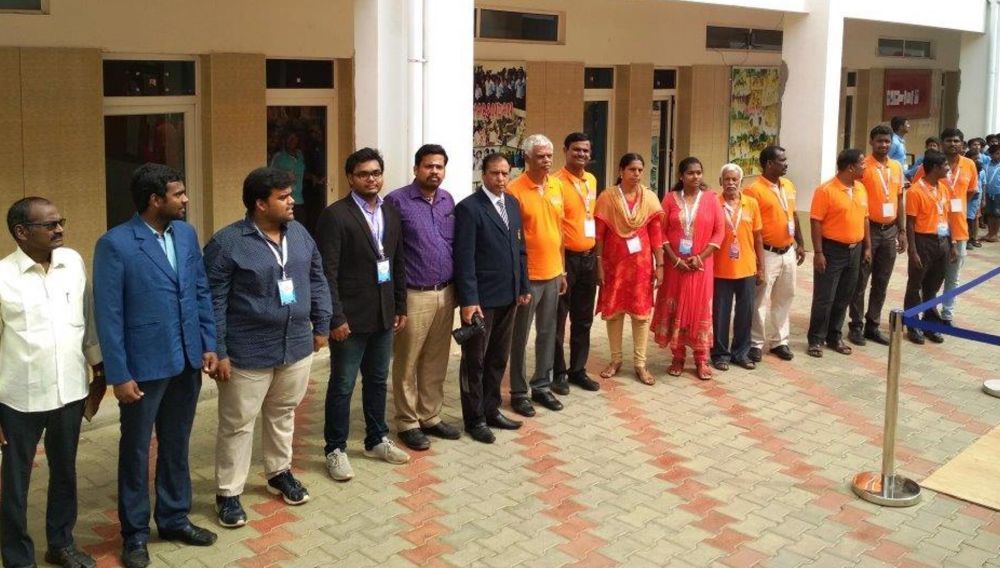 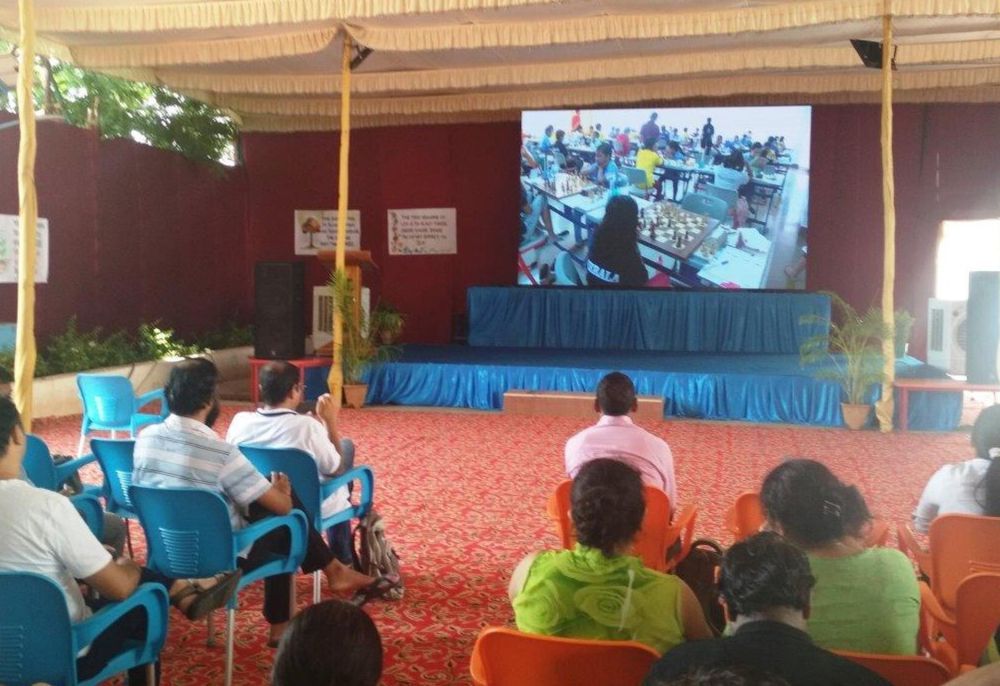 A huge waiting area for parents with the facility to watch live stream of the games! | Photo: Rathinam Anantharam 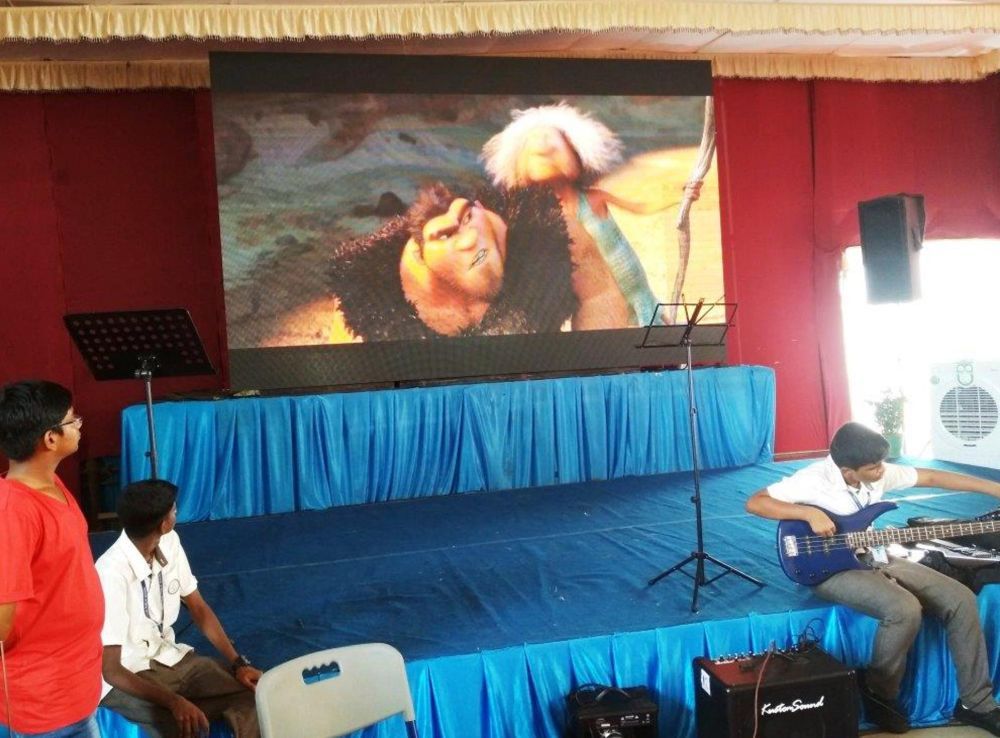 The wonderful organiser made sure that the parents and childrens are never bored! | Photo: Rathinam Anantharam 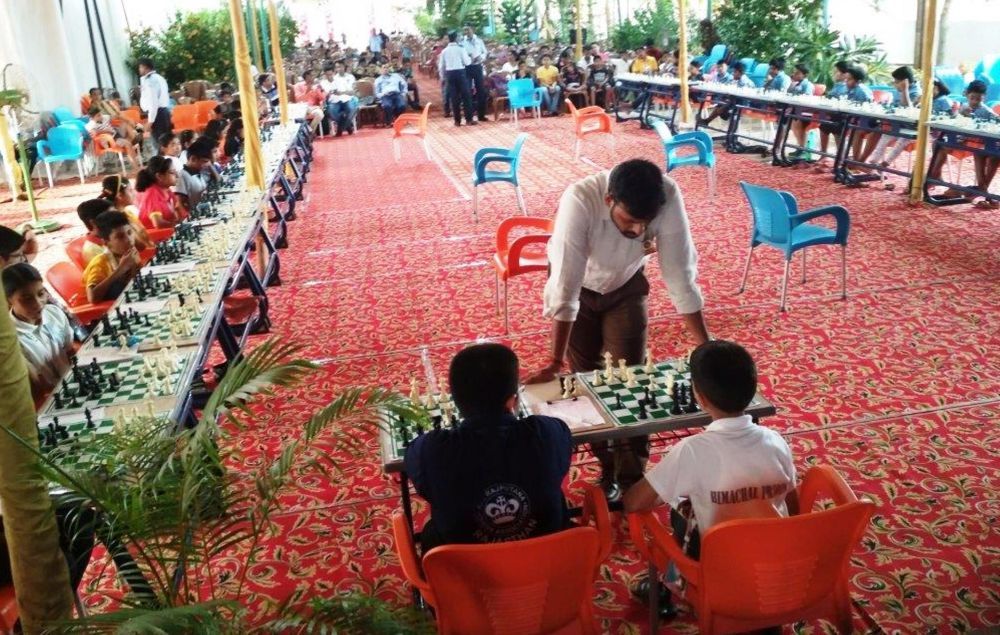 Grandmasters MR Venkatesh and Vishnu Prasanna played with 40 players each on different days. The players for the simultaneous were selected based on the ratio of the players of the participating states and all states were given representation to play against the two grandmasters. They were also immensely benefited by the interaction and lectures by both grandmasters. 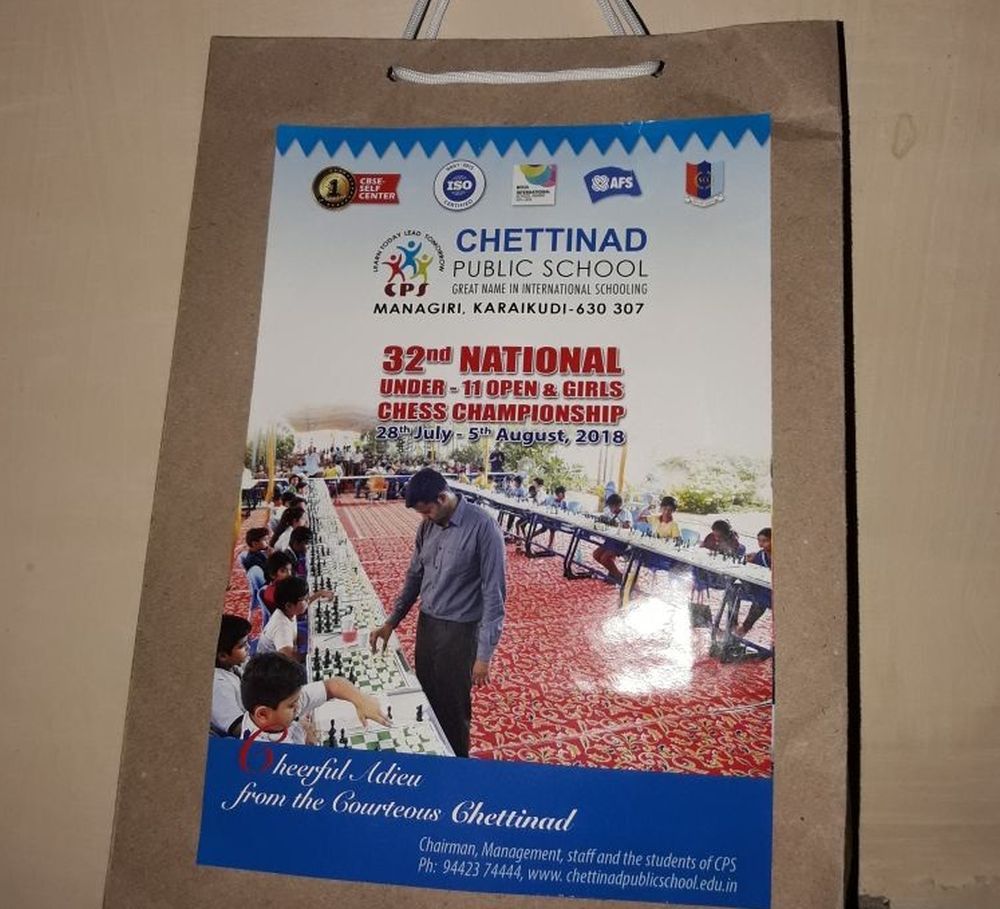 All the managers of the state which participated in this championship wrote to the organizers the following letter after the event ended:

“On many events you went out of your way to make everyone feel comfortable, which allowed players to focus on their game. We would like to express our deep gratitude to personnel involved in catering, boarding, lodging, accommodation, transport, security and press and electronic media. It was really a pleasure to be here”.

Needless to say the hard work put in by the school principal, staff under the able guidance and supervision by the Chairman of the school Sri. SP Kumaresan. A genuine chess philanthropist, who is willing to take care of the children as well as the parents. Free lunch was provided to all players and parents. An exclusive temporary waiting hall for the parents with about a thousand chairs, provided them the glimpse of their children in the playing hall through live streaming of the hall, as well as their games.

Final Ranking after 11 Rounds in boys

Final Ranking after 11 Rounds in girls

Stay tuned for our ChessBase India Junior article by Avathanshu but that will be released shortly, that has the interviews of both Dev Shah and Savitha Shri.