The 44th Iwasa Women's National Premier 2017 is turning into a bloodbath as five out of the six games ended decisively in the second round. Meenakshi scored the biggest upset of the day as she downed Challengers champion Bhakti Kulkarni. In the other news of the day Padmini Rout beat her experienced opponent Swati Ghate, while Soumya managed to overcome Kiran Manish Mohanty's resistance. Mary Ann Gomes won against Samriddhaa Ghosh and Sakshi Chitlange was unlucky to lose to Nandhidhaa after the Maharashtra girl lost her change to win a piece.

They both work for the same company Air India and are very good friends. However, over the board it was a brutal fight. Meenakshi opened the game with 1.d4 and Bhakti played the Dutch Defence. Meenakshi came to the tournament in not such a good condition health wise. In fact she was even planning to cancel her trip to the tournament. However, once she sat on the board she forgot everything about her health and played a perfect game to beat the National Challengers Champion. Here's her account of the game: 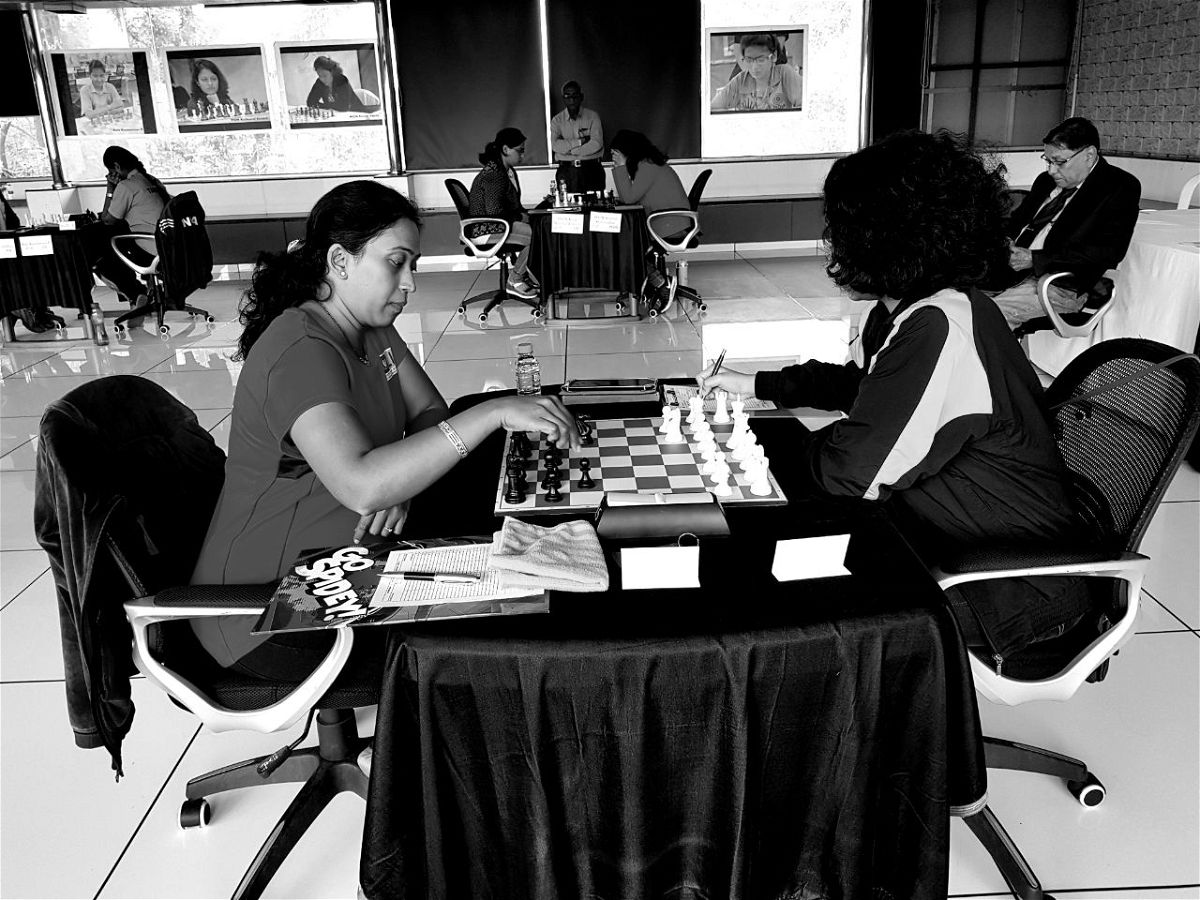 Kiran Manisha Mohanty got an excellent position out of the opening, but then she went into some dubious complications to give the full point to her opponent Soumya Swaminathan | Photo: Ankit Dalal 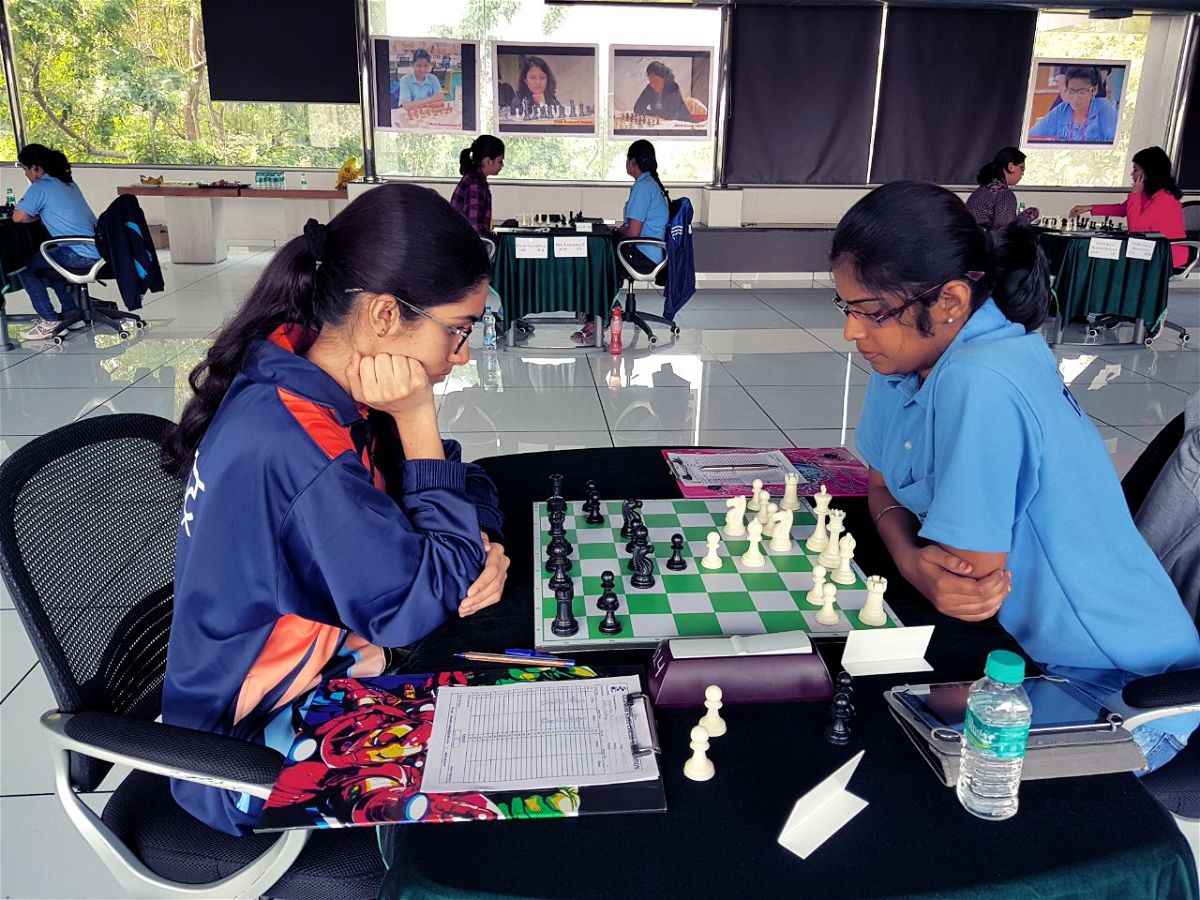 Sakshi Chitlange with the black pieces had a winning position against Nandhidhaa, but did not find the right move order and slumped to a defeat | Photo: Ankit Dalal 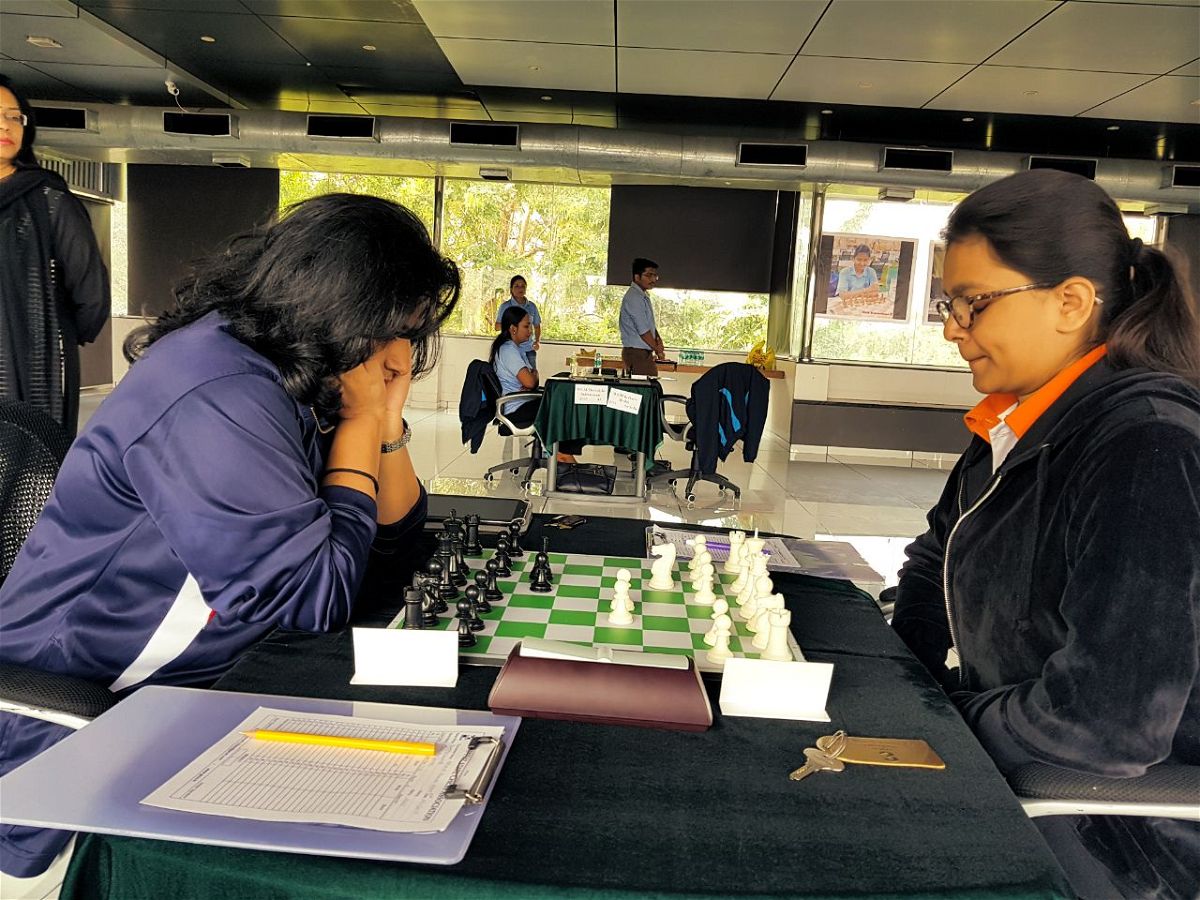 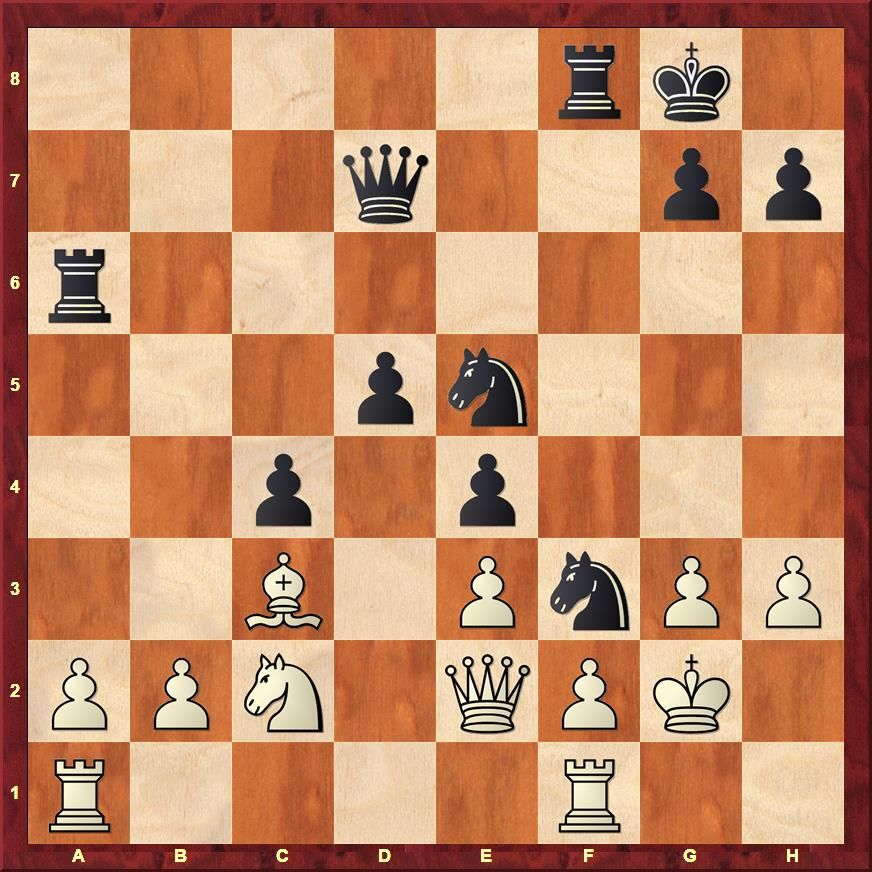 In this position Mary finished off the game with a flourish. It's Black to play. What would you do?

Ranking crosstable after Round 2