We have reached our goal! We started with the aim of collecting Rs. 5,12,000 for the event on 2nd of February 2018 and you will be pleased to know that on 8th of February we have collected Rs. 5,12,053! It's a victory for the blind chess community! A huge "thank you" to all of you who helped by contributing and spreading the word! The tournament has reached a key point with just five rounds to go. With five spots at stake for the World Team Championship in Bulgaria later this year, things are getting tense. Kishan Gangolli seems to be on course to get his fifth national title! Can someone stop him?

111 donors from all over India ensure that Blind National A is fully sponsored!

We made an appeal to the chess community at large - Please contribute to the blind national premier 2018. They had no sponsors apart from HPCL which was sponsoring Rs.50,000. The total expenses of the event that needed to be covered were Rs.5,12,000. The response has been humungous and in the last five days, we have collected Rs. 5,12,053! It's a proud moment for the entire chess fraternity of India.

This support is extremely heartwarming for the entire blind chess community. Your contribution has boosted the morale of all the players here. "We are enjoying this tournament tremendously because we feel that the world is watching our moves!" That's the general mood of the players at the Andheri Sports Complex.

The goal has been reached for this event. But if you do make the contribution, this money will be used to promote blind chess in the country by AICFB.

You can also contribute directly to the bank of AICFB. Here are the bank details:

All India Chess Federation For The Blind

If you do make a direct payment to the above-mentioned bank please send a mail to office@aicfb.in with a copy (cc) to chessbaseindia@gmail.comwith the amount of contribution, your name, address and Permanent Account Number (PAN). These details are mandatory for tax purpose.

Kishan definitely seems like a man in control. After eight rounds he is on 7.0/8. He has drawn two games against Gaurav Gadodia and Soundarya Pradhan. But apart from this he has be untouched. 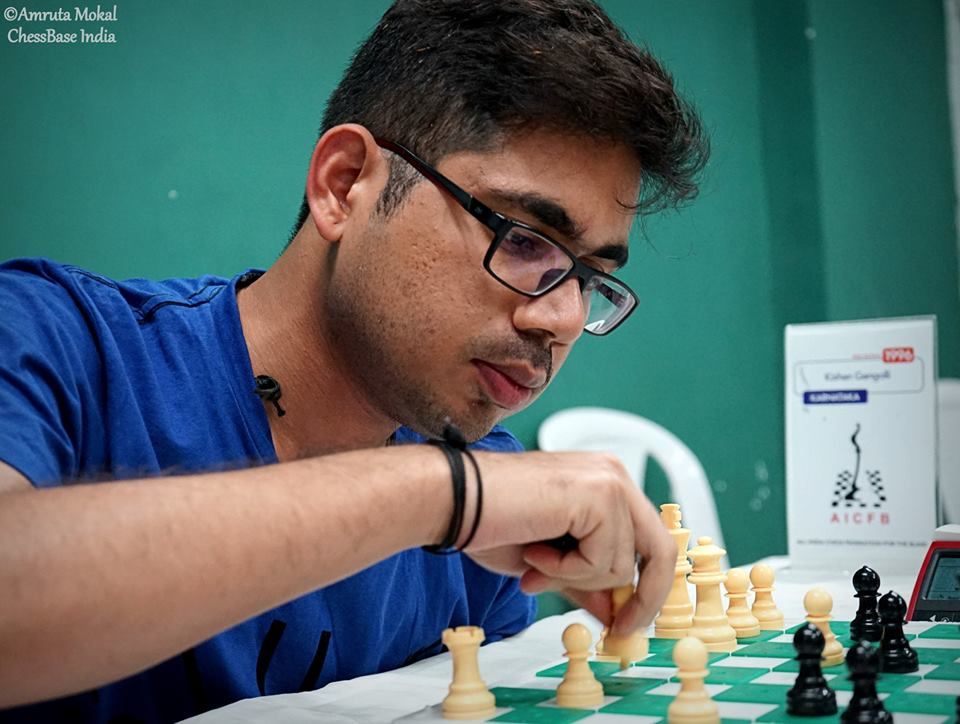 Kishan Gangolli is pacing himself well. He wins his games at the right moments and makes draws, ensures that he doesn't lose and has a one-point lead over the field.

He played a very nice game against Swapnil Shah in the sixth round of the tournament which won him the game of the day award:

Kishan drew his sixth round game against Gaurav. The Mumbai based lawyer was better but as always came under time pressure and couldn't make the most of his situation. He accepted the draw.

In the eighth round with the white pieces Kishan once again played for the win and came out on the top against Marimuthu. 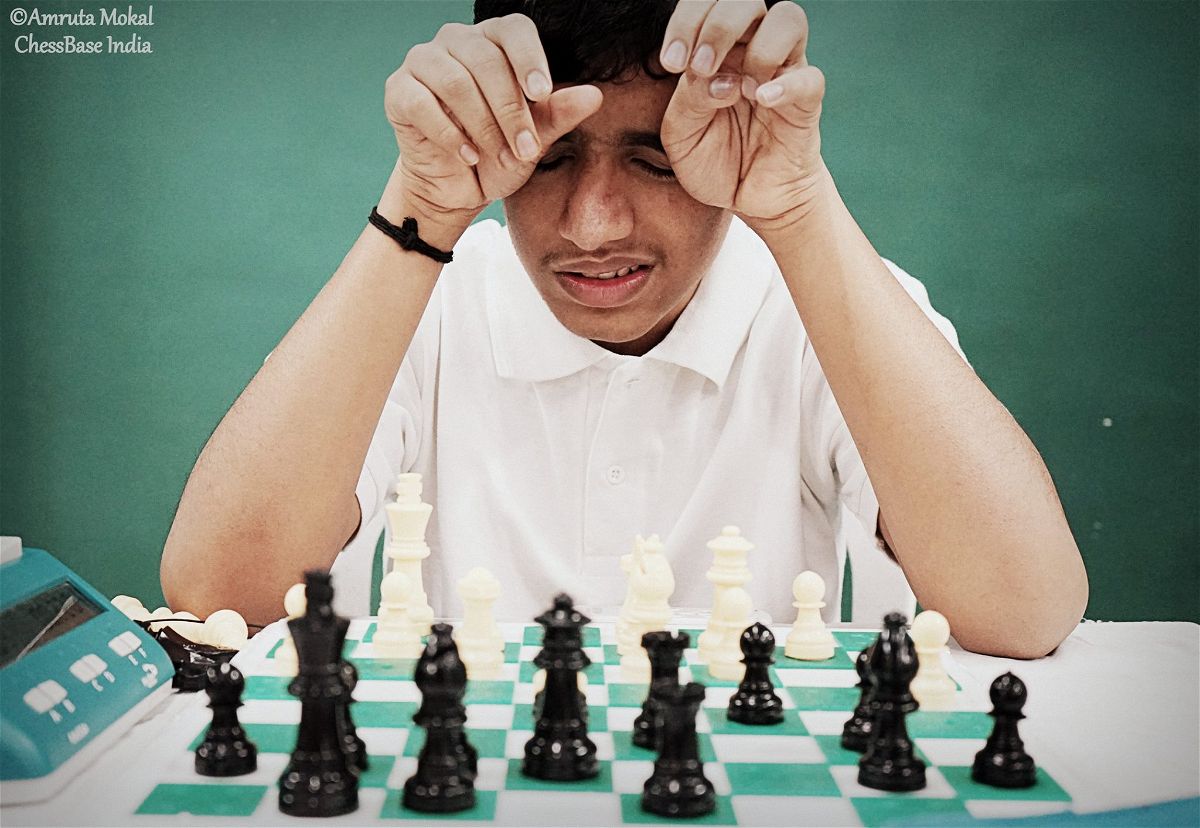 Aryan Joshi from Mumbai is currently in the second spot with 6.0/8. He won a very nice game against Gaurav Gadodia in the eighth round. 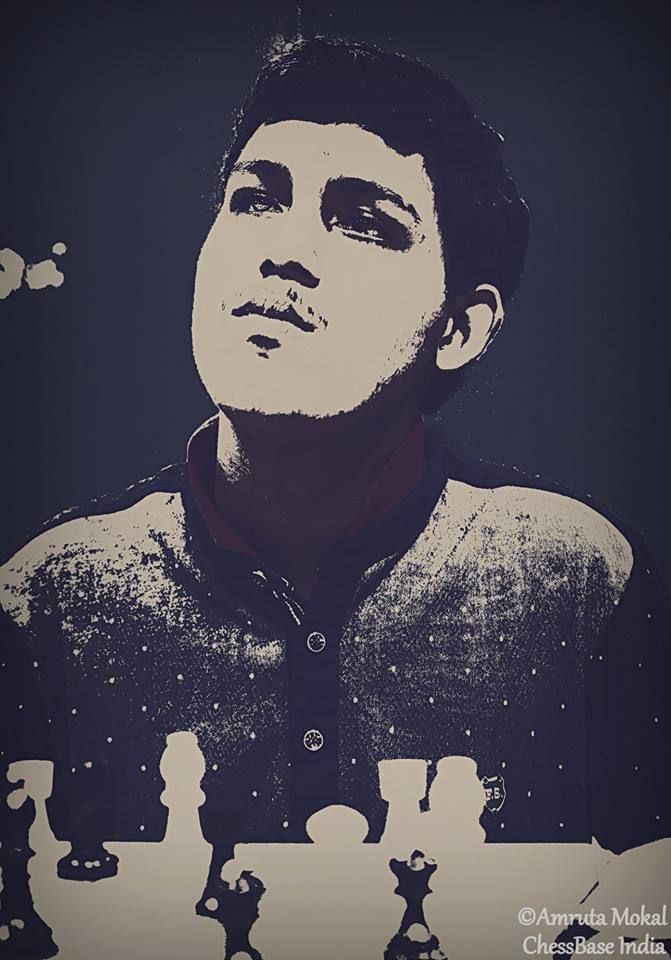 Yudhajeet De true to his name fought hard when he was pitted against his brother Deeptyajeet. It speaks volumes about the mental strength of the De brothers that they played each other. 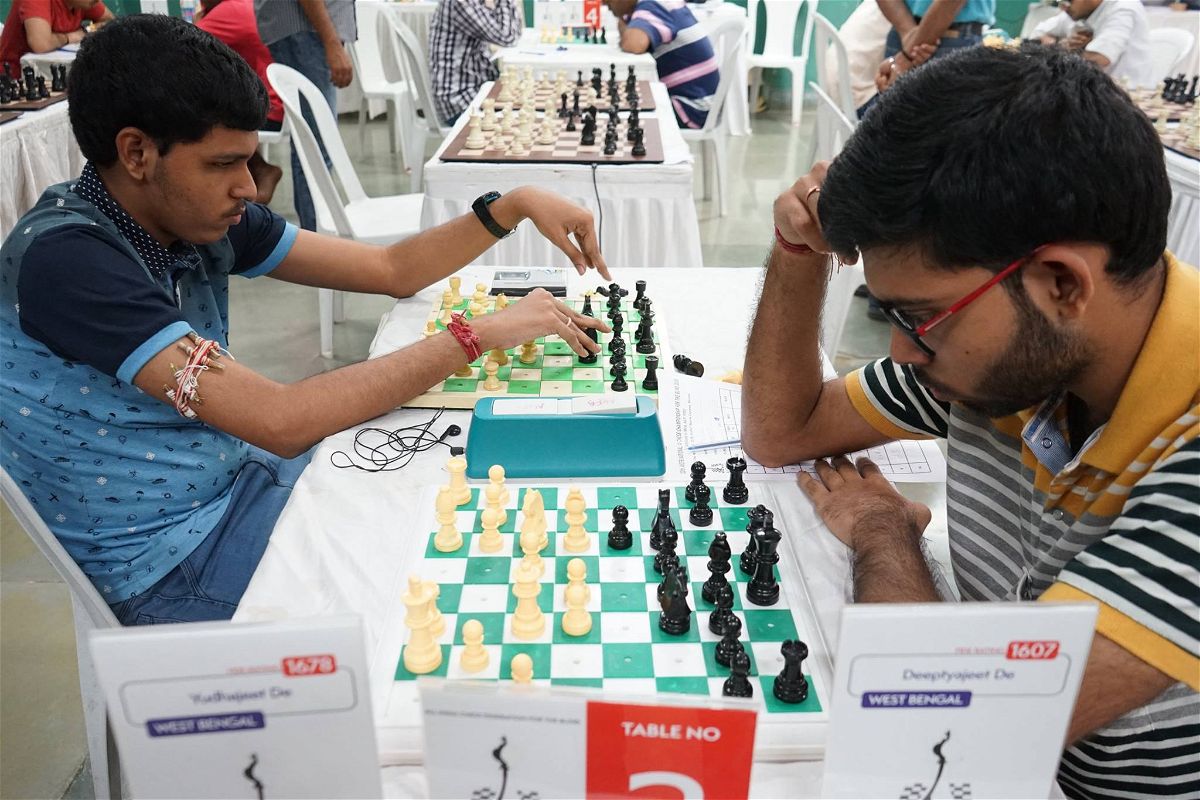 In the end it was Yudhajeet who won the game

The result didn't stop the brothers from having a nice meal together after the game! 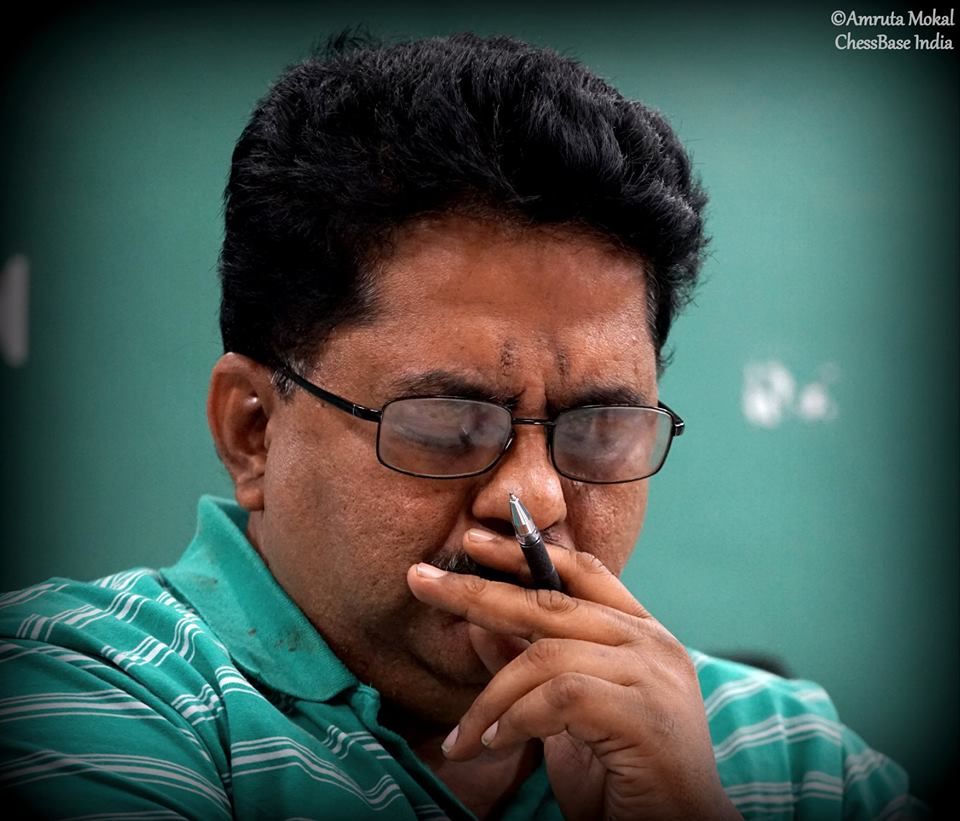 One of the stars of Shimoga, Karnataka - Krishna Udupa. This man has ensured many champions are created from the state of Karanataka like Stany, Gangolli and many others 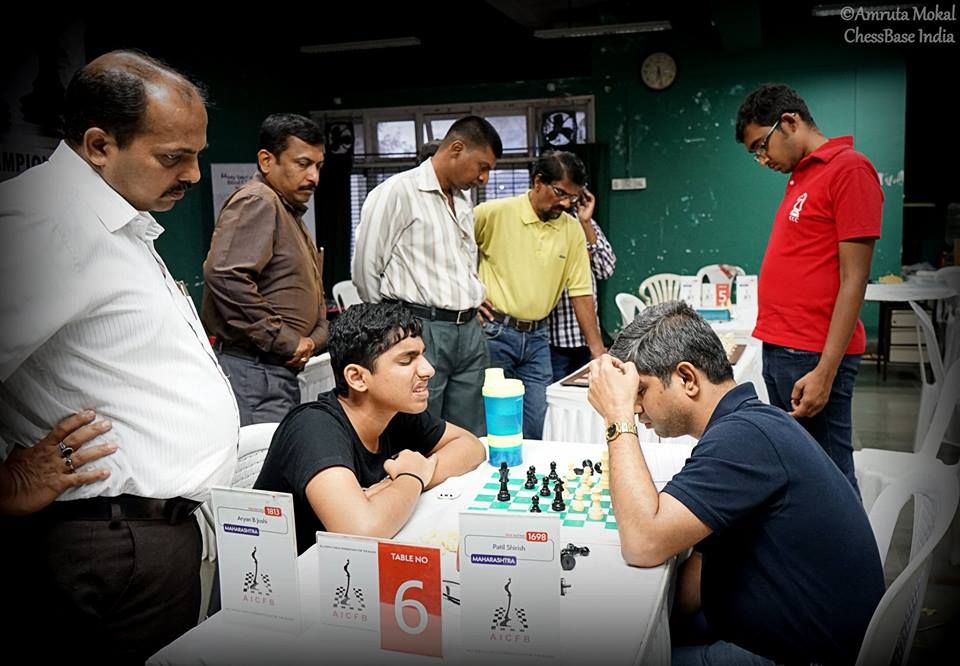 This was the longest game of the event lasting 128 moves! Aryan was on the backfoot, but Shirish lost his stamina, blundered and gave away a free queen towards the end. 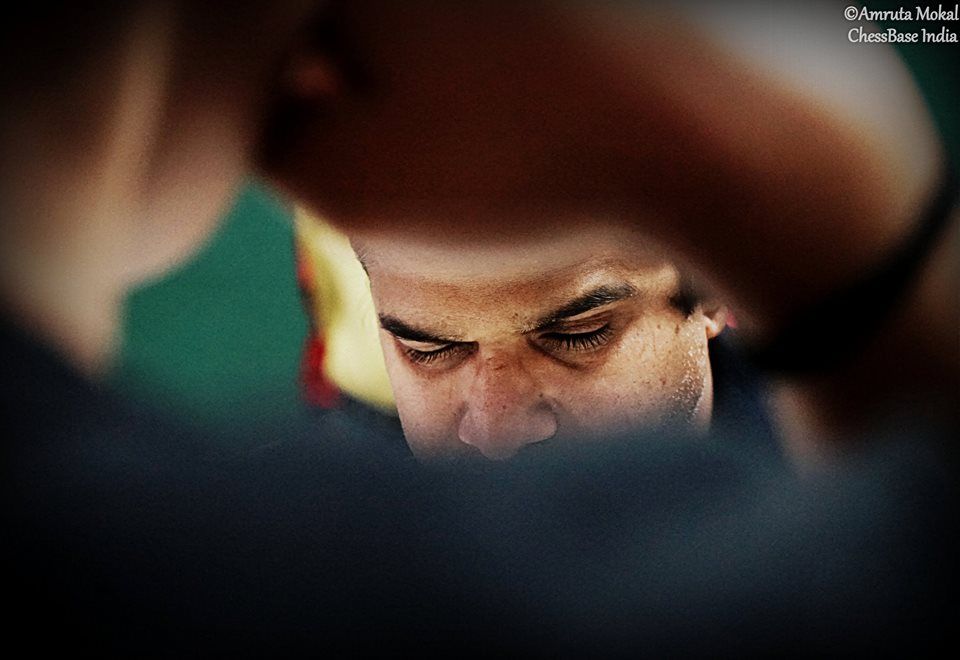 One of Amruta's excellent shots! 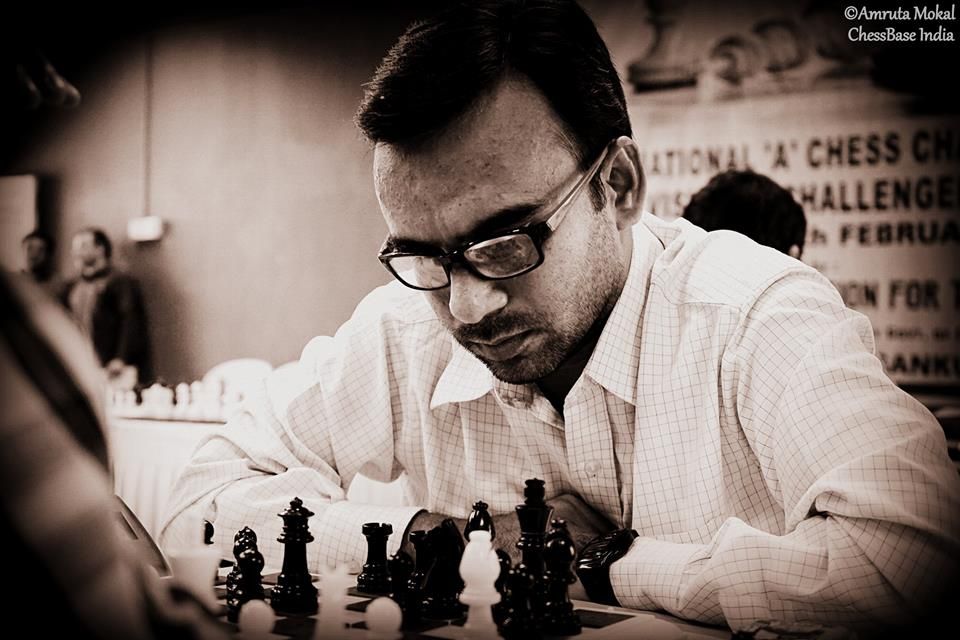 Ashvin Makwana is currently in number three spot with 5.5/8 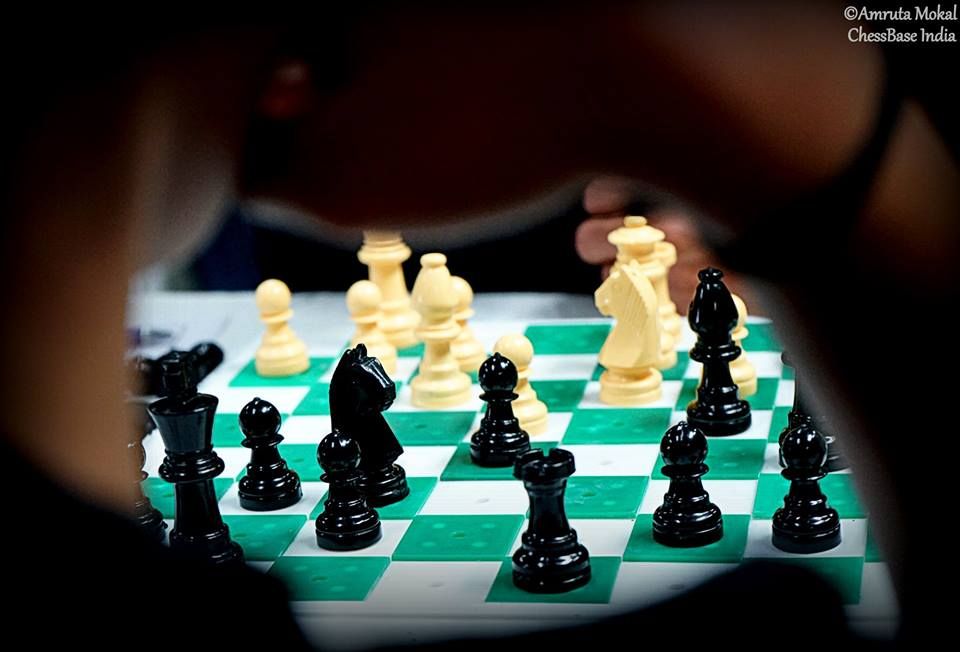 We try to find every angle to see the position, while they are sitting in the front row and unable to see anything! 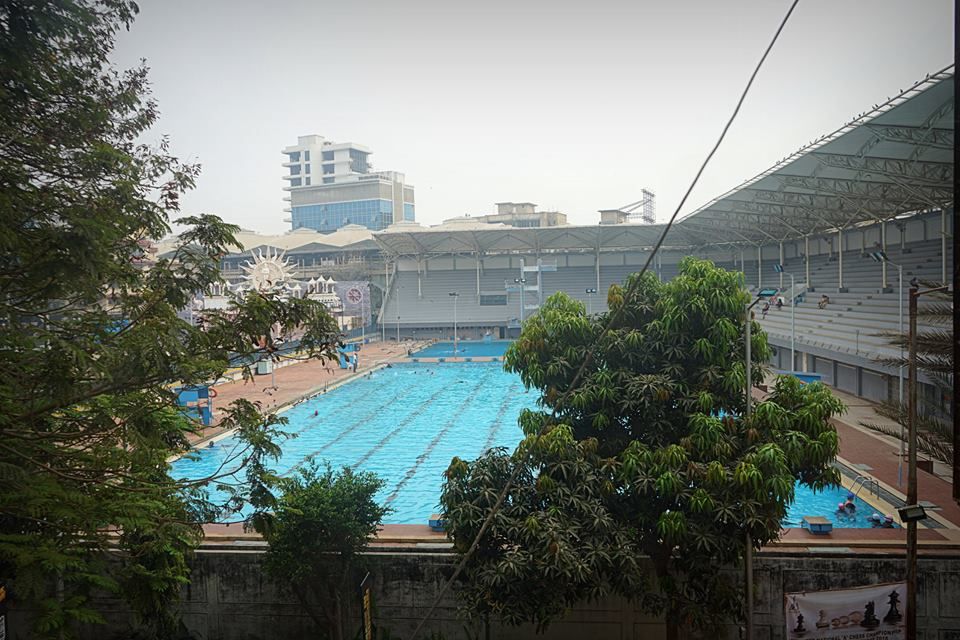 Andheri Sports Complex has a world class swimming pool and a football stadium with excellent facilities of table tennis and badminton and just about every sport. Why not make a dedicated chess room as well? 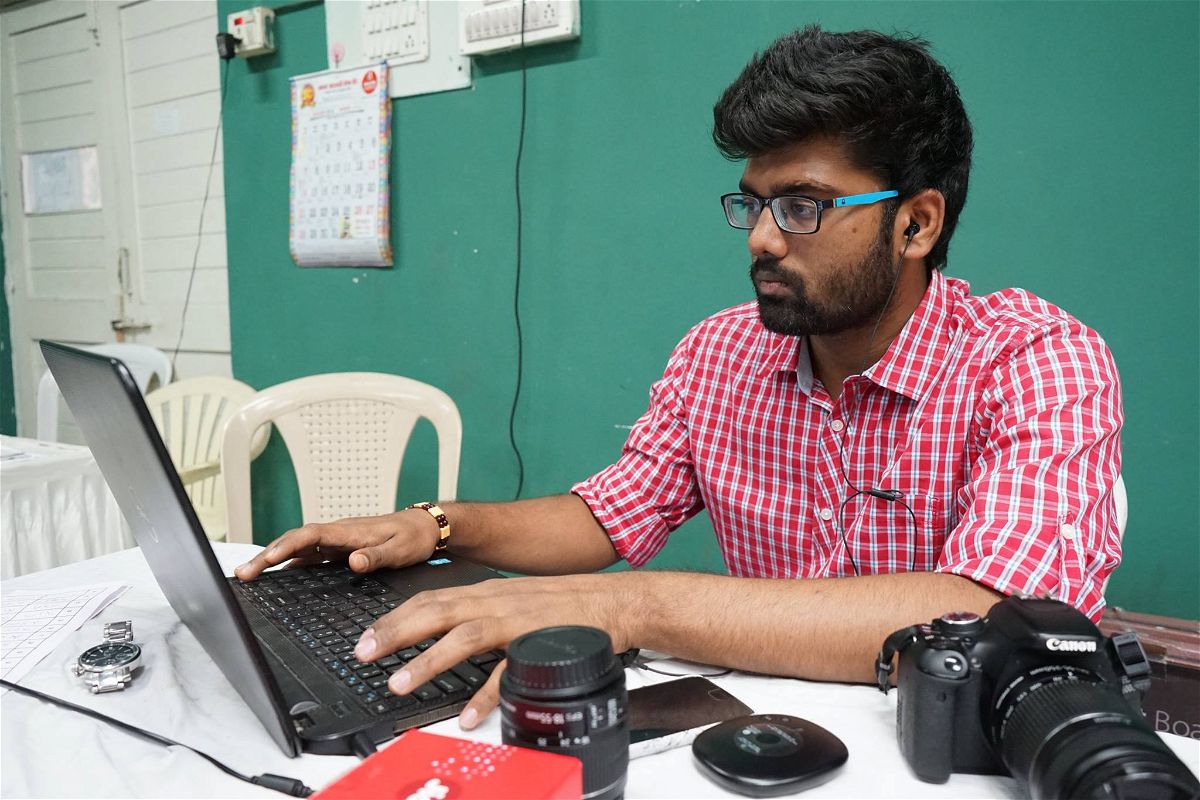 The man who is responsible for building up the Radio Chess App. Do download it from the playstore for some amazing content related to chess.

I conducted the workshop on how to use ChessBase. But it was not just one way. They suggested me the improvements that needed to be made in order to make ChessBase more accessible.

The Pradhan family enjoys a nice quiet meal at the end of a long day! Prachurya and Soundarya play each other in round nine. 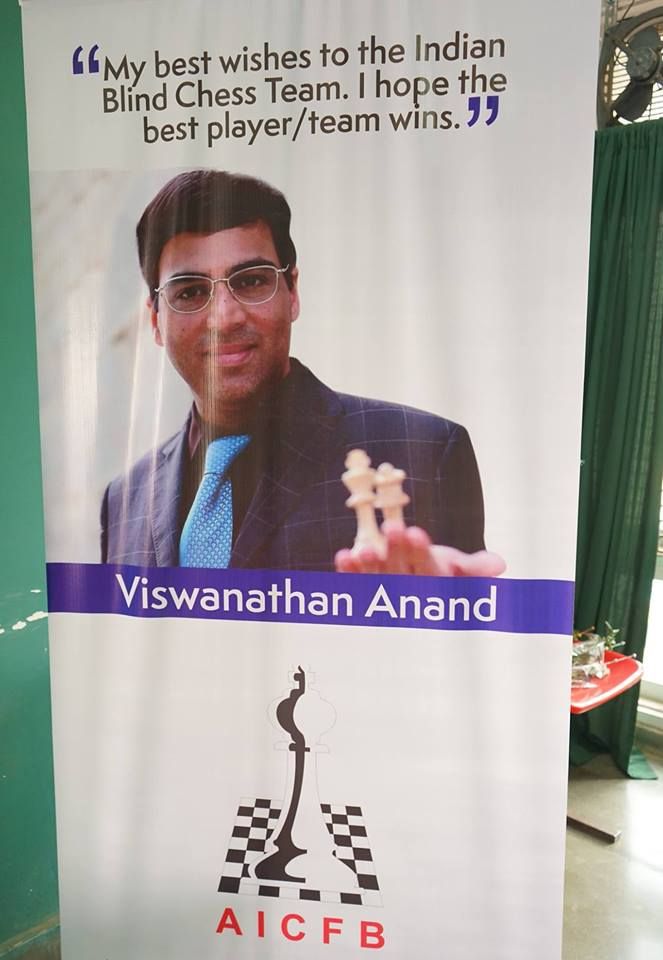 And that's the reason why we all love Vishy Anand!