Vidit Gujrathi is the brand ambassador for blind chess in India

23-year-olds on non-working days are supposed to be having fun with their friends, or go out shopping or just having a relaxed time. But not Vidit Gujrathi. India's latest chess sensation proved that he was not just an excellent chess player (his rating of 2726 justifies this), but he is also a wonderful human being as he pledged his time and effort to spreading blind chess in India. He will be the brand ambassador of the All India Chess Federation for the Blind (AICFB) and his main task will involve boosting the morale of the visually challenged players and spreading awareness about them. Truly, a great young visionary.

He is just 23 years old but he understands the meaning of giving back to the society. "Chess has given me a lot", says Vidit, "This is my way of giving back to the game." On 9th of February 2018, India number three Vidit Gujrathi became the brand ambassador of All India Chess Federation for the Blind (AICFB) and he would be work to promote blind chess across the country. The pictures below tell you the story of how Vidit spent his time with the visually challenged players. 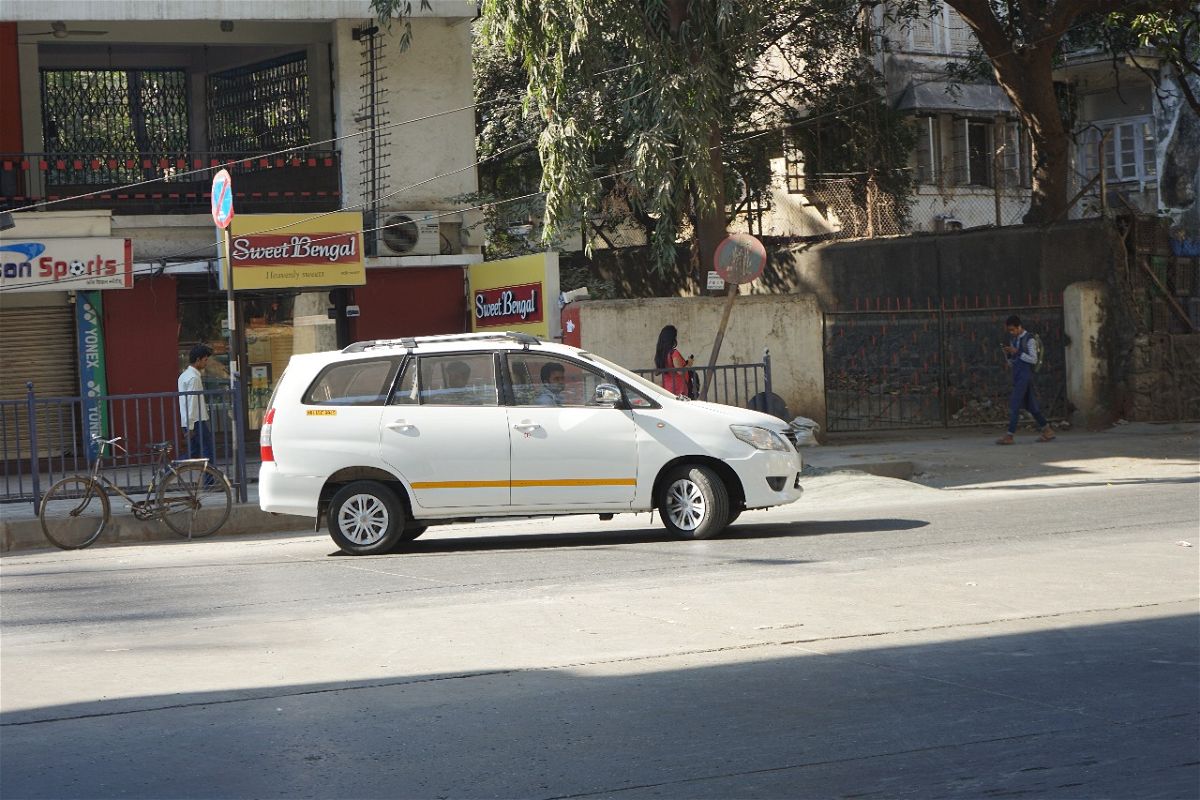 Vidit arrives in a car at the Andheri sports complex 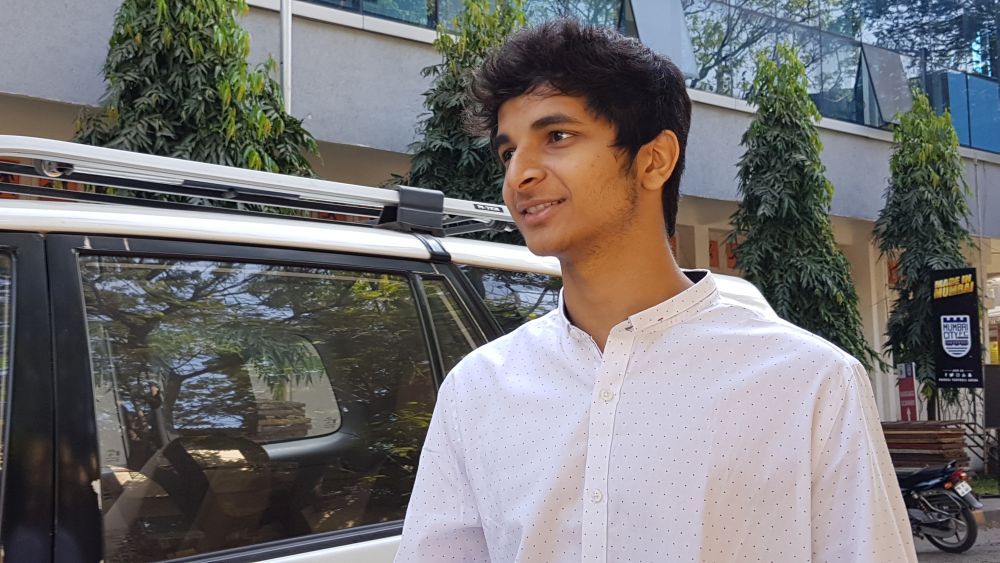 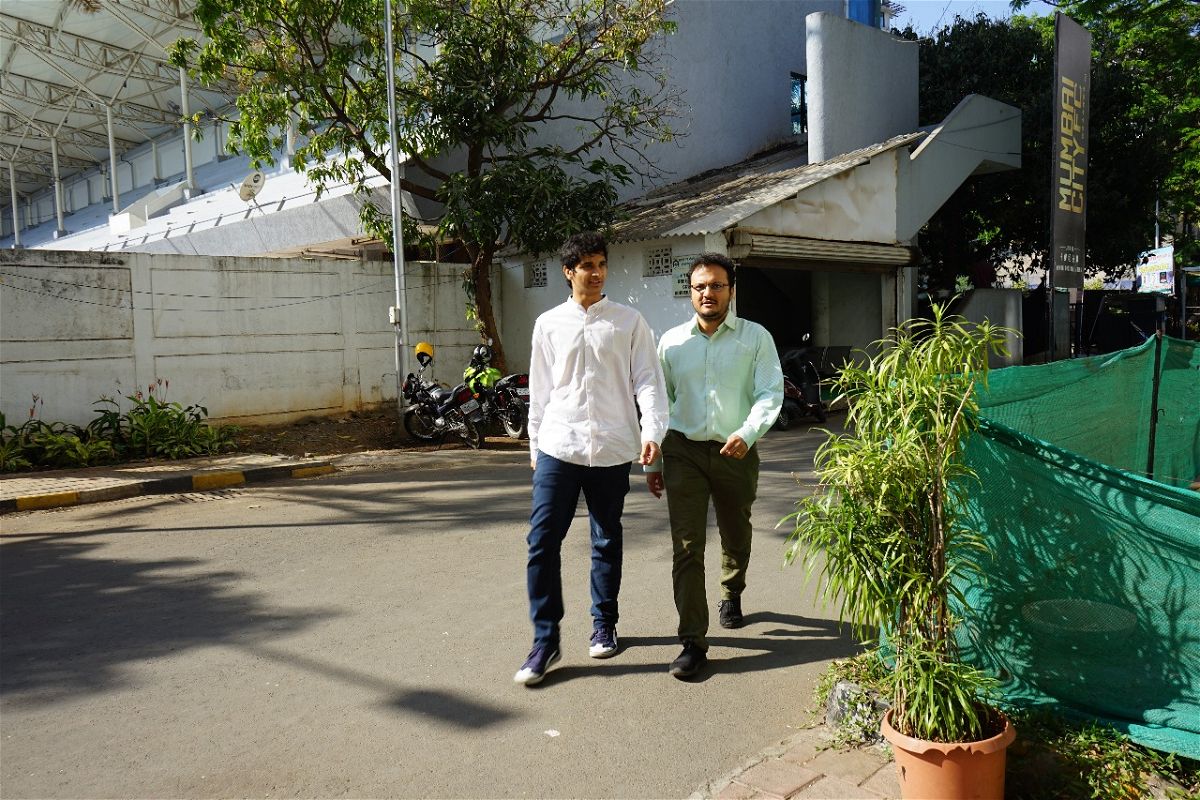 Vidit has the Aeroflot Open 2018 beginning in a week's time in Moscow where he would be the top seed. Yet, the GM form Nashik made sure that he spent time with the players. 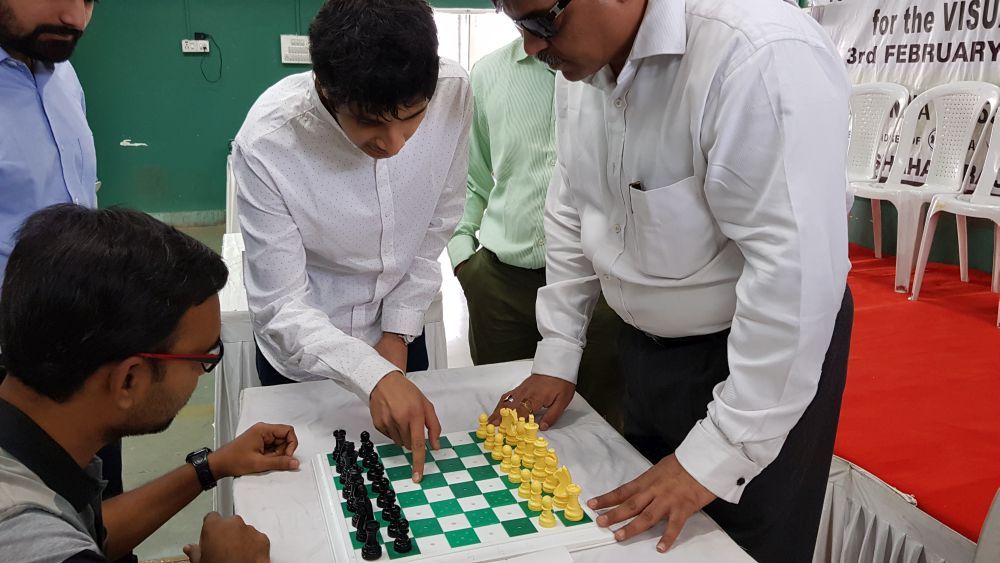 Vidit is explained the various intricacies of the braille chess board by Charudatta Jadhav. The dark squares are a tad higher than the light squares and the black pieces have a dot on top of them so as to differentiate them from white. 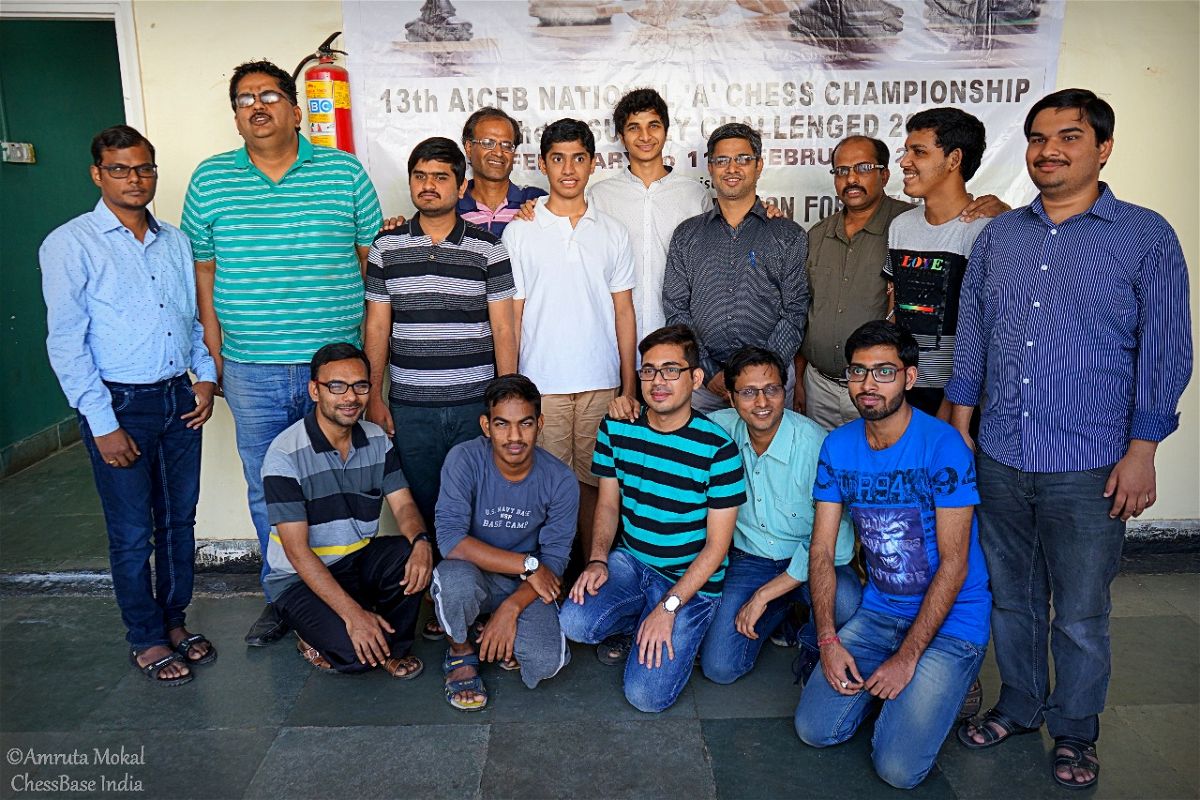 A group picture with all the fourteen players

Speaking to ChessBase India, Vidit said, "Chess has given me a lot in my life. I want to give back something to the game." He also added, "The most important thing for blind players is that they should be given opportunities. They should be given a chance to prove themselves. My task will be to bring the visually challenged players in the lime-light. Even if I can make a small difference I would be happy.

Vidit's trip to National A 2018 covered in five minutes!

Have you got your India t-shirt yet? If not you can order them from our online shop now without any shipping charges:

Vidit with the ChessBase India team!

Kishan Gangolli created history when he won his fourth consecutive national title last year. He continued from where he left scoring 10.5/13 remaining undefeated and becoming the national champion for the fifth time. 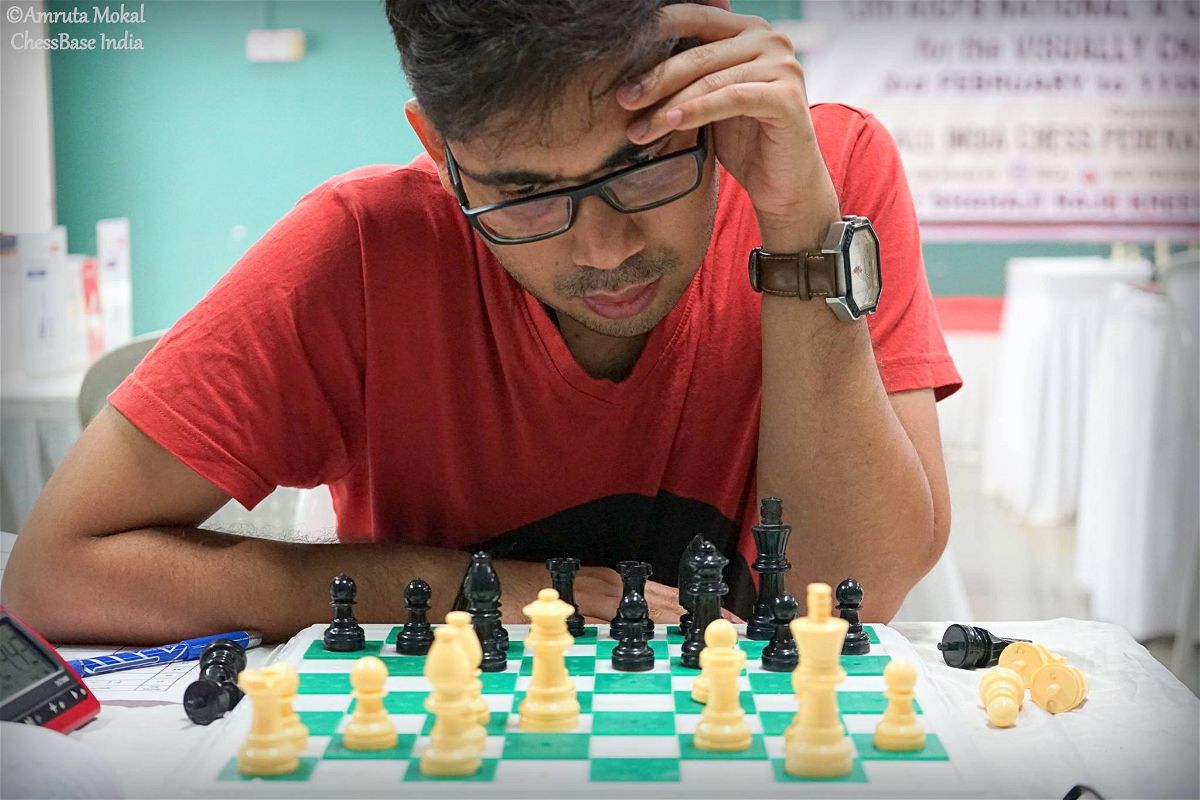 The tournament was not as easy as Kishan would have liked as he had minus positions against both Aryan Joshi and Ashvin Makwana.

The top five players of this tournament will form the Indian team for the World team Championship to be held in Bulgaria in July. The World Team Championship consists of top 16 teams from the World Blind Olympiad held in 2017. As India finished seventh, we will be sending a team to the tournament. Kishan Gangolli, Ashvin Makwana, Soundarya Pradhan, Aryan Joshi and Subhendu Patra are the players who have made it to the team.

Soundarya Pradhan, Aryan Joshi and Prachurya Pradhan are the three players who have been selected for World Juniors to be held in Poland later this year.

Full report on the final closing ceremony will follow soon.