It was a day of upsets at the Women's National Premier 2017. Padmini Rout who seemed to be on course for her fourth consecutive title was stopped in her tracks by Meenakshi Subbaraman. Meenakshi played a great game of chess, with almost no errors. However, we think Padmini could have improved her play and we show you this critical moment in the game with some deep analysis. Padmini's loss meant that it is now a four way tie at the top - Padmini, Meenakshi, Soumya and Nandhidhaa. The National Women's Premier is alive and kicking! 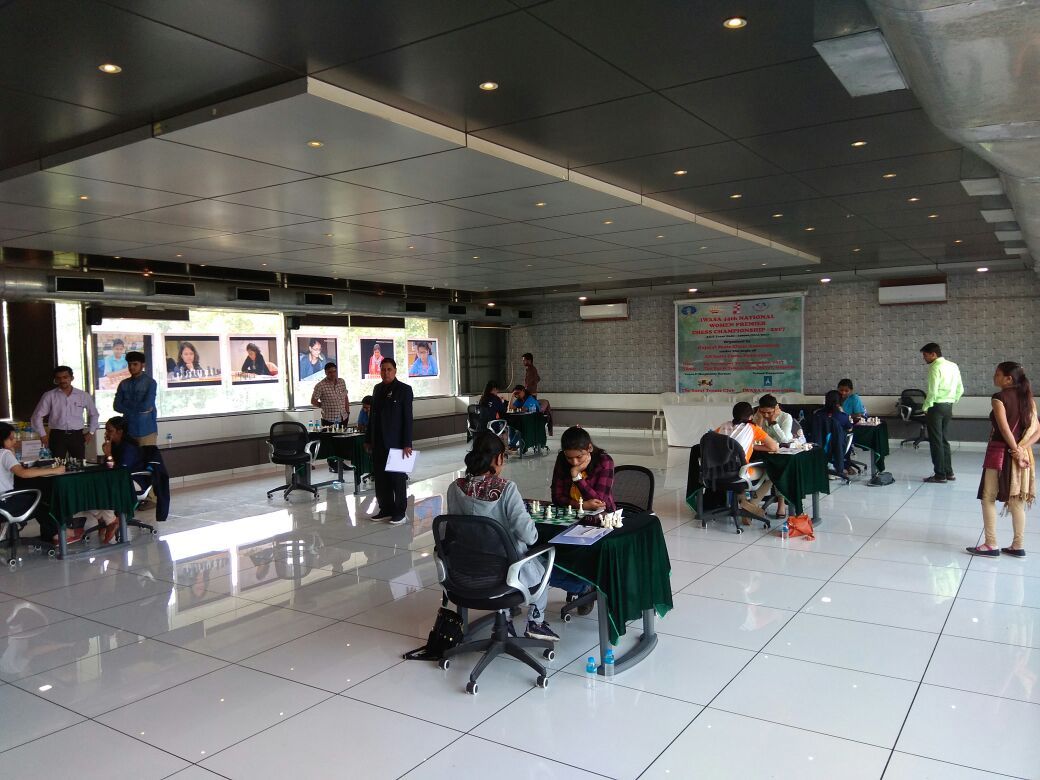 After an entertaining rest day, few players seem to have found some rejuvenation in their game approach. The first surprise was the flawless win by Air India’s Meenakshi over the defending champion IM Padmini Rout of PSPB. In a slav setup Meenakshi posted her two rooks and knight so well in the middle game. The transition to endgame was so smooth, tying her opponent totally and catch up the leader at the top. Meenakshi joins Padmini at 5 points.

Padmini Rout vs Meenakshi, round 7 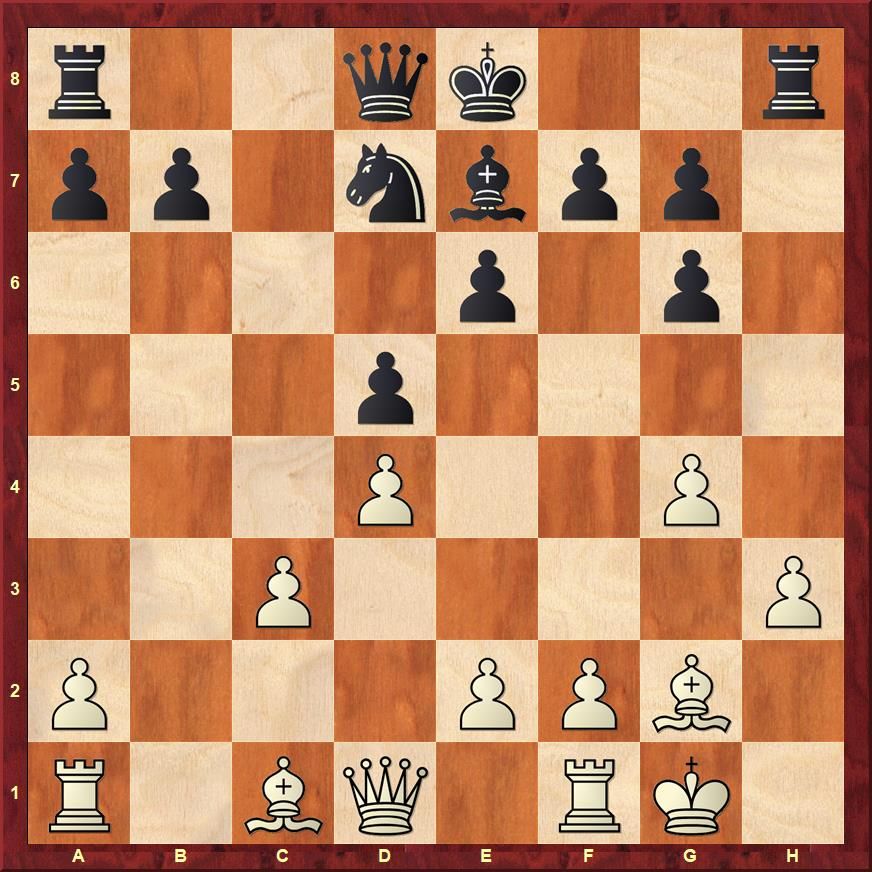 This is perhaps the most crucial position in the game. It is White to play. What would you do here?

Padmini went for the move Bf4. There is nothing wrong with such a developing move apart from the fact that Black was able to play Nb6 and have complete control on the light squares. It was important to fight the tide here and find the move 14.e4! 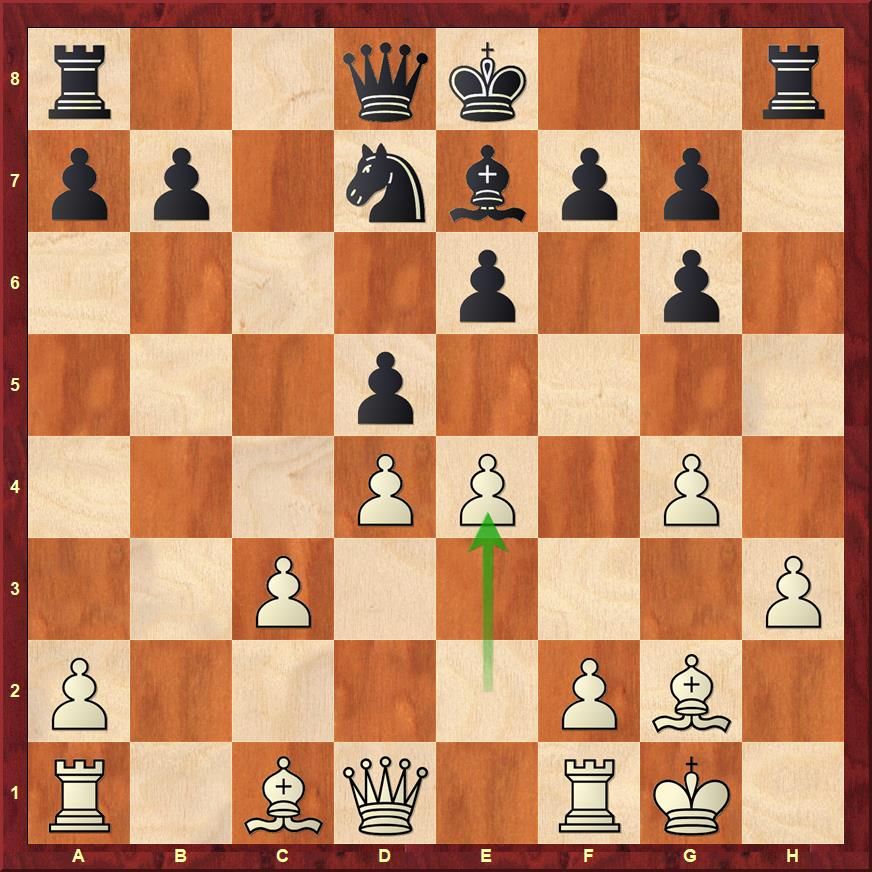 Good or bad, this move had to be made. The main point being that if Black was able to get Nb6 and control as in the game she would be completely better. So Padmini had to take the bull by the horns, sacrifice her h3 pawn, but get good breathing space for her bishops. Check out the analysis below to get a better idea. If your assessments differ, do let us know in the comments section below:

The second surprise was a good game by Swati Ghate who beat Mary Ann Gomes in 48 moves of Sicilian Rossolimo. Swati playing steady chess and room for black to play with. Down by 30 seconds, Mary lost an exchange on 26th move and was unable to make a come back despite giving a few checks with her queen. Swati catches Mary on having 3.5 points.

Former World Junior Champion WGM Soumya garnered her major pieces towards the king of Srishti Pandey and won the game in 50 moves. Opting for the queen pawn move Soumya faced Grunfeld defense by her opponent. She won a pawn on the 33rd move, converted into a point and joins Padmini & Meenakshi on 5 points.

Commonwealth U20 bronze medallist Sakshi Chitlange capitalized on a pawn blunder by LIC’s Kiran on the 24th move and won another pawn in 31st move. Kiran was forced to resign in the 50th move when she was about to lose an exchange.

Balakannamma and Bhakti were involved in minor piece endgames from the Spanish Ruy Lopez. The pawn chains were intact, making difficult for both to try any complication and a draw agreed in 70 moves. Meanwhile, Nandhidhaa outplayed debutant Samriddhaa Ghosh in a pawn up minor piece ending in 62 moves and catching up with leaders.

Ranking crosstable after round 7