The national under-13 is currently in progress in Visakhapatnam, Andhra Pradesh. Indian chess scene for this age category is quite vibrant amd hence this national championship assumes even greater importance. V.Pranav took the early lead in the event with a 7.0/7 start. In the eighth round he was defeated by Pranesh. Pranesh then went on to beat Jubin Jimmy as well and with 8.0/9 has a two point lead with two rounds to go. In the girls section top seed Sarayu Velpula is clearly showing her superiority as she is one point ahead of the entire field. An illustrated report with photos from the venue by Devashree Agarwal.

The National under-13 should be the most competitive national championships in Indian circuit. That's because in the world list of players born on and after 2006, four out of the top five are Indians - Gukesh, Sreeshwan, Aditya Mittal and Leon Mendonca. However, none of them are taking part in the national under-13 that is currently taking place in Visakhapatnam. The top seed of the event is Pranesh M.

The top 10 players in the world born in 2006. Gukesh, Sreeshwan, Aditya Mittal, Leon Mendonca are not taking part. Pranesh is the top seed.  He has now reached an Elo of 2333. 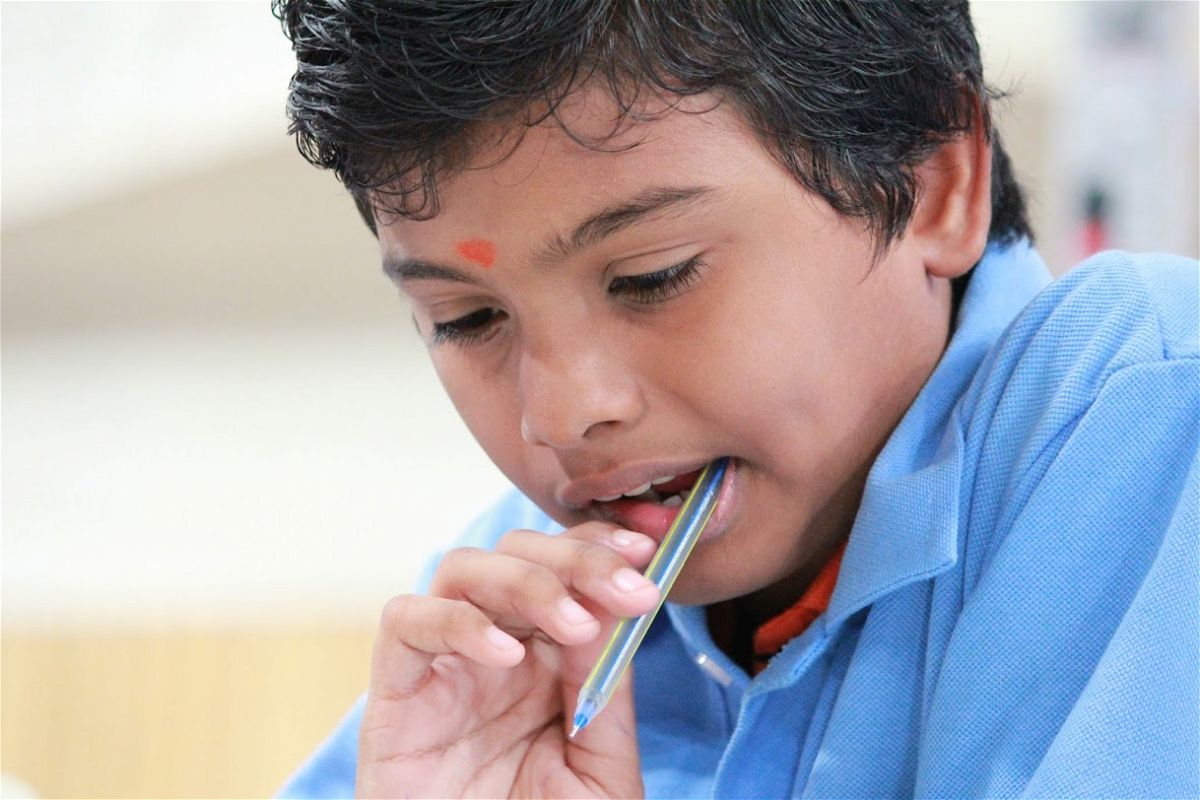 Pranesh - the top seed of the tournament | Photo: Amruta Mokal

Starting rank of the National under-13

Pranesh was going to face stiff resistance from Pranav, Jubin Jimmy and Nikhil Maghizan. There was also the young Ilamparthi who was playing in this nationals just for experience. Tbe boy is 2009 born! 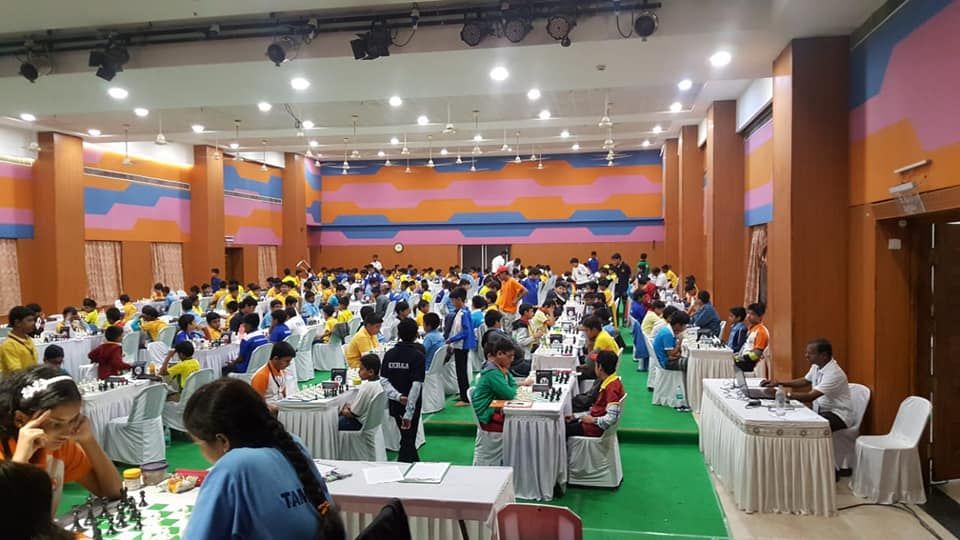 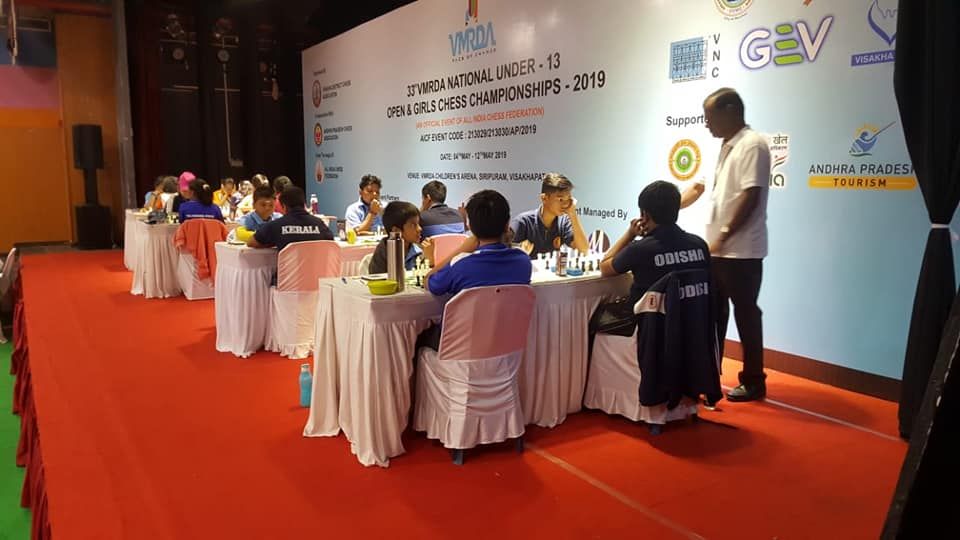 The top boards on the podium  | Photo: Devashree Agarwal 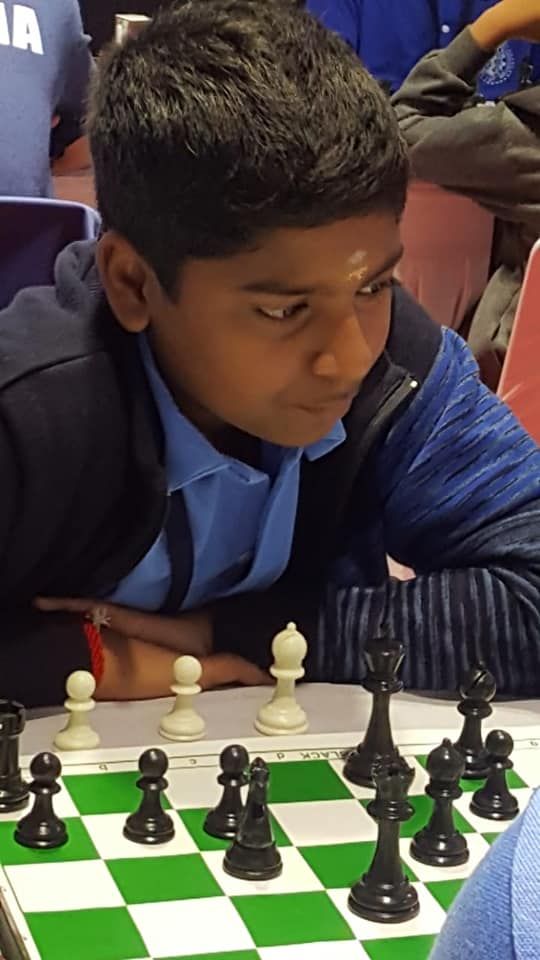 In round seven Pranav was up against Jubin Jimmy and very soon landed in a losing position. Jubin had to maintain his calm to bring home the full point. But he somehow made one error after another and from a completely winning position, slumped to a defeat. 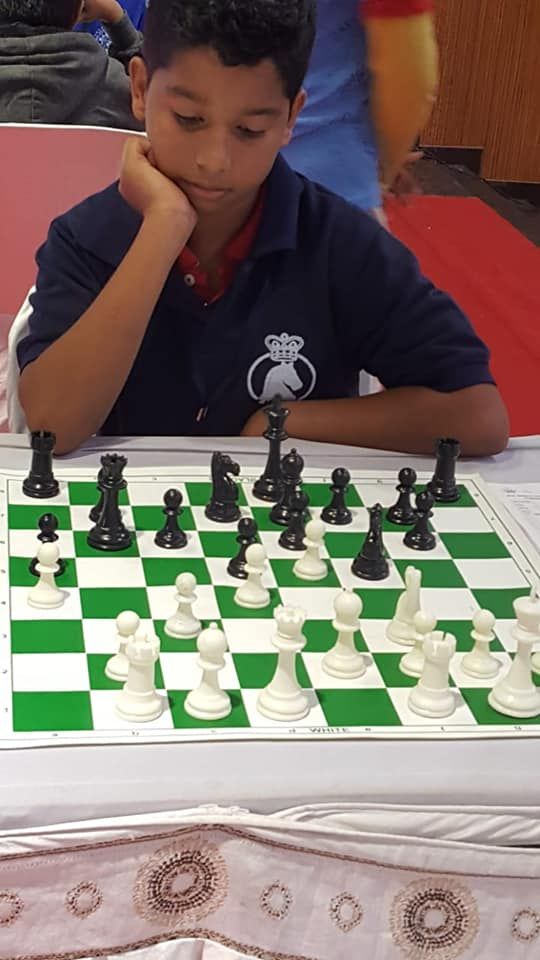 Jubin Jimmy is dubbed as the next big thing from Kerala chess after Nihal Sarin| Photo: Devashree Agarwal

Pranav slumped to a loss in the eighth round against Pranesh and the tournament was wide open once again. 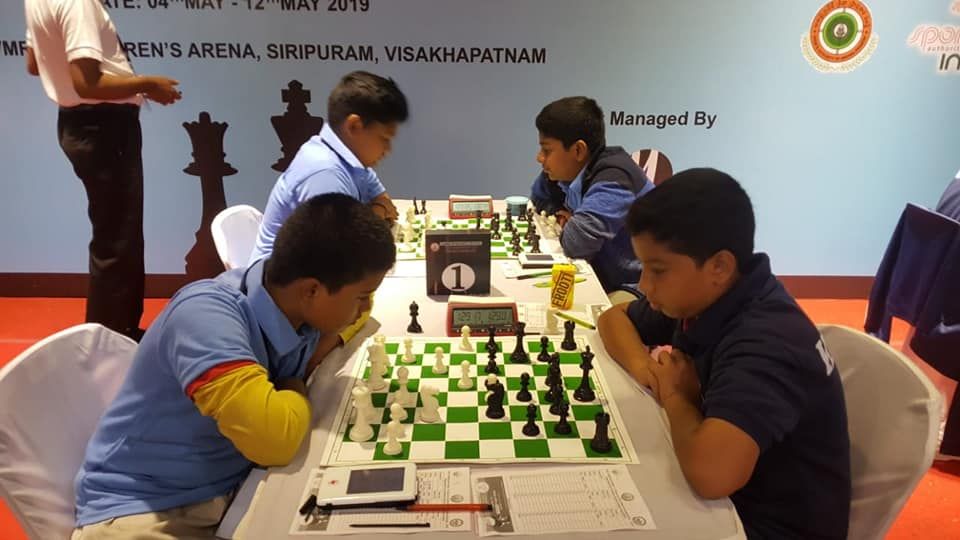 Pranesh and Jubin faced each other in round 9 and the Tamil Nadu lad played a beautiful game in the Caro Kann to beat Jubin | Photo: Devashree Agarwal 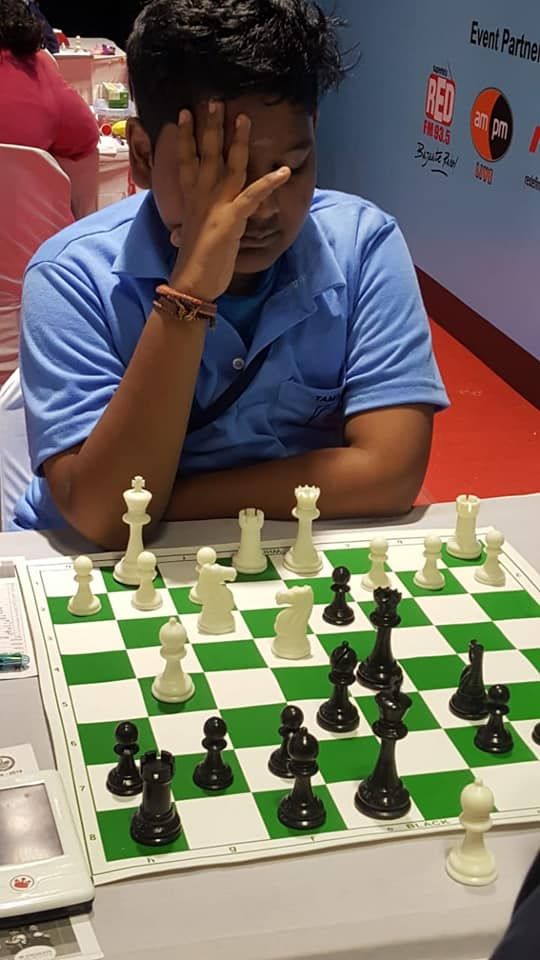 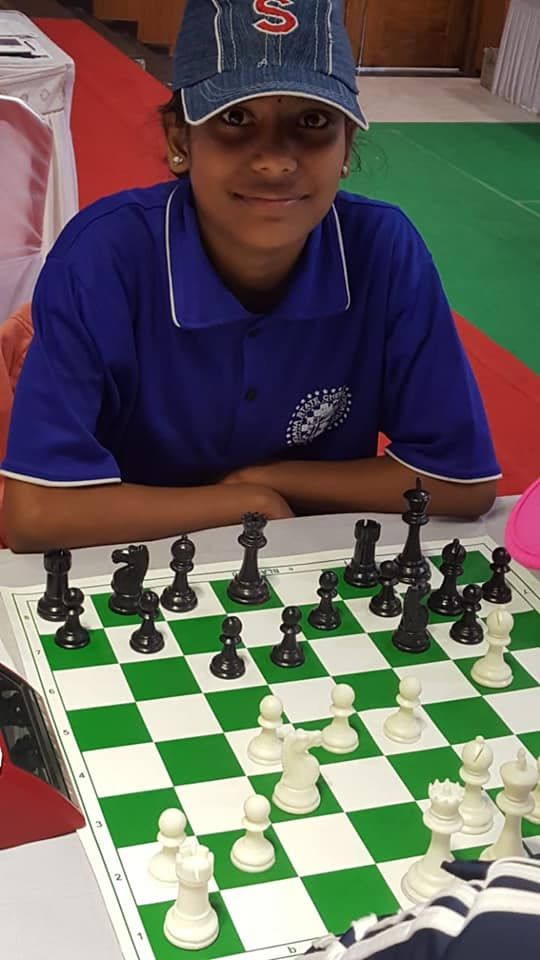 Sarayu Velpula is the top seed and she is clearly showing that she deserves the tip billing. She is currently on 8.0/9 and one point agead of six girls who ate following her on 7.0/9. Here's her nice win against Jyoti Bir where she converts the game into a win in a pawn endgame. 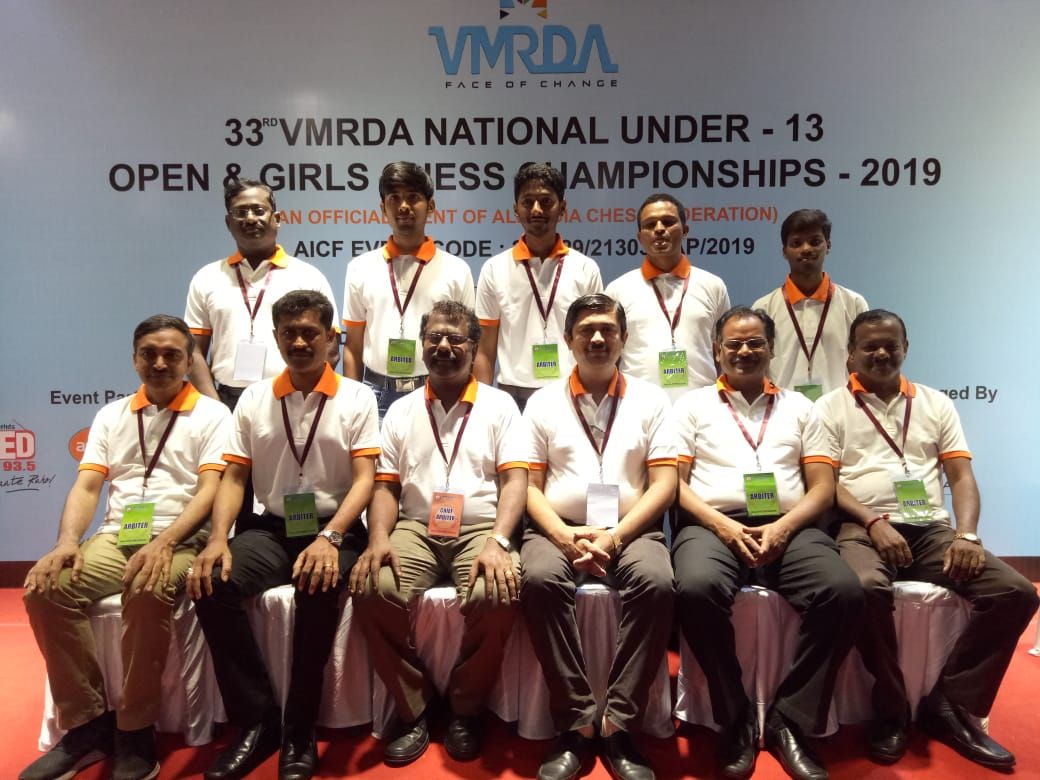 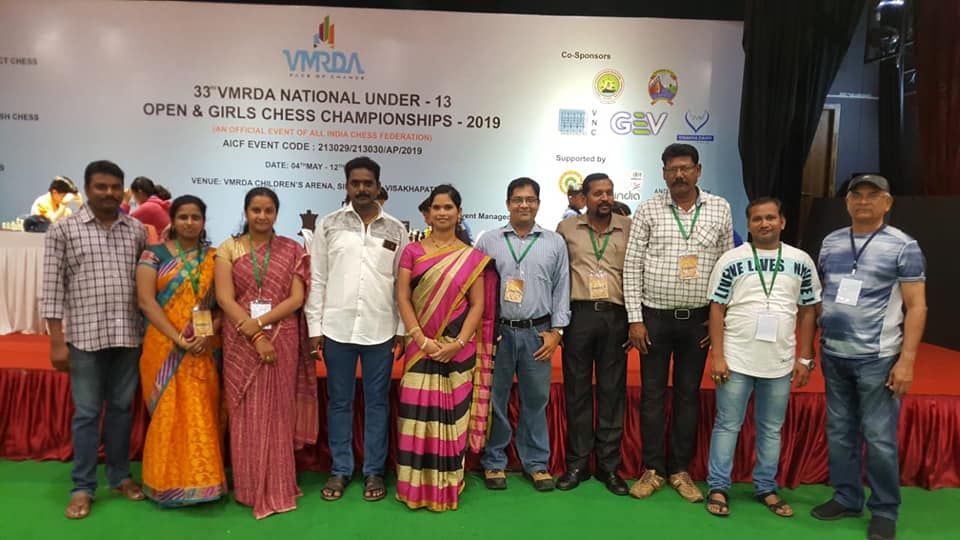