Aryan Joshi on fire at the National A for the blind

The National A for the blind is becoming interesting with four rounds having been played. Youngster from Mumbai Aryan Joshi is on fire. He has scored 4.0/4 and is leading the tournament solely with his 100% score. On the second place we have Subhendu Kumar Patra and Kishan Gangolli both of who are on 3.5/4. With Aryan, Subhendu and Kishan not having played each other, the excitement in the event will grow with every passing round. We have a report from Nagpur on round three and four by chief arbiter of the event Murthy Manjunatha.

On the 2nd board Ashvin Makawana K of Gujarat played with white pieces against Patra Subhendu Kumar of Odisha. Subhendu converted the line to Pirc Defence and played safely. Ashvin said, in the opening he missed the move order, so the position petered out to equality. There after both players didn’t want to take any risks and agreed for a draw after completing the 34th move.

On Board No-3 Krishna Udupa of Karnataka played with white pieces against Soundarya Kumar Pradhan of Odisha. In Queen’s Indian opening on 11th move Soundarya over looked a move which cost him an exchange. Experienced Udupa punished him playing accurately and smiled with victory on the 26th move.

On 4th board Aryan B Joshi of Maharashtra played with white pieces against Waghmare Sachin Lahu of Maharashtra. Sachin played Sicilian Defence in the opening. He missed a move and budding talent Aryan punished Sachin very quickly and forced him to surrender on the 26th move. Aryan’s win made him the leader. 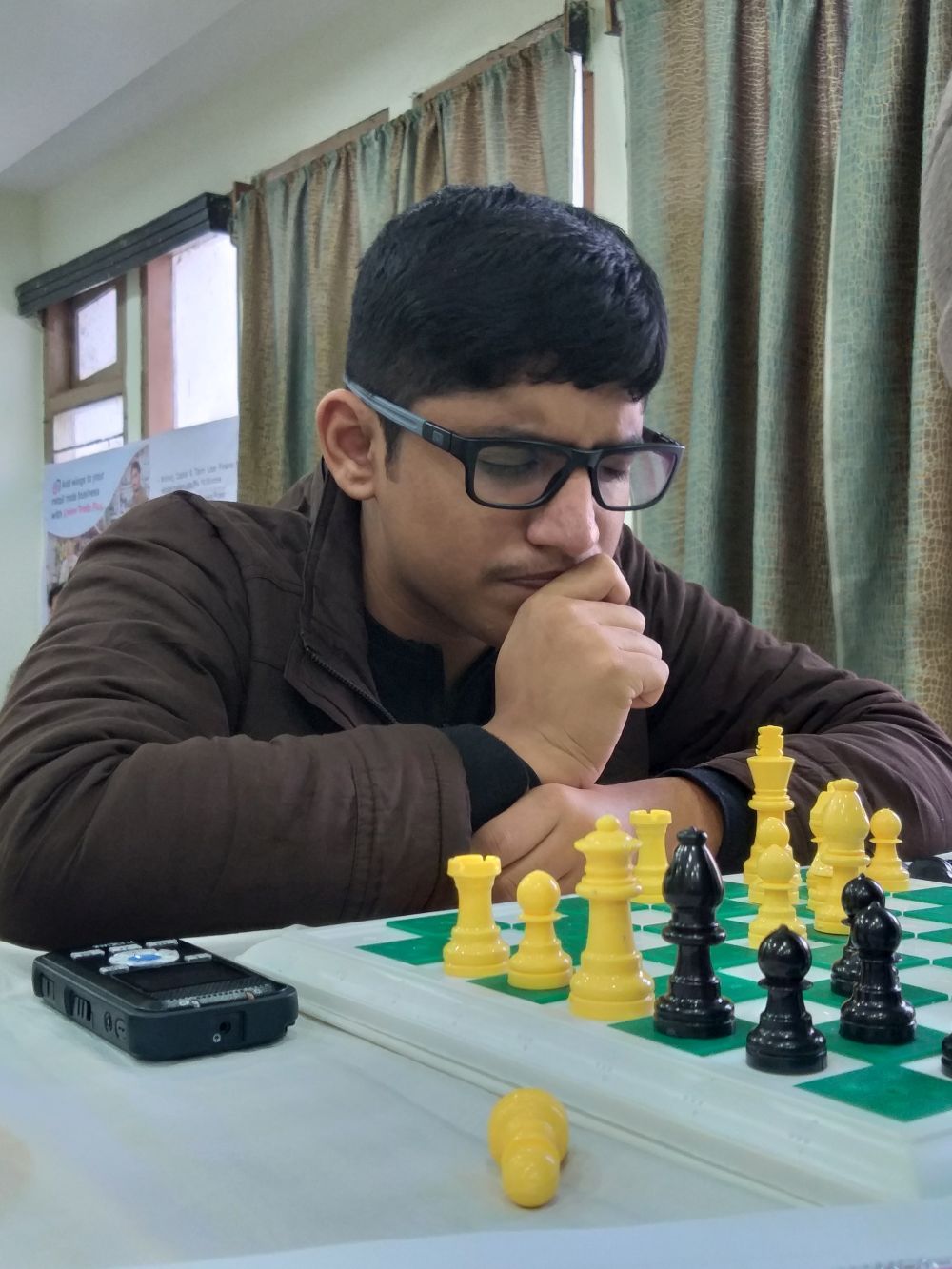 Aryan Joshi is in great form at the National A 2019 | Photo: Manjunatha Murthy

On 1st board Patil Shirish of Maharashtra played with white pieces against Kishan Gangolli of Karnataka. In the Queen’s Gambit Declined opening Shirish played safely. Asian Para games gold medal winner built up his position slowly and played on the isolated queen pawn of Shirish. Kishan succeeded to get that extra pawn on the 36th move and there after in the knight end game he won one more extra pawn. Shirish accepted his loss on the 45th move.

On 4th board Waghmare Sachin Lahu of Maharashtra played with white pieces against Prachurya Kumar Pradhan of Odisha. The battle fought between both players was equal but in the end game Sachin lost a pawn. Prachurya played very calmly and enjoyed the win on 56th move.

On the 5th board Soundarya Kumar Pradhan of Odisha played with white pieces against Aryan B Joshi of Maharashtra. Aryan played the Slav Defence. After the game he said that on the 12th move Soundarya placed his Knight on the wrong square on e5. This led to a minus position for Soundarya. Thereafter Aryan continued his form and finished the game nicely on the 24th move. Aryan is now the sole leader with 4.0/4. 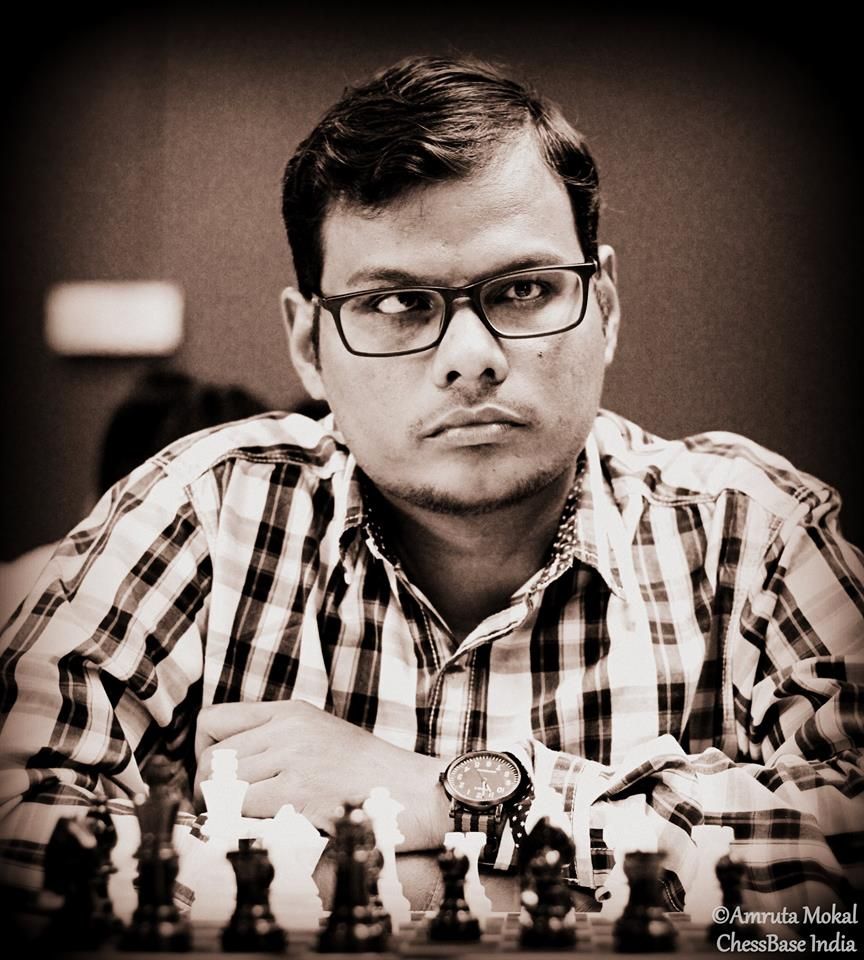 Subhendu Kumar Patra is in the second spot with 3.5/4 |Photo: Amruta Mokal 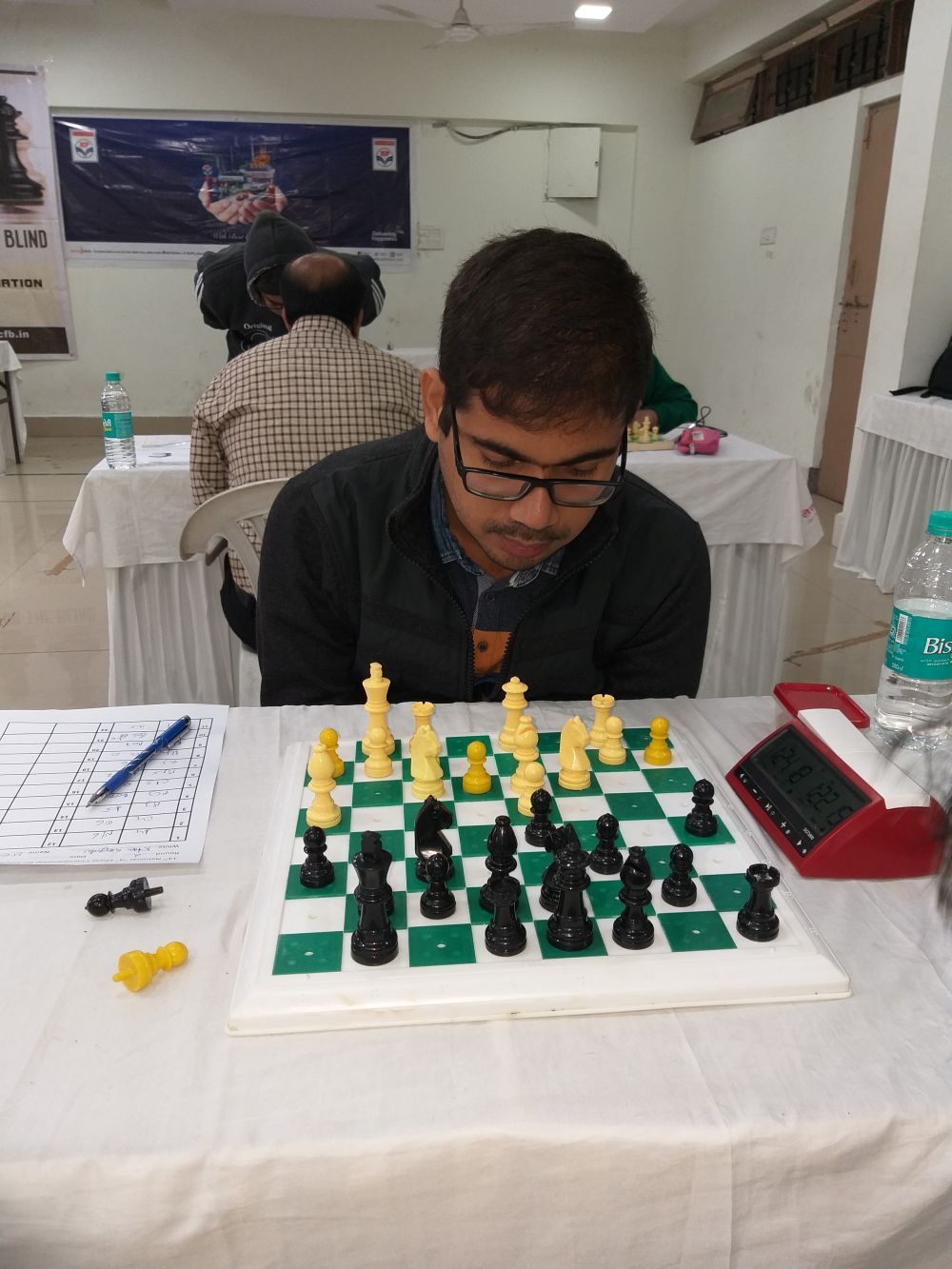 Kishan Gangolli is on 3.5/4, half a point away from the leaders | Photo: Manjunatha Murthy