GM Mitrabha Guha defeated GM Dibyendu Barua in the Final to win the first-ever Dynamo Chess Tournament. Mitrabha saw the Dynamo Chess for the very first on the same day after appearing for three papers of his college exams. 16 players were invited to participate and experience this new chess variant first hand. Total prize fund was ₹10300. Top three prizes were ₹5100, ₹3100 and ₹2100 along with a trophy each. The prizes were named 'Genius Award' by the inventor of Dynamo Chess, Mr. Pradeep Sadani who also witnessed and enjoyed the exciting games. The tournament featured various current and former State, National and International champions and Gold medalists. Photo: Shahid Ahmed

India's 72nd GM Mitrabha Guha won all his games to win the first-ever Dynamo Chess Tournament. It was played in Knockout format due to time constraints. Mitrabha defeated Shounak Mazumder in the Round of 16. Then he defeated Utsab Chatterjee in the Quarterfinals. He beat his toughest challenge of the event, Kaustuv Kundu in the Semifinals. In the Finals, he beat GM Dibyendu Barua who is also one of the first coaches of Mitrabha and the person who shaped Dynamo Chess to what it is today. IA Asit Baran Choudhury was the Chief Arbiter of the event to ensure this event in future get recognized in the history books. 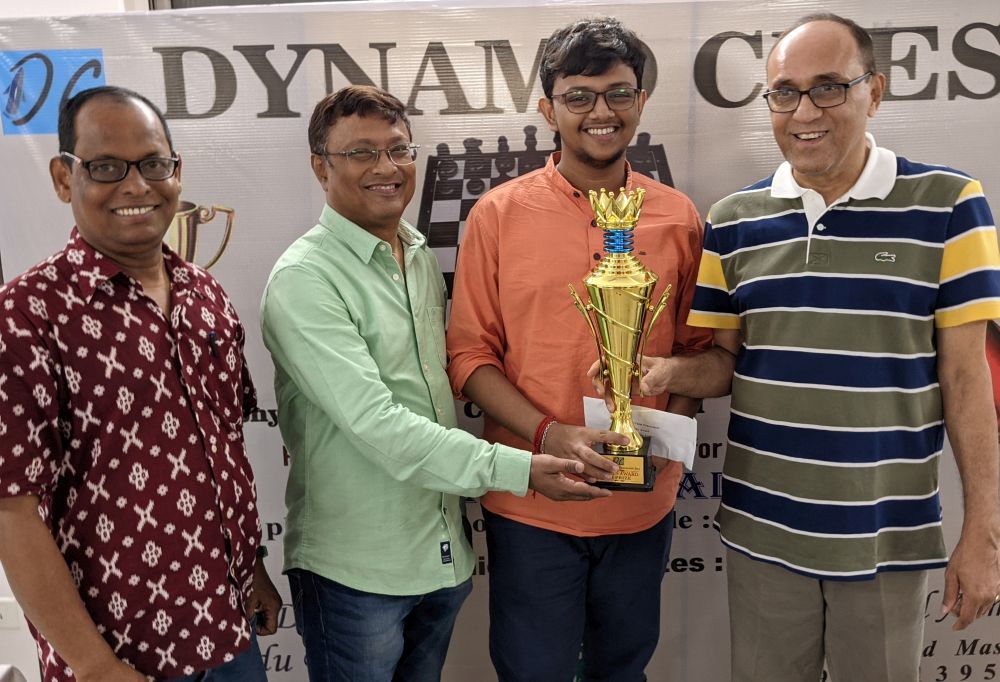 Arpan Das won against Kaustuv Kundu to claim third place, thus Kaustuv finished fourth. However, Mr. Barua decided to give his trophy and prize to the next finisher Arpan Das and thus Kaustuv received the third prize trophy and the cash. 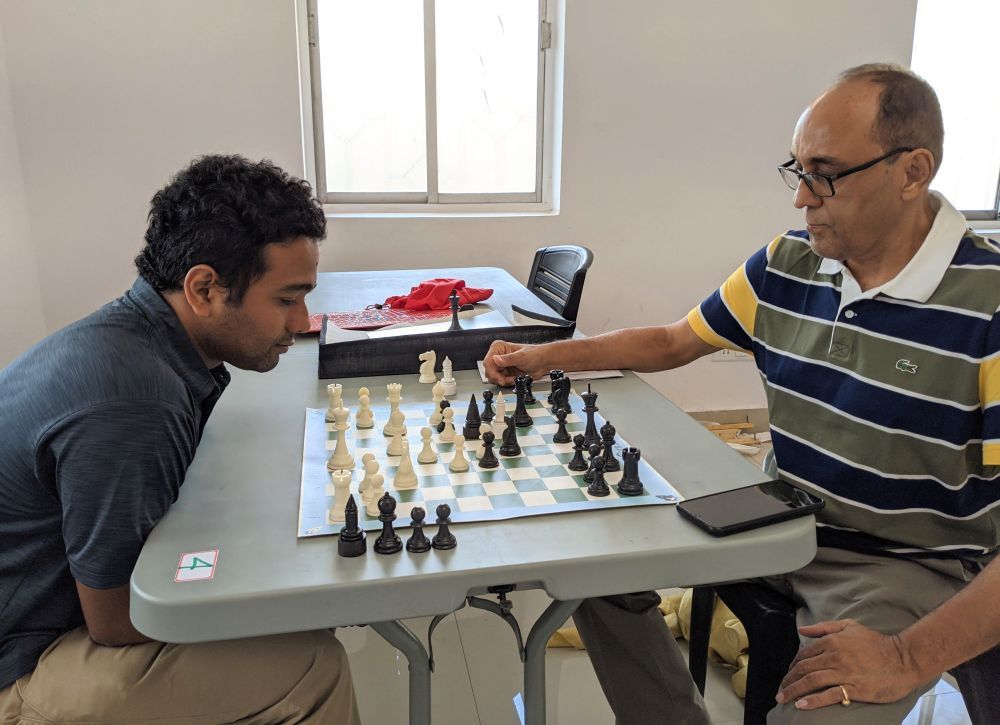 Before the tournament began, players were playing some practice matches. Out of them, the most exciting game turned out to be GM Deep Sengupta vs IM Neelash Saha. Unfortunately it did not take place during the tournament. 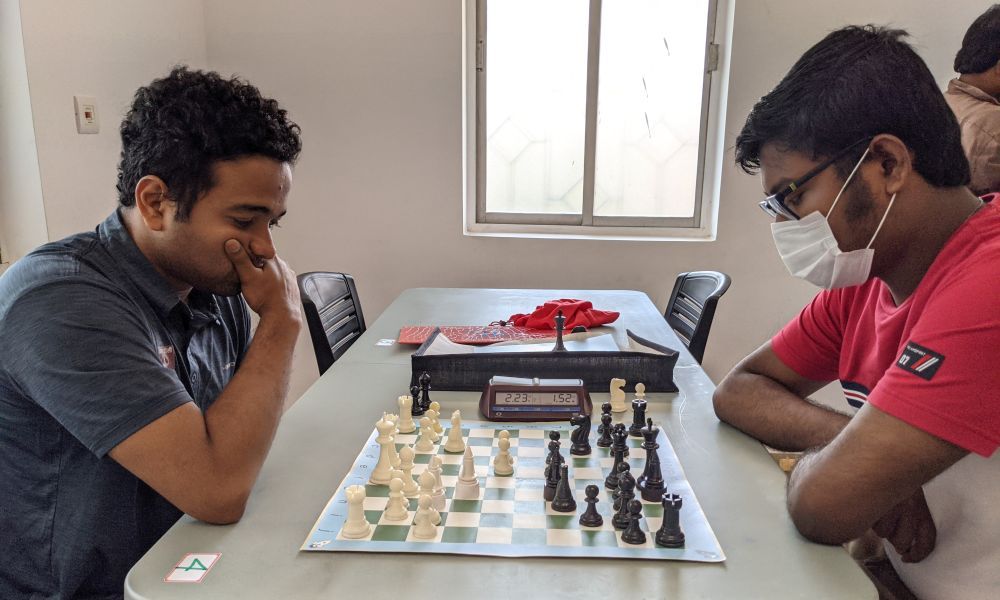 16 players were invited for the inaugural Dynamo Chess tournament. Due to time constraints, the event had to be a Knockout tournament so that players can travel and prepare for their next upcoming events. The Round of 16 or Pre Quarterfinals witnessed only one major upset - WIM Arpita Mukherjee got eliminated by Arpan Das. The round also had the first ever draw in Dynamo Chess at a tournament. Samriddhaa Ghosh held IM Neelash Saha to a draw. As per the tournament rules, Armageddon was enforced. IM Neelash Saha won Armageddon and advanced to the Quarterfinals.

Quarterfinals witnessed the clash of two out of three GMs - Dibyendu Barua vs Deep Sengupta. Reigning National (Under-14) Girls champion and National Sub-Junior (Under-16) Girls runner-up, Mrittika Mallick held Kaustuv Kundu to a draw. This was the second draw of the event. Thus, Armageddon had to be enforced which was won by Kaustuv Kundu.

GM Mitrabha Guha and GM Dibyendu Barua advanced to the Finals which means Kaustuv Kundu and Arpan Das faced each other in a 3rd-4th place match. Fun fact (Not so fun for Kaustuv): He got only black pieces in draw of colors in all five games.

Queen and the combination of both Dynamos is absolutely deadly | Photo: Shahid Ahmed

For more patterns, check out our previous article.

If you have any suggestion/feedback about Dynamo Chess or wish to develop a site/app where Dynamo Chess can be played, feel free to write here: dynamochess2020atgmaildotcom (Replace 'at' with '@' and dot with '.').