Who is the first titled player of India? Was it Mir Sultan Khan? Well, back then they did not have chess titles. Is it Vishy Anand? Anand was not even born when India got its first IM. So who was this person? It was none other than Manuel Aaron, who became an IM in the year 1961 and dominated Indian chess like no one else before. He won the national title for a record nine times and went on to represent the country at several Olympiads and also the prestigious Interzonal tournament in Stockholm in 1962. Today 30th of December 2018, is the 83rd birthday of the legend. This article is a dedication to all the work he has done for Indian chess. You will also find an hour long interview conducted with him by IM Sagar Shah in January 2018.

The period was around the 1950s. While the world had great players like Botvinnik, Tal and also the upcoming Fischer, chess in India was absolutely undeveloped. People all over the nation were playing a game that resembled chess but with no fixed rules. In such a situation arose a man from Tamil Nadu, India, who rose ahead of others to become the first titled player of the country. We are not talking about the great Viswanathan Anand. He was not even born yet. The man who brought India its first title was none other than IM Manuel Aaron. Manuel Aaron was born on the 30th of December 1935. So today this legend celebrates his 83rd birthday. India got its next International Master V. Ravi in 1978. That means Aaron was the only IM in India for nearly 17 years. He won the National title nine times.

In January 2018 when I went to cover the Chennai Open, I made sure that I visited Aaron's Arch in Adyar and interview the great chess player. These video interviews can be found at the end of the article. We spoke at length, nearly an hour, about how Aaron made his humble beginnings in the game of chess. Very soon we moved onto the world scene and spoke about the Stockholm Interzonal where Aaron had qualified and played against great players like Fischer, Geller, Petrosian, Korchnoi and many more. 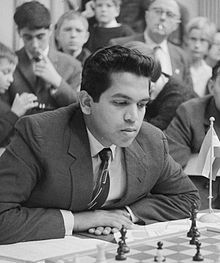 The tournament was dominated by Bobby Fischer who scored 17 out of 22 points and did not lose a single game!

Speaking about Fischer, Aaron says, "Fischer became a good friend of mine. There were 22 players at the Interzonal and only eight of us could speak English. The rest either spoke German or Russian or some other language that Fischer did not understand. Generally Fischer would stay away from groups, but here he would come and join us for some time. It so happened that Fischer was interested in India at that point. He was interested in wearing good clothes, well tailored clothes and he had heard that Indian tailors are the best in the world and so he thought about coming to India. Also at that point I had played twice against Botvinnik. Although I had lost both, in one of them I was better. Fischer asked me to show that game. Botvinnik was white and after seeing the way he played, Fischer exclaimed, "He played like a chicken! He was afraid!" I told him that Botvinnik was old and I was an unknown quantity so it was natural for him to be careful. What would you do when you are so old, I asked Fischer. "I will quit", he said. "I won't play like a chicken", pointing towards the position on the board. (laughs). I never tried to contact Fischer after the Interzonal."

Here's the game where Fischer thought Botvinnik played like a chicken!

But this was not the last time that Aaron spoke to Fischer. There was another time when Fischer and Aaron were able to revive their contact and this time it was in the late 80s and early 90s for a match between Fischer and Vishy Anand. You can hear all about it in the video interview below.

Although Manuel Aaron finished last in Stockholm Interzonal he inflicted two huge defeats against two great players - Uhlmann and Portisch. Aaron's favourite game is his victory against Portisch, where he kept an iron control on the f5 square and didn't let his Hungarian opponent achieve any active counterplay. First go through the game below on the ChessBase India replayer and then listen to Aaron's video analysis of the game. 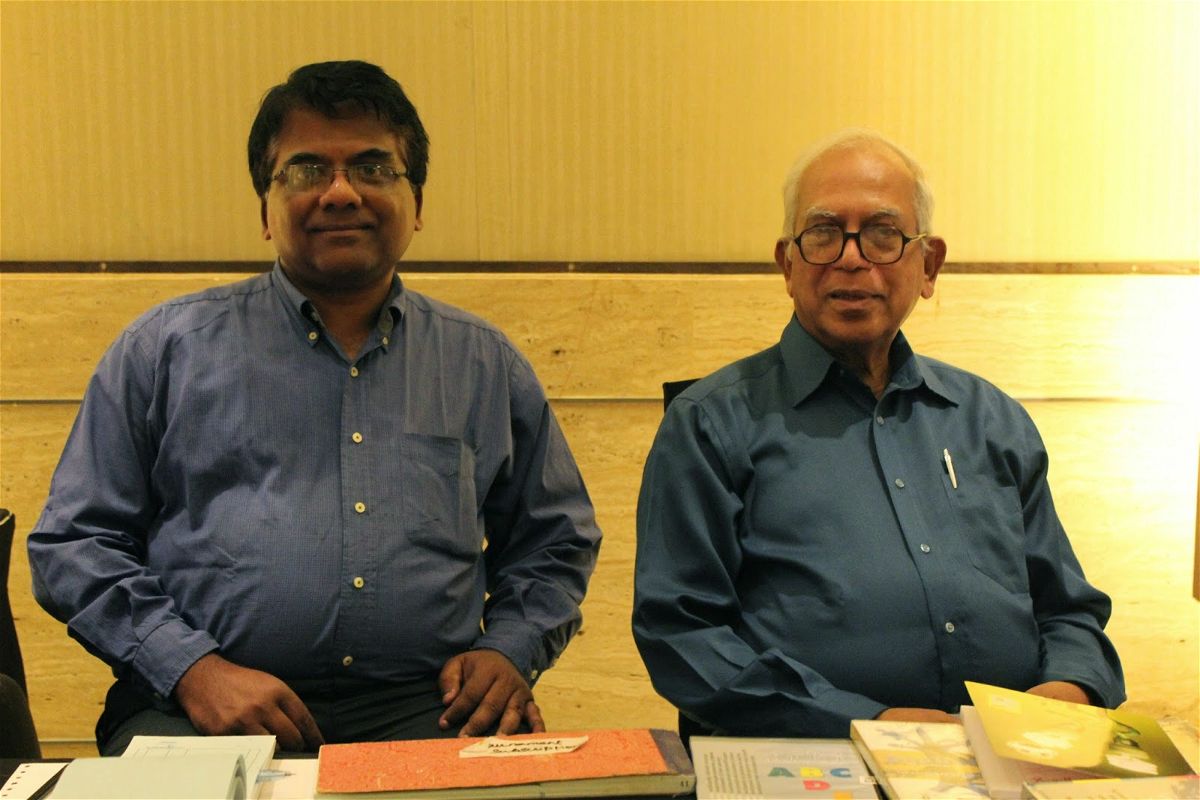 Manuel Aaron with his son Arvind. Together they have worked hard for many years with Chess-Mate magazine and transformed the availability of chess literature, knowledge and flow of information in Indian chess 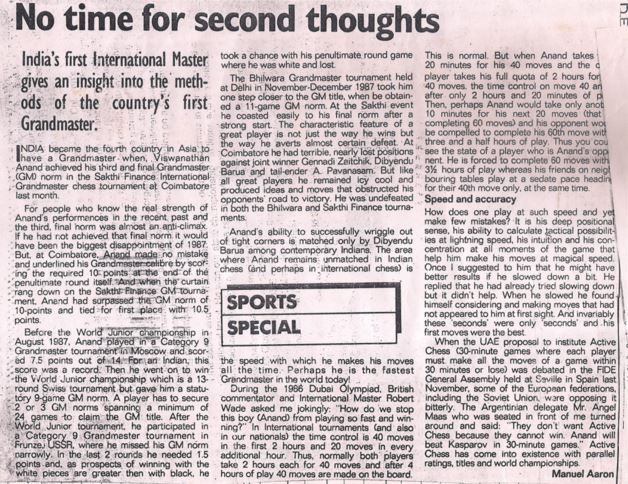 Manuel Aaron has written several articles in popular newspapers which has helped to boost the growth of chess in the country | Photo: V. Kameswaran 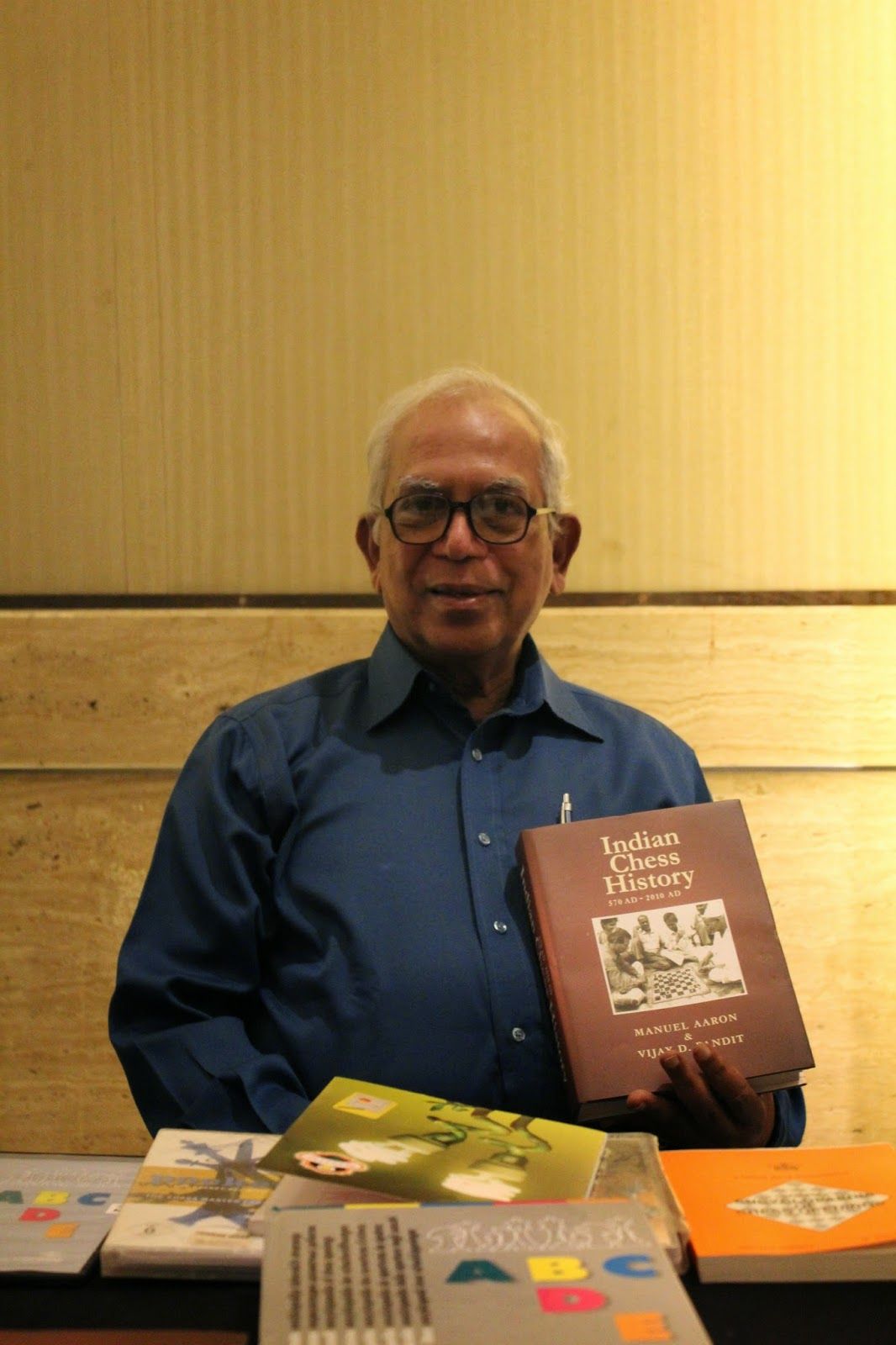 Manuel Aaron at the World Juniors 2014. One of his great contributions is the book Indian Chess History written by him and chess historian Vijay Pandit 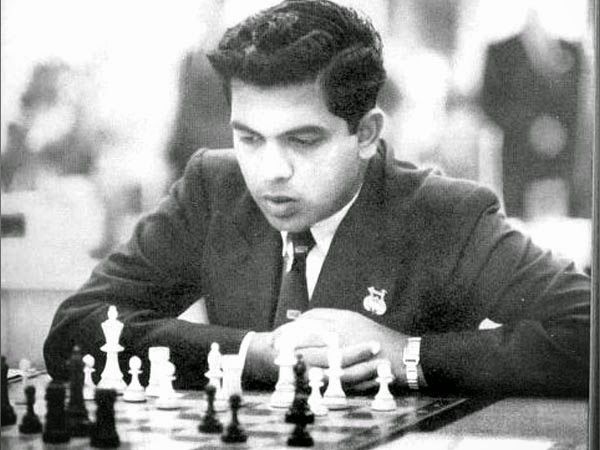 Indian chess owes a lot to this man who dedicated his life to the sport, not just on the board, but also off it. Wishing him a very happy 83rd birthday! 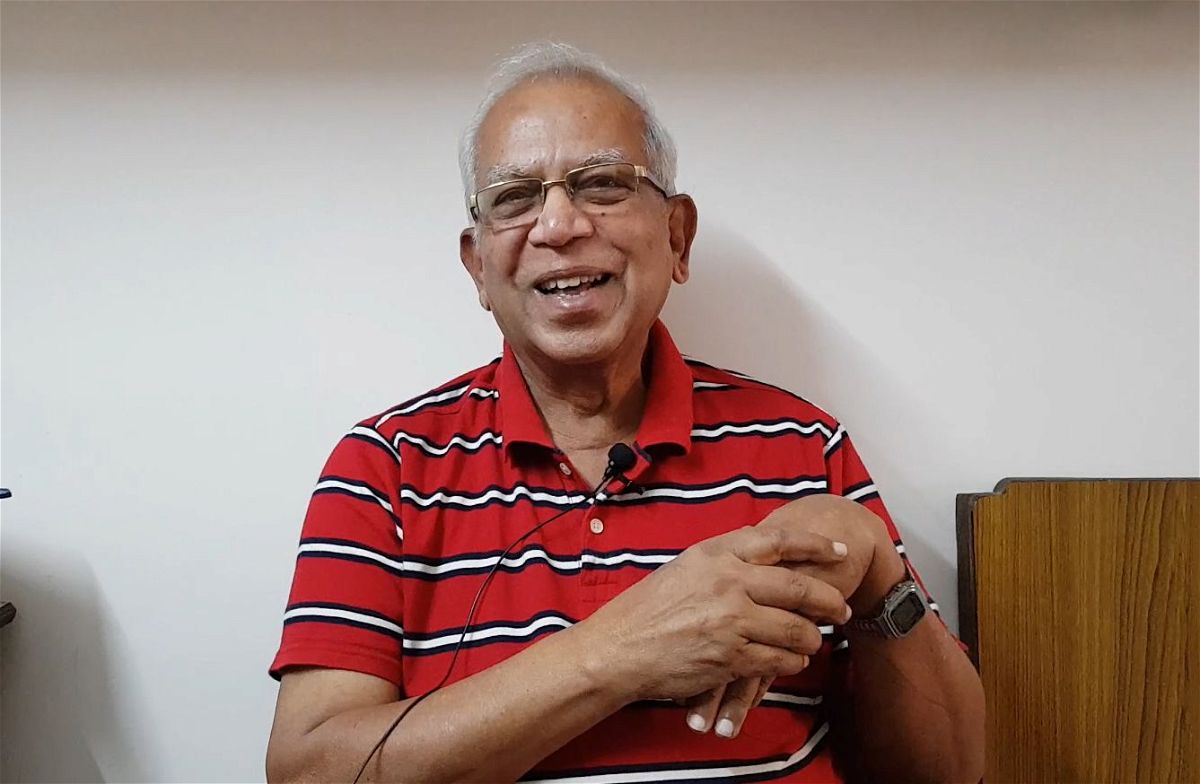 This interview was done on 25th of January 2018 when I was in Chennai for the Chennai GM Open 2018. On the 24th night chief arbiter of the Chennai Open R. Ananthraman was kind enough to call up Manuel Aaron and setup an appointment for an interview with me. I travelled to Aaron's Arch in Adyar and interviewed the 82-year-old man who was full of energy and child-like enthusiasm. In my 365-day nomadic journey I think this was one of the well-spent days!