Malika Handa: A Champion in Plight

A new year isn't always the harbinger of hope and goodwill as our society makes it out to be. Ask Malika Handa, the seven-time national deaf Chess Champion of India. For her 2022 has begun in much the same way how 2021 ended: in dejection and fresh disappointments. The Government of her state, Punjab, Malika alleges, has gone back on its word to provide her with a cash prize and a job. In her tweet yesterday, which has since then gone viral, she even mentions being "fooled" by Punjab's incumbent dispensation. In this article, we familiarize you with Malika's achievements as a differently-abled chess player and the demands from the system she is fighting for right now.

Who is Malika Handa?

Mallika was born in what is one of India's most underrepresented states in chess - Jalandhar, Punjab, to Suresh and Renu Handa. She was not born deaf but lost her hearing and speech when she was one year old due to an adverse reaction to some medication. Now, she lives with a 90 percent hearing disability. Chess was introduced in her life in 2010 when she was 15 and in standard ten in school. Her father came home from work with a chessboard one day and they began to spar regularly thereafter, with her mother and brother, too, frequently joining in. 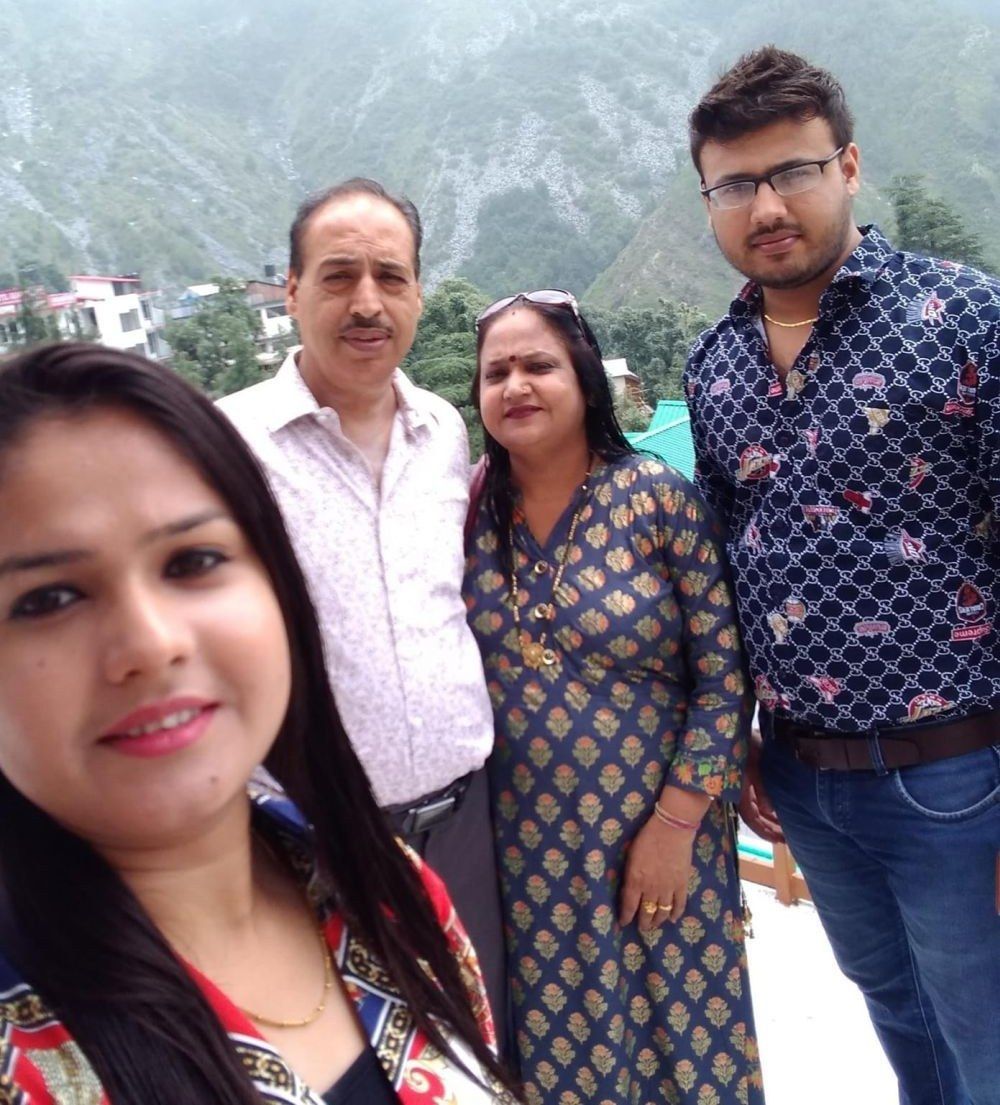 Malika's aptitude for the game became apparent when she started outplaying her peers. Soon she was learning the ropes from the seniors in the game and immersing herself in the study of deeper tactics and strategy. Her mother says that even though she couldn't hear, she wanted to compete in everything like a normal child and had a firm resolve to one day make the entire nation proud of her. Unsurprisingly, the results soon started to flow in. She won her first National Chess Championship of the deaf in 2012, only two years after learning the game, and as of today has clinched this event a record seven times, the most recent one being in 2020.

Through all these stellar achievements, Malika has also balanced her academics fairly well alongside chess, and currently, she is a graduate of arts from a mainstream college in Jalandhar. Her only grievance from the very beginning though has been the dire lack of support from the Government. Renu Handa, her mother, says that the family has drained their bank balances to fund their daughter's ambitions in the royal game, and despite representing Punjab nine times in the National Championships has not received any support from the state authorities.

The Controversy and her Grievances

The State Government has been shying away from providing her assistance on the pretext that there is no provision for deaf athletes in their legislature yet. However, Malika argues that the situation isn't the same in the neighboring Haryana and Rajasthan, where the specially-abled sportspersons get their due acknowledgment from the ruling authorities. She has vented her anger about the same in several of her tweets and holds the Congress party responsible for wasting five years of her life.

She maintains that the current Minister of Sports, Pargat Singh, had promised to consider her case on special grounds and make provisions for a job and cash award, but has now gone back on his words. She had also had discussions about the same with other prominent leaders including Harsimrat Kaur Badal and the Chief Minister Charanjit Singh Channi himself, but all this, she laments, has been to no avail.

Malika with Punjab's incumbent Chief Minister, Charanjit Singh Channi | Photo: Malika Handa
And with Pargat Singh, the current sports minister of the state, who allegedly had promised Malika cash award and a job during their meeting | photo: Malika Handa Facebook

Shiromani Akali Dal leader and former minister of State for Food Processing Industries of India, Harsimrat Kaur Badal, has come out in her support. Earlier today she tweeted her solidarity for the chess champion, terming the ruling dispensation's failure to meet its promises as "insensitive" and "heartbreaking." 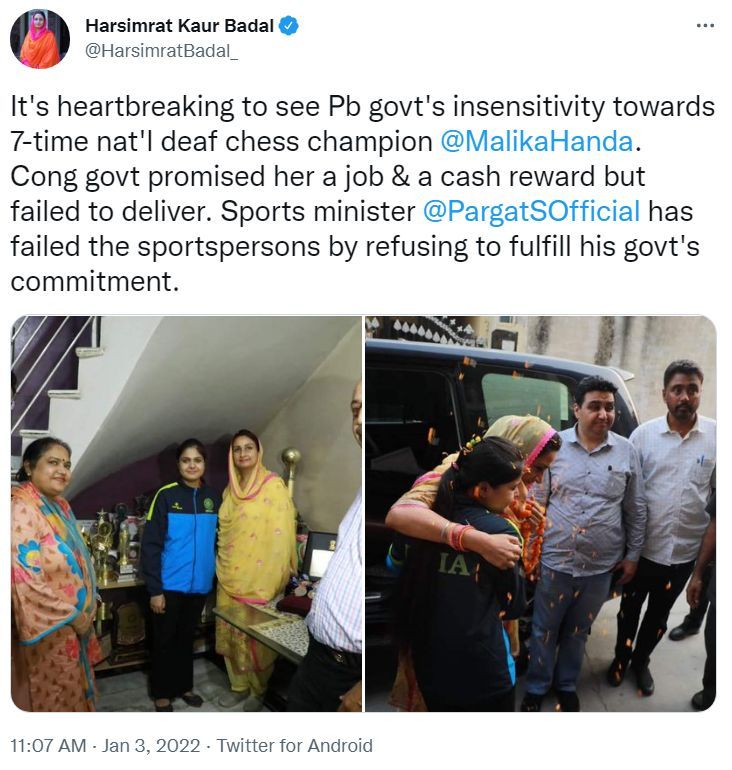