Seven-year-old Charvi A (KAR, 1291) repeated her National Under-10 performance of scoring an unbeaten 10.5/11. The result was once again the same, the winner of another National age group championship, MPL 34th National Under-8 Girls 2022. Avirat Chauhan (MAH, 1405) also performed well. Despite suffering a loss in the eighth round, he bounced back well by winning the last three games. Total prize fund of the tournament was ₹250000 in each section. Top three prizes were ₹50000, ₹36000 and ₹30000 along with a trophy each. 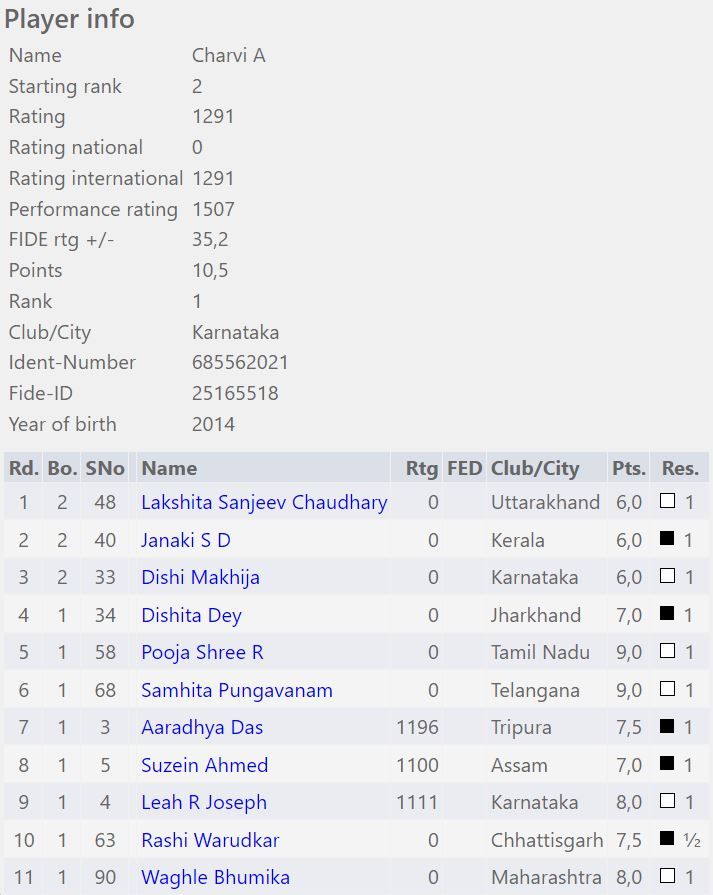 Charvi A scored an unbeaten 10.5/11 and finished 1.5 points ahead of the field
Vijayawada Police Commissoner vs National U-8 and U-10 Girls Champion | Kanthi Rana Tata vs Charvi A | Video: ChessBase India 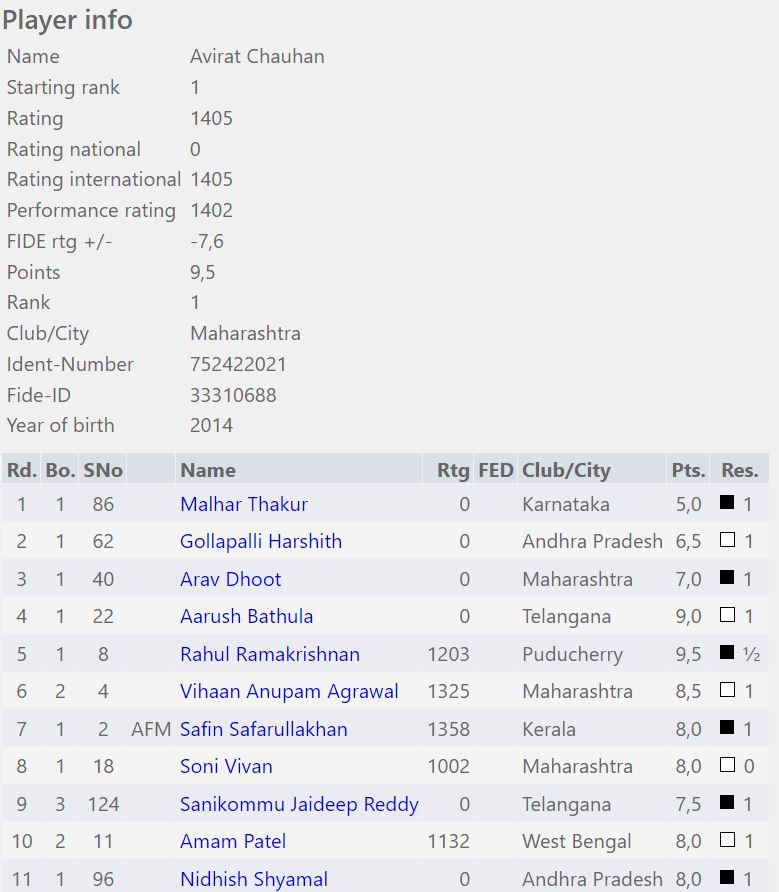 A total of 171 players in the Open and 92 in the Girls section took part in this event with zero defaults. The little kids showed perseverance by playing all eleven rounds and not a single one decided to leave the event for any reason, which is certainly commendable. It was organized by The Vijayawada Chess Association, Andhra Chess Association and KL University. Both tournaments were held at KL University, Vijayawada, Andhra Pradesh from 9th to 14th May 2022. The eleven-round Swiss league tournament had a time control of 90 minutes + 30 seconds increment from move no.1.