When the final round began Ivan Rozum had a one-point lead over the field. But he lost his game against Timur Gareyev. This opened up the tournament and five players tied on 8.0/10. They were Rozum, Gareyev, Laxman, Dzhumaev and Erigaisi. The tiebreak favoured the grandmaster from Chennai as Laxman won the championship and took home Rs. 2,00,000. Rozum had to be content with the second spot and Gareyev was third. Nikhil Dixit and Lakshmi. C made their IM and WIM norms respectively. We have a detailed final round report with all the action from the Vijay Park Hotel in Chennai.

The final round began with the following pairings:

Ivan Rozum had one point lead over the field and a draw would have been enough to see him through. However, he was facing the dangerous Timur Gareyev in the final round and that too with the black pieces. Rozum lost the game, Arjun Erigaisi won his game, Laxman beat Visakh and Dzhumaev was able to get the better of Llaneza. So we had a five-player tie at the top with 8.0/10. All four decisive results on top four boards. Now that's something that spectators love!

As all the five players had not played against each other, the direct encounter tiebreak could not be used. So we had the second tiebreak in action - buchholz. Firstly there was some drama. The result of the game between Saravana Krishnan and Mrudul Dehankar was wrongly entered giving Mrudul the win when actually the game was just drawn. As Mrudul was Gareyev's opponent in the second round, it helped Timur to increase his buchholz score (buchholz is the sum of points scored by all your opponents). The final results were out and Timur had won the event. But Saravana Krishnan saw the incorrect result of his game on chess-results and rushed to the tournament hall to get it corrected. When it was fixed, Gareyev was pushed down to the third spot and Laxman and Rozum were tied for places one and two with the same buchholz score. The third tiebreak of removing the lowest points scorer was applied and Laxman became the champion!

For Laxman it was a feeling of unparalleled joy, that he was promoted to the first place! He had mentally accepted the second position. This surprise made his victory all the more special.

Interview with Laxman after he won the tournament! According to Laxman a player who reaches 2450 by playing in India can be as strong as 2600 GM in foreign countries.

110 moves to become the champion! After his loss to Rozum in the penultimate round, Laxman was up against Visakh N.R.

The game was a Catalan which turned into a Stonewall like position where Laxman was able to exchange the dark-squared bishops. He had an opportunity to get the upper hand on many occasions by just breaking in with the move a6. 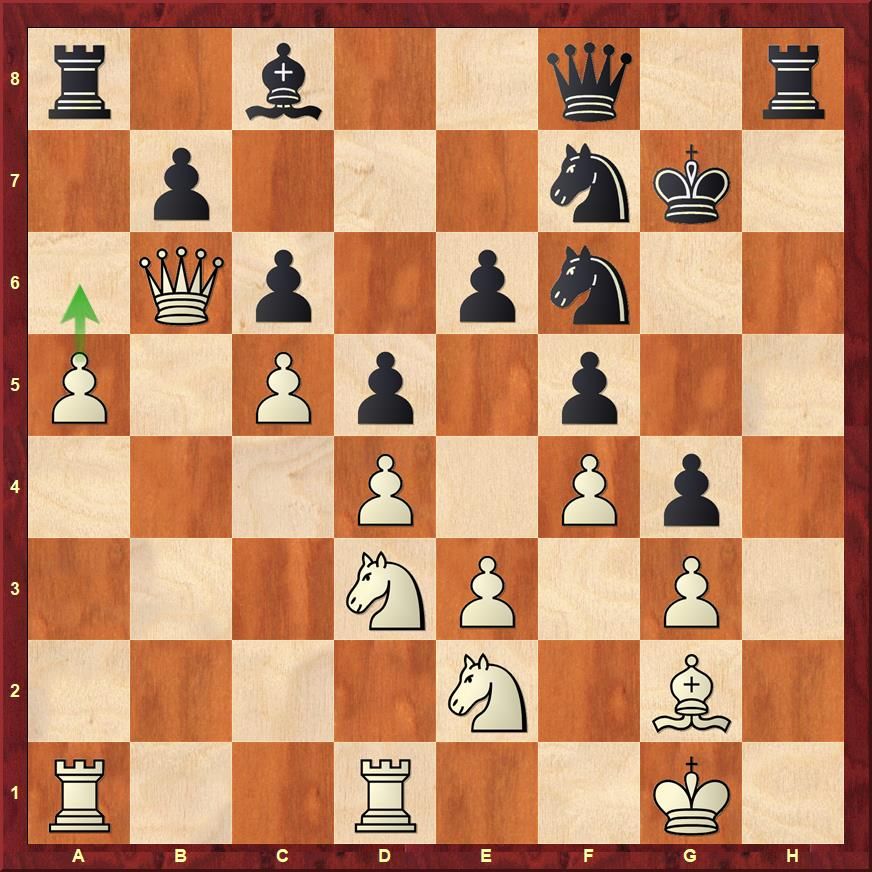 This was not the solitary occasion when the move a6 was possible for Laxman. He could play it many times and get a clearly better position, but he didn't go for it.

It was a long strategic battle that lasted 110 moves. White had the better structure and Black was always basing his counterplay around White's king. At some Laxman was able to move in with his queen and knight and launch a decisive attack. There were a couple of draw exchanges made during the game, but both the players were ambitious at different points in time and in the end, it was Laxman who prevailed. 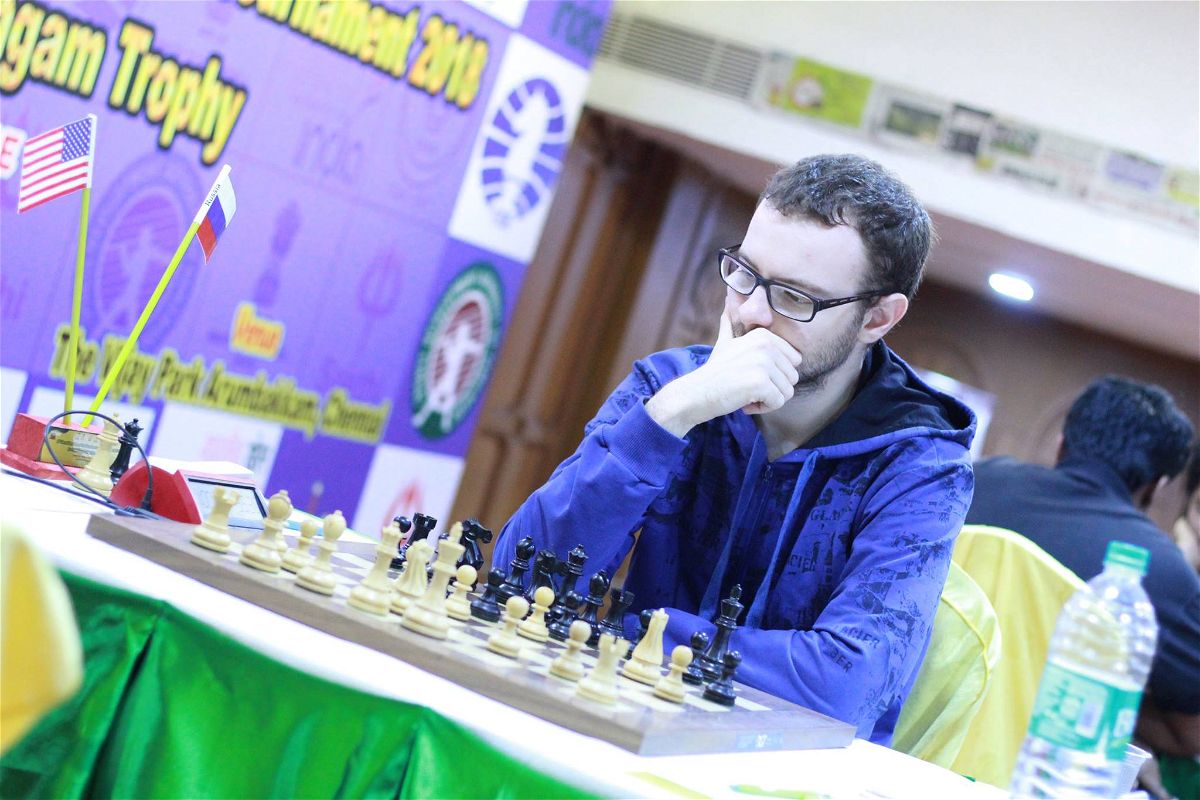 Ivan Rozum was leading the tournament by one full point, but had the black pieces against... 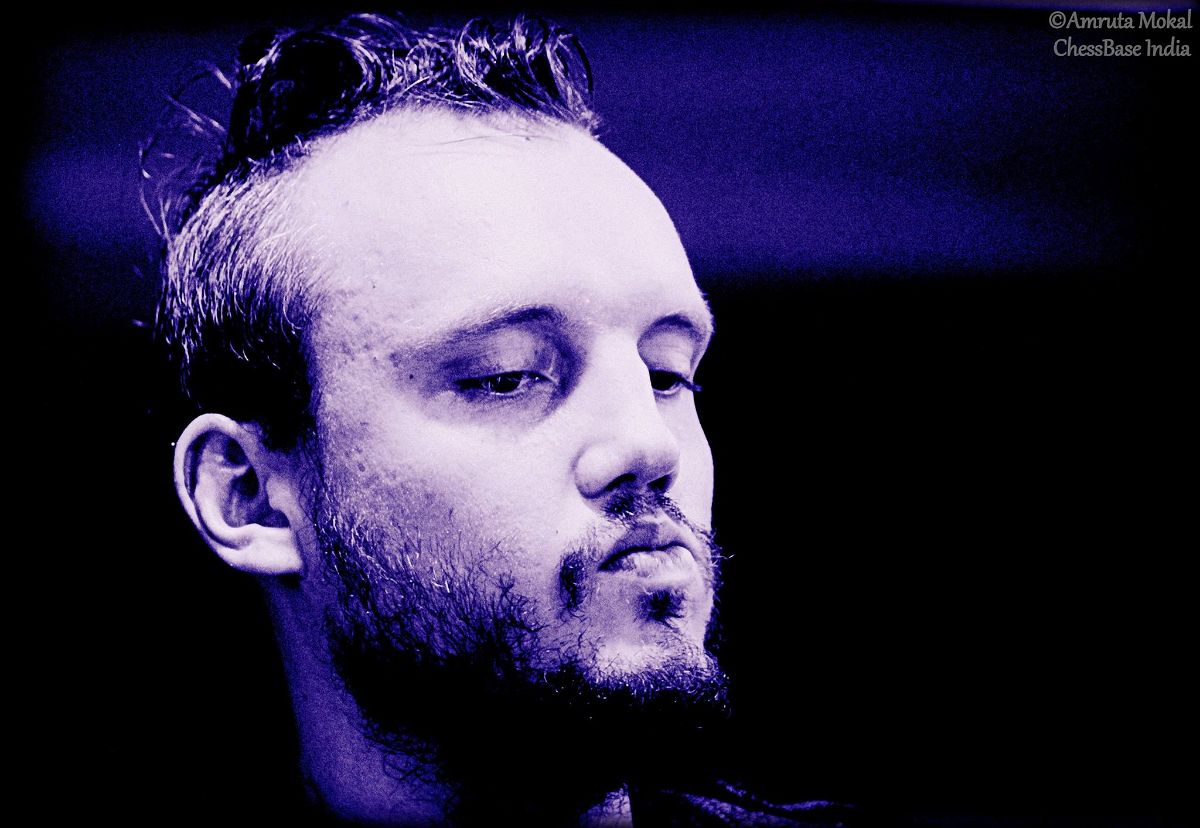 ...the top seed Timur Gareyev. According to Timur his task of playing was much easier than Rozum's because the Russian could think of a draw as well to win the event, while he had to only think about the full point.

I was very surprised by Rozum's choice of opening in the final round. Instead of playing something solid that would give him a draw, he went for this extremely sharp line in the Bogo Indian where Timur played a very interesting piece sacrifice. 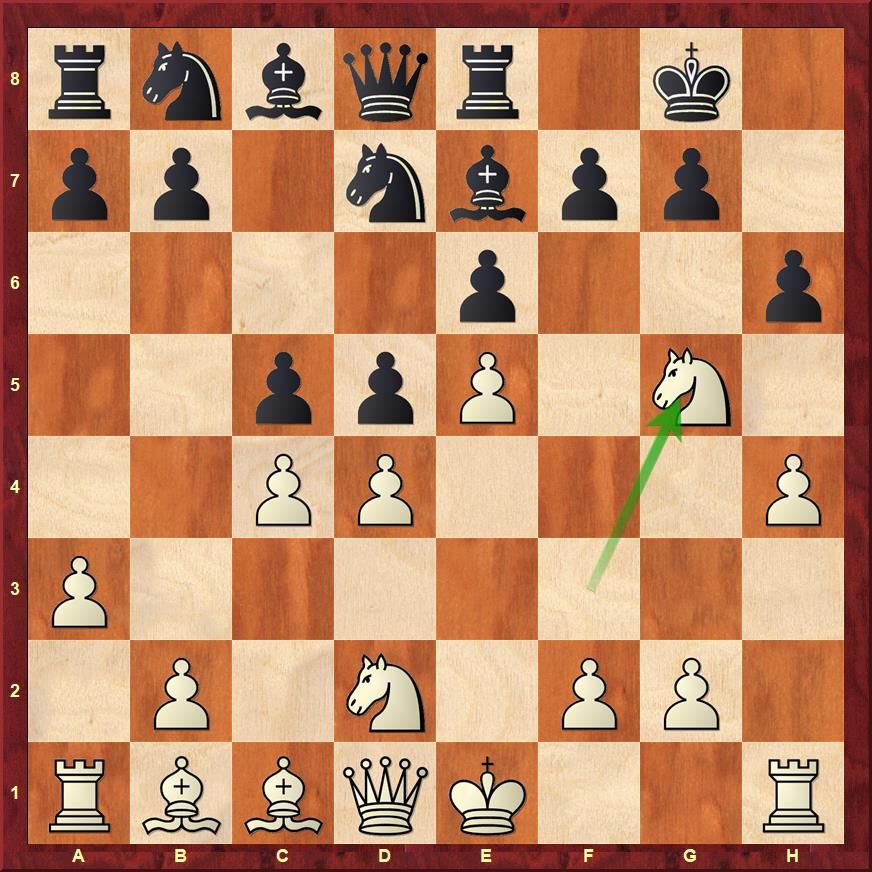 Ng5!? in this position is a theoretical novelty and opens a can of worms. White doesn't care about the centre falling apart, he just wants to launch an attack with his queen coming over to h5, the knight moving to f3 and then some sacrifices around the king!

Considering the stress that he was under and the pressure of winning the title, Ivan did a great job of defending the position and navigating the complications. But as luck would have it, just when it seemed that the worst was over, he blundered big time! 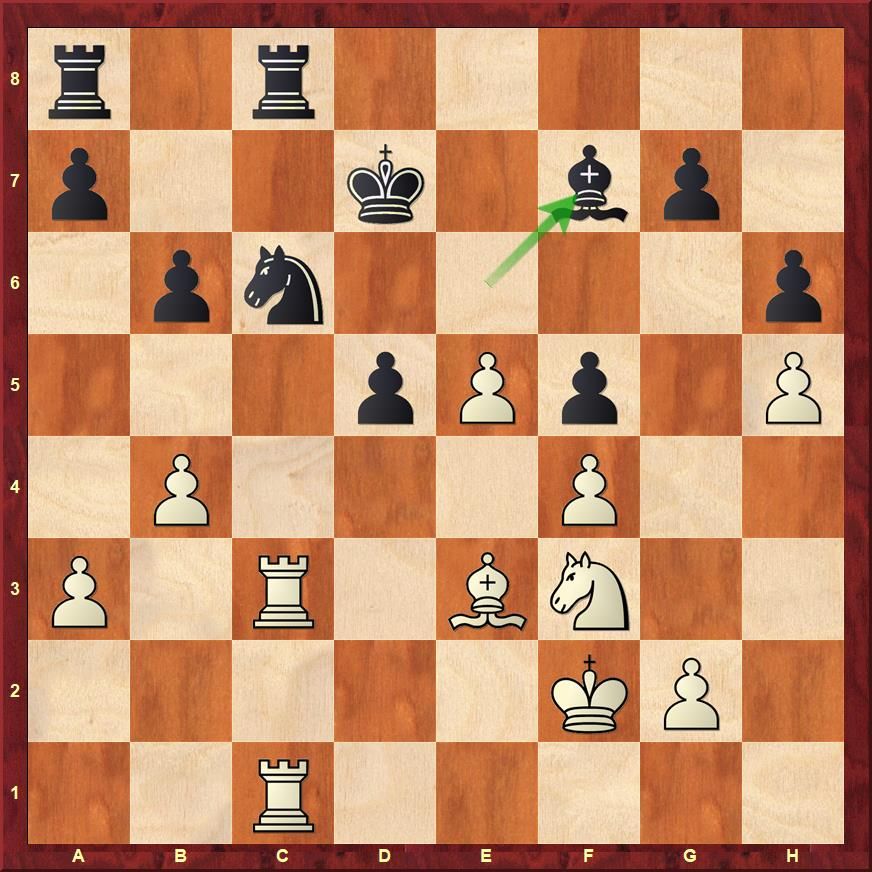 ...Bf7?? was a horrible blunder by Rozum. As they say blunders do not happen in vacuum. It was the result of incessant pressure created by the white player. Can you spot the win?

Even after losing such a critical game, it was so nice to see Rozum analyzing the game with Gareyev and Pruijssers. It's because of such an attitude that these guys reach 2600 and beyond!
Describe your trip to India in one word. Gareyev: Good Training.... for life!

AICF Secretary Bharat Singh Chauhan believes that one of the biggest talents of Indian chess at this moment is Arjun Erigaisi. The boy from Telangana has only one IM norm, but already has a live rating of 2458. I remember that when I played at the Aeroflot Open 2016, the boy had a rating somewhere in 2300 range and decided to play in the A category. This was a very brave decision as the rating cut-off in A section was 2550! Arjun played all the players stronger than him, lost many games, but became a stronger player. What doesn't kill you, makes you stronger! 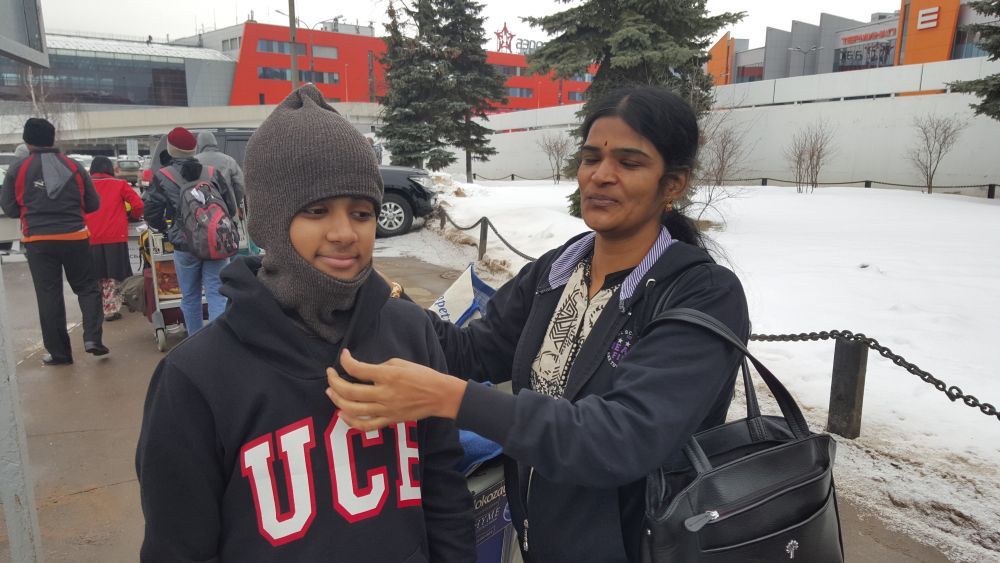 Arjun Erigaisi's mother making sure that his son survives the Moscow cold!

For a player like Marat Dzhumaev, who makes a living out of winning last rounds, this was not a new situation to be in. He was facing the strong Spanish IM Marcos Llaneza and played a steady game to outplay his opponent. There was a lot of manoeuvring that took place and it was through sheer grit and perseverance that Dzhumaevrv emerged victorious.

A happy Marat Dzhumaev with his wife at the closing ceremony! 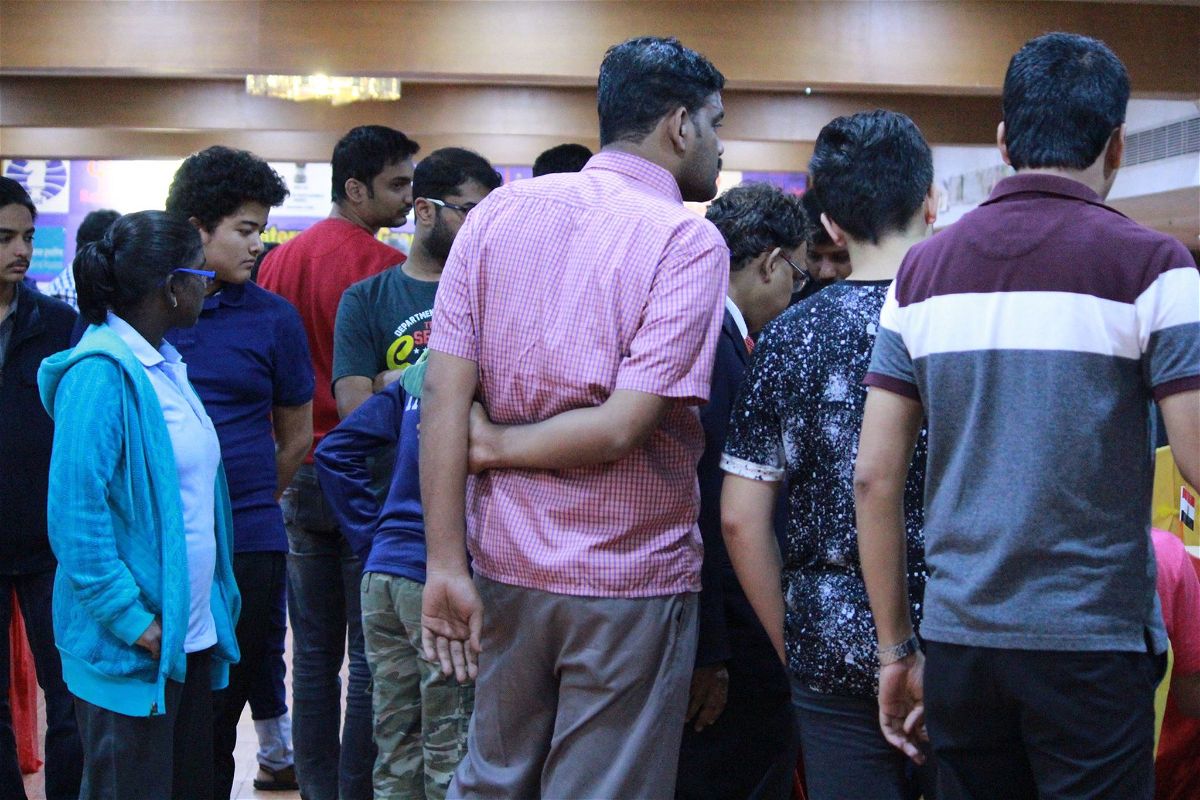 When all the boards fight it out in the last round, this is what you get to see! A spectator sport! 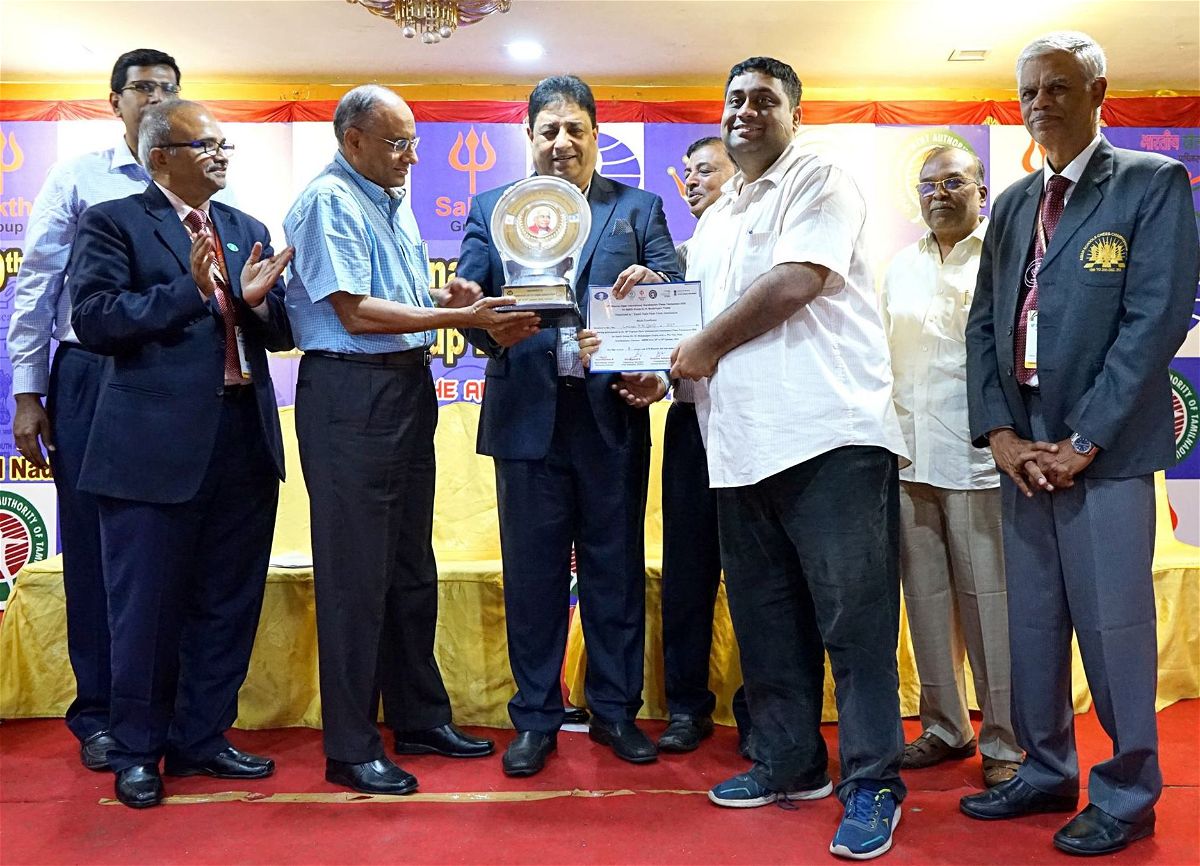 The centre of attraction!

Laxman thanked two people for his success - TJ Suresh Kumar, head coach of Railways for his guidance and mentorship, and students of TNagar chess academy run by AL Kasi with whom he has practised incessantly to improve his level of play. 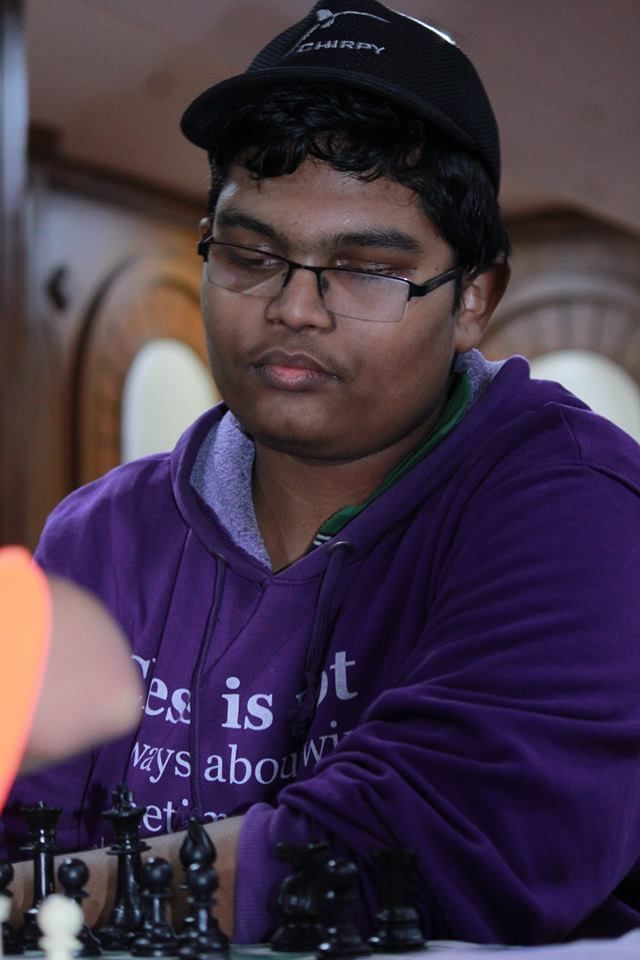 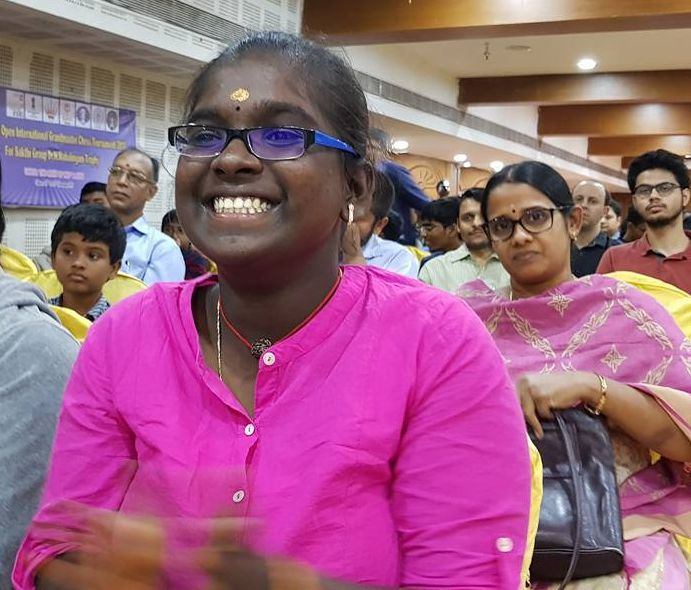 Lakshmi C made her WIM norm 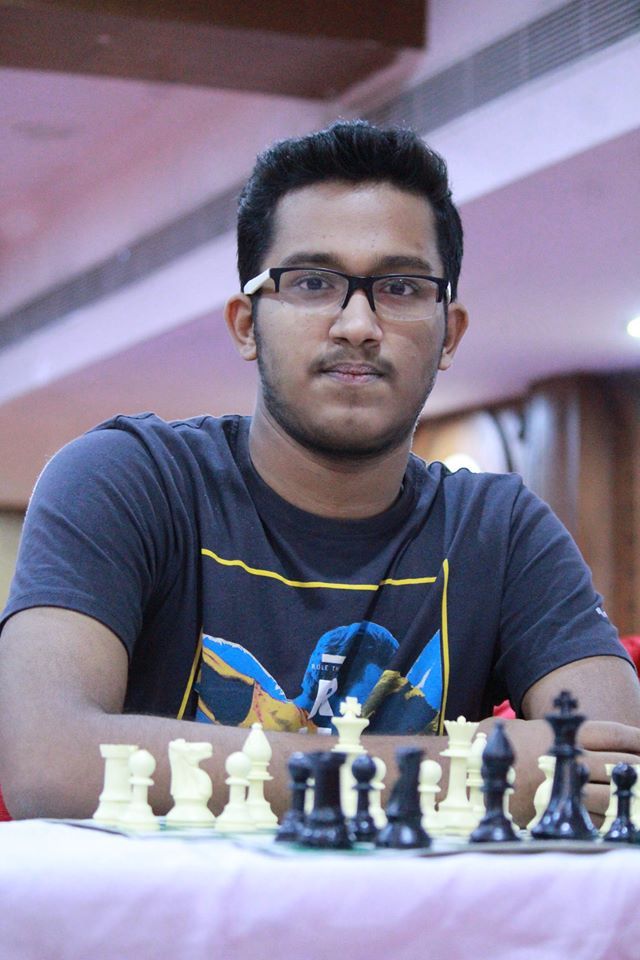 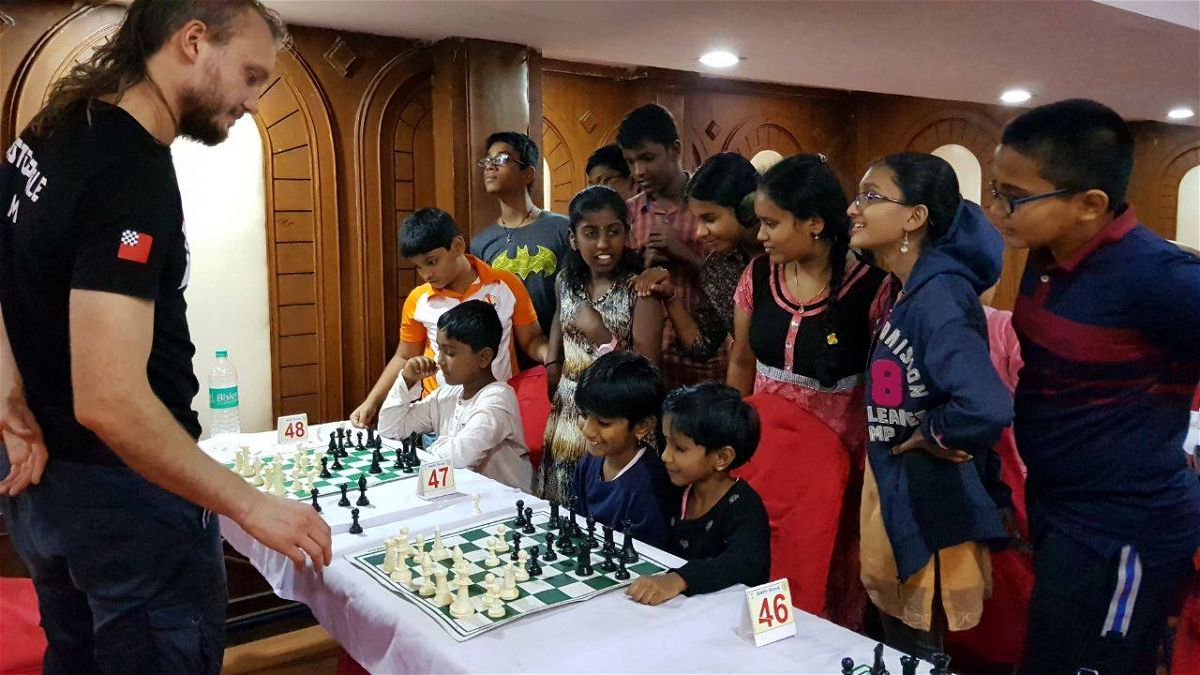 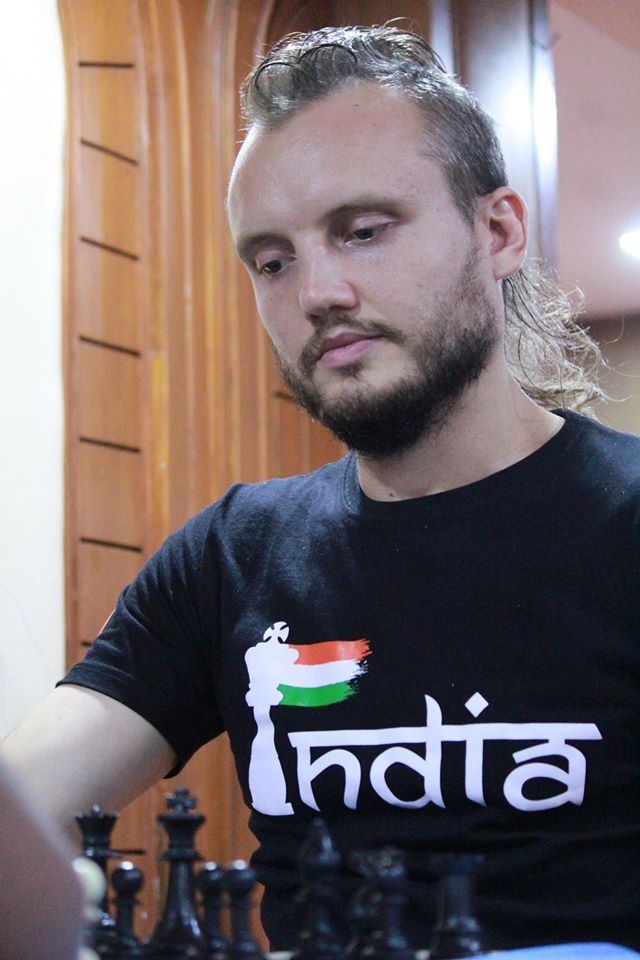 Do you like the T-shirt Gareyev is wearing? Get your own t-shirt right now: 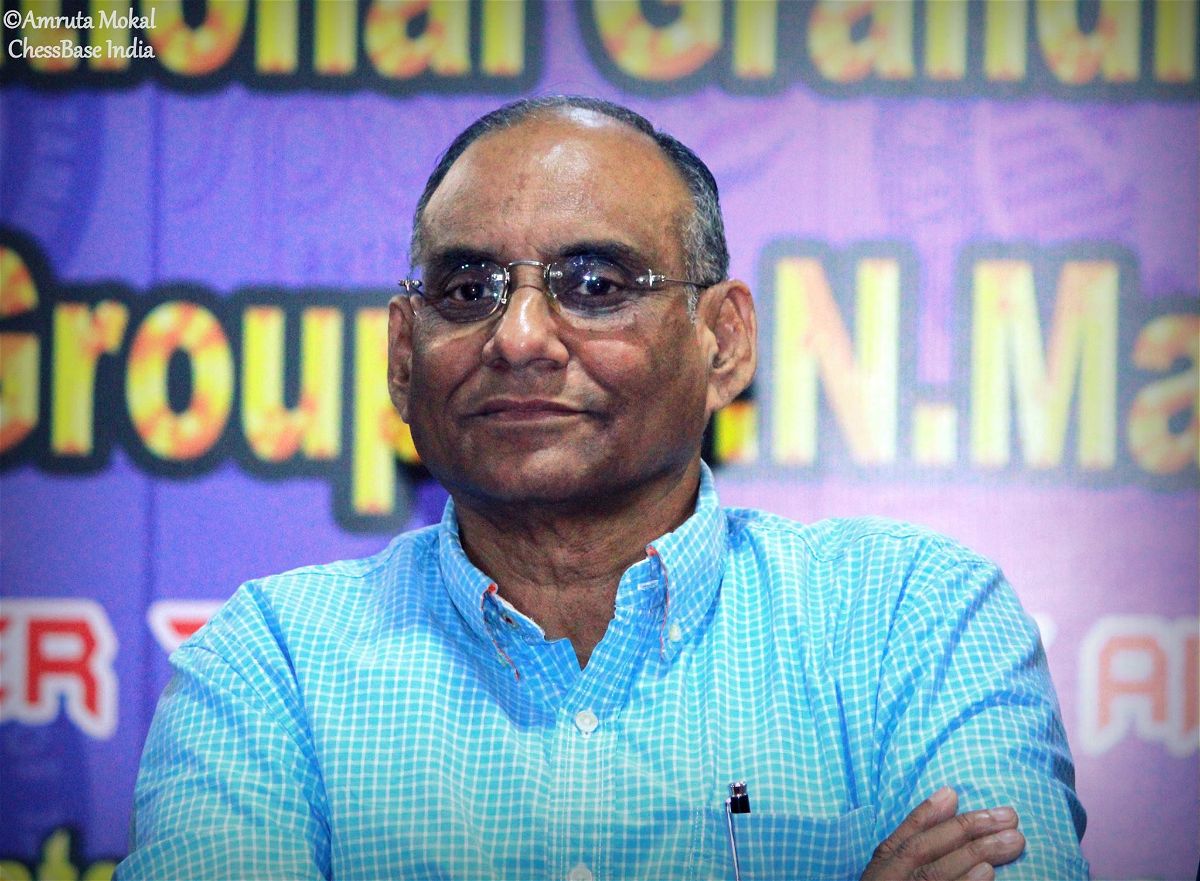 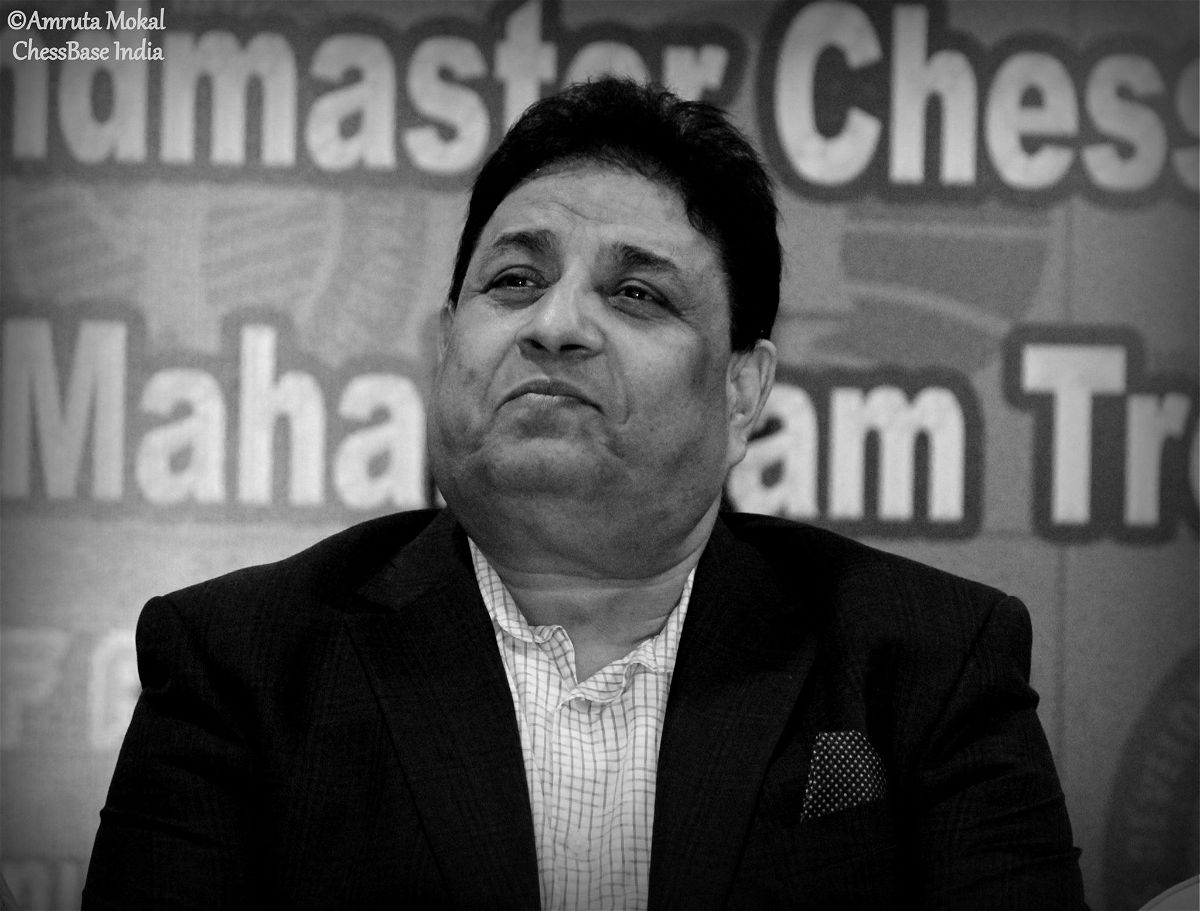 Mr. Bharat Singh, Secretary of AICF, spoke highly of Chennai as a chess city and also announced grandmaster events to be held in Goa in October! 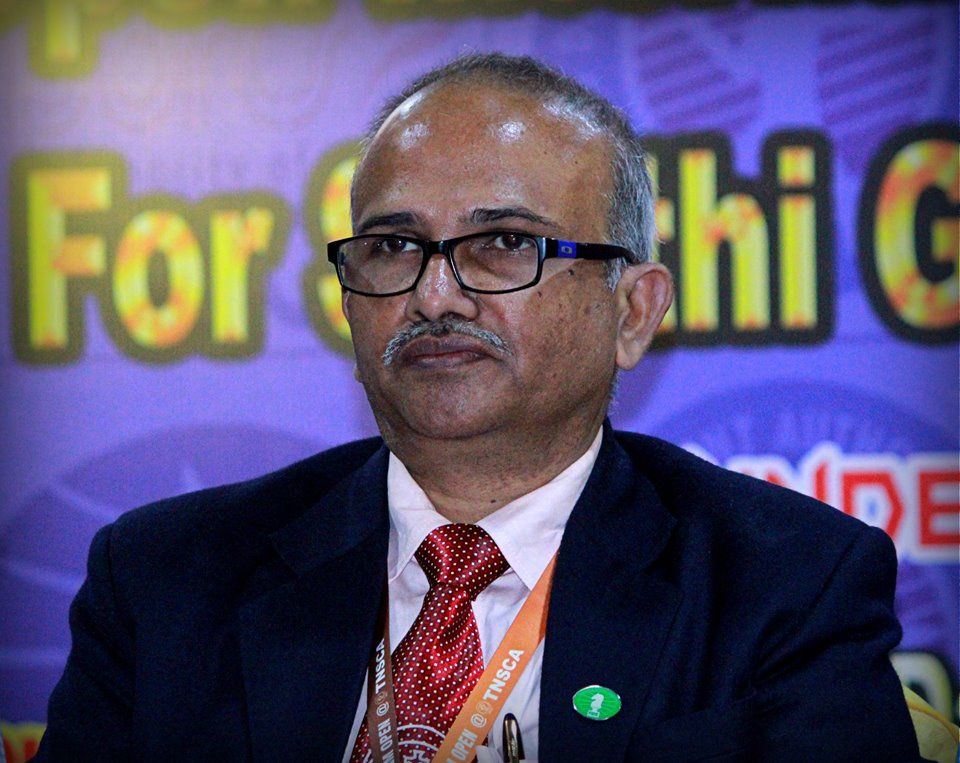 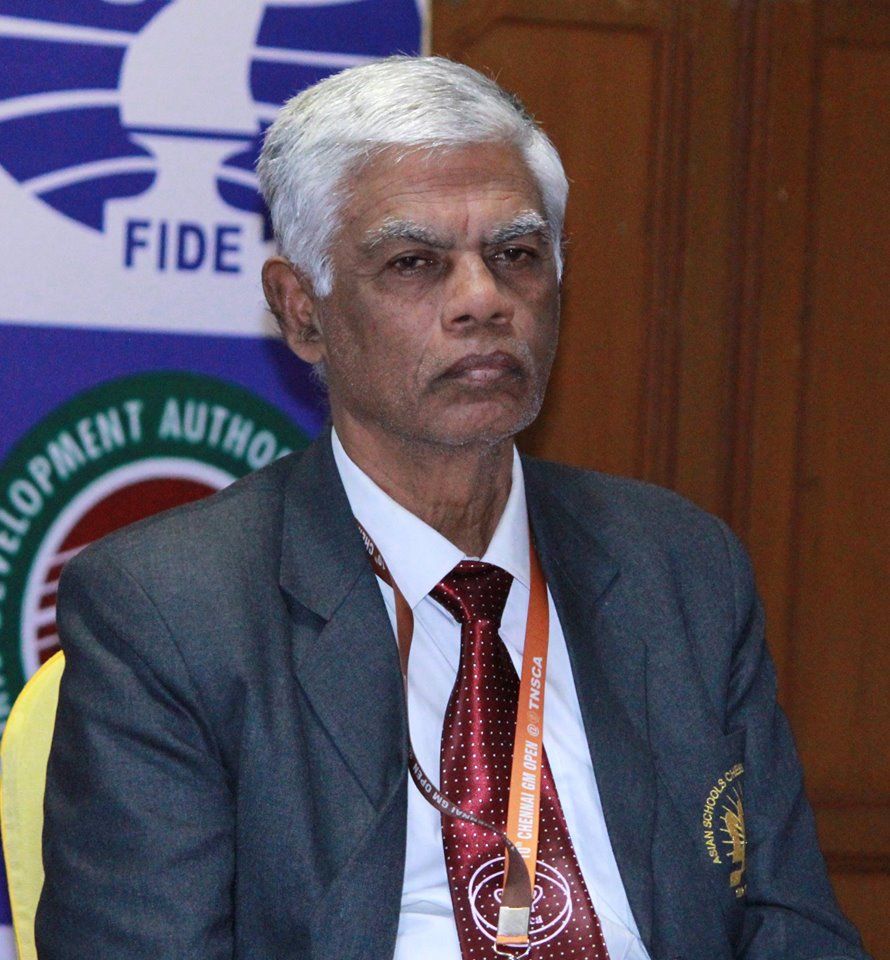 The most experienced arbiter of India R. Anantharam ensured that the tournament went smoothly. He was the technical director of the event. 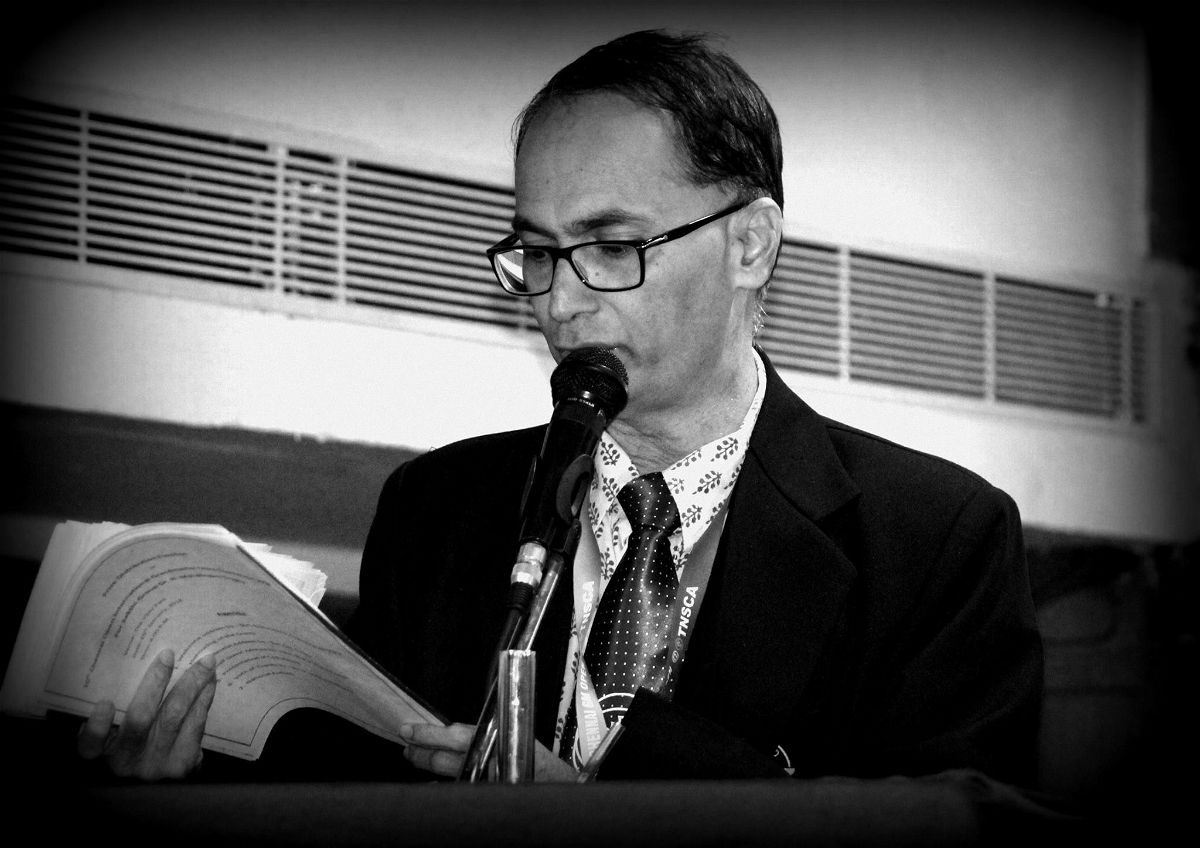 R.R. Vasudevan was the press officer and presided over the closing ceremony 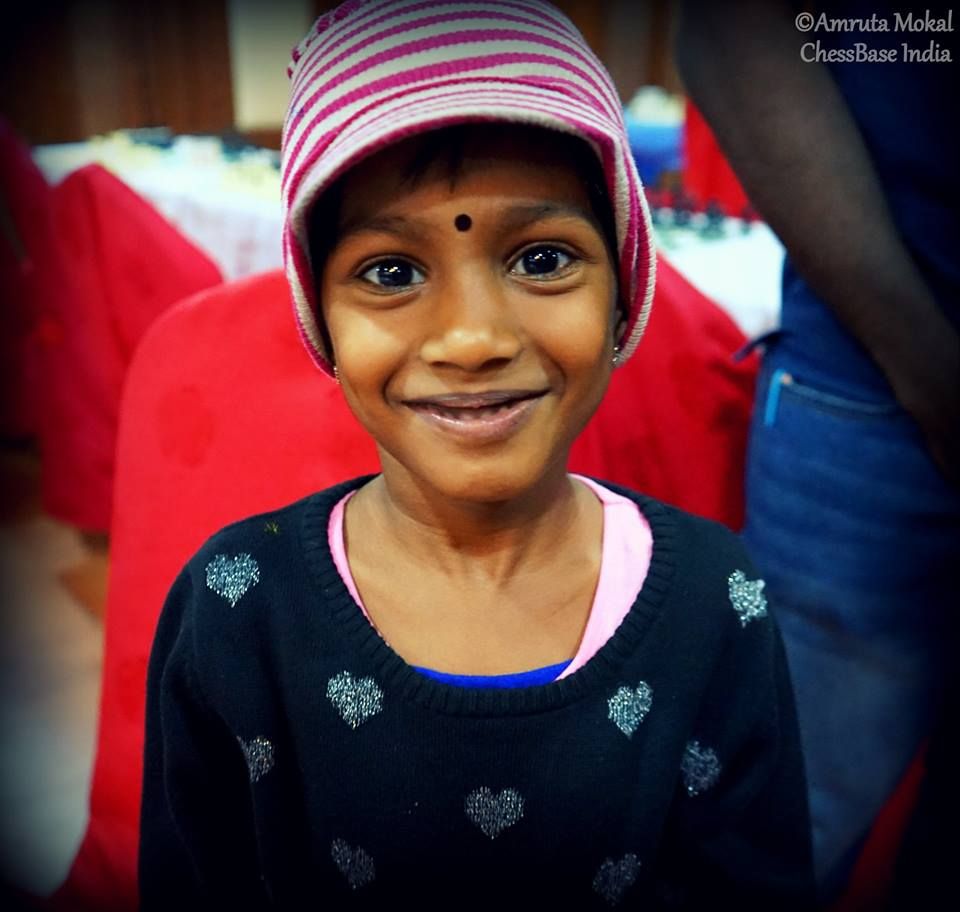 Look at this cute little 6-year-old Lakshana! We interviewed her and her friends at the end of the event:

Rajnikant of Indian chess Deepan Chakkravarthy flanked by TJ Suresh Kumar, head coach of Railways and Indian Tal K. Rathnakaran
For all those who might not be aware, TJ Suresh Kumar is a wonderful coach and this is apparent from his training session above that he did in Patna. 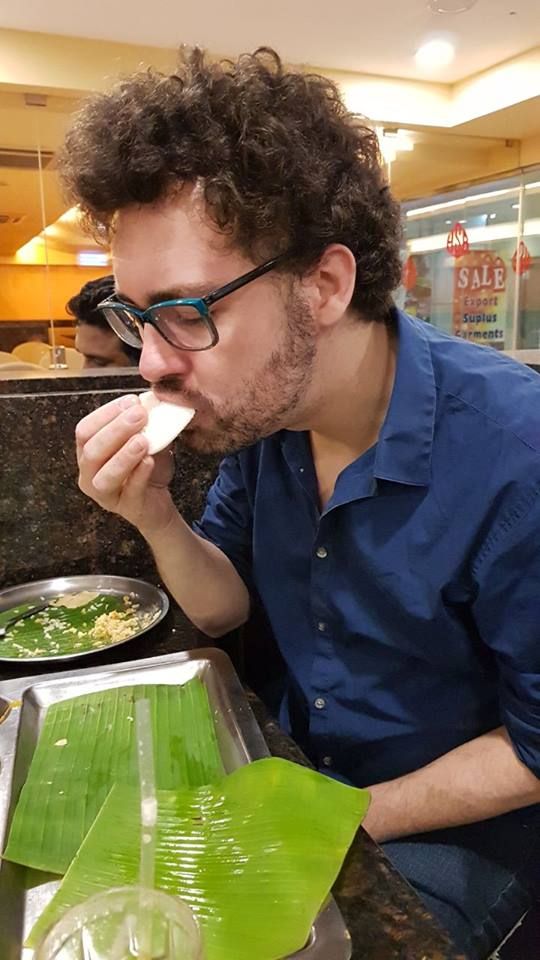 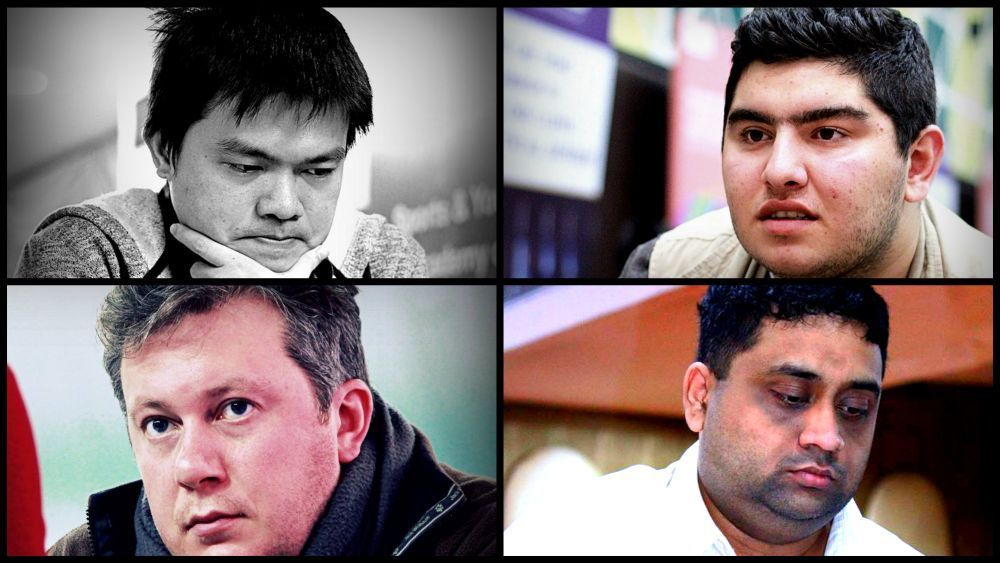 A very successful quartet of tournaments ended in India:

ChessBase India had daily reports of all the four events. There was not a single day that we missed the report. If you have any feedback about our coverage, positive or negative, please mention it in the comments section below. This is Sagar Shah signing off! Next up is National Premier Blind, Mumbai from 3rd to 11th of February 2018.