Lalith Babu is the reigning national champion of India in classical chess. He added another feather to his cap when he became the National Rapid Champion in Ahmedabad on 4th of May 2018. It was a closely contested battle between Lalith Babu and Aravindh Chithambaram, just like the National Premier 2017. But Lalith had the edge as he had beaten Aravindh in their personal encounter. In the end Lalith took home the championship with 9.5/11, Aravindh was second and Dinesh Kumar Sharma finished third. We have two games of Lalith annotated by IM Sagar Shah and also a very simple and straight forward victory of Aravindh Chithambaram.

When Lalith reached a rating of 2594 in 2014, everyone thought he would zoom ahead into the 2600 zone and beyond with great speed. However, the 21-year-old boy hit a rough patch. For the next three years, there was no improvement in sight. In fact he had lost over 50 Elo points. People pointed out to many reasons why Lalith was not improving as a player. However, Lalith his family and his coach had faith on his abilities. A serious one month training camp towards the end of 2017 with coach G.Muralikrishna turned out to be one of the turning points in Lalith Babu's chess career. He became the National Champion of India by winning the National Premier 2017. And now he continues his fine form in 2018 by winning the National Rapid Championship 2018. As IM Vishal Sareen rightly pointed out on Facebook, "If Lalith Babu wins the blitz championship as well, India will have a single national champion in all formats. Exactly what Magnus Carlsen achieved in 2014 where he was the World Champion in Classical, Rapid and Blitz! After all we have always compared Lalith to Magnus Carlsen in the past for his ability to fight back from minus positions! Recently Lalith even defeated Magnus in online blitz! 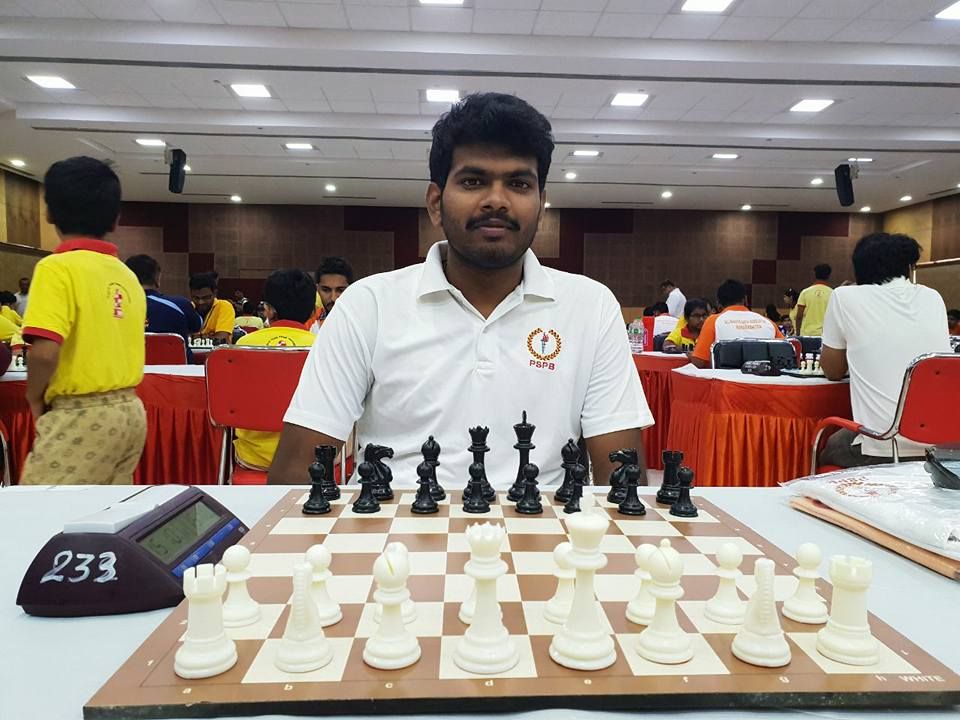 Lalith was happy to win his title, but it was too early for the Andhra lad to celebrate as he had work left to be done - win the National Blitz Championship that will take place on 5th of May 2018. 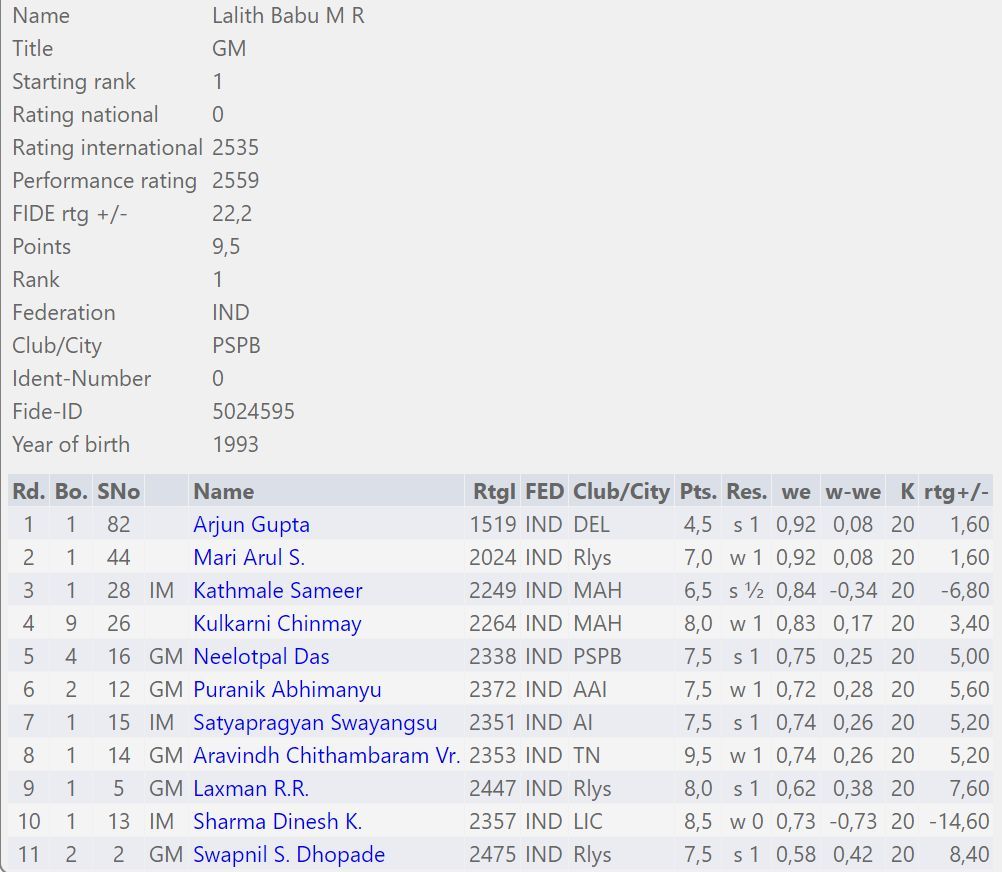 Lalith's performance at the National Rapid 2018

Talking to ChessBase India, Lalith said, "I would like to share two of my wins in Queens Indian from this tournament with the readers. Although the quality of these games were not the best they were crucial encounters that helped me win the National Rapid title." 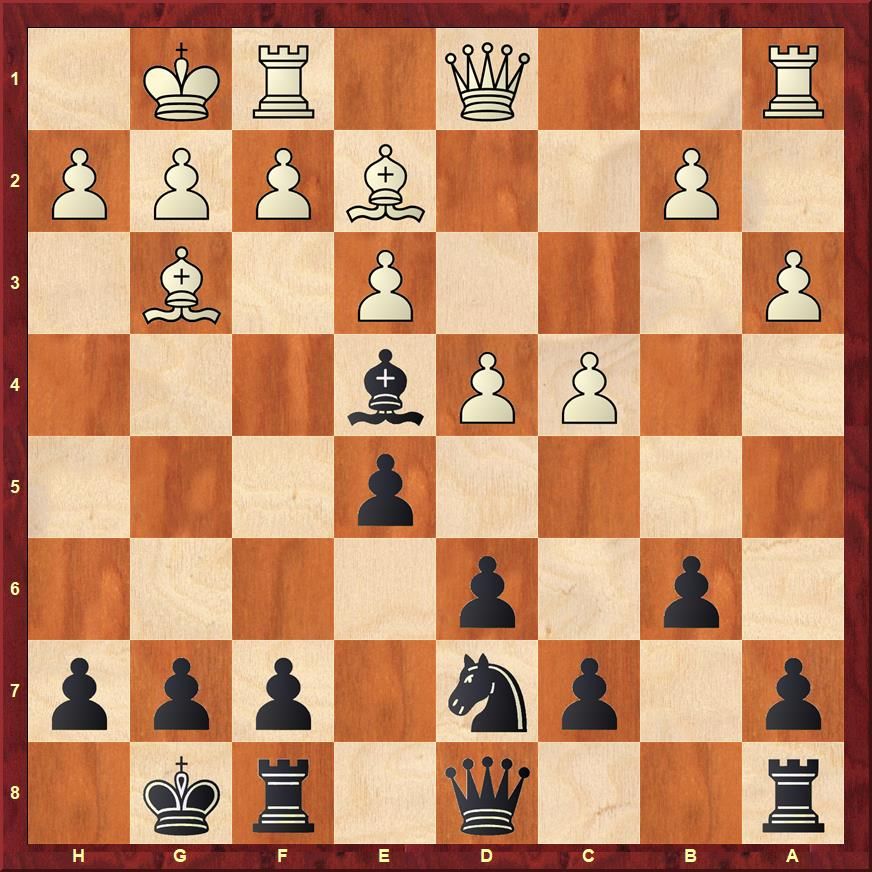 White is slightly better in this position and he could have milked the position with Qd2 connecting the rooks. Instead Laxman was anxious to exchange a few pieces and went for Bf3. It meant that he had lost the double bishop advantage and Lalith was quite comfortable in the knight versus bishop scenario 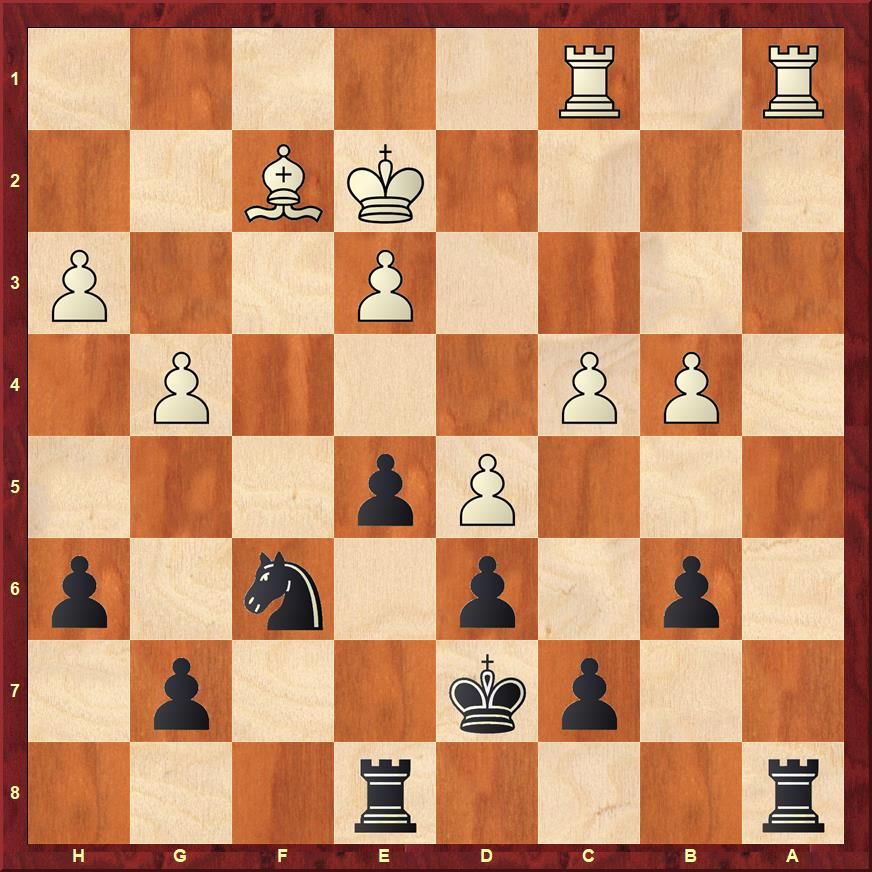 Black to play. How does Black gain the advantage?

Lalith was alert and played the strong ...b5! breaking up White's structure and winning the crucial d5 pawn. After this point Lalith went on to convert the position into a win. 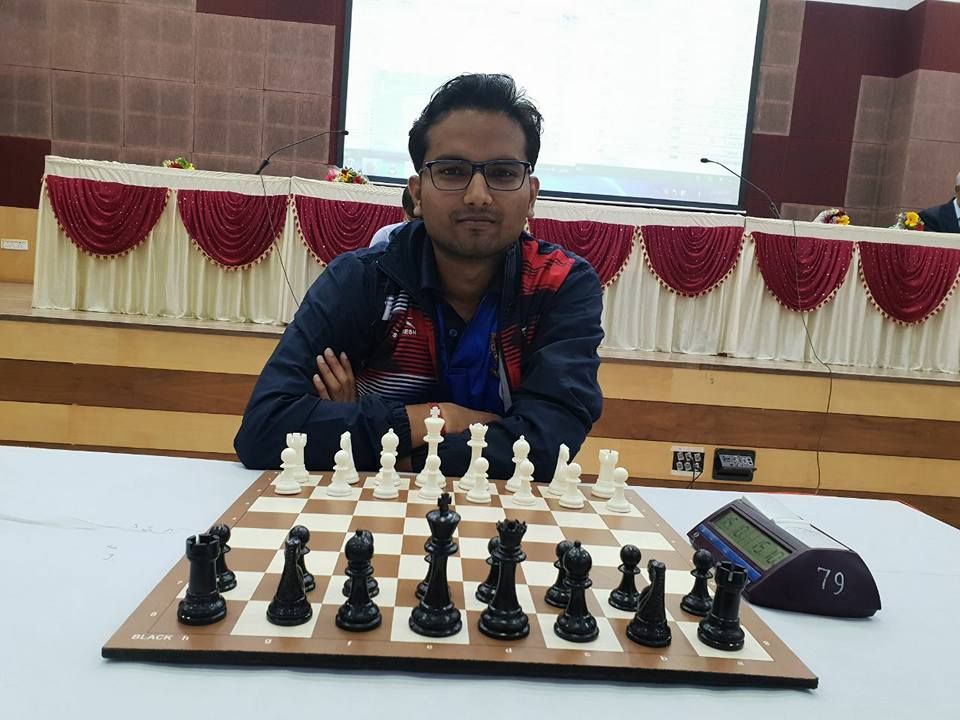 Swapnil Dhopade was one of the favourites to win the title, but could manage only the 13th place. He lost to Lalith Babu from the white side of the pawn sacrifice line in Queen's Indian. This is one of Swapnil's favourite line, but Lalith showed better understanding.

Aravindh Chithambaram finished second at the National Premier 2017 behind Lalith Babu and the same was the result at the National rapid as well. Aravindh lost his only game against Lalith. From the remaining ten games he scored 9.5/10 and tied for the top spot with Lalith Babu. He had to settle for the second spot due to the direct encounter criteria where Lalith had beaten him. 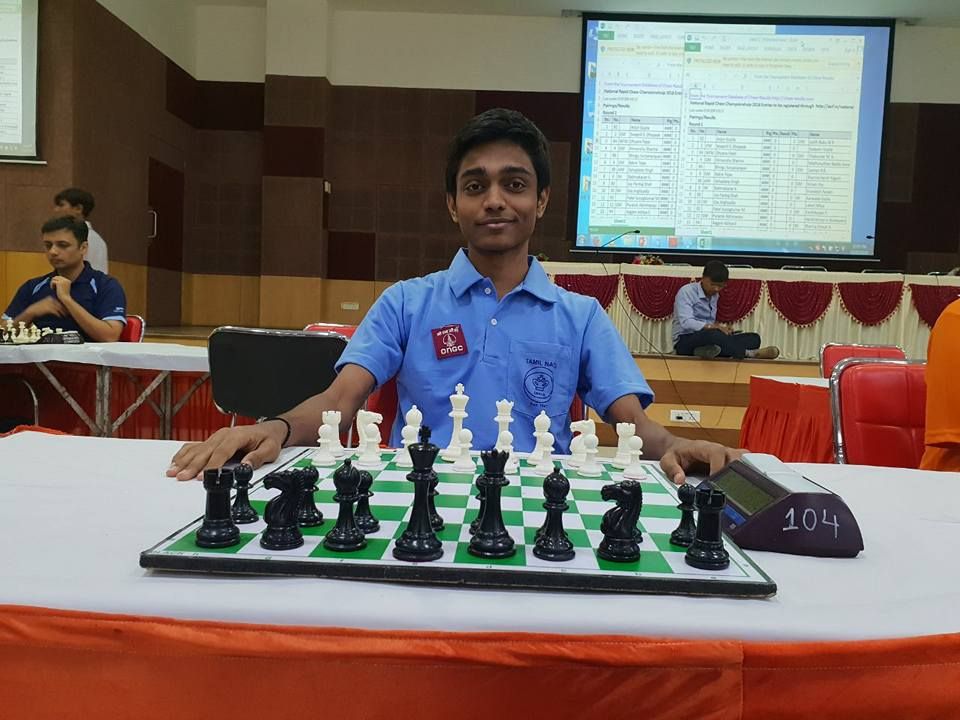 Have a look at this win by Aravindh against Ravi Teja. The simplicity with which he won the game is just unbelievable! 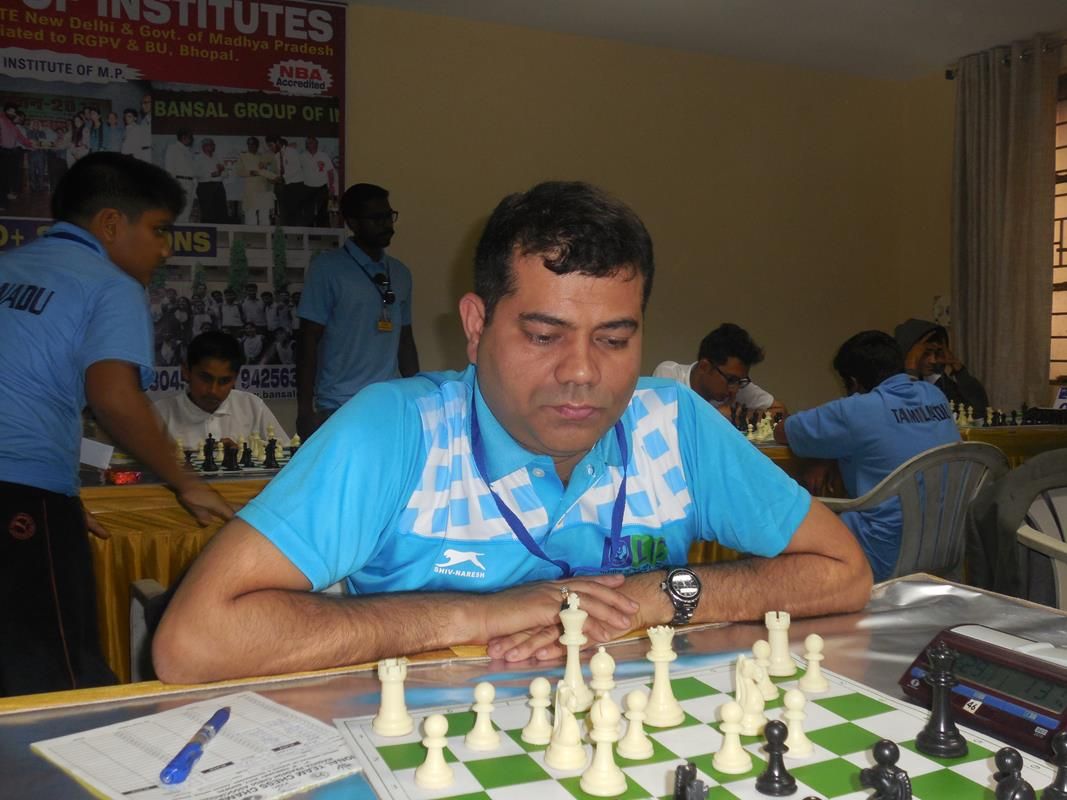 One of the powerpacked performances was provided by IM Dinesh Kumar Sharma. He was the only one to beat the eventual winner Lalith Babu. He lost the last round, otherwise he would have had the chance to become the National Rapid champion. Spoiler alert: Dinesh did go on to become the National Blitz Champion. A full report will follow on this shortly. | Photo: ChessBase archives 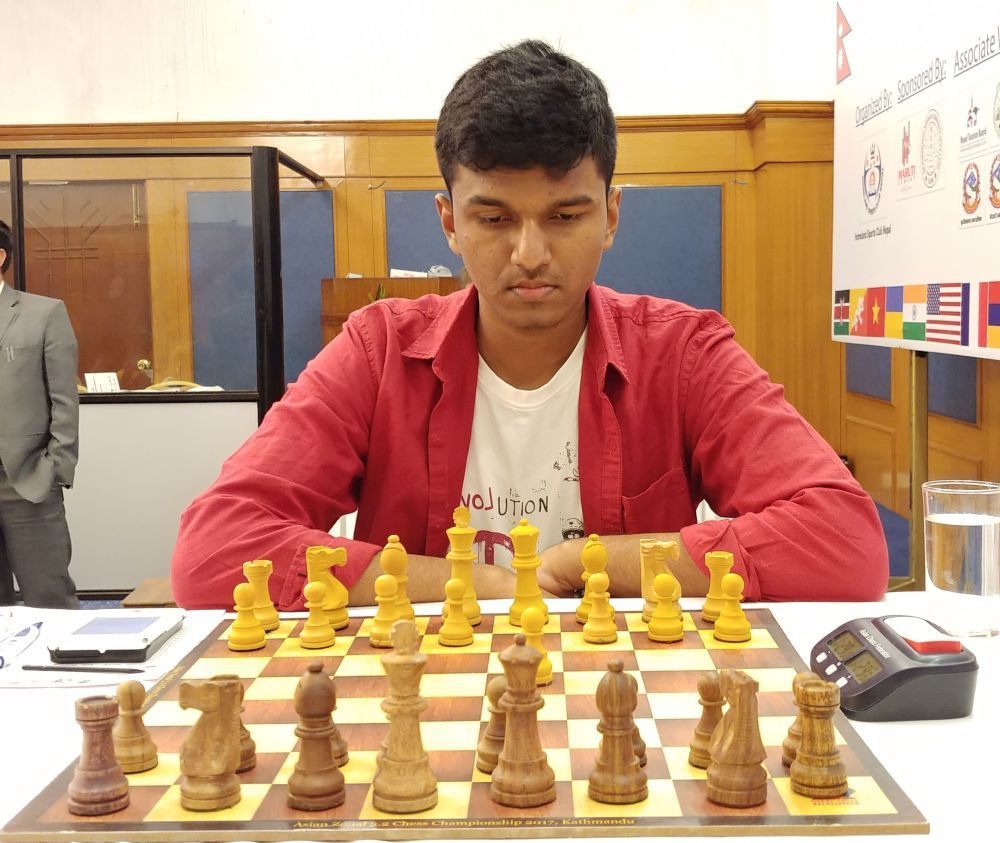 Harsha Bharathakoti is an IM and has an Elo of 2400+ in Classical chess. However, in rapid he is grossly underrated and with a rating of 2078, he went on to gain nearly 80 Elo points when he finished fourth. | Photo: Nongsha Angom 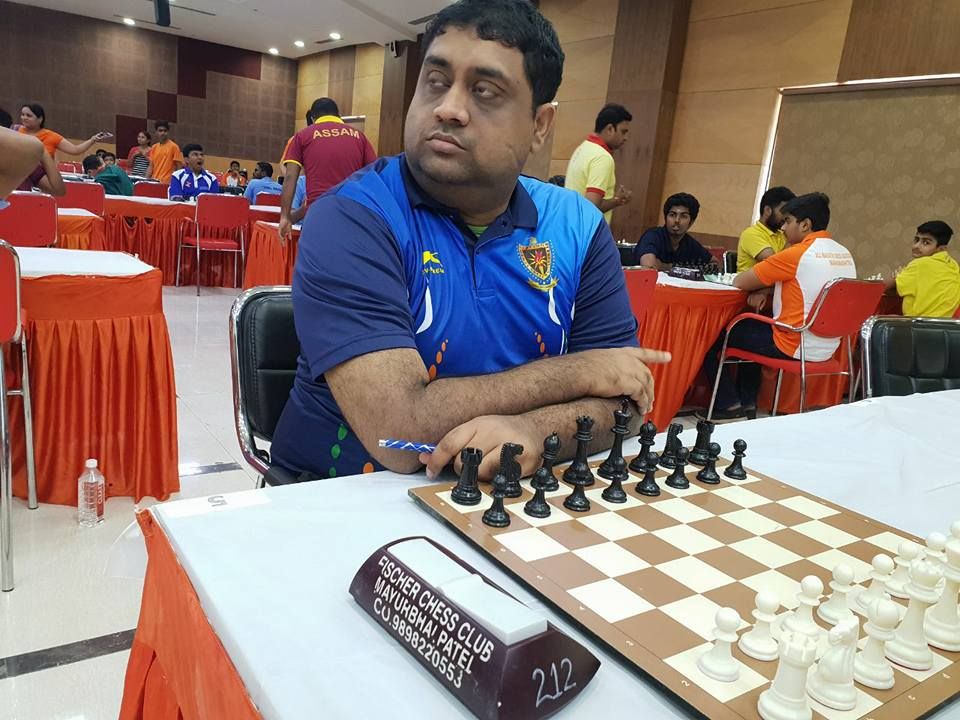 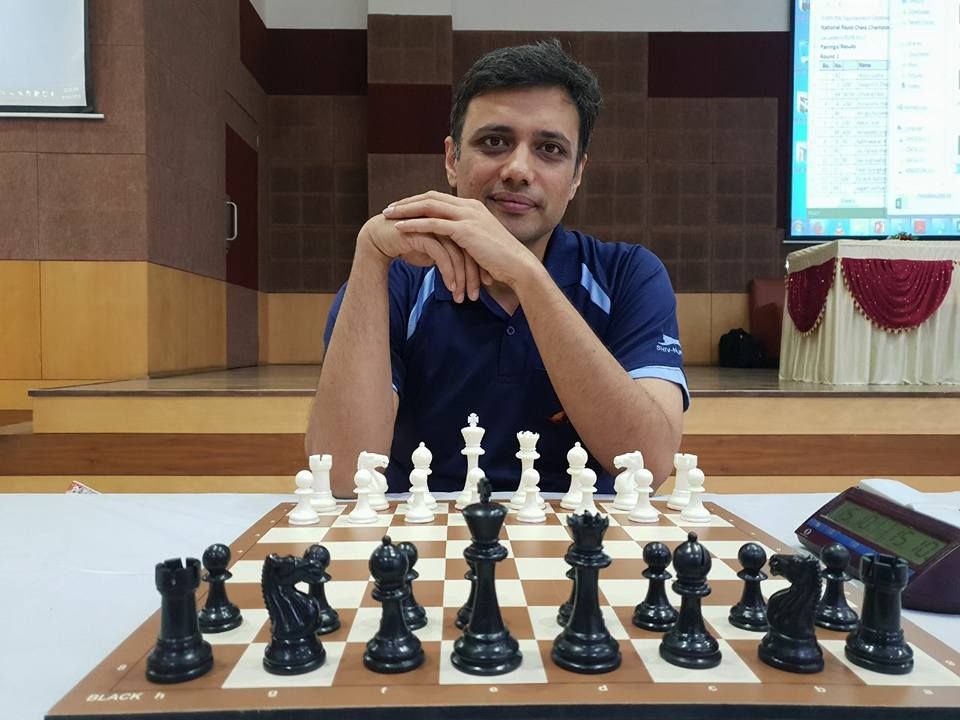 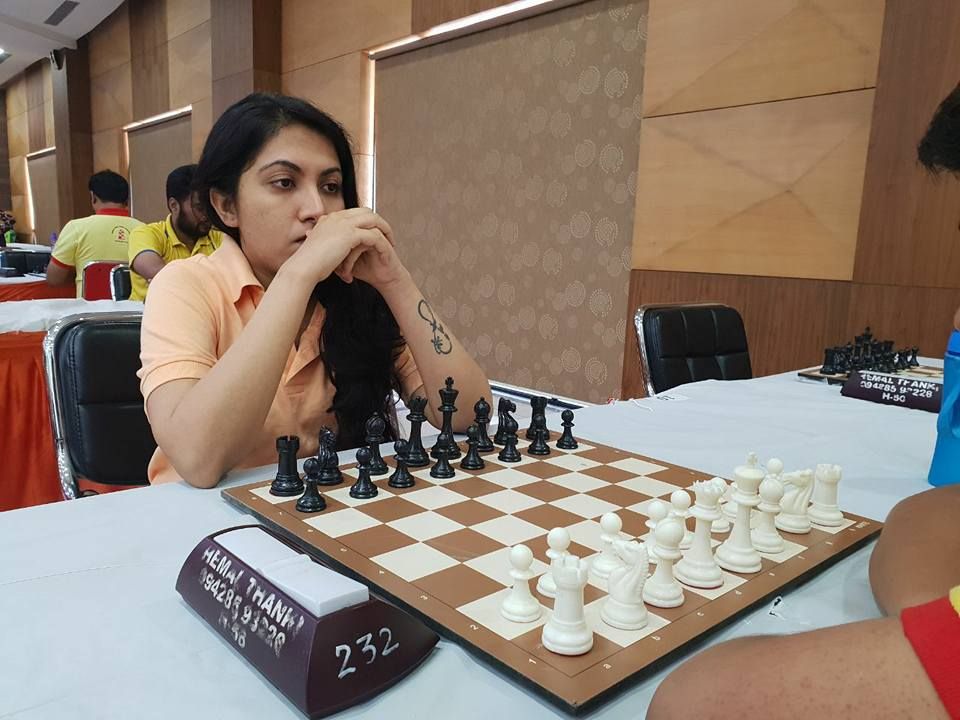 Eesha Karavade scored 7.5/11 and was the best woman player at the event | Photo: Ankit Dalal

At the time of publishing the National Rapid report, the National Blitz also came to an end. We publish the standings for you, with a final report to soon come your way.