Breaking: Vladimir Kramnik gets the wild card for Candidates 2018

Indian chess fans had hope that Vishy Anand would qualify for the Candidates 2018 to be held in Berlin from 10-28 March 2018. However, it was not to be. Vladimir Kramnik receives the organizer's wild card for the event. Only two spots remain to be filled and they will be done via the FIDE Grand Prix. As of now it is Karjakin as the previous World Championship runner-up, Levon Aronian and Ding Liren via World Cup 2017 and Wesley So and Fabiano Caruana thanks to the ratings. Official release by Agon. | Thumbnail image: Amruta Mokal 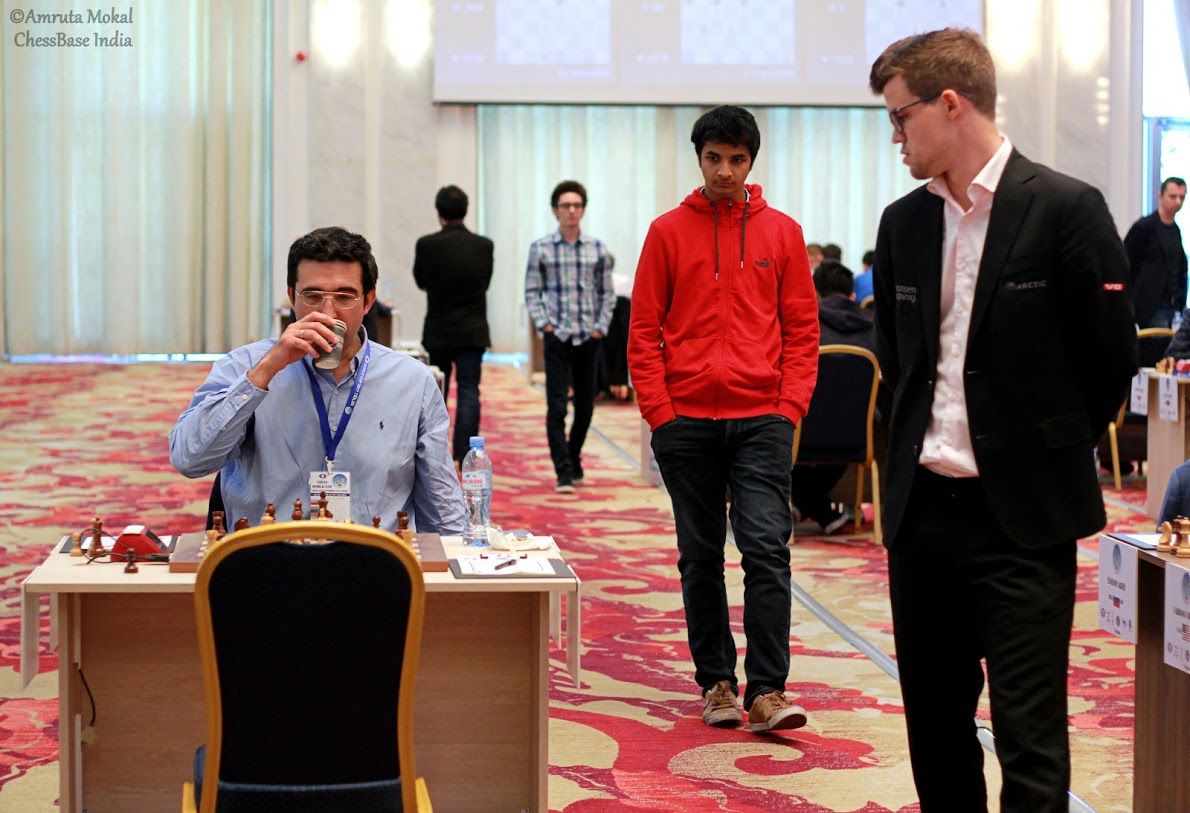 World Chess, the organizer of the 2018 FIDE World Chess Candidates Tournament, nominated GM Vladimir Kramnik (Russian Federation) as a Wild Card choice for the Candidates Tournament that will take place in Berlin, Germany on March 10 — 28, 2018. World Chess and FIDE have decided to issue its Wild Card nomination before the final leg of the World Chess Grand Prix Series in consideration of the fact that should the Wild Card choice be announced, it might affect the preparation and determination of players who are fighting for the Candidates qualification via the Grand Prix Series.

Ilya Merenzon, World Chess CEO, said: “We believe that inviting Mr. Kramnik to the Candidates will make the Tournament line-up the strongest possible and will ensure the choice of the best challenger to incumbent World Champion, Magnus Carlsen”. Vladimir Kramnik, 14th World Chess Champion, said: “I’d like to thank everyone who helped my nomination to the Candidates. Usually, the chess world’s attention is drawn to the tournament and taking part in it is a challenge for any grandmaster. I hope to show worthy performance and fight for first prize!” 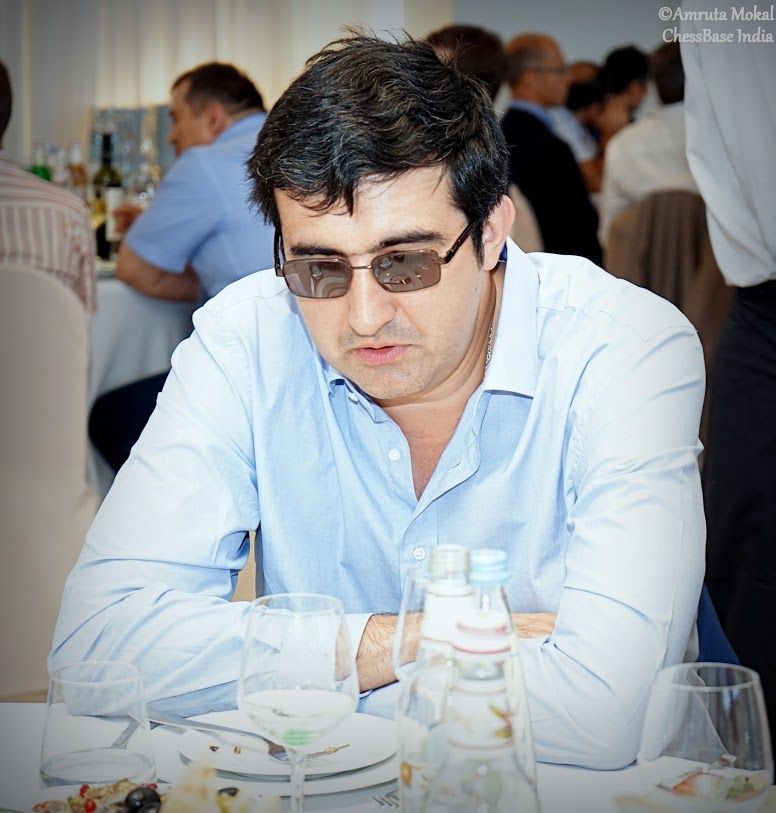 Kramnik was the World Champion until 2006. Can he weave his magic and get a match after 12 years! | Photo: Amruta Mokal

Andrey Filatov, President of the Russian Chess Federation said: I am pleased that FIDE and World Chess had selected Kramnik. For over 20 years he is in the top three world’s strongest chess players, and for seven years he’s been the World Champion. Kramnik is extremely popular among chess players and his participation will certainly generate additional attention and drama. Now Russia has at least two players who have a chance to become the challenger to the incumbent World Champion. With a bit of luck, the third contender, Alexander Grischuk, can join them. I very much hope that a Russian chess player will ‘capture Berlin’ and will face Magnus Carlsen in the Match in November of 2018”.

The World Chess Candidates, a dramatic tournament that determines the challenger for the World Chess Championship Match, will take place at Kühlhaus Berlin (Luckenwalder Str. 3, Berlin, Germany) on March 10—28, 2018. The prize fund will total €420,000, or an estimated $500,000 at the current exchange rate. In addition to €420,000, the prize will also include 10% of the pay-per-view revenues from the event. Tickets (both onsite and online) are available at https://worldchess.com/berlin/. Leading brands continue to support the Championship cycle and will be represented in the Candidates Tournament: EG Capital Advisors, an international asset management company, the Official Partner; Kaspersky Lab as World Chess and FIDE Official Cybersecurity Partner; S.T. Dupont as Official Writing Instrument; and Isklar as Official Water.

Participants at the Berlin Candidates 2018: 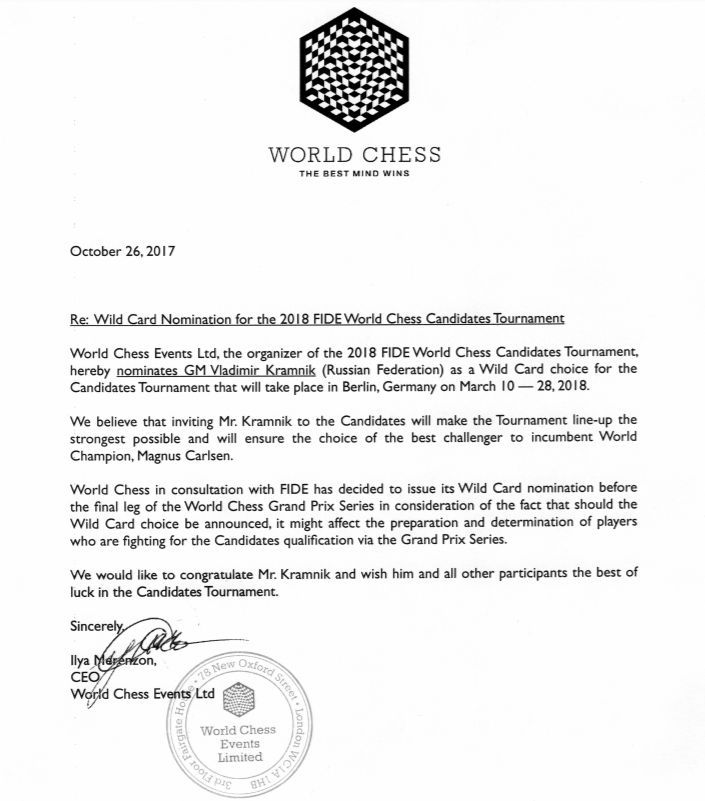