There is a pack of 14 players who are leading at the conclusion of sixth round in Kathmandu Open 2018. Harsha Bharathakoti tried hard to push for a win at the top board against Tarlev Konstantin in round 6 but he had to settle for a draw. Sandipan, Deep and Himal cruised forward with an easy win. Padmini Rout had to endure a prolonged same colored bishop endgame which she played correctly and eventually won the game. It is going to be an exciting round 7 as all fourteen players will try to extend their lead in the morning tomorrow. In this report, we bring you photos, games, video and interview. Photo: Nongsha Angom 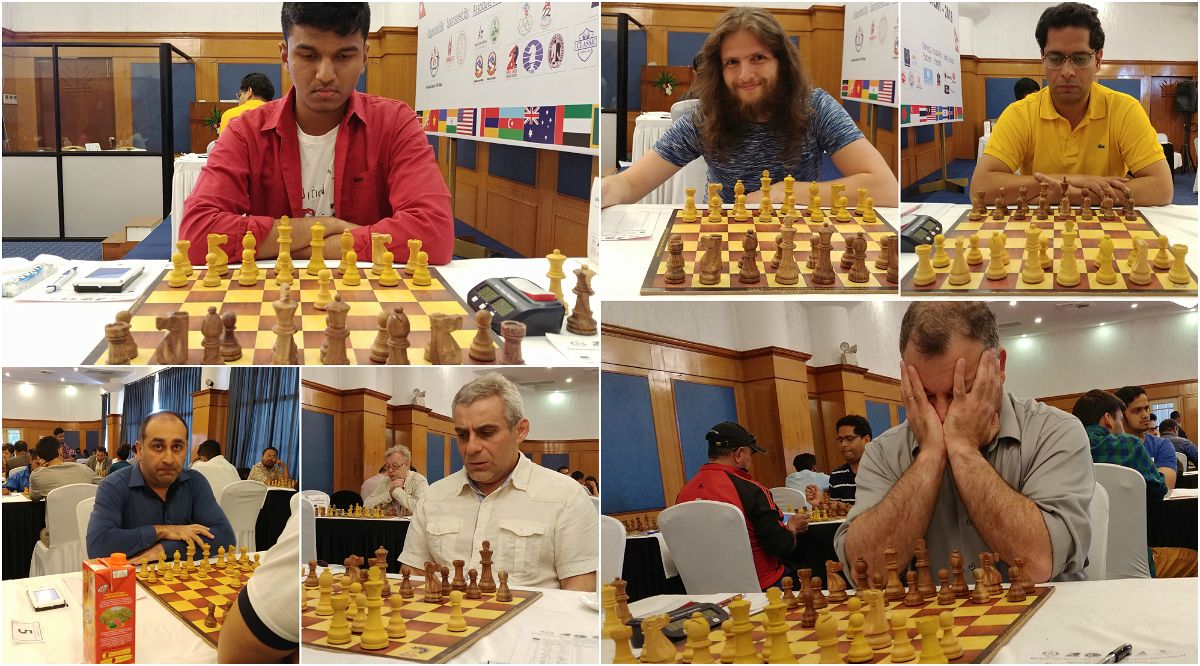 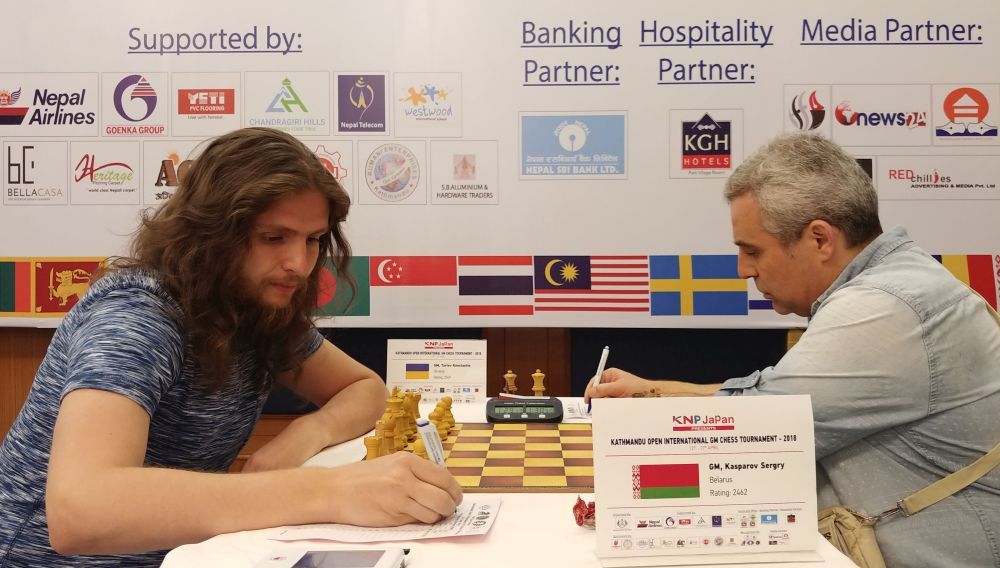 Tarlev Konstantin and Sergey Kasparov's game in Scandinavian Defence turned out to be an uneventful draw | Photo: Nongsha Angom 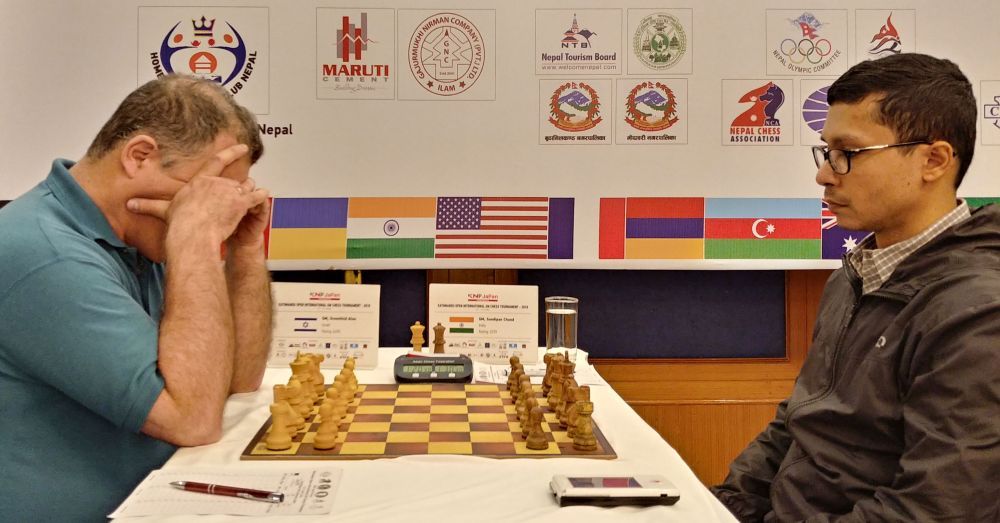 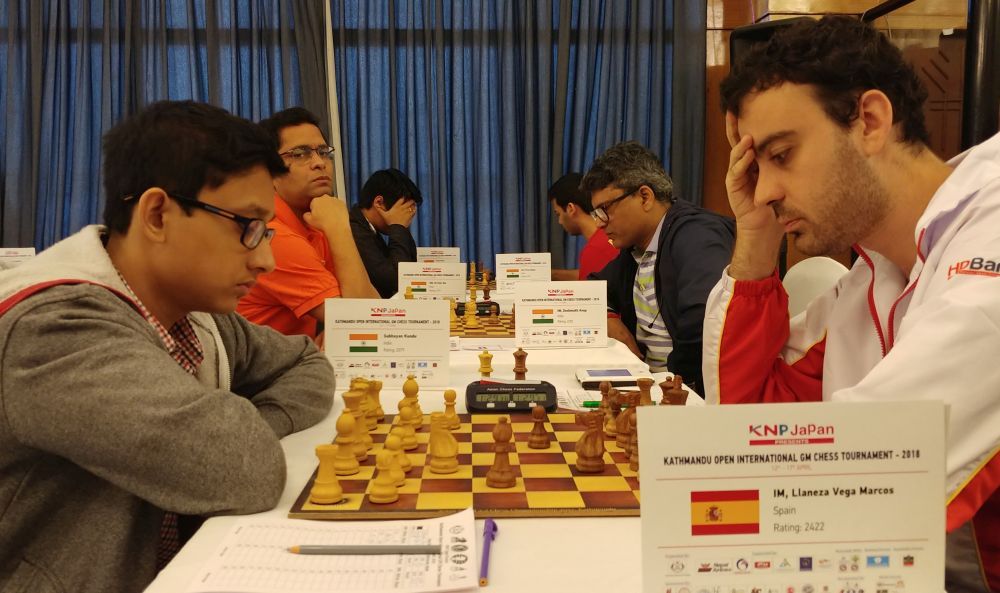 After round 6, there are fourteen players in the lead with 5 points a piece.

Top board game between Harsha Bharathakoti and Tarlev Konstantin was the most exciting game of the day, despite having a lot of fireworks in the game by Harsha, the game did not yield a decisive result. 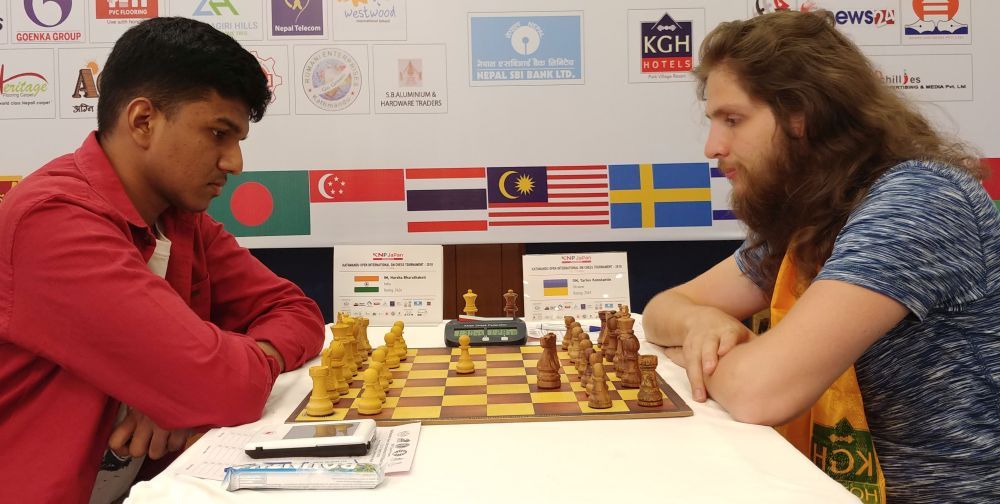 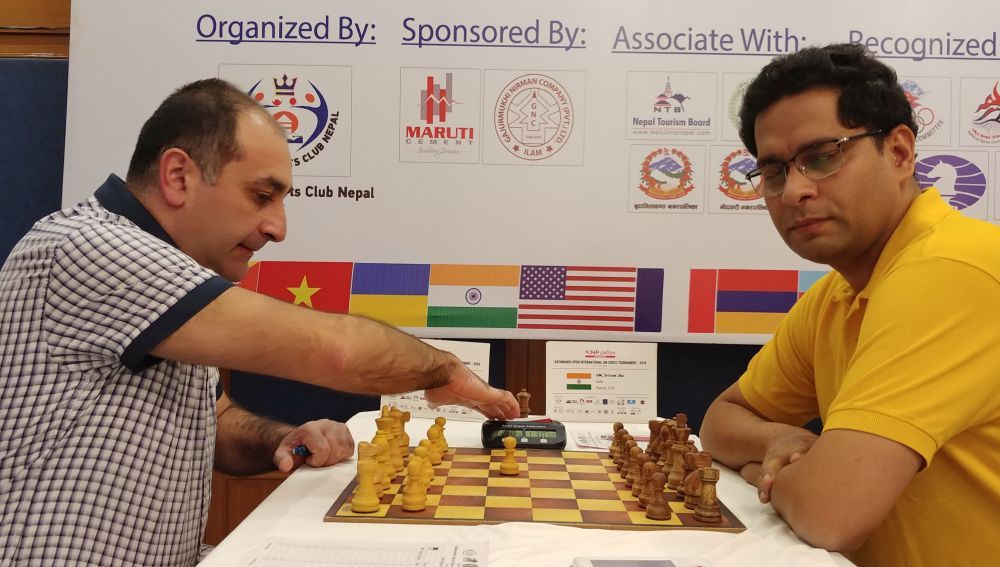 It's not about wins and losses always, sometimes it's about a kind and noble gesture. 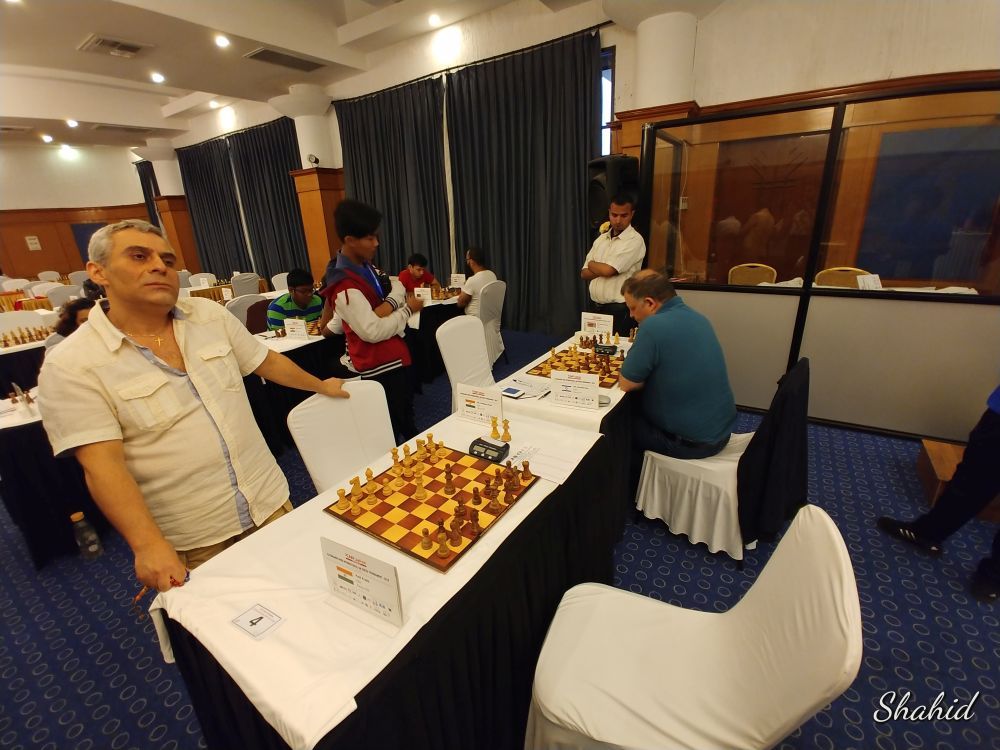 Sergey Kasparov shooed away a photographer, who was trying to take his opponent's photo, pointing at his wrist that his opponent is under time pressure

Previous articles of this tournament: