The third round of the Karpov Poikovsky International saw a face-off between Indian rising star, Vidit Gujrathi and the top seed of the tournament, Ian Nepomniachtchi. Nepo tried to unsettle Vidit with a gnarly novelty in the Queen's Gambit. But Vidit did not budge; playing solidly, he secured a comfortable draw in merely 20 moves. In another important game of the match, Dmitry Jakovenko defeated Emil Sutovsky in a thrilling heavy piece endgame. With this win, Jakovenko has joined Nepomniachtchi as the tournament leader. Report.

Three games finished a decisive result at the Karpov Poikovsky tournament in Poikovsky Russia. For the Indian star at the event, Vidit Gujrathi, the round was to pose a big test. He was to face the top seed of the tournament, Ian Nepomniachtchi. With two wins in two rounds and a 40 point rating advantage over Vidit, Nepomniachtchi was clearly the favourite to win the game.

But Vidit also had certain trumps in his favour. For starters, Vidit had the white pieces. Also, Vidit’s opening preparation has always been top notch and it wasn’t an easy task for Nepomniachtchi to achieve a trifecta with the black pieces in hand. Moreover, these are only the early stages of the tournament and there was no need for Nepomniachtchi to push too hard for a win. One rash move is all it would take for Vidit to turn the tables in his favour. 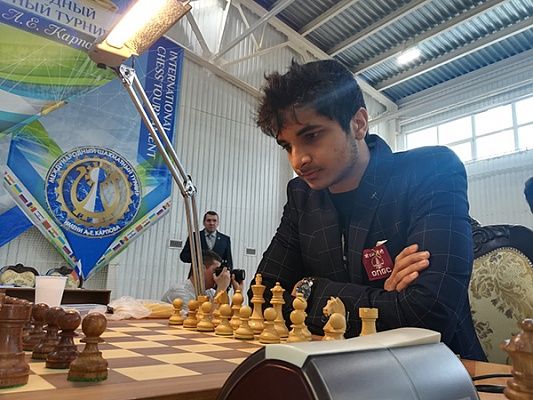 Vidit remained solid as ever against the top seed of the tournament, Ian Nepomniachtchi | Photo: ruchess.ru

Vidit began with the non-committal 1.Nf3. Nepo answered by moving his queen’s pawn two squares and soon a Queen’s Gambit position was reached. Nepo tried unsettling his young Indian opponent by thrusting his pawn to g5 on his 8th turn, thus uncorking a novelty. Vidit reacted well by stopping any further advance of the g pawn and then breaking open the queenside with h4. 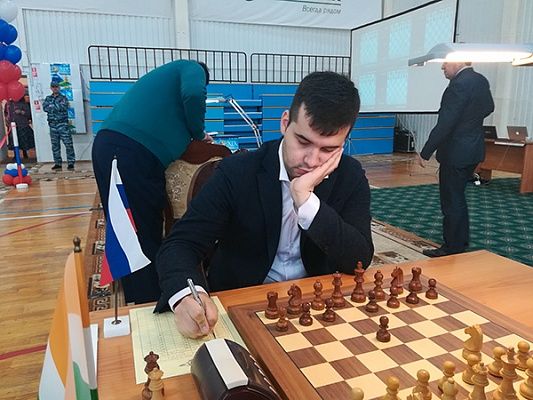 Even in the non-toxic looking Queen's Gambit, Nepo had some tricks up his sleeve | Photo: ruchess.ru

Nepo answered with a pawn break in the center and this led to a complete liquidation. Having exchanged queens and two sets of minor pieces, an equal endgame was reached by move 20 and players agreed to a draw at this point. 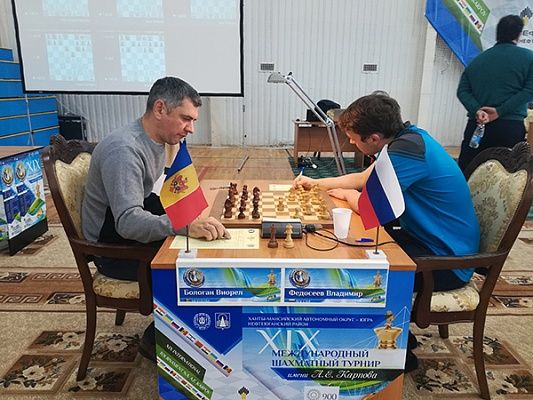 The game between Vladimir Fedoseev and Victor Bologan was only slightly longer, lasting 23 moves | Photo: ruchess.ru

The big difference in this one, however, was that this was a decisive game. Bologan, who had the black pieces in a Queen’s Indian Defence, began to play in a rather reckless manner starting move 12. Thanks to this, Fedoseev got a great position out of the opening. As play progressed Bologan continued playing recklessly and a major blunder on the 23rd move spelt doom for the Moldovan GM.

Another startling game was the one between Emil Sutovsky and Dmitry Jakovenko. The game just goes on to show how cruel chess can be – one slip and it’s all over. In the endgame that arose from the 4.d3 Anti Berlin, Sutovsky was up a pawn. Both sides had a queen and a rook, and Jakovenko’s compensation lied in his active pieces and Sutovsky’s weak king. But with such limited material, it was hard to believe anything concrete would transpire. But just then, this happened! 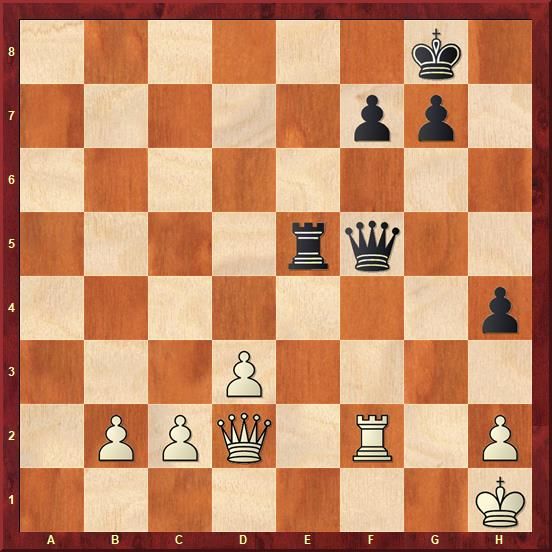 Sutovsky had just played 33.Rf2 here and after 33...Qe6, the threats around the white king began to become pronounced

33.Kg1 was necessary to hold the position together. After the text move, white’s position collapses like a house of cards. It still took some effort from Jakovenko but, in the end, he was able to bring home the full point. 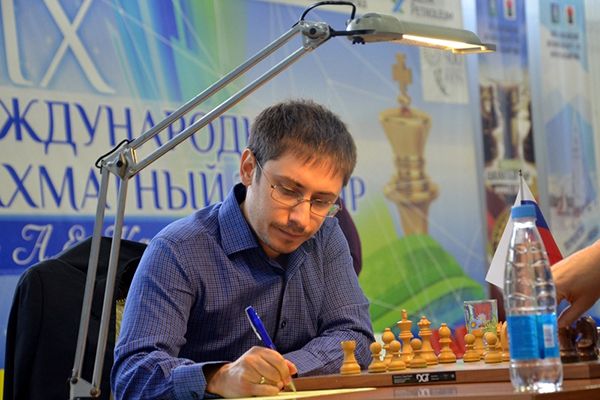 With this win, Jakovenko joined Nepomniachtchi as the tournament leader | Photo: Vasily Papin 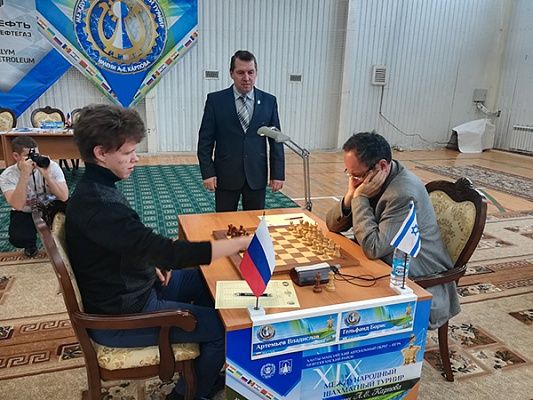 From the white side of a Slav Defence against Vladislav Artemiev, Gelfand managed to carve out an edge and maintain his stronghold on the position. The critical point of the game came on the 36th move when Artemiev ventured with his rook a bit too far into the enemy lines. After 36…Rb1, Artemiev did manage to win white’s a-pawn but got his rook caught in the mousetrap.

At the end of the third round, Jakovenko, with his win against Sutovsky, has managed to catch Nepomniachtchi in the lead. Both share first with a score of 2.5/3. Anton Korobov and Vidit Gujrathi are hot on their heels, only half a point behind at 2.0/3. Having scored their first wins of the tournament, Fedoseev and Gelfand share third place with a score of 1.5/3. With six more rounds to go, a lot of excitement awaits.