In the final two rounds of the Karpov Poikovsky International, Vidit Gujrathi scored a point and a half to finish fourth on the final leaderboard. In round eight, he defeated Anton Korobov and drew against Vladimir Fedoseev to complete his unbeaten run with a score of 5.5/9. Even though this isn't the best Vidit could have achieved, it's a commendable performance given that it was his first big closed event. Meanwhile, Dmitry Jakovenko cruised to the title prize with two tepid draws. A report on rounds 8 and 9.

The Karpov Poikovsky International came to a close on Tuesday with Dmitry Jakovenko clinching the title. In the last two rounds, Jakovenko hardly had to break a sweat. He cruised to victory with two tepid draws. Meanwhile, Gelfand scored a fine win in the penultimate round against Victor Bologan to step up a spot on the leaderboard and join Nepomniachtchi in the second place.

The only Indian in the fray, Vidit Gujrathi, finished fourth with a score of 5½/9.  After having lost his contention for the title in the seventh round, Gujrathi finally won his second game of the tournament in round 8. Playing against the Ukrainian GM Anton Korobov, Vidit opened with a king’s pawn. This itself was indicative of Vidit’s eagerness to mix things up somehow and pull a victory out. After all, it had been six games since he had scored a win. In the tournament, Vidit had tried three different ways of opening the game: with the king’s pawn, with the queen’s pawn and with the king’s knight. 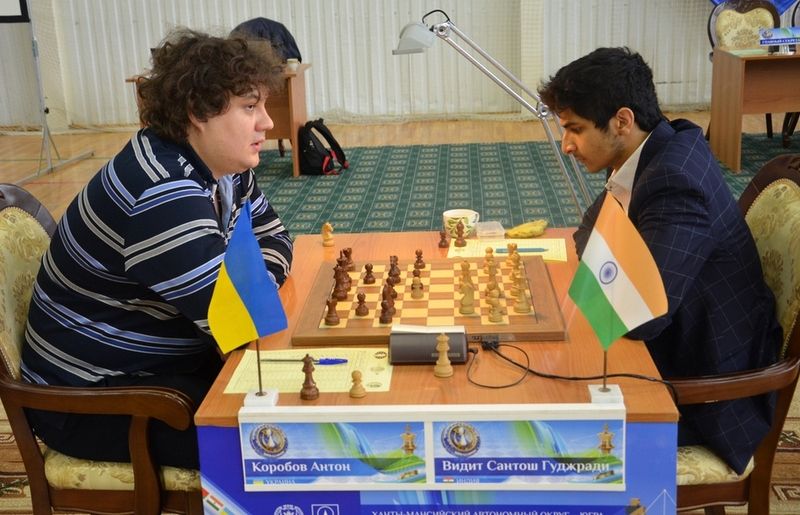 Gujrathi during his game against Anton Korobov in round 7 | Photo: Vasily Papin

Korobov answered with a Sicilian defence that eventually steered into the Najdorf variation. True to the spirit of the Najdorf, a fighting game was played by both players. Kings were castled on opposite wings and pawns of both colours stormed at the enemy monarch. Out of the opening, Vidit gave up a pawn and generated excellent play on the kingside. And as play progressed some really nice positional moves won him another pawn. In the final phase of the game, Vidit carefully pushed his queen rook pawn up the board threatening to queen it. With no counterplay against the white king, Korobov tried making something happen with a piece sacrifice on his 54th turn. But once he had run out of checks, it was lights out. 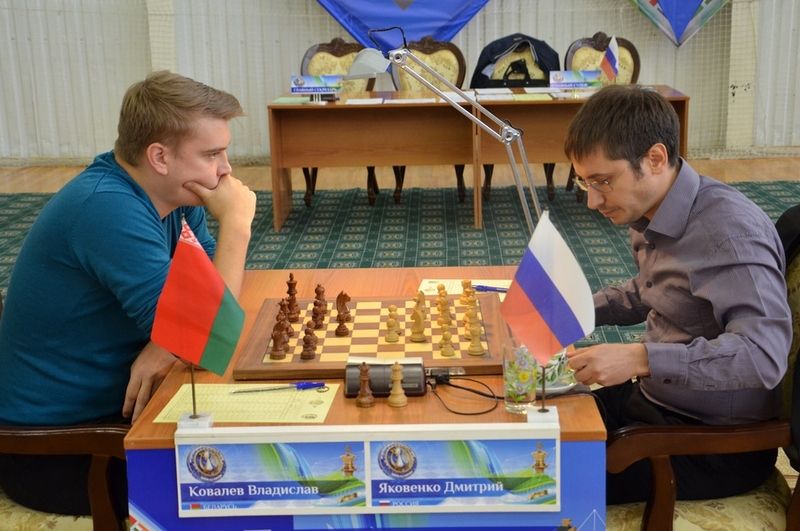 Jakovenko kept his half point lead with a quick draw against Kovalev | Photo: Vasily Papin

Meanwhile, the tournament leader, Dmitry Jakovenko, kept moving forward with a steady pace securing a short draw against Vladislav Kovalev. Kovalev’s choice of the Classical King’s Indian Defence against Jakovenko set the stage for an exciting game on the top board of the penultimate round. Perhaps, Kovalev was hoping for a full-blooded fight. But before Black could conduct the characteristic kingside attack of the King’s Indian, the game fizzled out into a draw. Nothing much came out of the opening and all it took was a mere 26 moves for the game to end peacefully.

In the other big matchup of the round, Ian Nepomniachtchi surely desired to catch up with the leader by winning his game. But the plain reality was that he was struggling even to keep his second place spot. A couple of moves before reaching the first time control, he was completely busted against Vladislav Artemiev. 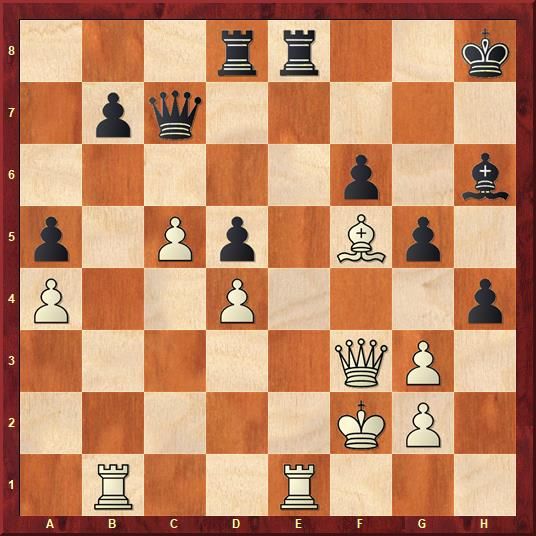 Here, Artemiev had a couple of minutes to consider his options here before making his final move of the time control. 40.Qh5 would have been crushing here. After 40...Qg7 white has 41.Rd6 and now if the rook is taken white's passed pawn becomes overwhelming and if it isn't, the white rook penetrates with decisive effect via d7.

But Artemiev went with 40.g4. This was still winning but it wasn't as easy anymore. And Nepo seized the opportunity to create complications. 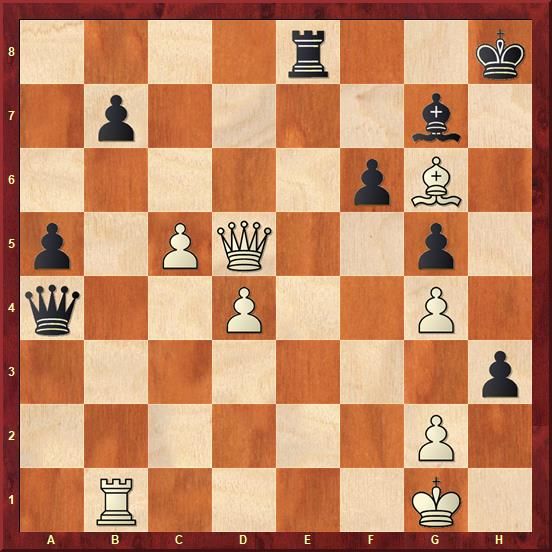 Here, White is about to crash in with Rb3 or Rxb7. Black is desperately in need of counterplay but there is hardly any. Nepomniachtchi decided to give up an exchange here with 46...f5. After 47.Bxe8 Qxe8 Artemiev cracked with 48.gxf5  allowing 48...Qe3+  that eventually led to perpetual checks. 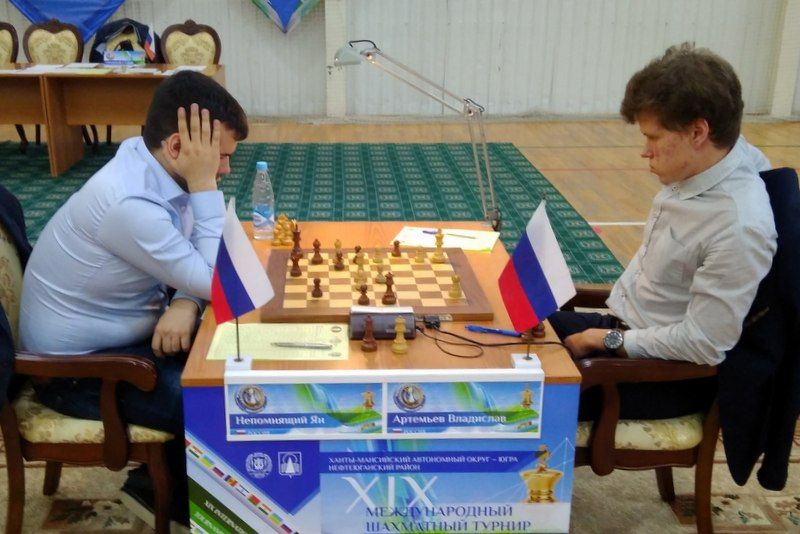 With Nepomniachtchi's game drawn, Boris Gelfand got a chance to catch up for the second place and had the perfect opportunity to achieve this. He was pitted against Victor Bologan, who has lost all of his games in Poikovsky except his second round game where he drew Korobov. 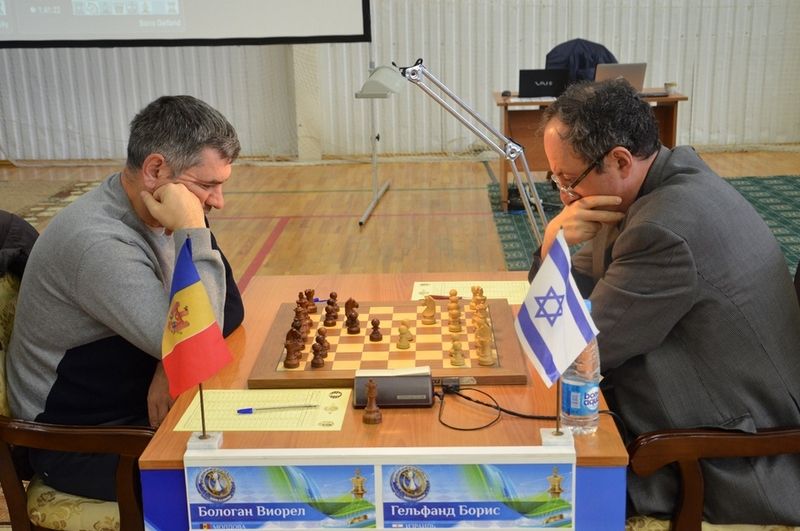 Gelfand missed a few opportunities but managed to pull out a win in the end against Bologan | Photo: Vasily Papin

In the game, however, Gelfand had to content himself with only a slight edge out of a closed Catalan. After a few ups and downs, on the final move of the first time control, Bologan gave away a pawn and, with it, the advantage to his opponent. There were still a few ups and downs in the game but, in the end, Gelfand managed to pull out a win.

In the grand finale, Ian Nepomniachtchi had the white pieces against the tournament leader, Dmitry Jakovenko. If he could manage to carve out a victory in this game, he would overtake Jakovenko as the tournament leader and clinch the title. But the Russian GM accepted a tame draw in merely 27 moves. 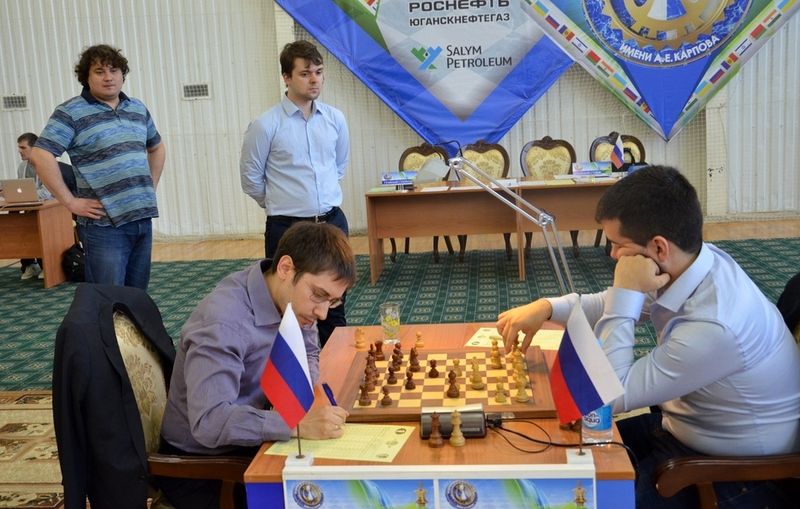 Nepomniachtchi's play seemed rather insipid in the final round | Photo: Vasily Papin

For much of the tournament Nepomniachtchi had been very ambitious, trying hard to win not only with white but also the black pieces. But something went wrong quite badly towards the end. Perhaps, his draw against Artemiev from the previous round had taken a toll on his attitude, perhaps he just wanted to play it safe and was happy with second place; it's hard to tell. One thing is certain, though, that this was really uncharacteristic of him. 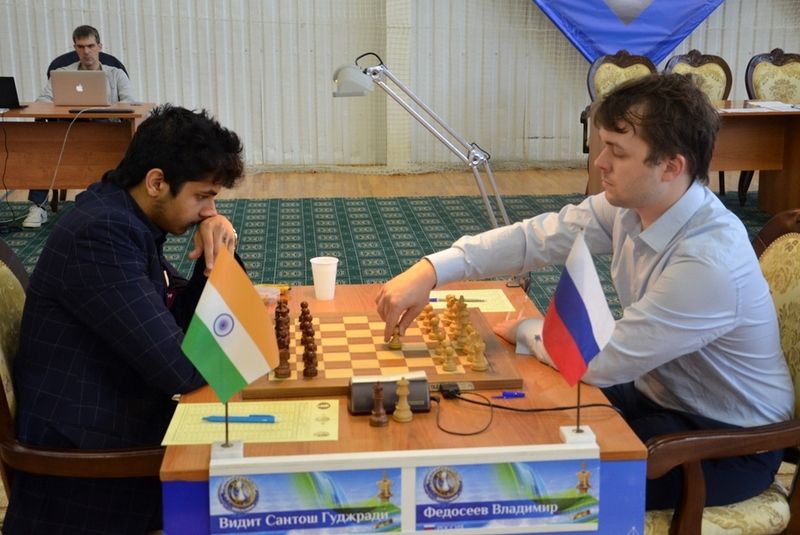 Fedoseev's game against Vidit was a 78-move-marathon | Photo: Vasily Papin

Vidit was playing Vladimir Fedoseev in the final round. With the black pieces in a London System, Vidit was able to equalize comfortably out of the opening and even inflicted a structural weakness in Fedoseev’s pawn structure by giving up his bishop for a knight. Post a few exchanges, Vidit also established a stronghold on the only open file on the board. But despite all of the positives of Vidit’s position, Fedoseev’s space advantage gave his pieces a little more mobility. Moreover, his bishops controlled all the penetration squares on the king’s file where Vidit had his stronghold.

A long manoeuvring game ensued in which neither side seemed sure of what the right plan to continue was. Also, it must be mentioned that there was no real point of entry for either side. After playing it out for 78 moves, the players decided to sue for peace and call it a day. 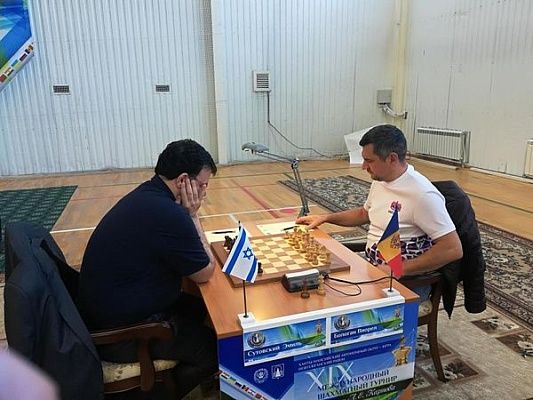 Most other games were also drawn but there was still one more surprise remaining. Victor Bologan finished the tournament on a high note scoring his first win of the tournament against GM Emil Sutovsky!

Sutovsky, for some reason, had his crazy hat on in the final round. With the black pieces, he went all out for an attack in a Two Knights game but fell on his face quite soon. Sutovsky had been extremely aggressive since the start of the game. On his 14th turn, Sutovsky plunged into the white camp with his queen and then grabbed Bologan’s knight overlooking that his queen was about to get trapped in the centre of the board! Bologan did not miss his chance this time and played the best continuation. Sutovsky limped on for a few more moves after this but the result of the game was never in doubt after this. Bologan converted without much trouble.

With his draw in the final round, Vidit Gujrathi finished fourth at the event behind the title winner Dmitry Jakovenko and Ian Nepomniachtchi & Boris Gelfand who shared the second place (Gelfand was placed third on tiebreak). Considering that this was Vidit’s first big closed event, this was a commendable result by the young lad. He did not lose a single game in the tournament and gained 7 rating points. Not to mention, had it not been for the little mishap against Boris Gelfand in round 5, when Vidit was held to a draw from a winning position, his result might have been even better.

ditya Pai is an ardent chess fan, avid reader, and a film lover. He holds a Master's in English Literature and used to work as an advertising copywriter before joining the ChessBase India team.