Using chess to make a difference - The "Invest in Chess" initiative

The Invest in Chess is a very unique mission started by a student at the University of Chicago, Sharan Subramanian. The idea of this initiative is not only to spread, teach, and promote chess, but also to raise awareness of its numerous practical and educational benefits. They try to make it easier for more people to have access to chess because it is, truly, more than a game. Invest in Chess focuses especially more in underprivileged communities. Their goals are to use chess as a tool that can help increase the high school graduation rate and decrease the crime and violence among youth. Below is a report and photos by Sharan where he shares his journey so far and makes an appeal to all the chess loving family to be a part of this initiative.

My name is Sharan Subramanian. I’m currently a student at the University of Chicago and the Founder/President of Invest in Chess, a service-based chess advocacy initiative. I began playing chess in middle school, and after playing chess competitively through high school, I decided to start Invest in Chess not only to teach chess, but also to raise awareness of its many benefits. 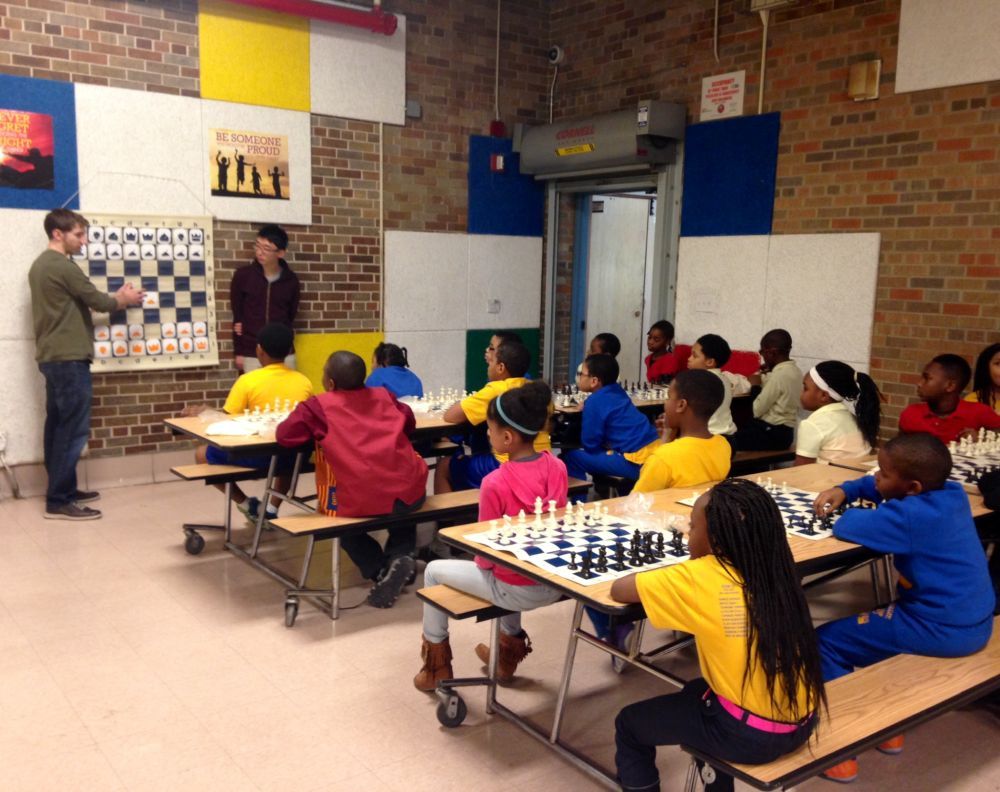 Here in Chicago, my peers and I have engaged in a variety of projects through Invest in Chess. Most prominently, we have been teaching chess at Andrew Carnegie Elementary, a Chicago Public School, since January 2015. Moreover, we have organized multiple tournaments between Chicago Public Schools. These tournaments have been held on the University of Chicago campus, and all kids in attendance have thoroughly enjoyed the opportunity not only to play against students from other schools, but also to explore a college campus and learn more about postsecondary paths they can pursue. Seeing as we have also worked with local nonprofit organizations to promote the game of chess through outreach events and start a chess club on the South Side of Chicago, the bulk of our work has clearly been done in Chicago. 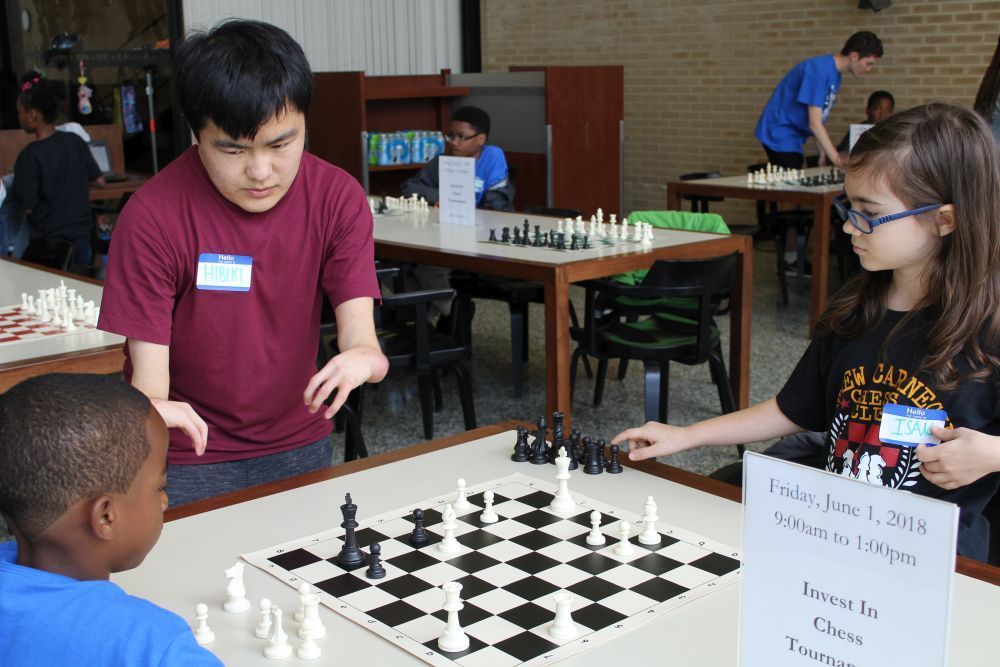 Hibiki Sakai is one of the team member. A still from the recently concluded Invest In Chess Tournament | Photo: Natalia Wilson 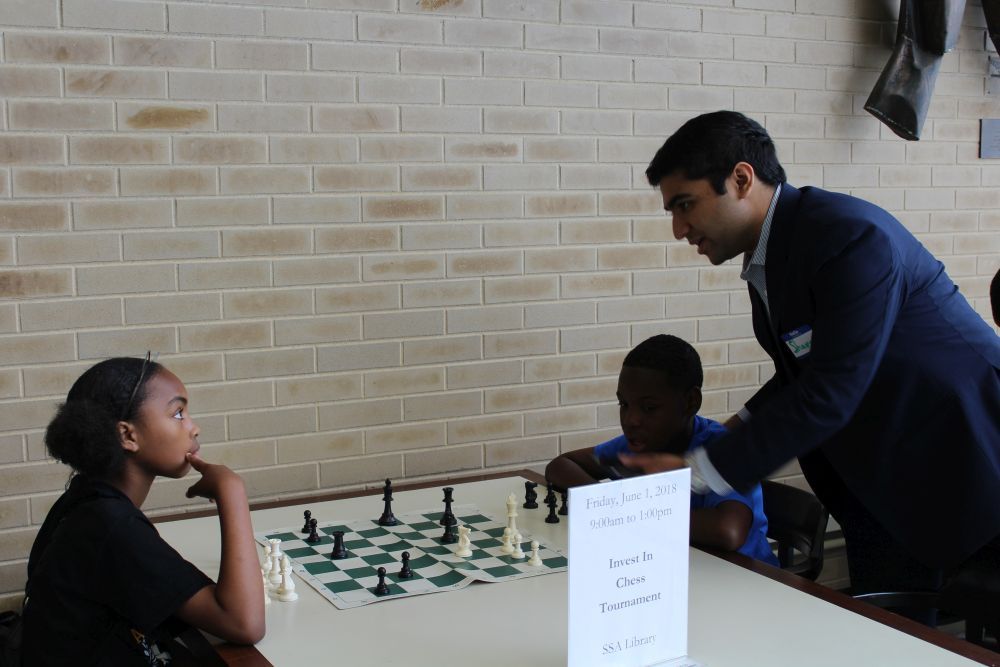 President of Invest In Chess, Mr. Sharan Subramanian feels that it is his responsibility to share his knowledge and never misses an opportunity | Photo: Natalia Wilson

Nevertheless, we have endeavored to promote chess outside of Chicago as well. Indeed, a substantial portion of our work has taken place in Cleveland, Ohio. Here, in addition to helping organize a tournament for hundreds of students, we recently partnered with the Cleveland Public Library to host their first Kids’ Chess Fest. 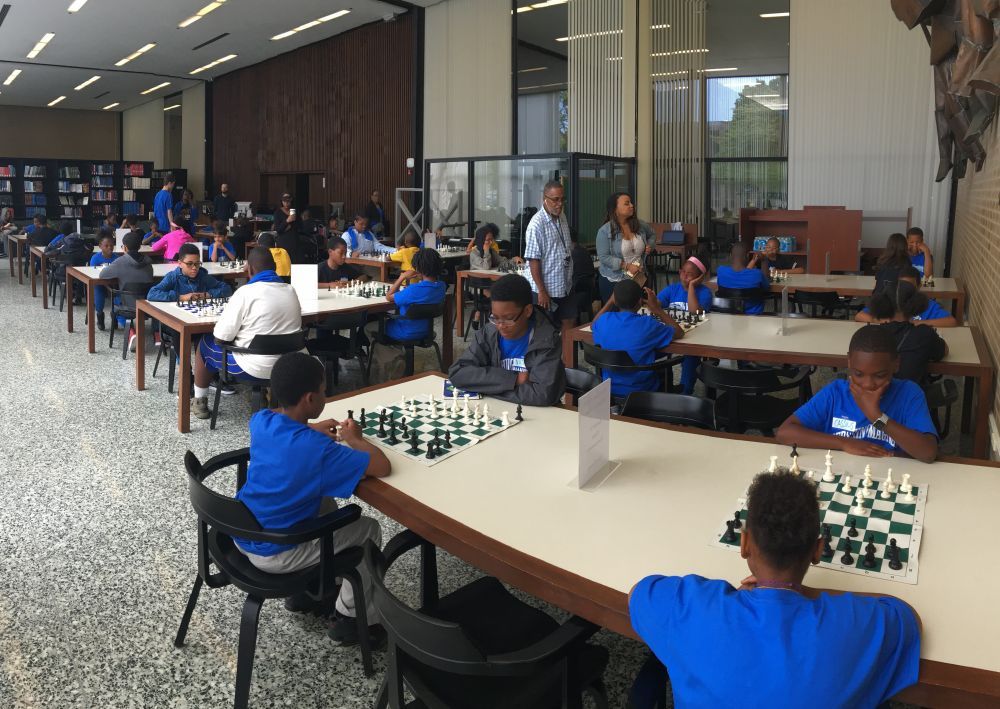 Invest In Chess is helping hundreds of students by organizing tournaments, coaching camps and various events for them.

One of our goals is to soon be able to make an impact abroad as well. For instance, as an Indian, it would be very meaningful to me to play a part in fostering the tremendous amount of talent present in the youth of India. 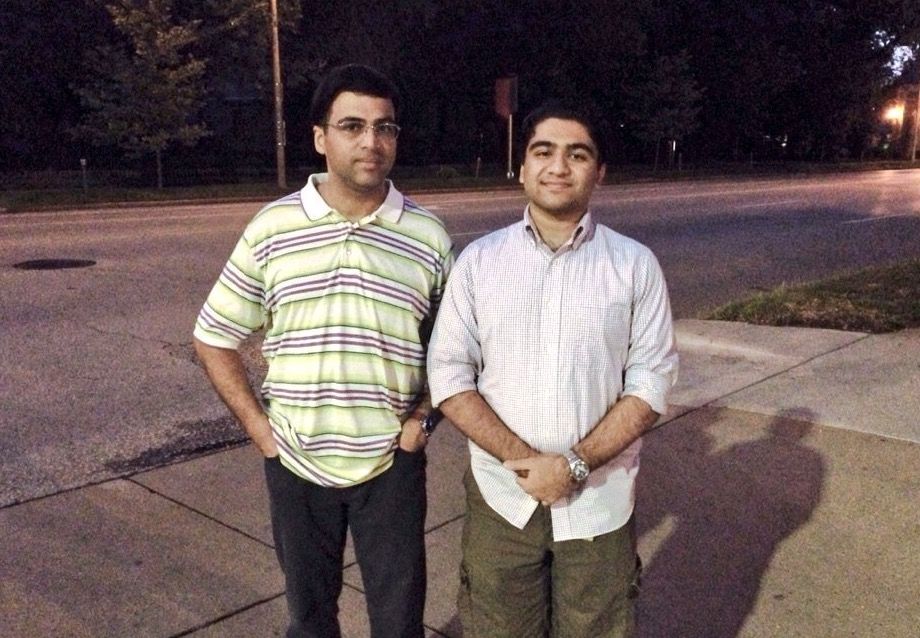 Sharan was lucky enough to meet his Idol, Vishy Anand back in 2016 and spoke to him about the invest in chess initiative.

Moreover, I’d like to note that Grandmaster Viswanathan Anand is my chess idol. I was fortunate to meet him during a trip I made to St. Louis during Summer 2016; he had come to St. Louis to play in the 2016 Sinquefield Cup. I met him one evening as he was taking a walk around the Central West End neighborhood with one of his seconds. Though I did not want to stop him for long, I was fortunate to briefly speak with him and take a picture. We spoke not only about my background and the work my peers and I were doing in Chicago to teach and promote chess, but also about my connection to Chennai and my experience learning chess from Grandmaster R. B. Ramesh, one of his friends. I concluded our conversation by thanking him for his time and wishing him luck in the remaining rounds of the Sinquefield Cup. 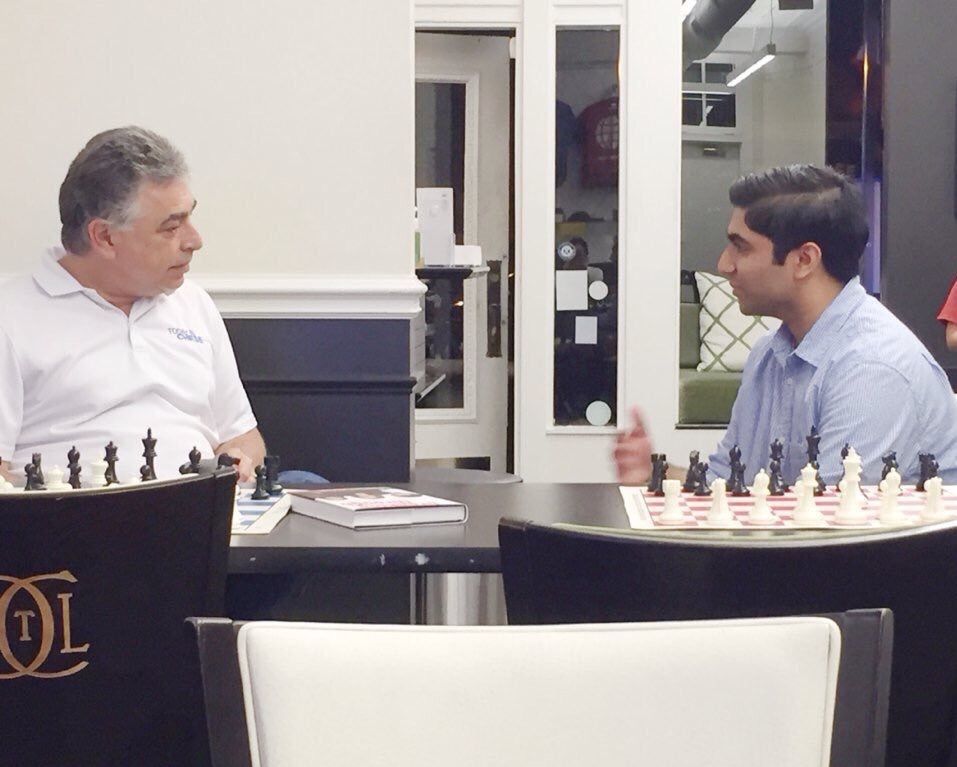 Sharan has worked in past with one of world's best live-commentator and successful author, Yasser Seirawan 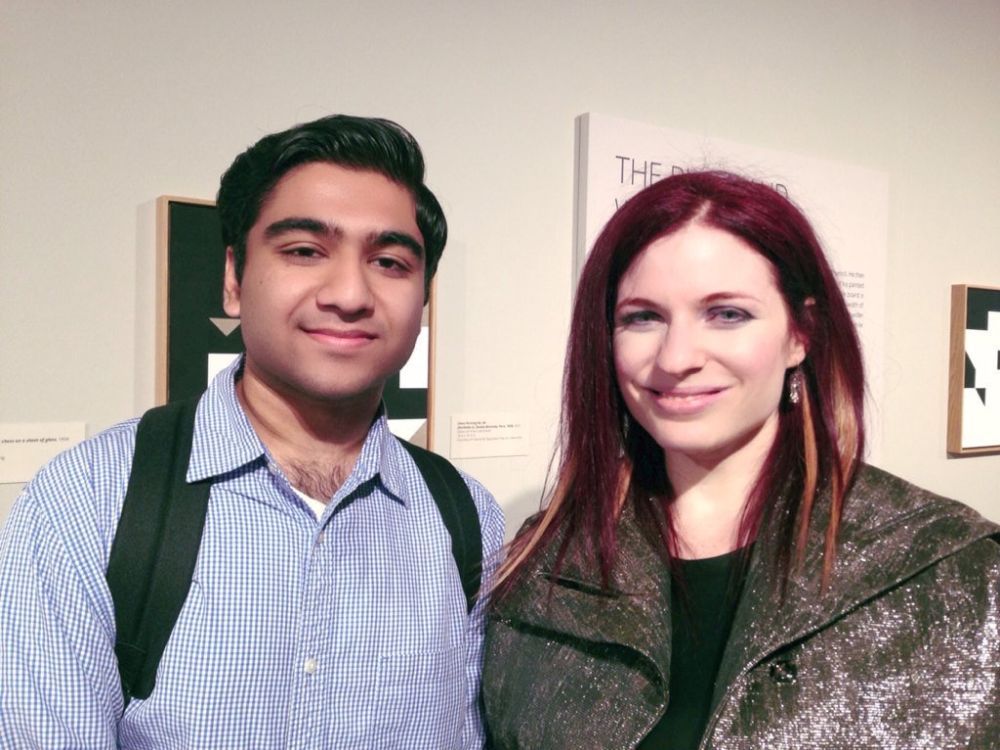 He also have worked with former US Women Champion, WGM Jennifer Shahade.

During this trip to St. Louis, I was fortunate to meet a few more chess players that I admire: Grandmaster Yasser Seirawan and Women’s Grandmaster Jennifer Shahade. GM Seirawan and WGM Shahade have been instrumental in raising chess’ profile in America. As a result, they are undeniably role models for my peers and me as we attempt to similarly spread the game. We are fortunate to have worked with them in the past, and we are grateful for their continual advice and mentor-ship.

To learn more about Invest in Chess, please visit www.investinchess.org. You can also learn more either by contacting them at investinchess@gmail.com, or by visiting one of their social media pages:

This article has been edited by ChessBase editor Nongsha Angom