16-year-old IM Nguyen Anh Khoi of Vietnam won Asian Junior 2019 in open category with an emphatic 8.0/9, finishing a full point ahead of the runner-up IM Raghunandan K S of India. Anh Khoi also won Gold in Rapid format. Among the girls, WFM Serikbay Assel, despite suffering two consecutive losses in round 5 and 6, bounced back strong and finished at 7.0/9 to clinch the Gold., edging out WIM Vantika Agrawal on tie-break as she also finished with the same score. Vantika also won Silver in the Rapid format. IM Novendra Priasmoro, FM Sagita Catur Adi and WFM Sharfina Juwita Ardelia are the Silver in open Rapid, Bronze in open Standard and Bronze in girls Blitz medal winners respectively. Photo: Mulyadi R 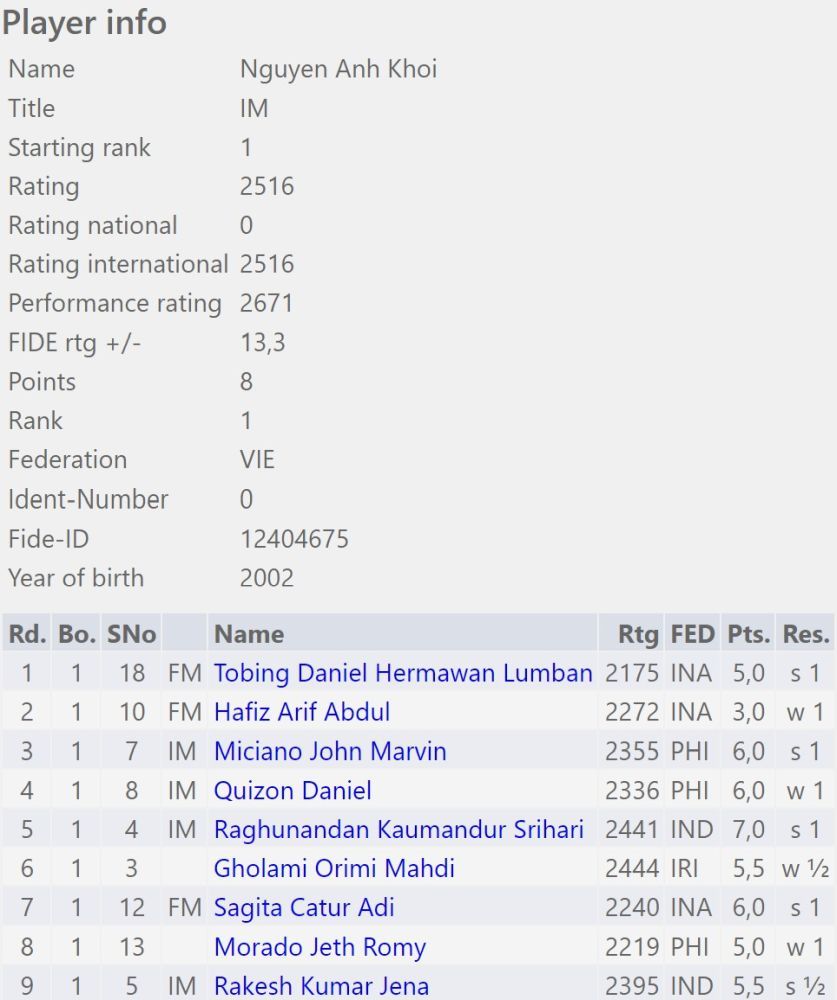 Top seed of the tournament Anh Khoi started out the tournament strong with five consecutive wins which gave him a full point lead over the rest of the field. In the fifth round he defeated the eventual Silver medal winner IM Raghunandan K S in King's Indian Defence. Raghu had a balanced position, until he made the mistake of playing 28.Ne4. Find out why it is a mistake

Anh Khoi's best game was against Morado Jeth Romy (PHI, 2219) in the penultimate round where he completely destroyed his opponent with a devastating attack. 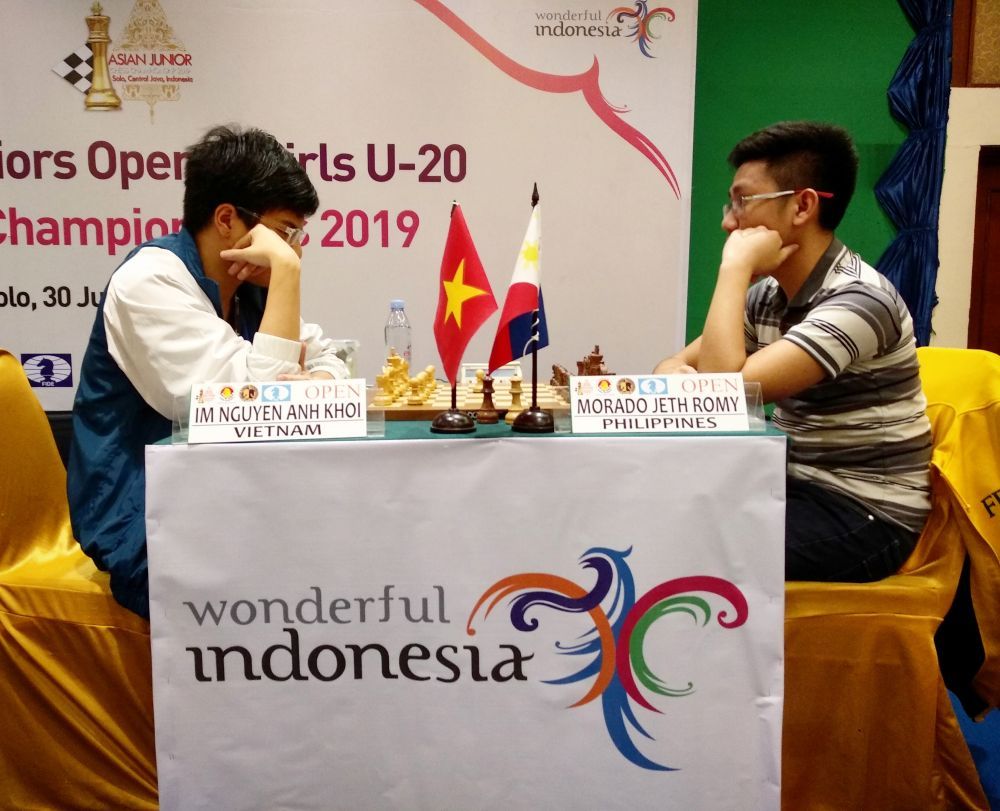 In Slav Defence, Anh Khoi's opponent lagged in development as he moved his Queen six times in just 20 moves which eventually cost him dearly. 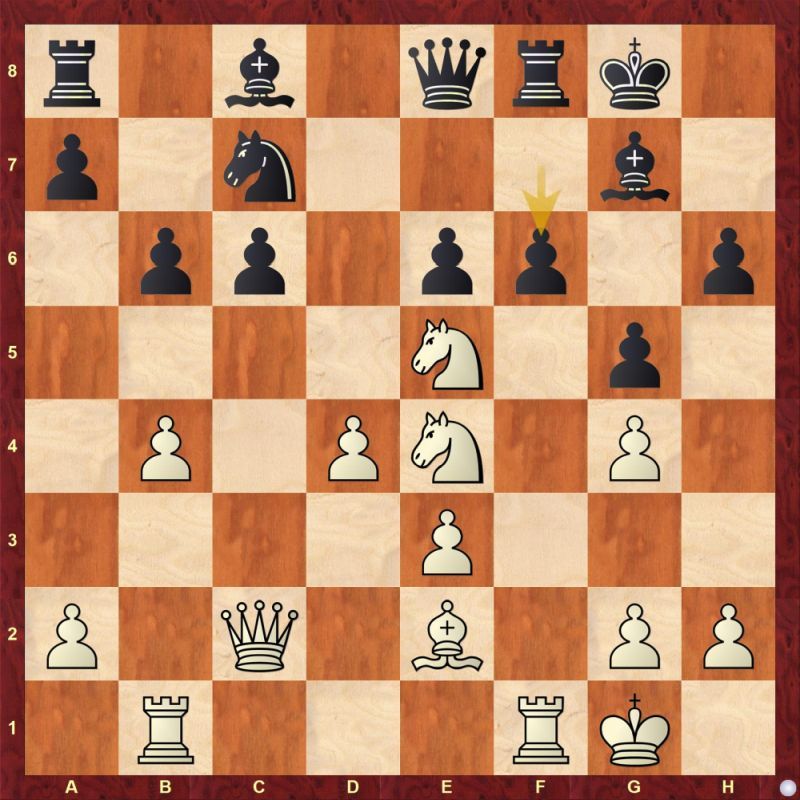 Black has just played 26...f6 which starts a chain of reaction. Can you find the best continuation for White here? 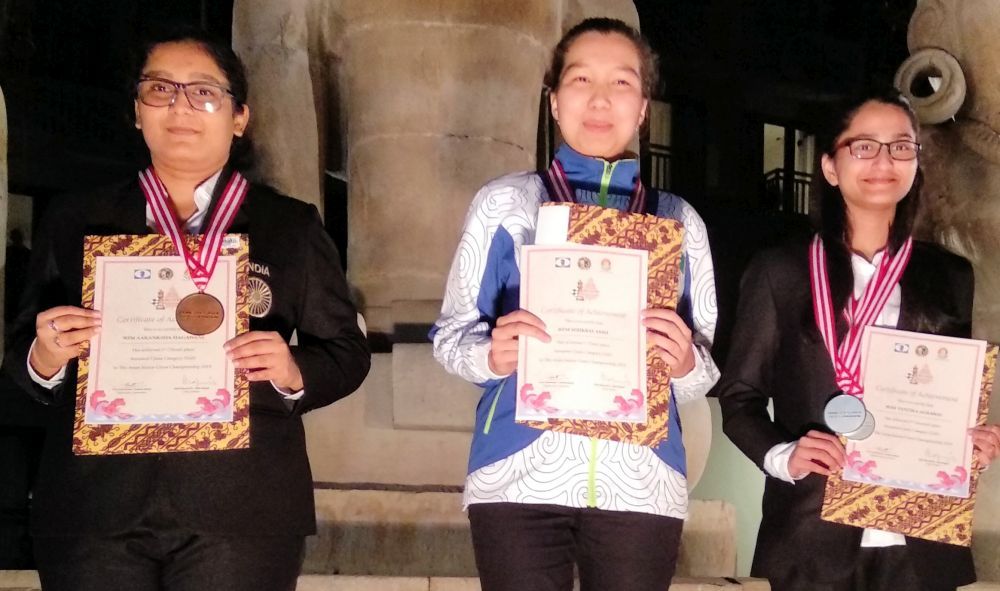 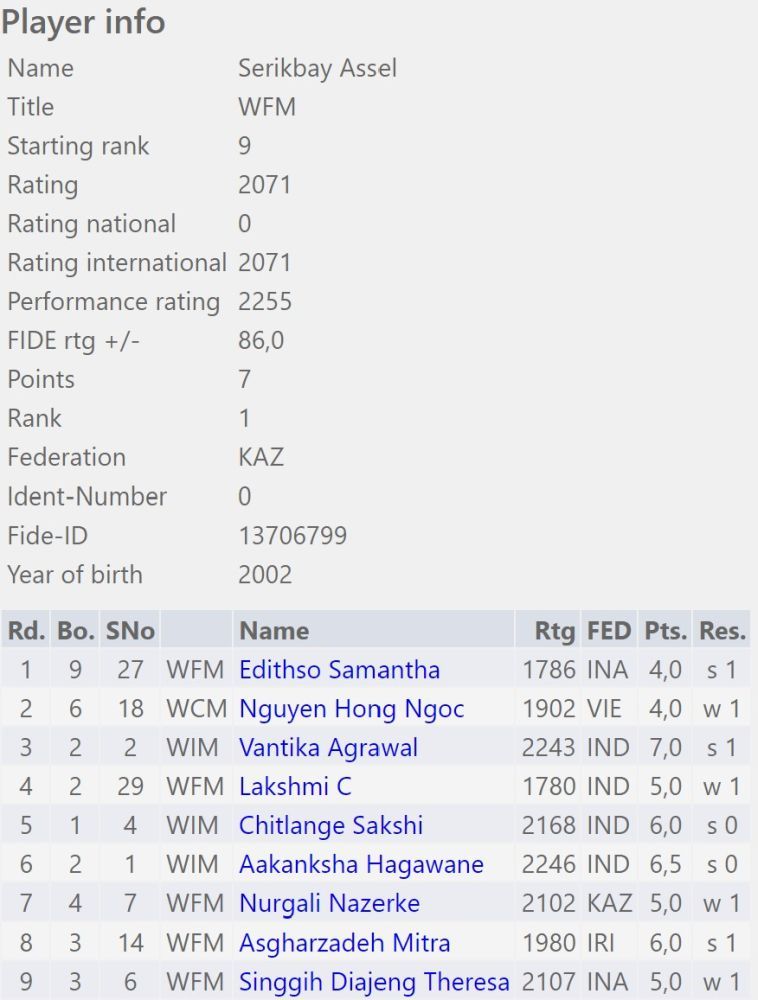 Assel suffered two consecutive losses in round 5 and 6. However she bounced back strong and won her last three important games

WFM Serikbay Assel did not have an ideal tournament in the Standard format as she suffered two consecutive losses, one of them against the eventual Bronze medal winner WIM Aakanksha Hagawane. It did not deter her from her path to glory. She scripted a perfect comeback and won the Gold with a score of 7.0/9. She was tied with WIM Vantika Agrawal who also finished at 7.0/9. Since the Kazakh girl defeated Vantika in round 3, that helped her tie-break score. 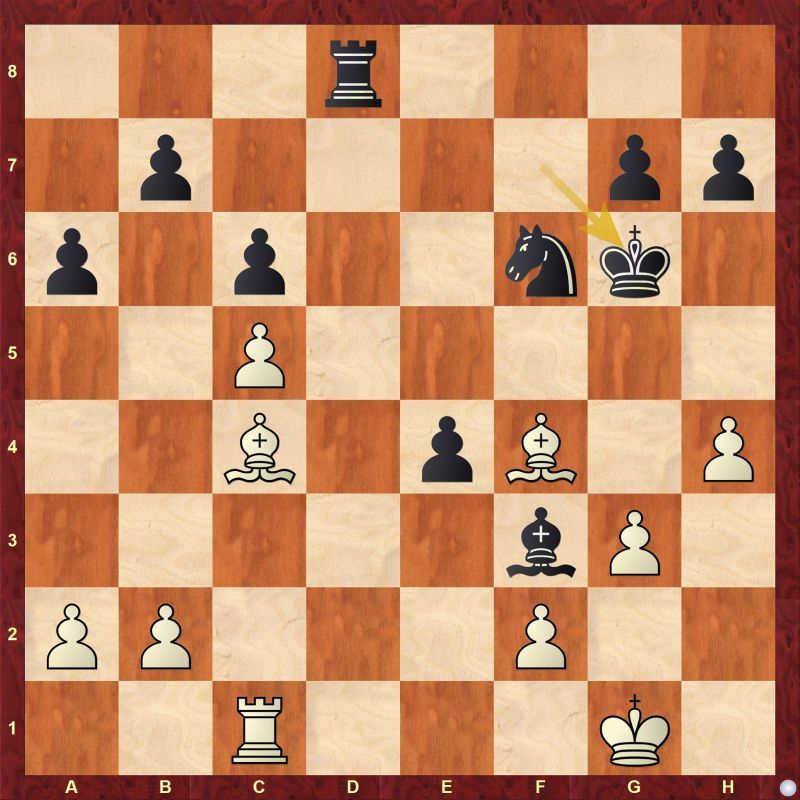 Assel's 30...Kg6 has a lot of intent which Vantika missed. Can you find out Black's plan here? 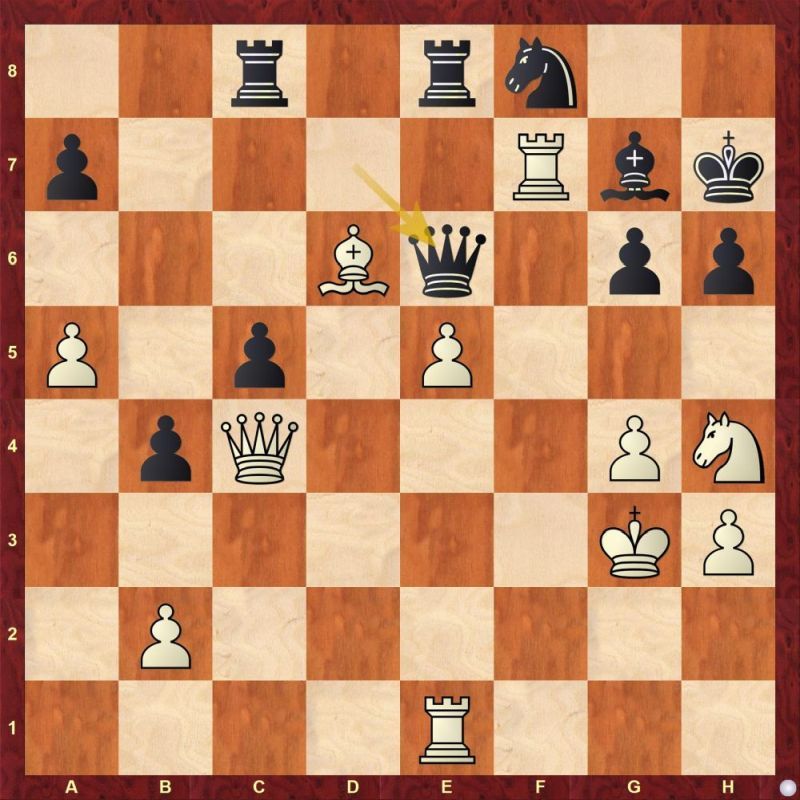 Black just played 43...Qe6. Find out the finish for White

IM Nguyen Anh Khoi (VIE, 2168) again showed dominance in the Rapid format as he registered six consecutive victories, making the final round almost inconsequential for securing his gold. Both IM Novendra Priasmoro (INA, 2263) and IM Raghunandan K S (IND, 2093) finished a full point behind at 5.0/7, however since Novendra beat Raghunandan in round 4, that propelled him to secure Silver medal. 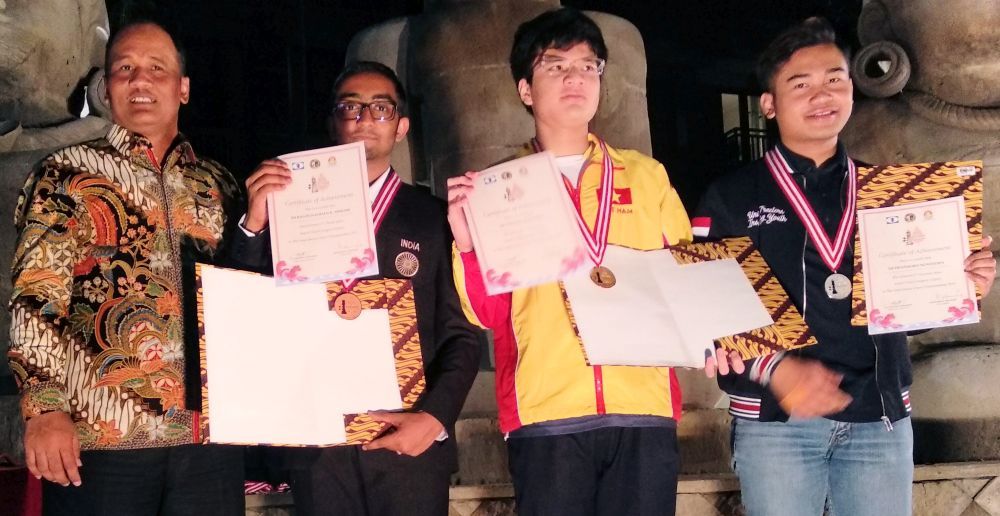 WIM Mordido Kylen Joy (PHI, 1865) scored six straight wins and took a full point lead heading into the final round. A draw in the final round against the eventual Silver medal winner WIM Vantika Agrawal (IND, 1647) made her earn the Gold medal. Joy also defeated the eventual Bronze medalist WFM Nurgali Nazerke (KAZ, 1897) in round 5. 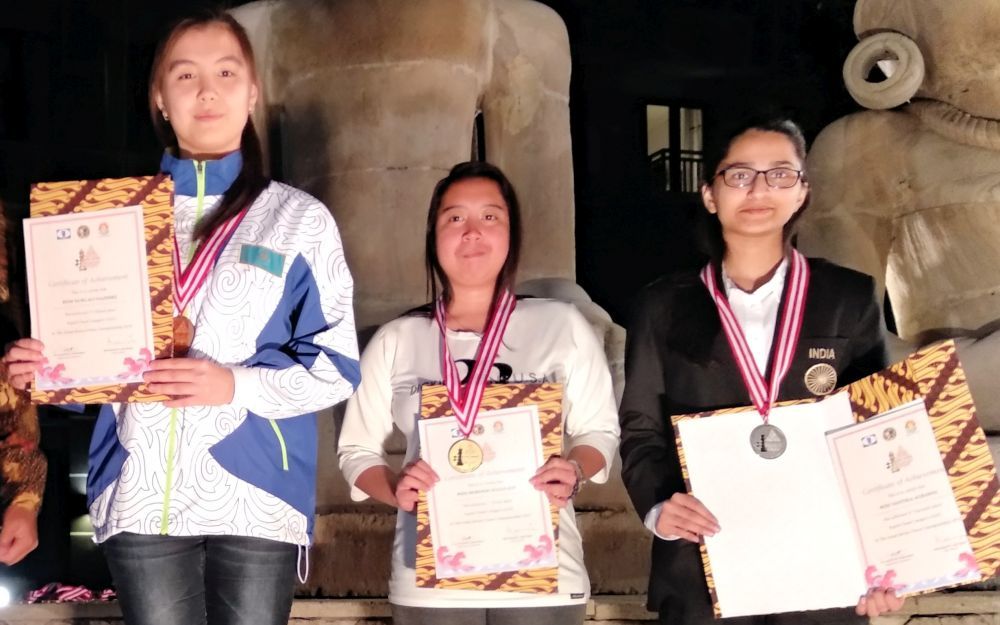 In the girls section, WFM Nurgali Nazerke (KAZ, 2000) started out with a loss, then she scored six consecutive wins to win the Gold. However, WIM Aakanksha Hagawane (IND, 2023) also scored 6.0/7, due to a lesser tie-break score, Aakanksha had to settle for Silver medal. WFM Sharfina Juwita Ardelia (INA, 1803) scored 5.5/7 to secure Bronze medal. 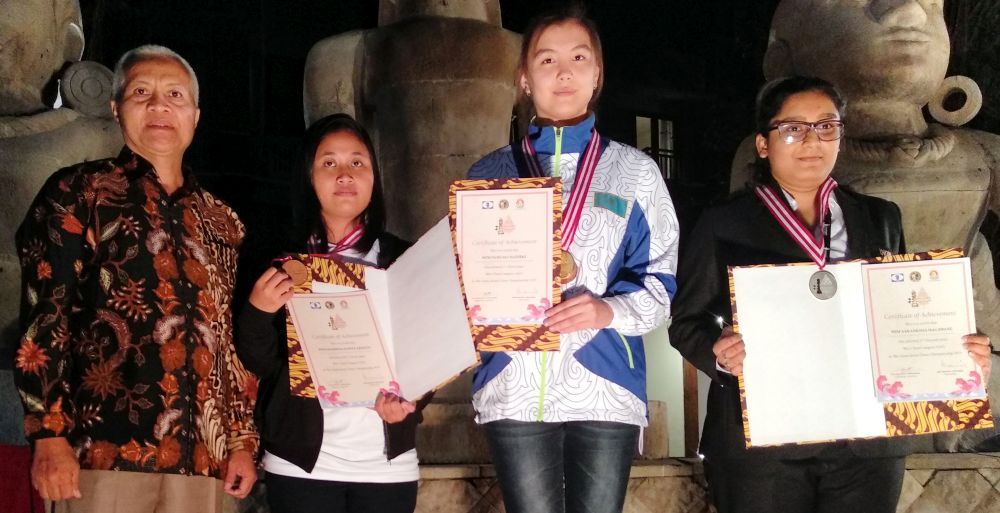 The tournament was organized by Indonesia Chess Federation from 1st to 8th July 2019 at Solo, Indonesia. Total 34 players in open and 37 players in girls participated representing 9 different countries across the Asian continent.