Another intense day came to a close yesterday after the fourth round of the EKA by IIFLIM Mumbai International 2017-18. The day began with some players stuck in Mumbai's traffic due to the Dalit protests in the city. As many as six players from the open section had to forfeit their games due to this. But once the games went underway, some brilliancies, some daring but dubious tactics and some lucky escapes were witnessed. An illustrated report with games and analysis.

The Open segment of the tournament suffered a small hiccup at commencement. When rounds began at 4 p.m., it was observed that a few of the players were not present at the venue. There had been protests in the city. Due to this, some important highways were blocked and impeded the players from reaching the venue. Keeping the situation in mind, the arbiters decided to allow players who arrived late to begin their games an hour after the game’s scheduled start. However, despite all efforts by the arbiters, as many as six players had to forfeit their games due to no show. Besides, GM RR Laxman decided to withdraw from the event in this round because of ill-health.

But once the scuffle had settled, some spectacular games were witnessed. GM Dibyendu Barua executed a monstrous attack against IM Shashikant Kutwal in a Sicilian Scheveningen. Srija Sheshadri’s game against Yeoh Li Tian was a tactic galore that excited all but ended in a draw. GM Abhijeet Gupta wasn’t able to inflict much damage on Aniruddha Deshpande, his round-four opponent who is rated more than 400 points below Gupta. But in when the endgame was reached, the Delhi-based GM wove his magic wand and clinched a win.

Dibyendu Barua is India’s second Grandmaster. Lately, he hasn’t been seen playing a lot. In fact, the last rating tournament he played was back in 2014! He spends most of his time coaching chess players in his hometown of Kolkata. As they say, in teaching one learns. Talking to Sagar Shah, he admitted that he doesn’t get much time to study for himself but coaching his students and analyzing his games with his wife, Saheli Dhar-Barua keeps him sharp. 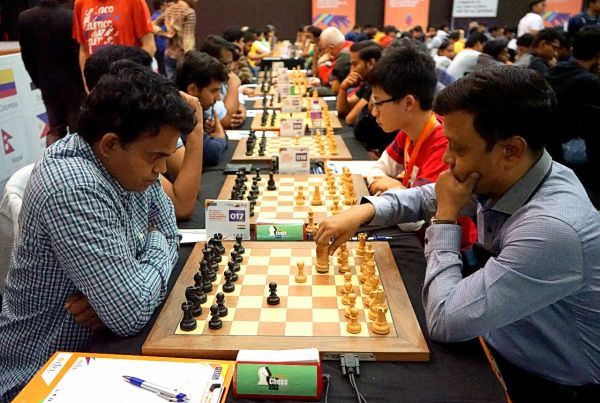 In his round-four game against IM Shashikant Kutwal, Barua showed that even if he doesn’t play too often, he is still capable of the producing brilliancies like he used to in his heyday. With the white pieces, he went into the waters of the Scheveningen and got his queenside structure shattered. As compensation though, he had targets around black’s king. The big problem, however, was getting to those targets. In what looked like a bold decision, Barua thrust his kingside pawns forward and exploited quite easily. 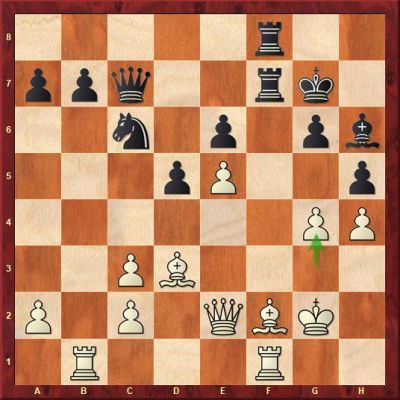 After the game, the Kolkata based GM explained that white would not have been able to justify the weaknesses on the kingside had he not gone for 26.g4. What resulted was a spectacular kingside attack that ended with the demolition of the black king. 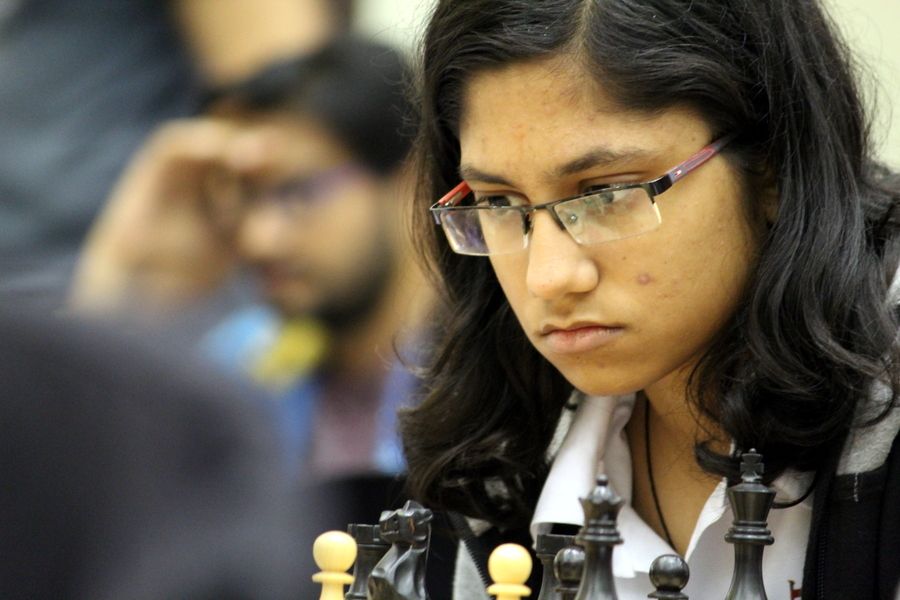 Srija Seshadri’s opponent Yeoh Li Tian might have opened with the Berlin Defence, but the Tamil Nadu girl was in no mood for a dull draw. So instead, the two played a cracker of a game which – luckily for her – ended peacefully. As early as on move 8, Srija went on the offensive, rolling her pawns down the kingside with her king left in the centre. But this premature effervescence led her into a lost position real soon. However, her Malaysian opponent failed to find the sharpest continuation and by move 31, the players had signed the truce by repeating moves. 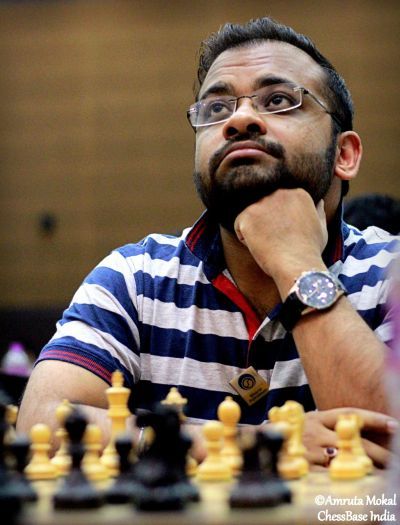 Abhijeet Gupta played brilliantly in the endgame to pull out a full point against Aniruddha Deshpande | Photo: Amruta Mokal

In the game between Abhijeet Gupta and Aniruddha Deshpande, the Pune lad matched all wits with his Grandmaster opponent and did not allow Gupta any chances of claiming an advantage well into the endgame. Reaching a rook + bishop versus rook + knight endgame, however, the Delhi based GM made the most of the mobility of his kingside pawn majority.

First, it looked like Gupta had allowed his opponent a passer on the queenside. But the passer’s advance was quickly checked by the white king and the rook broke in to finish off the game. 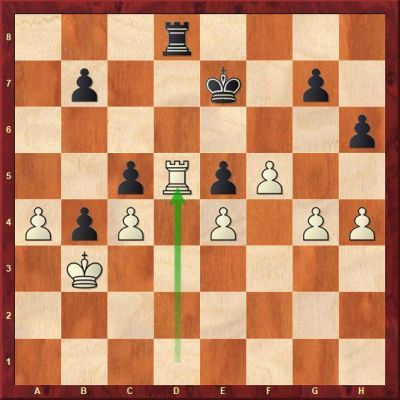 48. Rd5!! didn't happen in the game but it was one of the key variations that Gupta had to calculate before embarking into these lines 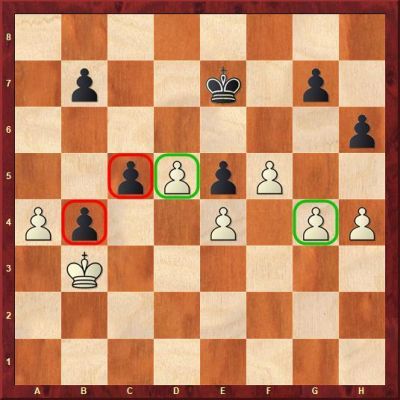 To finish things off, he gave a cute rook sacrifice and queened his pawn.

The Juniors’ group also had its share of amazing moments. One of the big names in the list of young Indian talent-house, D Gukesh found himself in a lost position against Vrandesh Parekh who is rating was around 500 points lower than Gukesh’s. 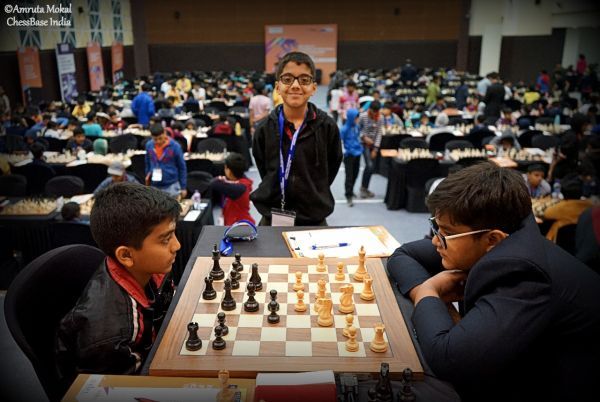 Gukesh had a lucky day in round 4 | Photo: Amruta Mokal

Getting a position like this against a 2300+ player is no easy task even for a seasoned player. But Vrandesh Parekh was having his bouts of nervousness. Just then, Gukesh offered his opponent a draw. White is ahead by two exchange and this position is clearly a winning one for him. But perhaps overwhelmed by his opponent’s rating, Vrandesh accepted the offer. There simply isn’t another explanation as to why Vrandesh took the draw. 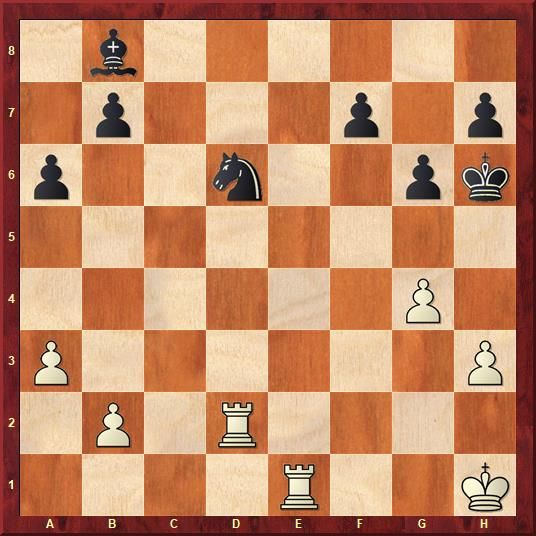 White is two exchanges up. But surprise, surprise! This is where he decided to sign peace. 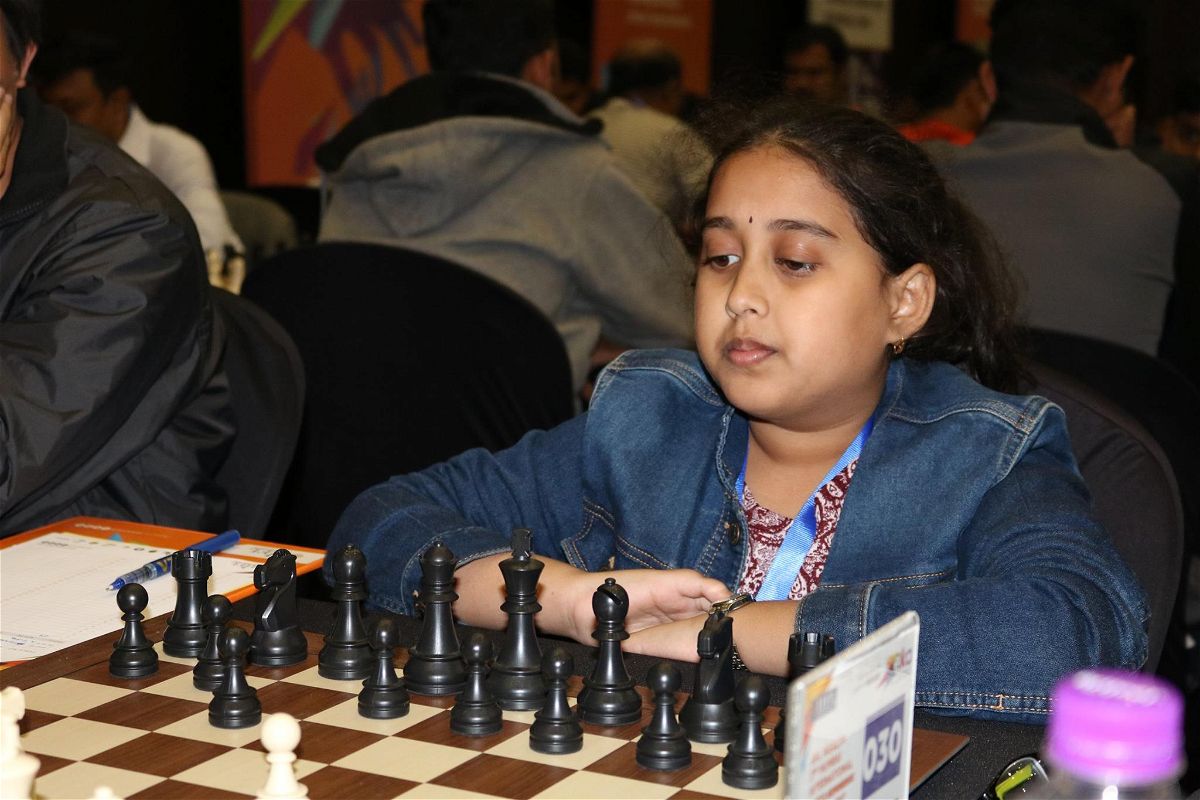 Another one of India’s rising stars, the reigning Under-9 National Champ, Om Kadam is another player who has been playing pretty well in the IIFL chess tournament. In the previous round, the boy from Mumbai got the better of Divya Deshmukh. In this round, he beat Trisha Kanyamarla, a player rated 200 points above him.

From the black side of an English Opening, Om seemed to be in a slightly inferior position. But after some inferior moves by his opponent, Om found a tactical trick that not only generated chances for him in the game but also won him a healthy pawn. Once he had the advantage, there was just no looking back. After going through his games, IM Sagar Shah feels that the boy is immensely talented and is impeccable with his endgame skills. Shah also, however, said that the kid needs to work on his middle-game and openings in order to be a well-rounded player.

One of the big breakthroughs for Indian chess was live commentary that was done by ChessBase India for nearly three hours on 2nd of January 2018. IM Sagar Shah hosted the show along with IM Vishal Sareen, Amruta Mokal and Niklesh Jain. And we had Timur Gareyev, Dibyendu Barua and Suat Atalik as the guests! We are slowly getting close to world class live commentary at Indian events: