After his slip in the last round, the ever-optimistic Adhiban came back with a bang in his second game against Jorden van Foreest! With the white pieces in the calms of the Italian opening, the Dutch teenager messed up mirroring Adhiban's 15...Na5 with 16. Nh4 and gifted the Indian a pawn. Now that Adhiban had the better position and an extra pawn for the second time in the match, he ensured not to give his opponent any chance to wriggle out and won the game in 72 moves. We have a report with games, pictures and analysis.

The Dutch town of Hoogeveen is hosting the 21st edition of the Hoogeveen Chess Tournament from 21-28th October 2017. The event comprises of two six-game exhibition matches: one between the current world rapid champion, Vassily Ivanchuk and the Chinese prodigy Wei Yi; and the other between Adbhiban Bhaskaran and Jordan van Foreest, two promising youngsters from their respective countries i.e. India and the Netherlands. Games will be played in a classical time control of 90 minutes for the first 40 moves and then another 30 minutes till the end of the game, with a 30-second increment from move 1. Alongside these matches, the event is also hosting a strong open tournament and a couple of amateur tournaments.

Oddities abound the second game of the match between Adhiban Bhaskaran and Jorden van Foreest. After his fumble in the last round which let his opponent slip out with a draw, Adhiban made no mistake in converting his advantage in this one. 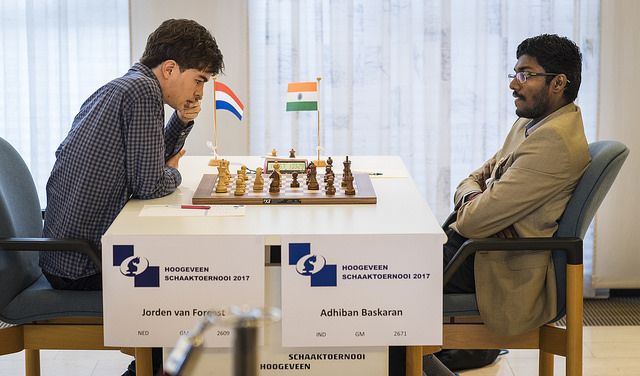 From the black side of an Italian opening, the Indian number five was able to win a pawn early in the game due to some strange moves by both players. 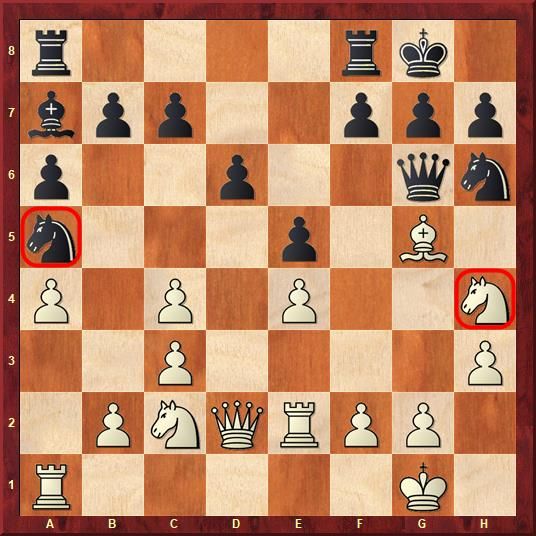 Both players showed a thing for sidelining their knight

Both players showed a thing for sidelining their knights as van Foreest, in response to Adhiban’s 15…Na5, kept up the aesthetic of the position with 16. Nh4. Curiously enough, the Dutchman rejected the decent way of safeguarding the c4 pawn by exchanging everything on h6 and playing Nd2; instead, he chose to shed a pawn and even queens were traded soon after! 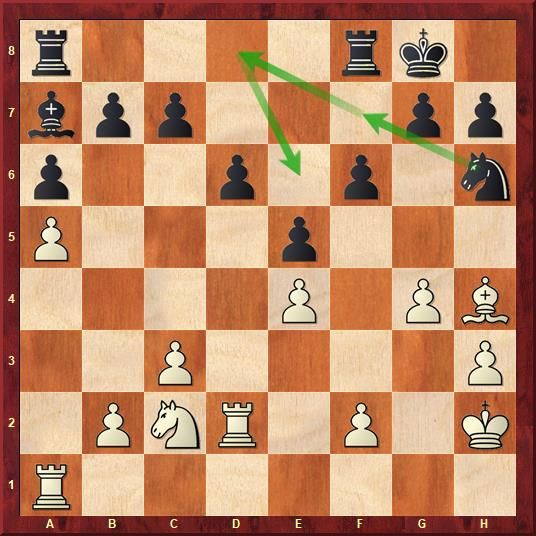 With the better position and a healthy pawn, Adhiban swung his knight around, traded pieces and did everything to ensure smooth victory. By the 72nd move, van Foreest was on his knees. 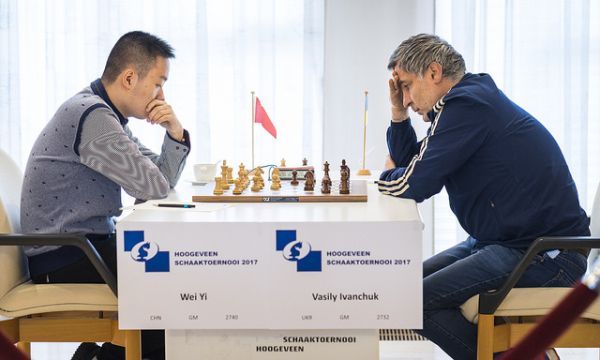 After a calm game yesterday, Ivanchuk was in the mood for some tactical skirmishes in round two

It’s a common belief that younger players are better tacticians. Older GMs, more often than not, tend to stick to this mantra and prefer a positional game against youngsters. But in his second game of the match, Vassily Ivanchuk chose to take the bull by the horns and went for a Sicilian Scheveningen against Wei Yi. And when an opportunity arose, Chucky gobbled the poisoned pawn on b2. 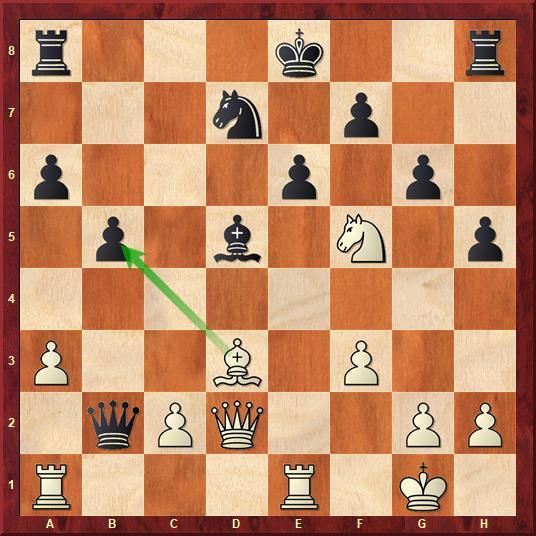 Yi could not help but oblige to his opponent’s provocation and responded with the wild looking 20. Bxb5. But, as it happens in a lot of sharp tactical situations, a repetition of moves ensued after the initial fireworks fizzed down.

After two rounds, Adhiban is the only player in the matches section to have scored a win but with four more games to go, lots of exciting chess awaits. 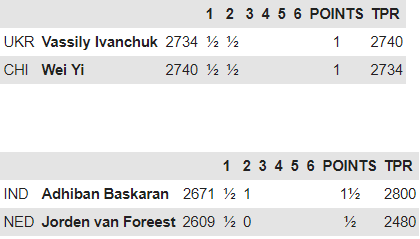