Record entries at the Gujarat State Rapid and Blitz 2018

Chess is booming just about everywhere in India. Gujarat which would witness around 50-100 entries for the State Rapid and Blitz selection, saw nearly 200 participants fighting it out for the title of the fastest player in the state. The work that Gujarat State Chess Association is doing at the grassroot level is surely bearing fruits. The winner of the blitz event was the young 14-year-old Vrandesh Parekh, while the rapid section was won by the experienced player from Vadodra Maulik Raval. We have the report of this entire tournament that was organized by ChessBase India Power.

ChessBase India Power recently organized (14th and 15th April) its first tournament in Ahmedabad under the aegis of Gujarat State Chess Association. It was the Gujarat State Rapid and Blitz Selection Tournament that saw a record number of 200 participants. Two players from each section were to be selected for the National Rapid and Blitz. The event was held at the Sports Club in Ahmedabad. 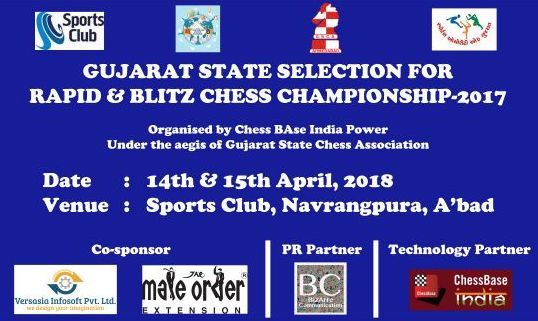 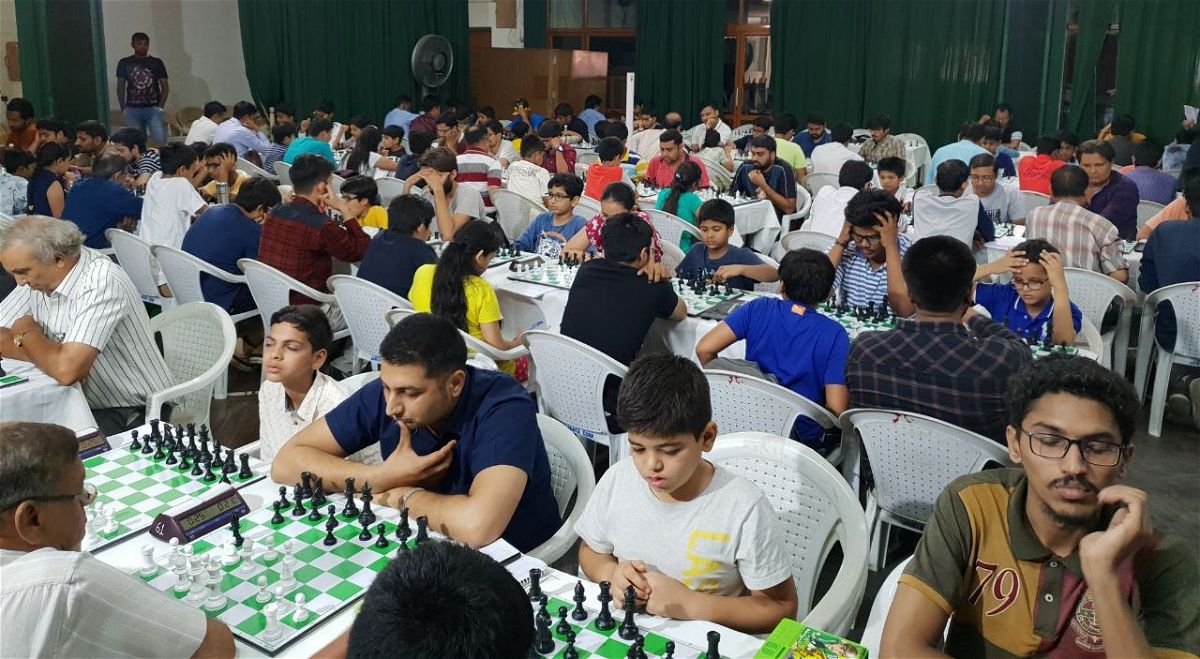 The playing hall was packed to the brim 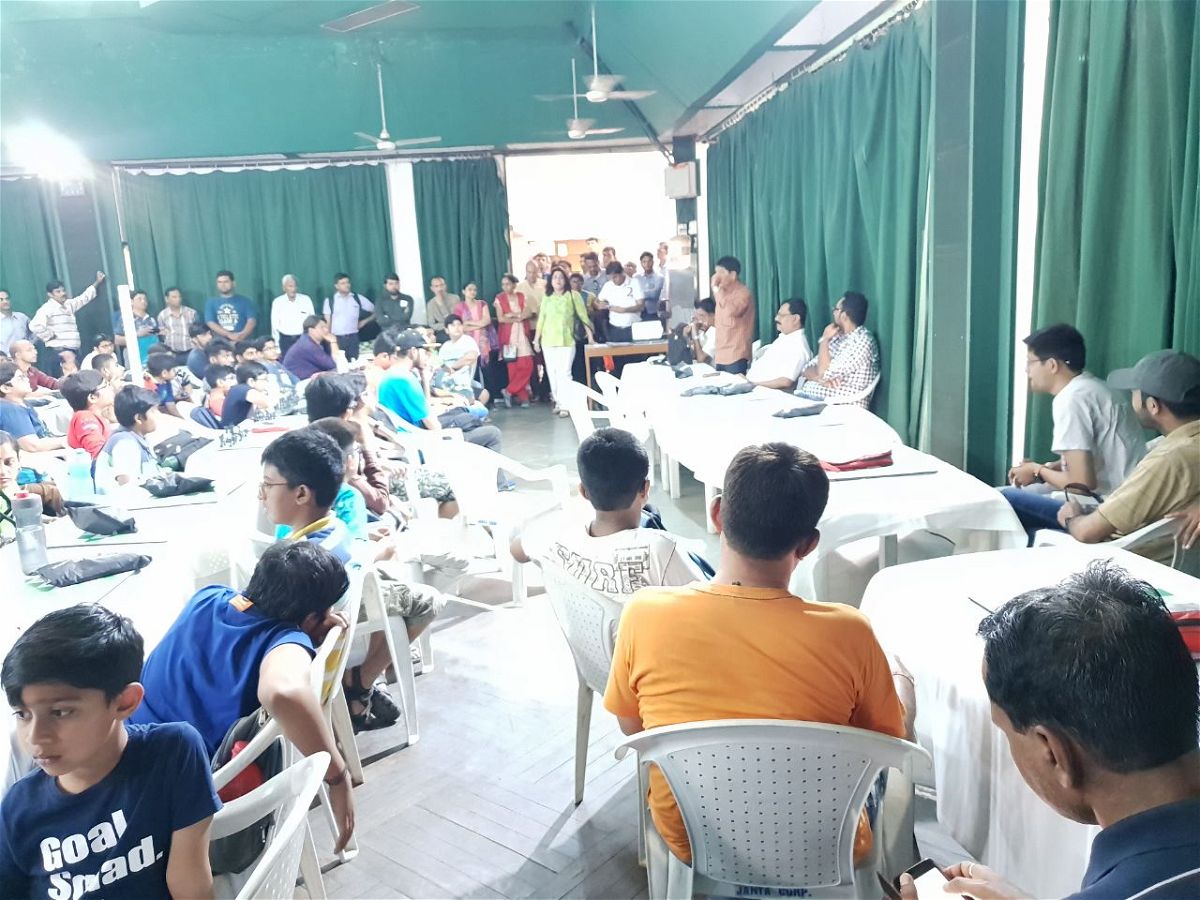 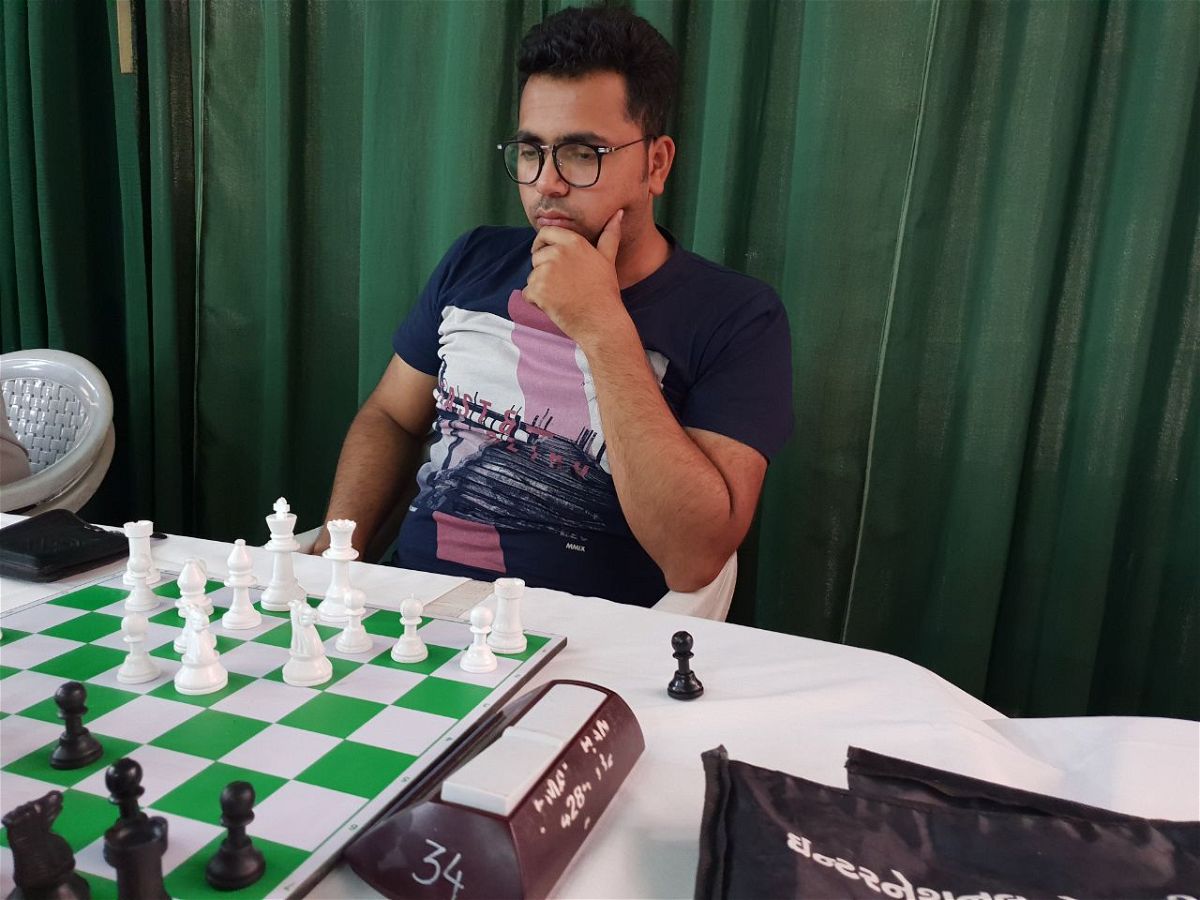 Maulik Raval, known for his attacking and aggressive style of play, won the Rapid section 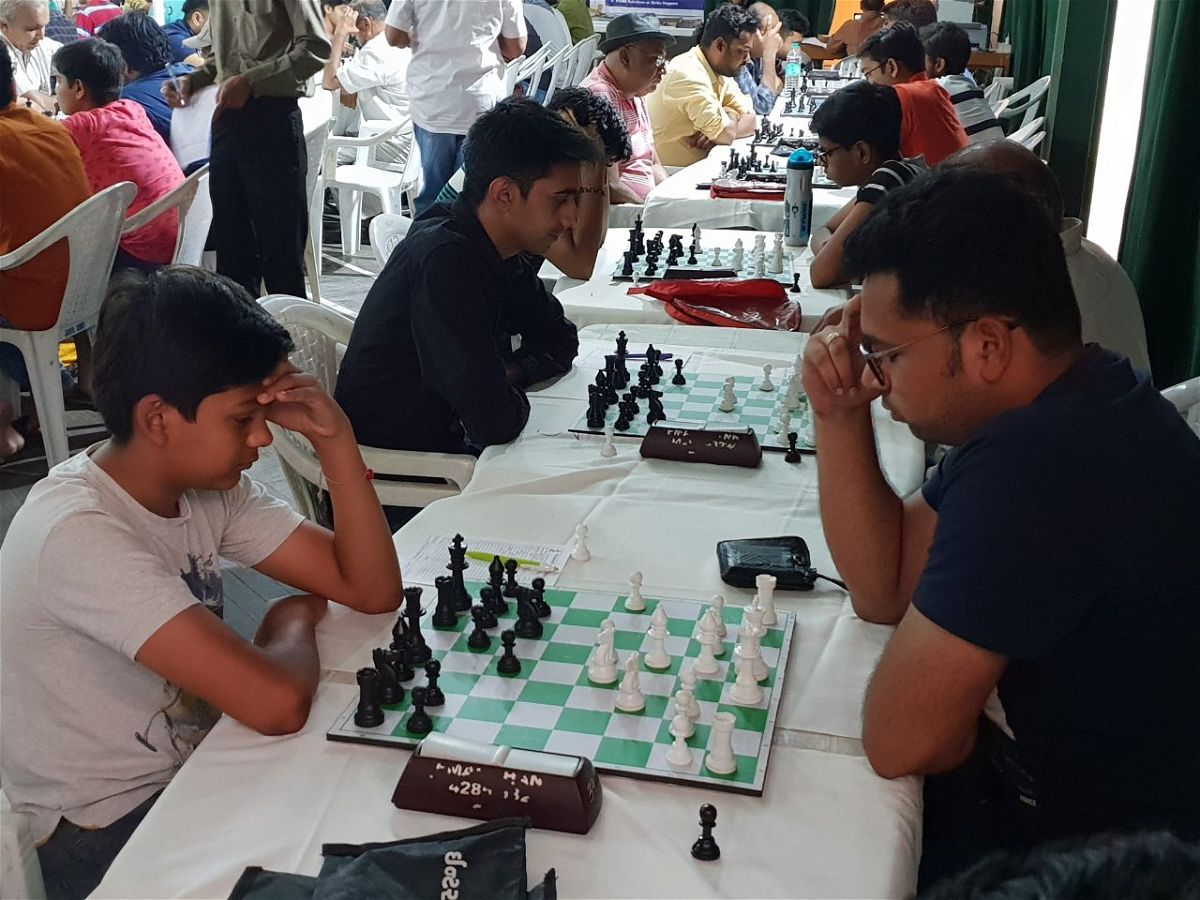 Maulik realized the importance of one second, when he down to his very last second on the clock against the talented youngster Naitik Mehta. Raval pressed the clock and got a few seconds as increment! Chess does teach you the value of time! 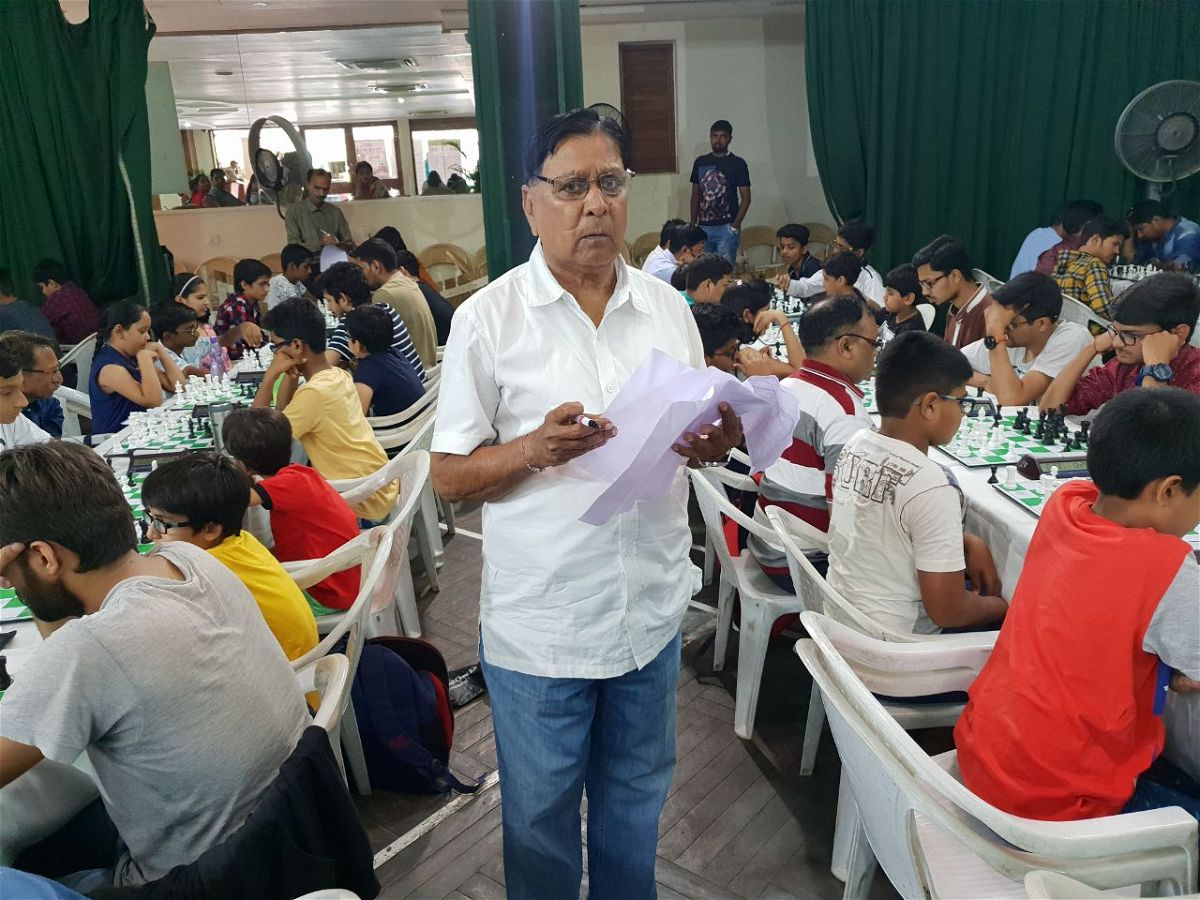 Even at the age of 80+ this man is takes his job of being an arbiter very seriously. Very inspiring! 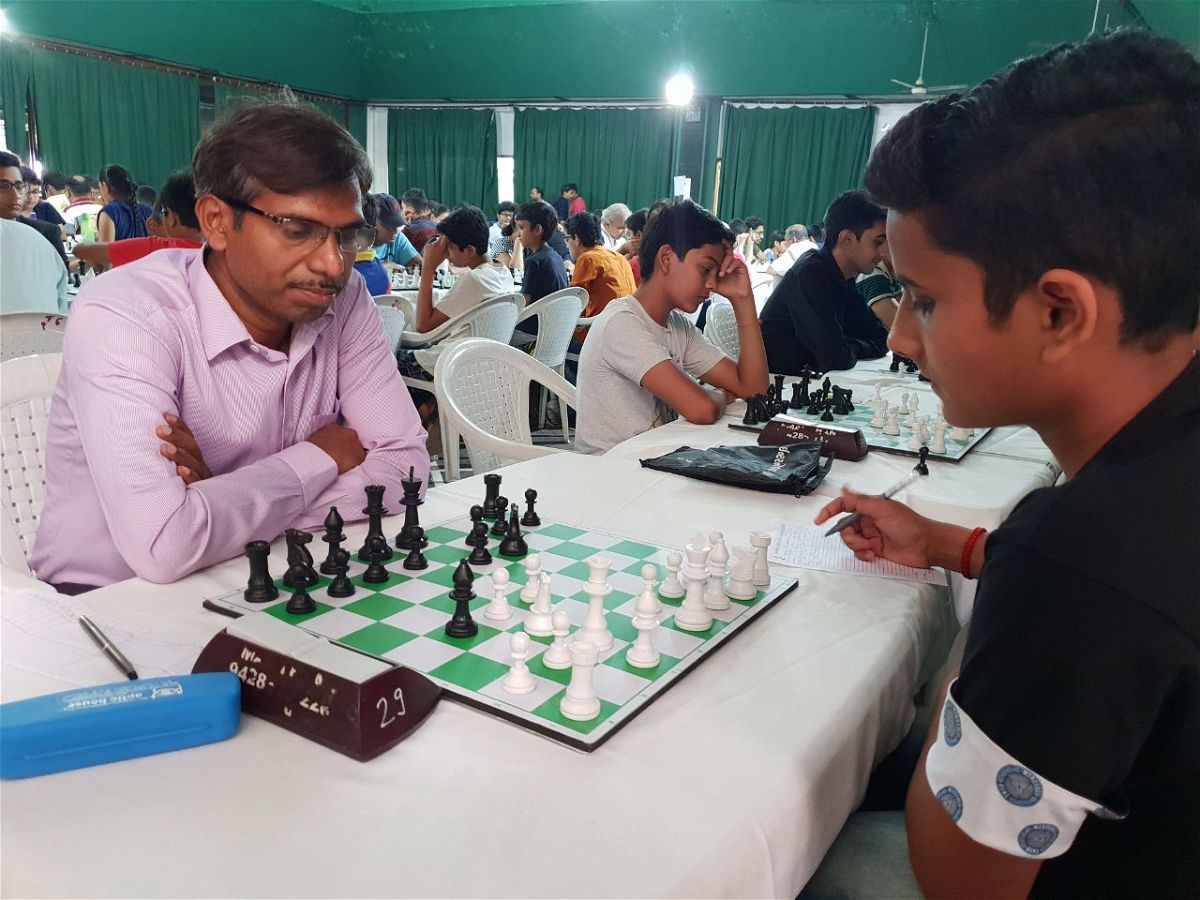 Santosh Kumar Sinha is a highly experienced chess player of Gujarat and has trained some great talents. Just three months ago he beat one of India's biggest talents D.Gukesh. We did interview him after the game:
Santosh Kumar Sinha explains his win over Gukesh at the Bhopal International 2017 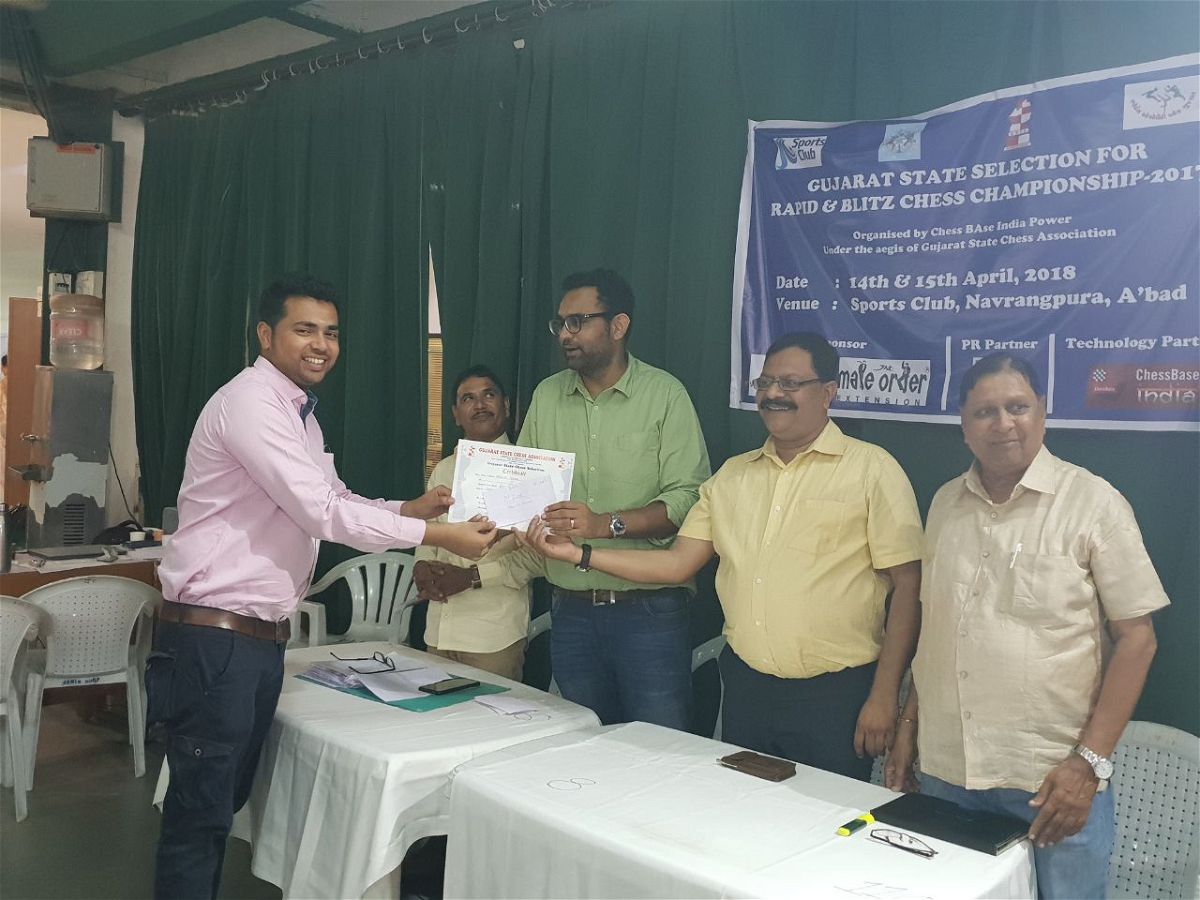 Maulik Raval won the State Rapid Championship 2018 by scoring 7.0/8. It was a five way tie at the top but Maulik had the best tiebreak. 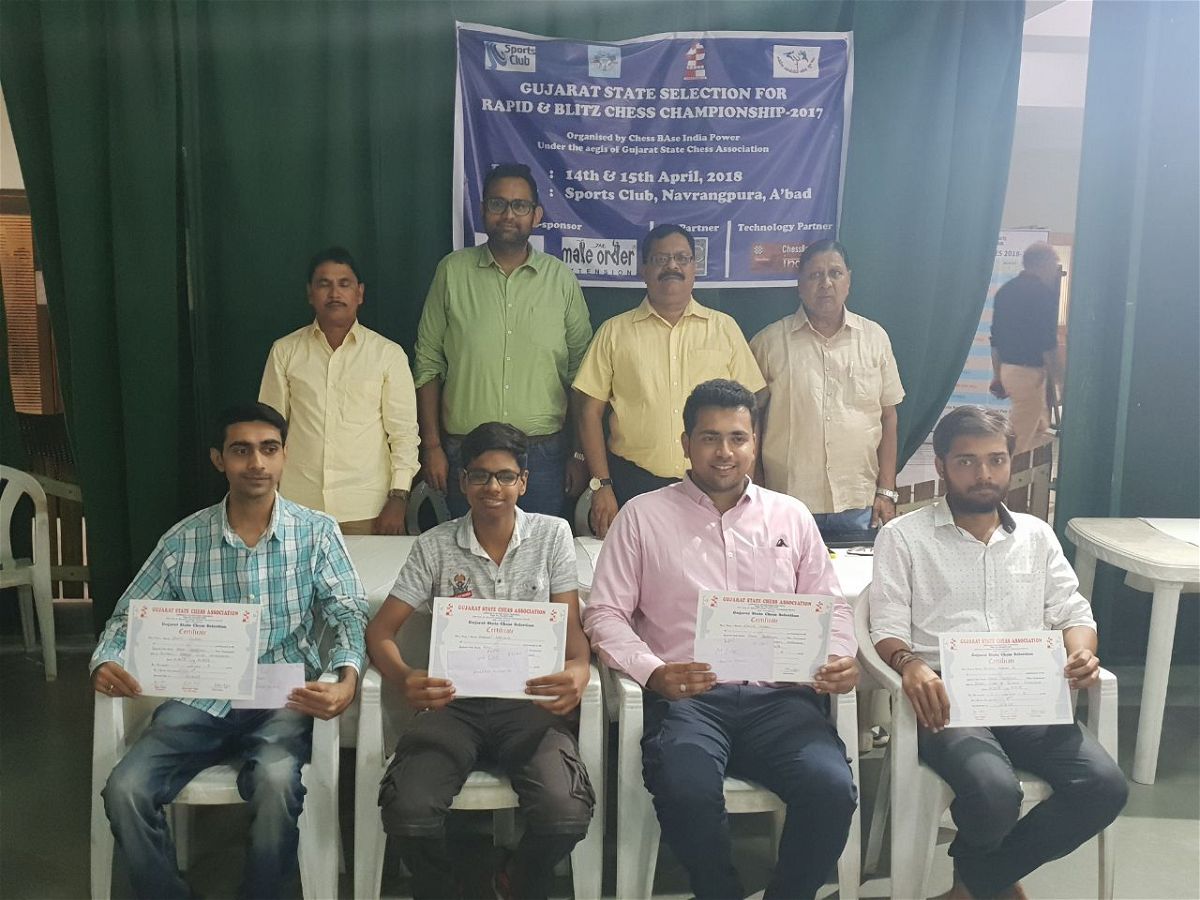 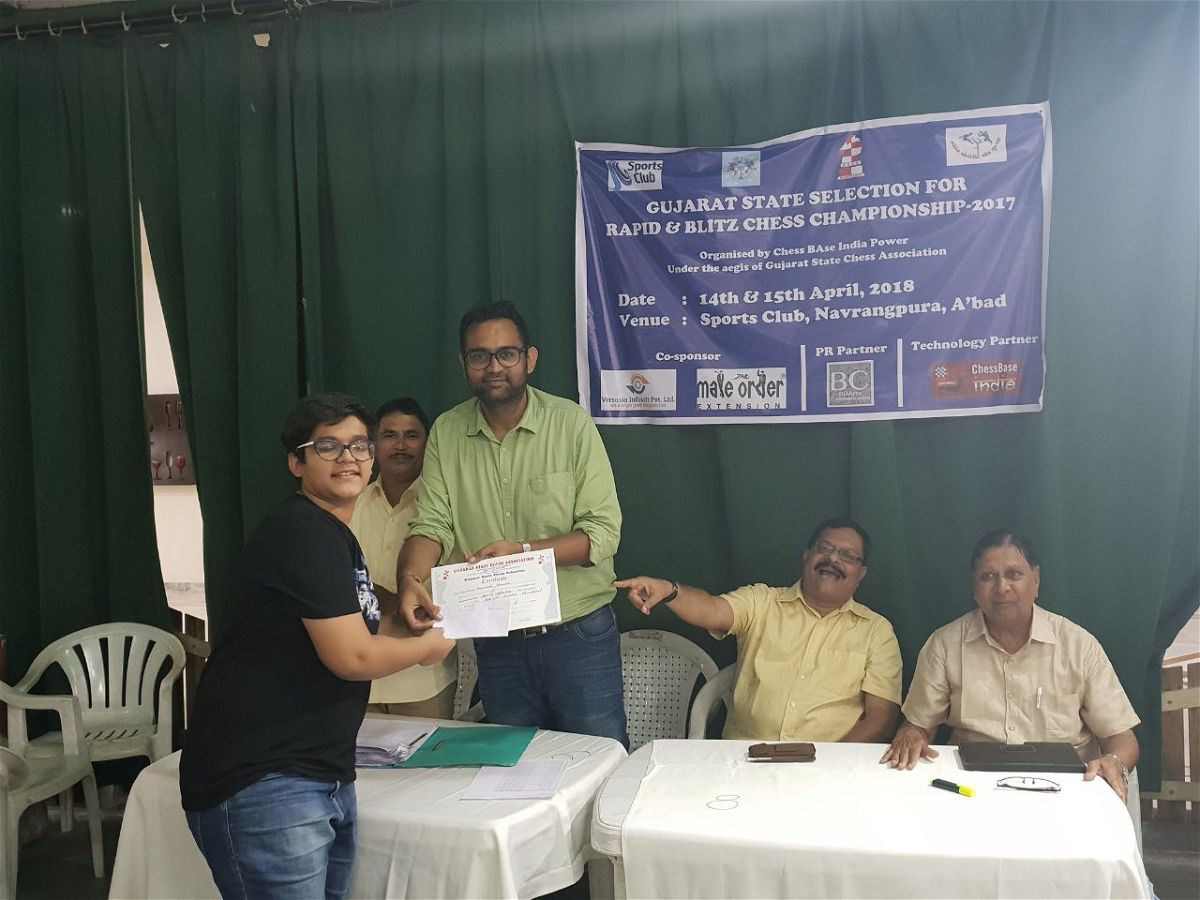 Vrandesh Parekh, the talented youngster, won the title of Gujarat blitz champion 2018. He is being handed his first prize by Ankit Dalal, the organizer of the event. 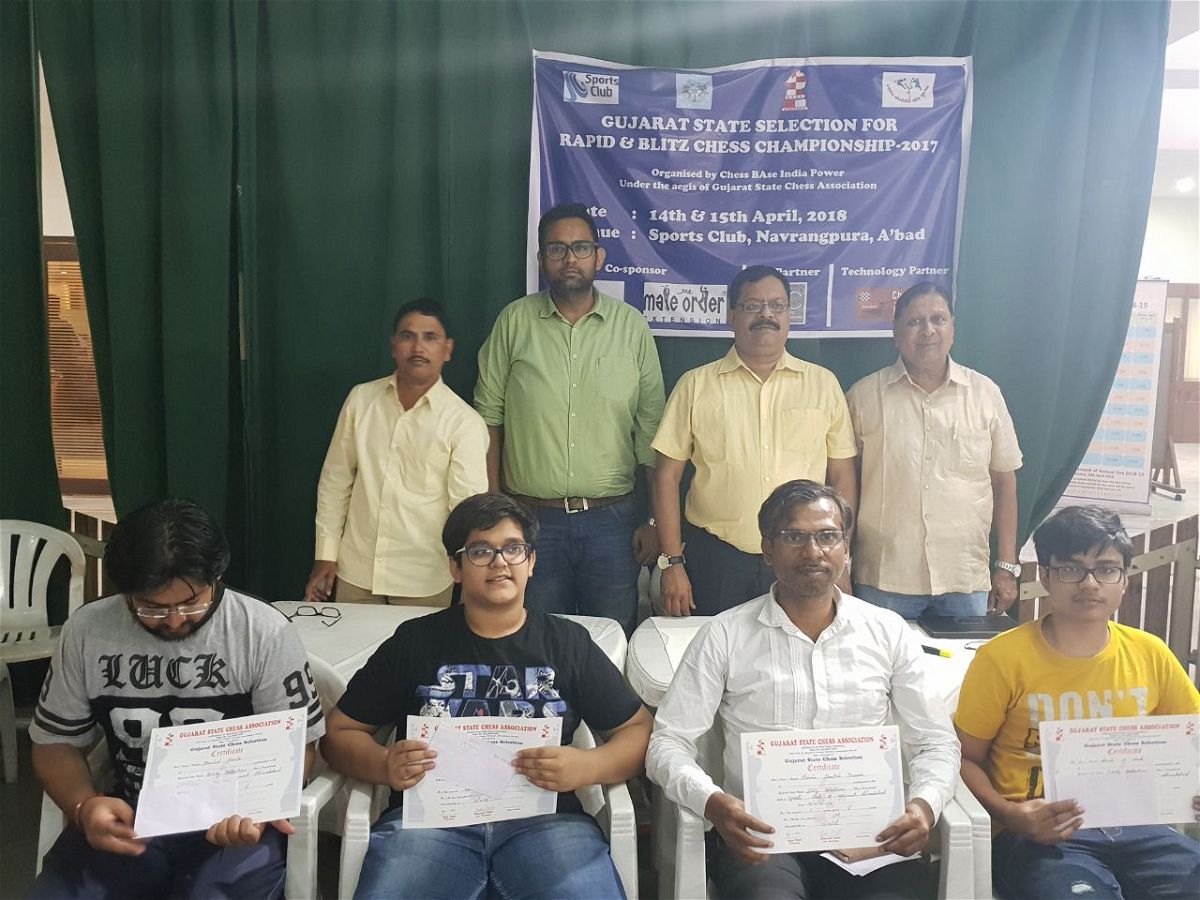 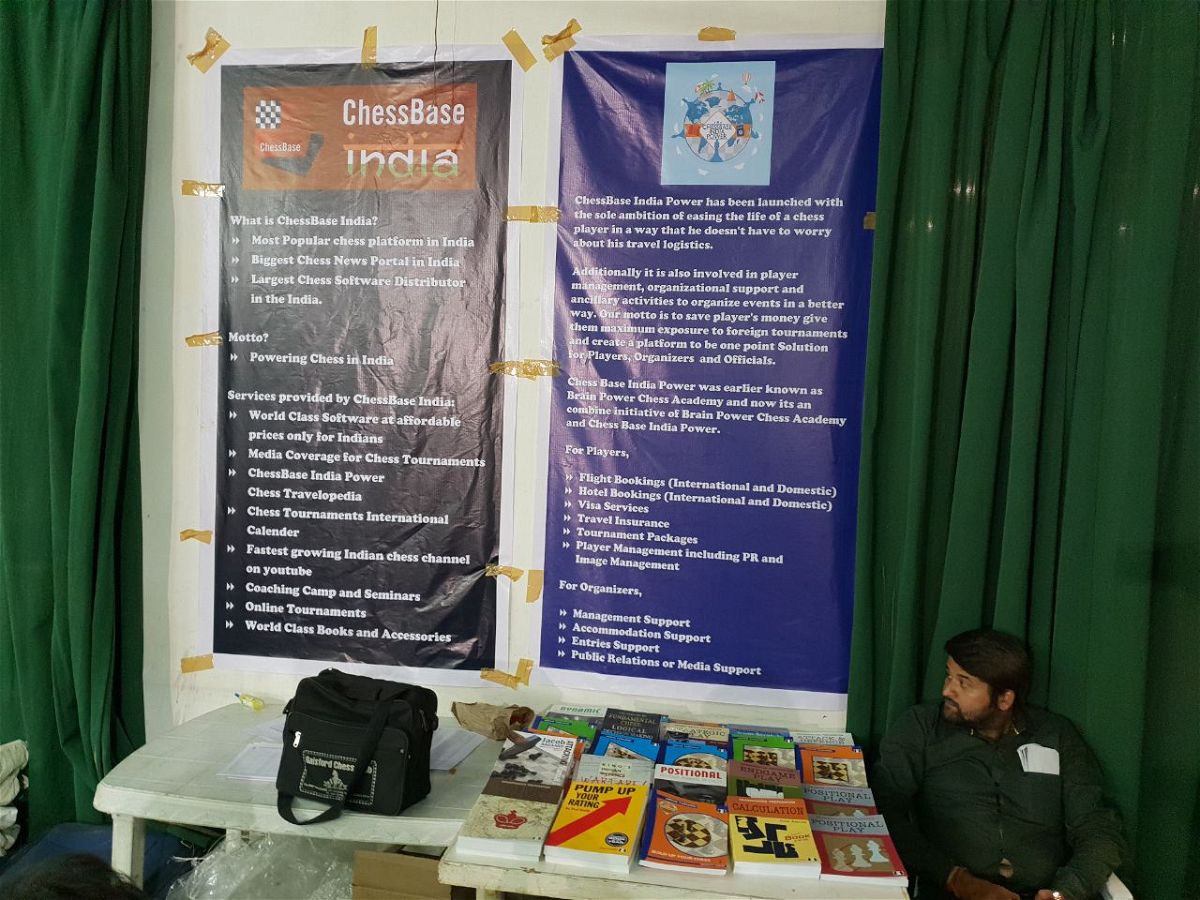 The event was organized by ChessBase India Power and it was obvious to have the high quality books and softwares available at the shop. If you too would like to have these books at your event, write to us at qualitychessindia@gmail.com

The tournament received excellent coverage in the printed media: 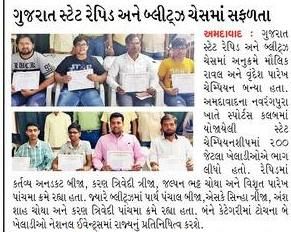 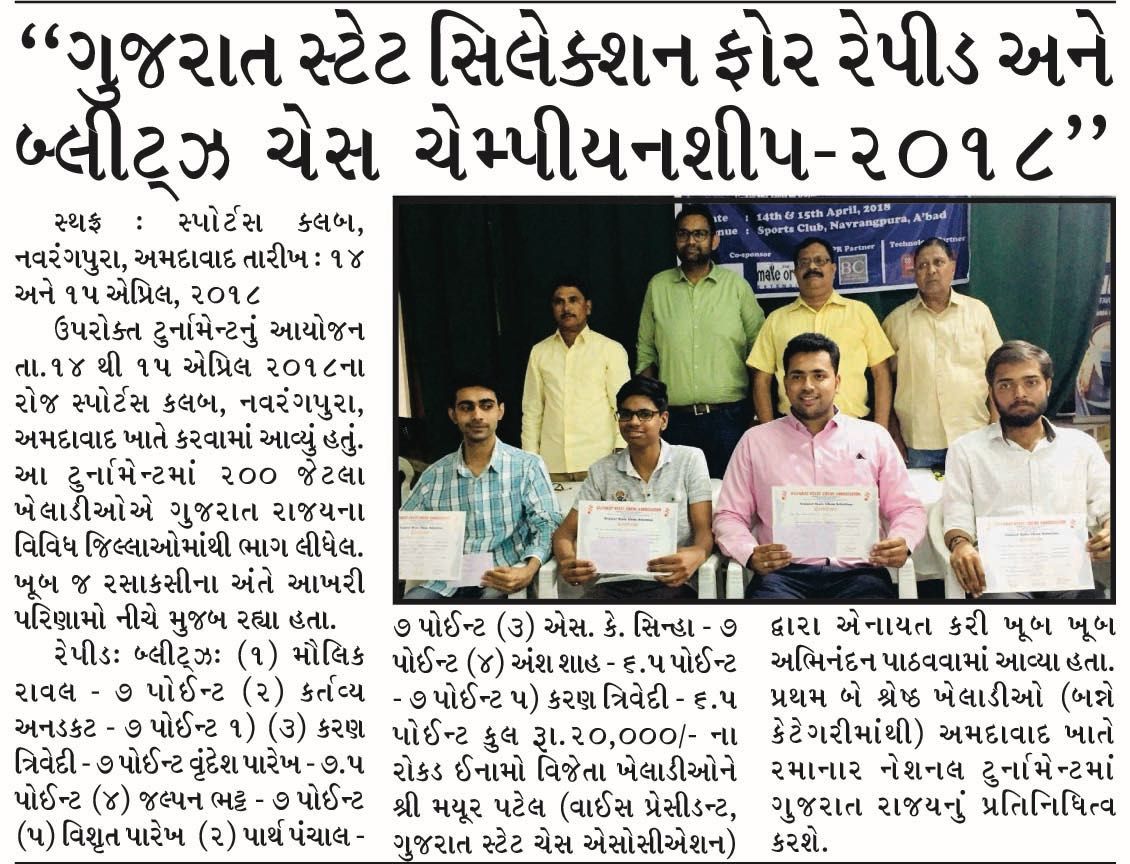 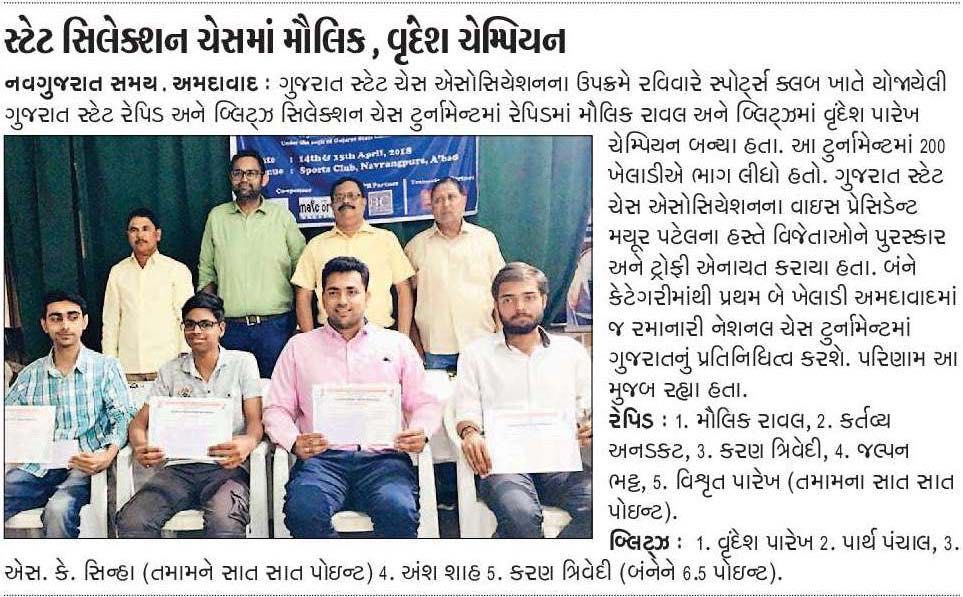