Gong Qianyun: "I had to clean toilets if I failed to memorize the classics correctly!"

At the conclusion of the QCD-Prof Lim Kok Ann Grandmasters Invitational 2018, Singapore got its latest Woman Grandmaster in Gong Qianyun. Despite being the lowest rated player in the field, Gong was able to hold ground against Grandmasters rated as much as 300 points above her! In this interview with Junior Tay, she talks about her performance in the invitational, her personal life and her early days of learning chess when she had to clean toilets if she wasn't able to memorise the classics correctly!

*Note - 'Tahan' in Singaporean colloquial English means 'to put up strong resistance' or 'to endure'.

It was a successful event at the QCD-Prof Lim Kok Ann Grandmasters Invitational 2018 (7-12 June, 2018) for Singapore. After two whole decades, the country successfully conducted a GM norm event. Singapore also has a new WGM in Gong Qianyun. Besides, IM Kevin Goh Wei Ming clinched his 3rd and final GM norm by finishing with 6.5/9, half point behind the eventual winner Mongolian GM Tsegmed Batchuluun.

We managed to rustle up personal interviews with both players who are, incidentally, the National champions of Singapore. Firstly, the Singapore women champion WIM Gong relates about her tourney experience and a bit about her personal life. 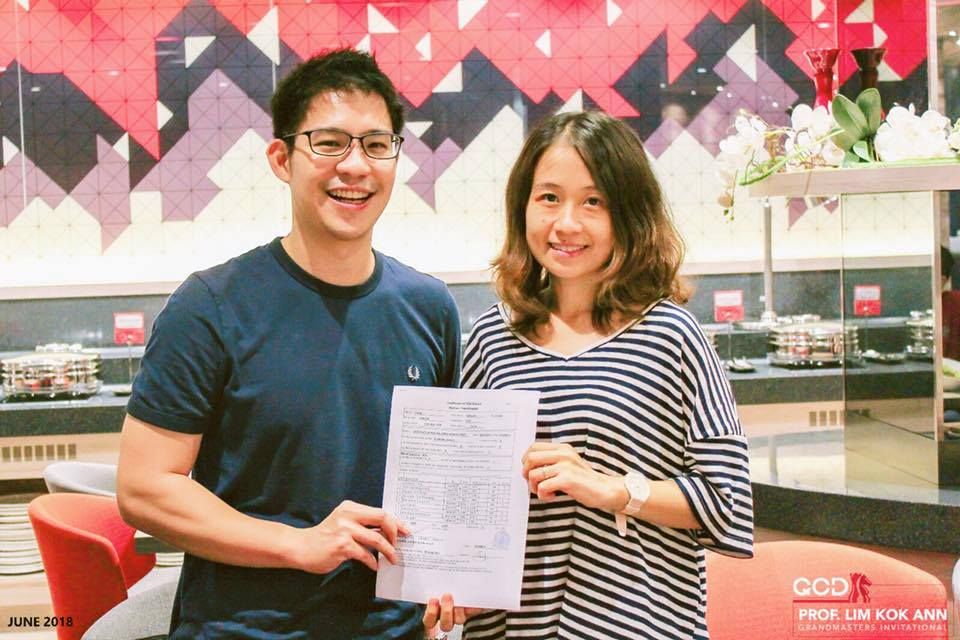 JT: You took a long time before deciding to accept the invitation to take part in the event. Why was that?

GQ: I did not feel confident about performing well. I have not been playing in events since last December and have had very less time to commit to chess training in the past few months.

JT: How did you feel about competing in a GM norm event where you were out-rated by everyone and likely to be the player everyone would want to score against?

GQ: It is easier to say 'I’m busy with my students, thanks anyway' and choose an easier event to play instead, right? Being the lowest-rated relieved me of pressure and allowed me to focus on the game itself. I did not expect much from the event to start with.

JT: Your first round was against the top seed GM Timur Gareyev, who, at 2611, outrated you by 300+ points. And he was just throttling you and forced you to give up material. What were your thoughts then? What changed things for you?

GQ: He was playing very well and I came out inferior from the opening. Call it a stroke of luck if you will but he did not manage to find the correct moves to convert his advantage. This allowed me to make a comeback in the game. 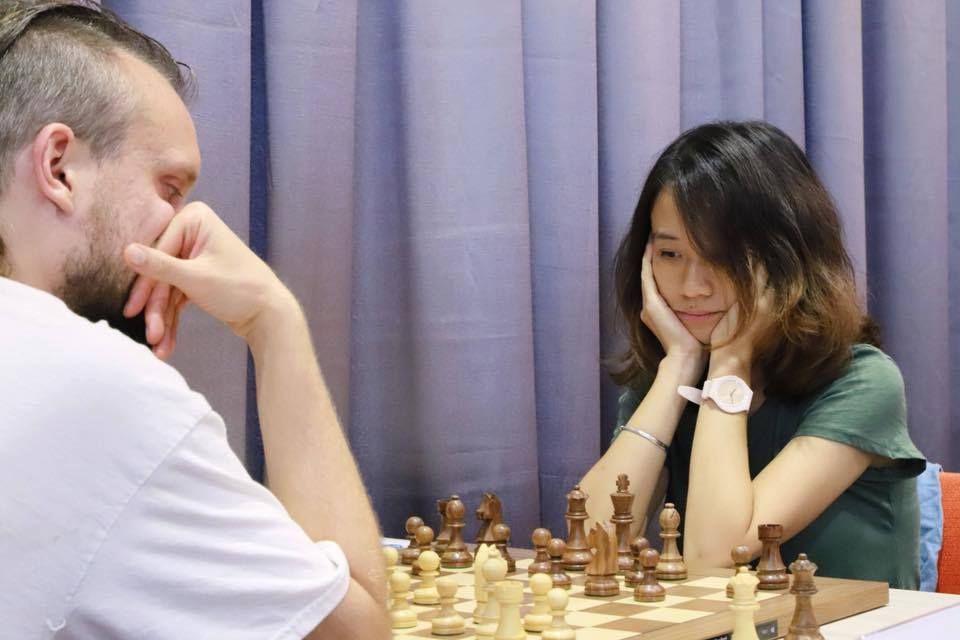 JT: Were you confident of making the WGM norm then?

GQ: I did not ponder too much over it. I was more focused on playing each game well.

JT: It was almost 4 years since your WGM norm from the Tromso Olympiad. What changed things in this event to make this norm happen?

GQ: Nothing much has changed. I guess it is about not having much opportunity to take part in a strong tournament like this since the Tromso Olympiad. I am really grateful to the organizers for holding such a great event.

JT: After holding 3 of the top 4 seeds in the first 3 rounds, you subsequently lost to IM Irene Sukandar and GM Batchuluun. It must have been quite depressing for you then. How did you cope with it?

GQ: I try not to think too much about the losses and instead focus on the upcoming games.

JT: You won the TAHAN (best resistance) award for saving the game against Timur and for that amazing turnaround against IM Liu Xiangyi (on move 56, the computer says you were -54.48 down). How did you build up this ability to resist? I don’t think we saw that aspect of your game in previous events before.

GQ: I think I was just lucky here. I tried to find the best continuations and was lucky that my opponents allowed me a chance to get back into the game, unlike previous events.

JT: In the crucial final round, you needed to beat IM Tin Jingyao, who is surely a very tough opponent to overcome. You didn’t look too self-assured at all then. However, when the game began, you just played without fear and when he attacked you in the middlegame, you confidently pushed him back and hardly gave him a chance to recover. How did that happen?

GQ: From the opening, I managed to get the upper hand. I had an extra pawn and my opponent did not have compensation for it. After that, I constantly reminded myself to be more careful in this crucial round as I've had a long history of losing games when I have the advantage. [Ed: Find the annotated game below] 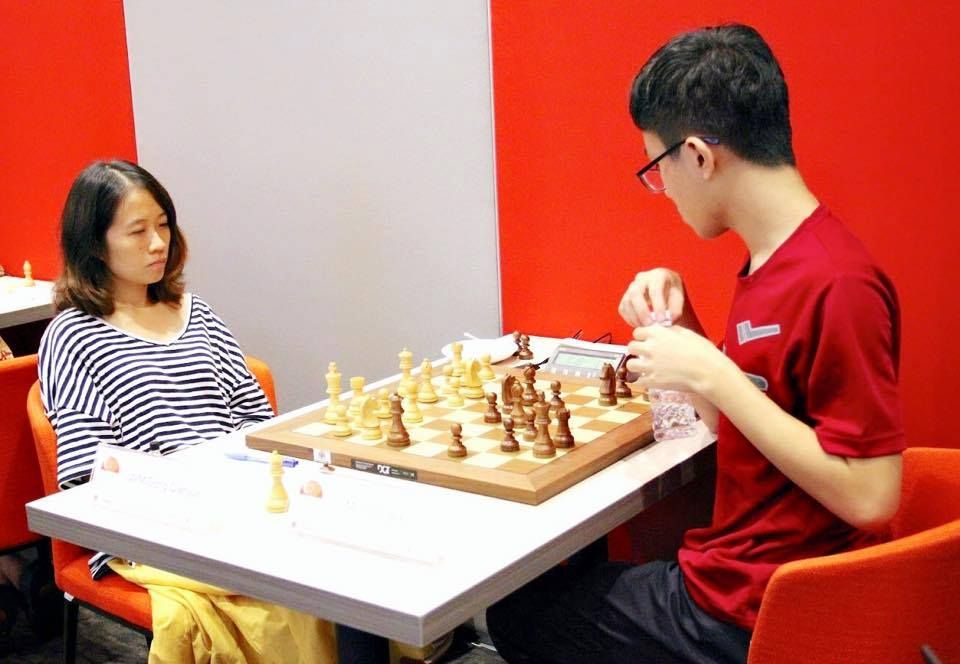 Qianyun was in a must-win situation in the final round against Tin Jingyao | Photo: Junior Tay

JT: Who do you wish to thank for making the WGM title and why?

GQ: I would like to thank my family. They had to spend more time with the kids at my place to allow me to focus on the tournament. I also like to thank Kevin for encouraging me to not give up and for helping me prepare me for the crucial final round game.

JT: How do you intend to celebrate the long cherished WGM title?

GQ: I think I shall wait for the title confirmation before celebrating. Perhaps by having a sumptuous meal with my family. [Ed: The norm was confirmed at the FIDE Presidential Meeting in Bucharest, Romania, earlier this month]

JT: Would you like to show us any games from the event?

GQ: I think my game against Jinyao was my best in the tournament. The rest I’m just tahan-ing…

JT: How did you pick up chess? Who trained you in your early years of chess?

GQ: It was a random opportunity I had when I was 7. Chess was assigned as an extra-curriculum activity in China. Mr Liang Qiaoyang was my first coach. The training mainly consisted of memorizing classical games on a daily basis. When we failed to memorize correctly, we had to wash the toilet. Perhaps that’s why I was motivated to excel. I only began formal training 3 years later in Guangdong chess team.

JT: When did you get good at chess?

JT: Why did you choose to be a chess trainer / National player in Singapore?

GQ: It was an opportunity that brought me to Singapore. I was less competitive back then and more into kids’ chess training. While in Singapore, I realized that I am still very much in love with chess. Hence, I started to be more active in local tournaments and gradually became Singapore’s national champion.

JT: Can you tell us a bit about your family? Does your husband play chess – does he stand a chance against you?

GQ: I have a husband and 2 kids, and they have been supportive of my chess career. My husband played competitive chess when he was younger but is rather inactive these days. He stands a chance when I’m not paying attention!

JT: Are you going to train your kids to become chess masters?

GQ: I have not thought that far but knowing that chess is good for kids’ intellectual development, I am motivated to teach them chess. Whether they develop a passion for it, later on, will be up to their interest.

JT: How do you train now?

GQ: I am reviewing my opening repertoire and trying to improve my endgame and positional sense.

JT: Does being a chess trainer make your ability to improve at chess more difficult?

GQ: Being a chess trainer often gives me a fresh perspective on various positions and actually helps in improving my chess as I have to learn new positions to teach my students.

JT: Do you ever regret choosing life as a chess professional as a career? Would you have done things differently if you could restart again?

GQ: No. If I could, I would have worked harder in my younger years to have a stronger foundation in chess.

JT: Why do you always say “women’s endgame” when you get outplayed in the endgame against strong opponents?

GQ: This is a saying arising from women chess players having a stronger likelihood to lose an equal position in endgames. Sometimes, it just cannot be explained. Of course, it’s just a generalization, there are many women grandmasters who are very good at endgames.

JT: One last question: what advice would you give to girls who aspire to be strong at chess since there are so many more boys in it?

GQ: Although there may be physical differences, when it comes to chess, women are not mentally weaker. So, be confident! And play good chess!

JT: It was a pleasure talking to you, Gong. Thanks for your time. 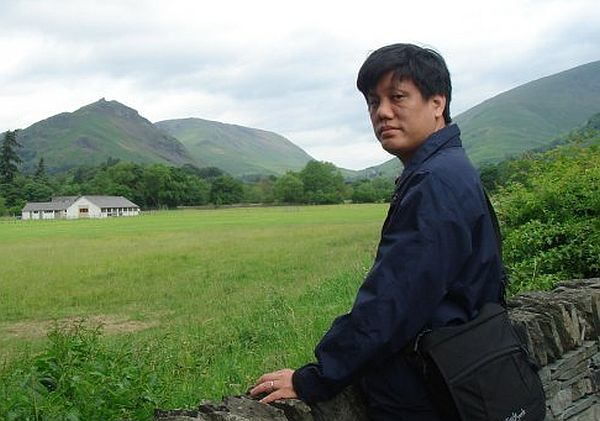 A chess author, editor and coach for the past three years after being a school teacher for 17 years, Tay is a former National Rapid and Cairnhill Open Champion and represented Singapore in international events including the Asian Team Championships.