He is one of the most loved characters in the chess world. As Garry Kasparov said, "The world is a better place when Levon Aronian is playing good chess!" It was his first attempt at the Gibraltar Chess Festival and Levon Aronian did it! He won the event in style beating Richard Rapport and MVL in the tiebreaks! For Indians, Abhijeet Gupta showed a solid performance scoring 7.0/10 and finishing ninth. GM norm was scored by Prithu Gupta and IM norm by Raunak Sadhwani. Players like Debashis Das, M.R. Venkatesh, Hemant Sharma performed admirably, much above their rating. We have the detailed final report from Gibraltar.

The last round of the Gibraltar Masters, the tenth one, began with five players on 7.0/9 and fifteen on 6.5/9. At the end of the round we had seven players on 7.5/10 - Nakamura, MVL, Rapport, Aronian, Adams, Le Quang Liem and Vitiugovv. The first four players based on the rating performance tiebreak were selected for the playoffs. 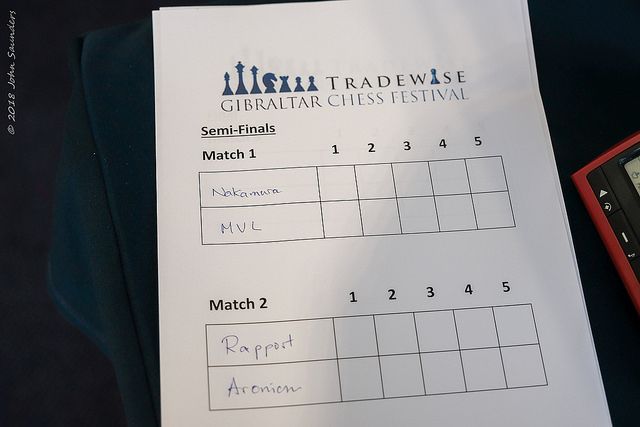 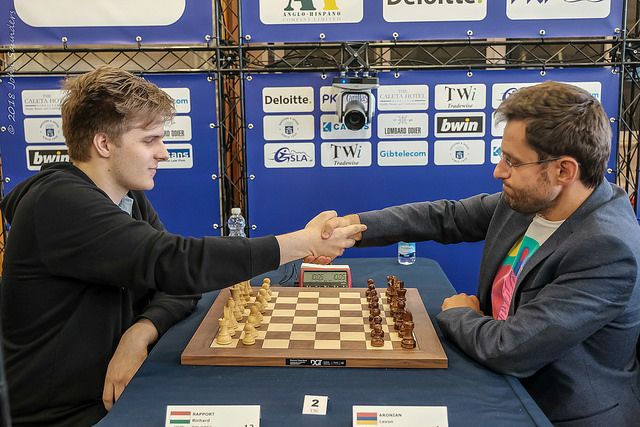 Aronian came to the last day in his favourite cat t-shirt. Unlike the World Cup 2017, he was wearing the blazer! Aronian beat Rapport 2-0 in the 10+5 tiebreaks but it was by no means a one-way stream!

In the first game, Aronian was clearly on the defensive with Rapport (White) having the bishop pair. But he defended staunchly and managed to trick his opponent in time pressure.

In the second game Aronian gave his opponent absolutely no chances and won in clean style: 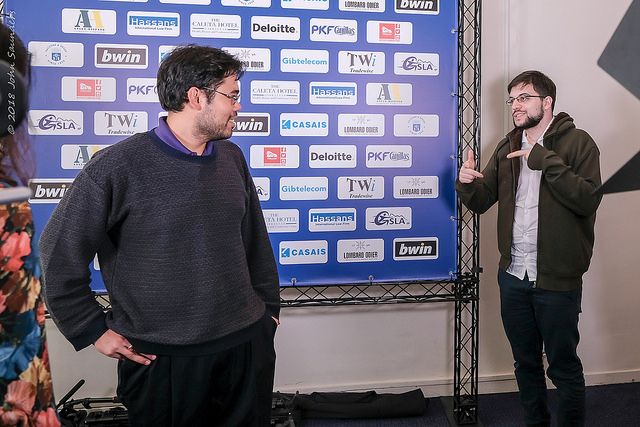 "We both are playing each other in the tiebreaks!" MVL tells Naka

The first two games ended in draws. The third one was the decisive one, filled with great drama that MVL was able beat Nakamura in. In fact the American was clearly better for the major part of the game, but in time pressure it all went wrong for the defending champion. MVL won the game with some nice knight jumps! 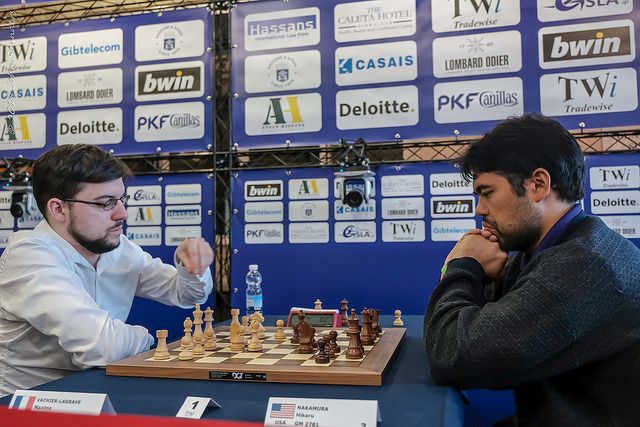 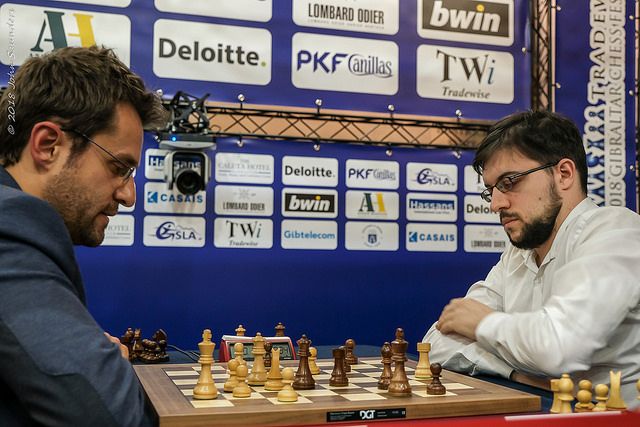 It was now a repeat of the World Cup 2017 semi-finals tie-break! Aronian vs MVL!

The first three games were all drawn, with both players being evenly matched. In the fourth game Levon played in classy positional style, giving absolutely no chances to his opponent right from the opening until the endgame and scoring the full point, winning the tournament! It was a game where the Armenian showed what a classy player he is!

Interview with the champion!
Maxime Vachier-Lagrave speaks after finishing second 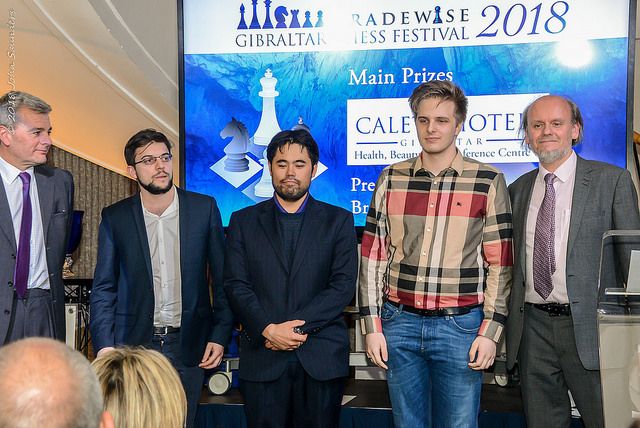 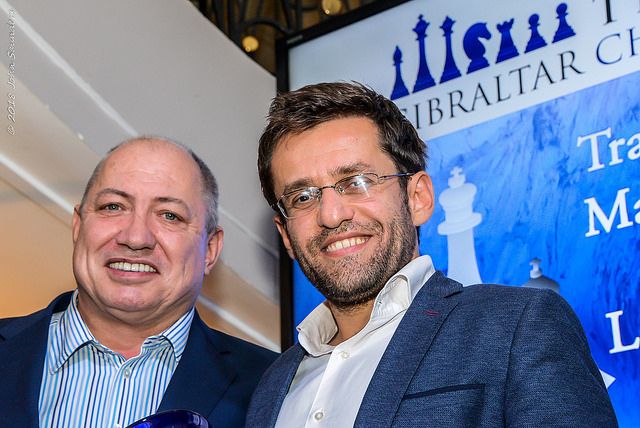 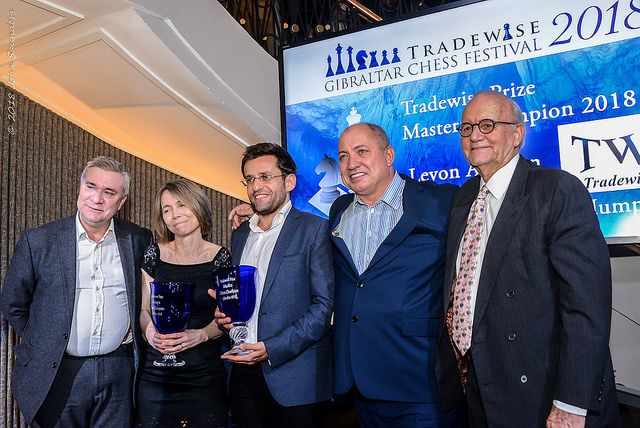 Aronian won the tournament, while the best woman prize went to Pia Cramling!
Pia Cramling speaks to Tania Sachdev after a fantastic performance! 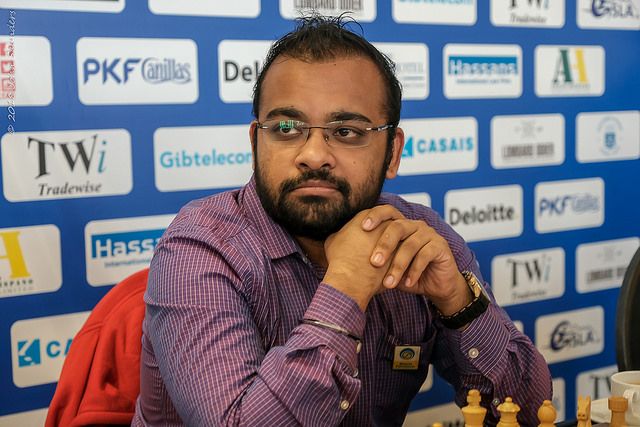 Abhijeet Gupta was the best performer for Indians as he scored 7.0/10 and finished ninth 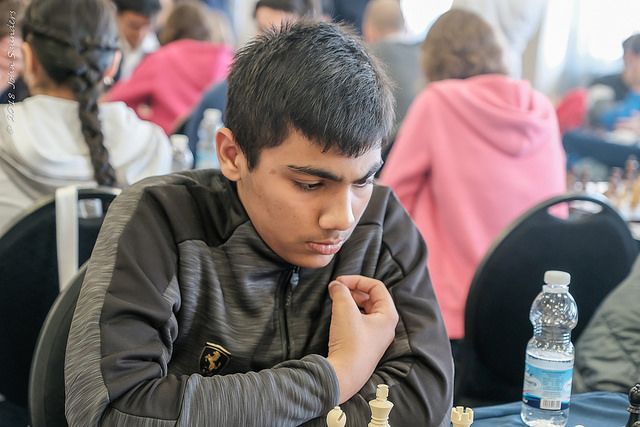 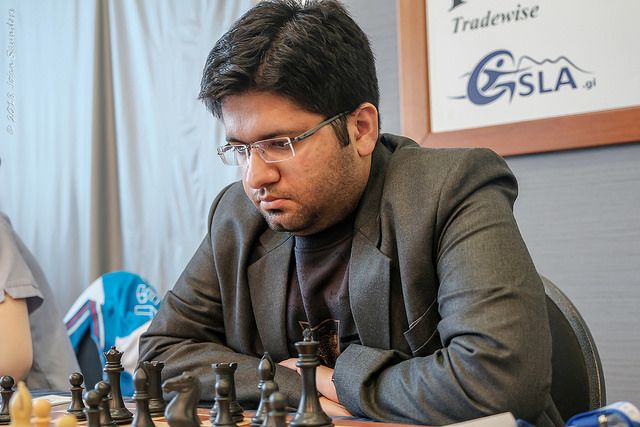 Hemant Sharma needed to win the last round to get his GM norm. He drew and missed it narrowly. However, a performance of 2570 is something to be proud of! 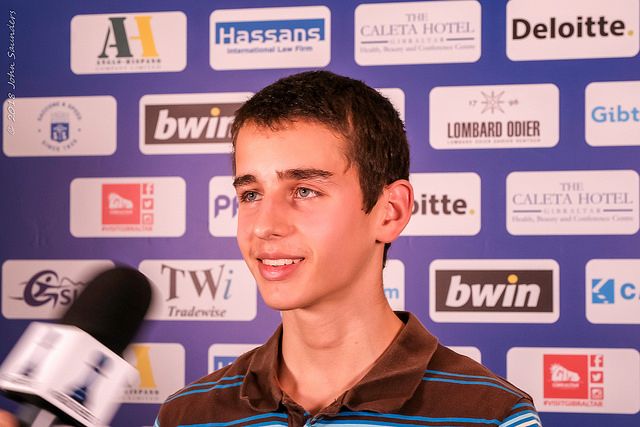 Lance Henderson played the tournament of his life beating Huschenbeth, Papp, Huzman and Ju Wenjun. This was after he had drawn the first round to Dev Shah, rated 1977!

Debashis is the only Indian player apart from Abhijeet Gupta who remained unbeaten in the tournament.  His last game against Sandipan Chanda is a show of wonderful positional chess:

If you looked at the game carefully, you will realize that the two key moments of the game happened on the d6 square. The queen sacrifice and then the king entering in the position which led to resignation! 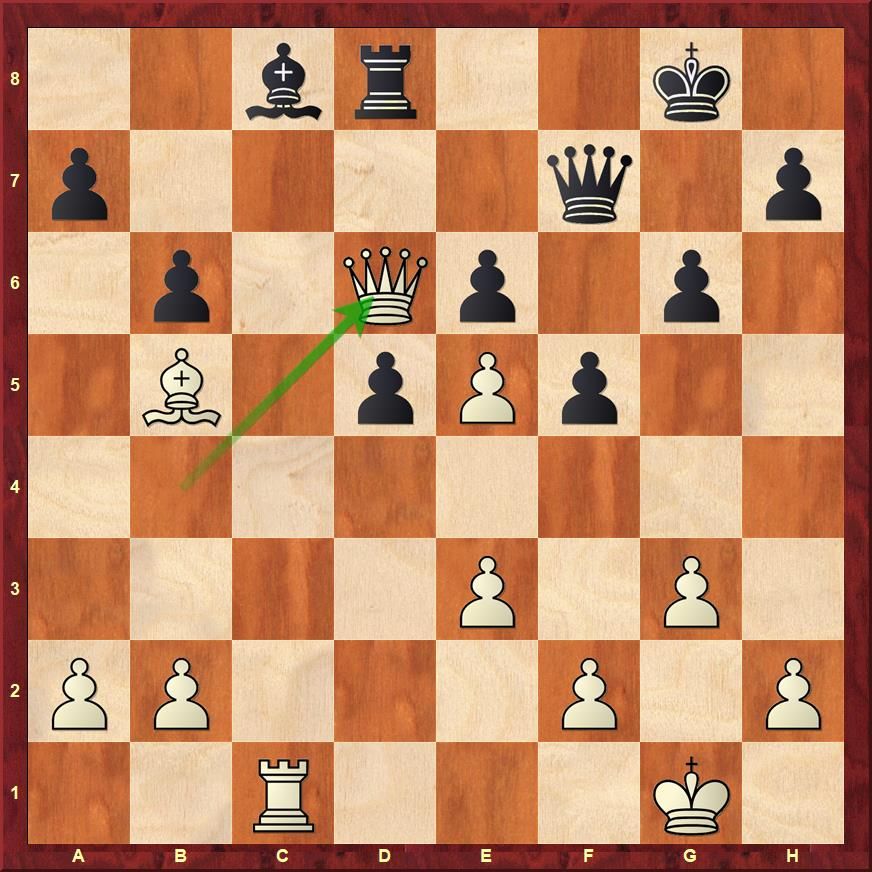 Qd6!! led to a forced queen exchange after Qf8. 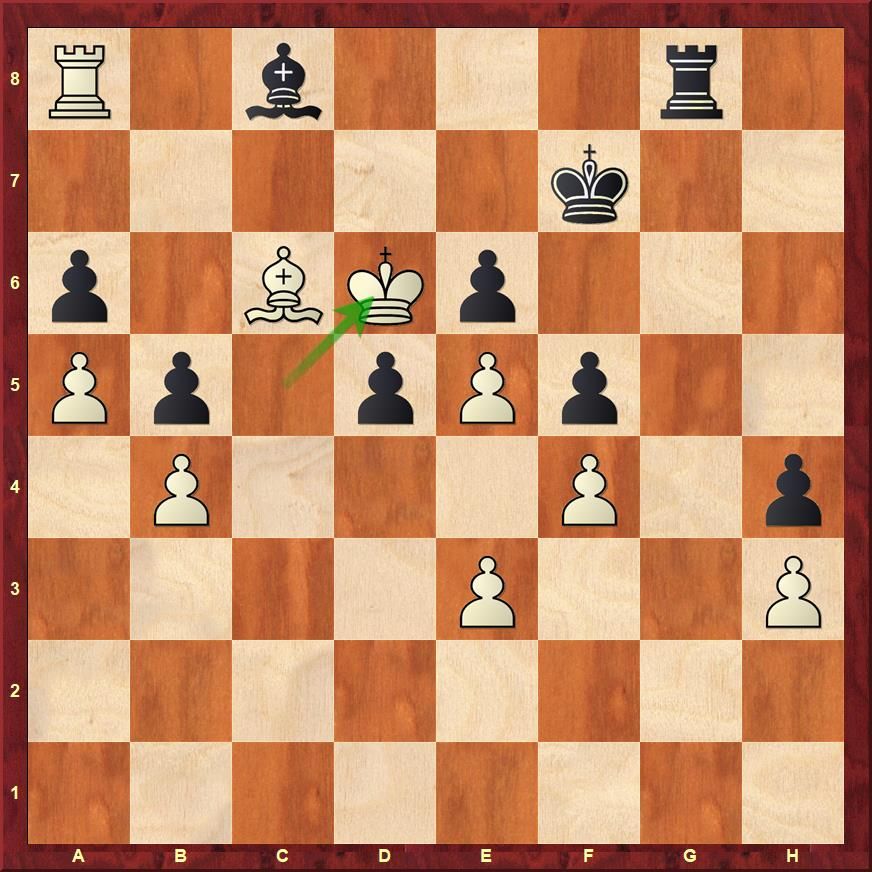 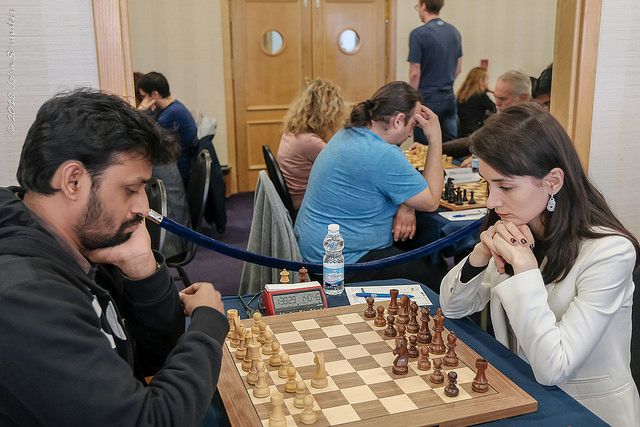 GM M.R. Venkatesh played against some of the finest women players in the world. He drew against Ju Wenjun, Lagno and Anna Muzychuk and beat Alexandra Kosteniuk in the last round!

The first four places are not in the right order because of the tiebreaks, as explained at the start of the article, the rest of the standings are correct!

A huge congratulations to the entire team of Gibraltar Chess Festival led by tournament director Stuart Conquest for another splendid tournament.