If you enjoy playing otb chess, Gariahat Chess Club is the place to be to play a friendly blitz game against anyone, any time. Of course you have to be prepared to remain impervious to the cacophony of traffic. It is just like the online chess servers, except this is where you get to play against someone whom you can actually see in person and move pieces physically on the board. The 24x7 open chess club has organized various tournaments witnessing 300+ players on this busy area of the city. On Sunday 21st February, Open Air Chess Fest witnessed 158 players participation including four IMs. Photo: FA Mrinal Ghosh

The chess craze is at an all time high. Add to that, the Covid-19 pandemic which caused almost everyone to be away from over-the-board tournaments for almost a year or in some cases longer than that. Gariahat Chess Club is one of the few clubs which is free-for-all. You can come and play against anyone and at any time of the day, 24x7 to be exact and throughout the year. There is no fee to play and you just need to know the universal language of chess to partake in a game. 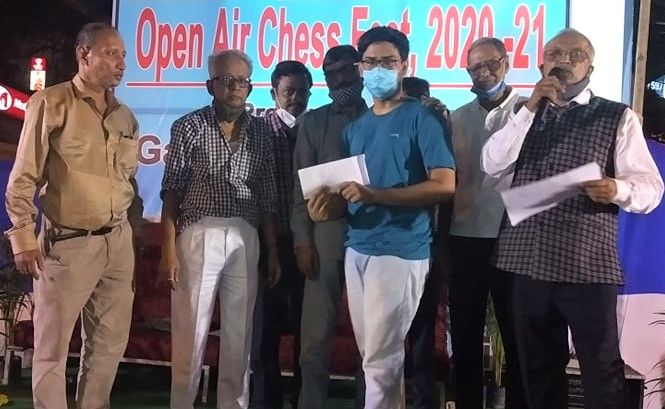 Both IM Aronyak Ghosh and Subhayan Kundu finished at 6.5/7. They drew with each other in the final round. However Aronyak edged ahead due to a better tie-break score. Five players finished at 6.0/11. They are - Shankhodip De, IM Mitrabha Guha, IM Srijit Paul, Anustoop Biswas and Tejash Jain. State Under-11 Open 2019 champion Shankhodip surprised everyone and finished third according to tie-breaks. 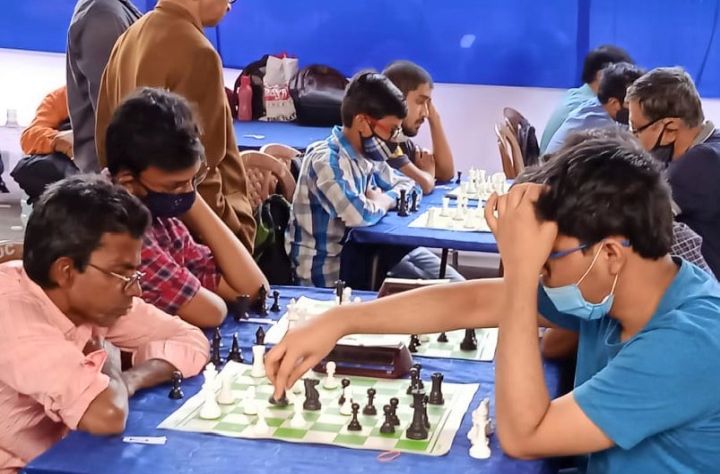 In Round 5, Aronyak was up against Anustoop Biswas. The rating favorite showed his mettle by utilizing his bishop pair correctly. 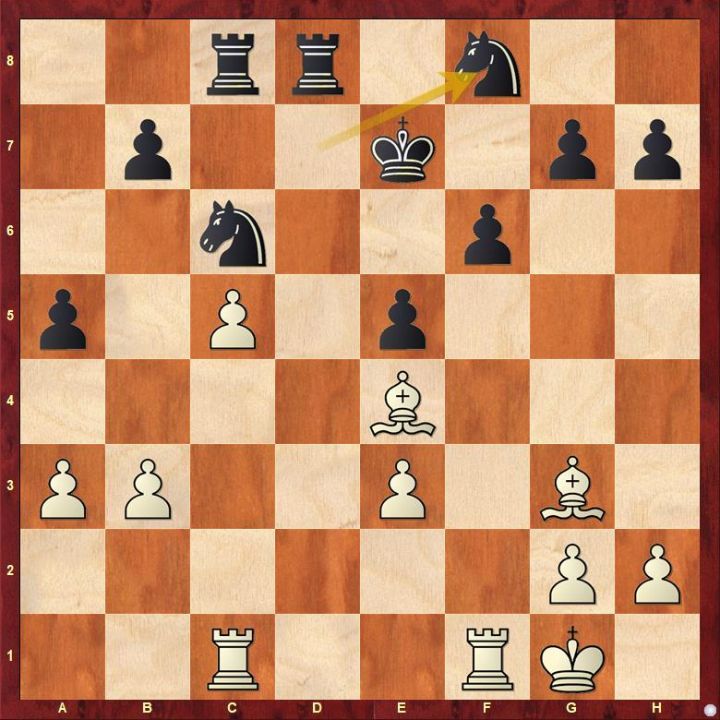 It is evident that white has advantage in the above position. What is the correct plan for white?

Aronyak survived a tumultuous position against IM Srijit Paul and turned things around. However he had a quicker win which he missed. 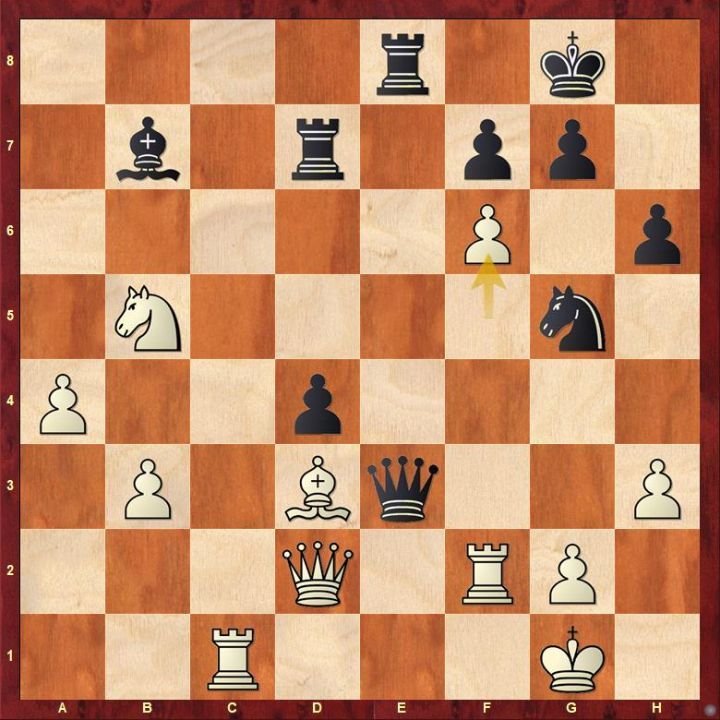 Find out the winning continuation for black after 33.f6 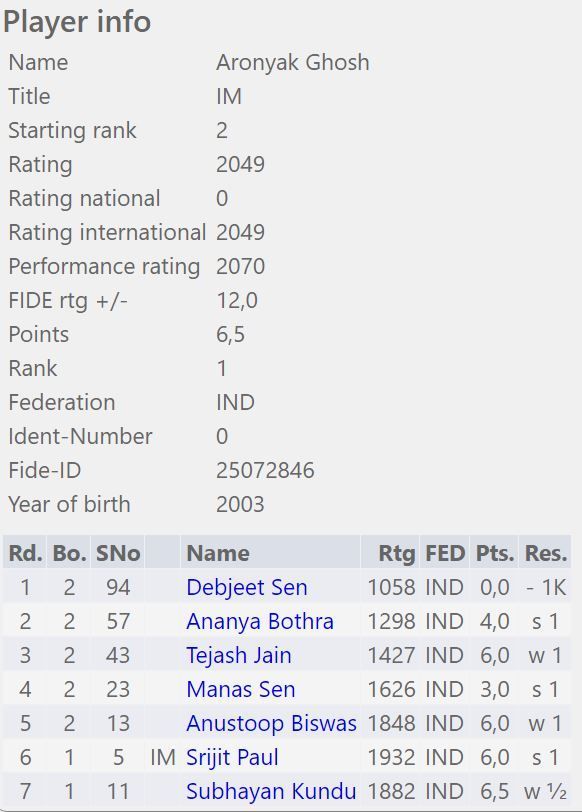 Aronyak on playing otb chess after a long time and winning the tournament, "It feels great to win a tournament especially after playing some poor chess in the first two tournaments I played earlier this month." 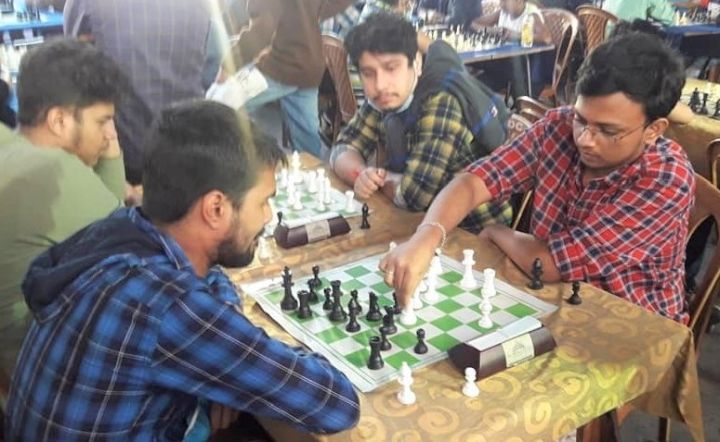 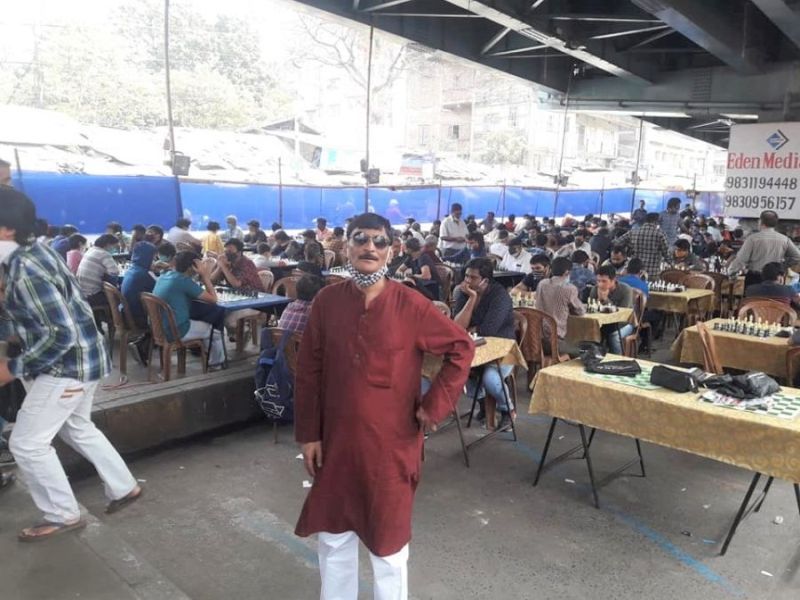 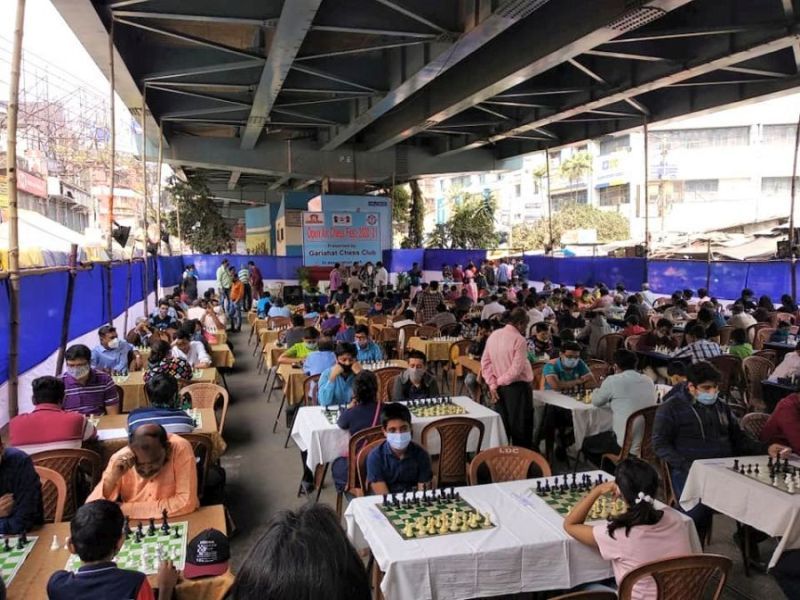 A glimpse of the playing arena | Photo: Arijit Sil 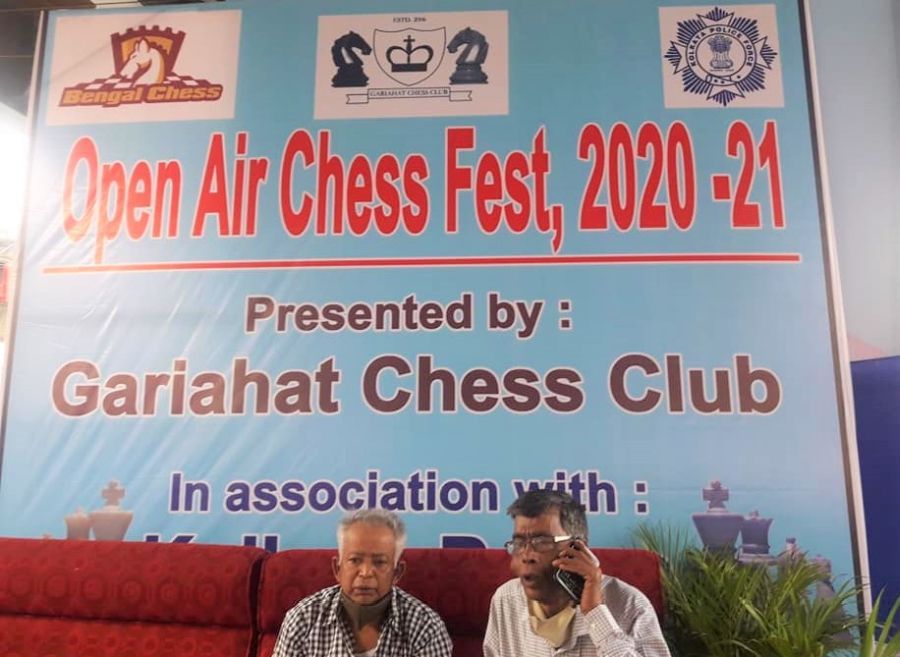 Total 158 players including four IMs took part in this one-day open rapid tournament. Players from various districts across the state of West Bengal took part in this event organized by Gariahat Chess Club in association with Kolkata Police.

It is well known among chess universe that Gariahat Chess Club is one of the few open air chess clubs where you can play chess 24x7 for free without any membership or registration. Almost two and a half years ago in November 2018, Wesley So for the first time visited the club before playing Tata Steel Chess India Rapid and Blitz. How did it happen? Gariahat Chess Club was featured in the widely popular chess magazine - New in Chess which caught the attention of Tata Steel Chess Tournament Director - Jeroen Van Den Berg.

In 2019, both Ding Liren and Hikaru Nakamura visited the club and played a couple of friendly blitz games. Whom did the regulars at the Gariahat Chess Club wanted to see back then?