Dibyendu Barua Chess Academy has been organizing Intra DBCA Chess Tournament since 2006 to encourage kids, increase general interest in chess and spread chess literacy. For the first time, a team championship was organized in an Intra DBCA Tournament but with a twist. The teammate must be directly related to the student. A concept inspired from Abu Dhabi Chess Festival was implemented for the first time in an Intra DBCA tournament. Total 38 teams participated in various combinations from father-son, father-daughter, mother-son, mother-daughter to grandfather-grandson. Here is a report full of photos and videos by Shahid Ahmed who was present at the event. 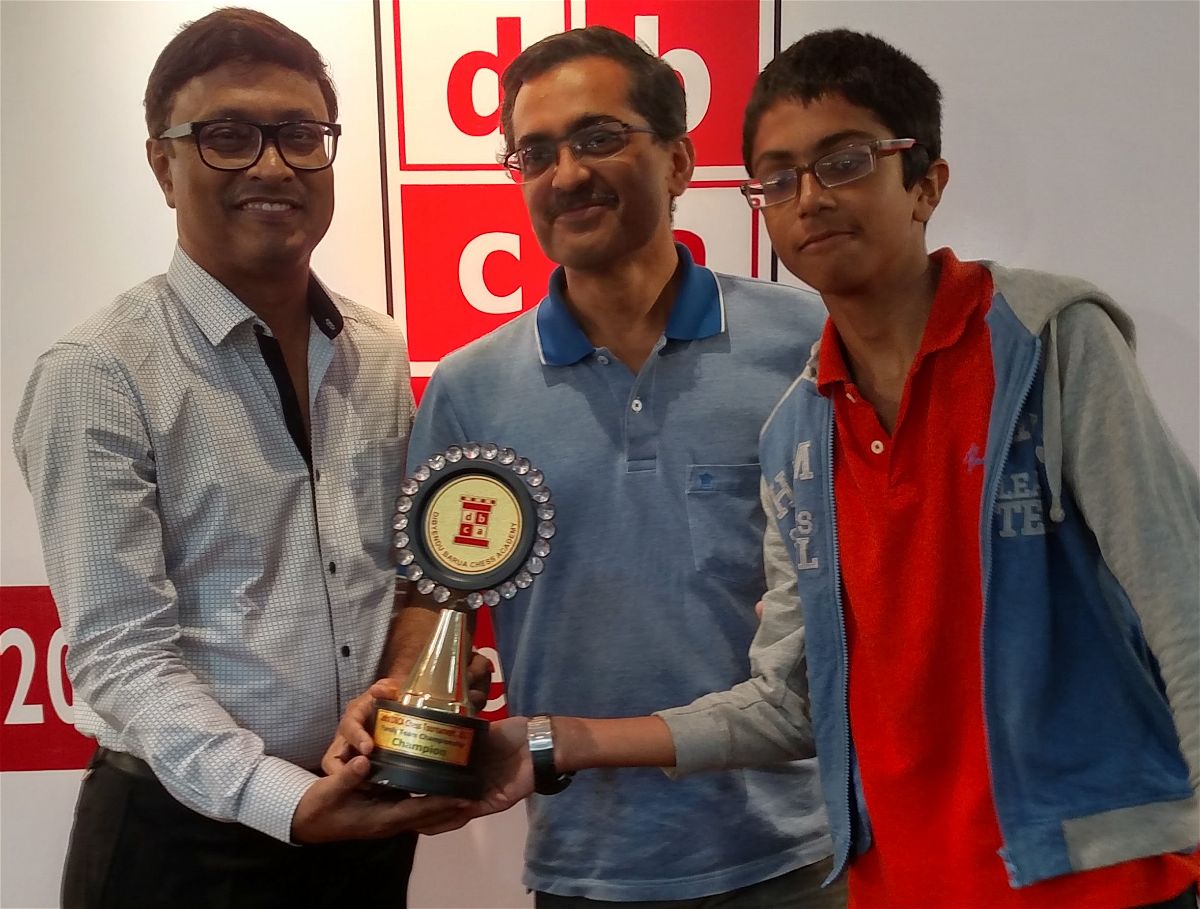 Team Chatterjee receives the Championship Trophy from the founder of DBCA, GM Dibyendu Barua himself 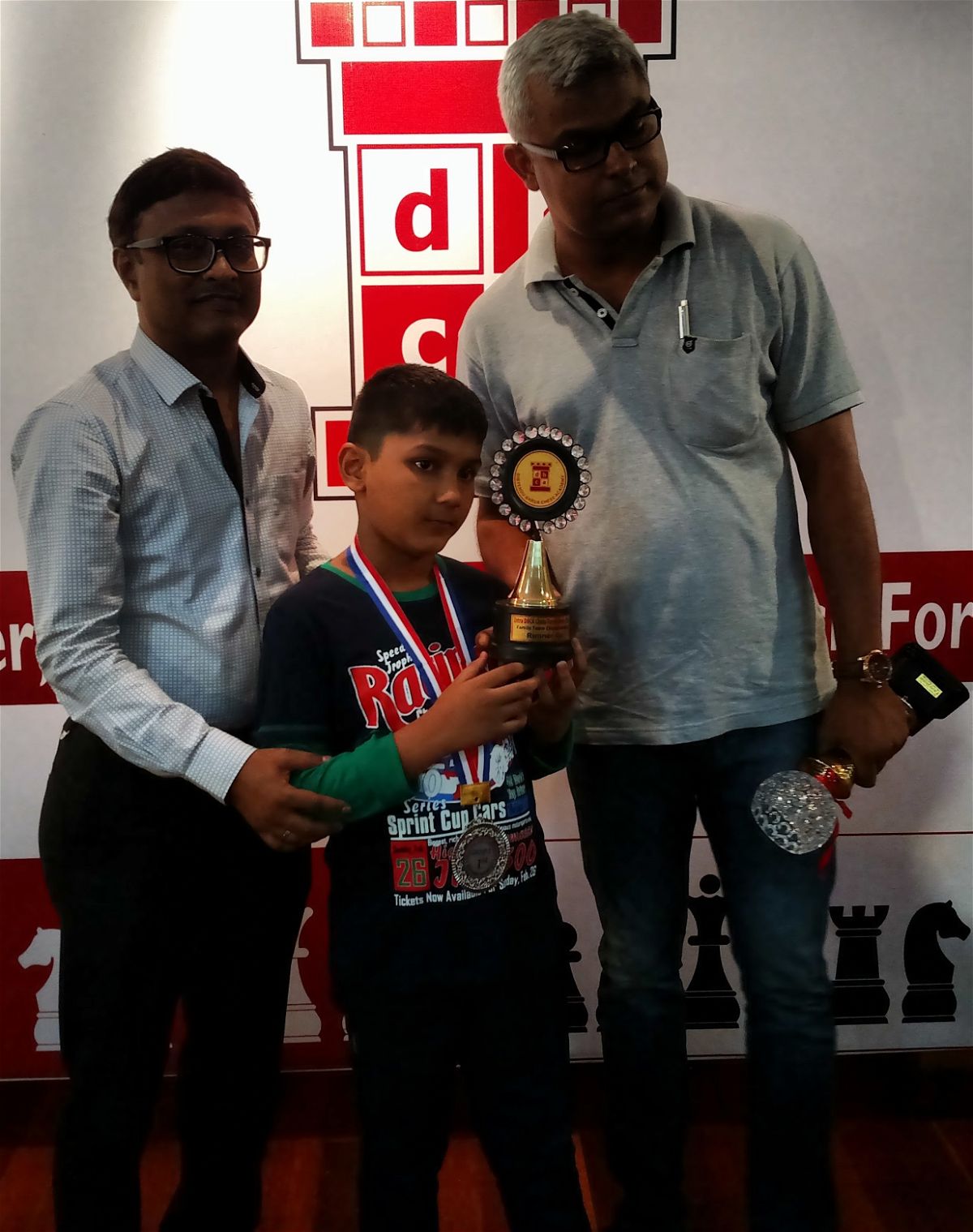 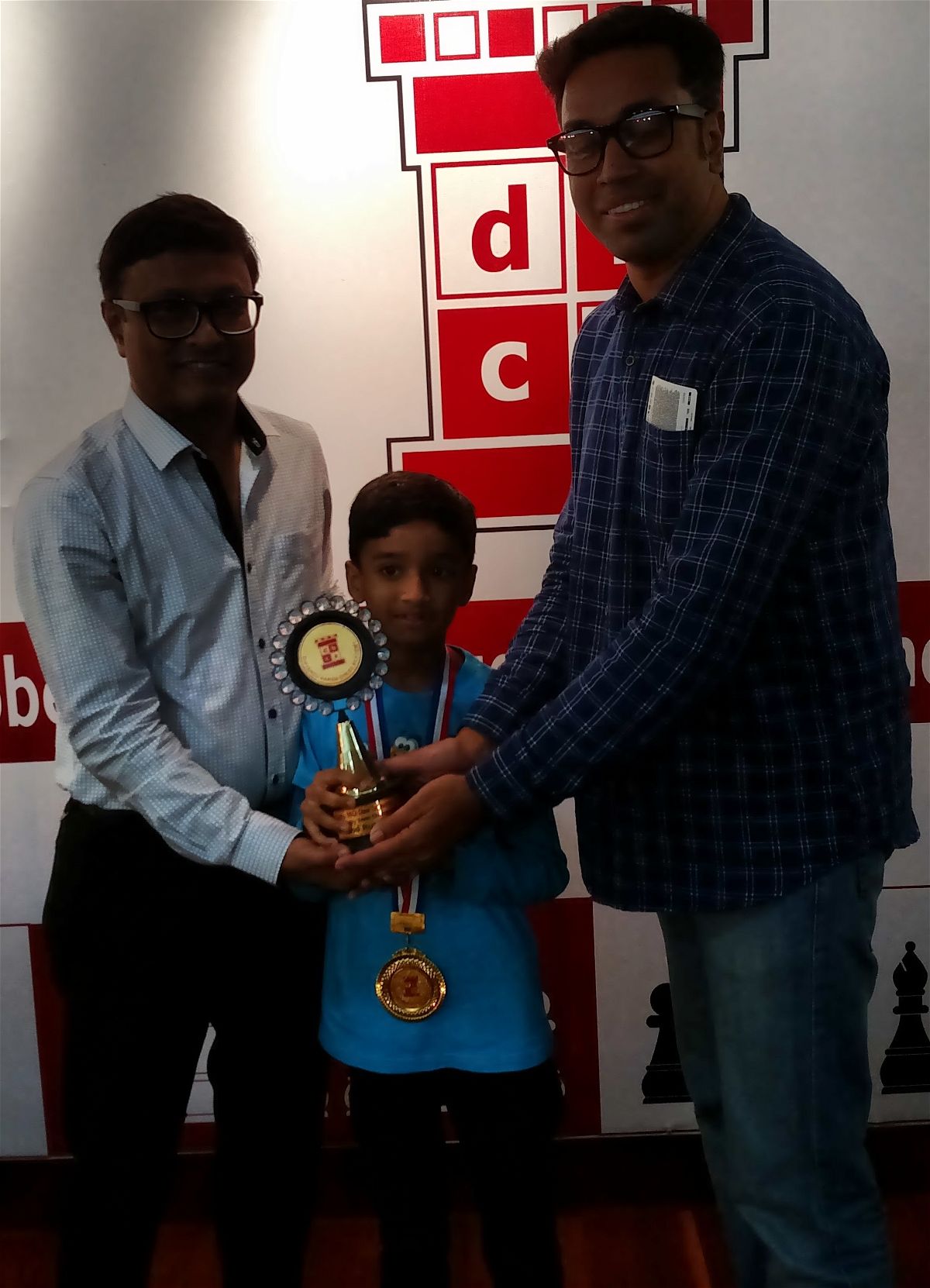 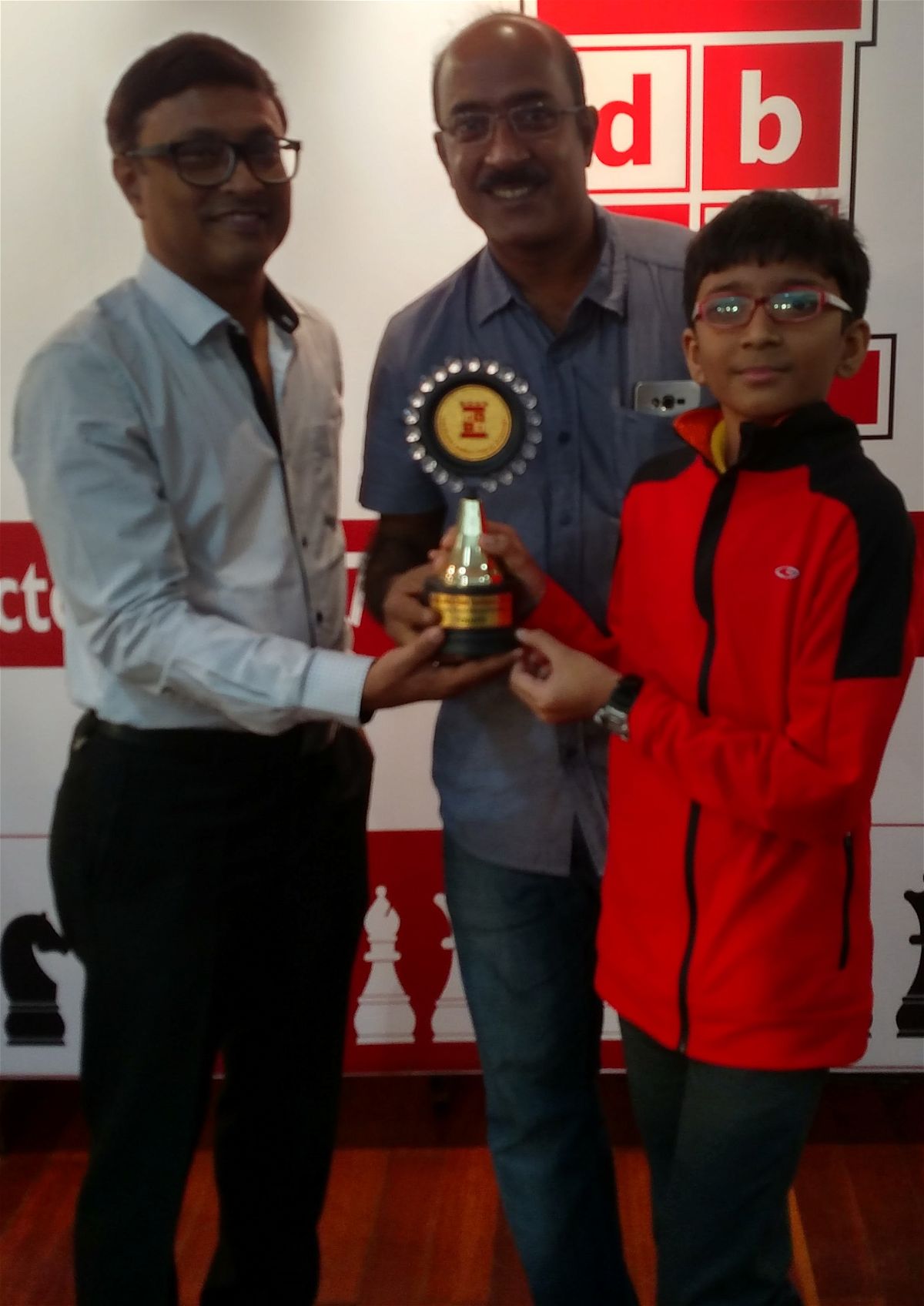 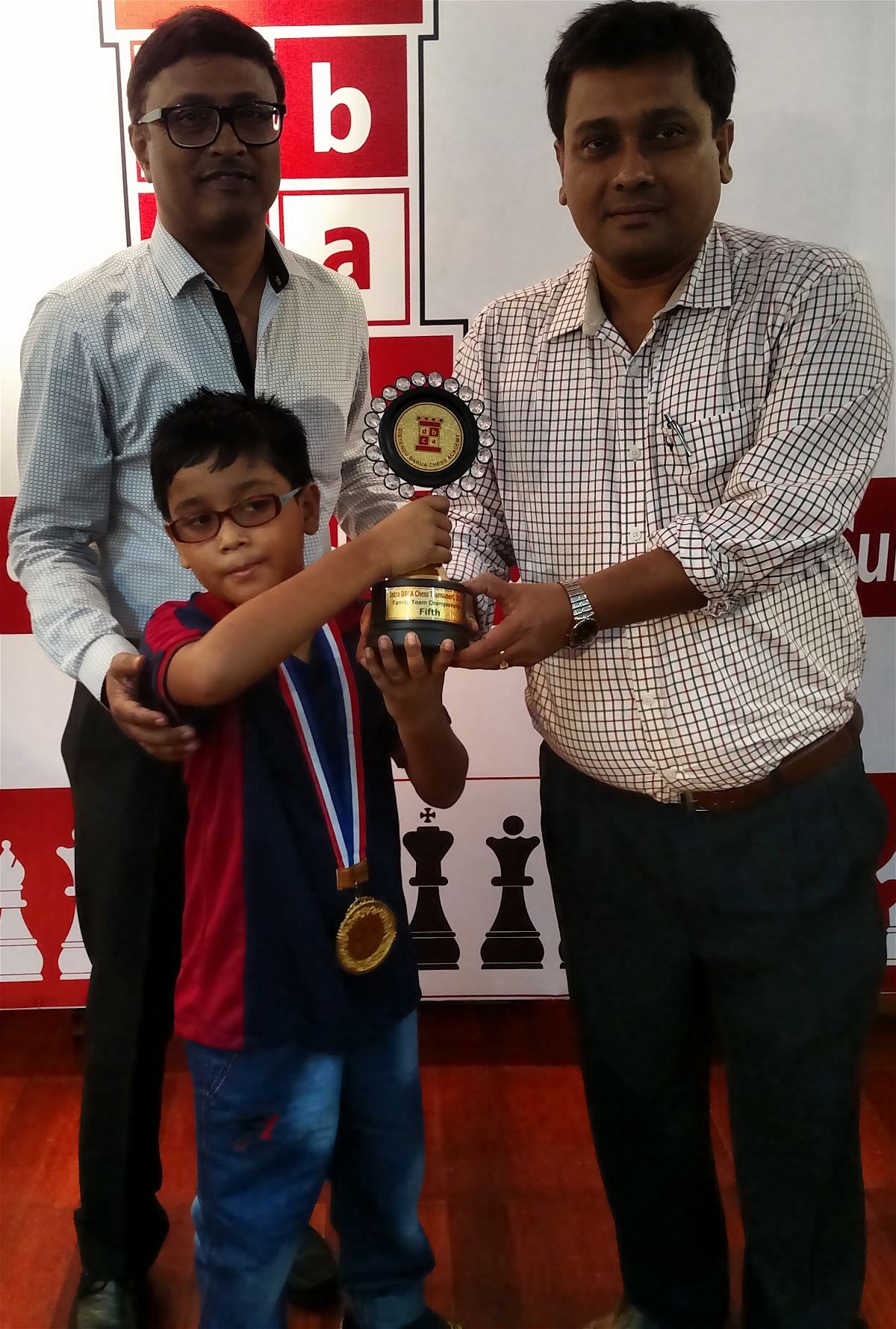 For the first time, Dibyendu Barua Chess Academy organized a family team chess championship in Intra DBCA Chess Tournament 2017. The eligibility criterion was, the family member must be related to the student and family members will not face students. Thus every child can brag that my dad/mom is the best inside the checkered 64 squares. We saw various teams like mother-son, mother-daughter, father-son, father-daughter, two brothers and the most inspiring duo was a grandfather-grandson duo. Let's take a look at some of the different combination of teams: 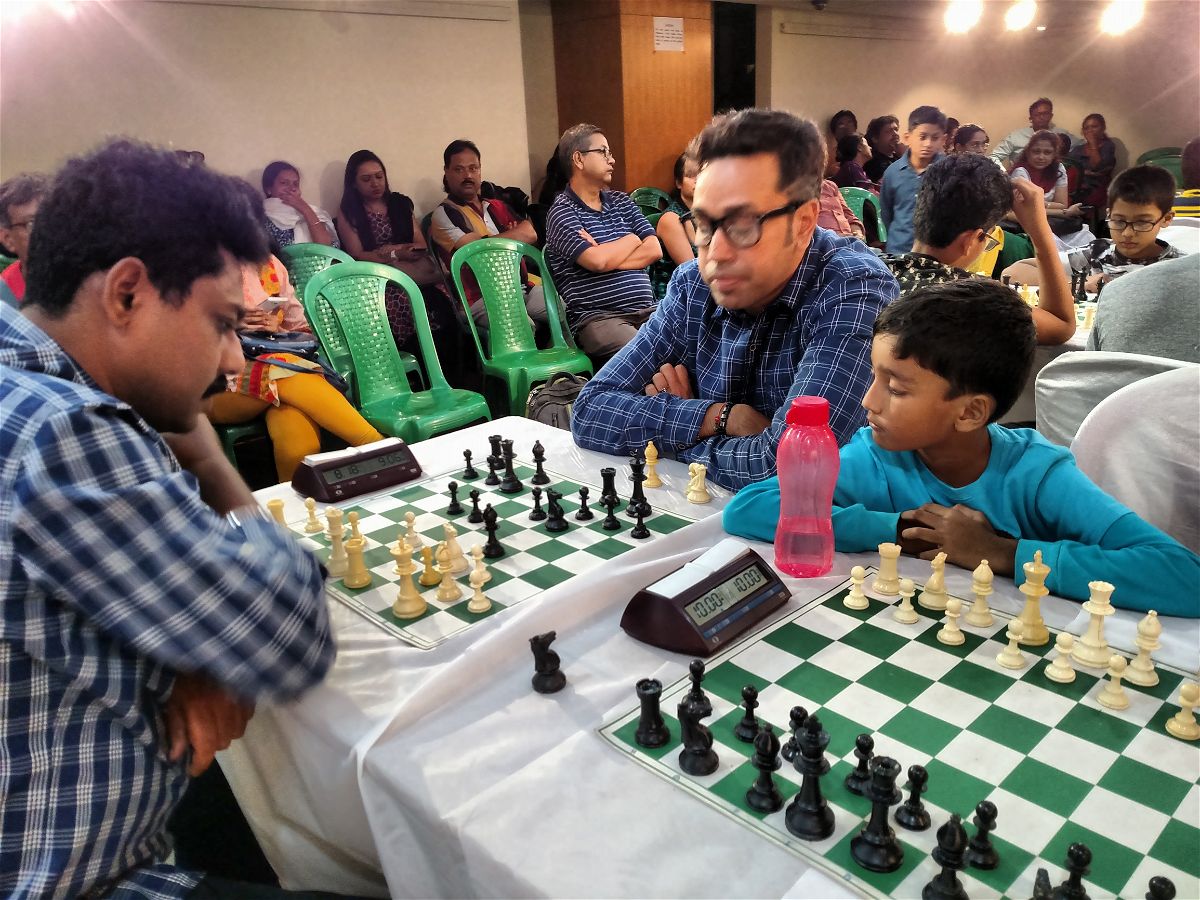 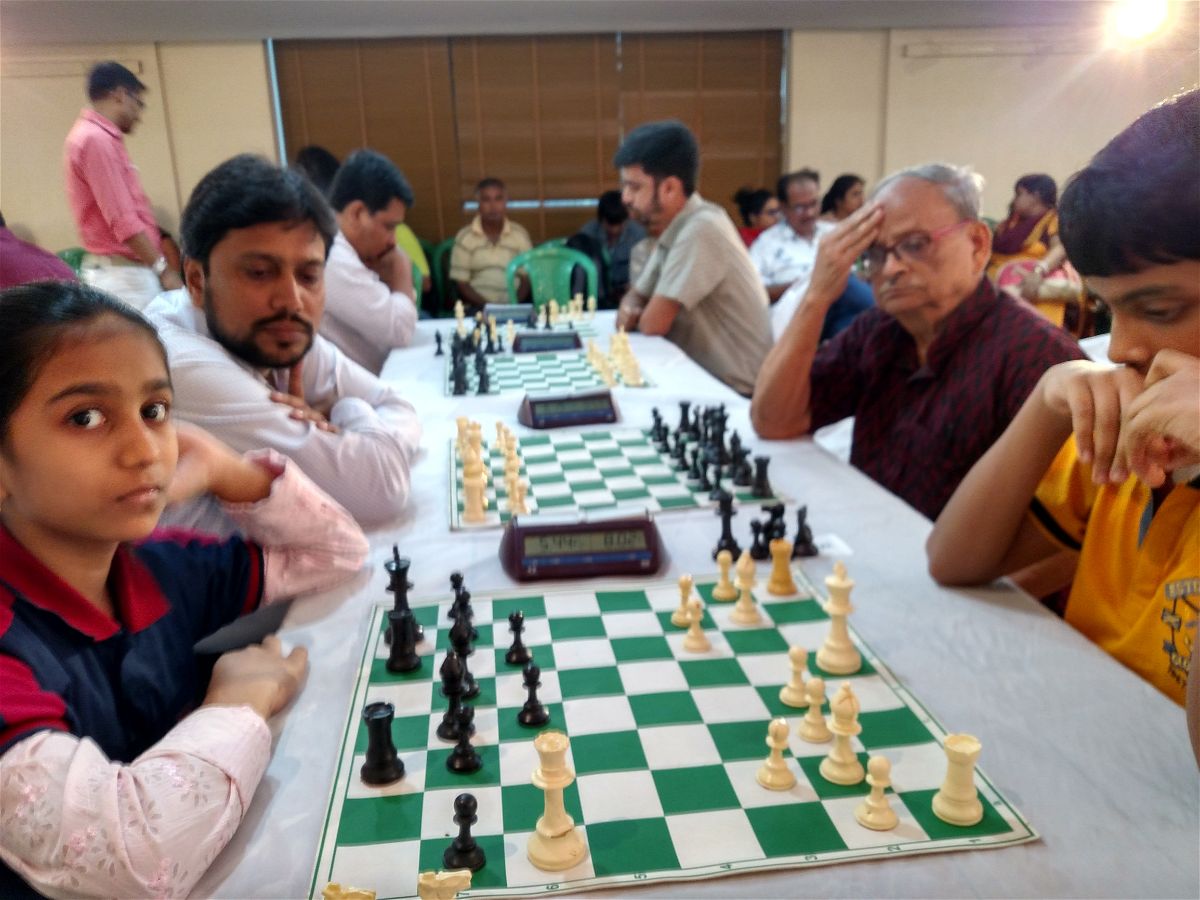 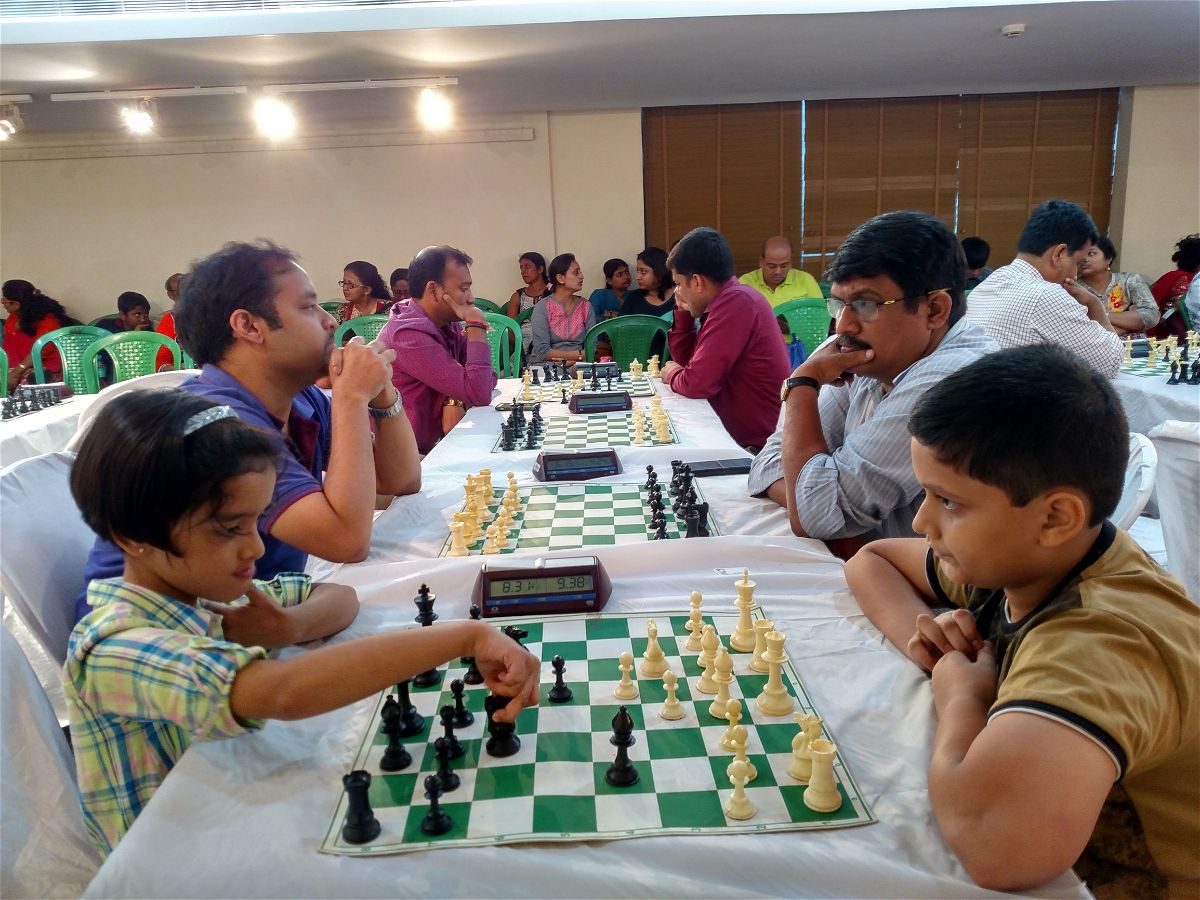 Dads completed their game, but their kids are yet to 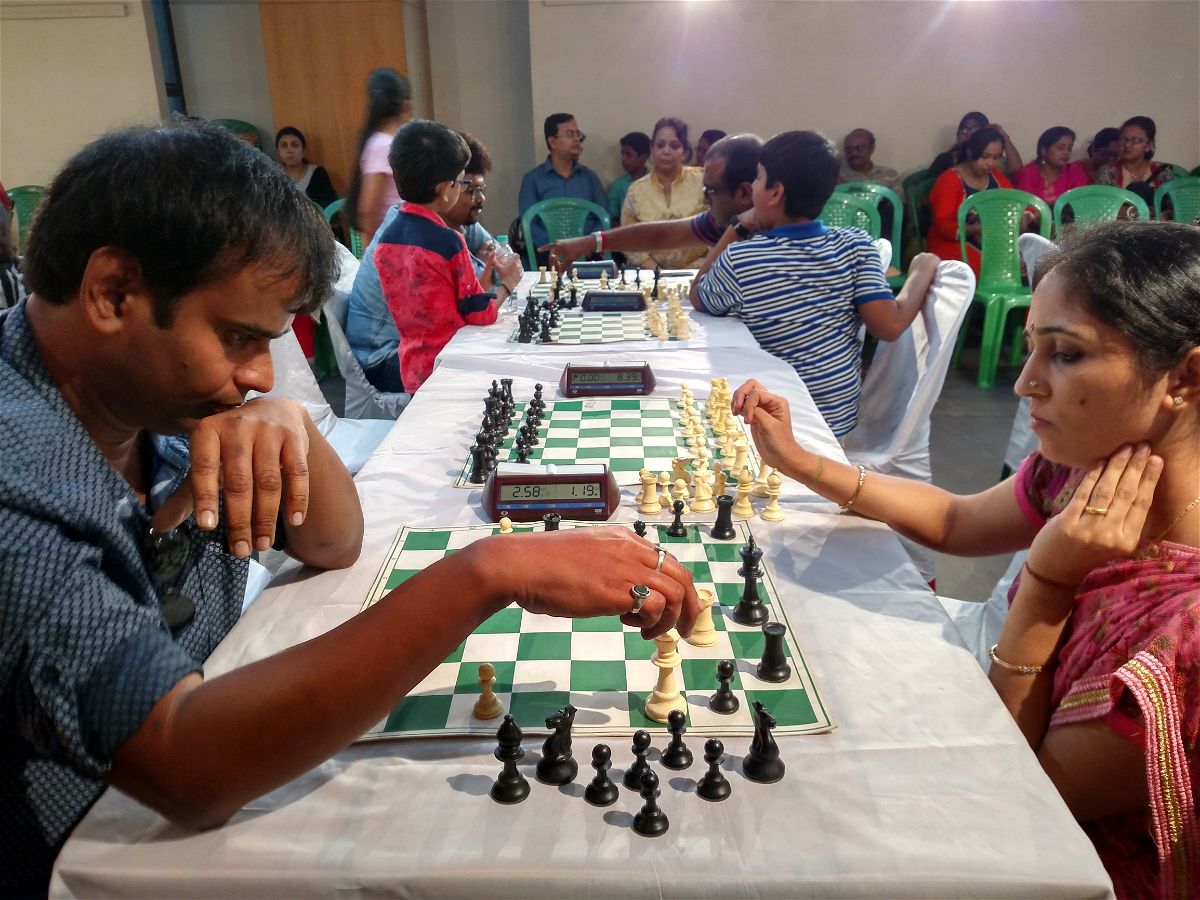 Battle of the sexes over 64 squares 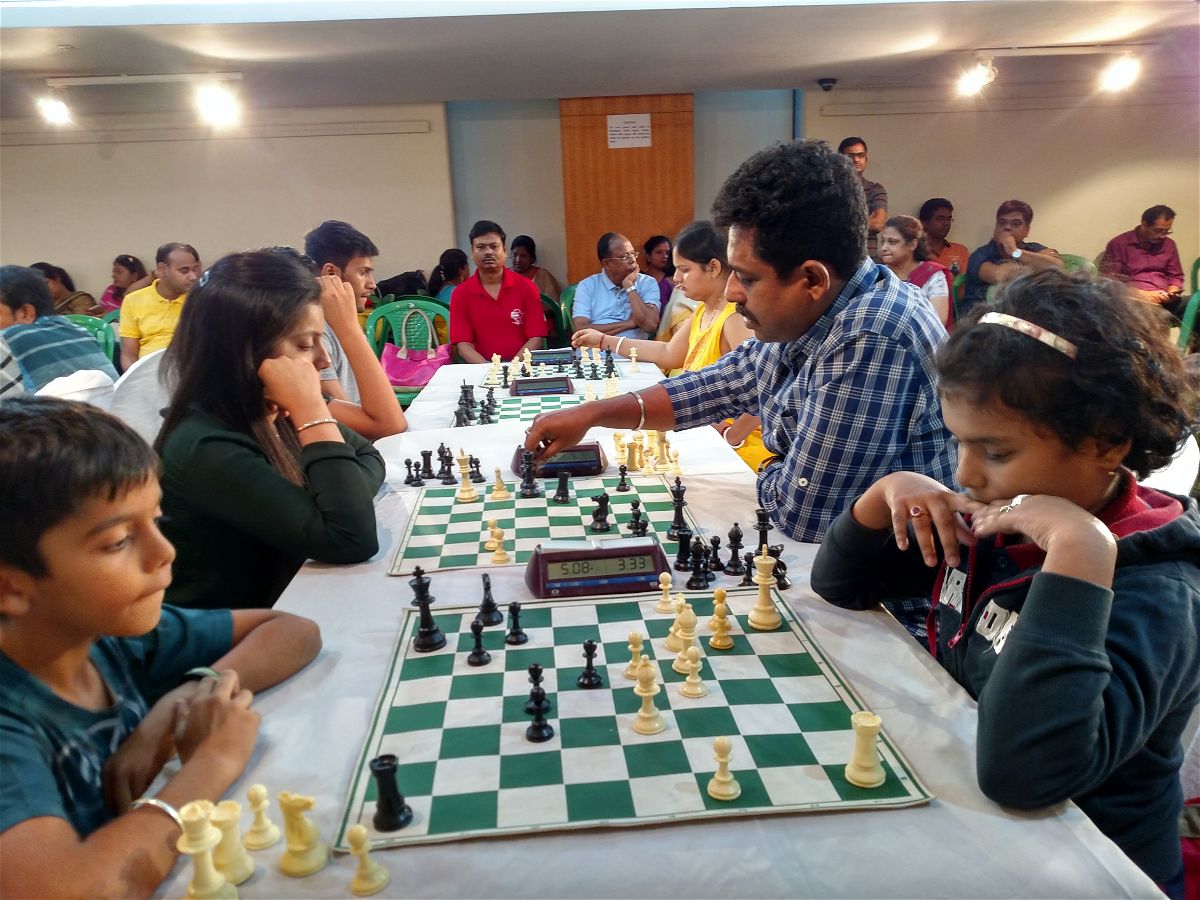 The opposite teams: Mother-son vs Father-daughter 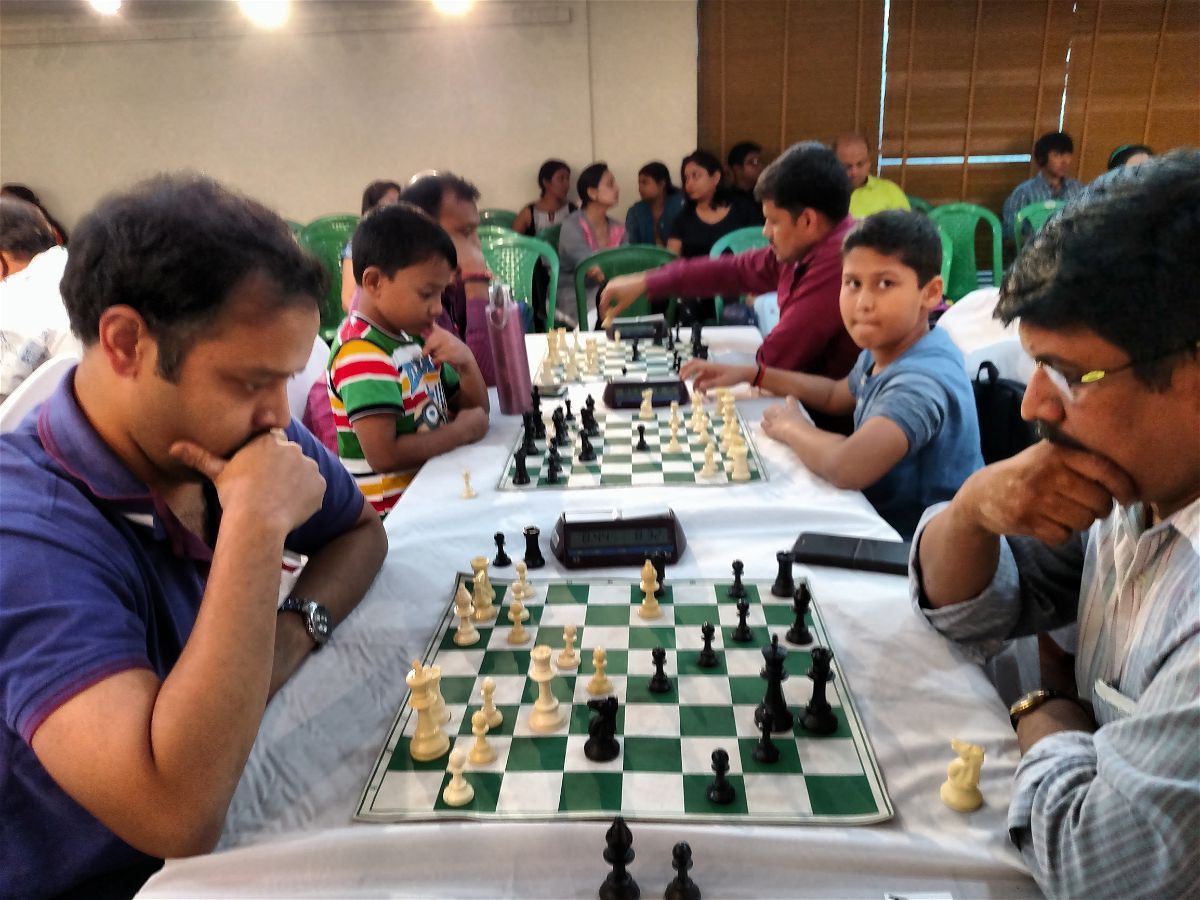 Intra DBCA also featured some age/strength specific groups which garnered almost 200 different participants comprising of two different centres of DBCA in Kolkata. The groups were - Marching Pawns B (under 8 of silver 1), Marching Pawns A (above 8 of silver 1), Galloping Knights B (under 8 of silver 2 & 3), Galloping Knights A (above 8 of silver 2 & 3), Bold Bishops (silver 4 & Morphy), Rocking Rooks (gold, advance and special) and Elite (For players with ELO rating). 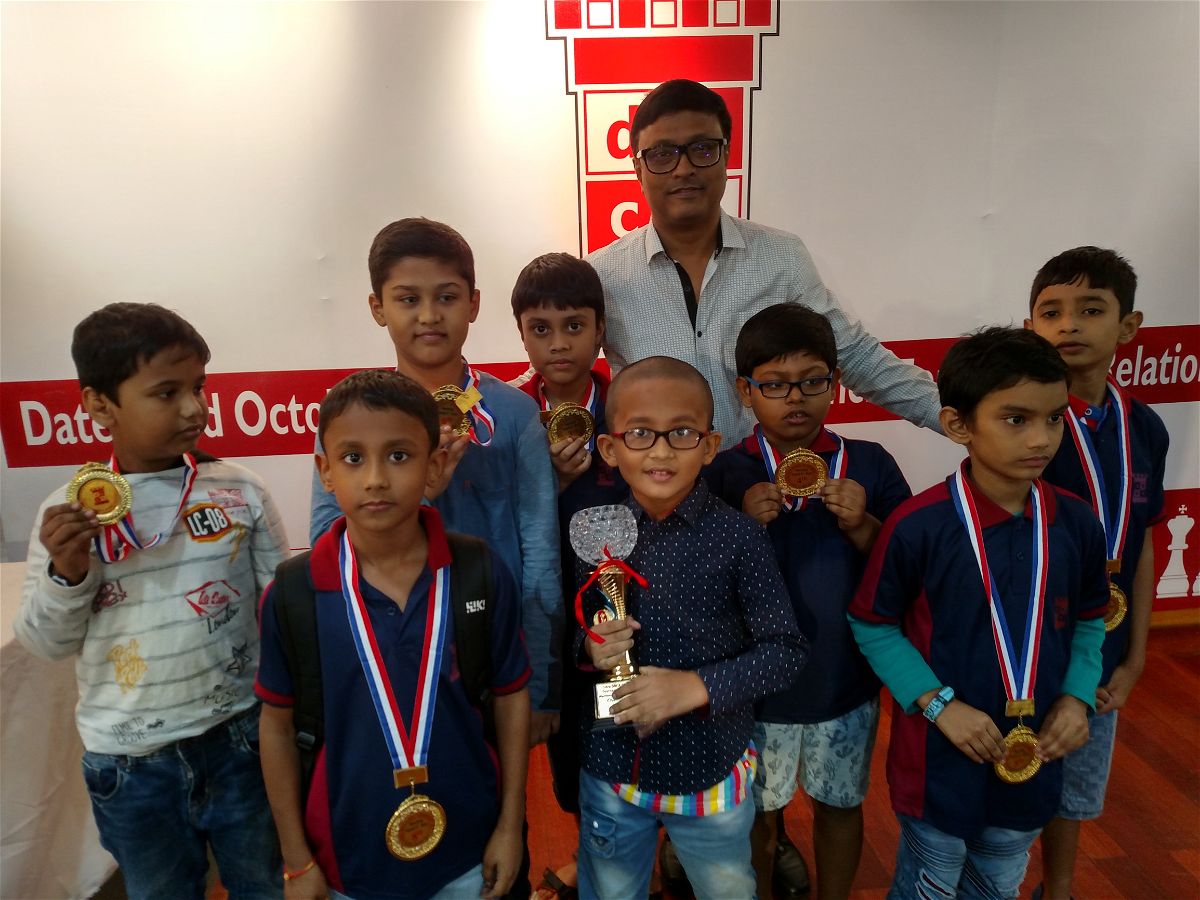 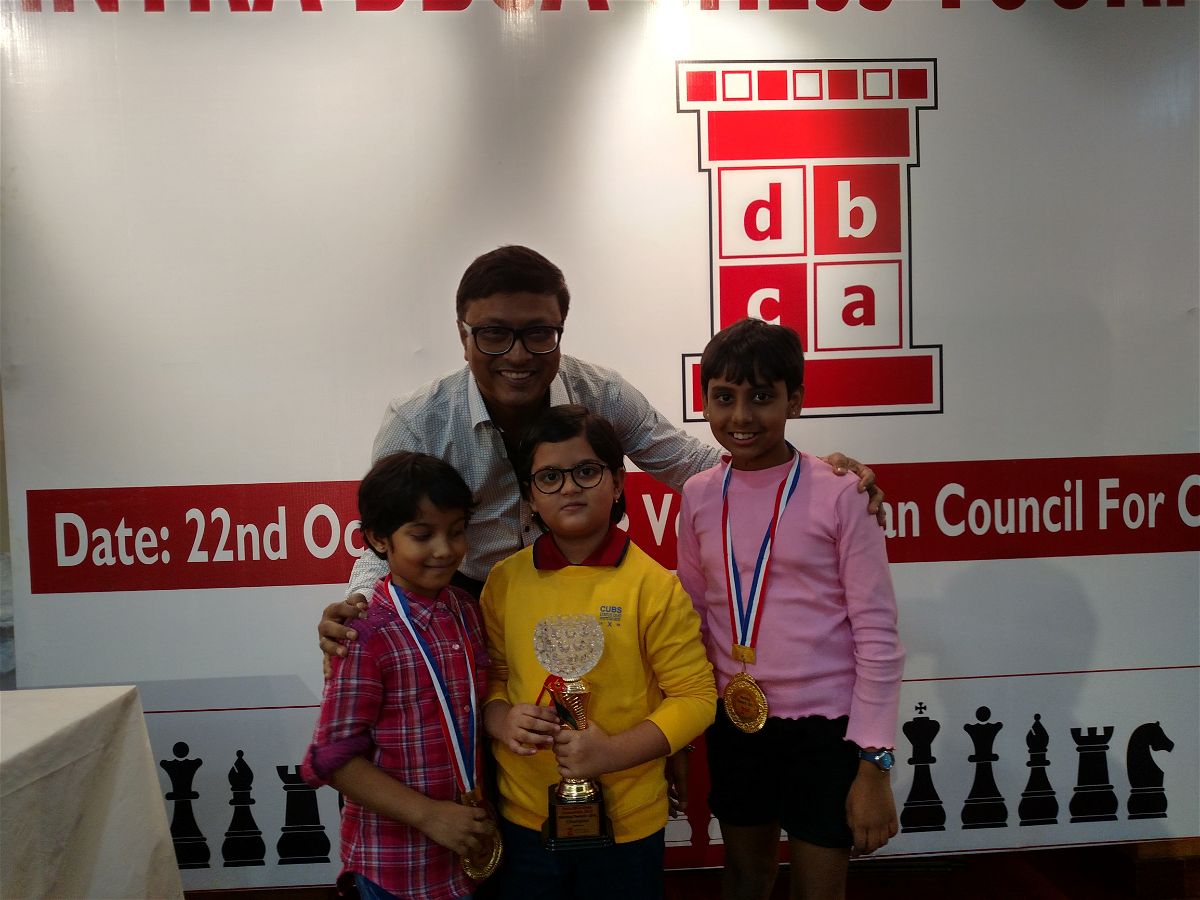 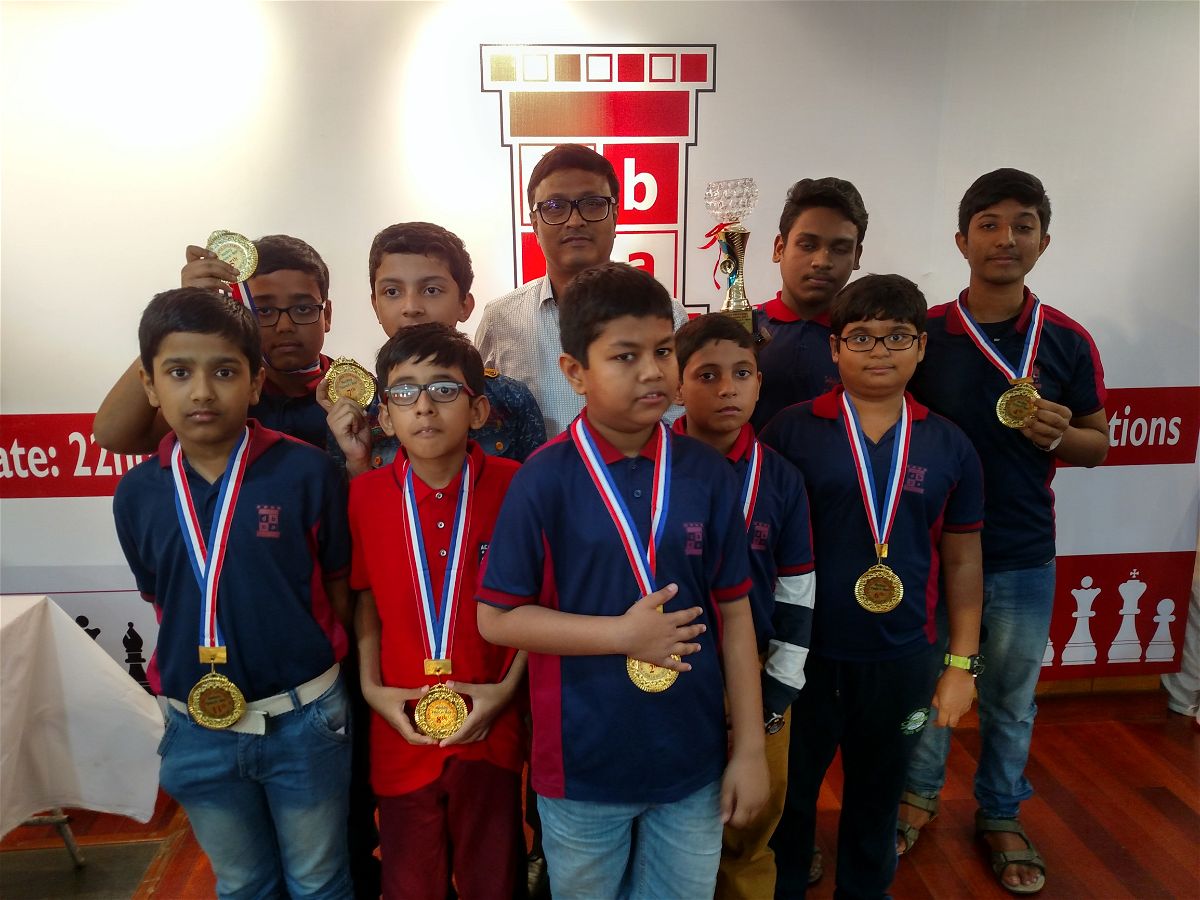 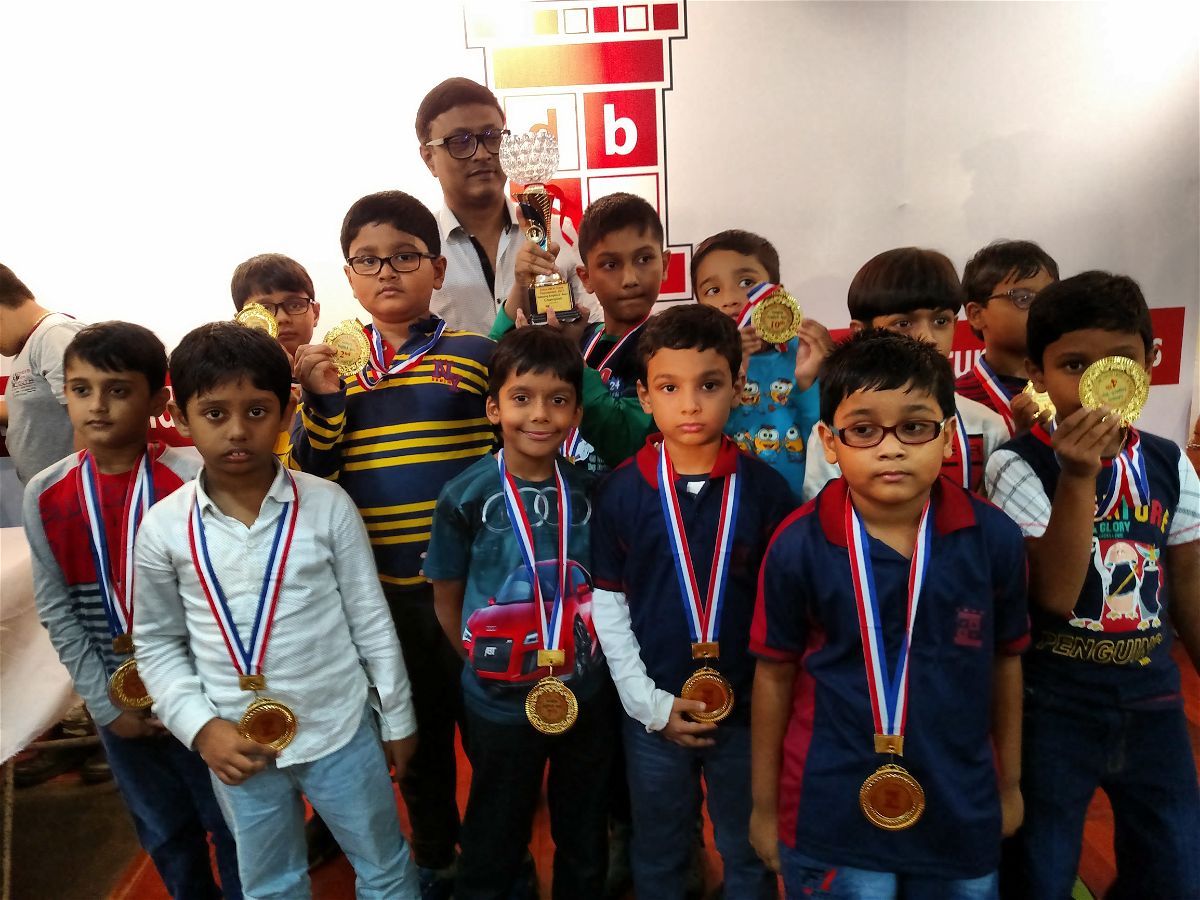 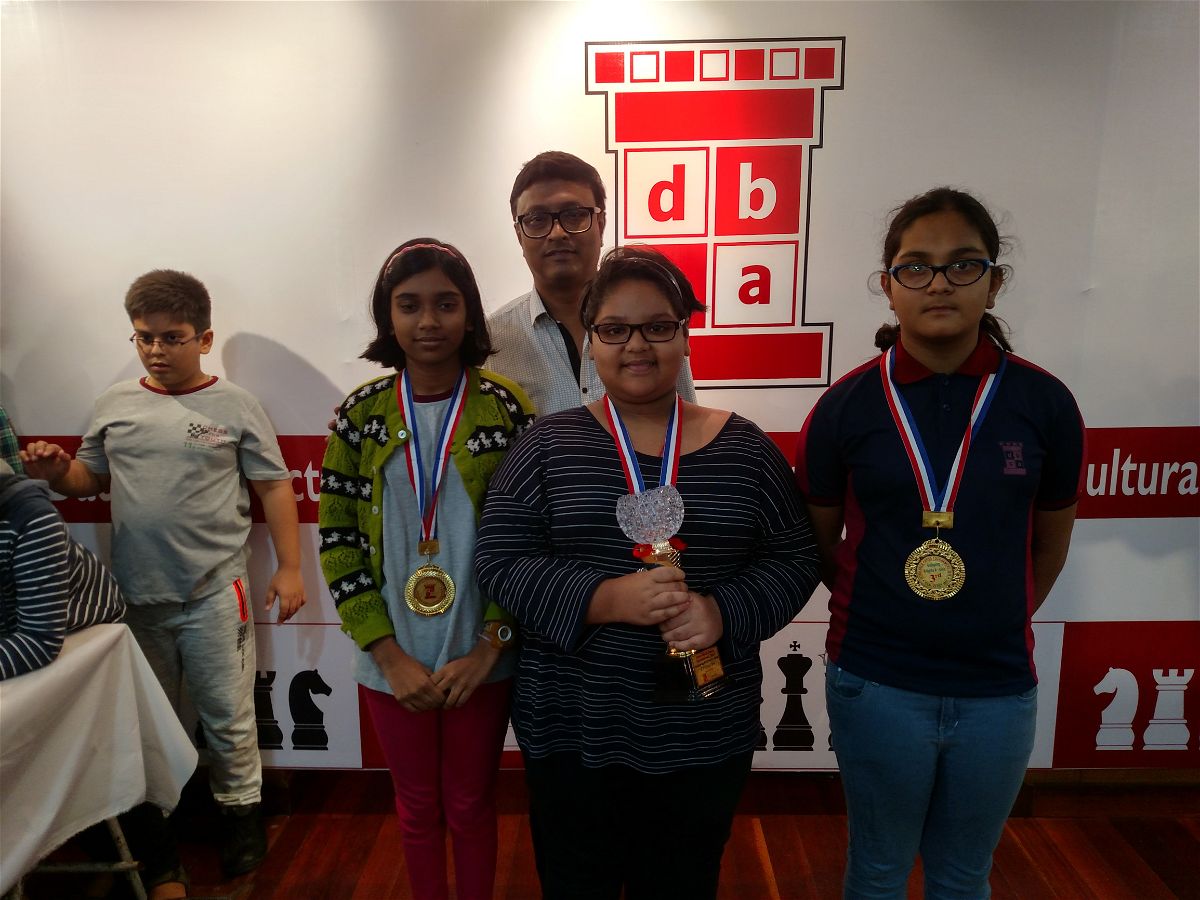 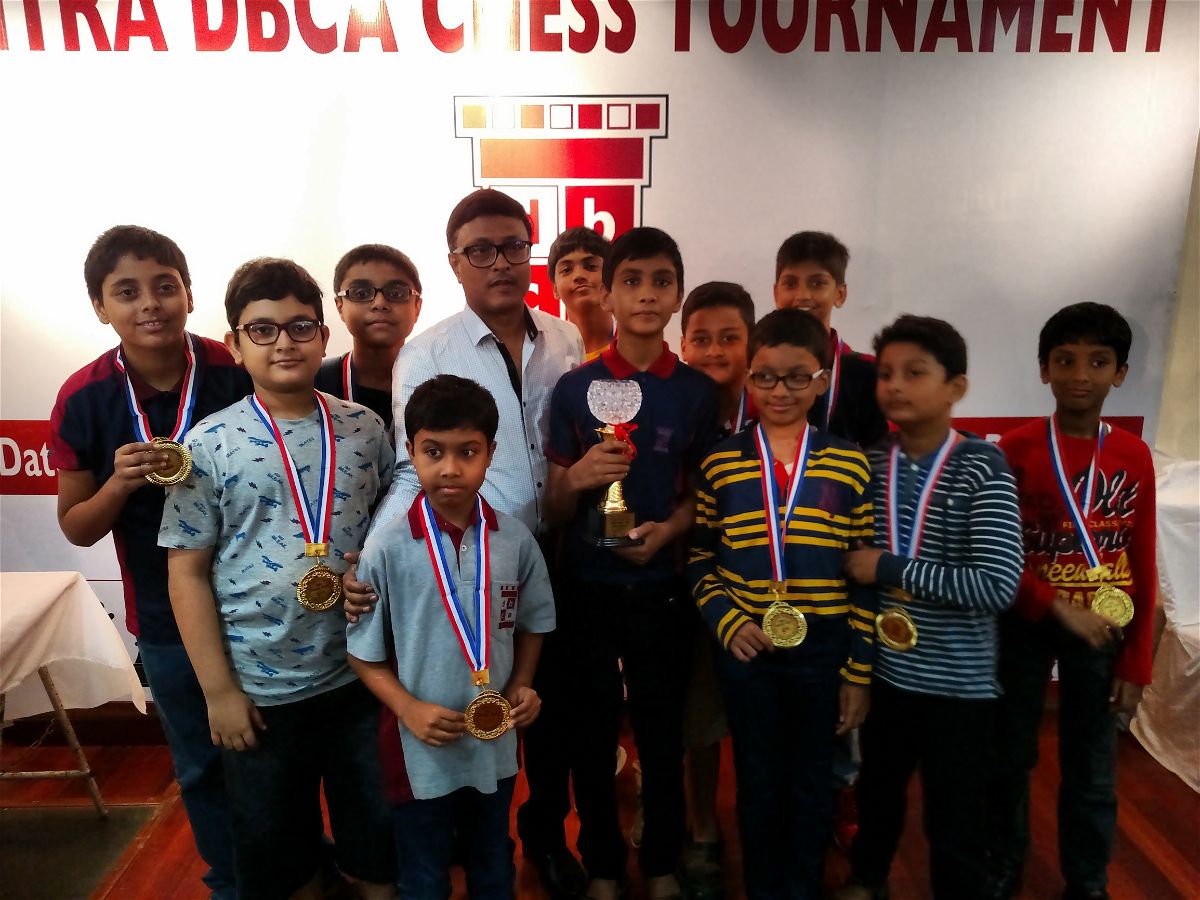 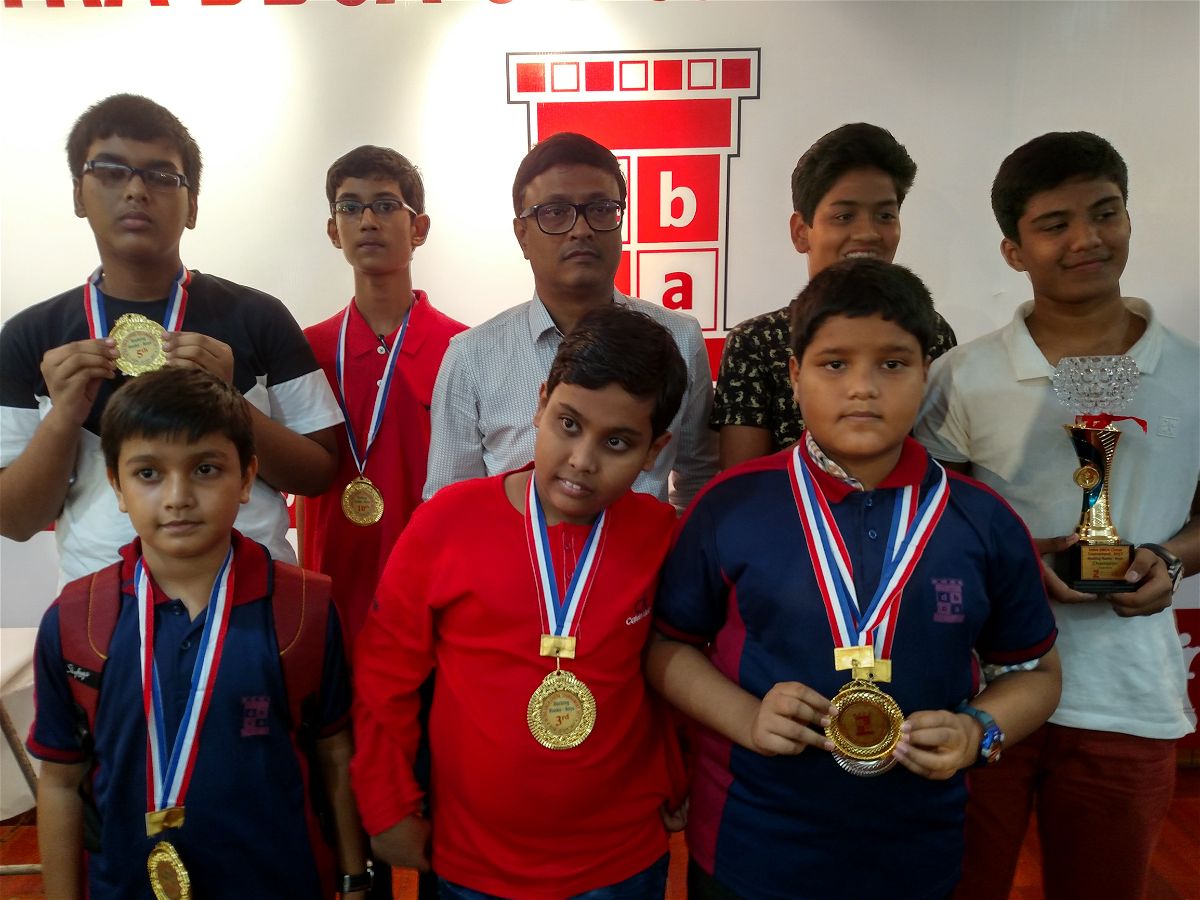 Here is a short interview with the family team champion, Team Chatterjee:

A short tour of the Family Team Chess Championship: