Can Harikrishna score the biggest victory of his career?

The Grand Prix series until now was not the most exciting string of tournaments held. Mainly because of the high number of draws in the past events. But the last leg held at Palma De Mallorca, Spain, which will begin from 16th of November, is extremely exciting, because two spots from the Candidates 2018 will be decided from here! Two players who have the best chance to make it are Teimour Radjabov and MVL. For Indians it will be interesting to see how Harikrishna fares at this event. He has proved by holding his own against the best, but can he beat them and emerge as the winner? We will have to see.

November 15, 2017 – The world’s best chess players and chess establishment came together in Bellver Castle to celebrate the opening of the final leg of the FIDE 2017 World Chess Grand Prix Palma de Mallorca – a prestigious qualifier for the World Chess Candidates Tournament.

Palma de Mallorca is now looking forward to 9 days of intense chess battles, which will finally determine the two winners of the series – participants of the Candidates 2018.

These are the current standings of Grand Prix 2017, mainly people who have a chance to qualify . The following are the number of points that players would get if they finish in top 5:

Radjabov has the best chance. He has to finish sole third and he will qualify for the Candidates. As Ding Liren has already qualified for the Candidates via World Cup, chances of MVL has also increased. If MVL finishes first or second, he makes it through. In case Radjabov or MVL tie with Mamedyarov or Grischuk, the following are the tiebreak rules:

2. Number of games played with black

For the complete analysis of all the possibilities, have a look at this meticulously written article by Macauley Peterson.

This promises to be a very exciting last leg of the Grand Prix to determine the two players who would qualify for the Candidates 2018.

The Opening Ceremony was held at the landmark hilltop Bellver Castle, former residence for the Kings of Mallorca built in the 14th century in a Gothic style. At the castle’s unique circular yard guests had a good opportunity to mingle with each other and enjoy modern Spanish guitar music. 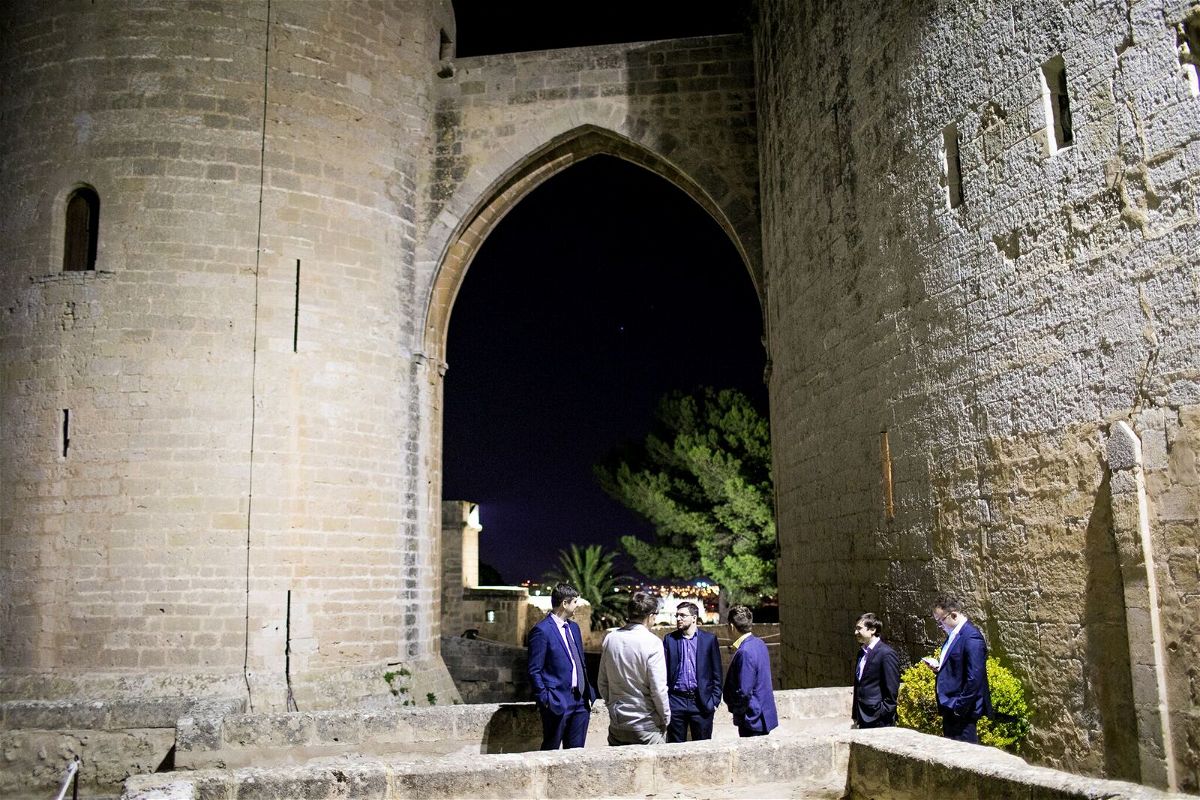 The Gothic castle where the opening ceremony was held 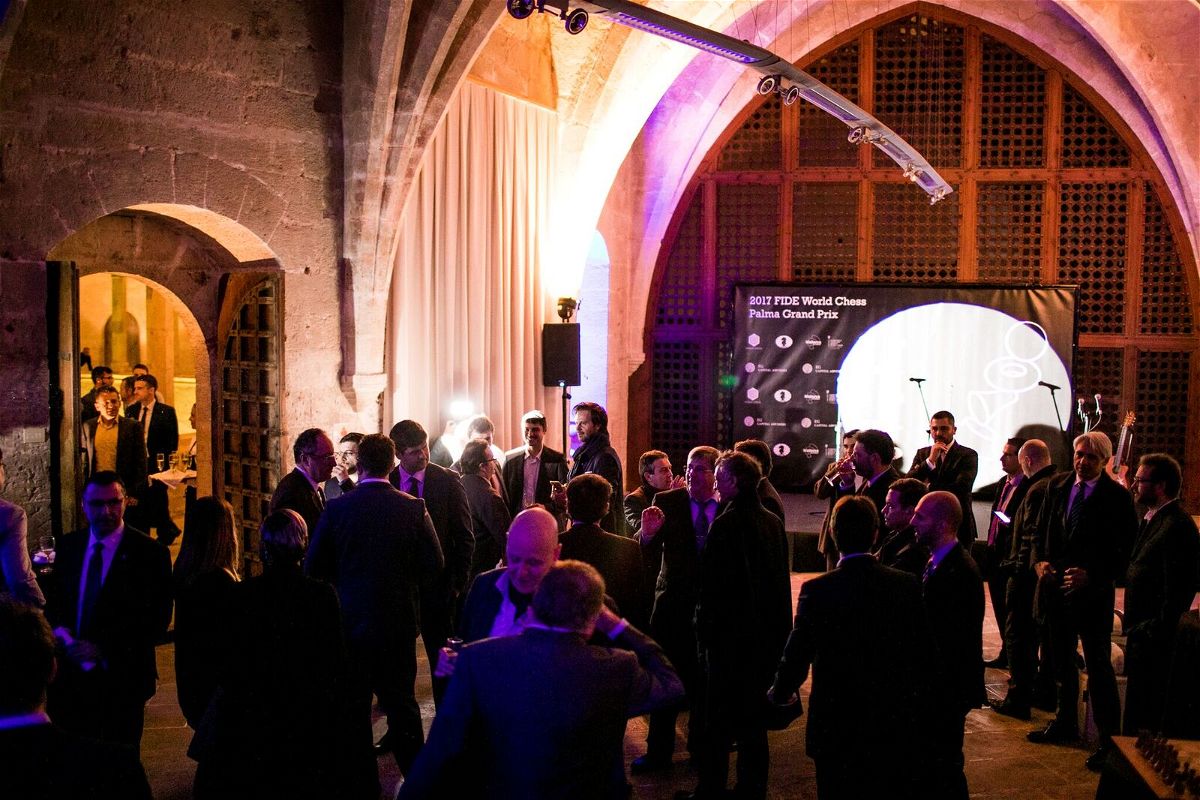 The setup for the opening ceremony

Javier Ochoa, Honorary FIDE Vice President and President of the Spanish Chess Federation, thanked FIDE for the opportunity to host the tournament and welcomed the participants. “Spain is a country with a great Chess tradition and a thousand-year long history of playing chess,” he added.

Sebastia Nadal, President of the Winter Chess: “It is very rewarding to know that one of the best Spanish chess players of our time, Francisco Vallejo Pons, who was born and who resides here in our islands, could take part in this cycle of the World Chess.” 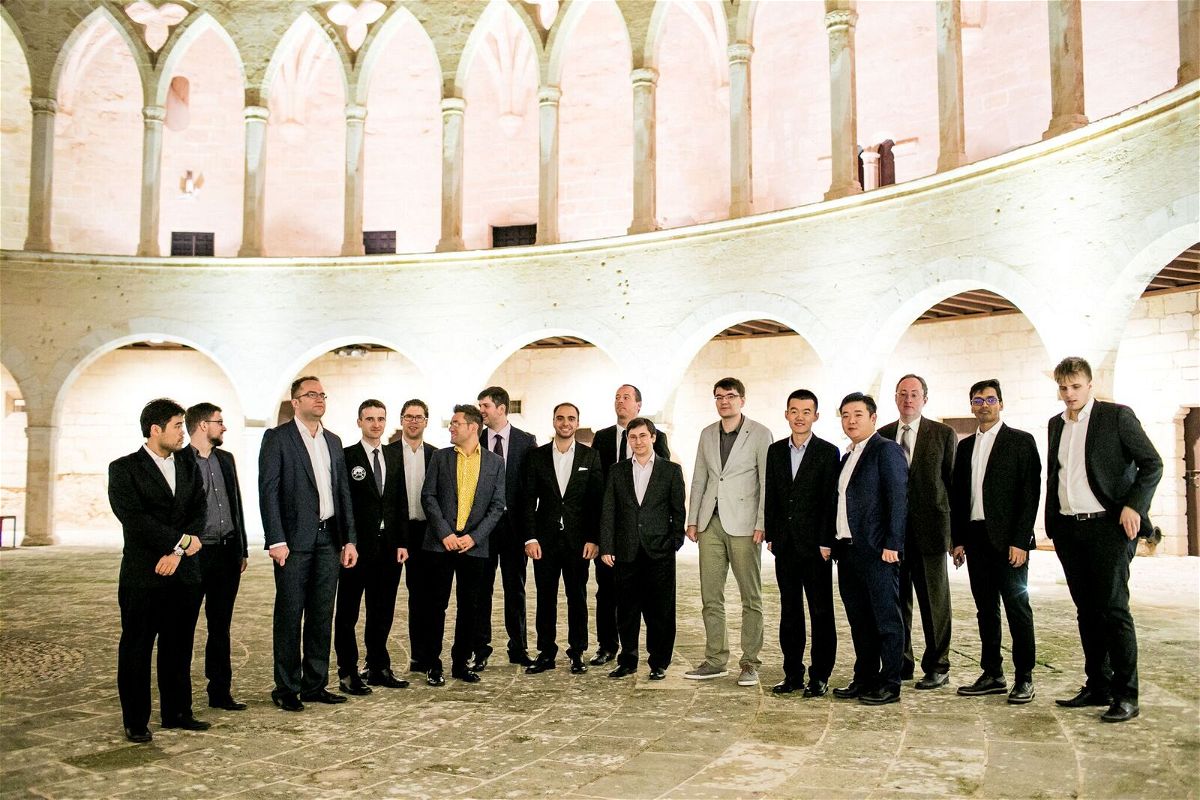 All the participants captured in one frame at the Gothic castle 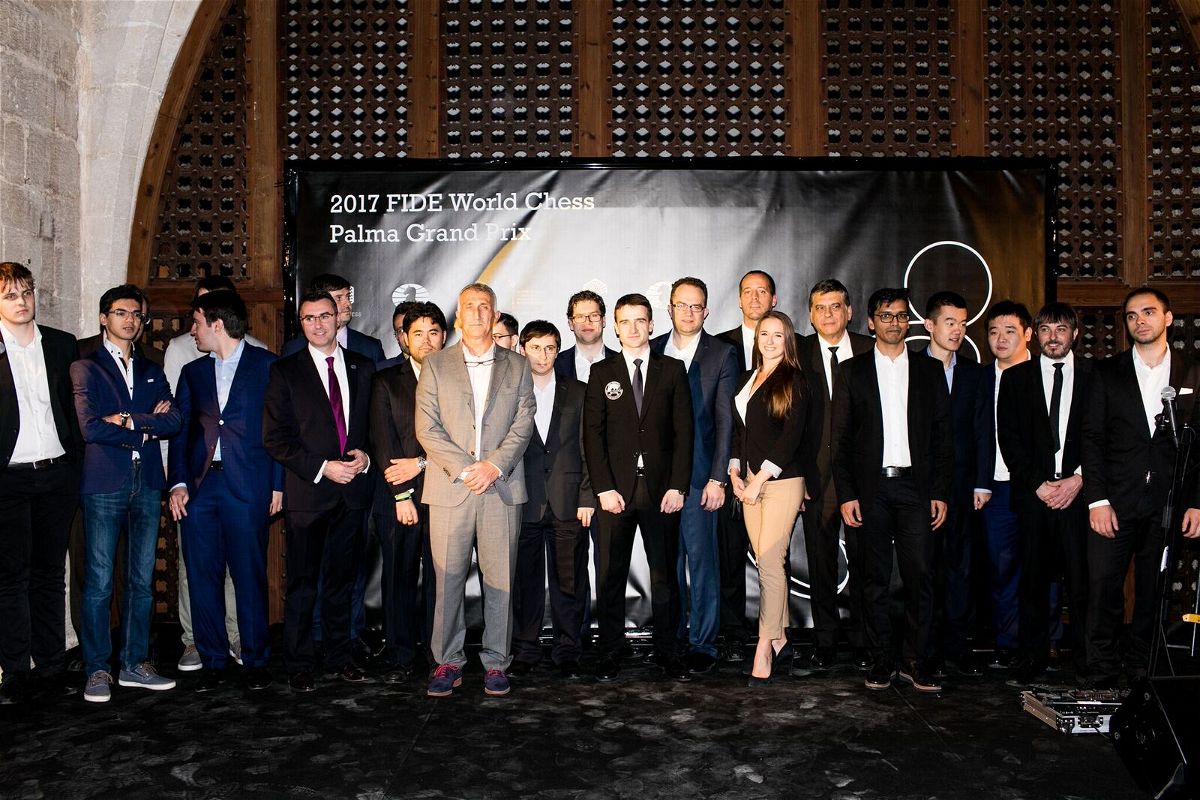 And in front of the World Chess Grand Prix banner 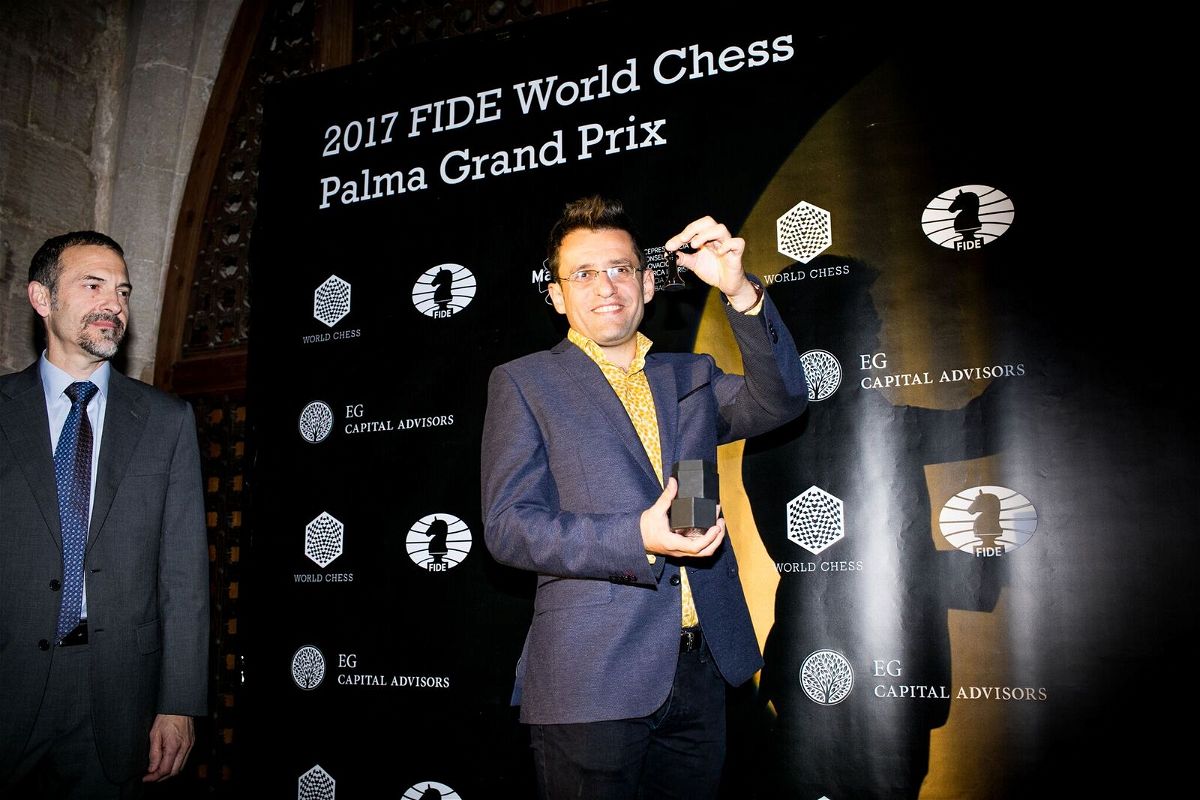 In the drawing of colours, the top player of the tournament according to the FIDE rating Levon Aronian chose black pieces for the first round. 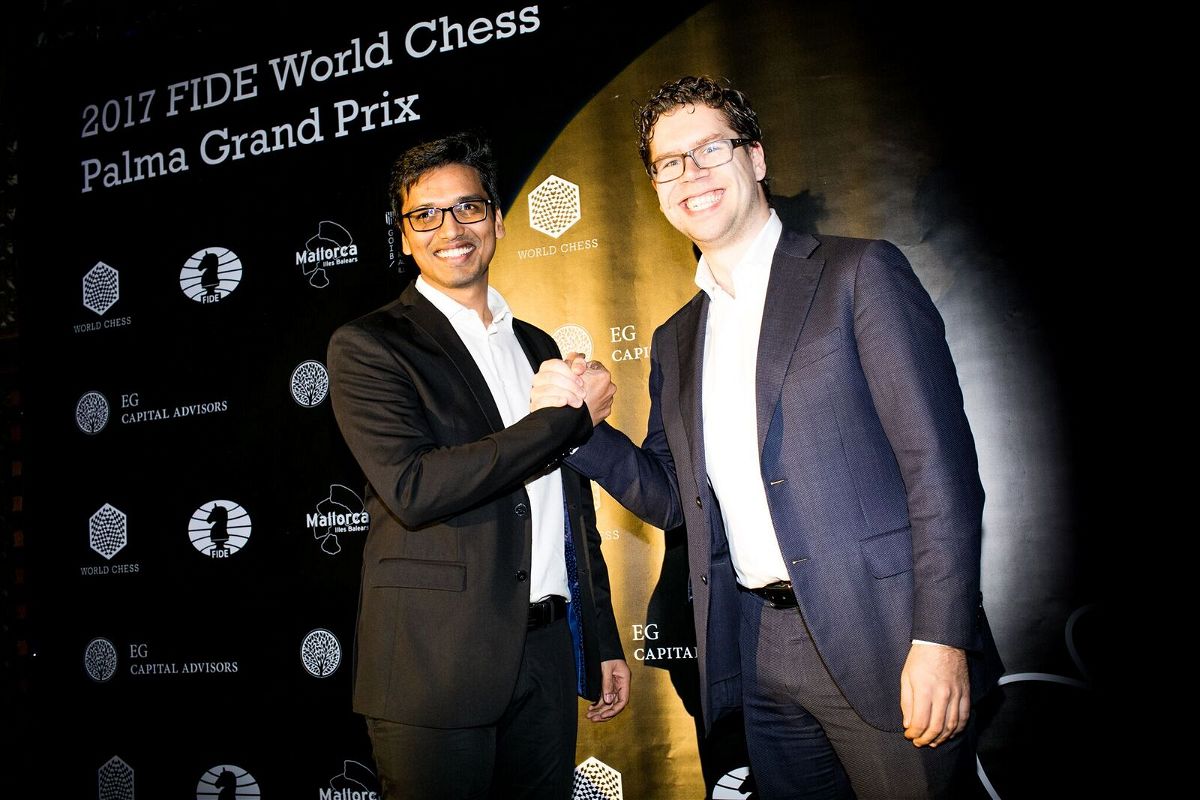 Harikrishna will take on Jon Ludvig Hammer in the first round 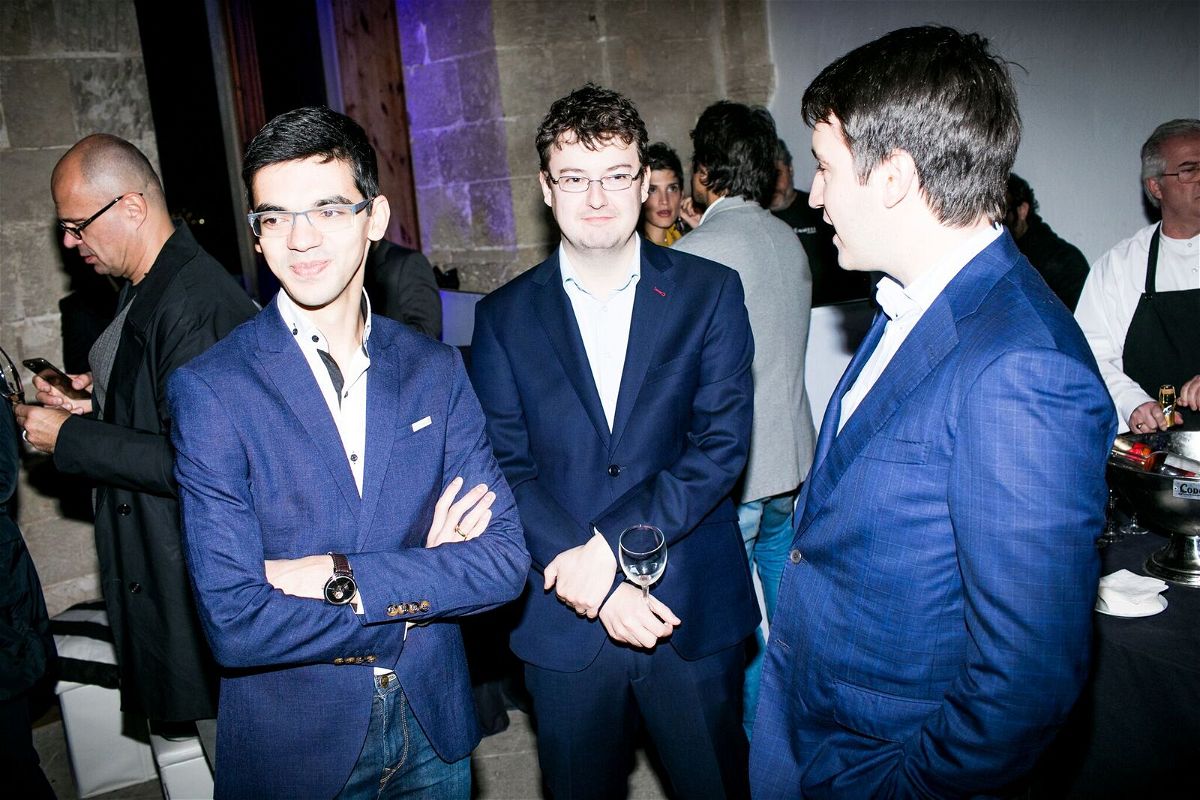 Where there is Anish, there has to be Erwin! 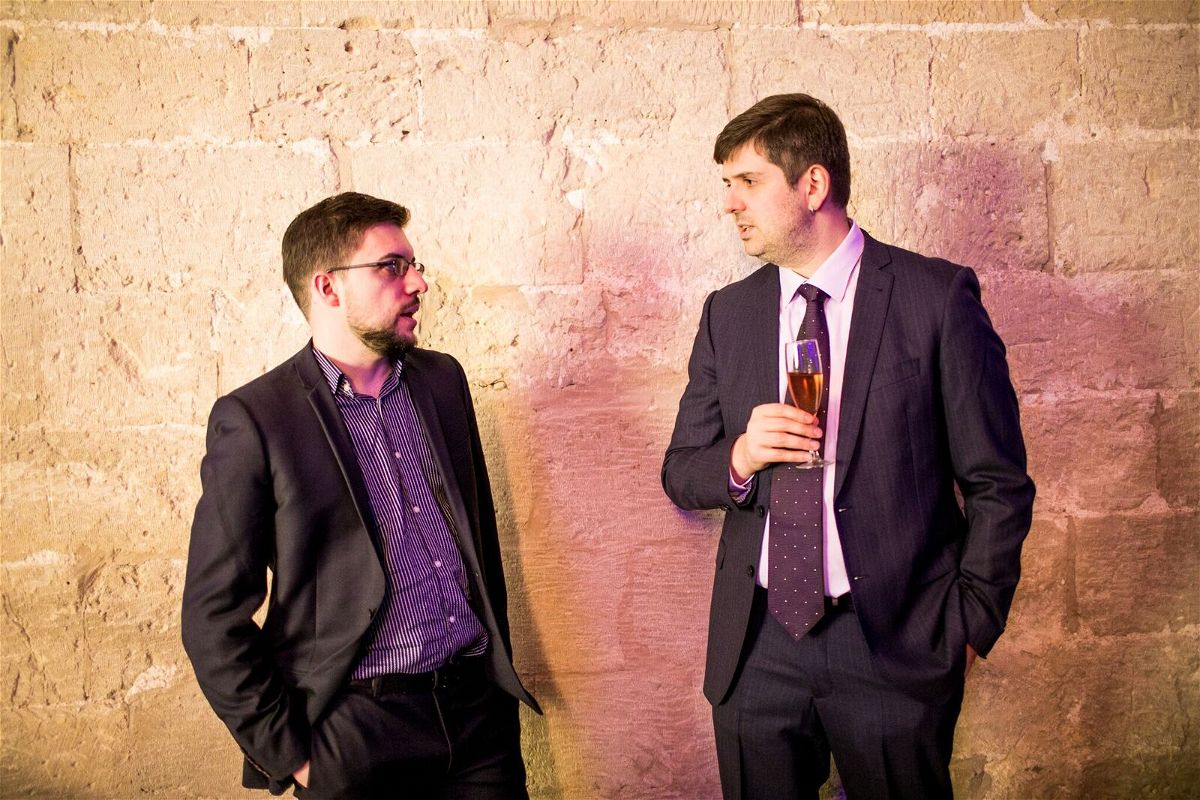 What's the latest update in the Grunfeld?! 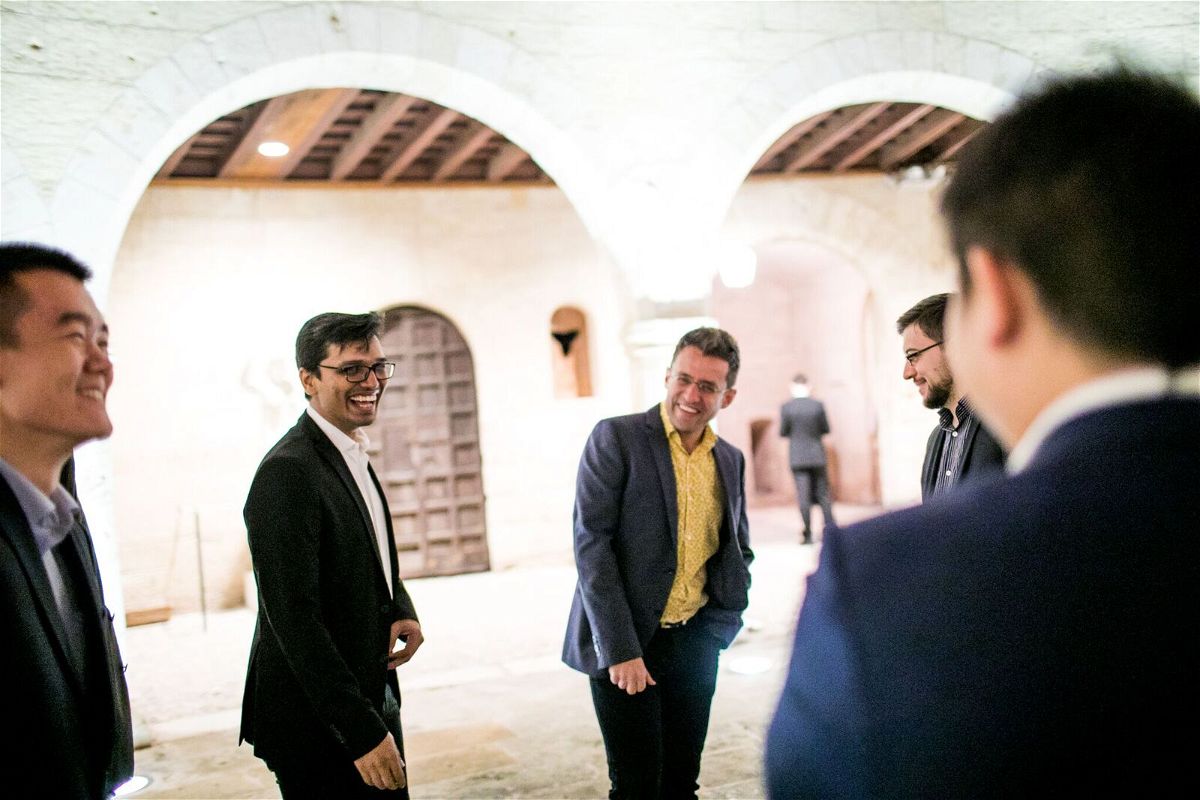 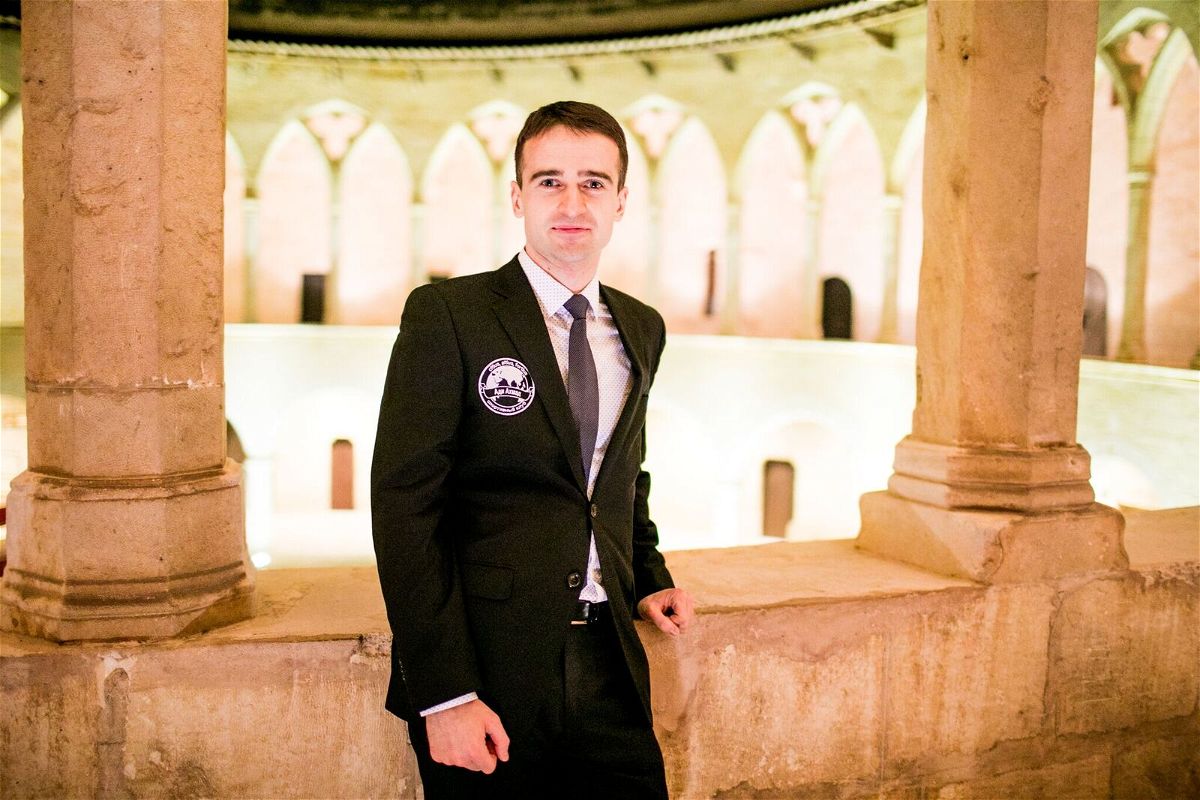 First round starts tomorrow at Hotel Iberostar Bahia de Palma, the official partner of the Series. Watch it broadcasted at the World Chess website. 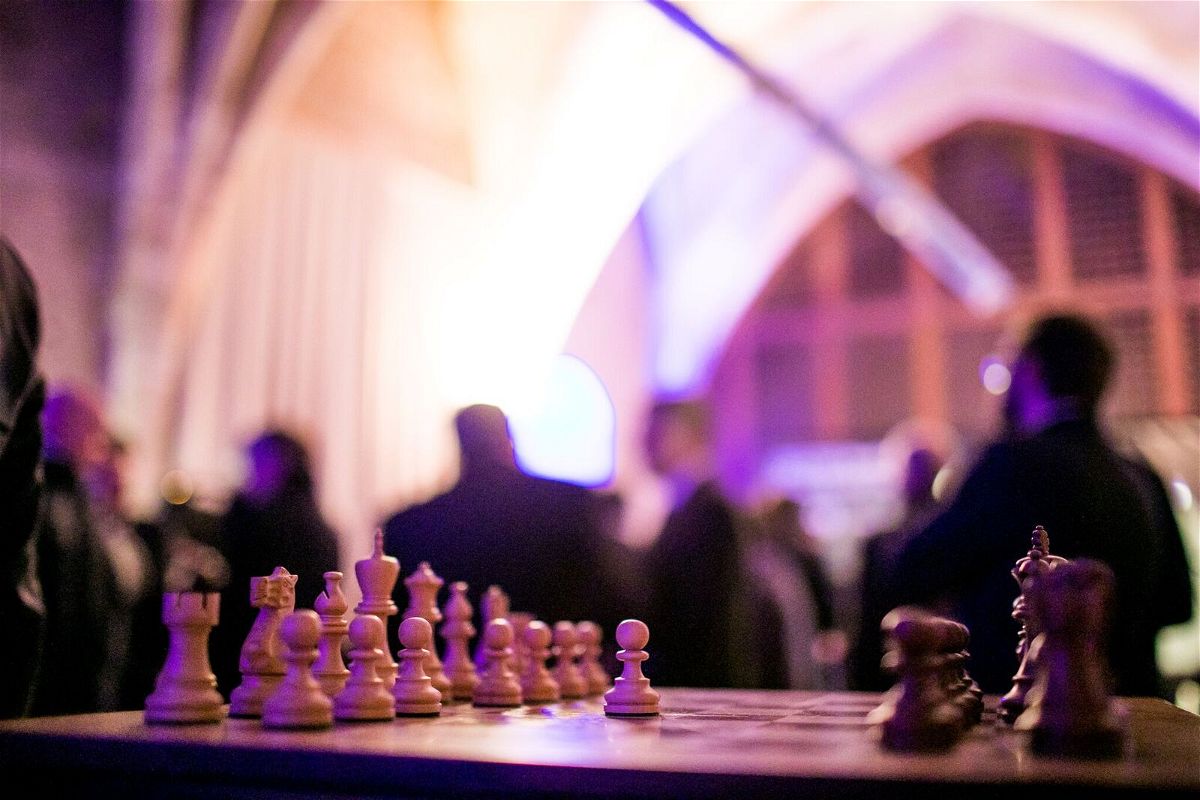 The games begin on 16th of November. Who do you think will win?

Photos from the Opening Ceremony are available here.

You can watch the live broadcast here.