Covid-19 has made a big impact in all facets of life. FIDE keeps evolving continuously by taking various innovative measures, organized and announced multitude of first ever online events. In its new step, FIDE announces a Hybrid format where tournaments will be played online as most of the countries are still having travel restrictions due to the pandemic, but they will play from a specific venue in presence of an arbiter. FIDE also wants some of these events to be rated. What are your thoughts on this? Are you up for hybrid chess tournaments? Photo: FIDE 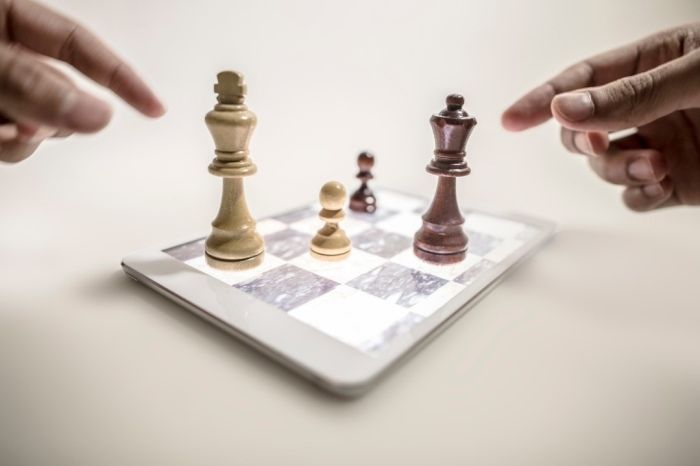 A few weeks ago, the FIDE Council approved a new set of rules to be applied to official online chess competitions. The document also established the framework for “hybrid” events, a format where the games are played online, but the participants are physically present in a public place like a club, federation headquarters, hotel, et cetera. In this format, all games are played under the supervision of an arbiter present on site.

Considering that the conditions under which a hybrid tournament is played are very similar to those of “over the board events”, having these events rated has always been a possible - and desirable - outcome.

After receiving some additional input from the Qualification Commission, and adding some minor amendments to the first version of the regulations, the FIDE Council has approved that hybrid competitions are officially rated in equal terms with traditional games.

The requests will be examined on a one-on-one basis, and FIDE’s Qualification Commission reserves itself the right not to rate a specific tournament. This is a precautionary measure to protect the rating system from any unforeseen circumstance, as we enter uncharted territory. In that eventuality, the organizer of the tournament has the right to appeal to the QC.

The best way to prevent this from happening is that organizers send requests with as much notice as they can, and include as much detail as possible, to the Qualification Commission: qualification@fide.com. This will ensure that there is a margin to make whatever adjustments are considered necessary so the event can be rated.

These regulations are the result of a joint effort by a dedicated task force, in which several FIDE Commissions were involved. This included the Rules Commission, Arbiters and the Qualification Commissions, Fair Play, and the FIDE Commission for people with Disabilities. During the final stage, the Global Strategy Commission was responsible for consolidating all the inputs. The last bit was added to the document by the Qualification Commission, and it gives a green light to what many members of the chess community had been asked for: the possibility of rating chess games played through the internet.

How would this impact the world of chess?

The Hybrid events seem like something that has been implemented to fight the Covid situation. However, if this becomes successful in the next few months and if clean (cheating free) events are organized then it might well change how our sport looks like. Imagine the biggest tournament organized by FIDE in which participants from different countries take part. Instead of travelling to a common location, everyone would go to their approved location in the city. This could mean greater participation and less expenses for a chess player. From my home in Ghatkopar, I may have to travel only 10 kilometres and get to play a FIDE rated game against a 2700+ rated Russian GM!

There are two main problems when it comes to these Hybrid events:

2. Infrastructure requirement to build a playing venue in every major city

The first one can be resolved by proper documentation and appropriate FIDE officials ensuring that the discipline is maintained. The second point might seem more complicated, but in my recent interview with Bharat Singh Chauhan, the AICF Secretary, he said that he is already in talks with Tata Consultancy Services (TCS) in order to rent out their spaces for such events! If this turns into a reality it could be a win-win situation for both the Tatas and the chess community!

What are your thoughts on this Hybrid Format? Let us know in the comments section below.