The tournament with the world strongest female players competing for a spot in the World Championship match, was officially opened in the Kazan Palace Hotel on May 30. The eight-woman Double Round-Robin tournament will determine who will face Ju Wenjun for the Women's World Championship. It has been decided that players from the same federation will play against each other first before facing other federations for the federations which has two or more players. A rest day is allotted after every 3 rounds. Drawing of colors was done last month by the strongest woman chess player in history GM Judit Polgar in presence of FIDE President Arkady Dvorkovich. Photo: Official site

Ju Wenjun's opponent for World Championship will be decided at Kazan, Russia

One of the eight strongest women of the world will win FIDE Women's Candidates | Photo: Official site 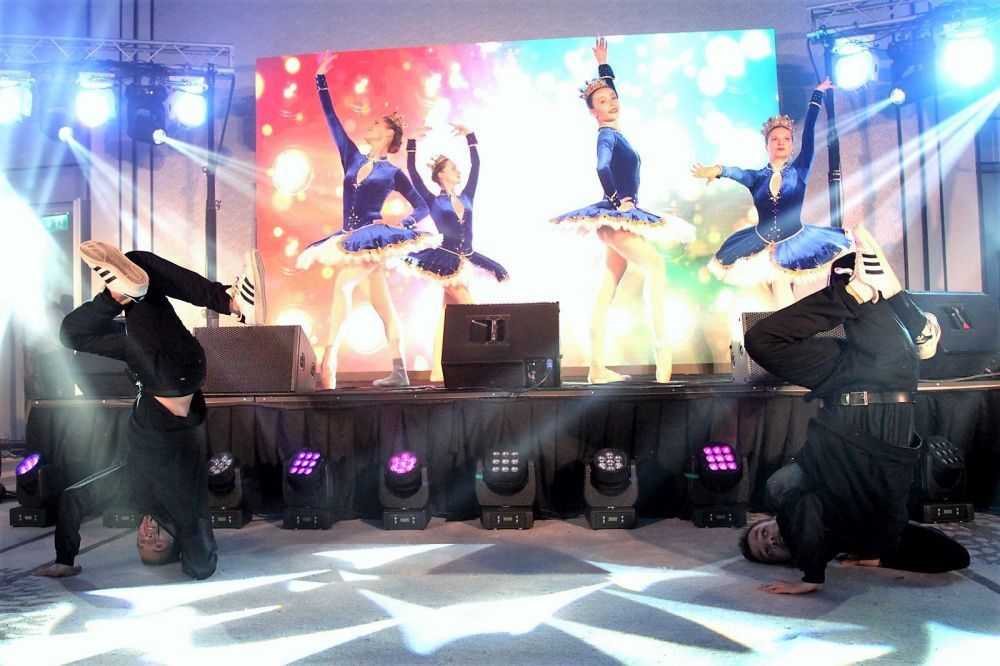 The opening ceremony included choreographic and musical performances that attached a very good mood to the participants and guests of the tournament. The vocal-choreographic composition "World Chess" was performed by "Way from the city" and "WOW" bands. There were performances from Cover-orchestra "Just Brass" and the Honored Artist of the Republic of Tatarstan Aidar Suleimanov. Classical ballet performance by ballet "Allegro" meshed with breakdancing by "Action man crew" in a surprising way. The inspirational video "World Crown", prepared specially for the tournament, was also shown during the ceremony. 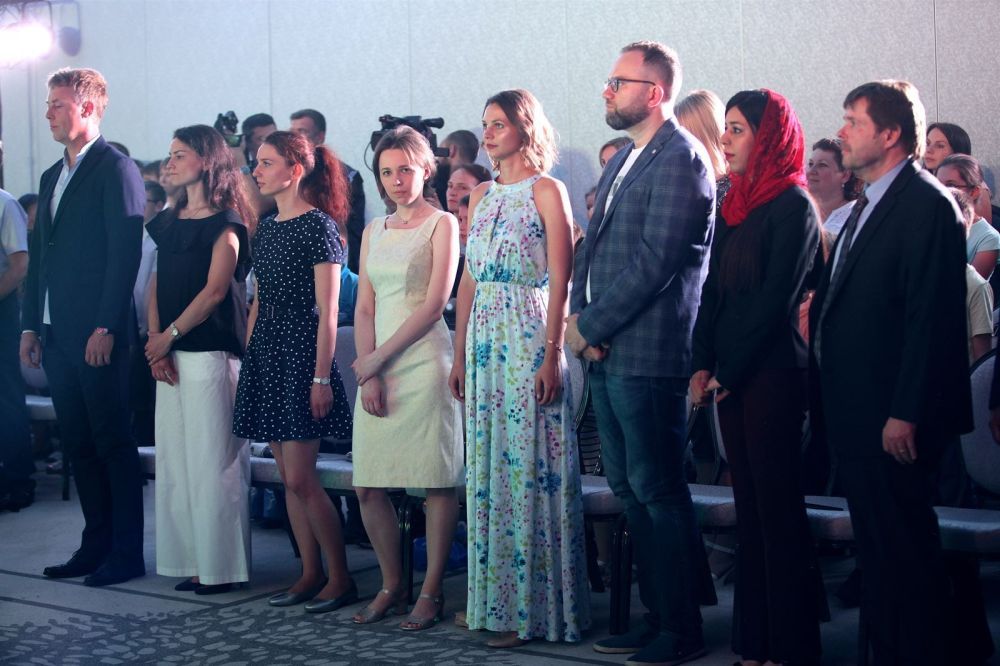 How many World Champions can you spot in this picture? | Photo: Official site

Chief Arbiter IA Hal Bond informed the public about the format of the FIDE Women`s Candidates tournament and invited all players to the stage for a group photo. 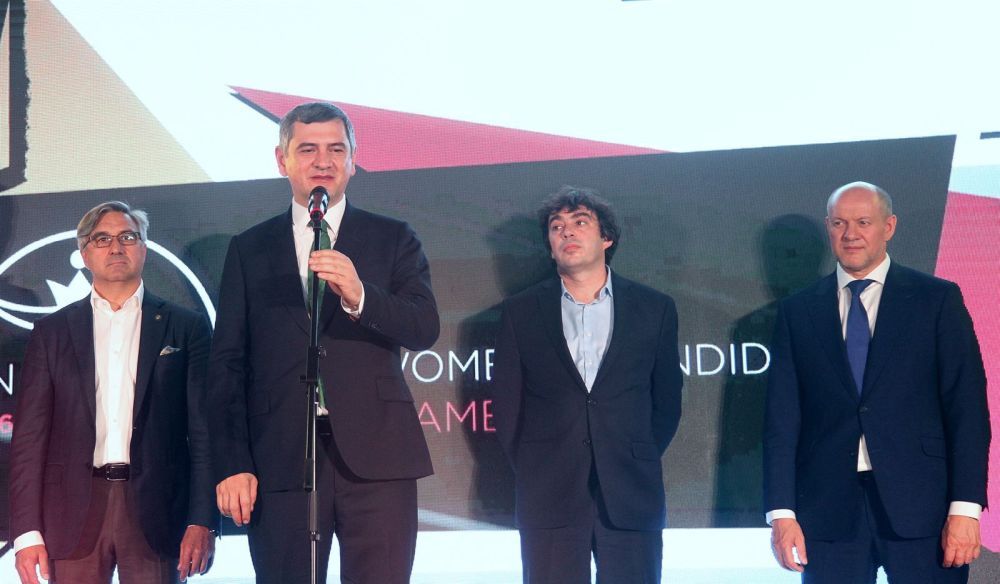 The drawing of lots ceremony took place one month before the start of the tournament, on April 30 in Moscow and was attended by Arkady Dvorkovich, President of FIDE, and Judit Polgar, the strongest female player in the history of chess and Honorary FIDE Vice-President.

Thus, the following games will be played in the first round on May 31: 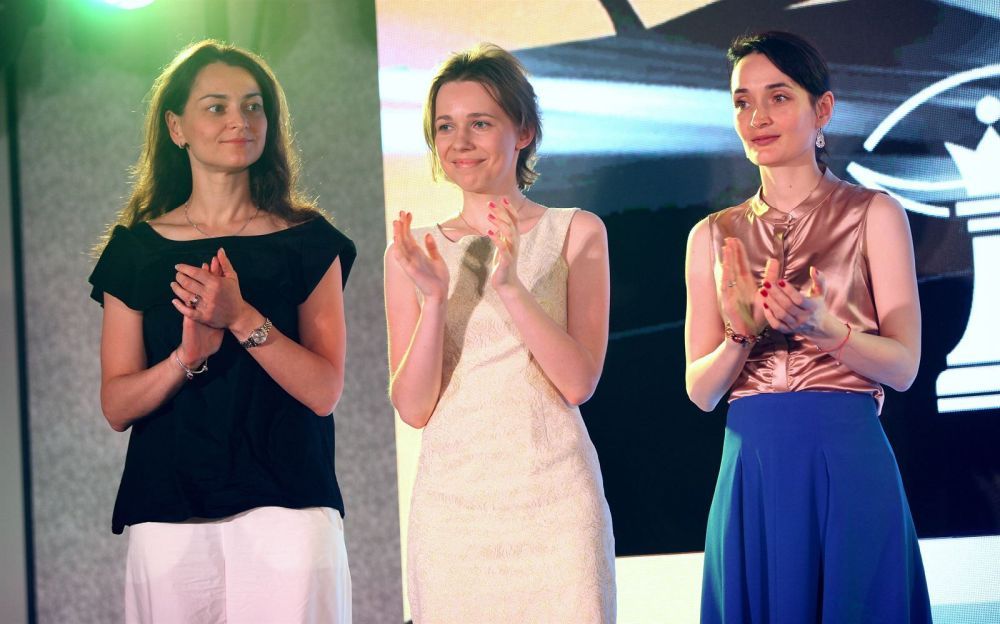 Kosteniuk has eyes on her competition? | Photo: Official site

The venue is Nogai Hotel (16B, Profsojuznaja St., Kazan). 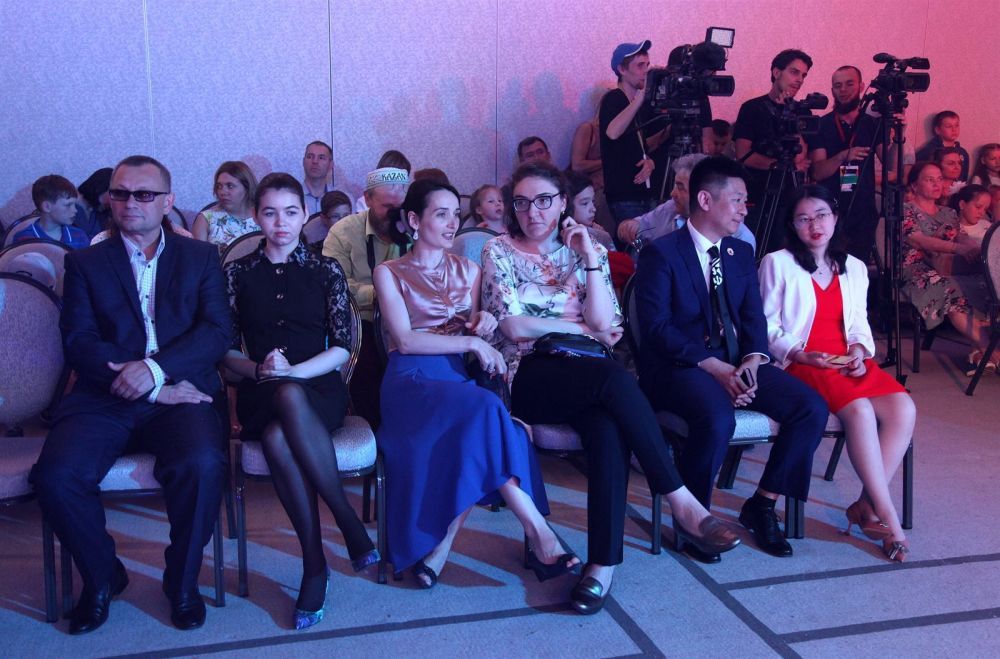 Nana Dzagnidze - Tan Zhongyi will be the only match where two different federations will face each other in round 1 | Photo: Official site 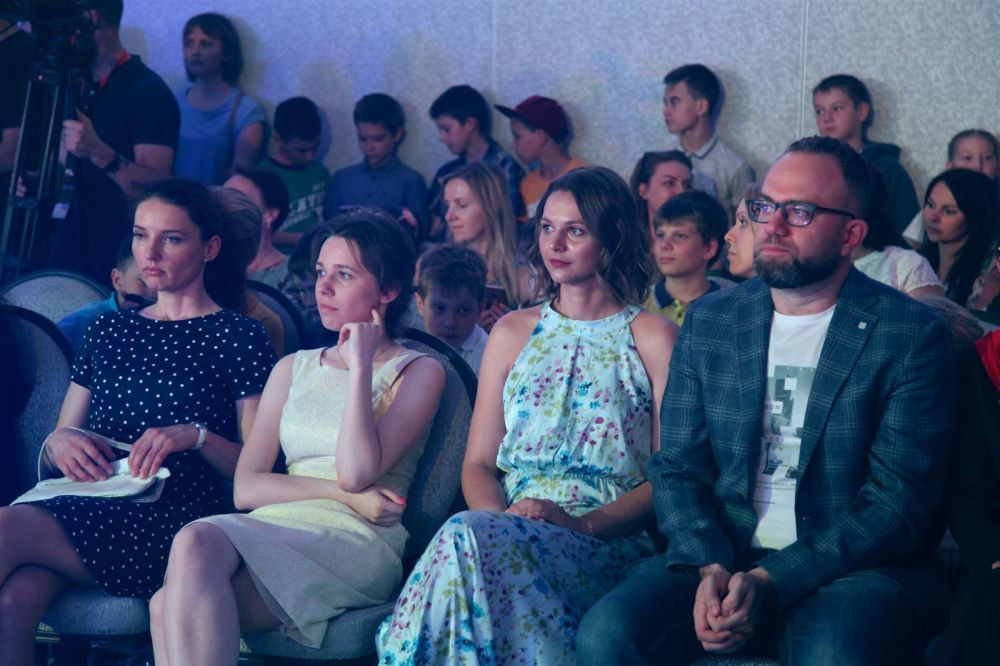 The Muzychuk sisters will battle each other in round 1 | Photo: Official site

The winner of the FIDE Women's Candidates Tournament qualifies for the World Championship Match with Ju Wenjun (China), where both players will compete for a total prize fund of €500,000, which is 150% percent bigger than in the previous championship match.