Velammal Nexus defeated Saco Oliveros (PER) 3-2 in the Finals to win Dubai 2020 World School Tournament. They beat School #1 (MGL) in the Semifinals 3.5-1.5. The tournament favorite won both Knockout stage matches convincingly. All five members of the team - Gukesh, Praggnanandhaa, Leon, Pranav V and Rindhiya, contributed valuable points to the team which made them invincible as a team throughout the event. Moreover, the seven-time world champion, Vishy Anand inspired them before the matches. The valuable words not only helped them in this event, but also for the rest of their life. Saco Oliveros (PER) and 33rd Secondary School secured second and third place respectively. Photo: Niki Riga/FIDE

Velammal Nexus defeated School #1 3.5-1.5 in the Semifinals and Saco Oliveros 3-2 in the Finals to win the tournament. Only Praggnanandhaa and IM Pranav V won both of their games in the Knockout stage. 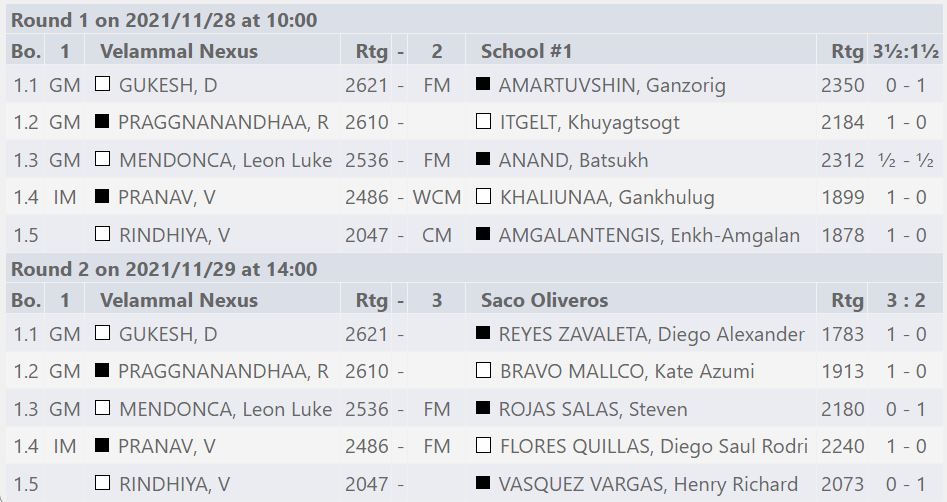 Board no.3 - FM Steven Rojas Salas (Saco Oliveros, PER) 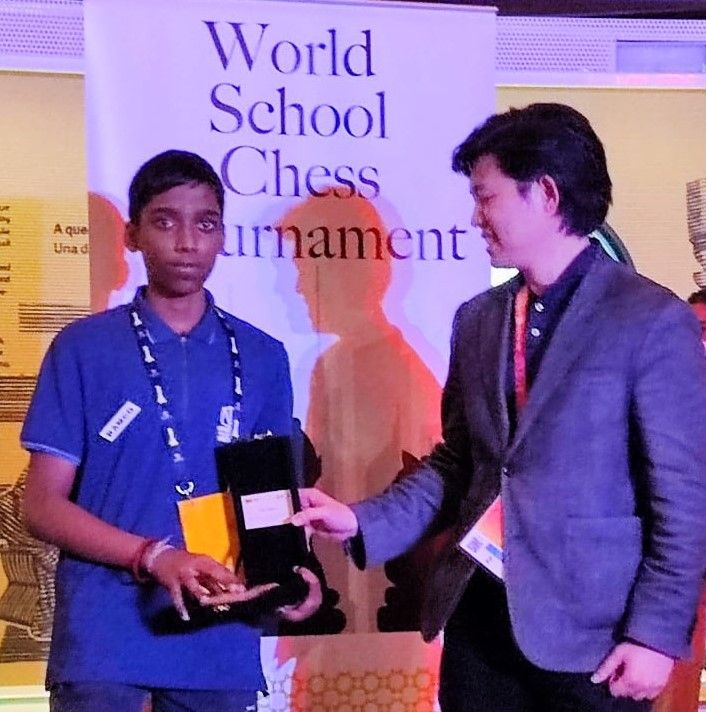 The only other Indian team to advance to the knockout stage is Gujarat State Chess Association. The team finished sixth overall. WFM Dhyana Patel and Swayham P Das won board prizes on Board no.4 and 5 each respectively.

The time control is 20 minutes each + 10 seconds each. The Preliminary phase took place between 10th December 2020 to 5th March 2021. Qualifying stage was held from 6th March to 30th April 2021. Semifinals were held between 1st May and 18th June 2021. Until now, all stages were played online at chess24 platform. Now the Finals are being held at the Spanish Pavillion in Dubai Expo 2020 between 25th and 29th November 2021.