Decoding the queen versus rook ending that Nepomniachtchi played to perfection

Ian Nepomniachtchi's brilliantly instructive handling of a queen versus rook endgame from the very first day of Candidates 2020 was much talked about throughout the chess world. Karthik Rangarajan, who is a former National Junior Champion of India and an avid endgame enthusiast, did an in depth study of the same, and in this article he breaks down his analyses and takes the readers through all the nuances in an easy to understand but insightful manner. Spend an hour or two with Karthik working through the details and you are sure to come out equipped with some very handy techniques of the endgame. 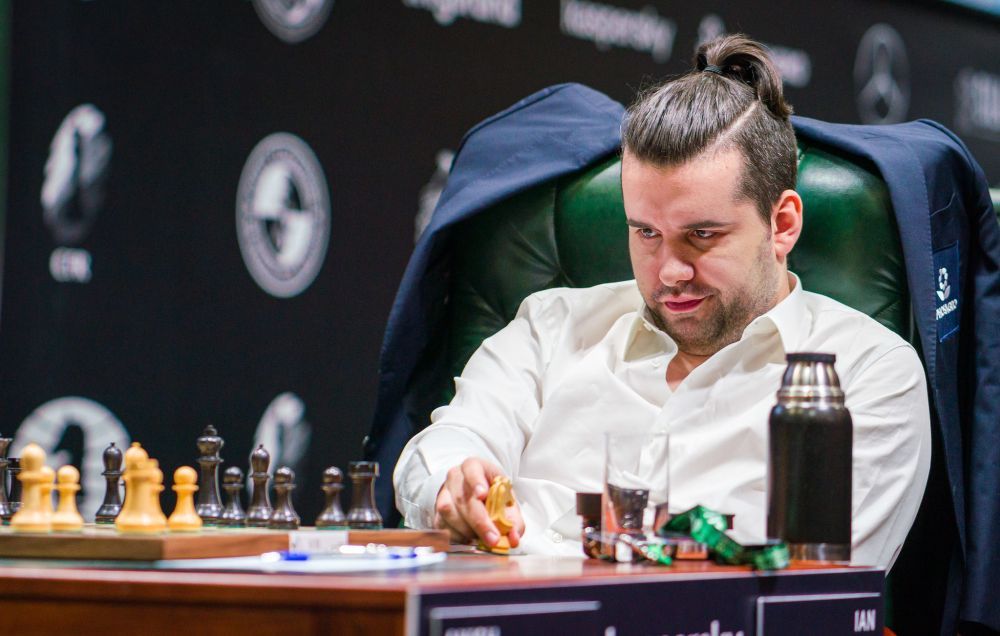 A lot of the times when we study technical endgame, it feels dry and boring. It makes us feel, will this ever happen in a real game. And then suddenly, surprise surprise, you see it at the very elite level. The truth is, it has always been like this. Only when we study something in depth, spending hours and sometimes days, we actually start noticing it in games. Yesterday was no exception. In the first round of FIDE Candidates 2020, we saw a position which has been technically analyzed for decades now. This was in the encounter between Anish Giri and Ian Nepomniachtchi and following was the position that happened after 47.Rg4 in the game. 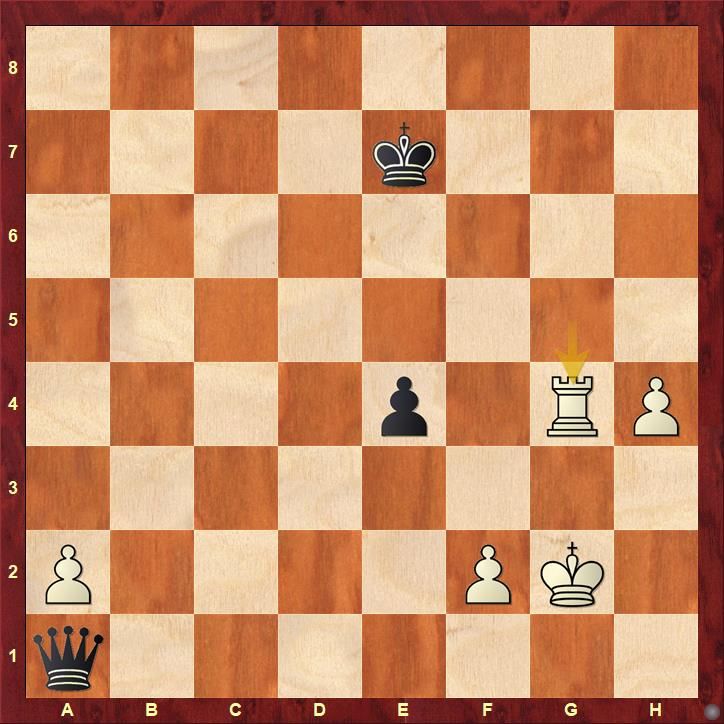 White had just played 47.Rg4 attacking the e4 pawn. It is important for Black to keep this e4 pawn. Why? Because without it the following position is technically a draw: 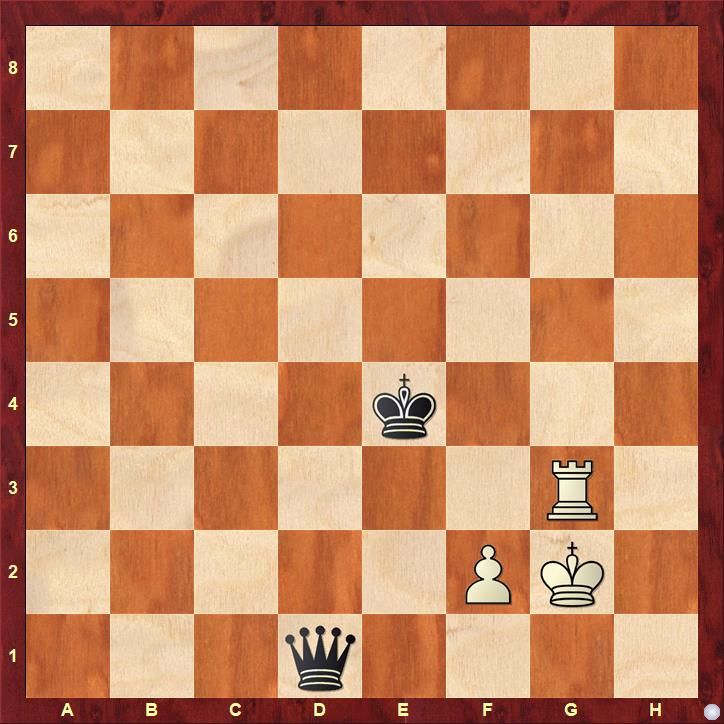 The reason this is a draw is because the white pawn is on the second rank with white rook and king in the correct defensive position. The black queen has only one rank behind the white king and therefore it will not be able to drive it from g2 or g1. So Black must start by supporting the e4 pawn. Hence, 47...Qb1 was played by Nepo in the game. Note that if White manages to get in Rg3 followed by a3 and keep the a-pawn, Black’s plan to breakthrough the fortress becomes a lot more difficult. Black thus needed to stop White from defending the a-pawn and Qb1 served the purpose well. 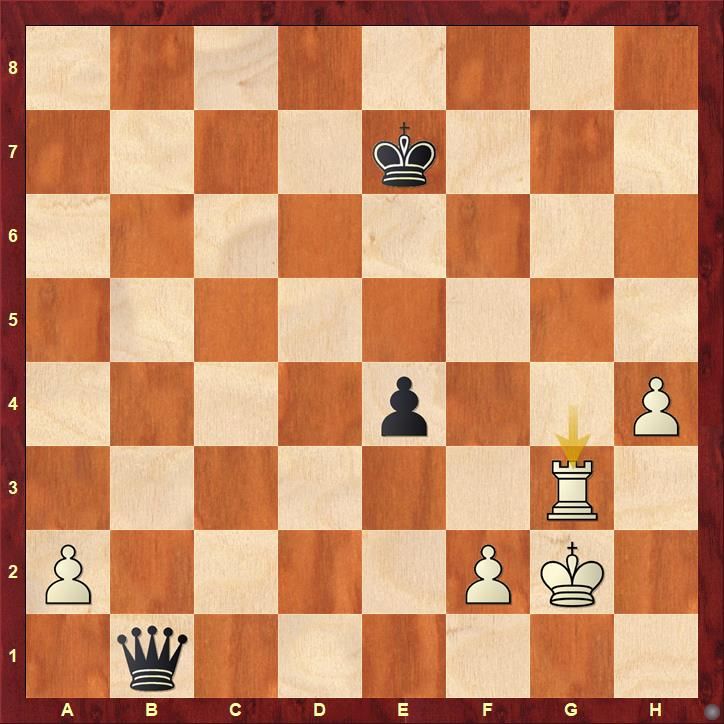 Next, Anish went 48.Rg3 and voluntarily gave up his a2 pawn. But why? Could he not push a2-a3 and follow it up with Rg3? Well, this doesn't work because after 48.a3, Black plays 48…e3! White is forced to capture 49.fe3 and this position is technically lost for White as his f-pawn has moved away from the second rank. Now when white king comes to f3, black queen can maneuver itself to f1 resulting in a win by force. However, earlier Black was unable to play 47...e3 as this could be met with Re4+ and Rxe3, still retaining the pawn on f2 and forcing a draw. 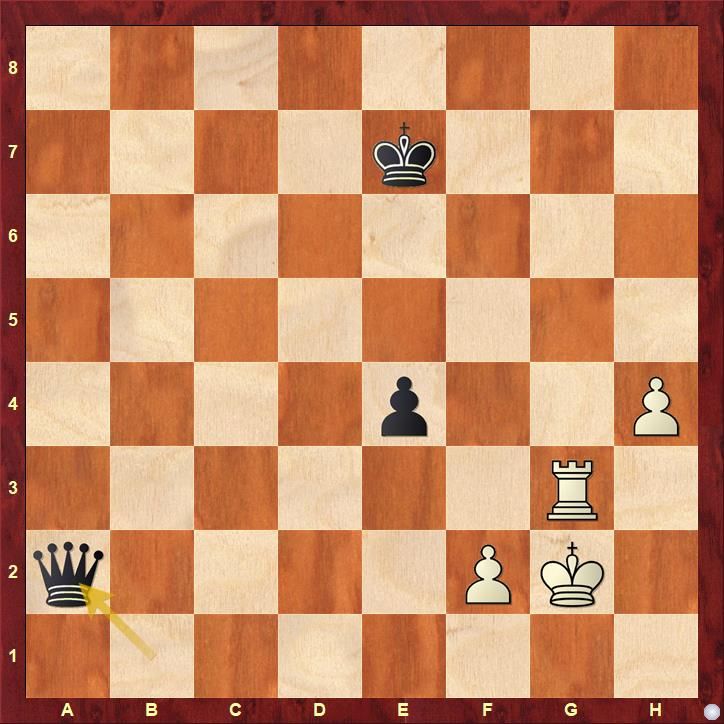 Moving on, Black achieved the key position with 48...Qxa2. Here's an important moment, let's take a pause and determine a plan for Black to make progress. Let’s ask ourselves as to what white’s main defensive idea is. There are two distinct possibilities to evaluate: 1) White keeps his king on g2, and his rook keeps shuffling g3 and e3, and 2) White keeps his king on e2 and shuffles his rook on e3 and g3.

Let’s evaluate the first defensive plan with white king on g2. Black’s main idea is to first capture the h-pawn by force, and then walk black king to d4, place his queen on d3 (white can’t capture as the resulting king and pawn endgame is lost), and then walk his king via c3 to the second rank with queen on d3 blocking white rook. And that's how eventually the black king makes it to e2 and attacks f2. It is easy to see from here that black just captures the rook when white gets in Re3 and wins the king and pawn endgame thereafter. Now to win the h-pawn in the first place, following is the position to aim for:

With white to play this is a zugzwang, and the h-pawn is lost by force. Once black captures the pawn, he needs to then maneuver his king and queen targeting the following position: 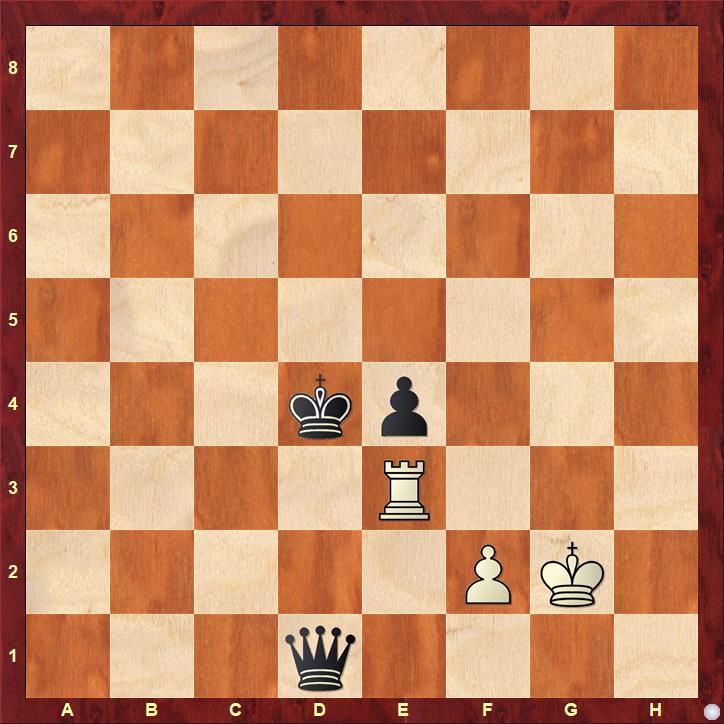 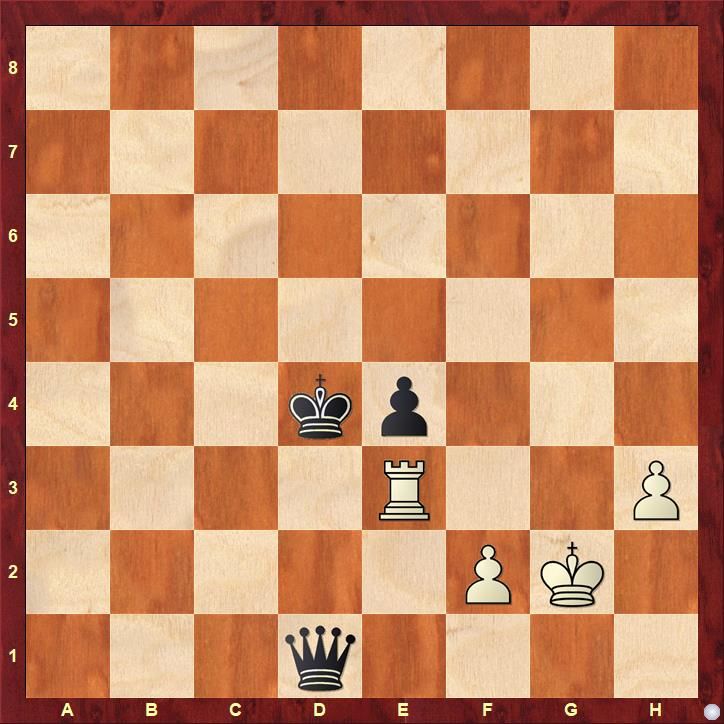 Now let's go a few steps back and evaluate the second defensive plan with white king on e2. Let’s assume Black manages to capture the h4 pawn and the following position arises: 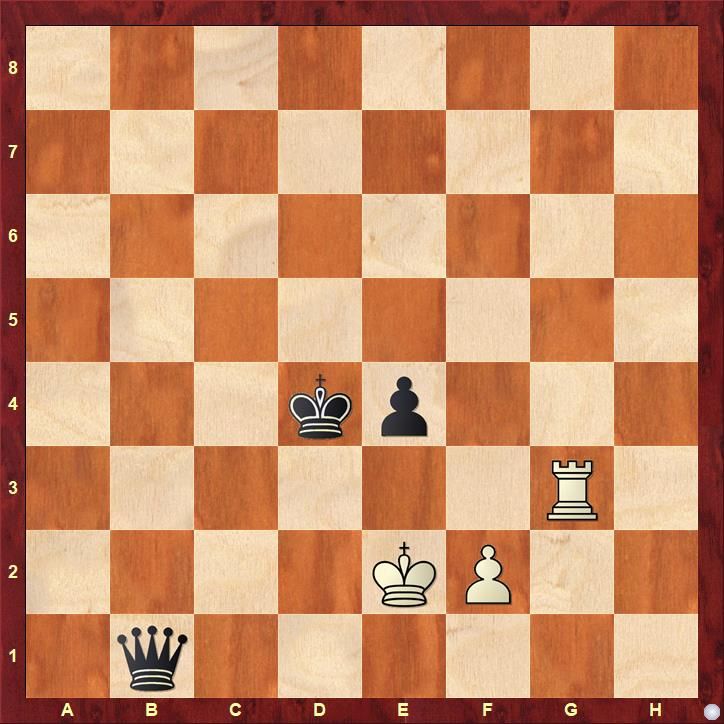 This position is technically drawn.The difference here is that black’s only winning idea Qd3 transposing to a winning king and pawn endgame doesn’t work here, as white king is favorably placed on e2 or e1.You can see that white king cannot be driven away in this position from either e1 or e2, and therefore black can never favorably get Qd3 making way for his king via c3 to the second rank.

Now let’s go back to the Giri vs Nepo game. You can observe how Nepo ensures that white king never gets to e2 or e1 while he captures the h4 pawn and brings his king back to d4. Rest of the game is just self-explanatory.

Position in the game after 48...Qxa2 ... Find the rest of the game and analysis in the replayable board below.

Karthik Rangarajan is a former Indian National Junior Champion (1998) and Indian National Sub-Junior (U-14) champion (1993). He left professional chess in 1999 when he was around 20, and had been with technology consulting and software industry since. He is currently Founder and CEO with A2ATech Inc, which is a startup focused on building AI-based optimization software for the Manufacturing industry.

Karthik is a keen chess enthusiast, takes interest in abstracting foundational concepts of the game and applying to wide range of positions. He loves chess endgames and spends lot on time researching endgames in his spare time. Karthik lives in Charlotte, NC, USA, which has been recently voted as Chess City of America. He teaches his son, Advaith Karthik who is an upcoming player, as well as a small group of students in his time after work. He also runs a YouTube channel called “The Chess Hobbit”, which provides free instructional chess videos.