Udaan: Spreading chess to the underprevileged

In December last year, ChessBase India had collaborated with the Udaan Welfare Foundation, an NGO based in Mumbai with the aim of introducing chess to underprivileged children through a two-day-long chess coaching camp. In these two days, the children learned not only the basics of the game but also how chess be useful in enhancing memory, decision making and rational thinking. In this report, Aditya Pai shares his impressions from the camp. He also tells us how a top International Master from Mumbai inspired the young kids to think bigger.

It's been quite a few months since this article had been impending. Almost half a year, to be accurate. So why was there a delay? I have no defence. Although, I could try to cook up one. I could tell you that the last few months had been quite eventful for me and had kept me too busy: I worked on several assignments; I met more Grandmasters in person in these six months than I had ever before; I played hand cricket with geniuses like Praggnanandhaa, Vaishali and Iniyan when I got a chance since I had no interest in seeing myself get triple jumped over the chess board; I met the god of Indian chess, Vishy Anand and was on the verge of fainting when that happened; and hell, I even got married! While all of this might sound plausible, the only real reason, to put it bluntly, is that I was lazy, like all writers -- and even those who pretend to be -- are.

By now, the event I am to talk about has, perhaps, lost its news element. But it did have an impact on me, personally. And if I am lucky, maybe on some others too. So, I feel, this is something worth sharing -- if not as a news article, at least as a memoir. So, here goes:

As most of you might know, since its inception a couple of years ago, ChessBase India has been doing all in its might to promote the game of chess in India. Towards the end of November, last year, we were thinking about doing something special for the forthcoming new year. Reaching out to children and introducing them to chess was the primary focus. But the big question was: how can we do something different, something more impactful?

Out of the blue, a thought occurred: how about bringing chess to those who otherwise would not have access to it? What if we introduced underprivileged children to chess? Sagar Shah, the Co-Founder and CEO of ChessBase India, was in Surat at the time, covering the Women's National Premiers. A phone call was made. Sagar answered and patiently heard what I had to say. Once I was done, he asked: "But how do you propose to find such children?". "Perhaps, we can try collaborating with NGOs," I answered. That was all it took to convince him. "That's a great idea; let's do it," he said.

That day, I sent quite a few emails but not one of them received an answer. Maybe they need more time, I thought. Two more days passed by but I hadn't heard from any of the NGOs I had written to. On the third day, I wrote two more. It was early morning. Within fifteen minutes of sending the email, my phone rang. It was Dr Anil Luniya, one of the co-founders of the Udaan Welfare Foundation, an NGO I had written to, just a while ago. In a very enthusiastic voice, he said he would love to collaborate with us. 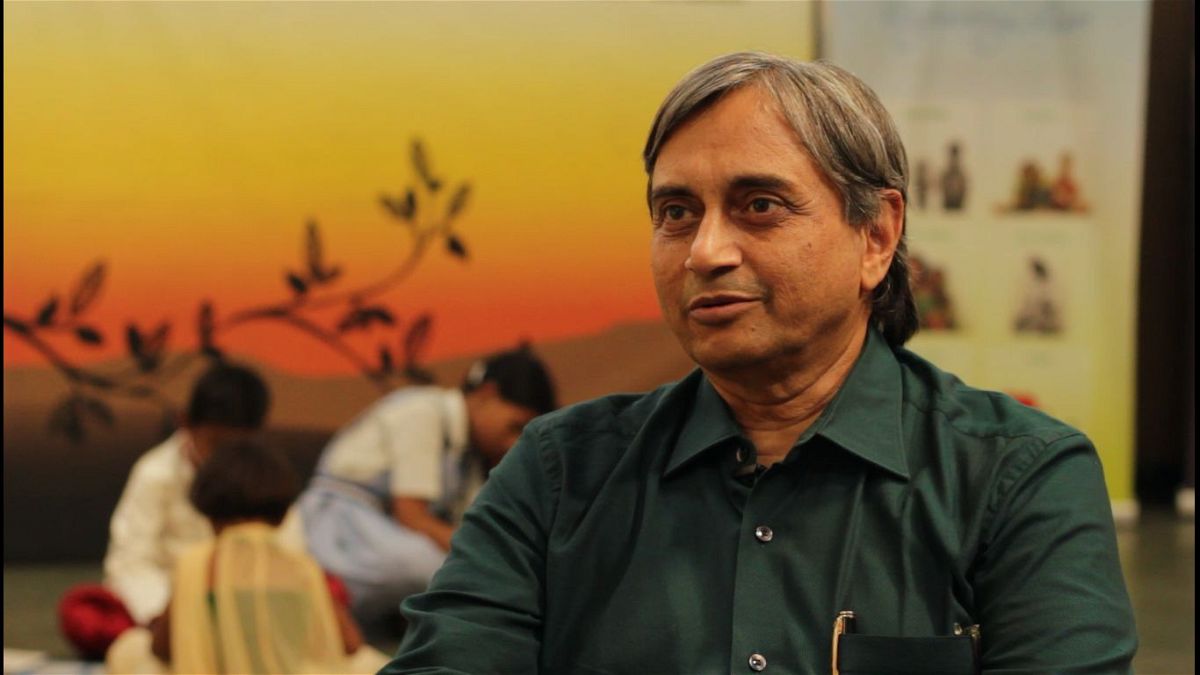 The Udaan Welfare Foundation is an NGO based in Mumbai which aims at empowering the lives of women, children and senior citizen. Through its Saksham Community Centre, the foundation works with seven slums in the Azad Nagar area of Thane providing free to highly subsidized medical services, informal education, and programs in digital literacy and skill development.

The dates for the camp were soon decided -- December 9 and 10, 2017. In the interim between my conversation with Dr Luniya and the first day of the camp, a lot of things had to be taken care of and everything, in one way or another, almost magically fell in place. Dr Luniya ensured that the camp had a large attendance. 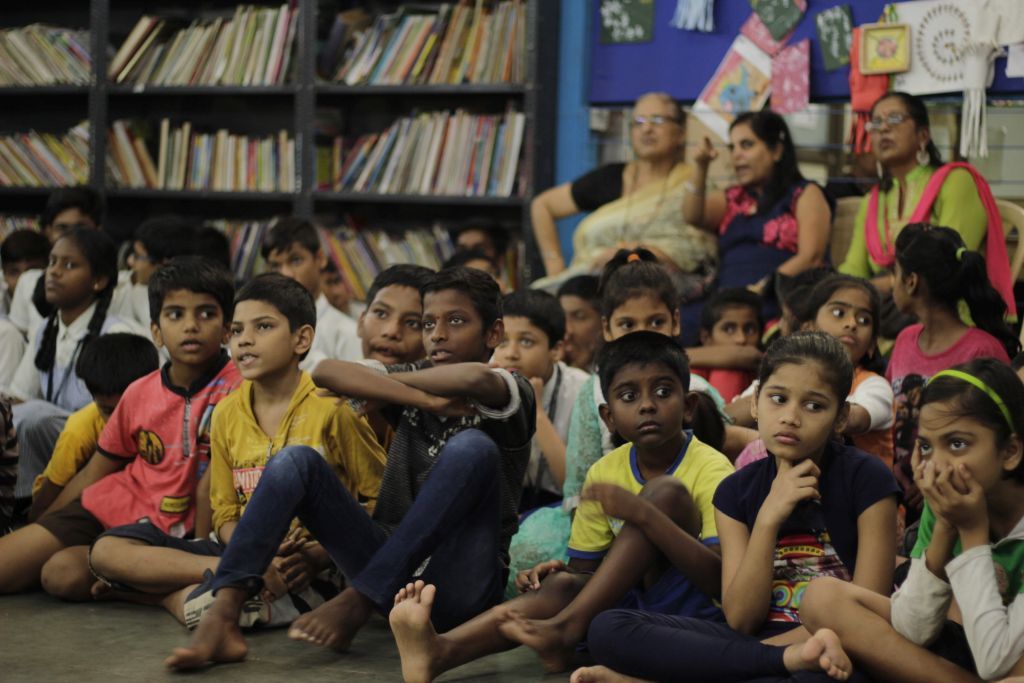 Students from not only the Saksham Community Centre but also nearby orphanages and schools were invited to participate | Photo: Sanket Ray

I was told to expect a turnout of around 75 but when I reached, there were more than 100 children, waiting eagerly to learn the royal game. Some of them knew how the game was played, some didn't. But what each and every one possessed was a zeal to learn something new. And we -- that includes me, one of my former coaches, Mr Vivek Rane and Akshay Patil, an old friend and chess aficionado who had joined us to teach at the camp -- had also decided to do something more than just acquainting the children with the game of chess. 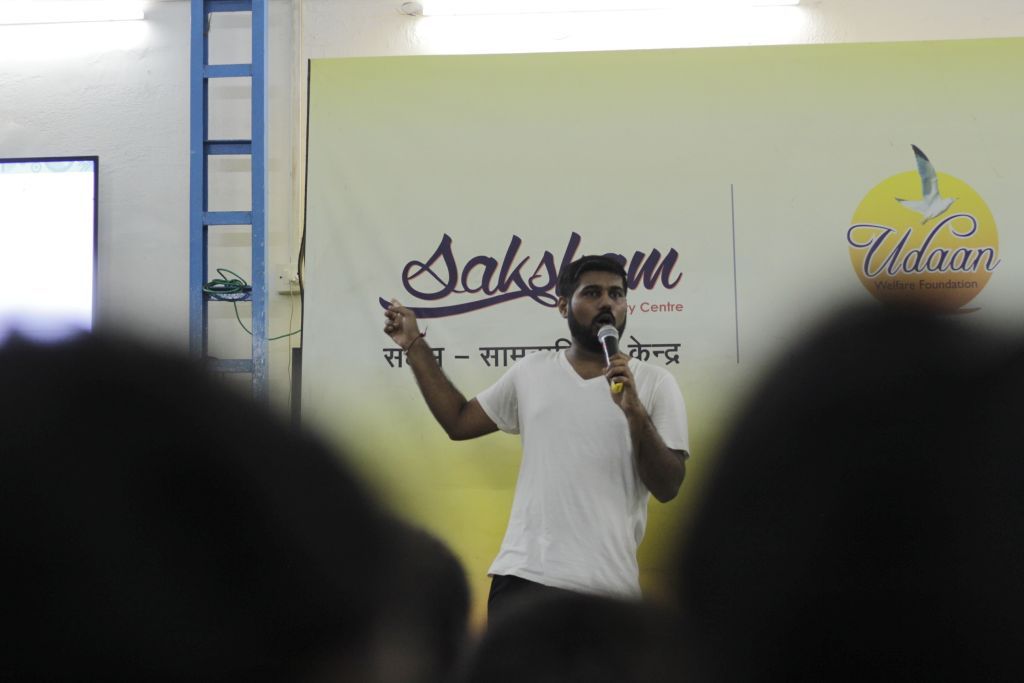 Yours truly acquainting the students with the basics | Photo: Sanket Ray

The first day of the camp was well mapped out. We started, of course, with the basics: how the pieces moved, what checks were, the en passant (kids had fun pronouncing this) and so forth. Mr Rane then spoke about how chess helps memory, how pattern recognition helps one remember opening lines and how one can use this outside of chess and enhance their memory overall. He further spoke on similar lines about the calculation, decision making etc. At the end of the session, students were given a memory test which demonstrably proved an improvement in their memory. 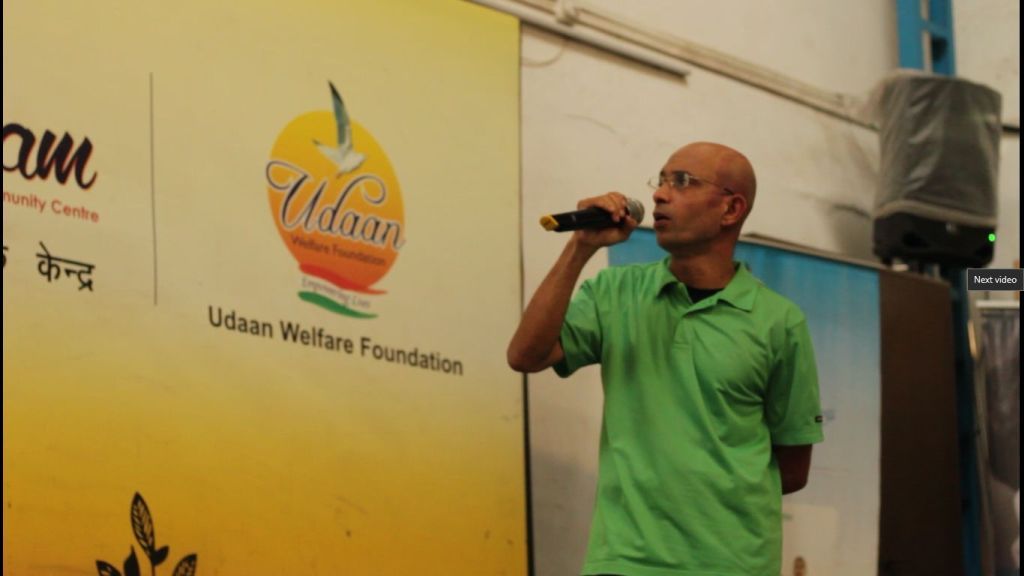 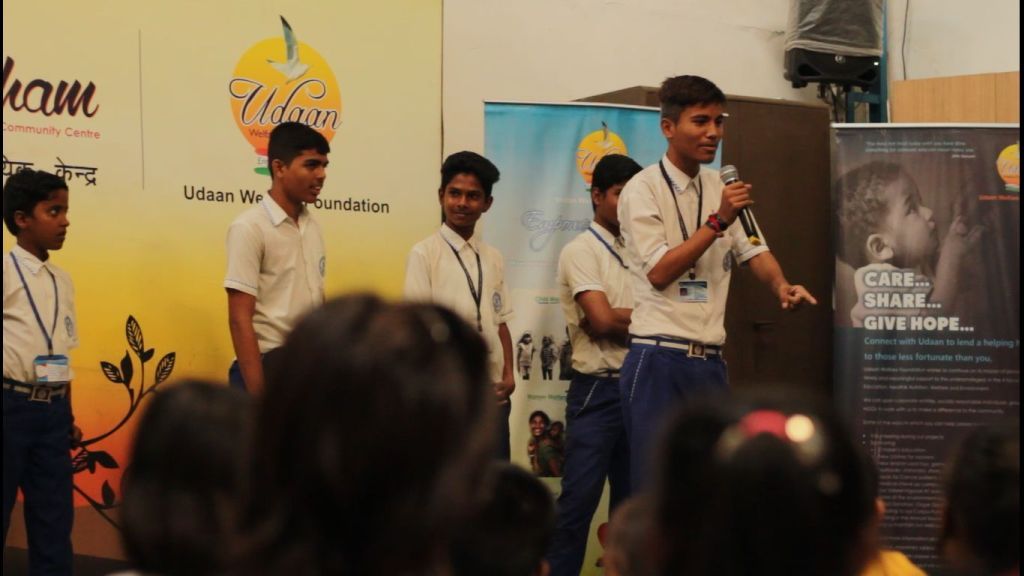 One of the participants recalling words from a list given to him | Photo: Sanket Ray

The day was brought to a close with the screening of the Disney Pixar short film, 'Geri's Game'. The only thing disappointing about the film, in the opinion of one of the students, was that it was only five minutes long. 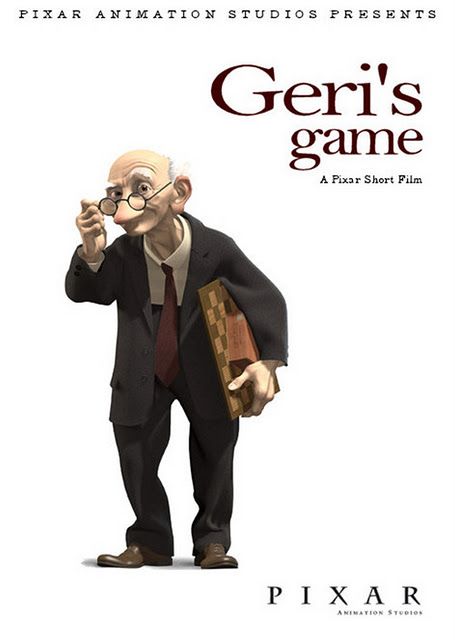 For the second day, we had a little surprise planned for the kids. International Master Vikramaditya Kulkarni was going to conduct a session with them. Needless to say, the kids had no idea who IM Kulkarni was. But his title, especially the word 'master' excited them. But before the children met the master, another session on mating patterns was conducted. To my surprise, Within just about five hours of training, the kids, even though stutteringly, were answering in algebraic notations! 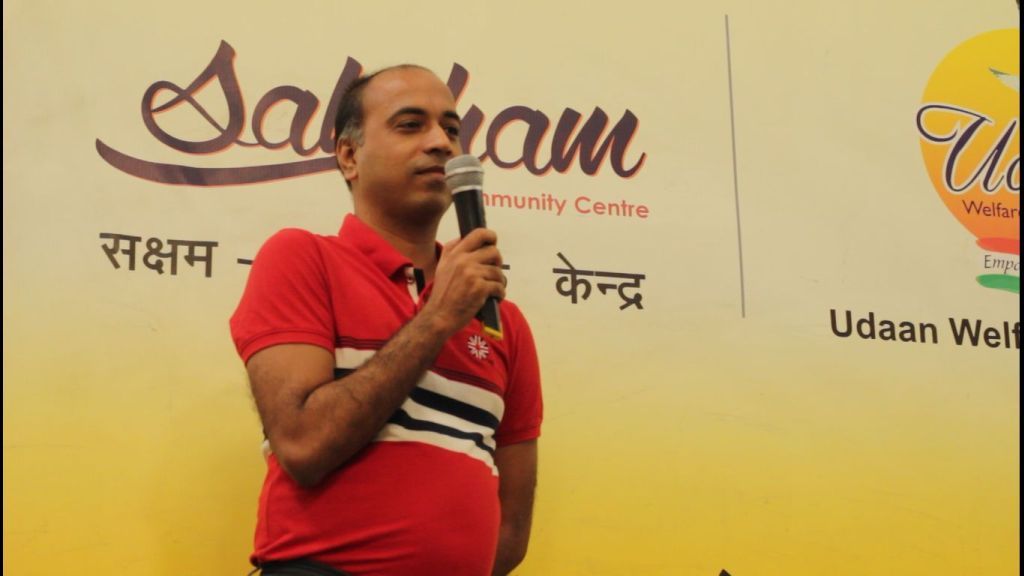 IM Kulkarni talking about his years as a beginner | Photo: Sanket Ray

When IM Kulkarni reached, he was pleasantly surprised by the enthusiasm of the kids. Talking to them, he recalled his early days when he had begun learning chess and how he longed to beat his dad. Further, seeing that there were some teenaged attendees too, IM Kulkarni spoke about pursuing chess as a career, the available avenues, government jobs in sports quota and so forth.

IM Kulkarni had initially promised only an hour of his time. But seeing the enthusiasm of the participants, he not only decided to stay longer but also offered to play a simul against all of them. The kids cheerfully accepted the challenge. 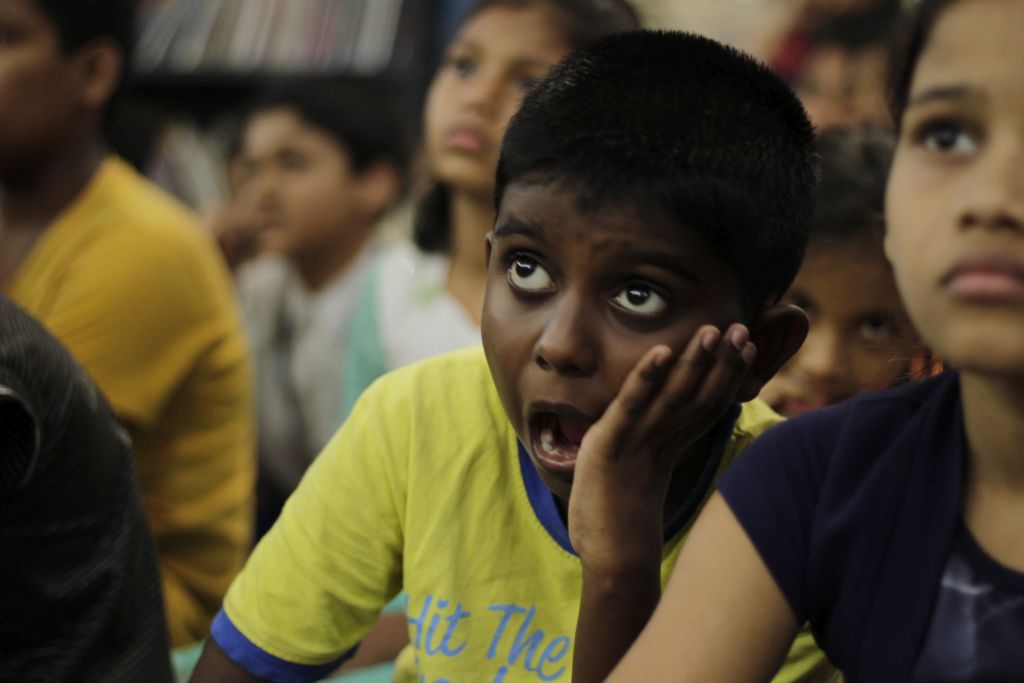 Well, at least most of them. Some, as you can see above, were utterly shocked! | Photo: Sanket Ray

Not one of them was able to beat the international master but just the fact that they had played him made them happy. By the time, the simul ended -- and with it, the camp -- the scheduled three-hour session had stretched longer than five hours. But nobody was complaining; there were smiles all around. IM Kulkarni during the simul which had to be played on the floor since it was organised impromptu! | Photo: Sanket Ray

And the end of the camp did not mean the end of learning for the kids. More than 20% of the attendees showed interest in participating in regular coaching sessions and Akshay Patil, on behalf of ChessBase India, has been coaching the kids every Sunday, ever since. 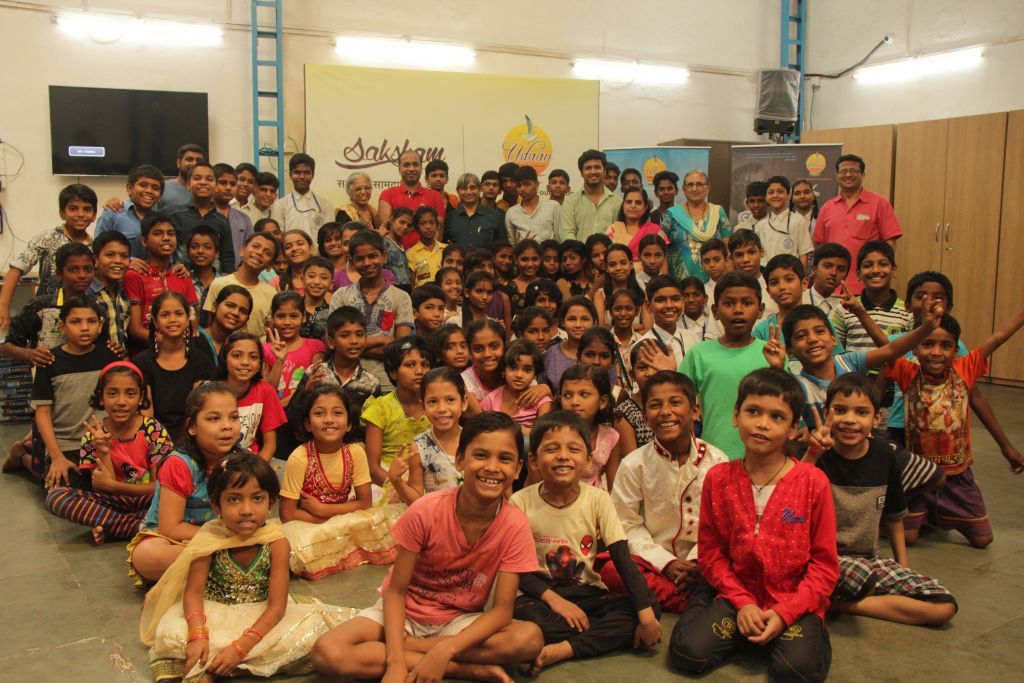 Like I said, there were smiles all around! | Photo: Sanket Ray